Mafalda Carmona, 8th, 13th and 19th Cycle Winner with her Concept Projects F3RH, LC2, Baal and RoSaS was born in 1968, in Lisboa, Portugal.She received Bachelor’s Degree as ElectrotechnologyTechnician from Frei Luís de Sousa School, in 1985.She went to study at U.L., Lusíada Lisbon University (Universidade Lusíada de Lisboa), at present Minerva Foundation (Fundação Minerva), and attained Architectural Master Degree with distinction in 1992.In 1996, she went to a specialization course in Architectural Analysis and Semiology at the Lusíada Center of Architectural and Technological Studies (Centro Lusíada de Estudos Tecnológicos de Arquitectura), with distinction with her studies in the field of “genetic dynamic architecture”.She worked at several Architecture Offices at Lisbon being actively involved in the practice’s work in the area of conservation and renovation in current habitation and industrial buildings, retail and sports, nautical facilities, and in a wide range of buildings typologies and also master plans.After gaining experience with several nationally known architects, she is now working to herself.Since late 2009 she is entering Architectural Competitions.Her participation at Architizer Competition Competition 2010 has won the prize by popular voting by the Architizer Community and her F3RH_Project (Free Fire Floating Resistant House) was featured on the Architizer homepage in February 2010.Her work at Guggenheim Competition Re:Contemplating the Void, was included in a article at the Italian weekly L’Espresso, at the Section "Style and Design" in June 2010.Her project LC2 has been shortlisted for 20 20 X Architecture Awards 8th Cycle in September 2010, and in December 2010 LC2_Project was announced as a 20 10 X winner by WA Awards 2010s last cycle.In June 2012 RGB_Project was published at AECCafe.com.Her project F3RH has been shortlisted for 20 20 X Architecture Awards 13th Cycle in 2013, and in May 2013 F3RH_Project was announced as a 20 10 X winner by WA Awards.In May 2013 she has participated in a Brazilian first issue Magazine ZINE promoted by VASTUU at the section "Artes Amigas".At Pin Architecture competition February 2014 she is at Top 6 with her post-modern world vision about sea level rise issue.Her RoSaS_Project, submitted to 2014 Sumbrella Competition, was featured by sponsor as one of the most innovative entries.At the end of 2014, October, her proposal to MNPG arch Competition 2014, Hubit!_Project won the Sustainability Honorable Mention and was featured in several online Publications well know in Portugal as Design Magazine, Espaço de Arquitectura and at Ordem dos Arquitectos Newsletter. To see more about this architect copy the link: https://archiactivity.wixsite.com/mafaldacarmona 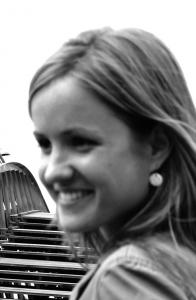