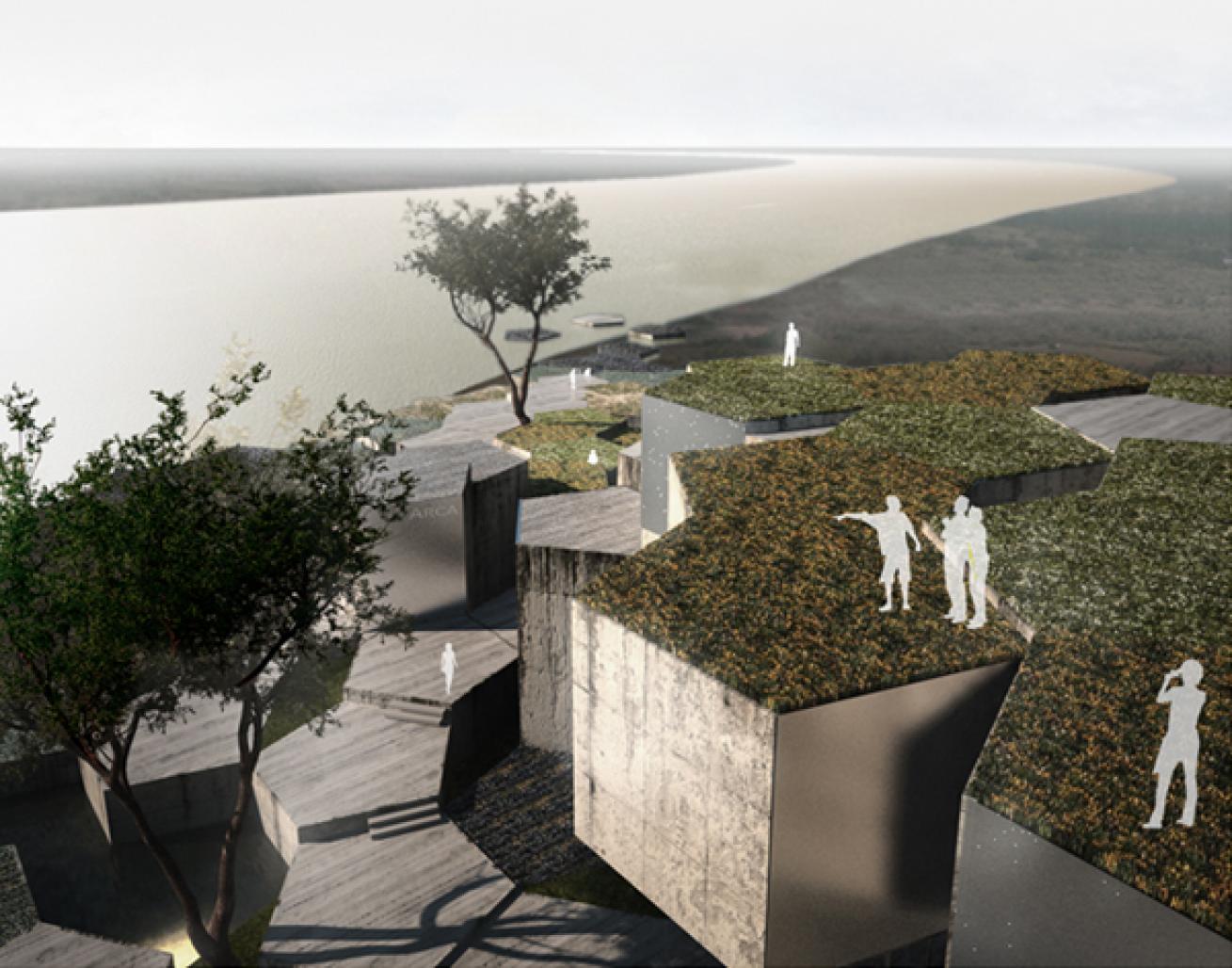 The project is a response to local conditions, a landscape as a backdrop and water as the protagonist, where not only is the decisive factor, but the concept generator of form and function.

It is an artificial topography, composed of modular elements, changing its ownership, which rise, fall and are linked, forming a set of tectonic movement and essence of the project, resulting in a geography, a link between architecture, landscape and people, promoting recreational, experimental and educational.

The river takes over the building as your level increases, hidden flood warning infrastructure, leaving fingerprints on surfaces, in experimental culture modules and the water storage units, signs changing in time for understanding their behavior .

Thus the building and its geography are transformed as a result of the action of the river, changing its landscape, its contentions, the hue of the walls, fertilizing the fields, generating life, colors, textures and sensations, developing an internal spatial function the water source.