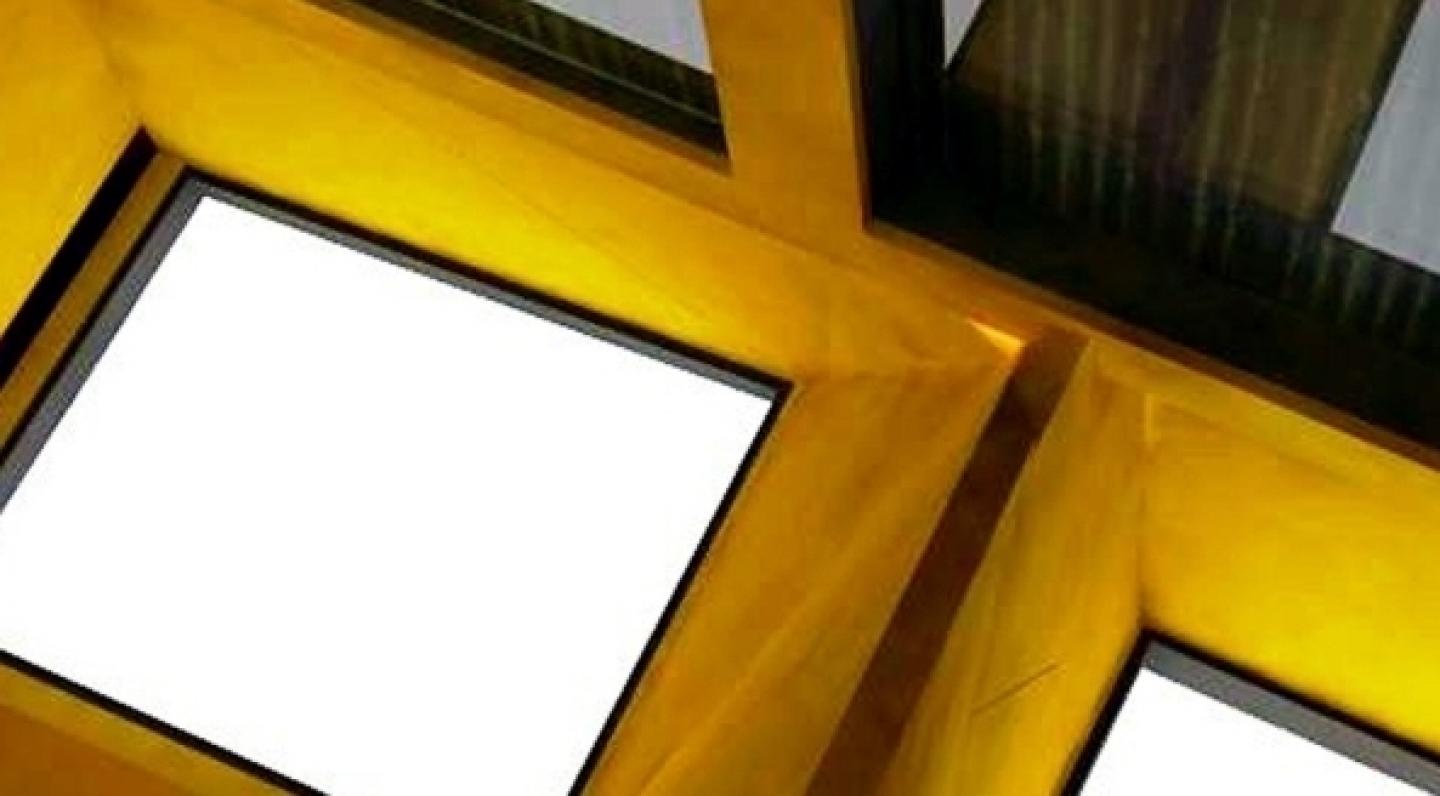 The LC2_Project (Light Caterpillar Cabinet) explores the idea of using the clients product - heavy machinery equipment like cranes, excavators, track dozers - or parts of these products, the cabin, for theoretical basis in the renovation of their headquartes and a top loft for the owner, in a 300m2 office addition that adjoins the existing, and unfinished, structure plant of L offices.

The LC2 species will be those that will organize and integrate not only the space for sale, display and exchange of heavy industrial equipment, but also space for recovery, maintenance and recycling of used industrial machinery, and also the loft, with an area of outdoor recreation and entertainment.

The transformation of pre-existence in the complex body starts by multiplying volumes a and b, which will be replicated in a factor x2.
In one way, “a” is the source of two bodies; one is rotated 11 degrees, that we will now call a11º.

In another way, and the more significant one, that is the matrix for the nesting of the species LC2, called from now on -a11º. A figuratively classification understood as semiotic which occurs when an element receives references to objects, people or real-world scenarios, the body -a11º can be considered as head of the main body, because it complies with the functions of view, wind, and communication with the outside world, it is the most important element because is through the openings, the windows, that major exchanges can possibly be done.

In another way, “b” gives rise to 2 L-shaped bodies, which are accessories, or members of the main body, serving as arms that are responsible for the functions of enthalpy energy, designated from now ondelta b1 and delta b2.
Main body a11º, we can classify it in trunk of the body contains the specific factors of relationship between the loft and the environment that surrounds it. It is a11 that expands the interior space of the loft to the outside on a roof garden.

Moreover, -a11º expands the loft area once it is subdivided to form the niches where it will locate the specimens LC2 with the windows that make available all the changes with the exterior.

So the nested species LC2 emerges as a consequence of spontaneous experimentation as a set of individual beings with common genetic (genotype) in an apparent disorder merely organized according to the environment (phenotype) following the instincts of the group. At a later stage these specimens may turn into something very different, either because of environmental adaptation, either because their own preferences and empathy.

The species LC2, as other species in nature like butterflies, insects and many plants, is perfectly adapted to the environment. That is the reason for its yellow color, which is designed to capture, through components of ink, the energy required for the entire system.

The structural coloration of butterflies is inspiring nanotechnology research to produce paints and led to the innovation of efficient light emitting diodes. In the Future paint will be a nice coating of energy generating by solar cells on flexible sheets using a combination of carbon nanotubes (or buckytubes) and carbon spherical fullerenes, also called buckyballs, that are cylindrical fullrenes that becomes superconducting which leads to a metallic behavior.

Today we believe that the solution is to fill the facades and the roofs of the buildings with photovoltaic elements to collect energy, as once thought that communication was solved by the placement of home satellite antennas that populate the roofs and facades of buildings a few years ago. Like them, the energy solutions of today will become obsolete tomorrow, and ultimate solution may well be in ink: simple, simple is better.

In this way, new species could be placed on top of existing structures, in a way they unifies the existing places and are the defining element of new places. In this specific example, they adopt one color, one disposition, one esthetic that is used by almost machinery brands: the yellow color and metallic skin.

Yet, in their desire to adapt they can be green, cover with ivy, blue, glass, bamboo, wood, ceramic tiles, and multiple skins to generate light, wind, shadow, worm, cold, in order to supply the needs of the environment and to deal with sustainable development to a green self production cycle in a sort of self sufficiency, letting LC2 act as shelters, housing small mammals, and domestic animals like rabbits and chickens, and also several species of birds living in the area, and can also acts as greenhouses for vegetable culture, with the installation of multi-store shelves to gardening, that would optimize cultivation´s control concerning water – supplied by existing water tanks on top of delta b1 and delta b2- and wind control.