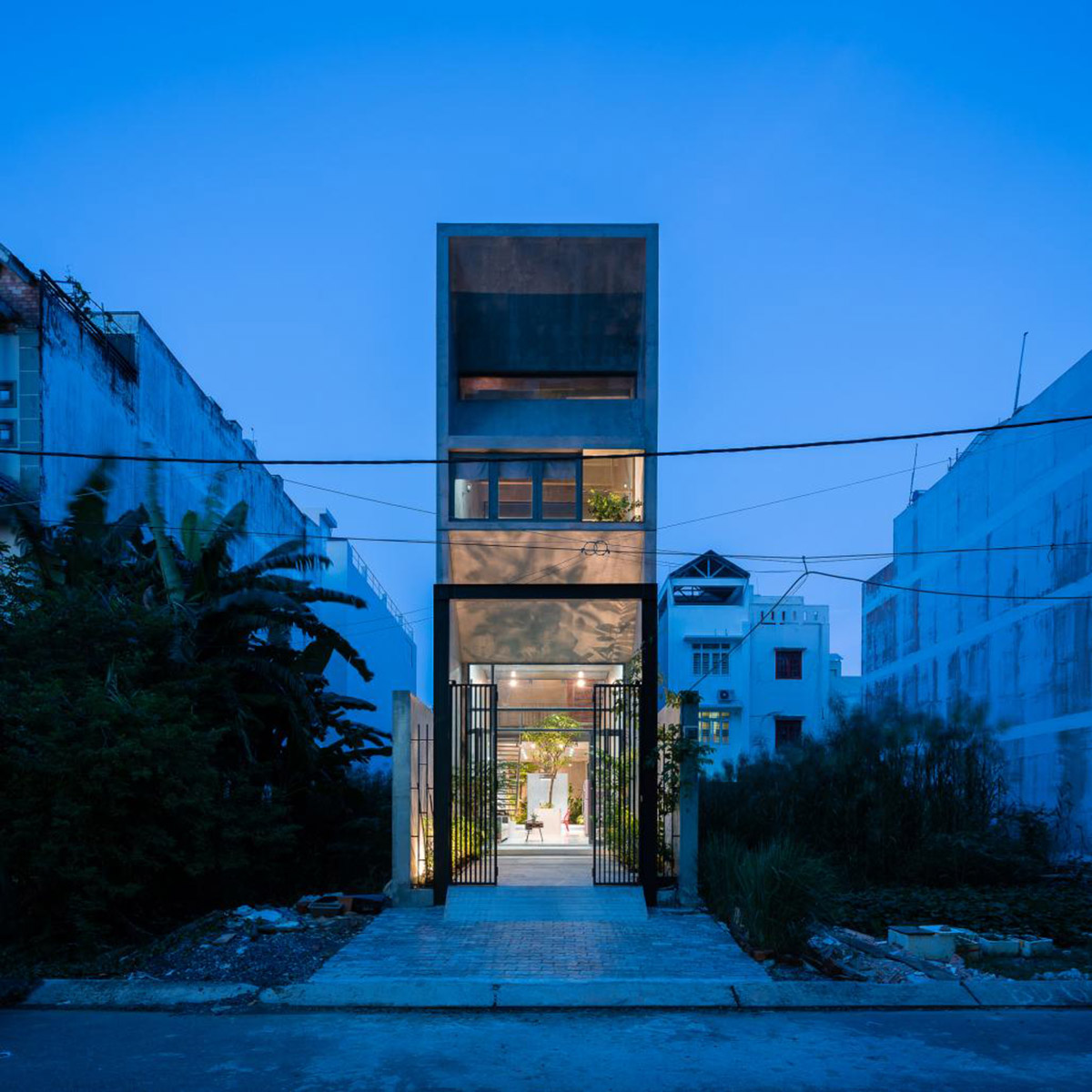 Vietnamese architecture firm 23o5 studio has built a narrow house that can be adaptable to comfortable lifestyle in Vietnam. Called Tien House, the 95-square-metre house was designed for a young man, living with his mother.

Located on a new plot of Vietnam, the house was designed to expand the traditional motto of urban houses that can be flexible for every type of lifestyle.

The architects paid attention to the common spaces of the house, rather than the kitchen that is clearly divided by the dinner table or partition.

Tien House is competing to be the winner of WA Awards 39th Cycle. If you are a WAC member, who has a project that was uploaded to your WAC Page 1 month ago, you can Rate the project on this page until 10 December 2021.

The house looks like a tubular structure, while its interiors are filled with a plenty of daylight and flexible spaces.

"The son asks for a room that can be opened to the maximum, with clear views towards the front where he can create and make a small studio attached to his living space," said 23o5 studio.

"His mother asked us for a large space for the kitchen - the host regularly welcomed the guests at the weekend, although the house is only 4 meters wide." 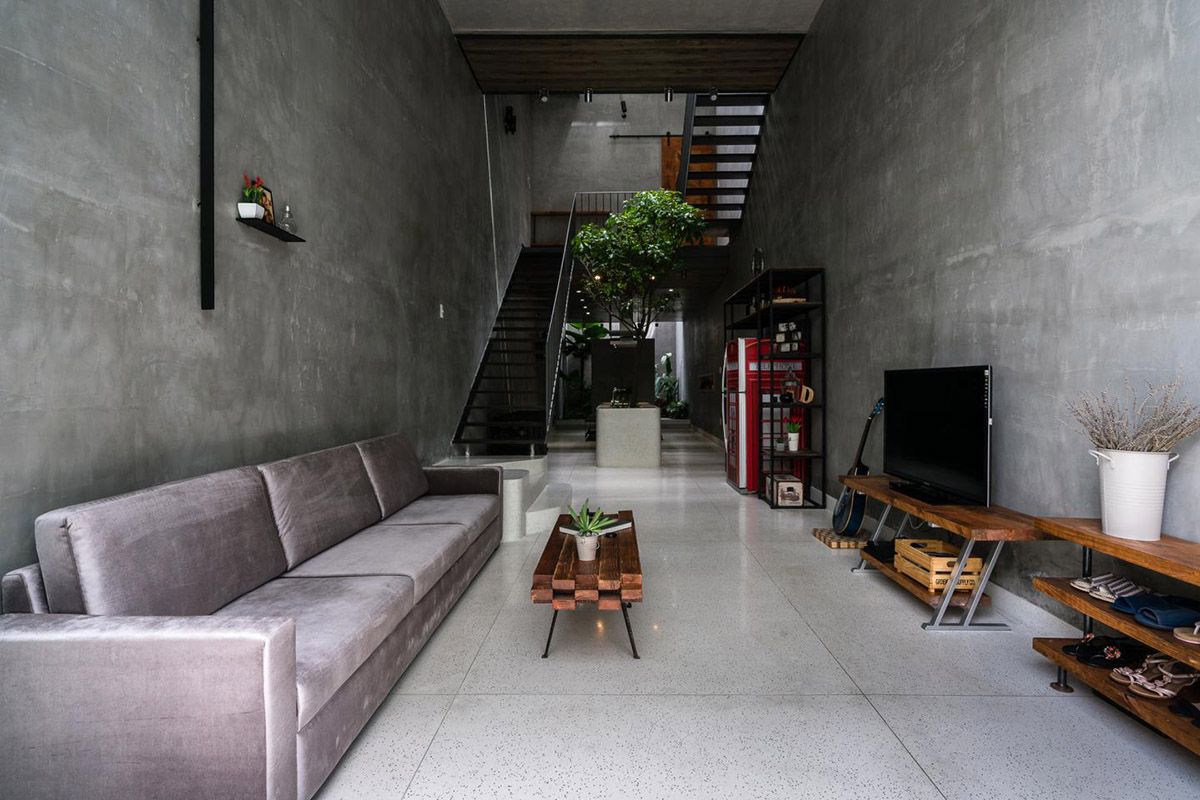 The studio extended the kitchen and connected it to the dinner table, which is placed in the vertical position of the house. The kitchen becomes a major space, extends the public space of the house. 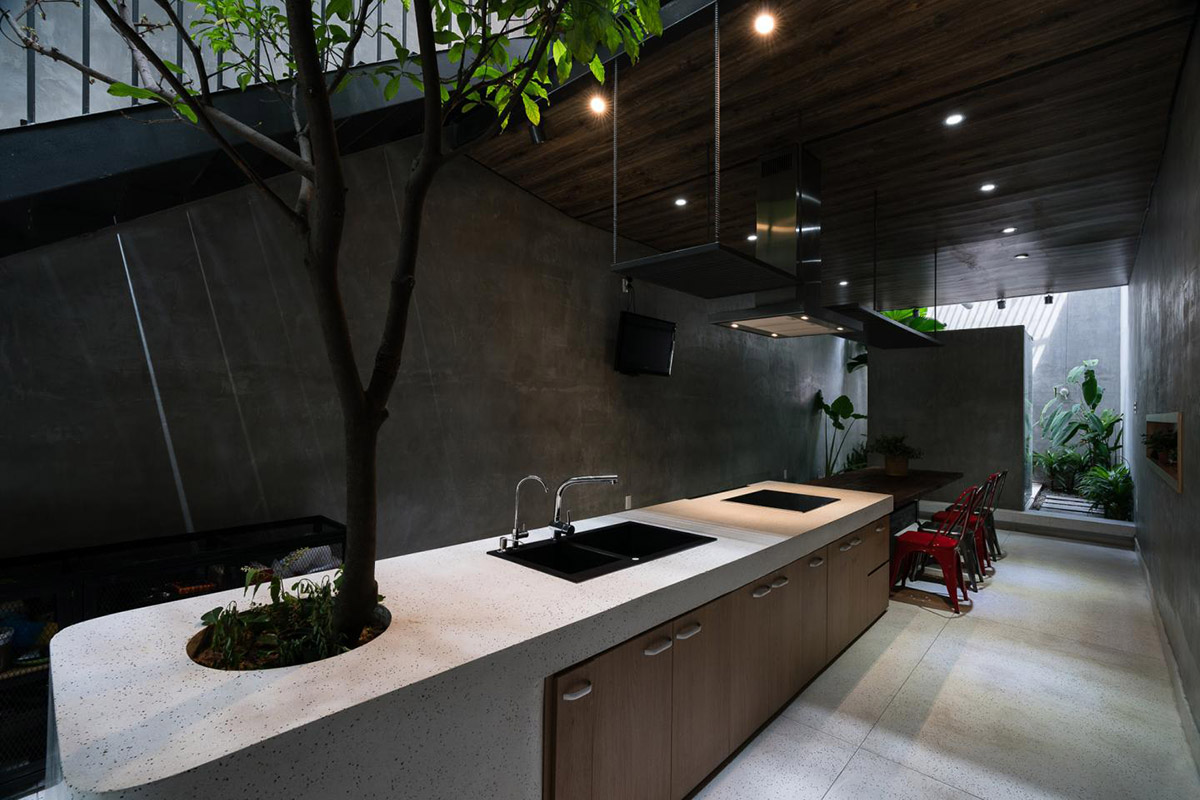 The design team opens up the master bedroom with glass panels on the front façade. In this way, the team aims to create daylight and view to the space. Based on the building regulations at site, studio decided to create the voids directly from the roof, which creates views that look at the sky at night, which will be used to light the day. To solve the “voids” optimally, the architects use quadrilateral crossbars, and the sides are inclined in the opposite direction of light from time to time filled space is filled with light. 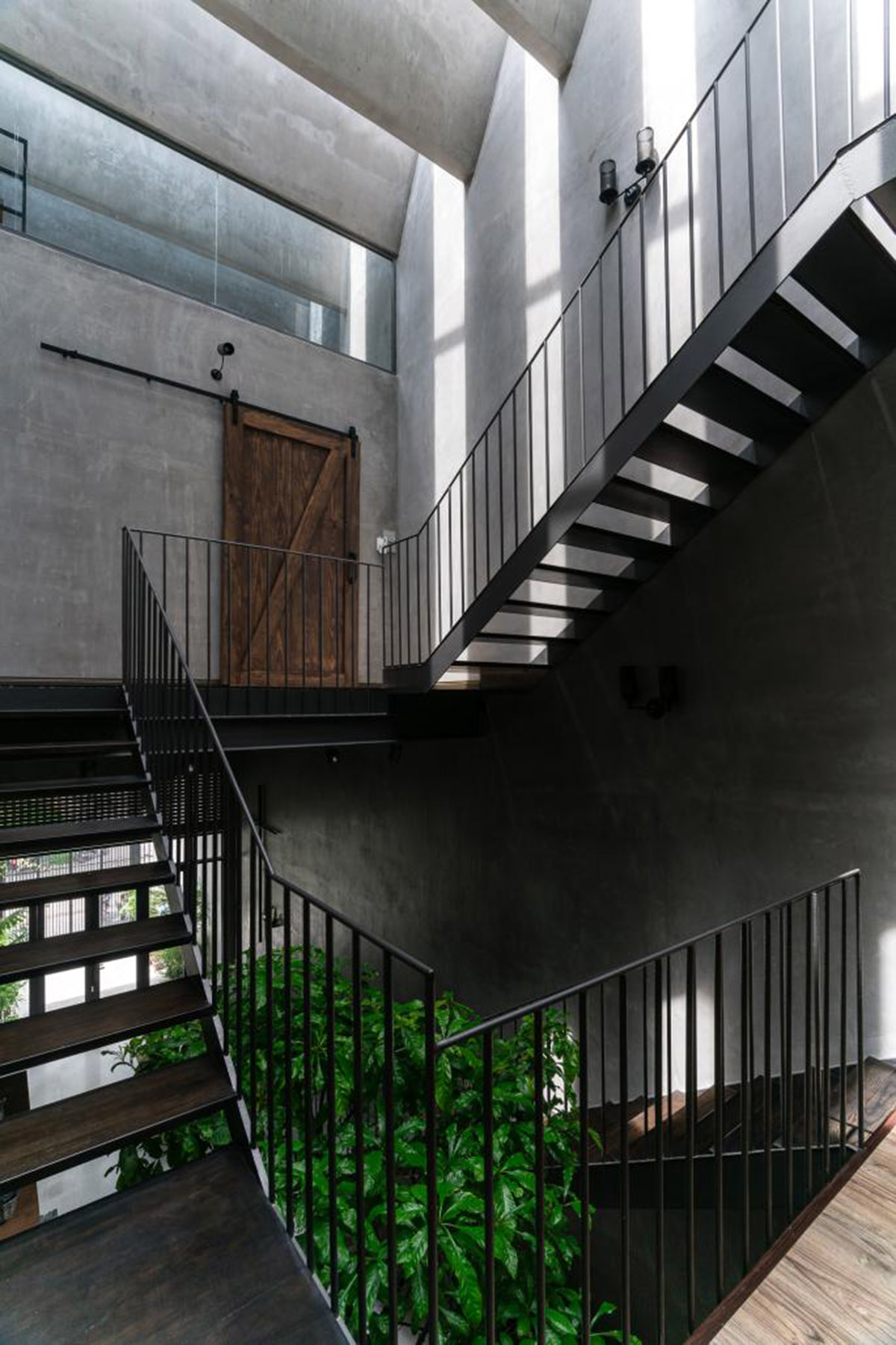 The goal of the project was to create a continuous space throughout the house, not separated by walls or stairs.

The spaces are connected by the language of natural light, to bring people closer to the surrounding environment. The open space has a larger volume than the closet space - the bedroom. 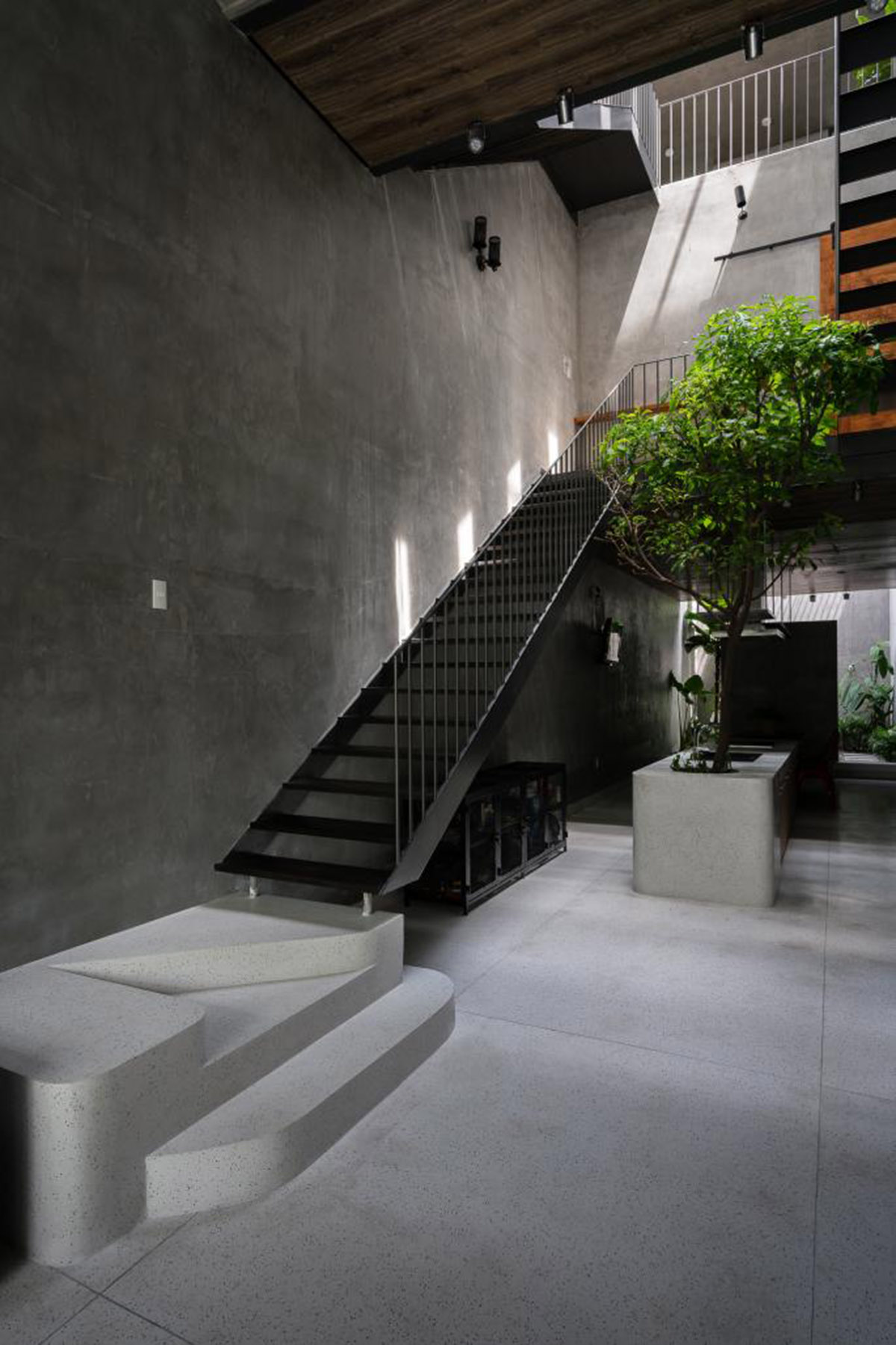 "New lands of the city are gradually filled by urbanization. In the process of development, old architectural forms become obsolete. Vietnamese - tube house is one of the typical examples, the repetitive construction, which takes away the living space in the house," said the studio.

"Interacting with the human, motivating and toward better space values. How to build new spaces, contributing to change human thinking in the space of living. With the shortage of large space in the city, people are gradually narrowed in backward tube houses." 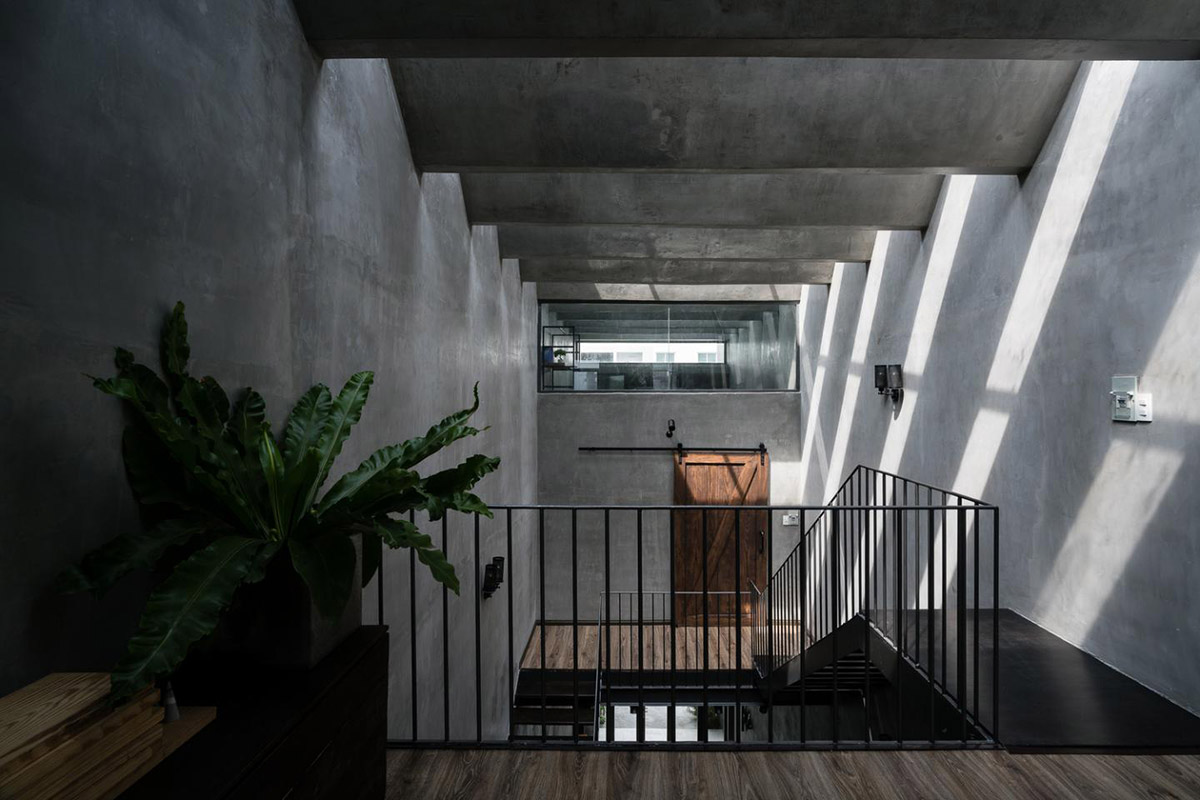 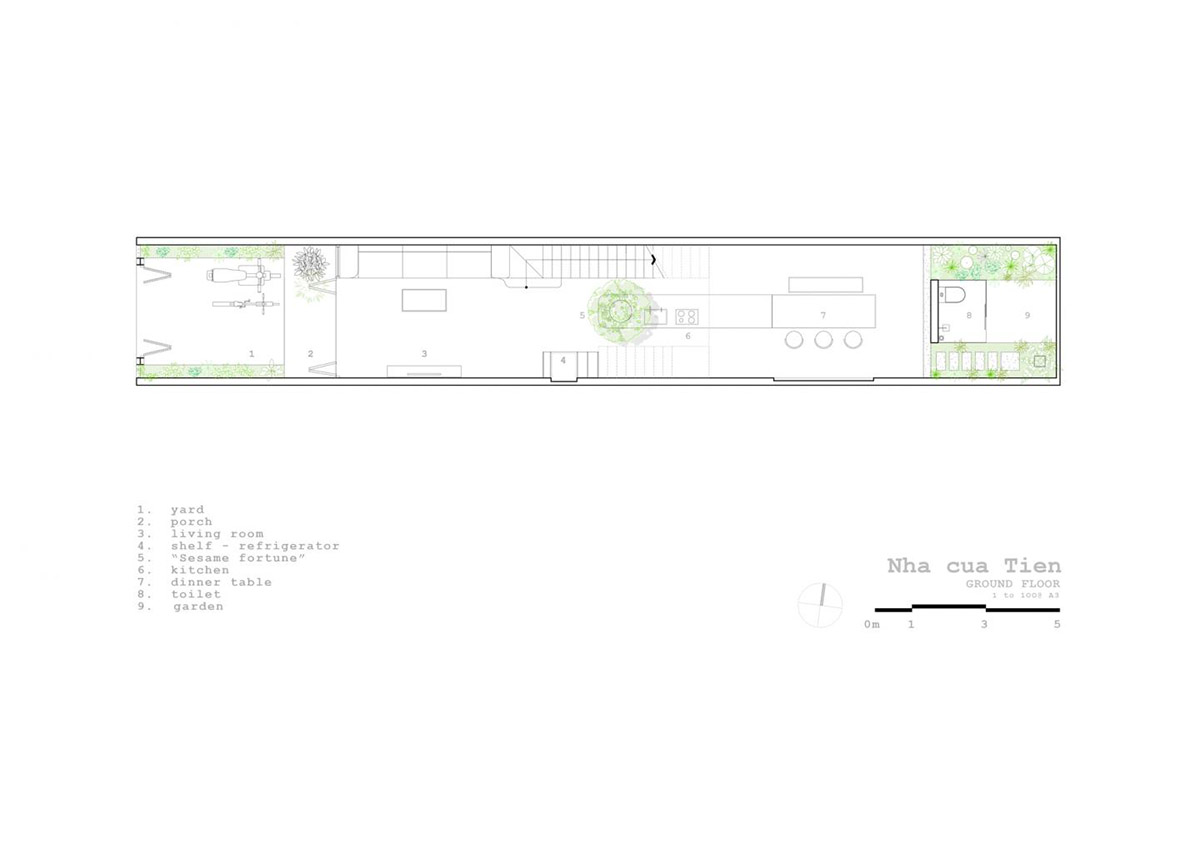 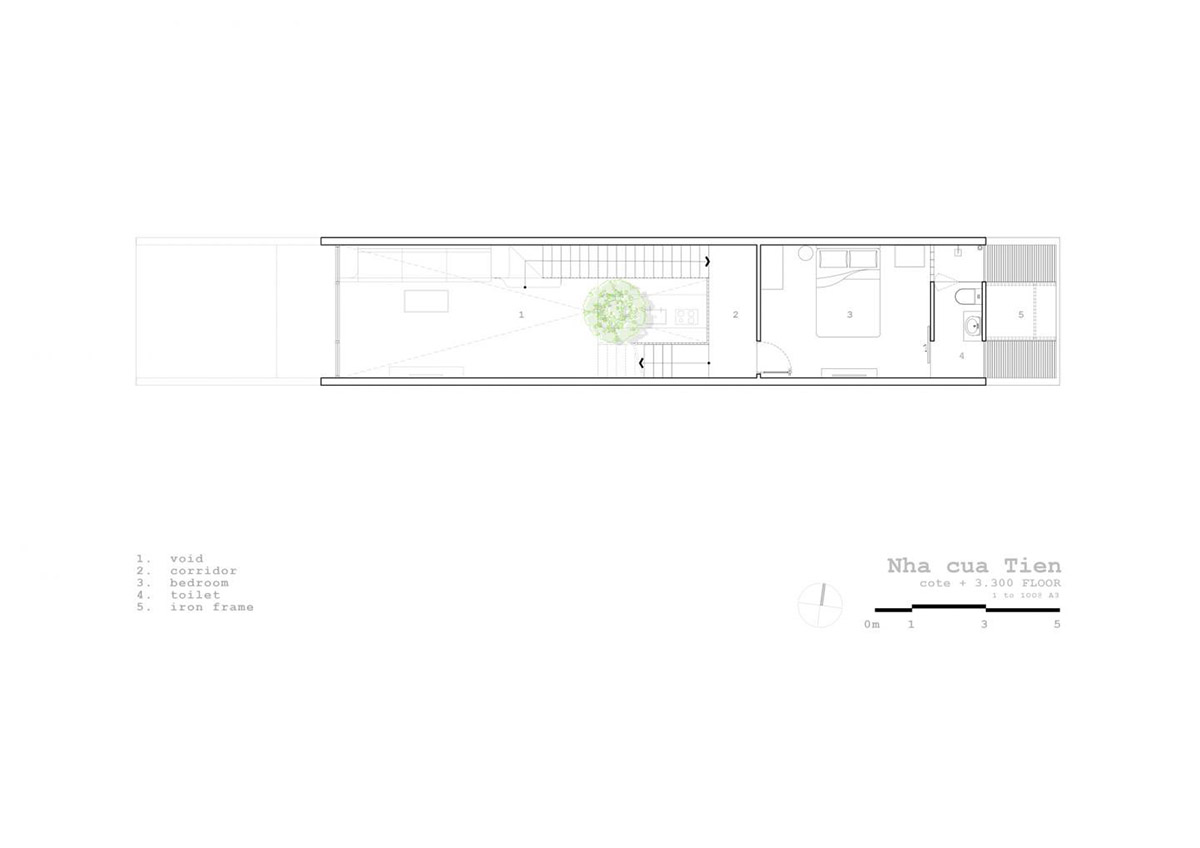 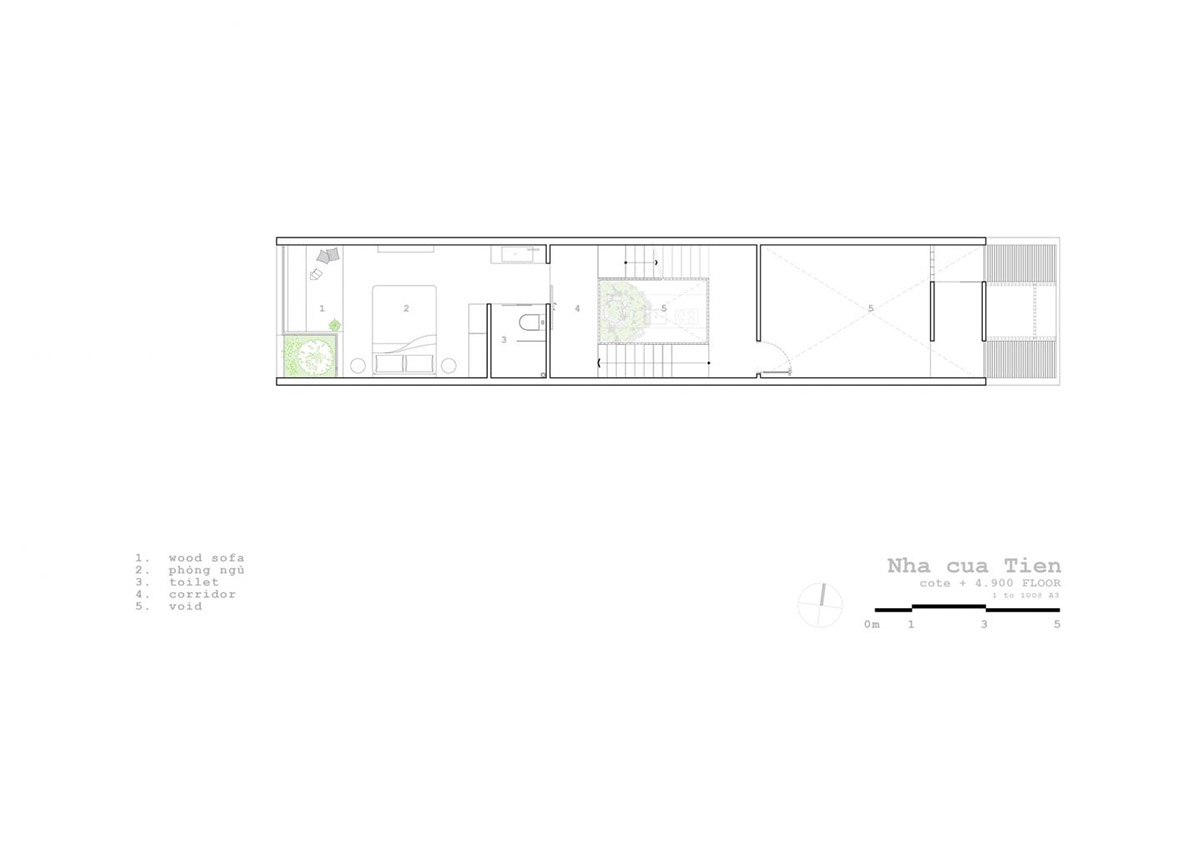 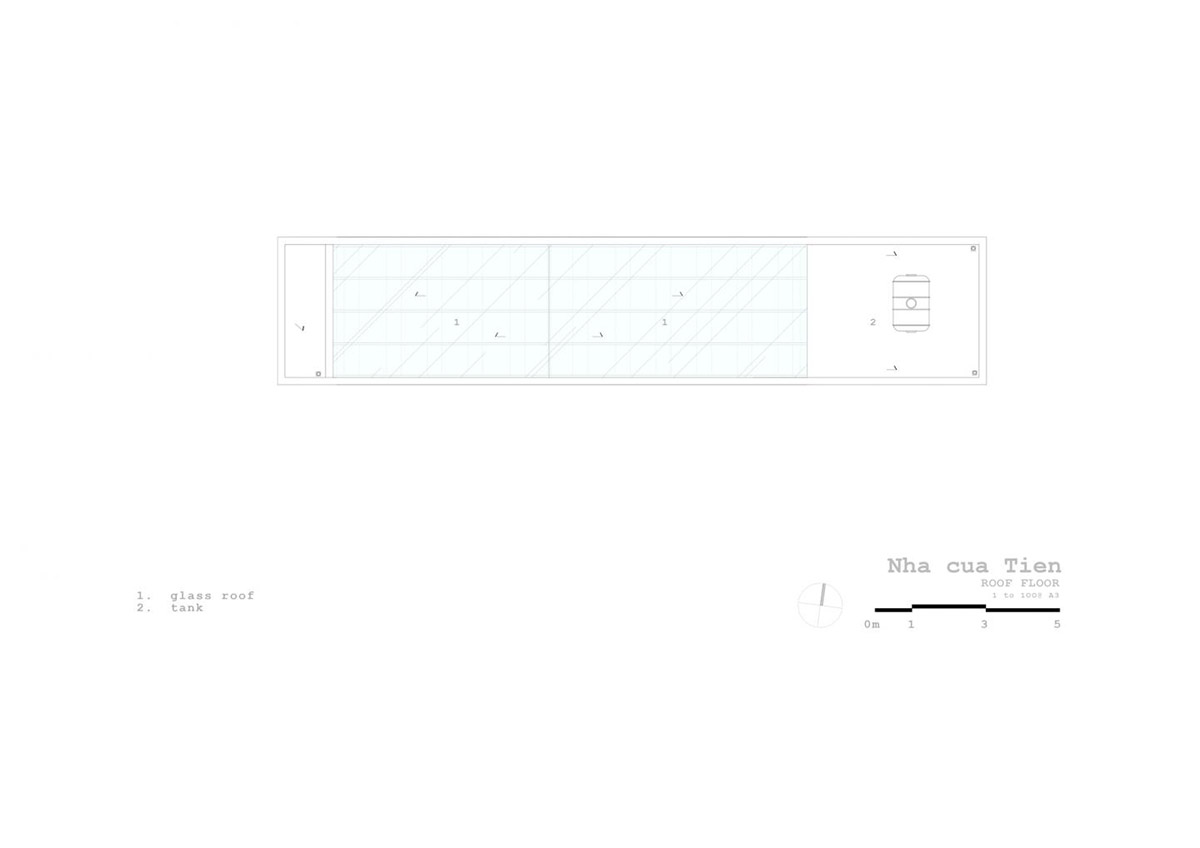 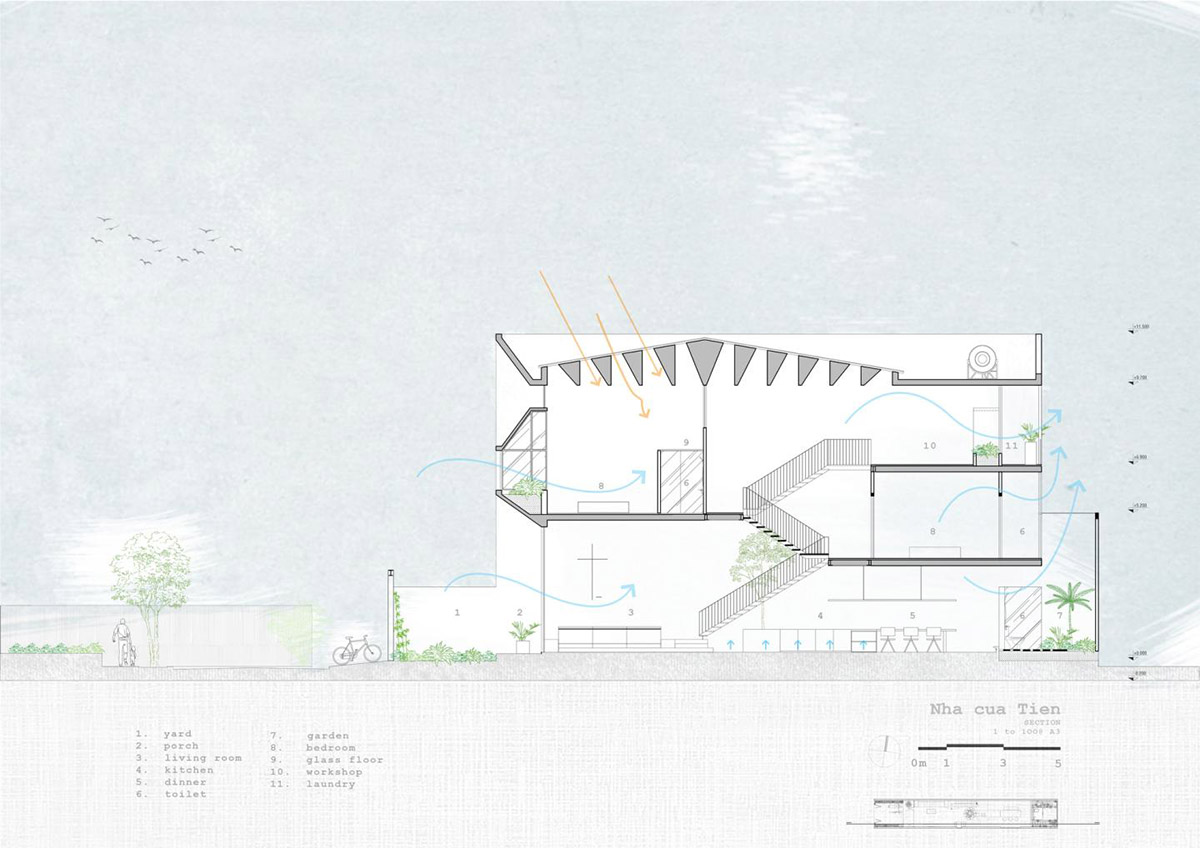 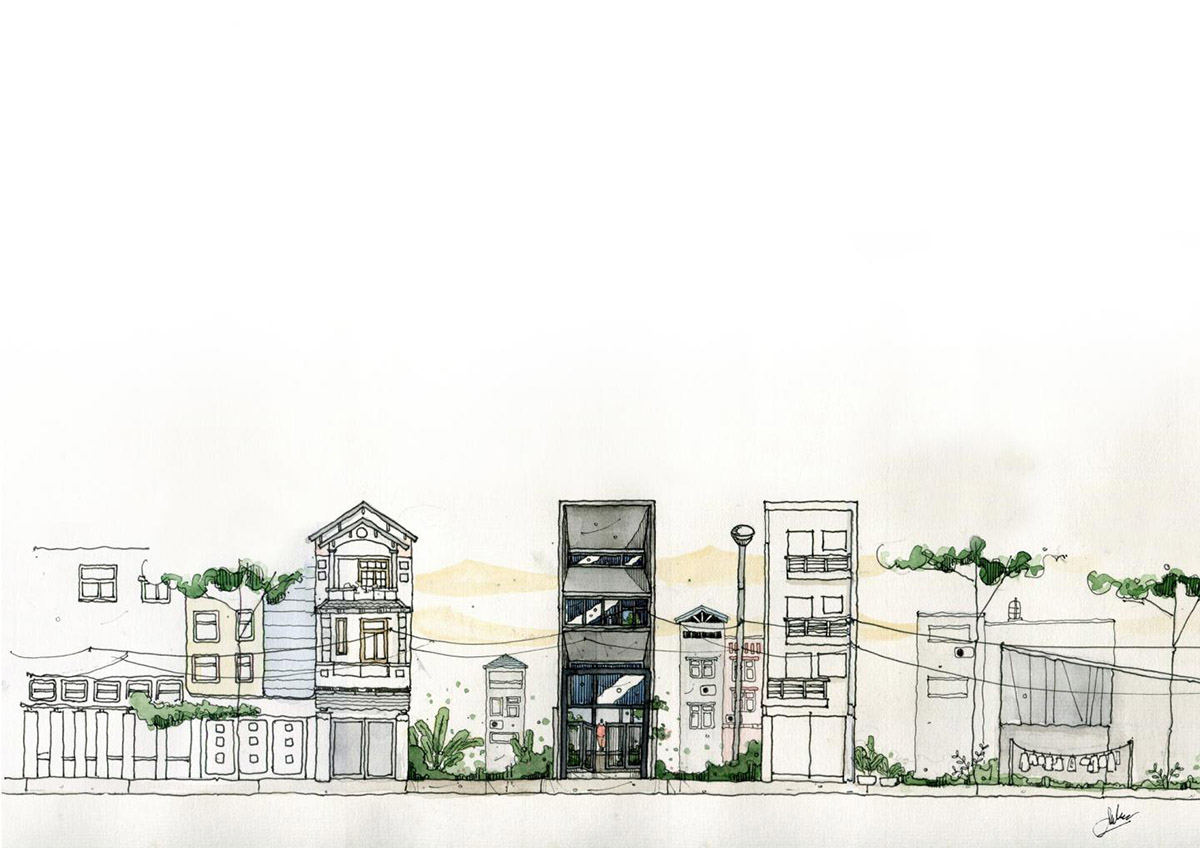 23o5 studio previously won the WA Award in the 37th Cycle with The Red Cave and The Pink House, and 38th Cycle with The HUT. The studio is competing in the 39th cycle with 2 projects: Tien House and NHT Apartment in Designed category.