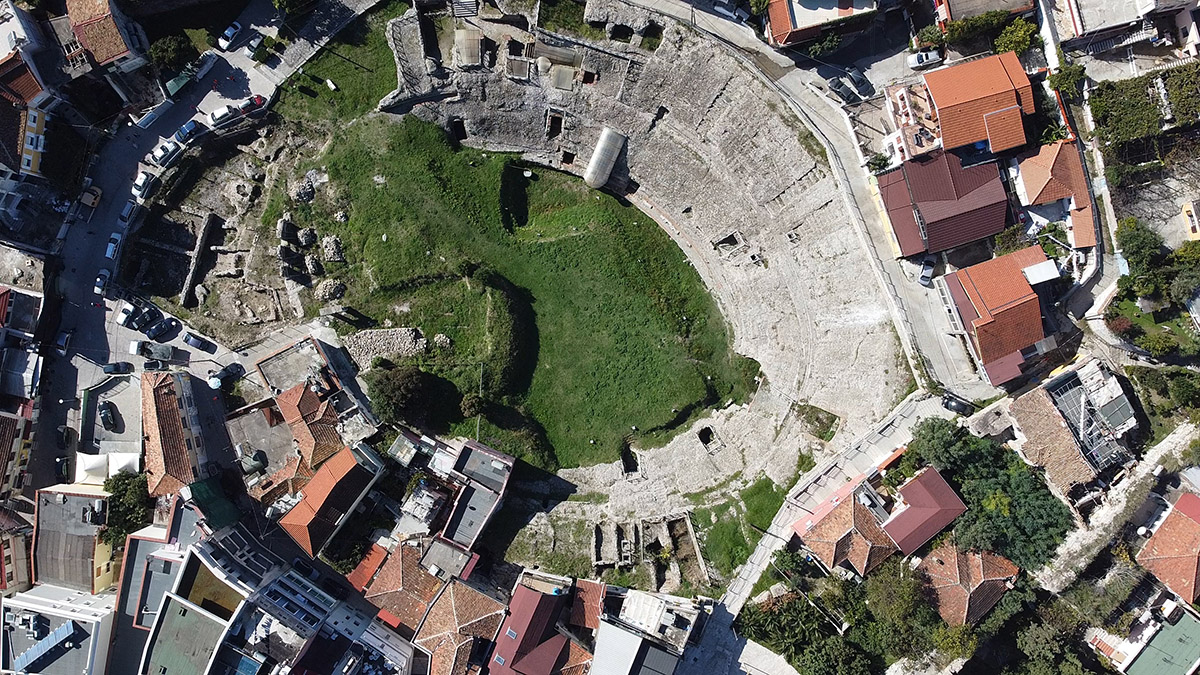 Italian practice Stefano Boeri Architetti and SON Architects have been announced as the winners of the tender organised by the Ministry of Culture and the Albanian-American Development Foundation (AADF) to develop a vision for an archaeological site in Durrës, Albania.

The team will develop a new projects for the conservation, presentation, interpretation, enhancement and planning for the Archaeological Excavations of the Roman Amphitheatre, the Byzantine Forum and Roman Baths, including the design of a series of urban pathways in the historic centre of Durrës.

The project will comprise an Archaeological Park in the heart of the city of Durrës for residents and visitors.

The new plans are developed as part of a long-term vision outlined in the recently drafted Integrated Management Plan (IMP) for Durrës, aiming at enhancing the city’s historical assets.

With the new redevelopment plans, the city of Durrës is "set to become the cultural gateway of the Mediterranean, a hub and magnet for Albania and the region with its amphitheatre playing a leading role as the icon at the heart of the city." 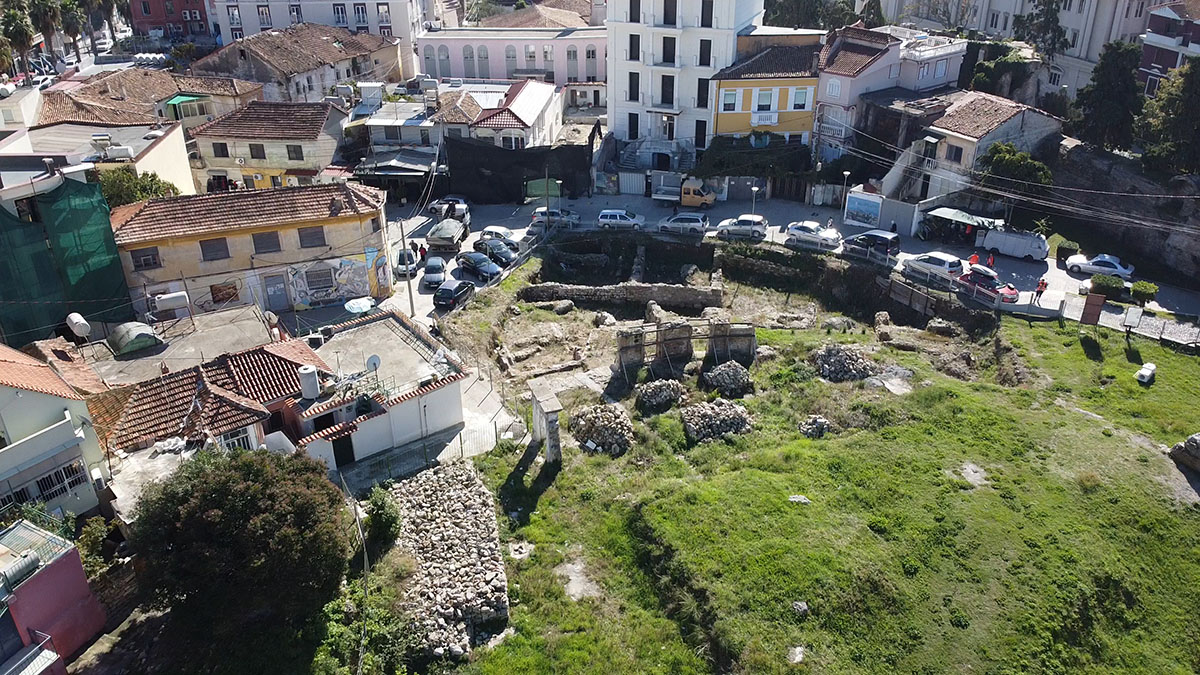 According to a press statement by Stefano Boeri Architetti, the winners will be responsible for the interpretation, presentation and enhancement of the Roman Amphitheatre, the Byzantine Forum and Roman Baths,

The team will also design a series of urban pathways in the historic centre of Durrës.

With its elliptical shape, the amphitheatre plays a leading role as the icon at the heart of the city.

"The amphitheatre has been neglected for a long time and there has not been a plan for the integration of the archaeological resources of the city or the creation of an itinerary largely due to limited funding and a slow timescale with international archaeological teams working on a part-time basis," as stated in the press release.

Today, the amphitheatre is the main archaeological attraction for the city and receives approximately 20,000 visitors per year (pre-Covid-19).

The urban pathways will "become a tool"

The team will propose new urban pathways that are aimed to become a tool "for re-connecting the physical and visual links between historical assets of the city's urban heritage that have been fragmented by modern development."

Thanks to the new scheme, the new urban paths will then be used by residents and explored by visitors.

"The main objective of the project is to connect the waterfront and the port of Durrës with the city’s main tourist attractions by means of urban pathways, since many outlying cultural assets still remain disconnected and difficult for residents and visitors to access, thereby hindering touristic development," stated in the press release.

The pathways, conceived as key elements of design, are intended to connect these sites. "One component of this project is the establishing of the legal status of these rights-of-way for future protection," the statement added. 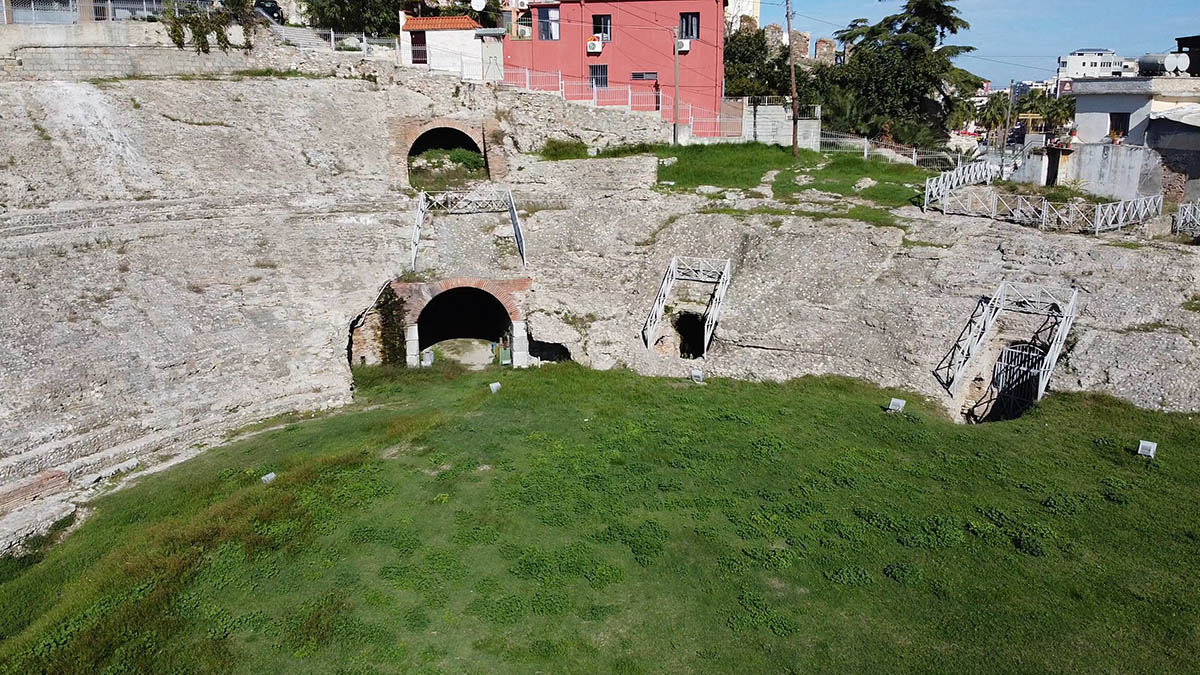 The Byzantine Forum and the Roman Baths are also important cultural assets for Durrës, although unfortunately they are closed, hidden, and underappreciated.

The Roman Baths are listed as a cultural monument. They cover an area of approximately 700 square meters and include different spaces, of which only two, the caldarium and pool, have been identified, while the tepidarium and the frigidarium remain unexcavated.

The archaeological area of the Byzantine Forum, or so-called “Rotonda” served as a public space for the organization of fairs and meetings and covers an area of approximately 2,530 square metres.

It contains the remains of a round portico with a podium at the centre which remains partially below the level of the surrounding streets, sidewalks, and buildings. The two areas are currently separated from each other by a narrow unexcavated strip at the current street level and access is only granted by special arrangements.

Stefano Boeri Architetti and SON Architects will work closely with the Ministry of Tourism and Environment through the National Tourism Agency, the National Coastline Agency and the National Agency for Territorial Planning on the project.

"The Durrës Amphitheatre is not just a cultural monument, but a representation of the symbolism of city of Durres, an evidence of the past glory of this ancient city, which must be returned to the attention of every visitor of Durrës," said Elva Margariti, Minister of Culture of the Republic of Albania.

"The centuries have cast a shadow but have not extinguished the light of the immense cultural wealth of Durrës, hence the project for the conservation and revitalization of the amphitheatre is necessary to restore some of the ‘lost’ glory."

"The amphitheatre will have to come to light in all its grandeur and to be part of a cultural map of Durrës, aiming to connect through a network of paths all the monuments of the city. Durrës has an extraordinary archaeological wealth and there is a lot more to discover, yet all roads, should lead us to the amphitheatre," Margariti added. 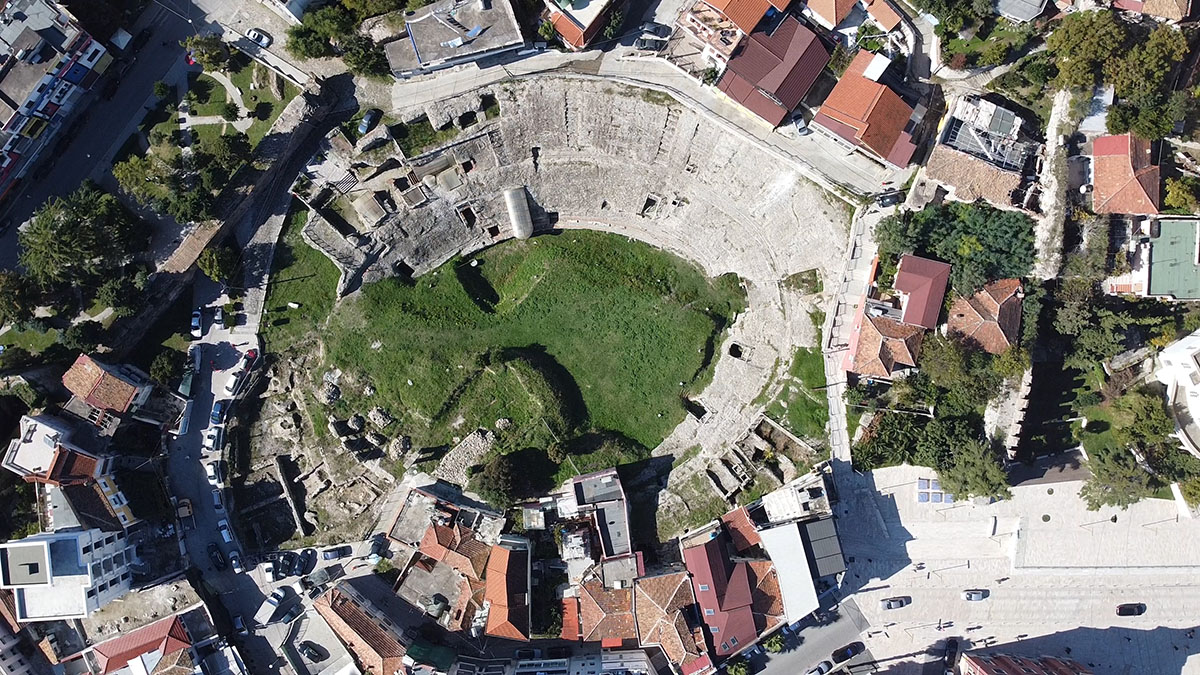 The project will be funded and managed by the Albanian-American Development Foundation (AADF) in cooperation with the Ministry of Culture and will be developed closely with the National Cultural Heritage Institute, the Archaeological Service Directorate (a subordinate of the National Institute of Cultural Heritage), the Durrës Museum Centre (now managing the Archaeological Park of Durrës and the amphitheatre), the Tirana Regional Cultural Heritage Directorate, the Council of Professors of the Institute of Archaeology, the Municipality of Durrës through its various departments including urban planning and finance, and the Institute of Archaeology (Ministry of Education and Research) which is the only state institution with a legal duty to carry out scientific and archaeological excavations.

The consultant team is also expected to identify and consult interest groups from the national and regional public sector, NGOs, academic and private sectors, relevant universities, and further education providers and NGOs operating in Durrës, including the Albanian Development Fund.

Stefano Boeri Architetti is also working on the Tirana Riverside Masterplan addressing to post-Covid-19 needs. The practice is designing a housing complex in Tirana as well as Albania's first vertical forest tower in Tirana.

All images © Stefano Boeri Architetti and SON Architects for Durrës.