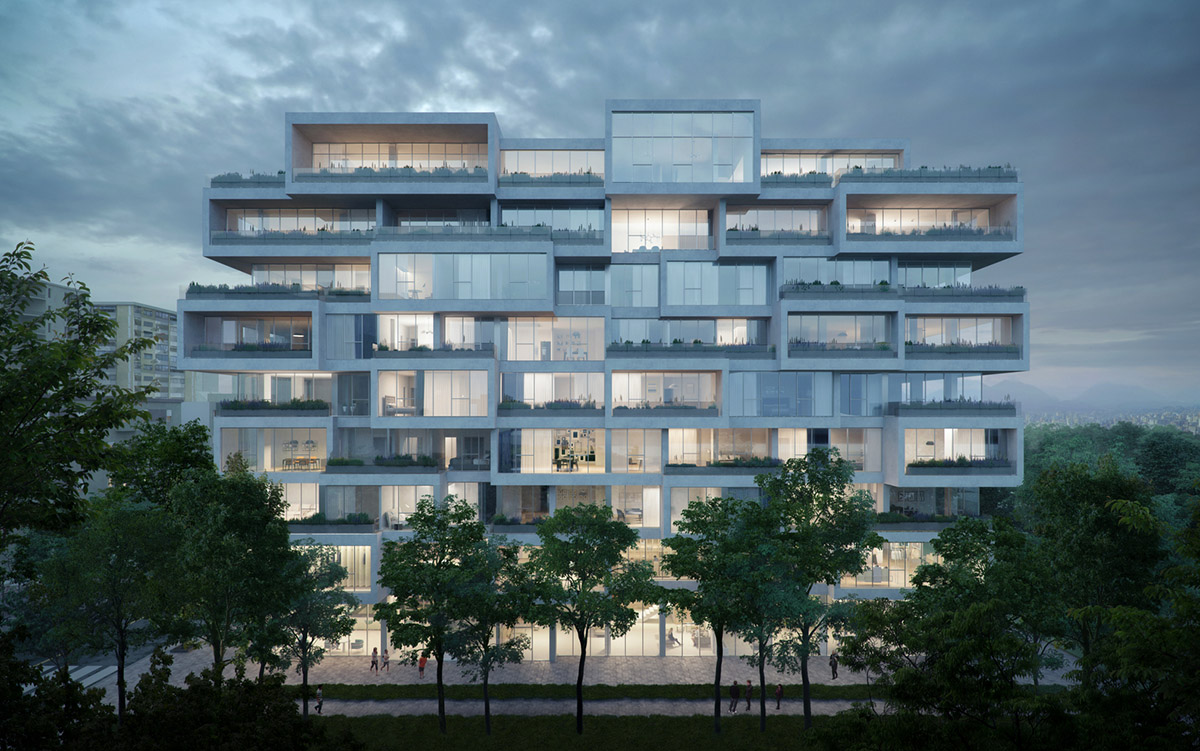 Stefano Boeri Architetti has unveiled plans for a new offset multi-family housing complex in Albania - the third building under construction in Tirana, together with Blloku Cube in the “Blloku” area of the city, and the Vertical Forest in Street Dervish Hima. The building block which will be located near the Presidential Palace of Albania was announced in the opening of a new office of the studio in Tirana. The project features overlapping cubes over a narrow lot, while the facade opens onto a large public space, thus maintaining the connection of the building to the city. 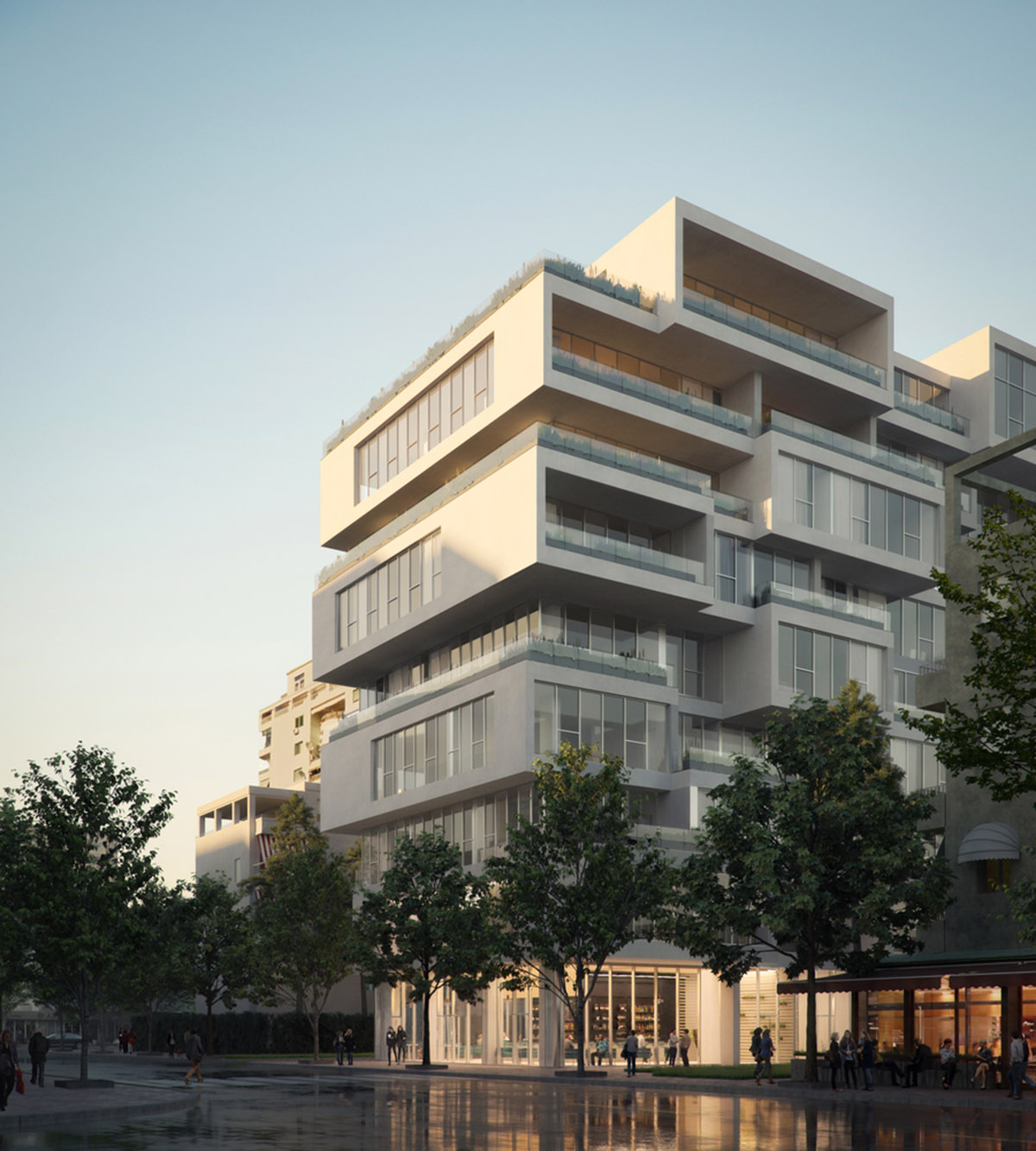 "The volume looks like a composition of superimposed cubes: it comes from the vertical assembly of a series of autonomous residential modules staggered so as each living unit has at least one loggia or a balcony. This architectural solution allows each apartment to have different views to offer a perception of the city of Tirana in its entirety," said Francesca Cesa Bianchi, Project Director of Stefano Boeri Architetti.

"In addition, the basement opens up entirely to the city by hosting various commercial and recreational activities that contribute to strengthening the connection with the urban context," added Bianchi. 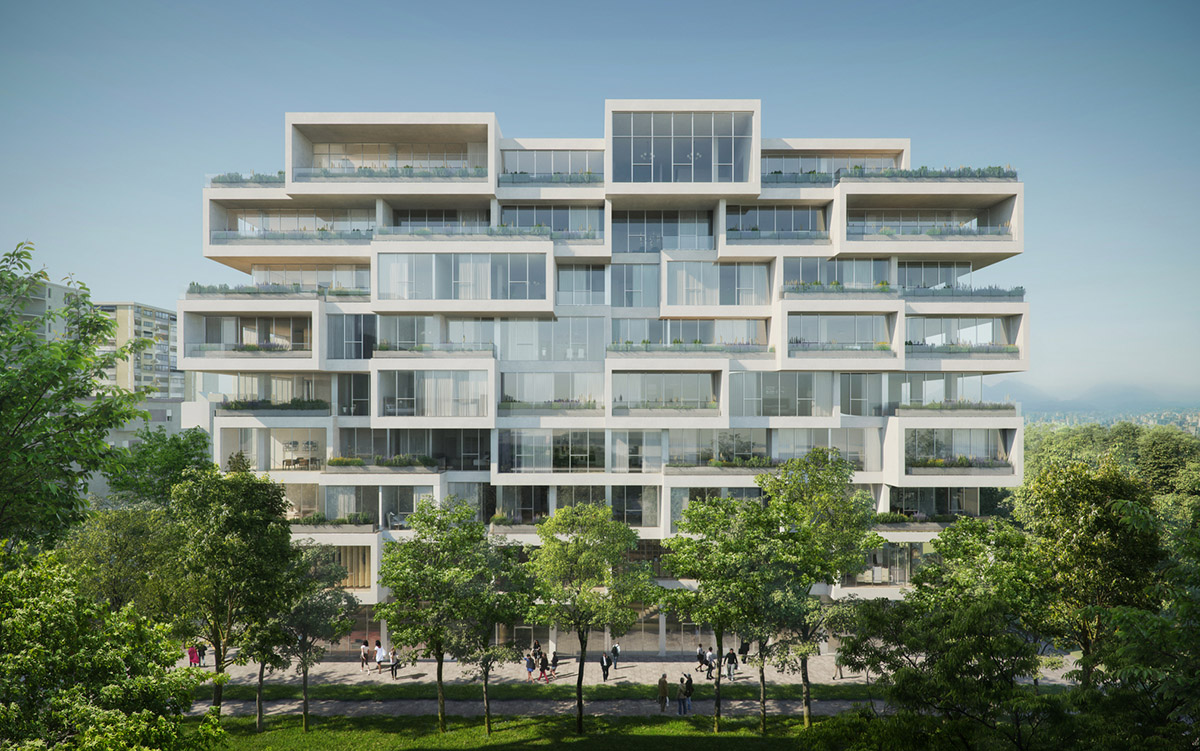 All Images ©The Big Picture, courtesy of Stefano Boeri Architetti