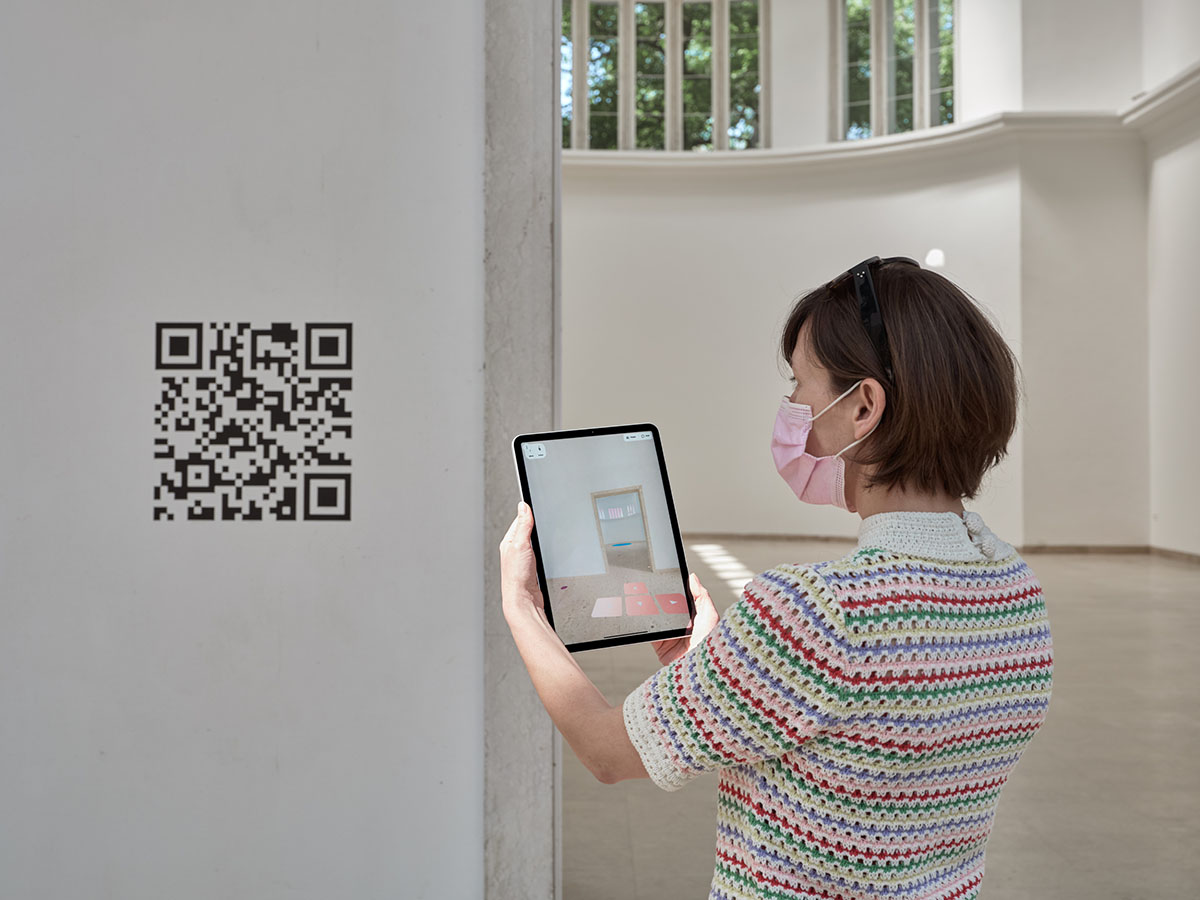 The German Pavilion has installed a series of QR codes on the walls of the empty pavilion to explore possible futures in 2038 at the 2021 Venice Architecture Biennale which has opened to the public on May 22 in Venice, Italy.

The pavilion's theme, titled 2038, rather than offering a vision that doesn't rely on one coherent and concrete system, it presents a trajectory on how we could live in 2038 via a virtual pavilion. 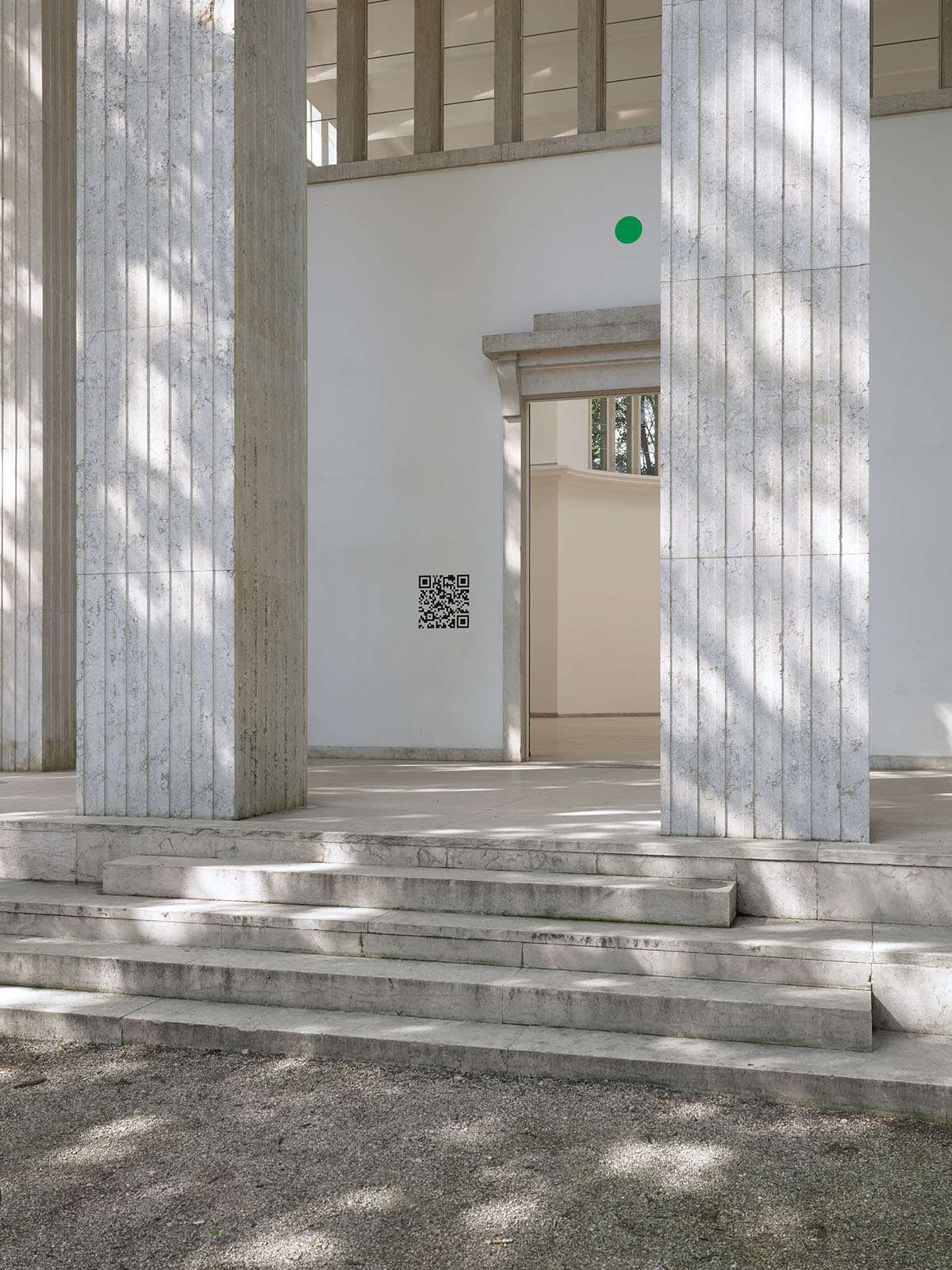 Curated by an international team of architects, artists, ecologists, economists, scientists, politicians and writers, initiated in 2019 by Arno Brandlhuber, Olaf Grawert, Nikolaus Hirsch and Christopher Roth, the theme aims to tell a (hi)story that today we call future. 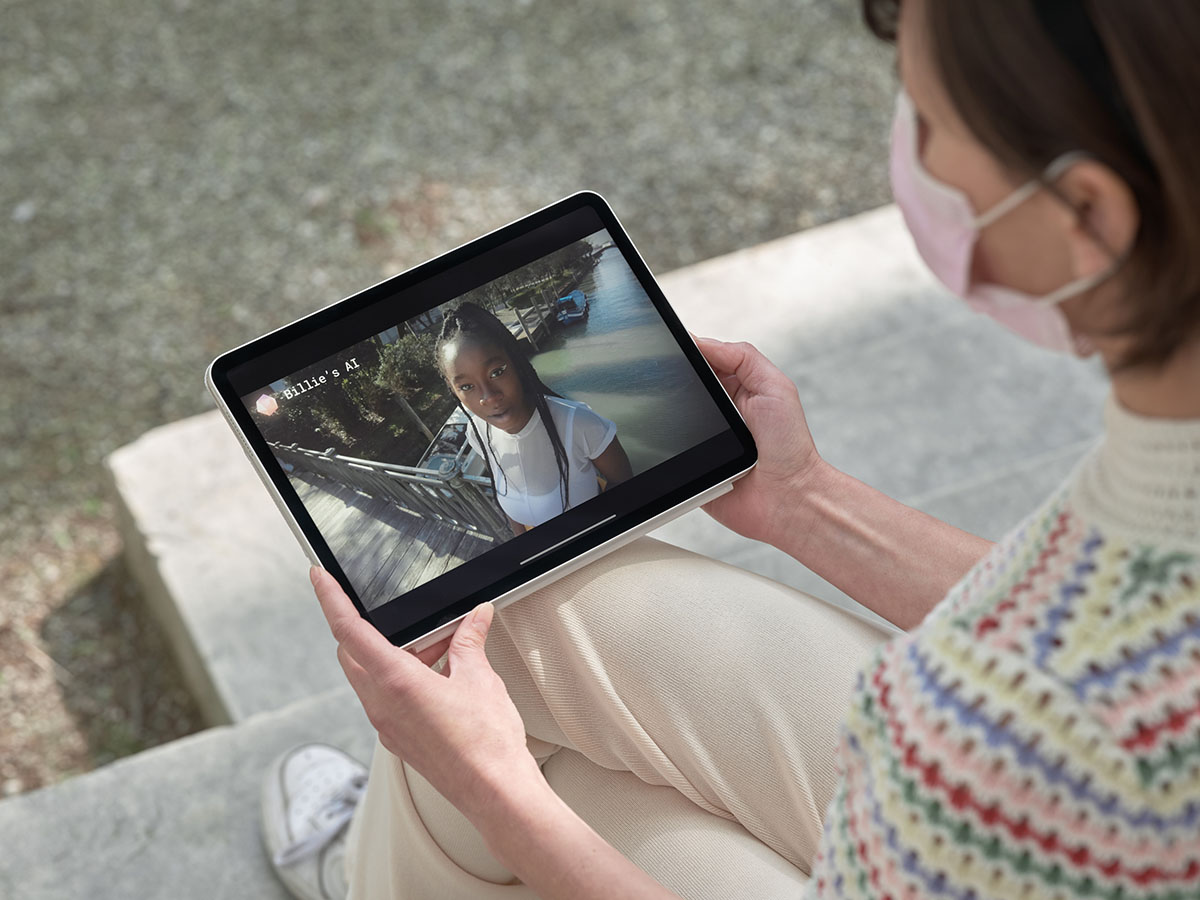 Apart from the QR codes on the walls, the pavilion is entirely left empty. However, it presents a diverse set of formats to visitors to “burst the bubble” and open the discourse for an audience beyond the field of architecture.

"2038 strives to explore our future society through prefigurative politics, illustrating modes of organization and social relationships to come," stated the German Pavilion. 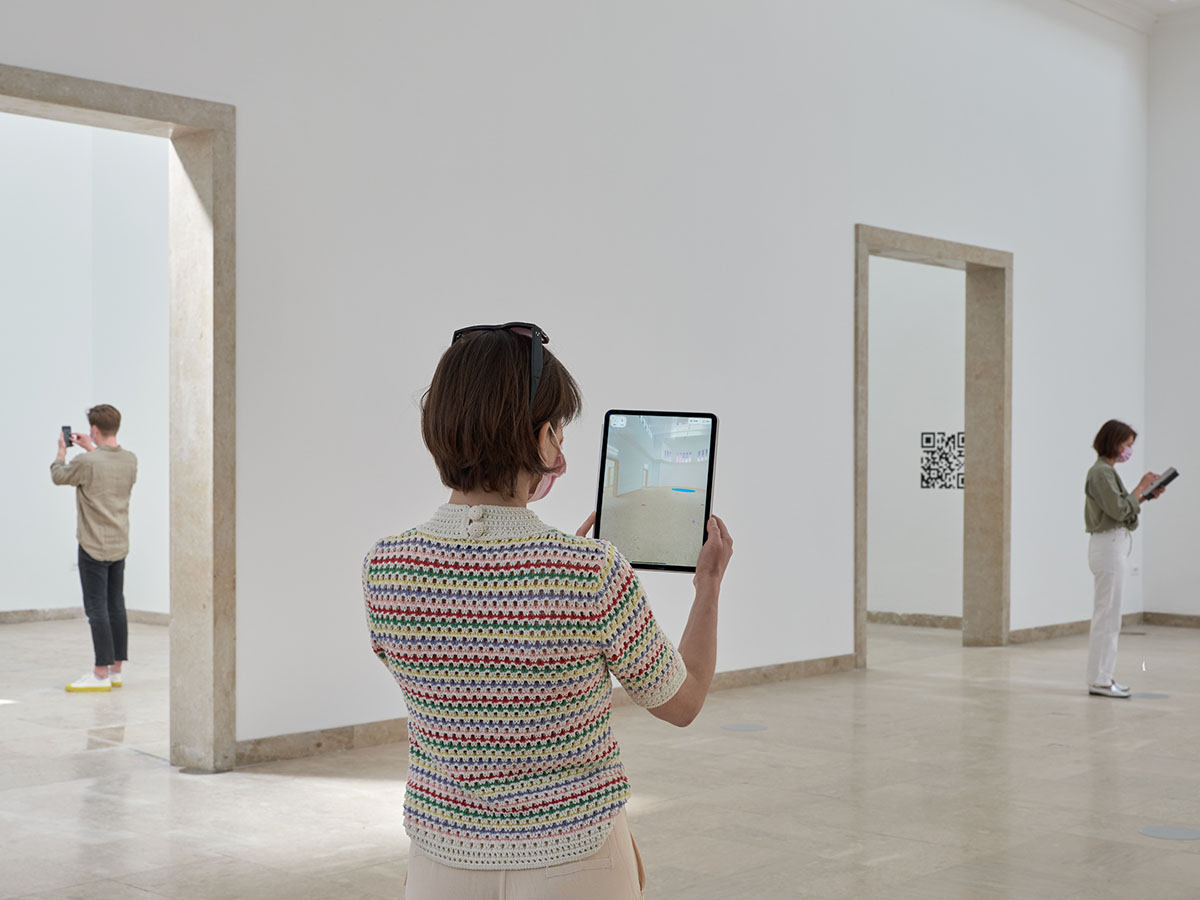 Upon entering, visitors find themselves at the heart of a "Cloud Pavilion" where they can scan QR codes on the walls via their phones and they can playfully explore possible futures in 2038, meeting people from all around the world, discussing the expert’s visions from the future.

The pavilion is built on the open source platform Mozilla Hubs and enables an open- access experience of 2038 for everyone from anywhere at any time: Scan the QR-Code. 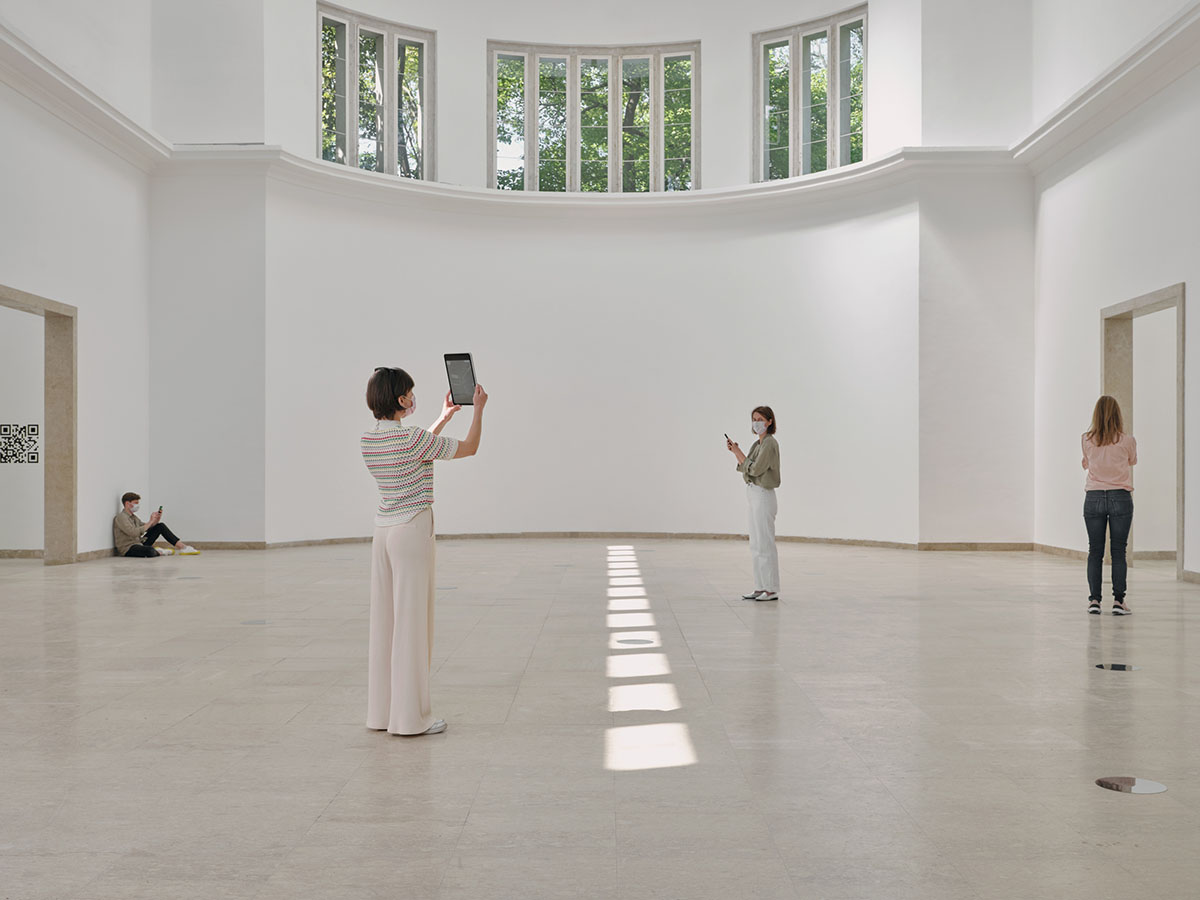 "In a series of films, 2038 tells the story of a better world in which everything, though imperfect, is better in some pretty profound and radical ways," added the pavilion.

"2038’s research does not look for one coherent system to pass all findings through. Rather it takes on the task of dealing with all the strange little artifacts that could possibly trigger systemic change, and tells the story as contingent, complex and paradoxical — as it is."

"Architects realized that they don’t only build in space, but also in time (configurations)," said the curators.

"Instead of solely thinking about the practicalities of what will happen next, architects are aware of the consequences of their actions. How new results are generated and fed back into the system," the curators added. The aim of the pavilion is to invite visitors to discover a story between fact and fiction. "The story is based on the knowledge and visions of a collaborative team of international experts from architecture, art, ecology, economy, philosophy, politics, science, and technology," stated the pavilion.

The Cloud Pavilion also allows visitors to watch movies, including Interrail 2038, featuring two 18-year-olds from the future who meet to explore the Venice of their childhood. 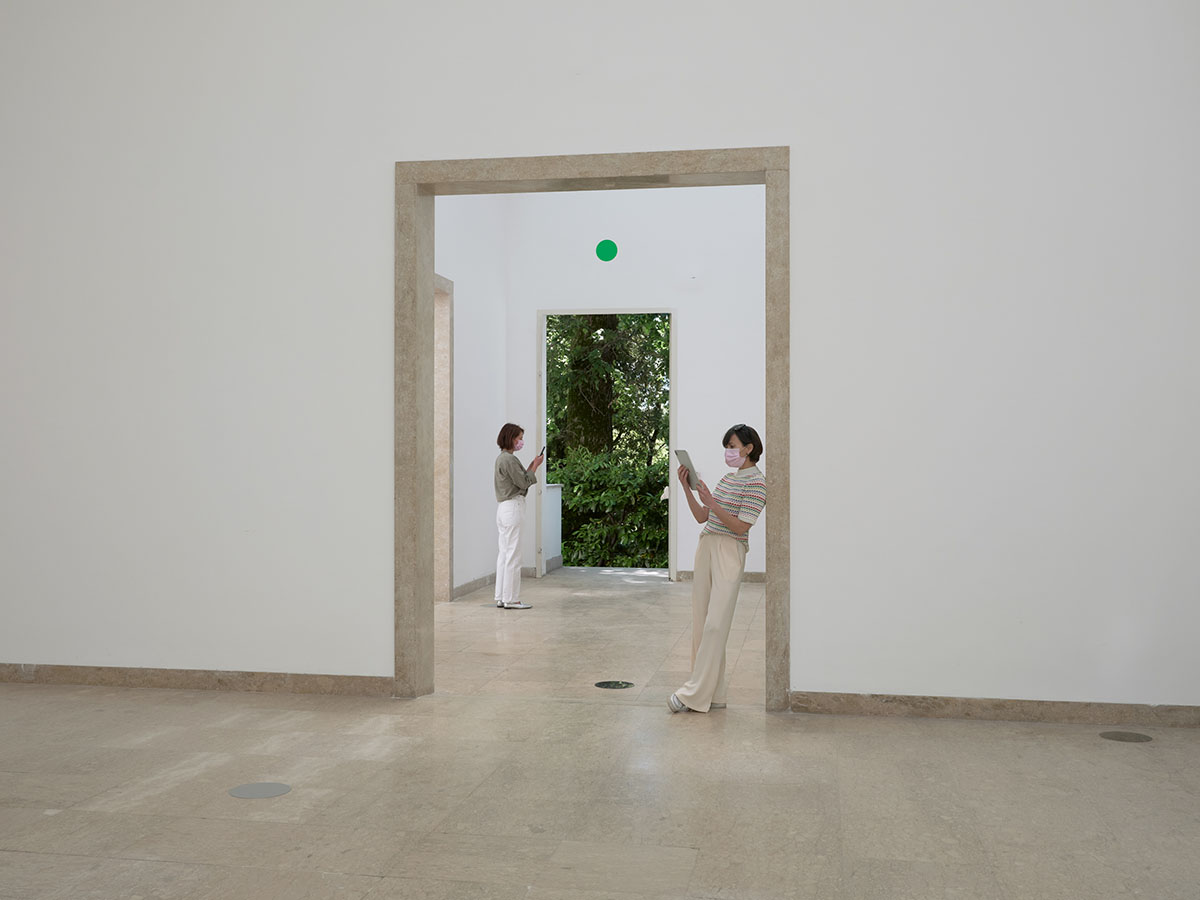 "How did we create this viable system of living together?," asked the curatorial team.

Another section, called History Channels, features experts and exemplary projects that trace the paths of (hi)story through the 2020s and 2030s, answering the central question of this year’s Biennale curator Hashim Sarkis: How will we live together?. 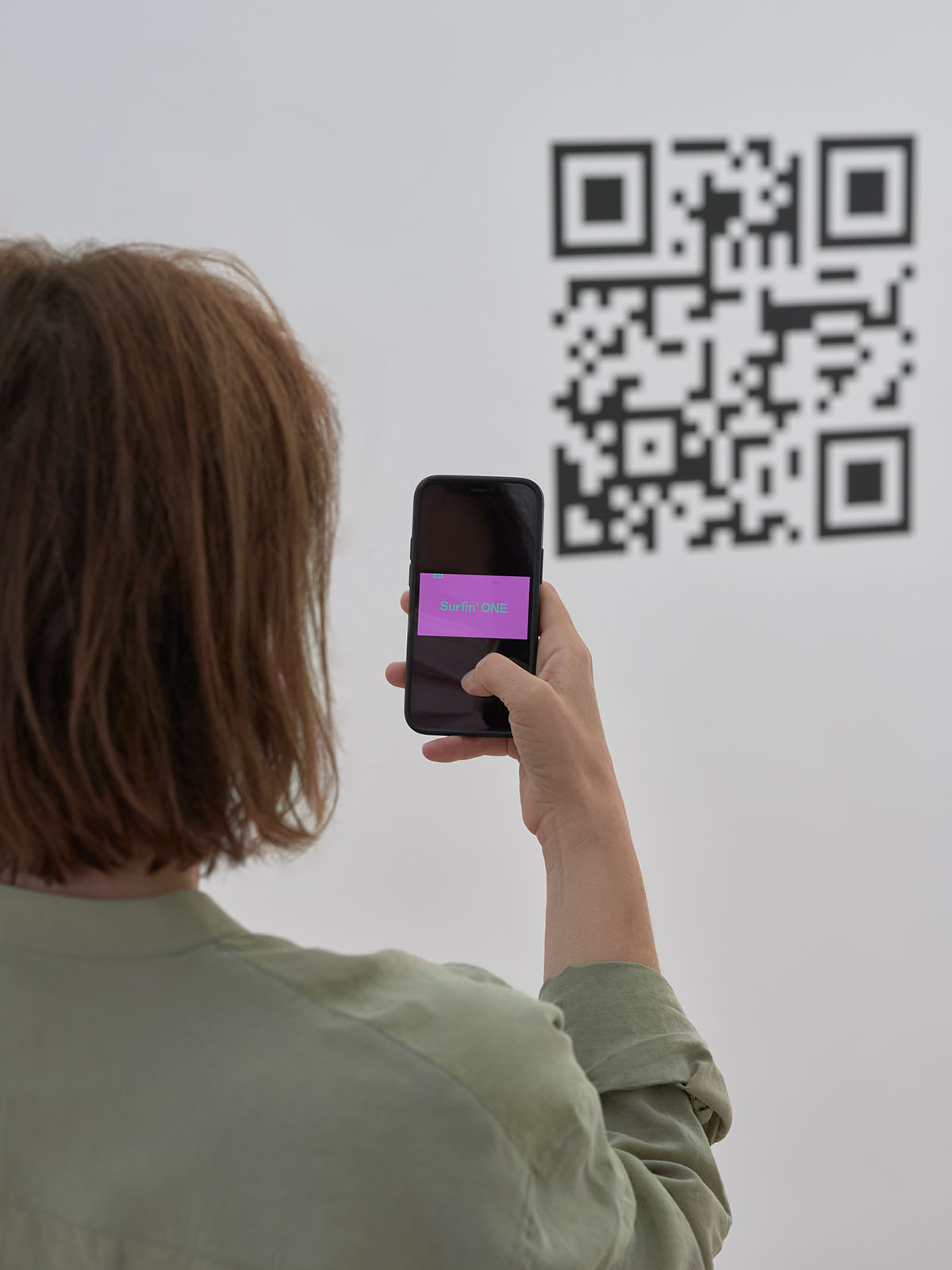 Considering the impacts of the pandemic to the global world, the curatorial team underlined the importance of data-spaces and new (eco)systems.

"Digital spheres and data sovereignty played a crucial role in mediating co-existence on the planet. Different models of society were conceived and brought together to result in a viable global system which promotes local ways of living, while being reflected and feedbacked collaboratively," they said. "Two myths of the modern era were finally exposed: first, humans became aware of the finite nature of our ecosystems and the scarcity of resources, and thereafter, they realized exponential growth was no option. In 2038 we see the convergence and concurrence of economy and ecology in one cycle," the team added. 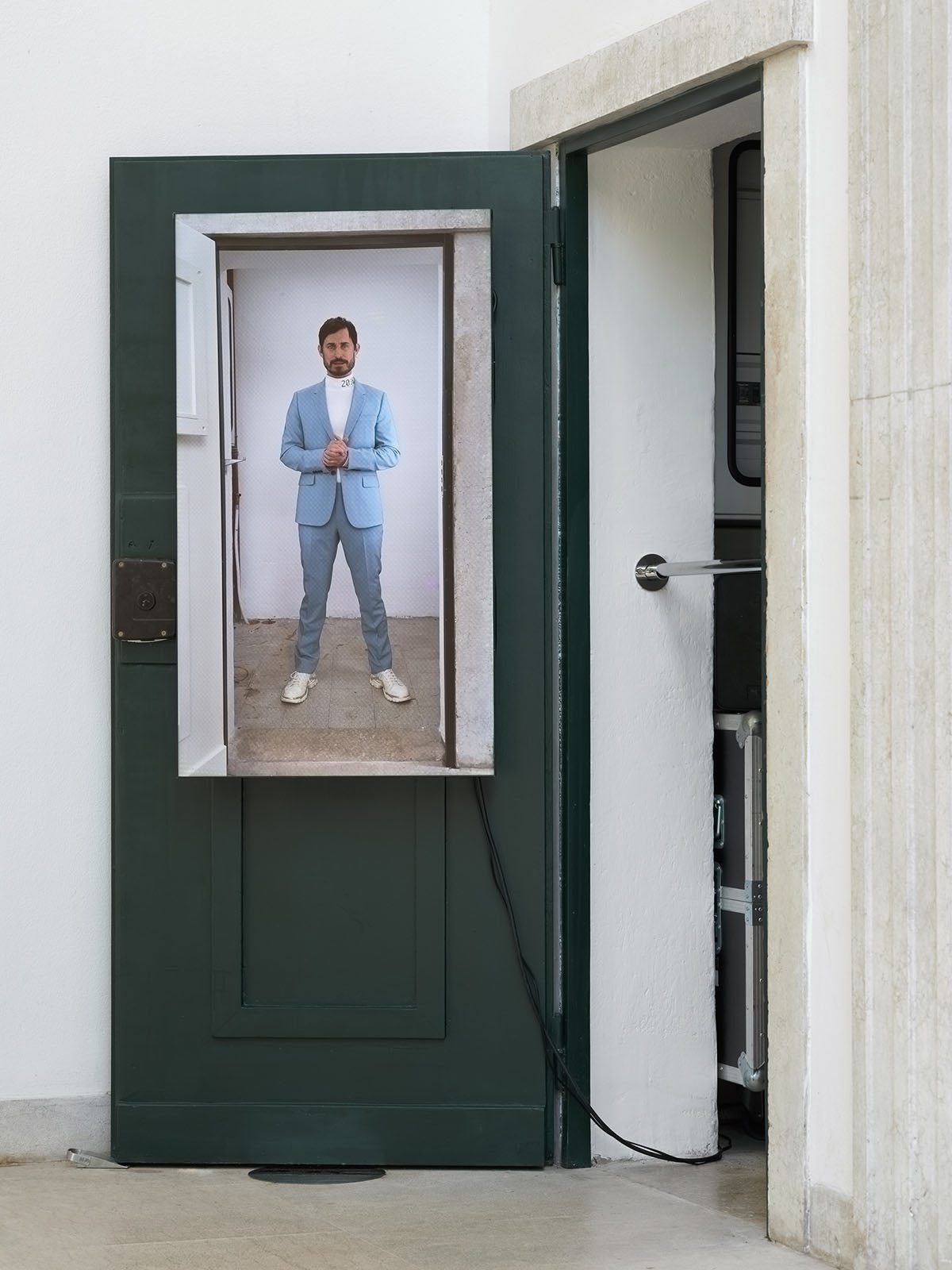 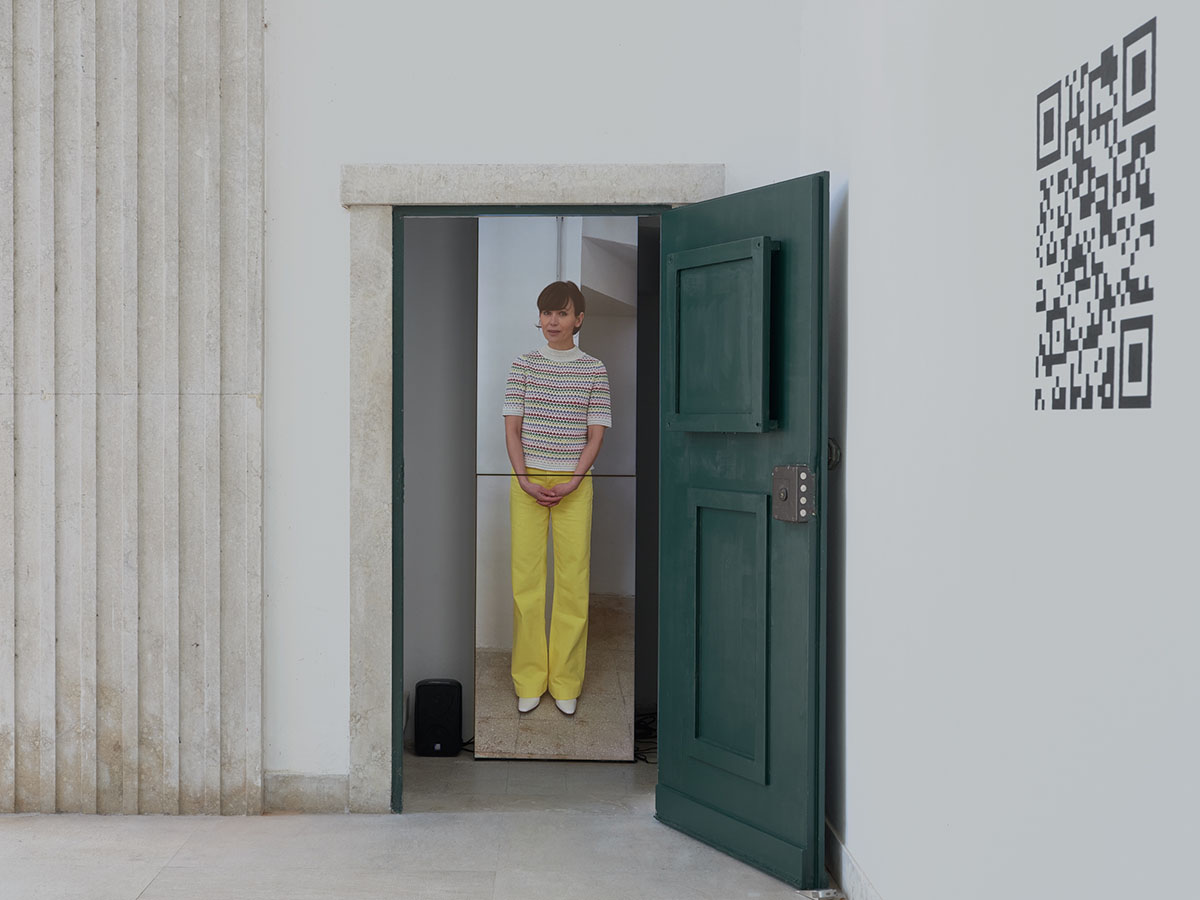 The German Pavilion stated that throughout summer and fall a series of collaborative events will be held as virtual to feedback into the physical space of the Pavilion in Venice.

In this year's Venice Architecture Biennale, apart from the German Pavilion based on the thematic presentation, other pavilions, such as the Canadian, Chinese, Australian and shared Czech and Slovak pavilions in the Giardini remained empty due to logistical processes affected by the pandemic.