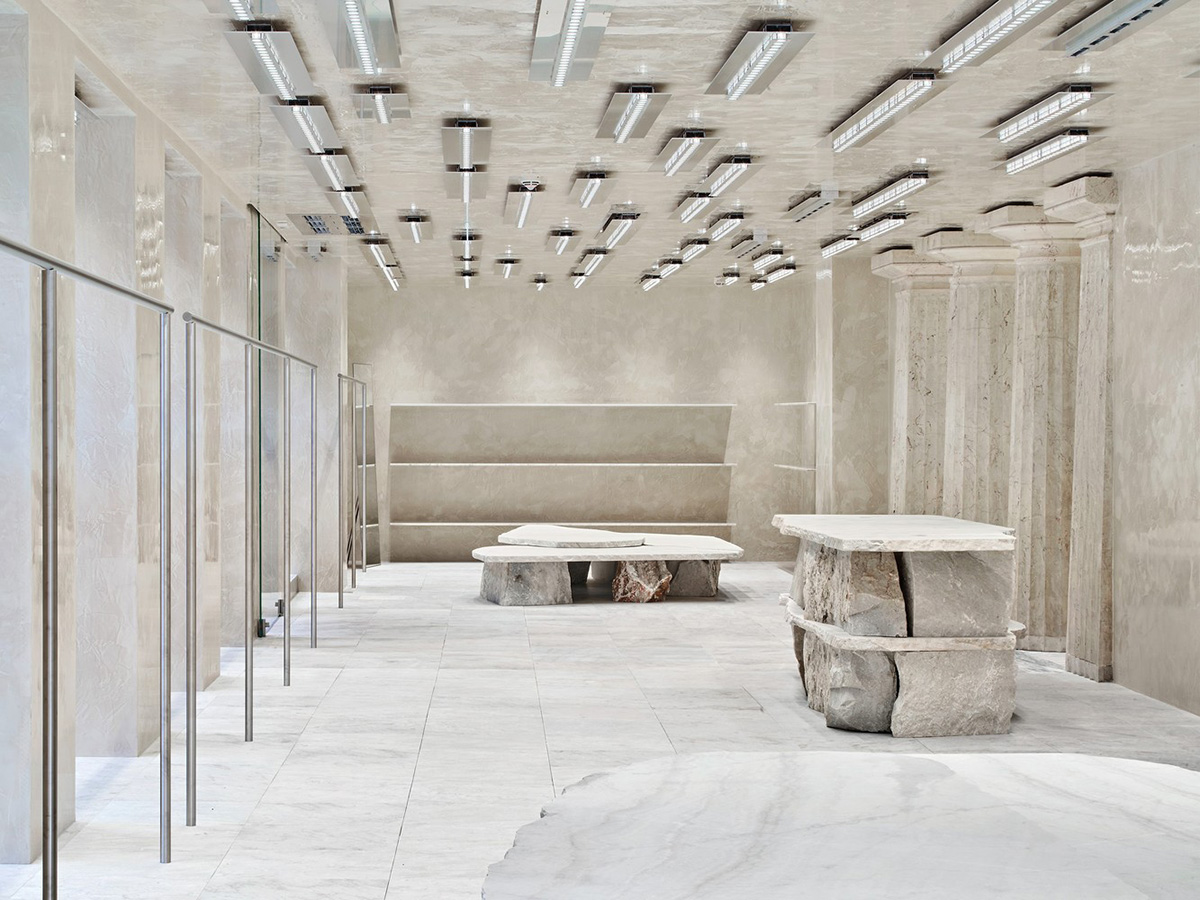 Barcelona-based architecture practice ARQUITECTURA-G has converted the interior of former Stockholm bank, known as the Kreditbanken building, into a retail space of Acne Studios in Stockholm, Sweden.

Named Acne Studios Stockholm Store, the interior space was transformed from a former Stockholm bank which was suffered a robbery with hostage crisis - occurred in 1973 and known with the term of "Stockholm syndrome".

Covering a total of 400-square-metre area, the studio was commissioned to design a retail space for Acne Studios, a multidisciplinary luxury fashion house based in Stockholm. 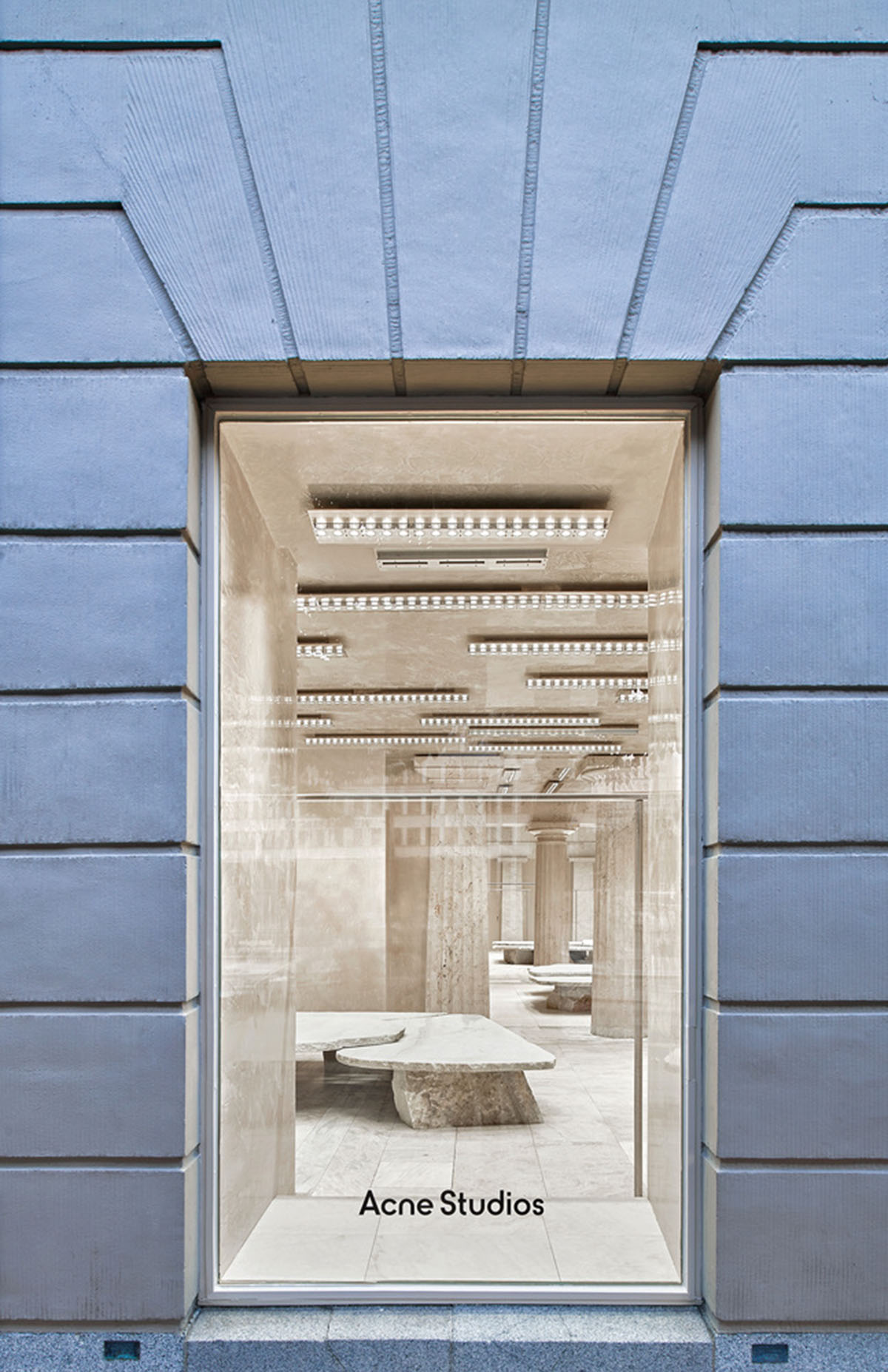 "After the bank closed, several interventions added a series of layers over the years, masking the original neoclassic architecture," said ARQUITECTURA-G. 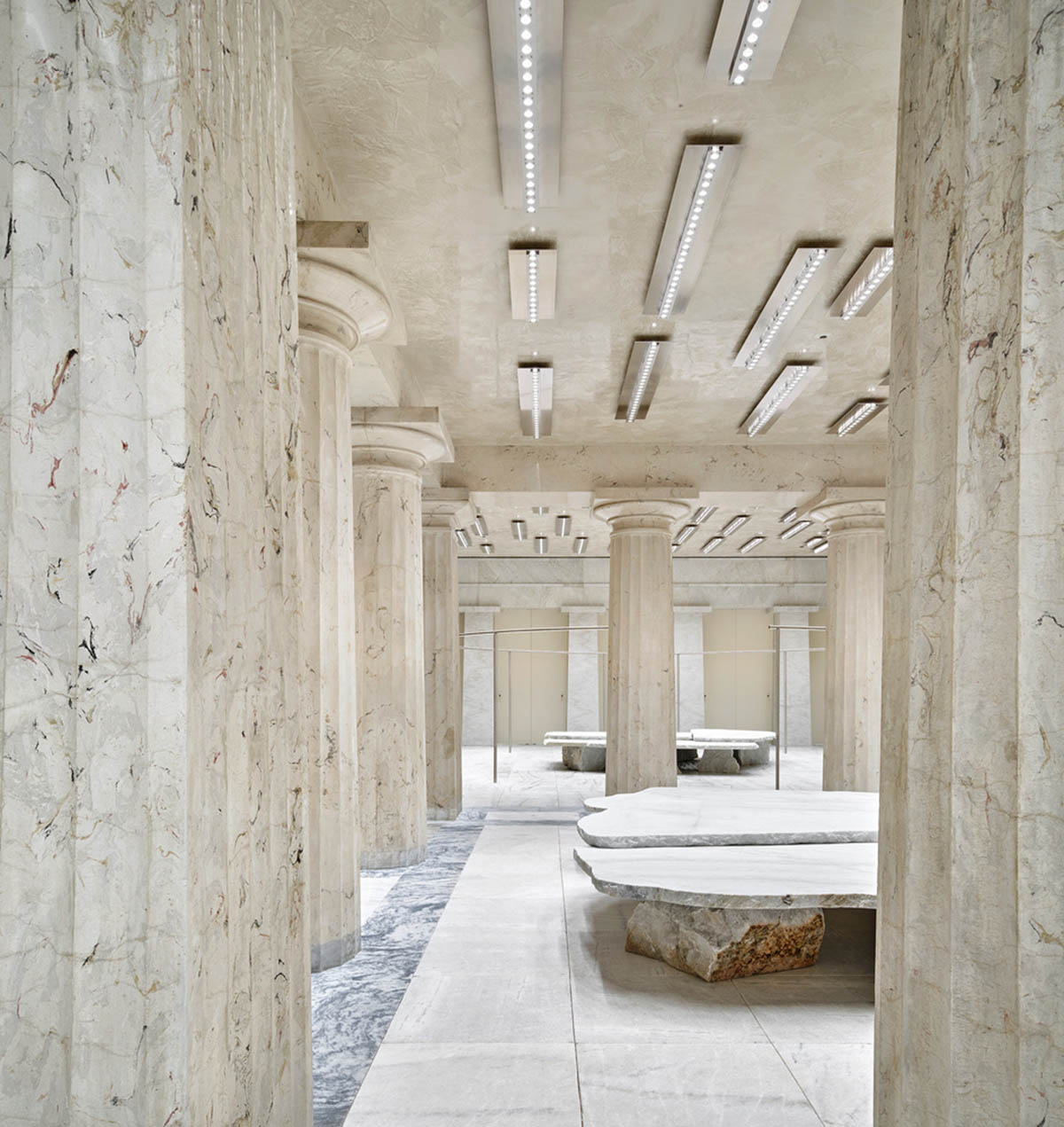 Considering the history and the building's original neoclassic architecture, the studio used different shades of marble and surfaces inside by cleaning up the space, leaving only the essential features.

Maintaining the original features of the building, although the floors were made of real marble, "many elements were faux marble, and the project plays with this duality," said the architects. 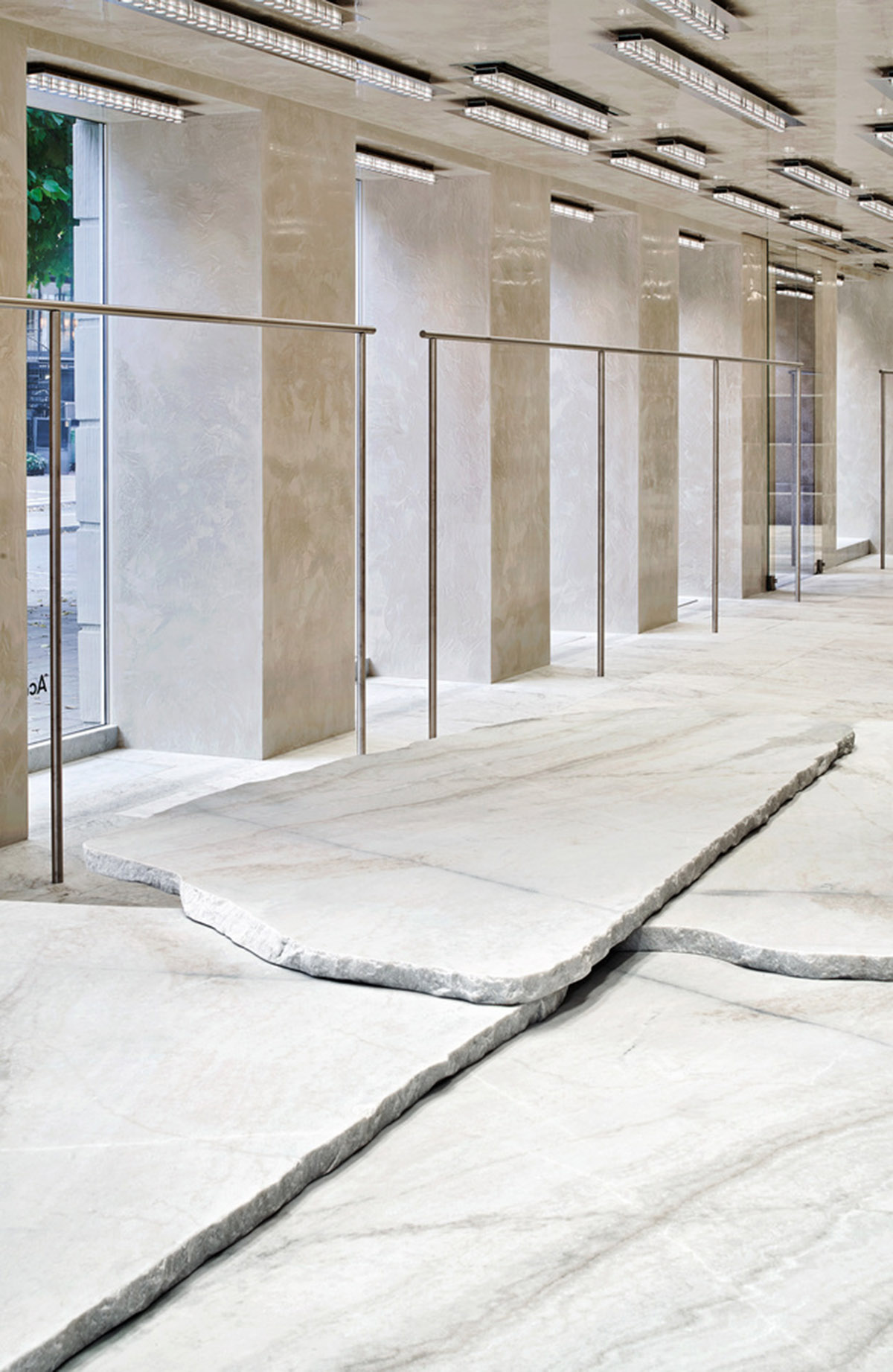 "All the skin surfaces are monochrome within the shades of the original Ekeberg marble." 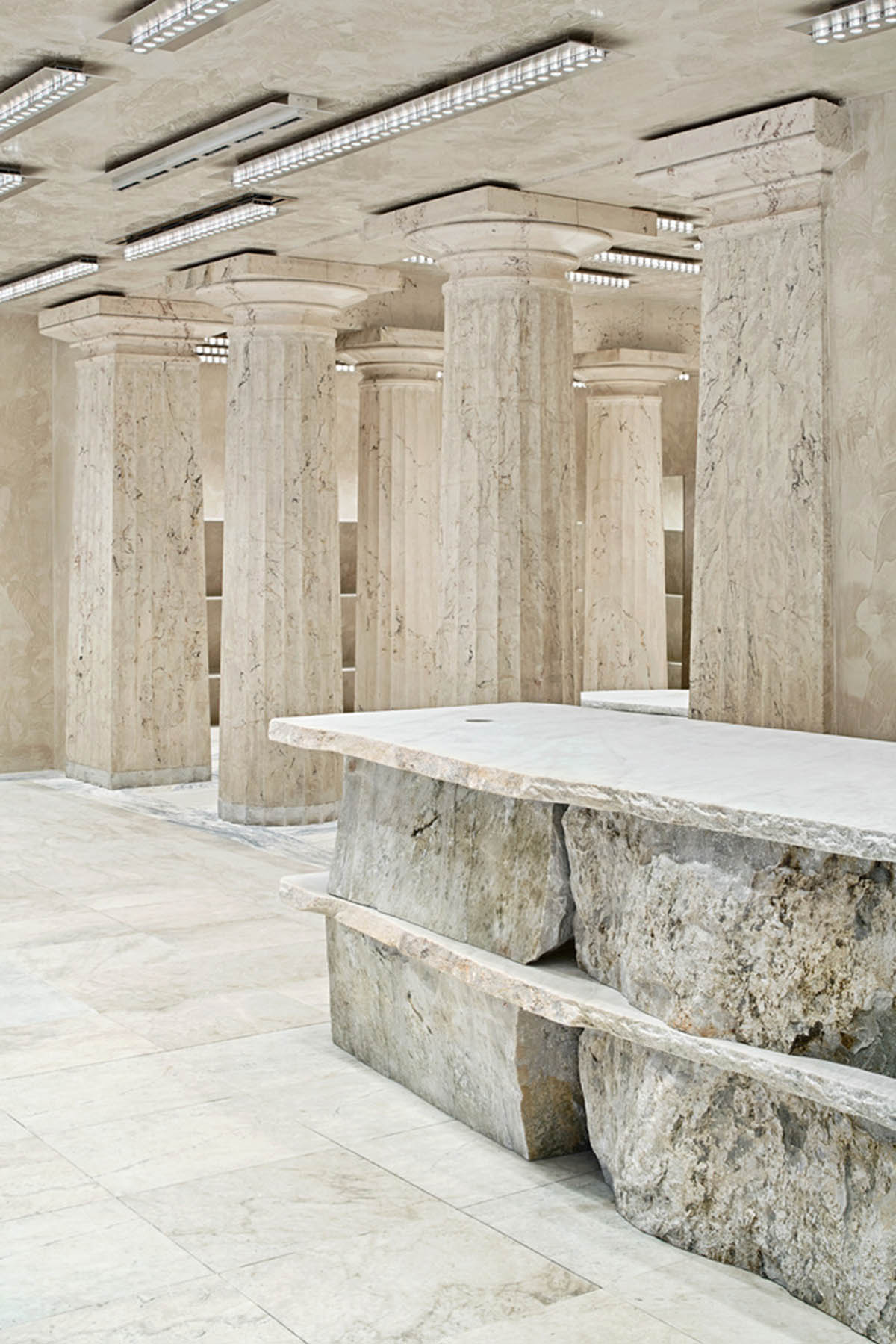 Inside, the space includes three rooms connected to each other through columns, and, at the end of the main axis, a new abstract colonnade creates a new background. This fake colonnade is made of real marble and provides access to the fitting rooms. 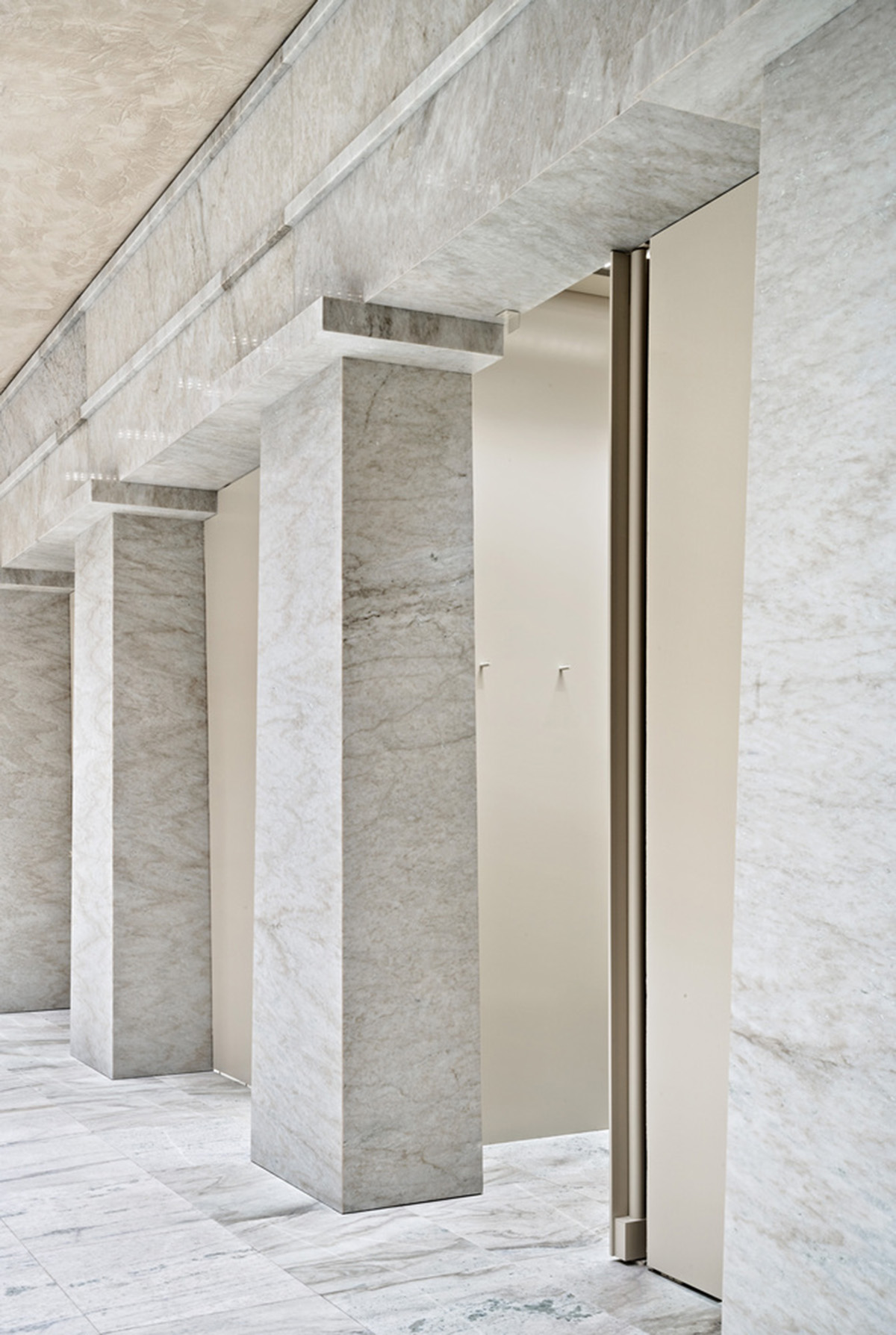 In the interior, visitors see special marble furniture pieces designed by Max Lamb and work as podiums while creating a new marble floor on top of the old one.

As a counterpoint, the light, designed by Benoit Lalloz, is technical and sharp. 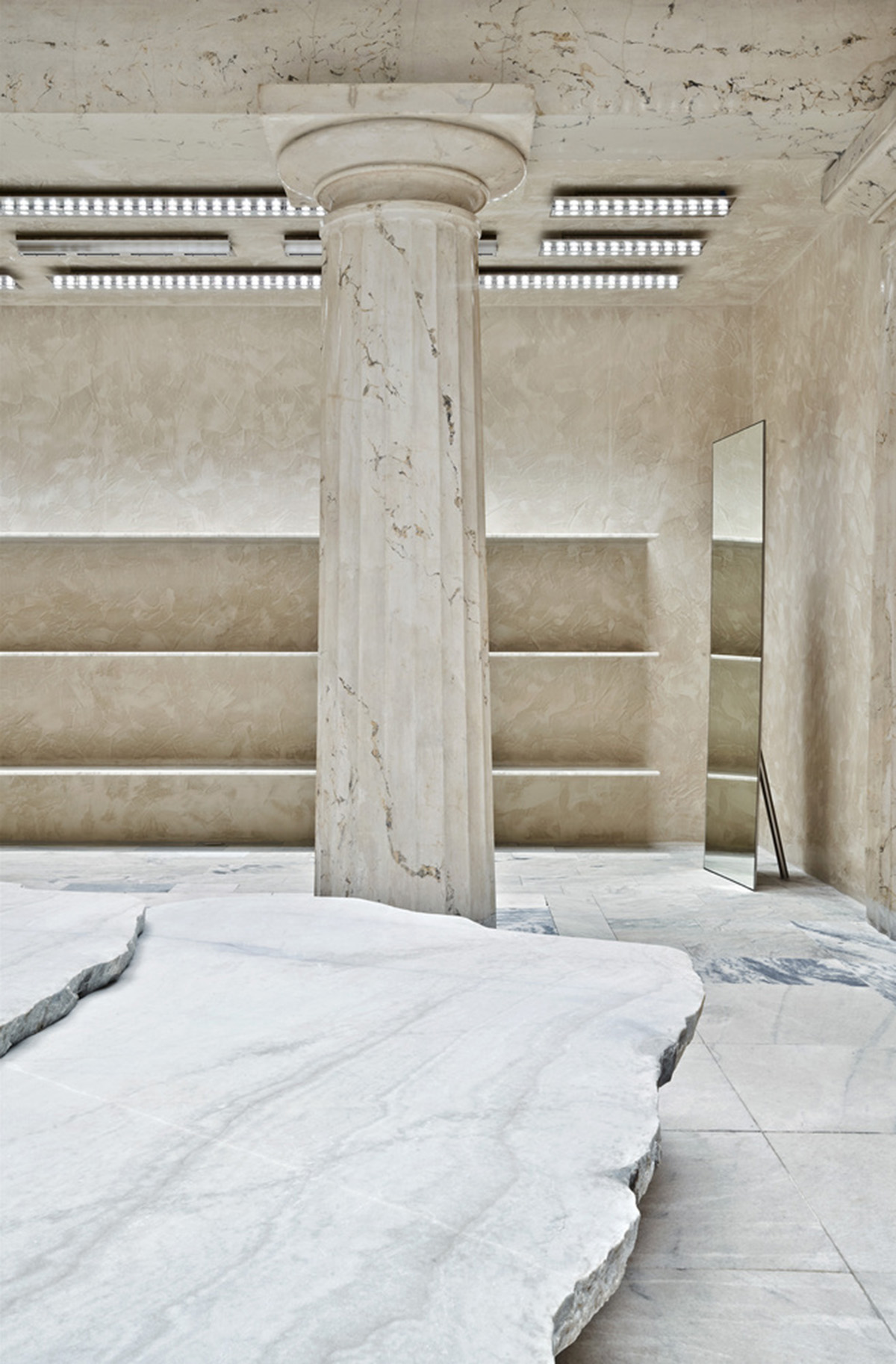 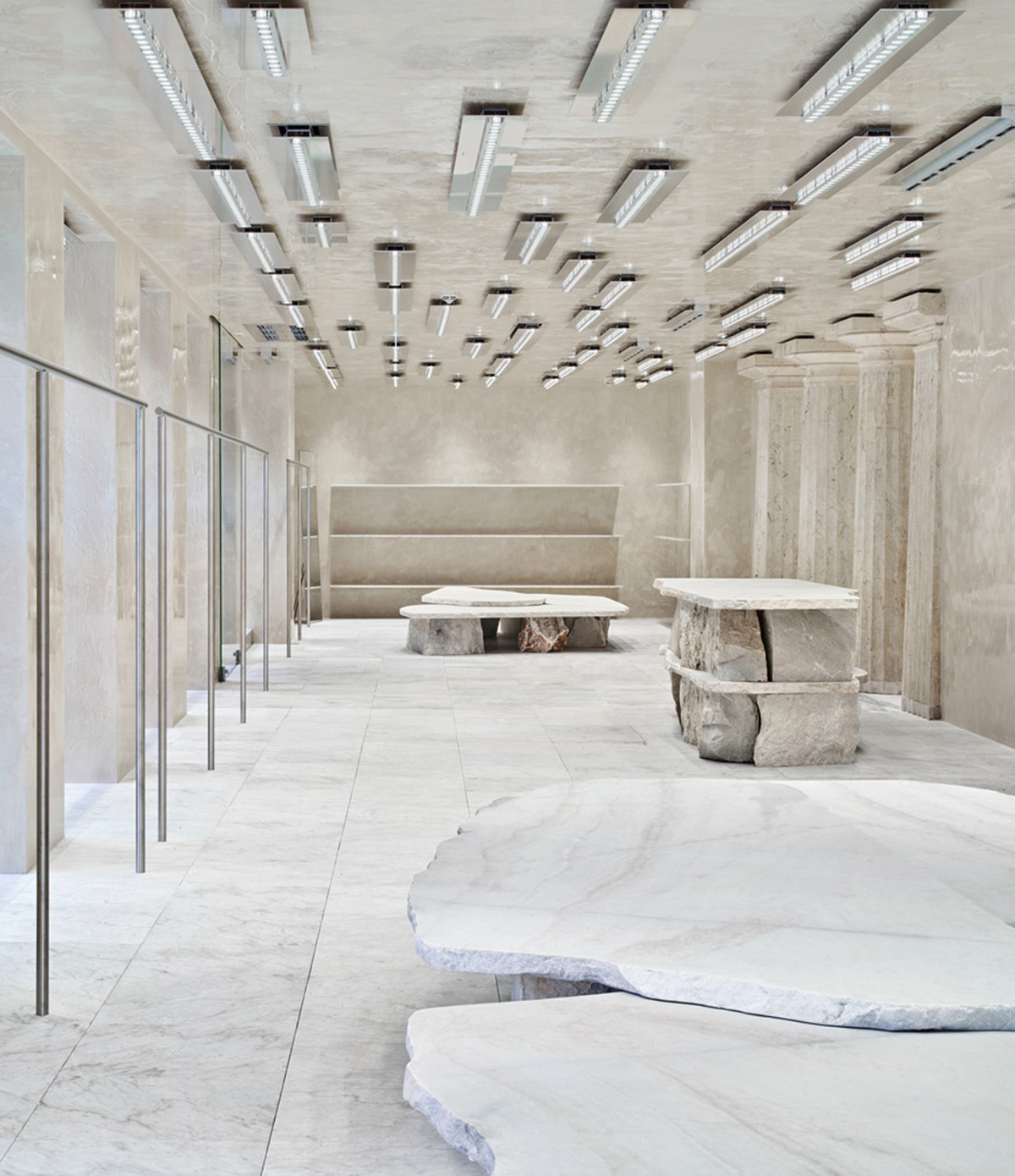