Swedish architecture firm White Arkitekter and Helsinki-based architecture practice K2S Architects have been selected to transform the Makasiiniranta area of Helsinki’s South Harbour, which is set to become "a culturally-intensive destination" in Helsinki, Finland.

The team's proposal has been selected as a result of an international architecture competition launched by the City of Helsinki in 2021.

Called Saaret or The Islands, the proposal will comprise an interconnection of flexible built spaces, dynamic public gathering points and urban nature, with views across to the city, the Uspenski Cathedral and waterfront. 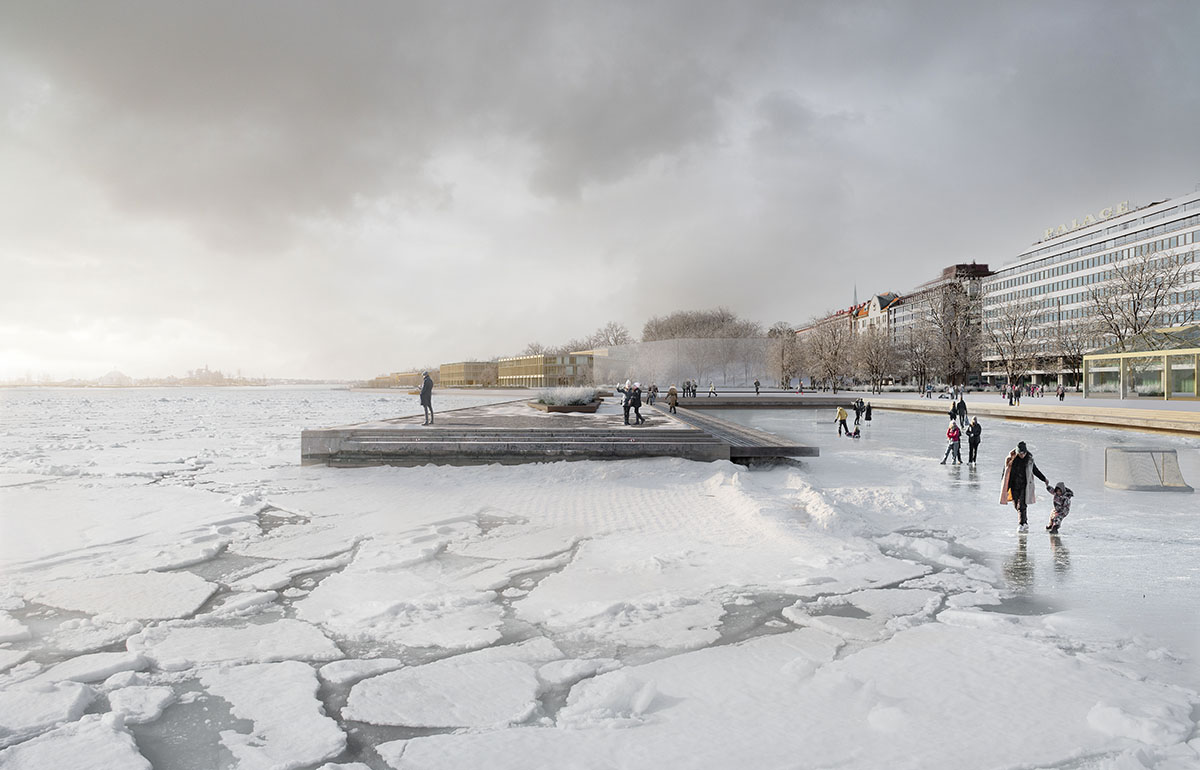 The masterplan will create an intersection of cultural and sustainable environments that aim to improve the area’s microclimate and create bio-diverse habitats with rooftops featuring beehives, vegetable and herb gardens forming an important part of the design.

The new development, encompassing a total of 83,000-square-metre area, will include the design of a new museum of architecture and design which will be held in a separate design competition set to be launched in 2023. 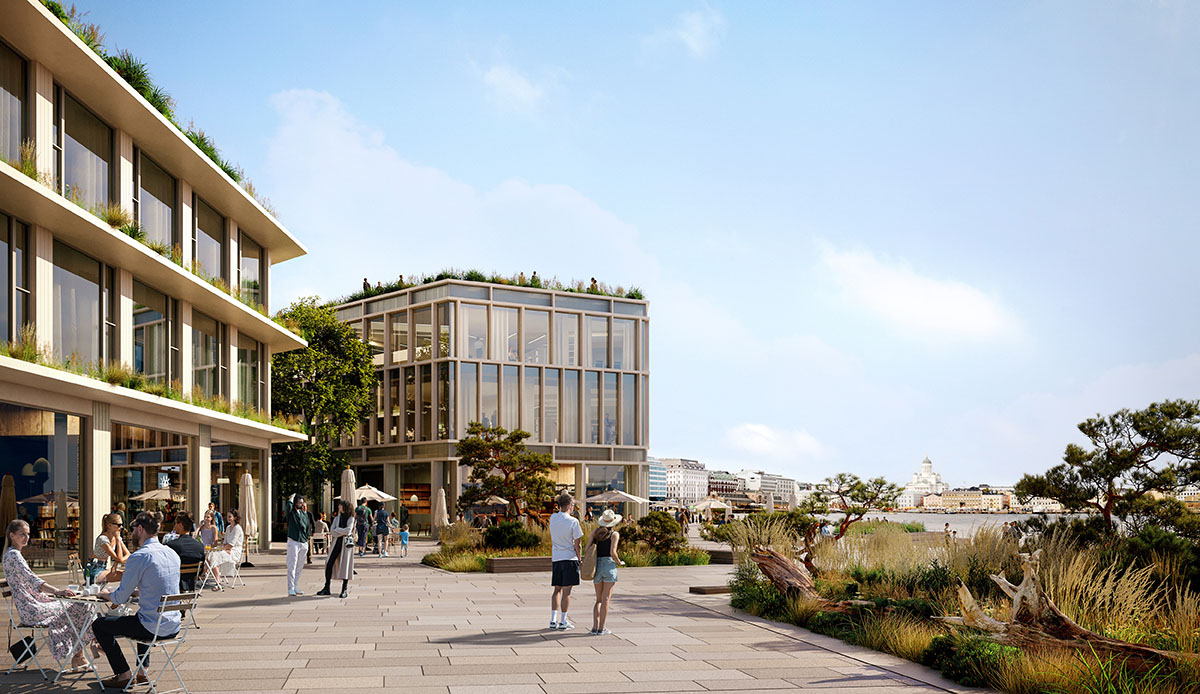 During the evaluation process, the jury praised the project for its distinguished features, including the "ingenious urban morphology of city sightlines, the respectful treatment addressing both historical values and cultural environment of the area, and the creation of a new unique layer to the national landscape."

"It is an honour to be able to write a new narrative for such a vital part of the national landscape in Helsinki and this country of ours," said Mikko Summanen, Partner, K2S Architects.

"I believe Makasiiniranta is a far bigger project than purely its footprint. It has the potential to revitalise the whole of downtown Helsinki," Summanen added.

In South Harbour, the designated site is currently used for the Port’s terminal operations and parking, which is to be relocated from the city centre. Being a central part of Helsinki’s maritime and national landscape, the area is valuable but underutilised area for the city.

"Due to the vital natural, cultural and historical context of the designated site the competition stipulations were highly demanding," stated in a press release by the City of Helsinki.

The City of Helsinki tasked competitors to reconcile new aspects of the development with the existing built and natural environments, with a particular focus on the respectful yet renewed preservation of historic buildings in the area.

The three historic buildings that need to be preserved include the Old Market Hall, the Olympia Terminal and the Satamatalo building.

The design and development will also employ climate-smart and sustainable construction methods in keeping with Helsinki’s carbon neutral targets by 2035. 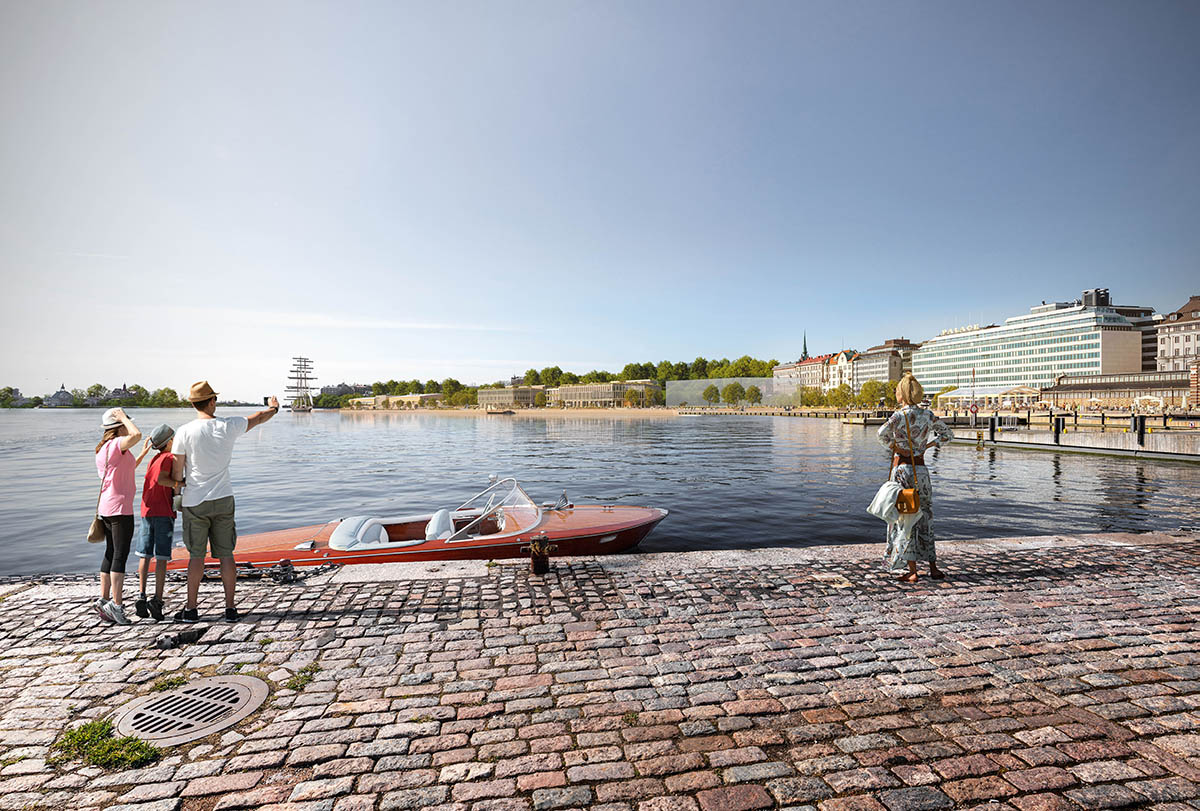 "Our main goal is to make Makasiiniranta a valuable maritime area for recreation for both locals and visitors. The winner has a balanced functional concept," said Mayor of Helsinki Juhana Vartiainen.

"The restaurant, commercial and office premises and the hotel included in the new construction and the cultural venues planned for the protected Satamatalo and Olympia Terminal buildings will make the area attractive."

"The winning plan will make it a busy and pleasant maritime area on the shores of the South Harbour," Vartiainen added. 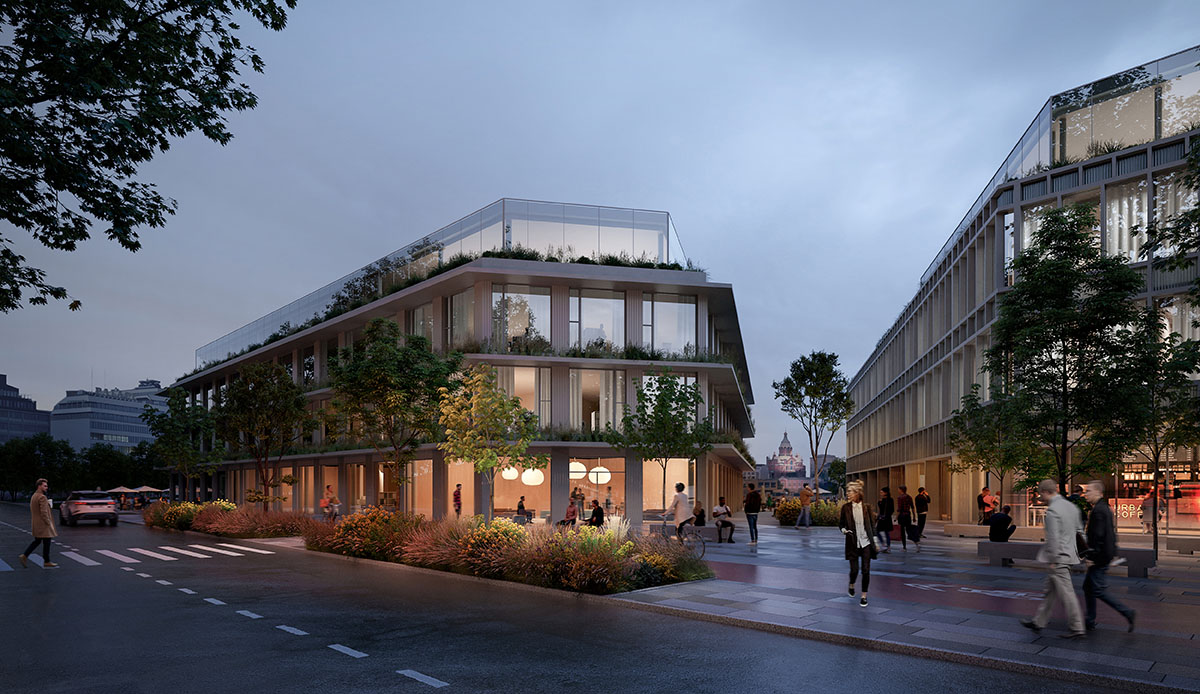 As mentioned above, a separate design competition will be held for the museum building, prospectively designated to launch in 2023 once the museum’s realisation is finalised.

The City of Helsinki has already appointed an advisory group, consisting of future driven experts in arts, design, architecture, museums, technology and beyond, for the development phase of the New Museum of Architecture and Design in Helsinki.

The group consists of 14 visionary experts representing a broad range of backgrounds essential to the museum’s goal of becoming a leading museum.

The advisors are invited to critically evaluate the project development, challenge the planning of the museum’s concept and profile, and push forward the future proofing of the new museum.

The winning proposal, named Saaret, by Konsortium Gran has won the first place with a €100,000 prize.

All images courtesy of White Arkitekter and K2S Architects, via the City of Helsinki.

> via The City of Helsinki