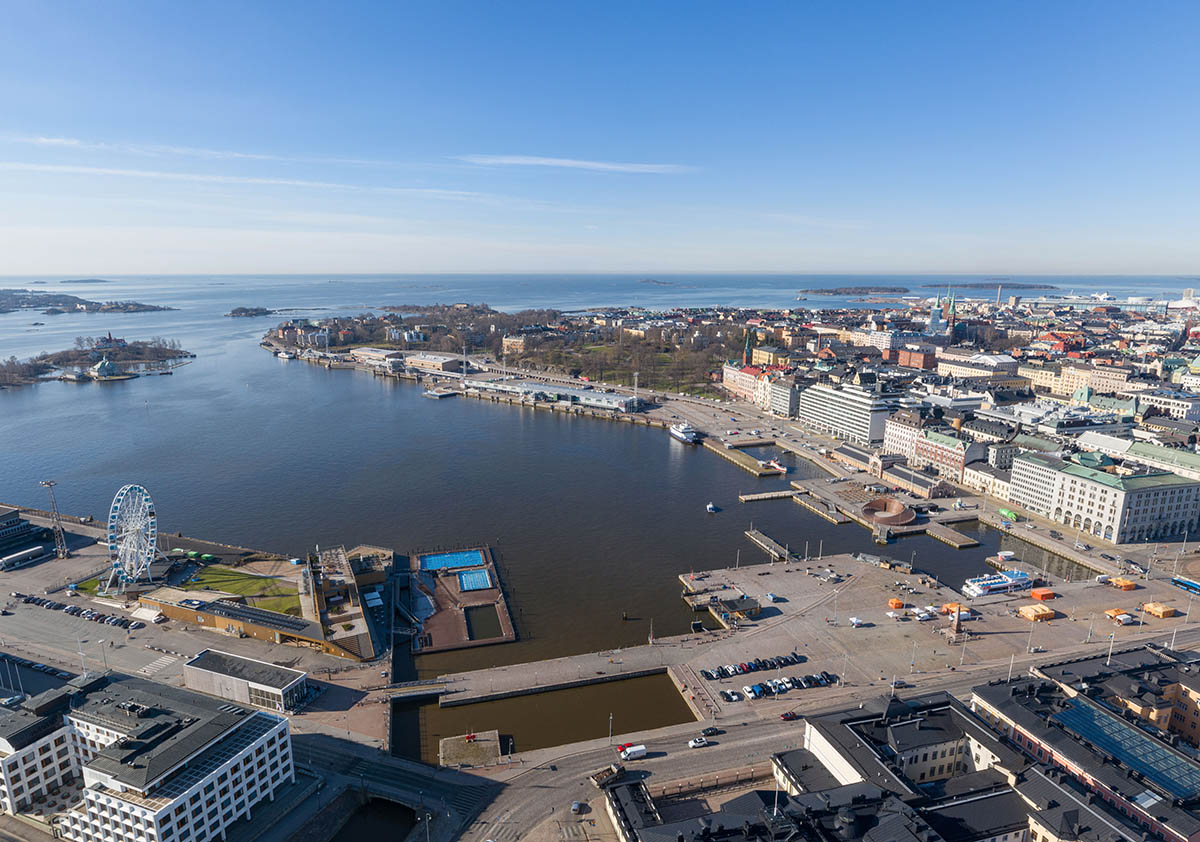 The City of Helsinki has announced a competition that invites proposals for the redevelopment of Makasiiniranta at South Harbour, the last old harbour area to be transformed for public use in Helsinki, Finland.

The initial period for participant enrollment - intended for operators in the construction, architecture and real estate industry - covers a six week timeframe, open until 21 June 2021.

The competition will include a design and architecture museum as part of the masterplan as a vital aspect of the land use plan along the city’s shoreline.

South Harbour is a central part of Helsinki’s maritime and national landscape, and a valuable yet under-utilised asset for the city. In a culture in which every Helsinkian lives less than 10 kilometres from the sea, the harbour mentality is a crucial characteristic and benefit of life in the city, with access to the water credited as vitally significant for the population’s identity, wellbeing and vibrant lifestyle.

The designated development area of over 83,000 square meters of waterfront land is currently used for the Port’s terminal operations and parking, which is to be relocated from the city centre.

The launch of the design competition to develop Makasiiniranta at South Harbour comes at a crucial time for global cities emerging from the pandemic as urban planners are challenged to strategically reimagine how public space will be best designed and utilised in the future, with a newly-informed appreciation for the health effects of green and blue areas.

Helsinki’s existing relationship to liveable design is at the forefront of public services, urban environments, cultural spaces and the empowerment of communities, underpinned by a significant commitment to realising a sustainable urban structure and becoming carbon neutral by 2035. For an area of national significance and value for Helsinki, it is imperative that a land use plan for Makasiiniranta activates and enlivens the seafront, creating high-quality attractive new public realm, cultural amenities and architectural layers, while better integrating into the pedestrianised city centre’s urban fabric and overall vision.

Intended as a new cultural heart of Helsinki, competition plans are to allow for the creation of an internationally prominent architecture and design museum complex, which will merge the two existing museums - the Museum of Finnish Architecture and the Design Museum - across an area tentatively set to 9,000 square meters. Further leisure uses may also be planned for the waterfront destination, including a hotel, retail space, restaurants and walkable public realm.

The competition has been conceived with a number of planning principles stipulated to protect the character of the maritime facade and key sightlines within the city, including the Helsinki Cathedral and Uspenski Cathedral.

The competition area extends from the northern edge of the Market Square’s Cholera Basin to the south side of Olympia Terminal, following the old railway shaft to the northern corner of Kaivopuisto.

Several buildings of significant conservation value are located within the planning area, including the Old Market Hall, the oldest market hall in Finland which opened in 1889, Satamatalo, and Olympia Terminal designed for the 1952 Summer Olympics, all of which are to be preserved and respectfully reconceived within the masterplan. 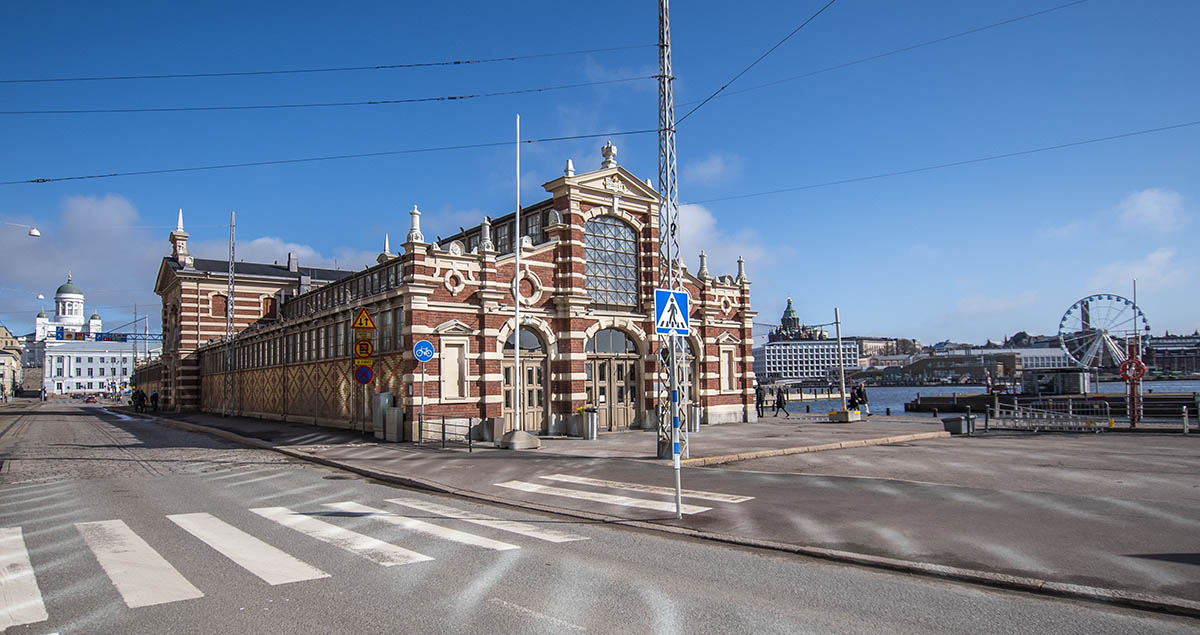 The Old Market Hall in Helsinki

The Makasiiniranta competition is being led by the City of Helsinki, with a multidisciplinary evaluation jury consisting of governmental representatives and impartial design experts, including Kees Christiaanse of KCAP.

Within the first phase of the competition, entrants will submit a plan by December 2021, which will be considered by the panel before a shortlist of the four best competitors will be invited as the second phase to prepare a full project masterplan by June 2022. 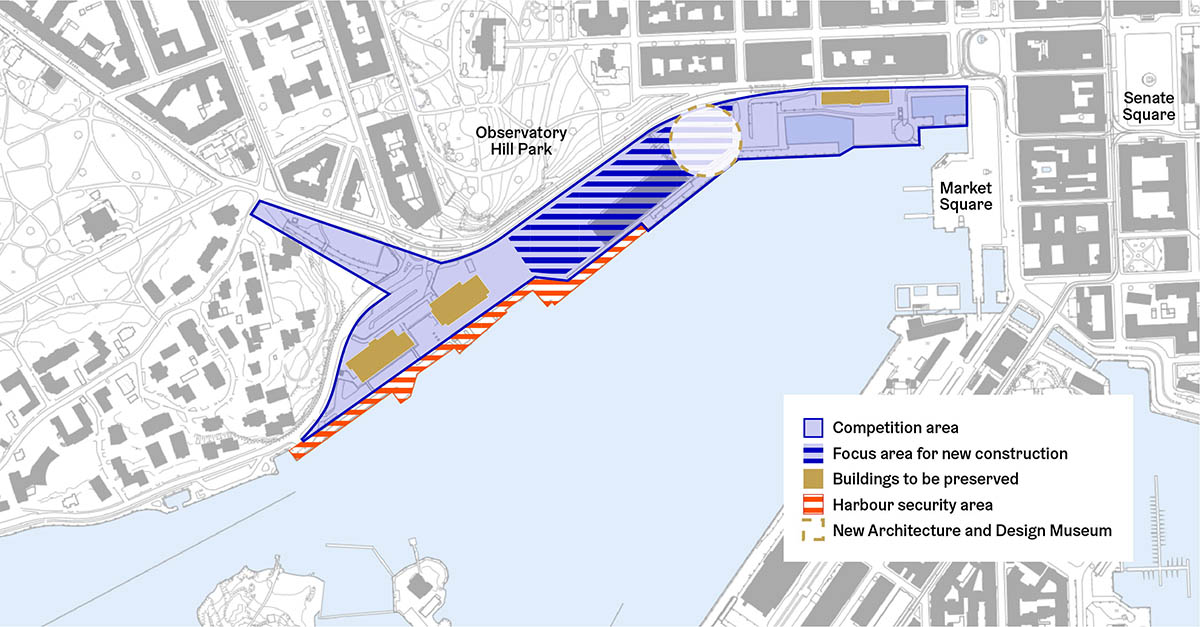 The winning design and implementation plan will be announced in autumn 2022, with the successful development and architecture consortium then responsible for the functional, economic and technical realisation of the concept in the subsequent years.

A separate architecture competition for the design and architecture museum will be launched following the selection of a development partner to transform Makasiiniranta.

"Cities evolve in response to cultural, societal, technological and economic shifts through time. Every generation should have the opportunity to improve the city they live in, and the transformation of this final part of South Harbour will integrate the heart of the city with access to the sea and archipelago, which are special characteristics of Helsinki’s identity," said Jan Vapaavuori, Mayor of Helsinki.

"As this global pandemic has upended how we use public spaces and facilities, it is an appropriate and important time to look ahead and create a long-term foundation for all future Helsinkians that makes best public use of a prime piece of the city’s seafront and to give it the prominence it deserves."

Registration information for the introductory webinar (27th May 2021) is available here.