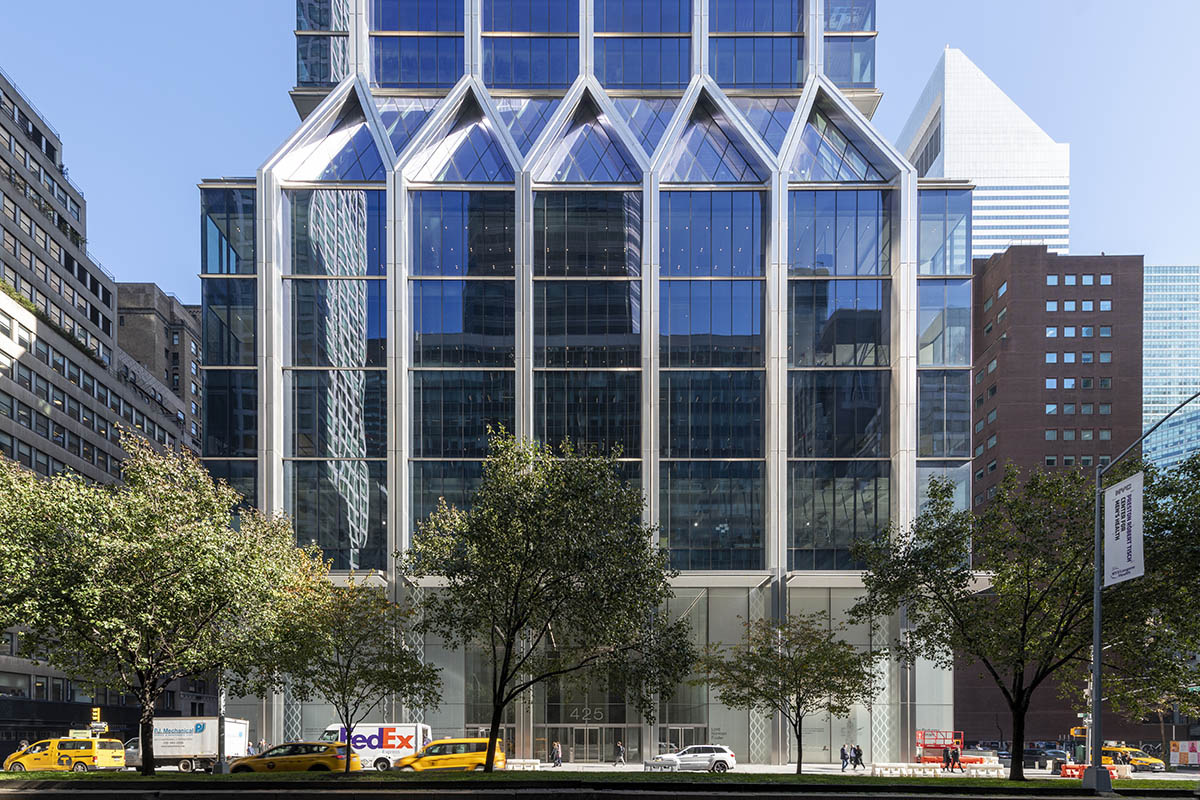 The tower was built to meet the standards of LEED Gold standard, and it has recently earned Well Core certification at Gold level, in recognition of its highlighted features, enhancing the health and wellbeing of occupants. 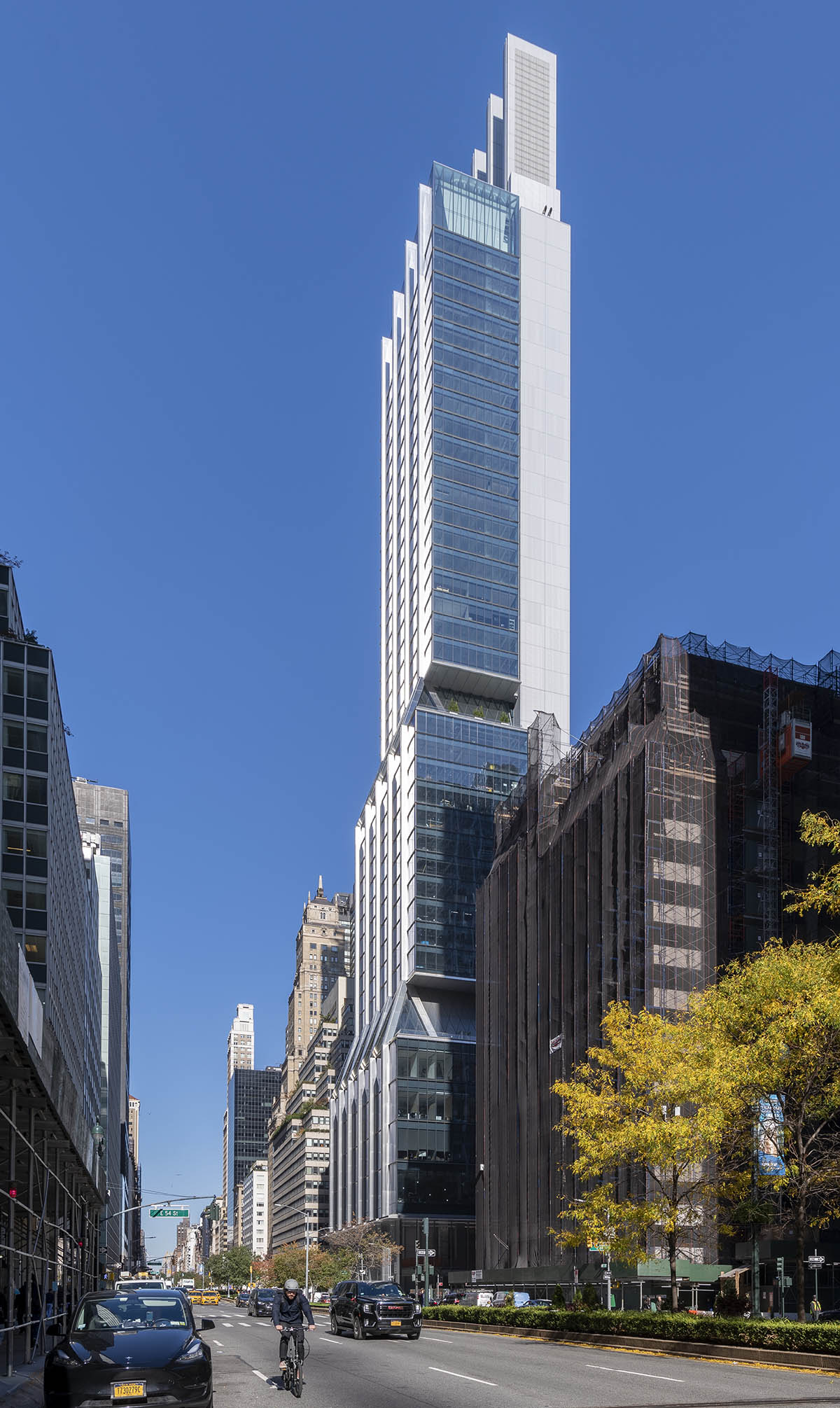 "425 Park Avenue celebrates its historic context and the restrained elegance of its landmark neighbours, while simultaneously pushing the boundaries of workplace design and reflecting the contemporary spirit of the city," said Norman Foster, Founder and Executive Chairman at Foster + Partners.

"The building’s architectural form and structural expression are inextricably linked, providing it with a distinctive identity. The floors with external terraces are the first of their kind on Park Avenue, creating a permeable and healthy working environment," Foster added.

The tower's design scheme is divided vertically into three distinct parts: a seven-storey base, which is integrated into the urban grain at street level - a recessed part that makes up the central section, and a slender body consisting of premium floors at the top. 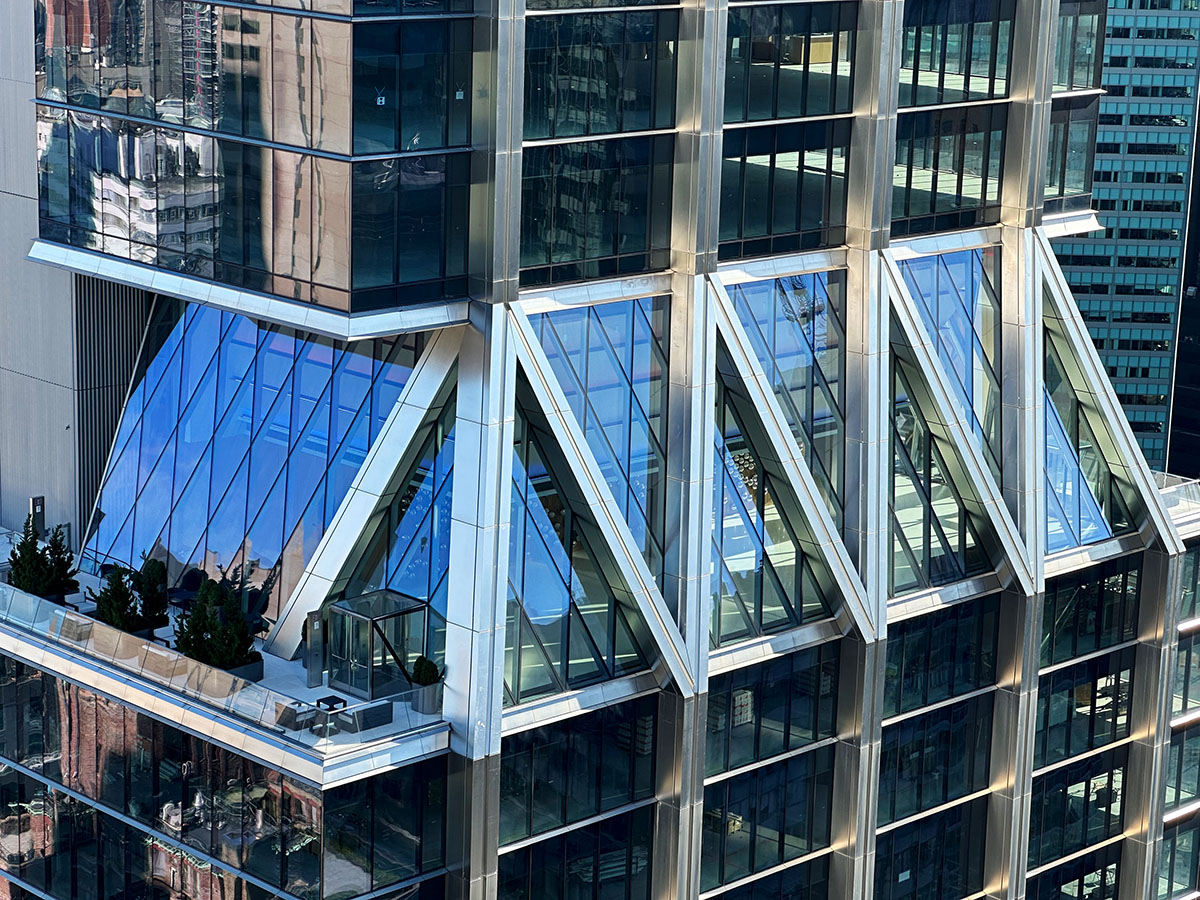 "The design was established through a process of detailed analysis, involving modelling views of Central Park from the site and finding the ideal distribution of areas to achieve a balanced composition," said Foster + Partners.

3-part setbacks inform the language of the high-rise building in New York – which corresponds with the datum of the street.

On the other hand, the second set back expands this theme, physically and symbolically which helps to make distinguish the upper levels from the rest of the city’s office towers.

"To maximise the Park Avenue frontage, the core is placed to the rear, where glazed elevator lobbies bring life to the eastern elevation and reveal long views towards the East River," added the firm. 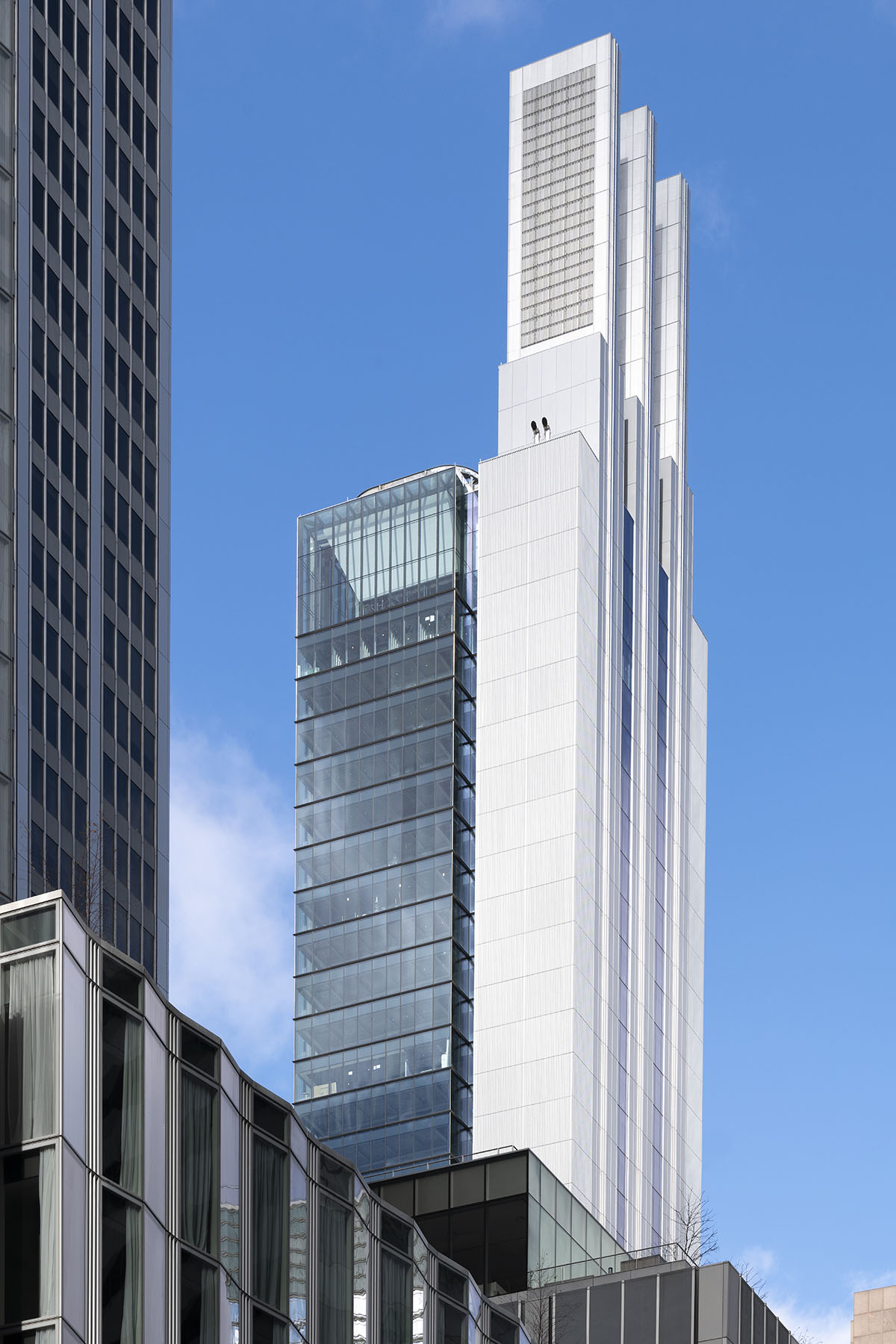 "It has been a great privilege to design a new building that stands alongside some of the city’s most remarkable landmarks. The tower makes a major contribution to the public realm at ground level, with its lobby, world-class restaurant and showroom space," said Nigel Dancey, Head of Studio, Foster + Partners.

"By offsetting the core and bracing the structure, the tower also offers flexible, open floorplates on the upper levels, which anticipate the changing requirements of contemporary workspaces to futureproof the building," Dancey added.

The design team creates "an expressive structure" with a tapered steel and concrete frames that allow the tower to meet three shear walls – "extending from the top of the tower, these three blades will provide a marker on the skyline."

Thanks to this approach and configuration, the structural expression also allows to create truly flexible, column-free floorplates on the upper levels to be able to accommodate a wide range of tenants.

"Between each of the three volumes, the office floors are intersected by double-height spaces that create the prized amenity of open space in the heart of Manhattan," the firm added. 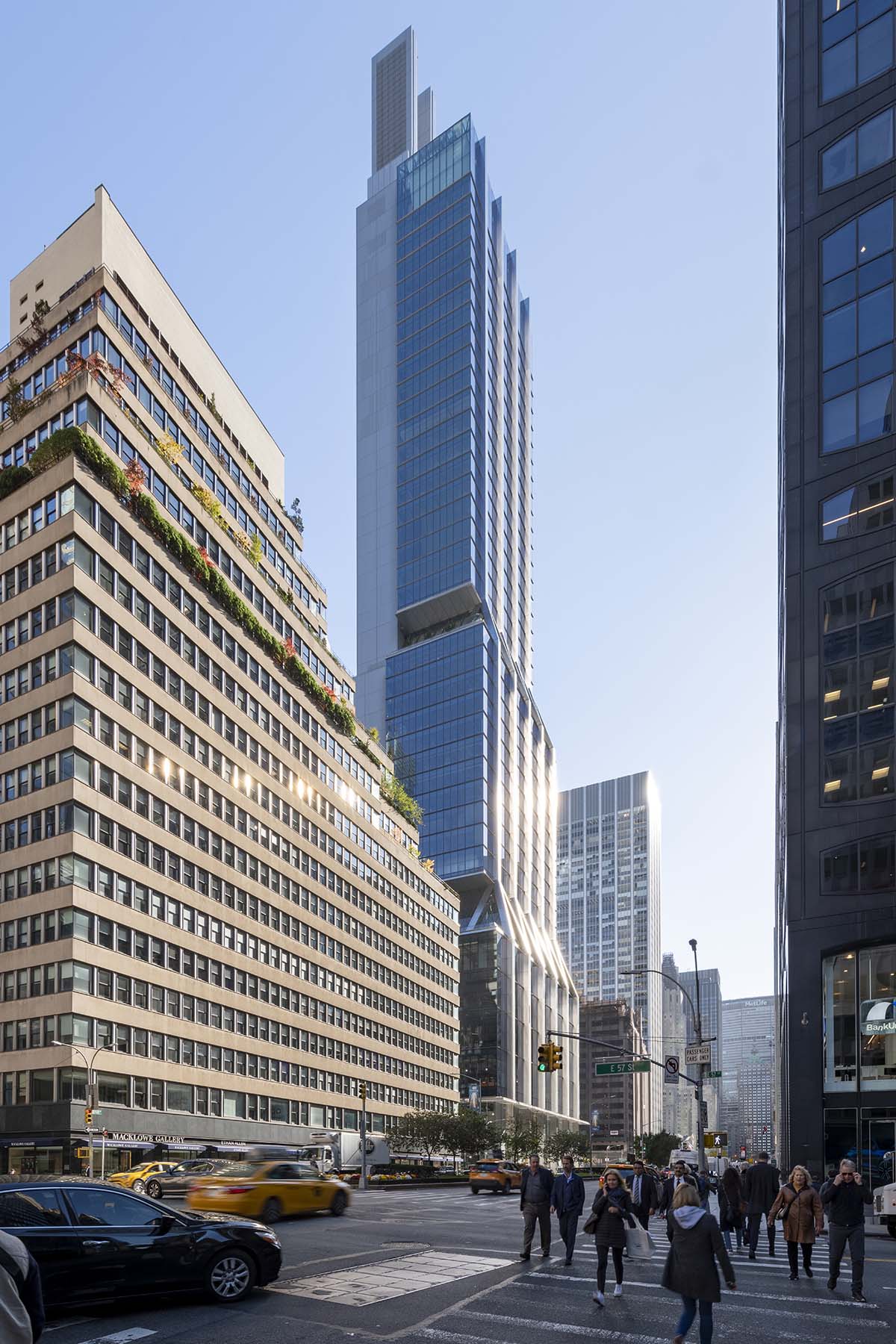 Another component, named The Diagrid Club, is placed in the second setback of the tower, which is open to all of the tower’s tenants.

In The Diagrid Club, users are welcomed by remarkable views, outdoor areas, an art installation by the Japanese contemporary artist Yayoi Kusama, private rooms for transcendental meditation by the David Lynch Foundation, and number of curated amenities designed to connect the mind and body.

On the same level, there are also café and dining spaces that are operated by the award-winning chef, Jean-Georges Vongerichten.

"We are delighted to see 425 Park Avenue open in New York. Working closely with L&L, we have created a landmark building which gives priority to comfort, natural light and fresh air - in a particularly dense urban environment," James Barnes, Senior Partner, Foster + Partners.

"The tower’s occupants have direct access to some of the city’s best new amenities and external terraces, with great views of the park and midtown Manhattan," Barnes added. 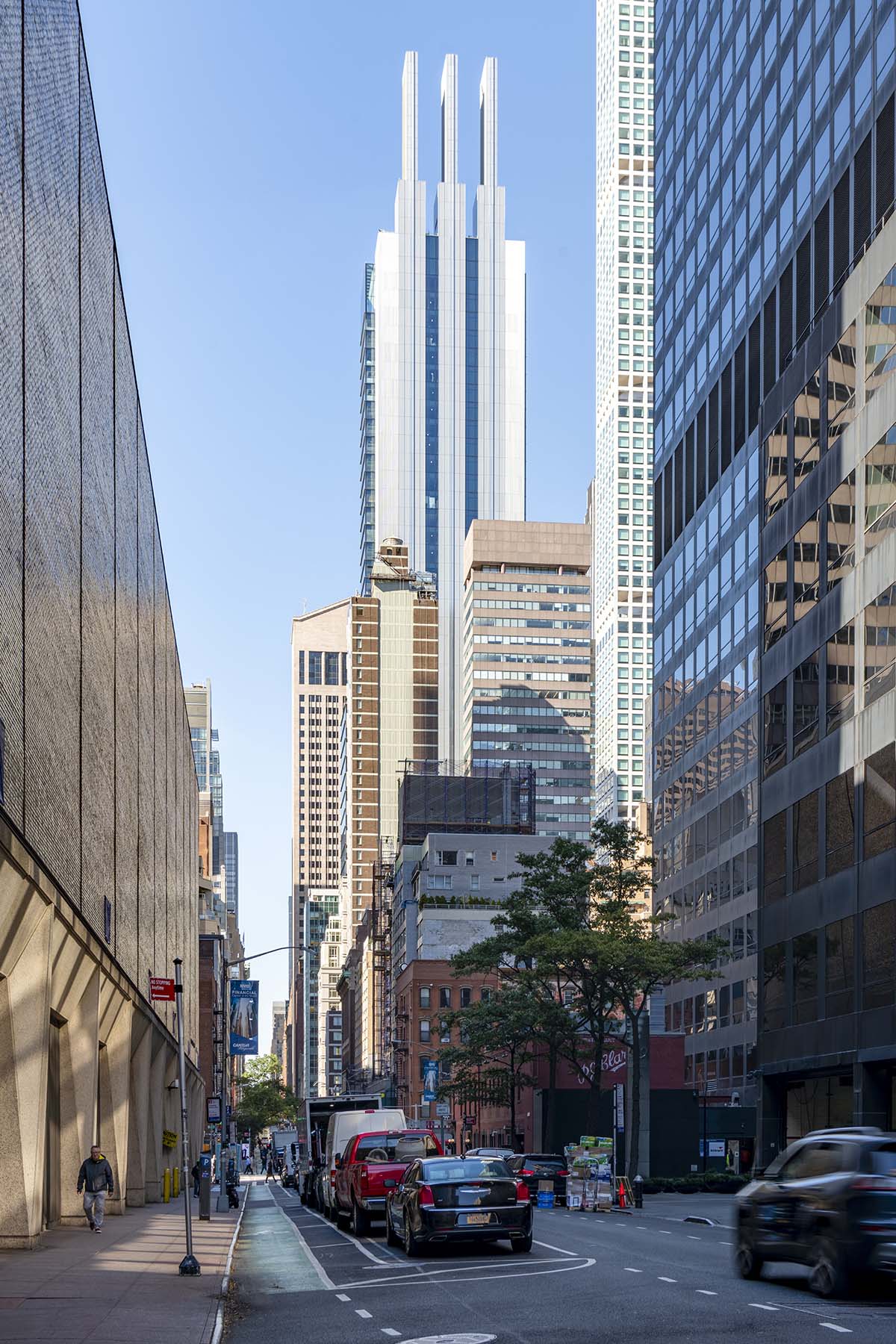 The social focus of the tower is highlighted at street level, while the entrance is enriched by a triple-height lobby flanked by Jean-Georges Vongerichten’s new restaurant.

The 14,000-square-foot (1,300-square-metre) restaurant includes a main mezzanine dining level and a cocktail lounge, with a 45-foot-high (14-metre) ceiling and a 24-foot (7-metre) painting by the celebrated artist Larry Poons. 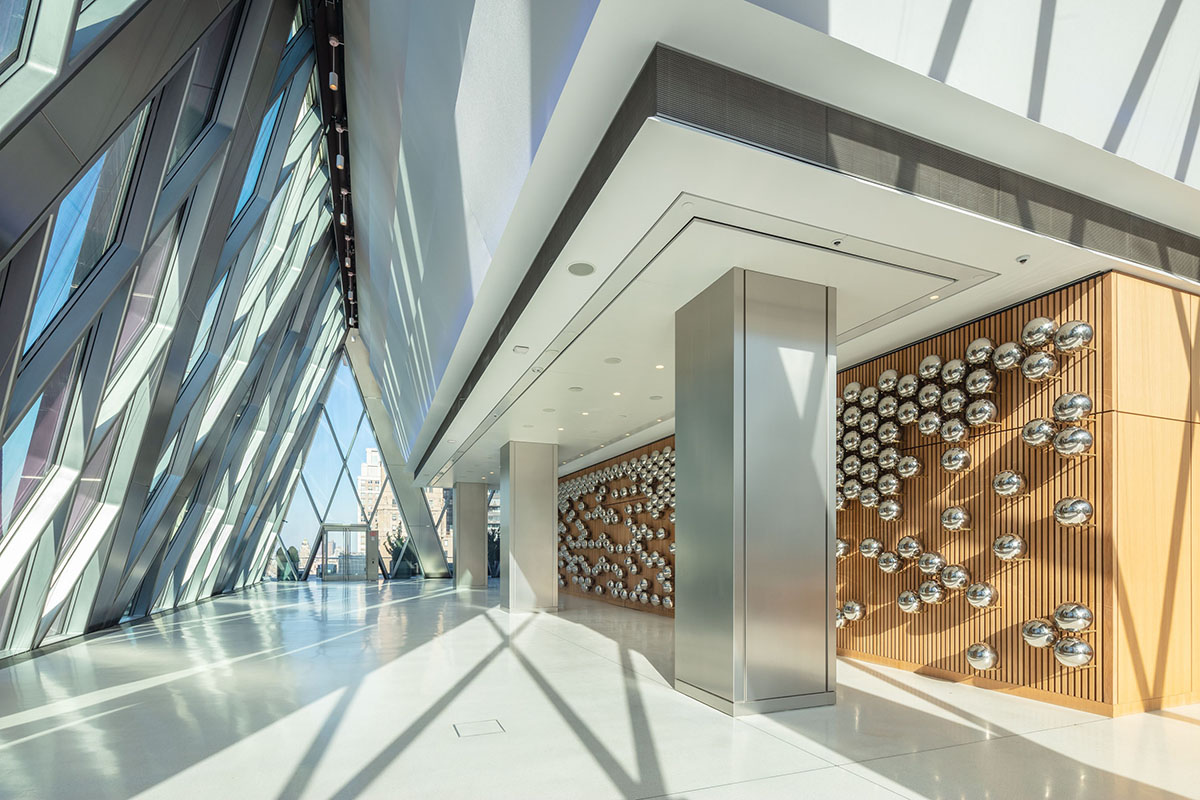 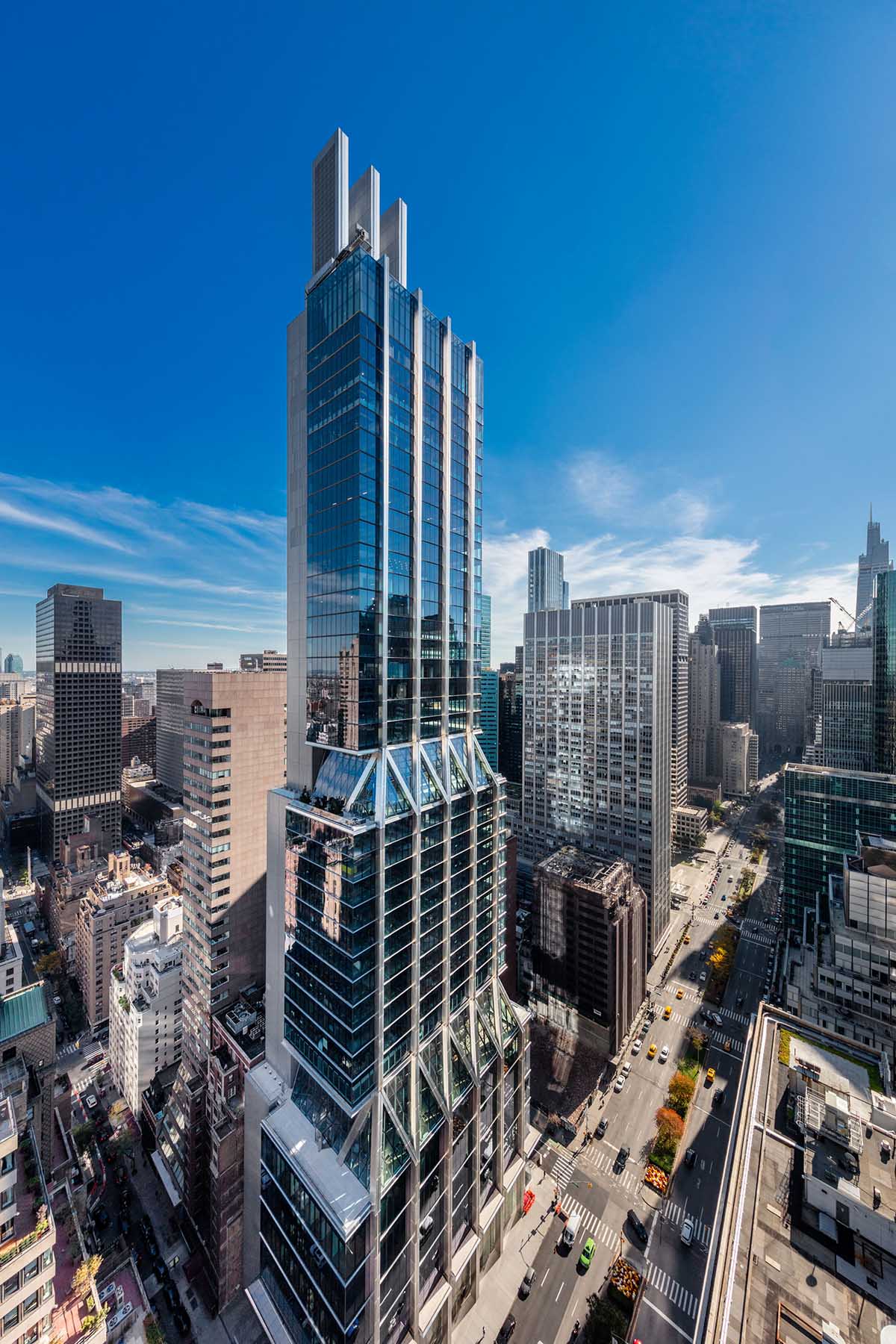 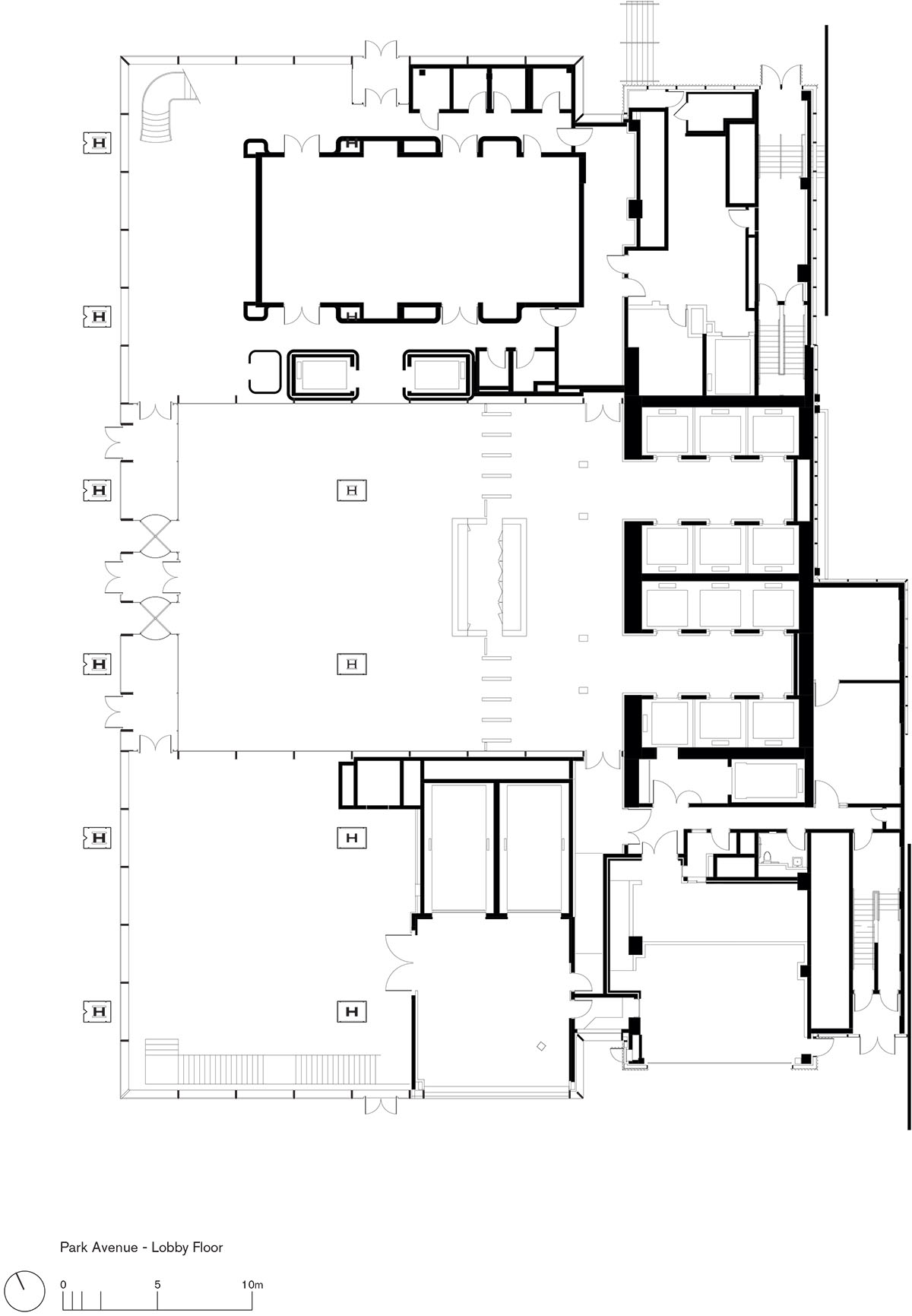 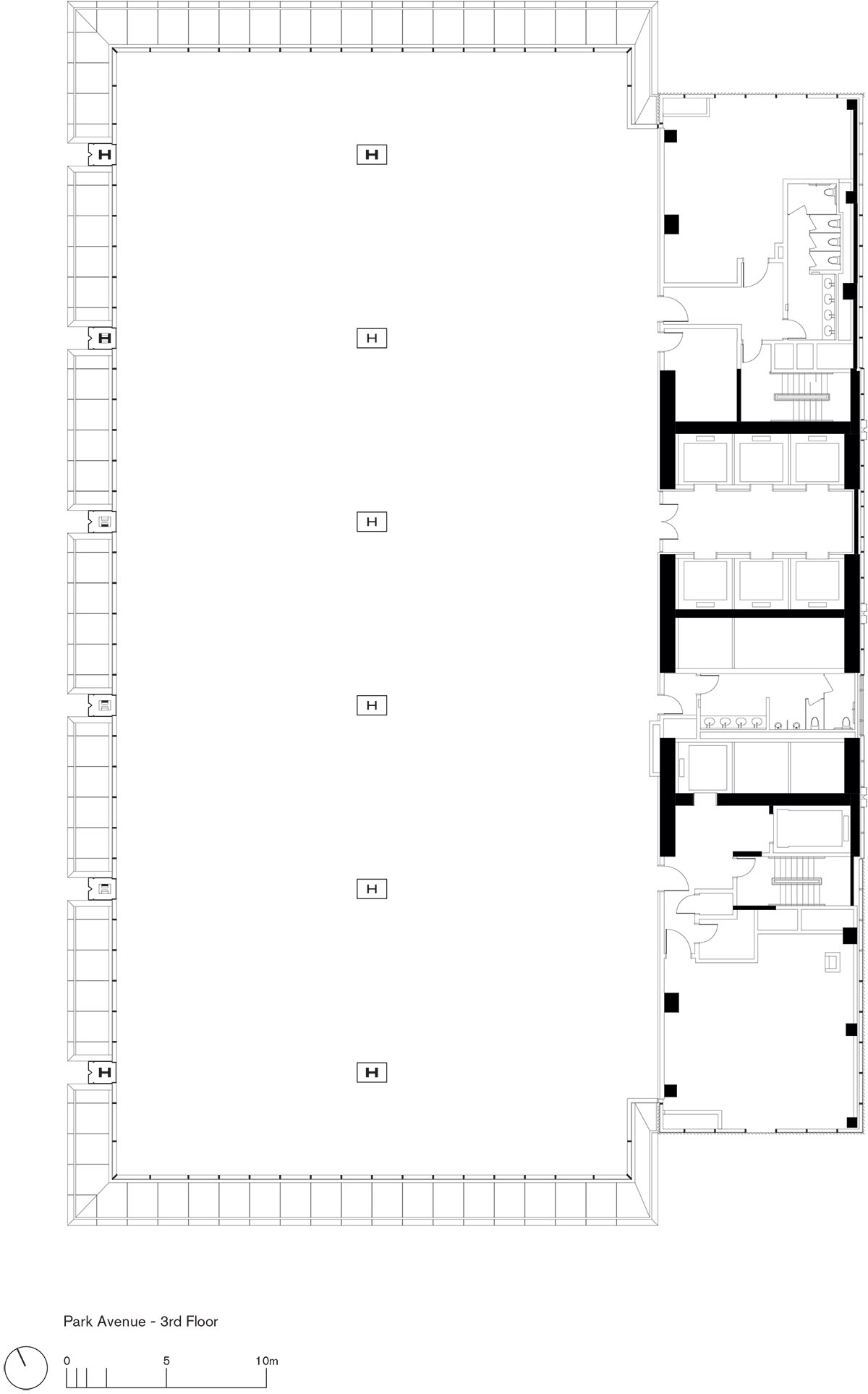 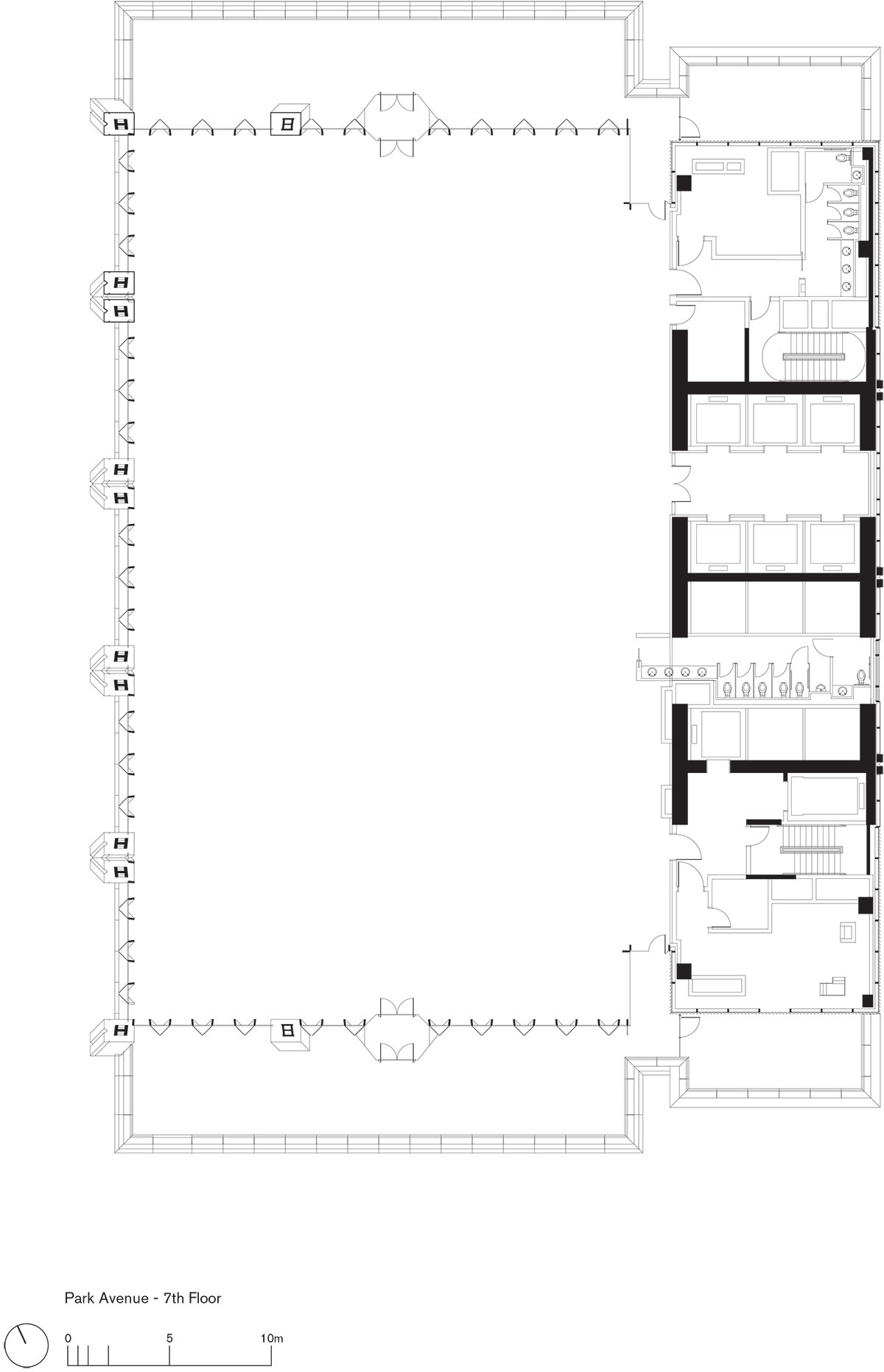 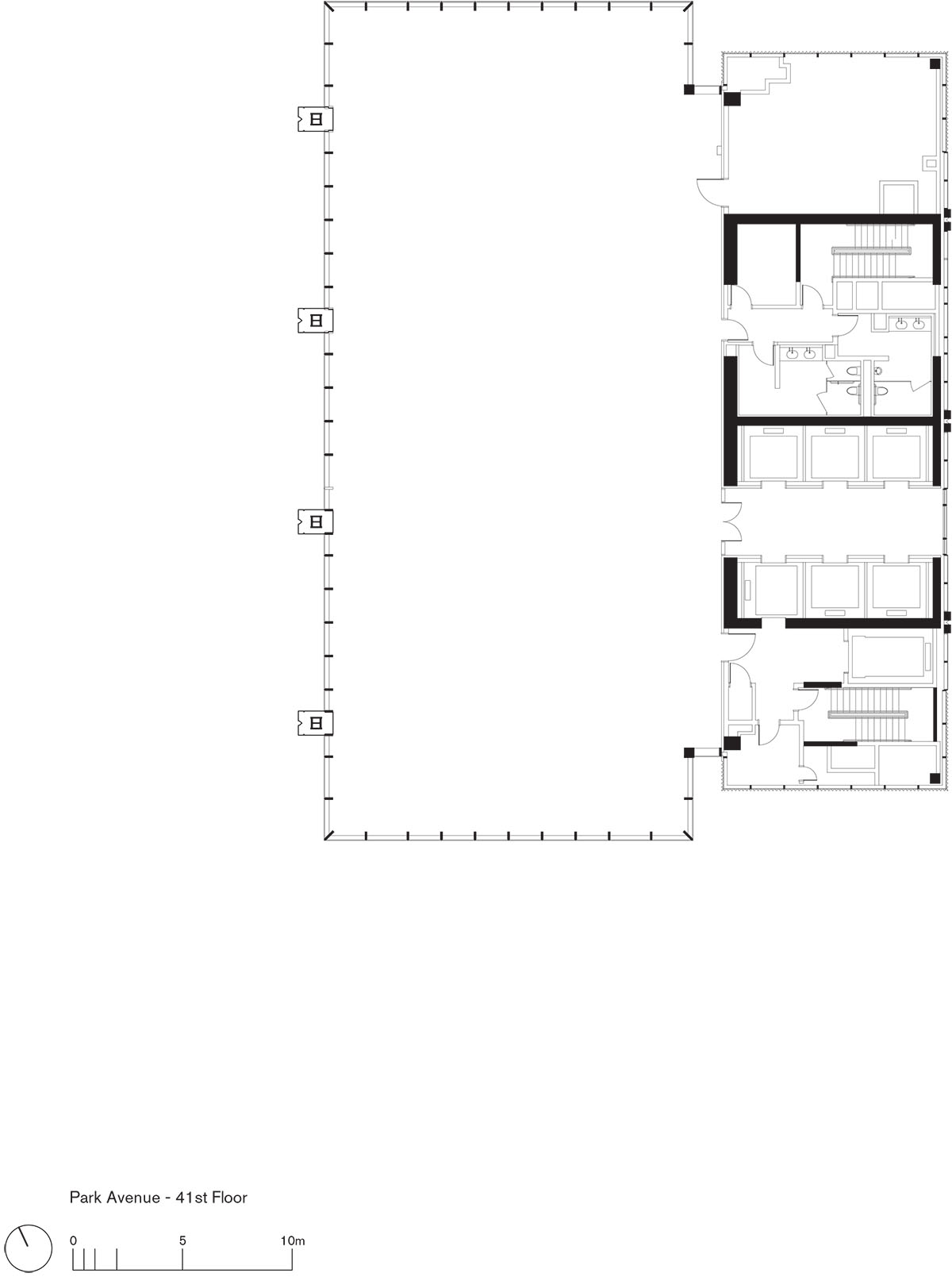 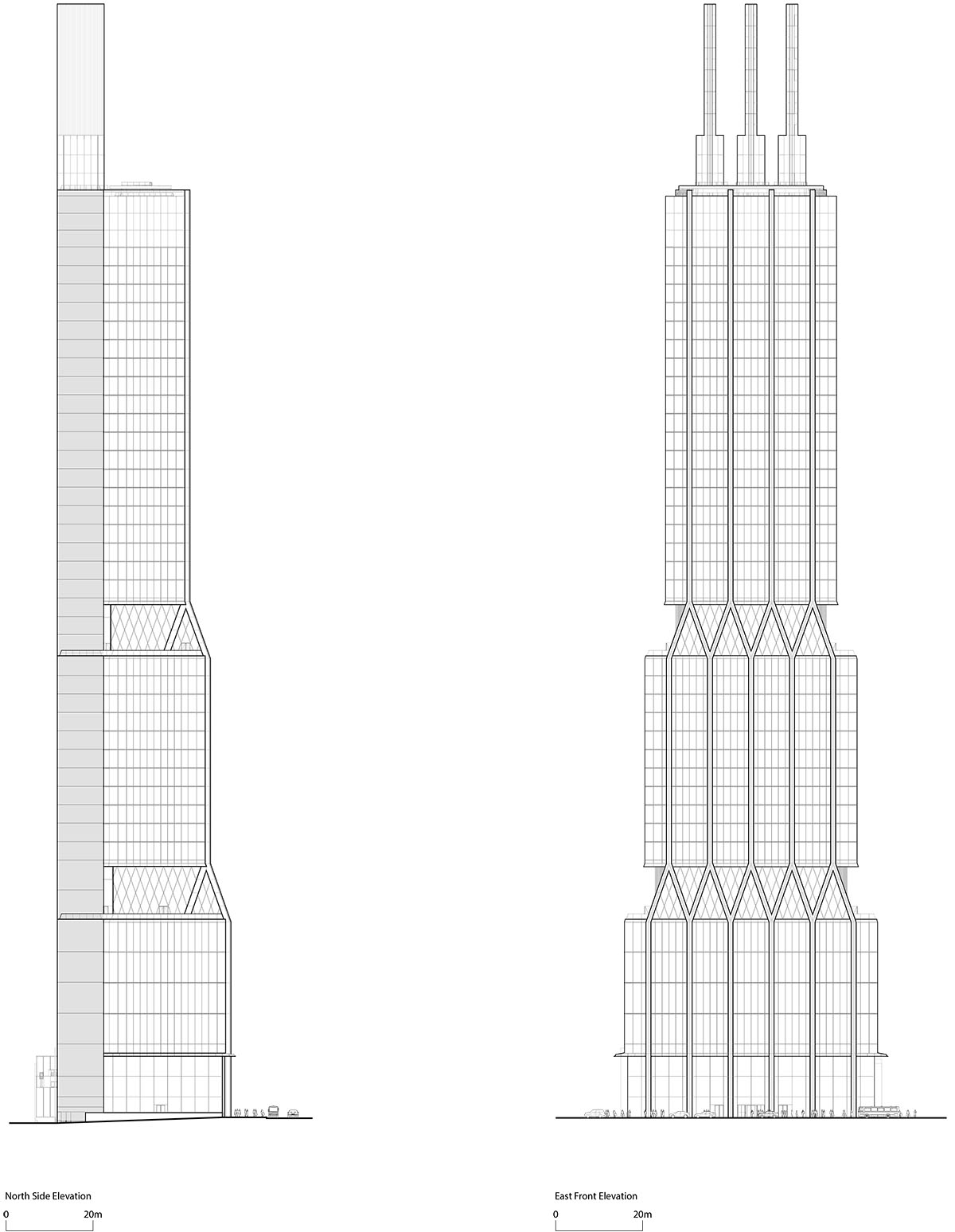 Foster + Partners recently completed a new 310-metre tower in Warsaw, Poland, which is the tallest tower in the European Union. The firm is working on the design of The Marine Life Institute in Saudi Arabia.