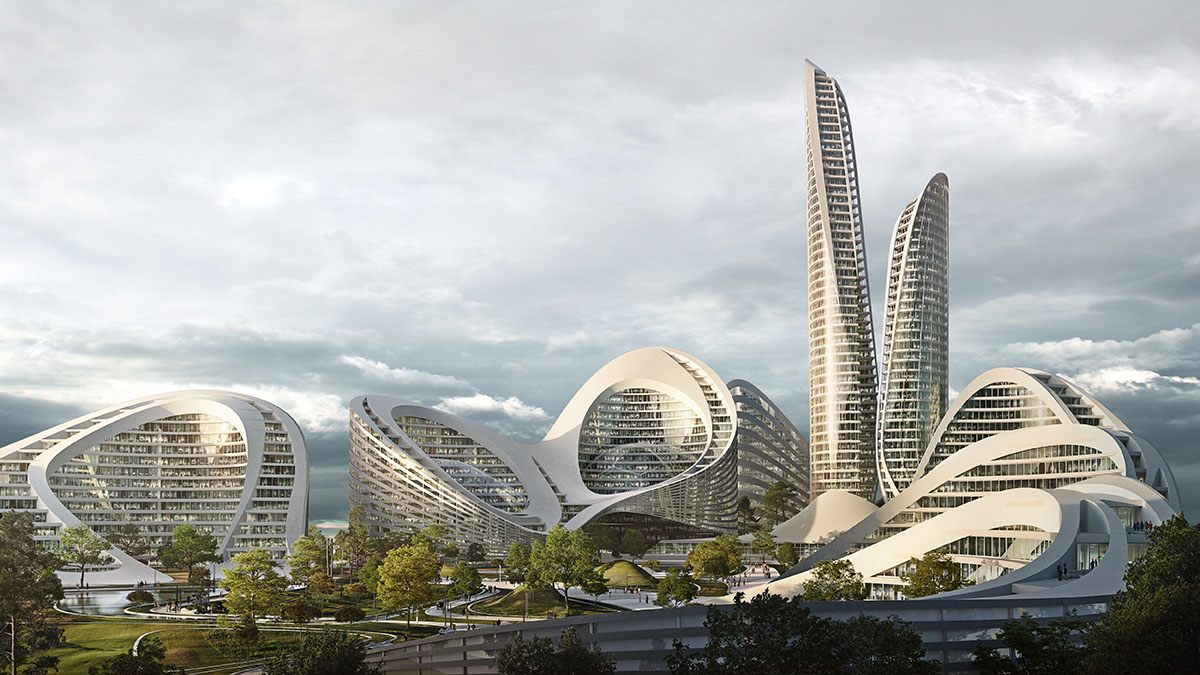 Zaha Hadid Architects and David Chipperfield Architects have stopped working on their projects in Russia, the decision came after Russia's invasion of Ukraine last week.

David Chipperfield Architects has declared a statement on its Instagram account, saying that they are suspending all their projects in Russia.

The studio wrote that "we condemn the actions of Putin and the Russian government and stand in solidarity with Ukraine and its people."

David Chipperfield Architects received a new commission to renovate the Central Telegraph building in Moscow in 2020.

The studio stated that its clients were understanding and supporting this decision.

"Given the invasion of Ukraine, and with the full understanding and support of our clients, David Chipperfield Architects has decided to suspend all work in Russia," wrote the studio.

"We condemn the actions of Putin and the Russian government and stand in solidarity with Ukraine and its people. As a practice we believe in dialogue, openness and engagement; values that are directly opposed to the ongoing war."

"We call for an immediate end to this human tragedy and our thoughts are with the innocent victims of this unjustified action," added David Chipperfield Architects.

Meanwhile, Zaha Hadid Architects has suspended their projects in Russia, wrote Architects' Journal. A spokesperson from ZHA said that "the practice has worked in Russia for four decades."

"Zaha Hadid was originally inspired by works of the Russian Avant-Garde and many of our staff have taught architecture students at universities across the country."

"We are deeply shocked and saddened by the conflict in Ukraine and have placed our two ongoing projects in Russia on hold."

"We have completed our contracted works on all other projects in the country and continue to monitor guidance from the UK government."

World Architecture Community previously contacted ZHA, it has not received a response yet.

Zaha Hadid Architects is one of the most active architectural offices in Russia. The studio recently won a competition to design the new Klenoviy Boulevard Station 2 in Moscow.

A new Sberbank Technopark in Moscow, which received a planning permission, a new smart city complex in Rublyovo-Arkhangelskoye in the west of Moscow (shown in the top picture) and a new Philharmonic Concert Hall in Yekaterinburg are among the projects of ZHA.

"We stand in solidarity with all the people who are defying and protesting against this war, and we strongly condemn the violence," MVRDV stated.

Following the country's invasion of Ukraine, several architects, artists, architectural organizations, cultural Institutions have showed their supports for Ukraine, while Russian Institutions are stopping their works in the country.

Besides, The Royal Institute of British Architects announced a statement on 2 March and said "Our thoughts are with all those affected by the Russian invasion of Ukraine, which has exposed the horrific effects of conflict on communities, and put the role that architecture plays in building resilient, collaborative and inclusive societies into sharp relief."

RIBA President Simon Allford said that "We are examining the implications for architects working from or seeking work within impacted areas. In the first instance, we recommend those directly affected keep up to date with the latest UK Foreign, Commonwealth & Development Office advice, and professionals consult the UK Government’s Business Support helpline to ensure they are aware of the potential risks and challenges of working in this environment."