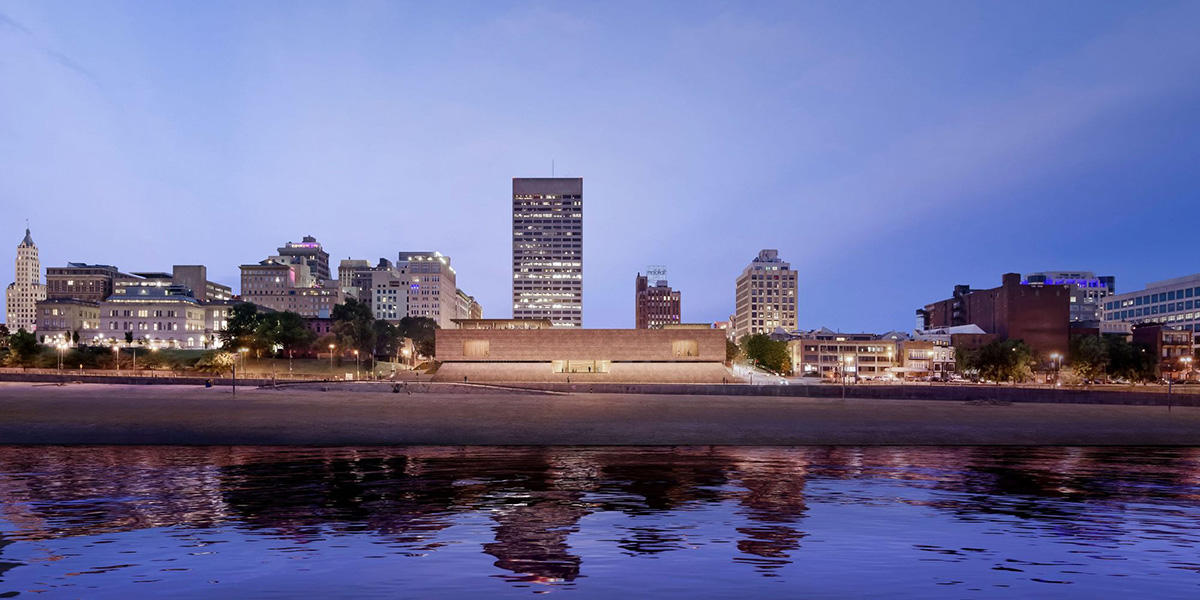 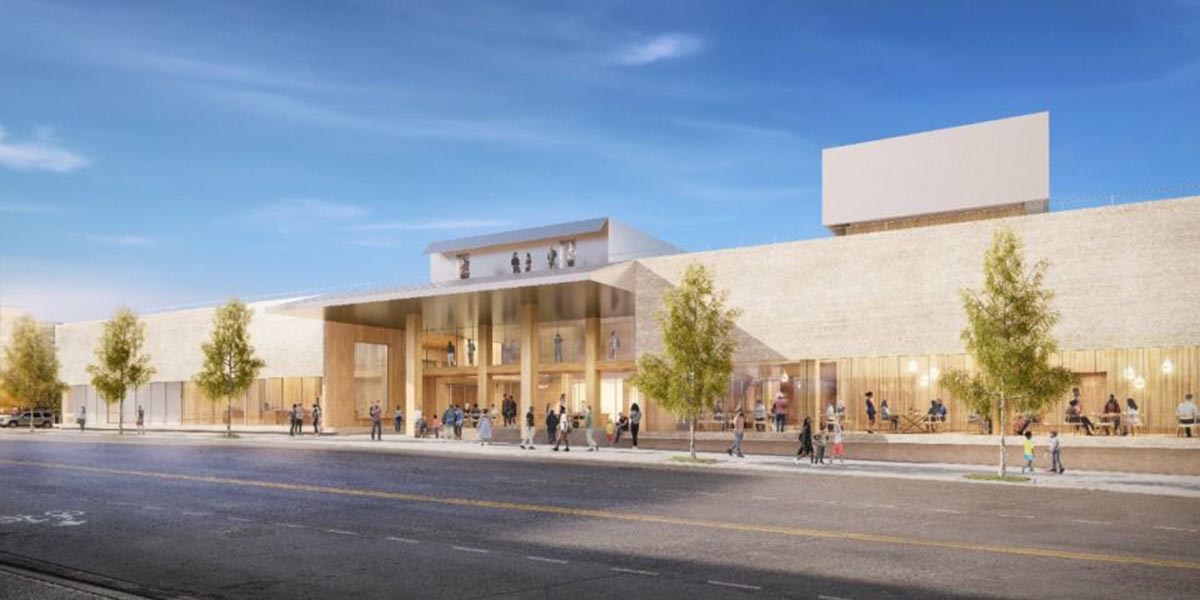 Herzog & de Meuron's new Memphis Brooks Art Museum forms part of the new six-mile-long redevelopment plans of the Memphis riverfront, currently underway. The new redevelopment plans include the overhaul of the site's historic landing, the design of new parks and recreational pathways aiming to create a "cultural corridor" alongside the river.

The riverfront development also includes the new Memphis Riverfront Concept by Studio Gang and SCAPE. Herzog & de Meuron's new art museum is planned to break ground in 2023 and scheduled to open to the public in 2026.

The updated Memphis Brooks Art Museum is located in downtown Memphis and is aimed to be a key component of the redevelopment of the Mississippi River waterfront. The new art museum will provide improved and expanded facilities as well as increased access to its visitors and proximity to other notable sites downtown, the museum will expand its audience and engage a broader public.

Taking cues from the historic importance of the site and the guiding principles of the foundational plan for the city, the new museum intends to reinforce and strengthen the existing urban fabric. 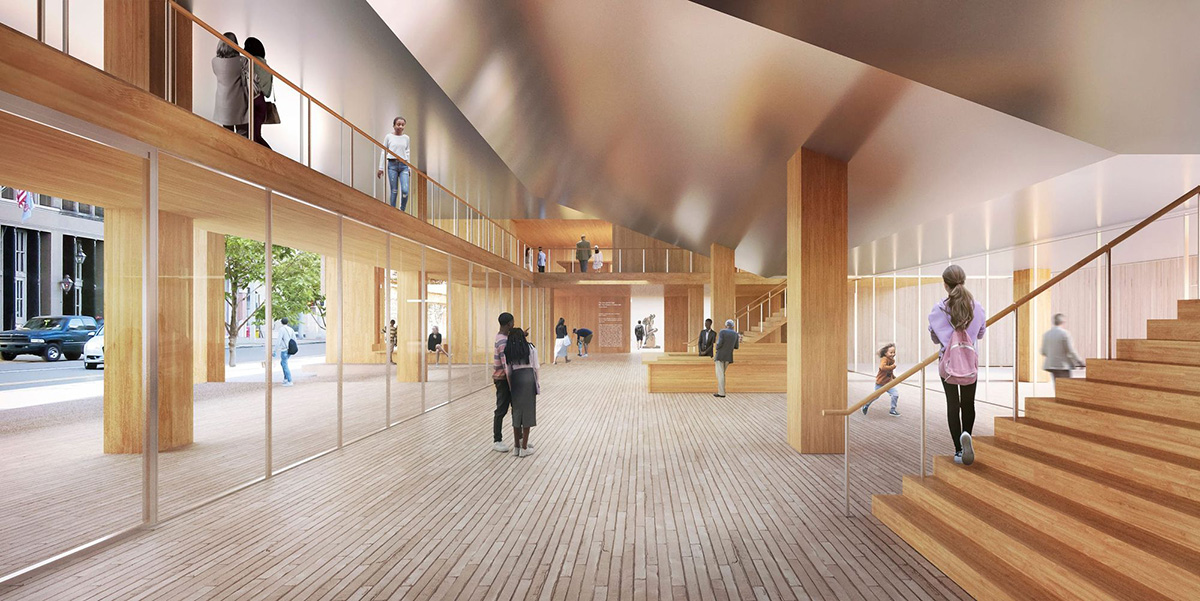 Situated at the intersection of Union Avenue and Front Street at the southern end of the historic city core, the new building replicates the typical downtown block as a one-story volume and extends the traditional civic scale of the city along Front Street.

Referencing the precedent of downtown alleyways, which divide the surrounding blocks into quadrants, the museum features a generous courtyard that serves as a central public space in the heart of this newly formed museum block. 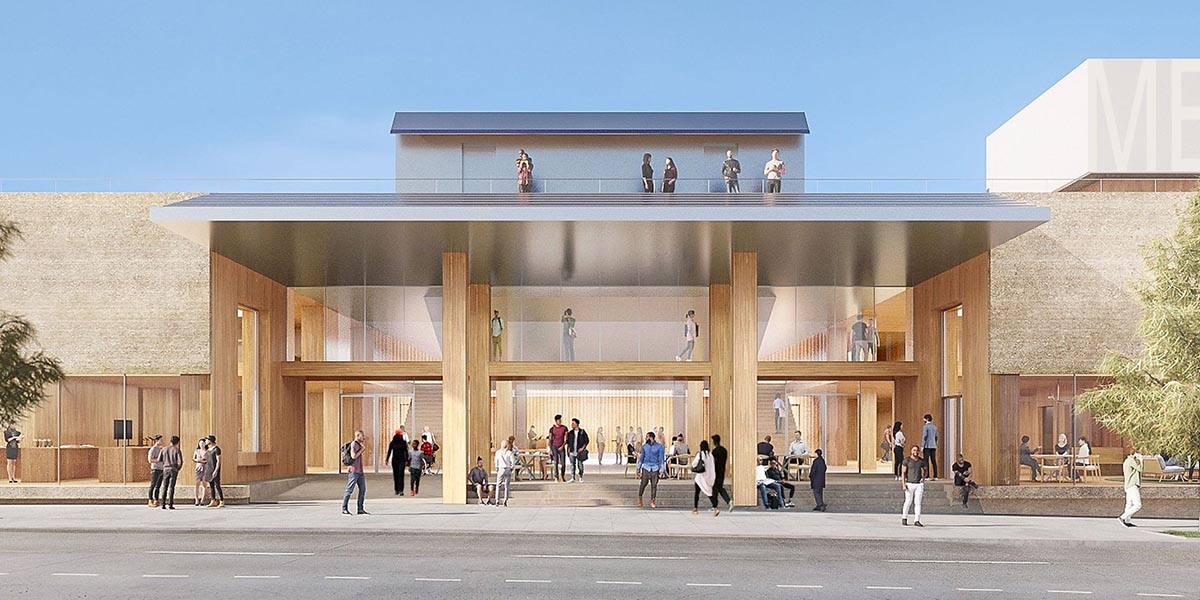 Two main elements define the new art museum: a gallery pavilion taking at the center of the project and a reconstructed sloping base.

The base volume serves acts as a platform for the public functions of the museum, extending the raised shelf of civic amenities along the river: park, school, library, and museum. 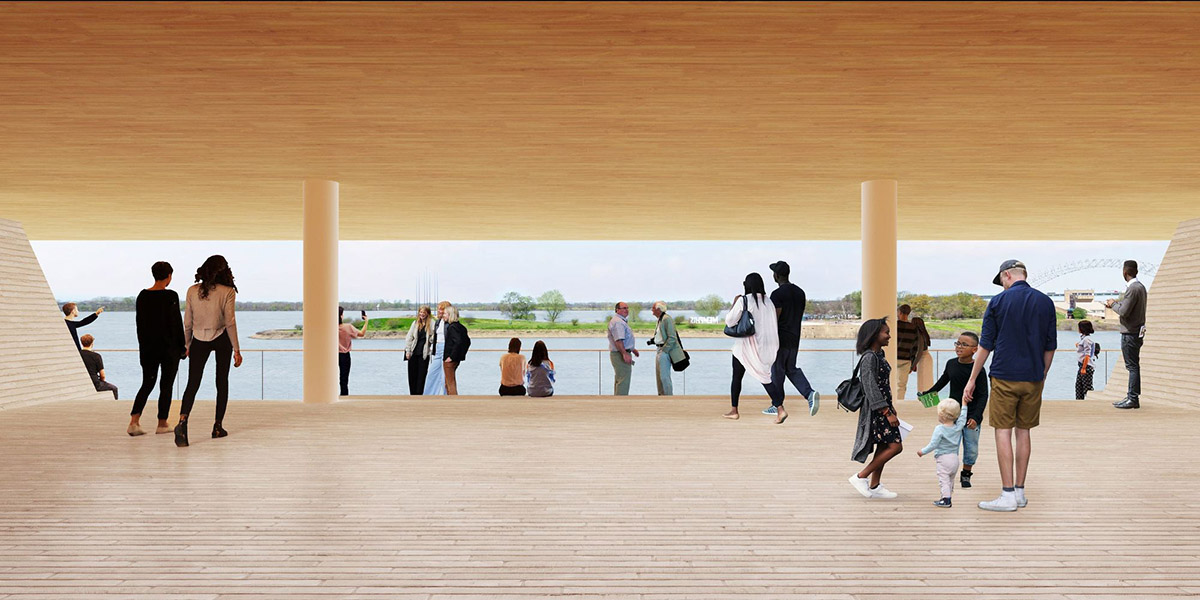 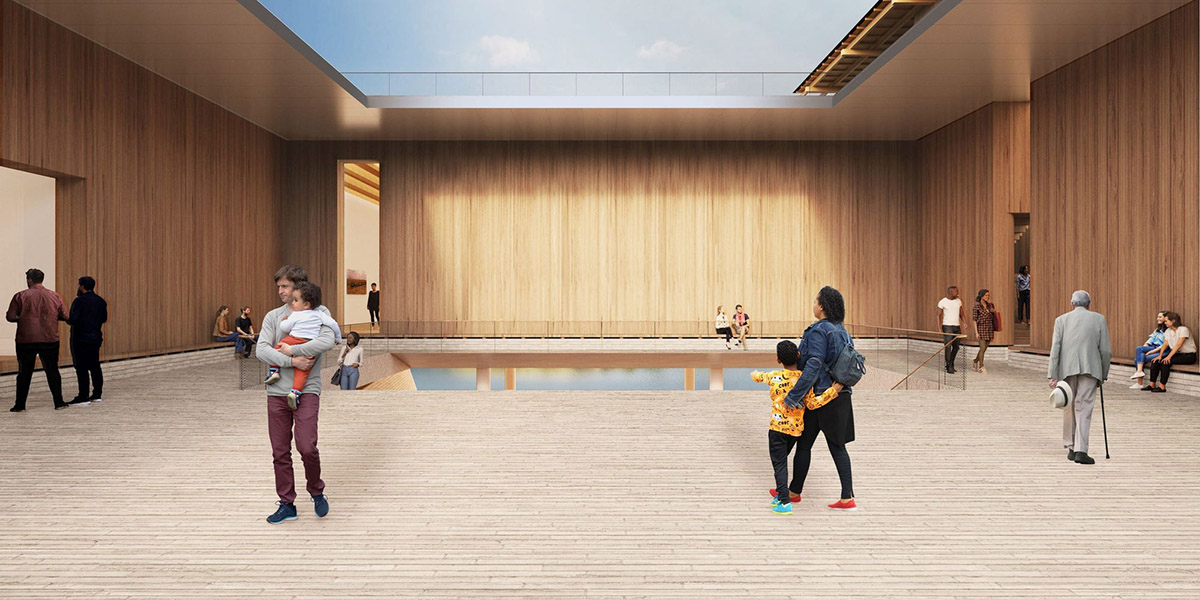 The gallery pavilion is conceived as a straightforward, rectilinear volume that wraps an interior courtyard. While the gallery pavilion referencing the natural bluff landscape, the exterior cladding of pavilion and base are designed with the warm earthen hues of the exposed clay along the Mississippi River. Inside the pavilion, the design team uses timber structure.

The glass pavilion will house an entrance lobby, temporary exhibition space, permanent collection galleries, and the educational programming all on one level. 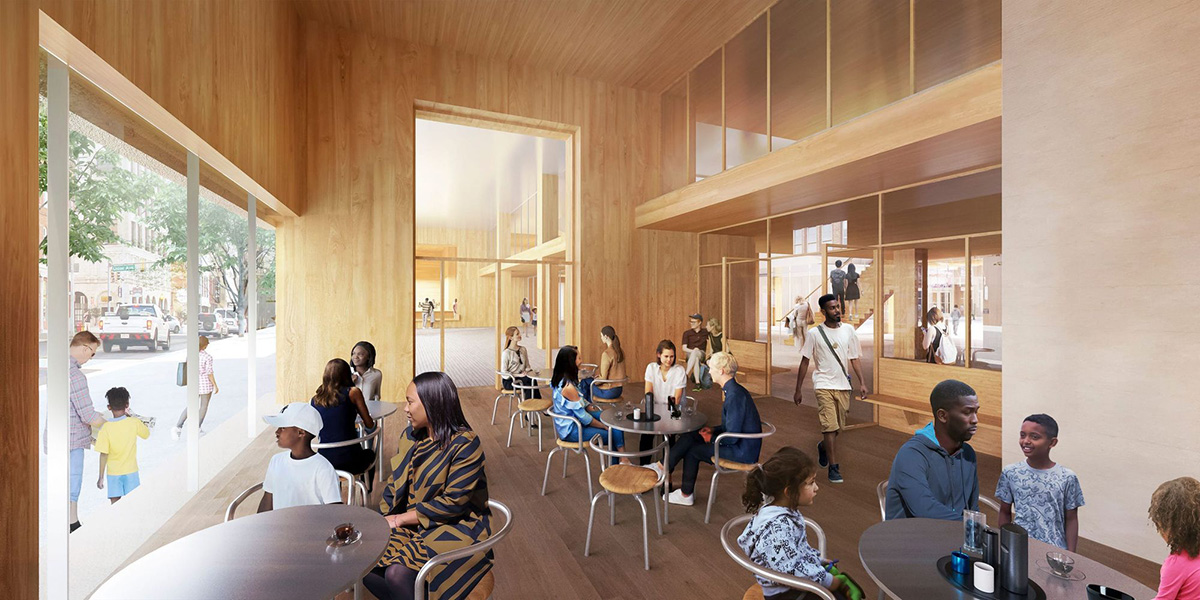 This part will extend the plane of Front Street to a cantilever at Riverside Drive, creating a volume that is simultaneously grounded and suspended. The reconstituted base will also provide the vehicular and service entrances as well as the art handling and museum support areas. It will reach up from the ground to support the pavilion, negotiating the grade difference between Front Street and Riverside Drive.

As the team explains, the museum courtyard will extend the public realm into the building, connecting city and river through a series of cascading spaces in the museum. 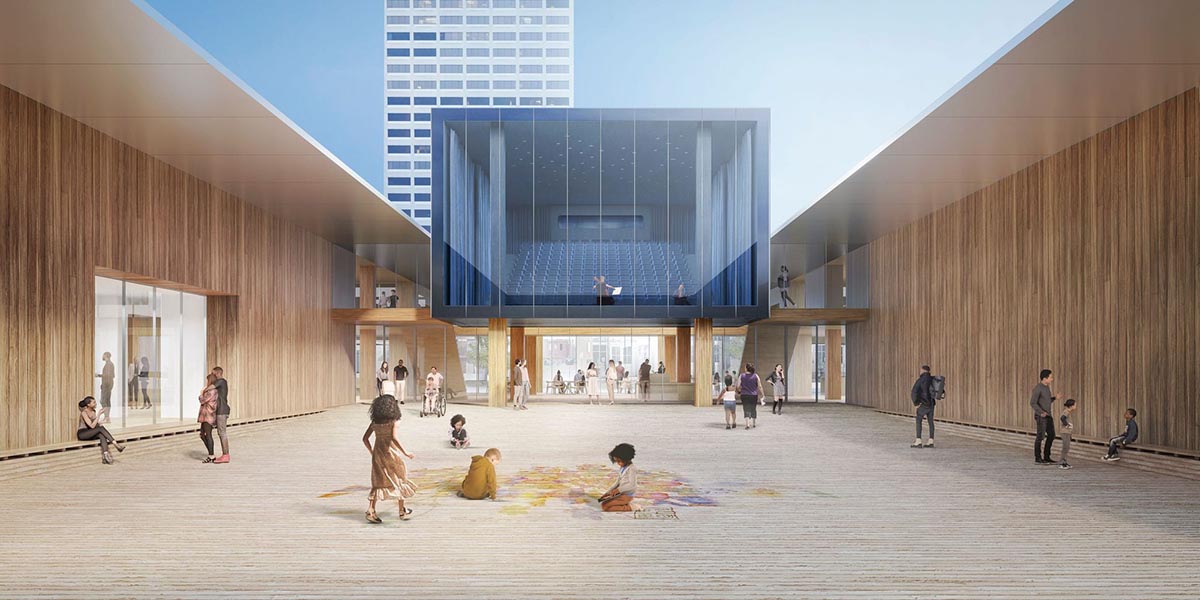 The courtyard will be a partially shaded, flexible space for both programmed and spontaneous events and gatherings. On the east side, visitors will encounter with a suspended theater volume that can serve as a projection screen for outdoor screenings.

On the west side, a grand stair with 175 built-in seating will lead to a framed vista. Carved out of the bluff, this River Parks Overlook provides both a view out to the river and a window into the museum. 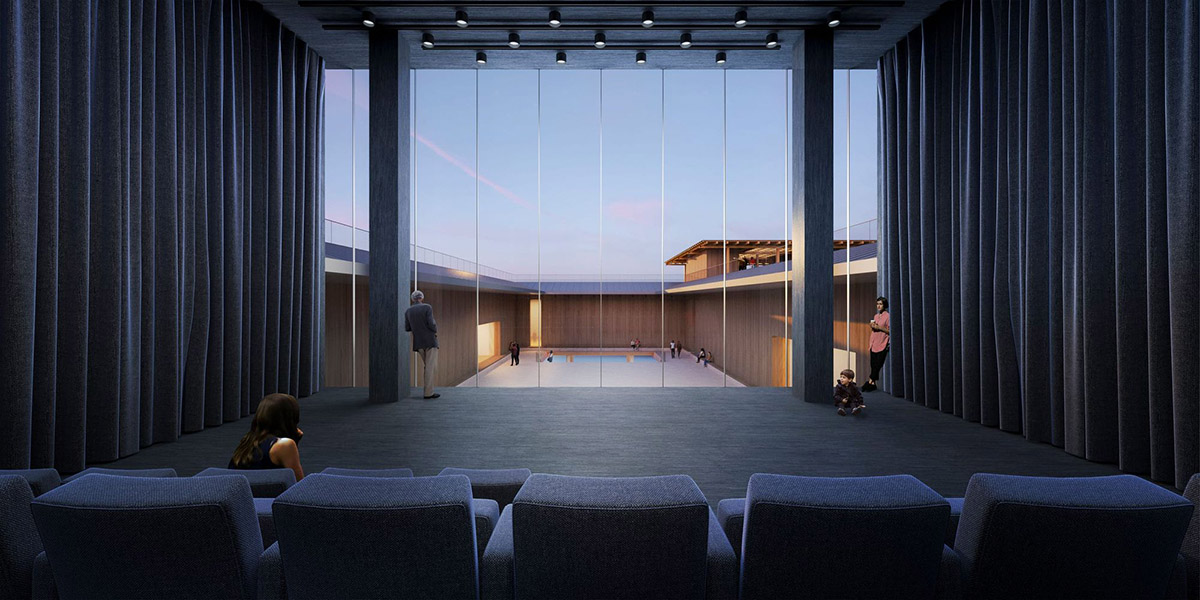 Atop the gallery pavilion, there will be a rooftop space which offers unencumbered views toward Mud Island and the Arkansas floodplain.

Museumgoers can enjoy views of the Hernando de Soto bridge to the north, the trio of early-twentieth-century bridges to the south, and the historic edifices of the Cotton Exchange and the Shrine Building to the east. 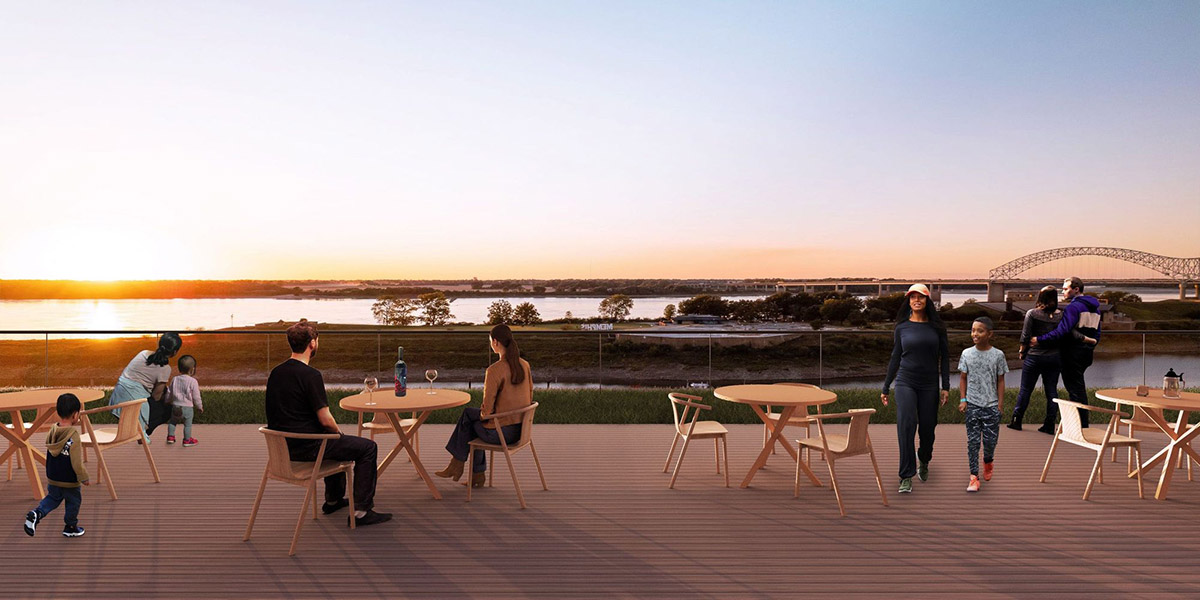 The firm completed a new extension for the MKM Museum Küppersmühle in Duisburg, Germany. The studio began construction on the transformation of power plant in San Francisco.

All images courtesy of Memphis Brooks Museum of Art.