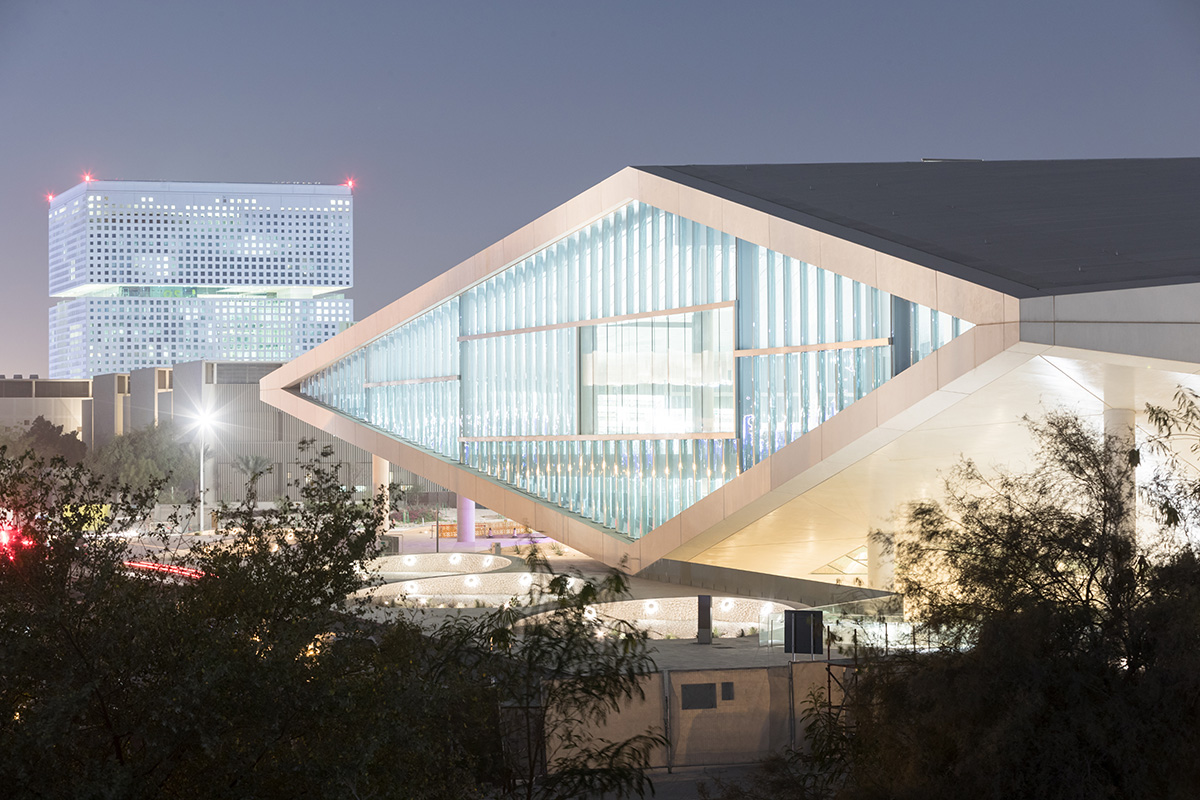 OMA, Herzog & de Meuron and ELEMENTAL will design three major new museums in Qatar which will be developed as part of the nation's ambitious plans on encouraging and supporting the nation’s cultural sector and boosting growth of its creative economy.

The plans have been announced yesterday at the 2022 Doha Forum in Qatar by Her Excellency Sheikha Al Mayassa bint Hamad bin Khalifa Al Thani, Chairperson of Qatar Museums, at a press conference, announcing the development of three major new museums in Qatar. 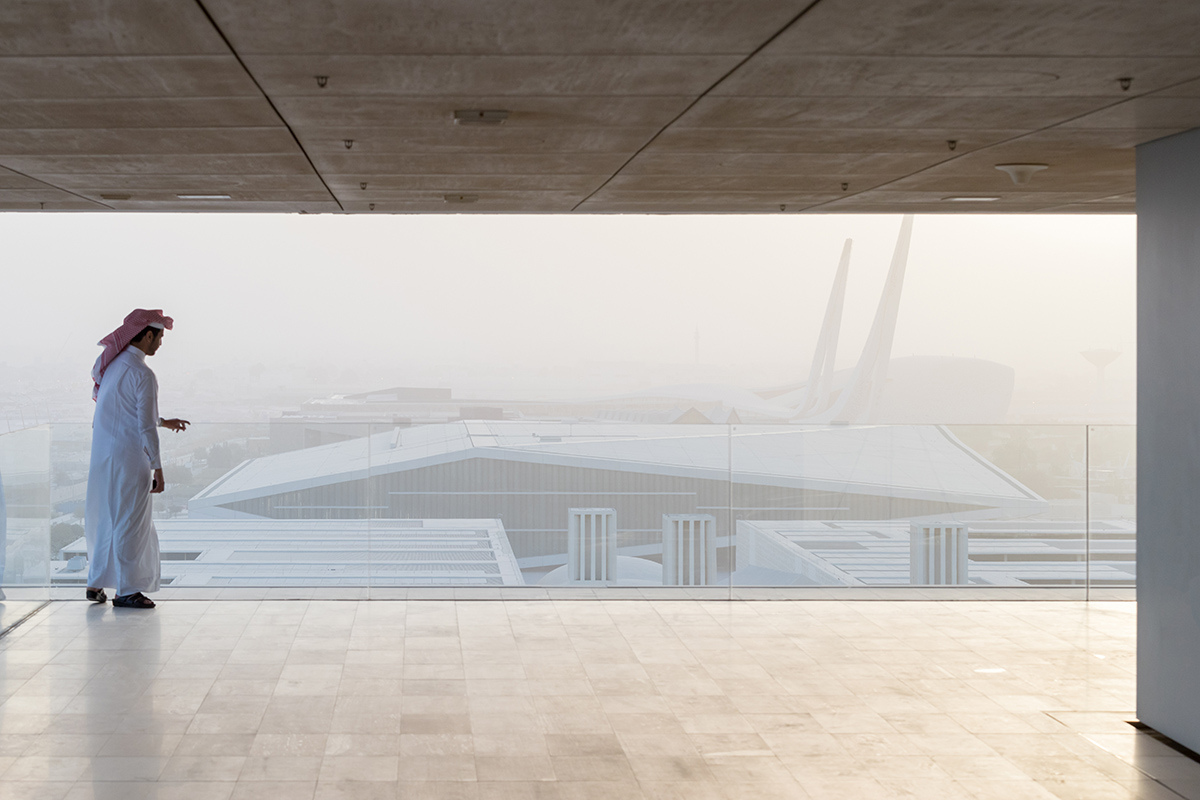 The announcement was made as part of a wide-ranging address by Her Excellency to the Doha Forum on the strategy for investing in the creative economy to drive the next phase of development of Qatar. Her Excellency was joined on the platform by architects Jacques Herzog of the Pritzker Prize-winning Herzog & de Meuron and Alejandro Aravena of the Pritzker Prize-winning ELEMENTAL.

The three museum projects, which are set to be built in Doha, will celebrate the wider Islamic world, contemporary art and explore the evolution of the automobile industry from its invention through today.

The Doha Forum is a global platform for dialogue where policy leaders discuss the critical challenges facing the world and build innovative and action-driven networks to address them. The creative economy panel centred on the new institutions that will join Qatar’s cultural ecosystem in the coming years. 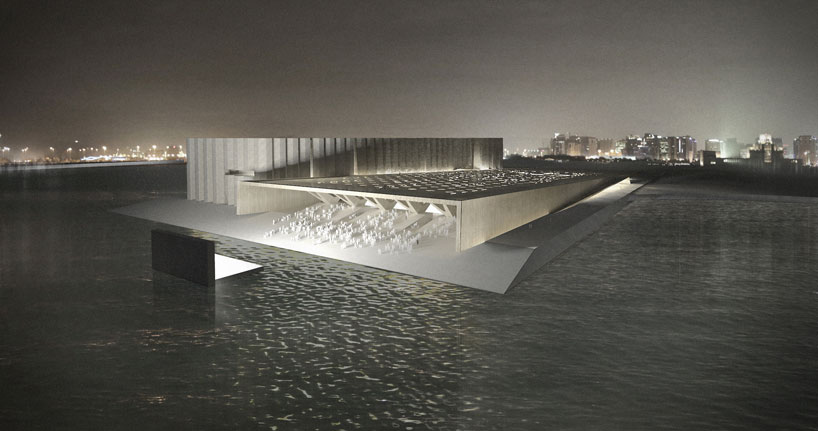 The Art Mill is being designed by ELEMENTAL in Doha. Image © Malcolm Reading Consultants + Elemental

Pritzker Prize-winning Chilean architect Alejandra Aravena's firm Elemental won the Art Mill International Design Competition with The Art Mill in 2017, which will be built at the site of the historic Flour Mill in Doha. The museum is being designed by ELEMENTAL, with landscapes by Swiss designer Gunther Vogt.

The Art Mill campus will bring together exhibition and performance galleries for modern and contemporary art, dedicated spaces for learning and artist residency programs, production facilities, a village for Qatari creative industries, the Dhow Centre, and gardens.

"We have never done a museum before, and so we ourselves are examples of the creative economy as something that requires trust. One of its opportunities is that you can bet on people. With the Art Mill, we are trying to trigger some consequences for local industry even before construction starts," said Alejandra Aravena.

"The Art Mill will not just be a perfectly finished object but an opportunity for young designers, artisans, craftspeople in Qatar to come together to deliver the knowledge they have accumulated and contribute to the building, so that it not only houses a great collection but expands to more popular audiences," Aravena added. 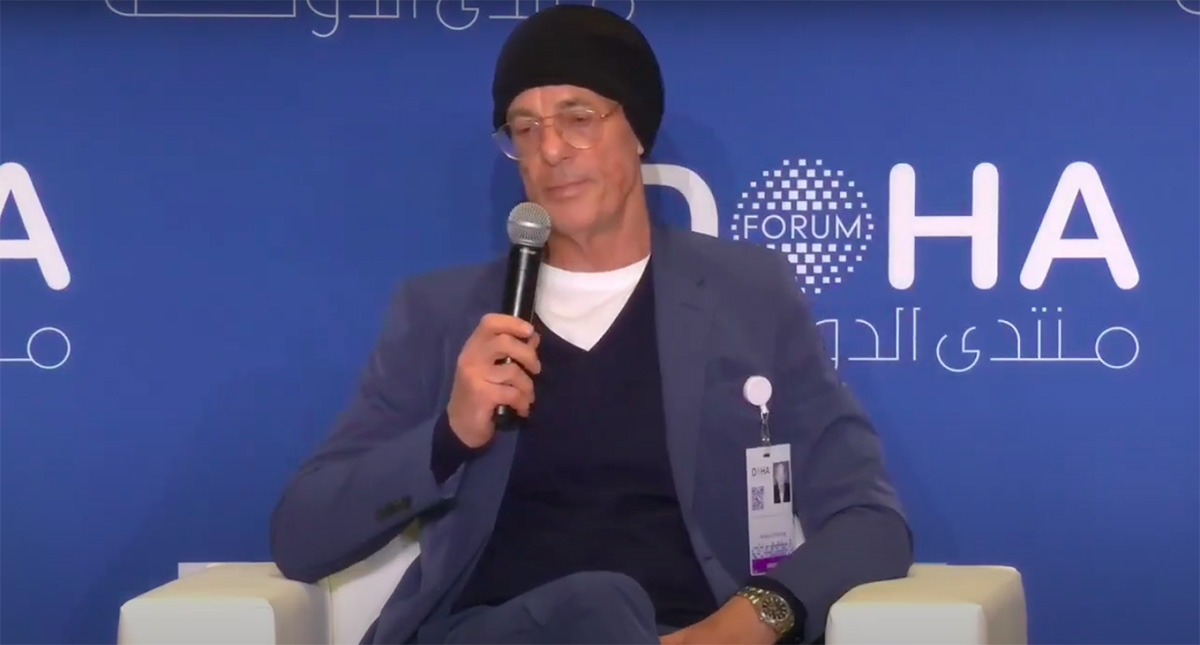 Another museum, named Lusail, will be designed by Herzog & de Meuron, is set to create home to the world’s most extensive collection of Orientalist paintings, drawings, photography, sculptures, rare texts, and applied arts.

Celebrating four millennia of cultural exchange between East and West, Lusail Museum, encompassing a total of 52,000-square-metre area, will explore the influence of the Middle East and wider Islamic world in the arts and will consist of galleries, an auditorium, library, dedicated learning spaces, and more among its four floors.

"As this project has gone forward, it has become more like what Qatar itself tries to be, which is a platform for exchange and debate—putting things on the table, and not just saying polite things," said Jacques Herzog at the press conference.

"This debate aspect is important to a museum where the collection is about how the East and West has been in exchange about political, social, and cultural issues from long ago. That becomes the main topic."

"The building is a kind of vessel that inside has a complex topography, a clash of fragments of different places and functions. What we have learned during this process, to make space for that aspect of dialogue, is what will make the project important for Qatar and for us," Herzog added. 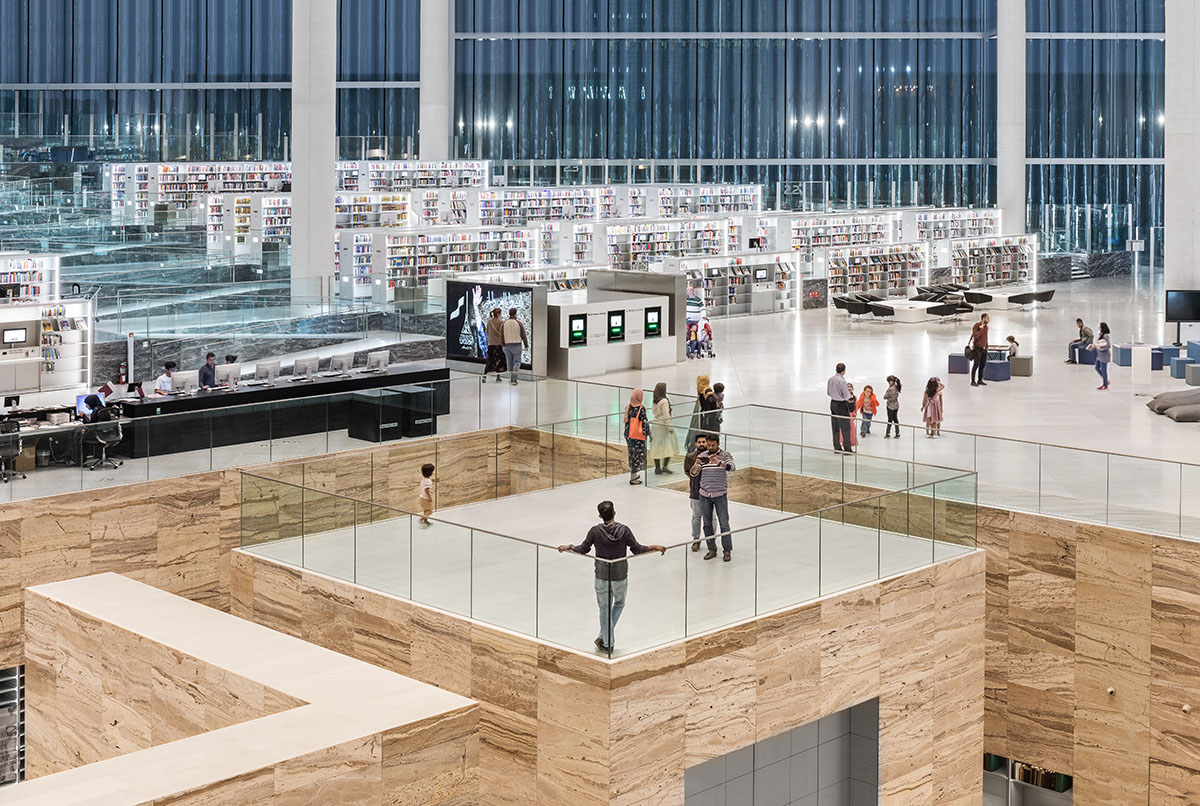 The Qatar National Library (QNL) was designed by Rem Koolhaas of OMA in 2018 in Doha. Image by Delfino Sisto Legnani and Marco Cappelletti © OMA

Lastly, the third project, called Qatar Auto Museum, will be designed by OMA (Office for Metropolitan Architecture) and will be built along the Lusail Express Way between the 5/6 Park and Katara Cultural Village.

The museum will cover a total of 40,000-square-metre area of permanent galleries which will explore the evolution of the automobile from its invention through today and how it has influenced culture in Qatar.

In addition to providing temporary exhibition spaces for the display of high-profile vehicles, the museum will include a classic car restoration centre and areas dedicated to children’s activities, such as driving simulators, mini car mechanics, and more. 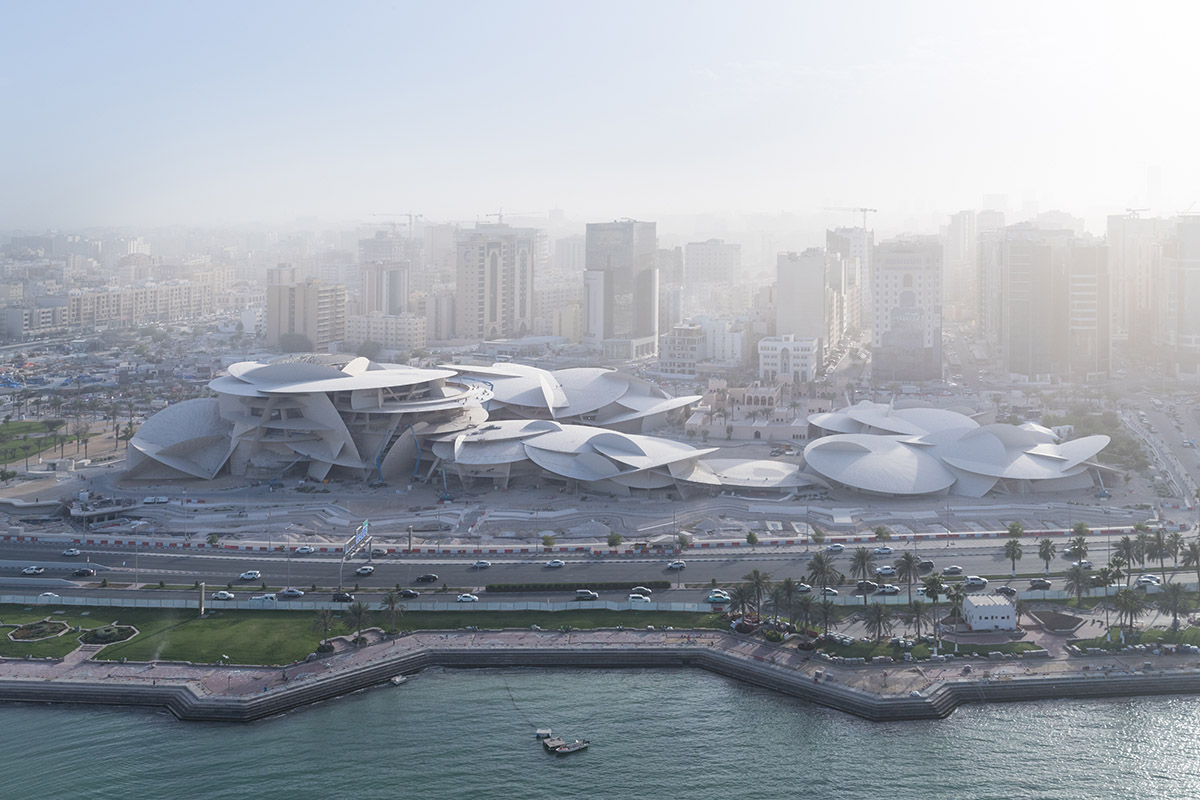 The new museums will add to the renowned institutions that Qatar has opened since 2008—the Museum of Islamic Art, Mathaf: Arab Museum of Modern Art, and the National Museum of Qatar designed by Jean Nouvel and opened in 2019.

The announcement was made after the inauguration of the new 3-2-1 Qatar Olympic and Sports Museum this week.

Currently in development is Dadu, Children’s Museum of Qatar: the only institution of its kind in the region, where children can learn and grow through play, exploration, and experimentation in both indoor and outdoor spaces.

Details about the dates when the three museums will start construction and be completed have not been announced yet.

Qatar Museums stated that additional information about the new museums will be revealed in the coming months.