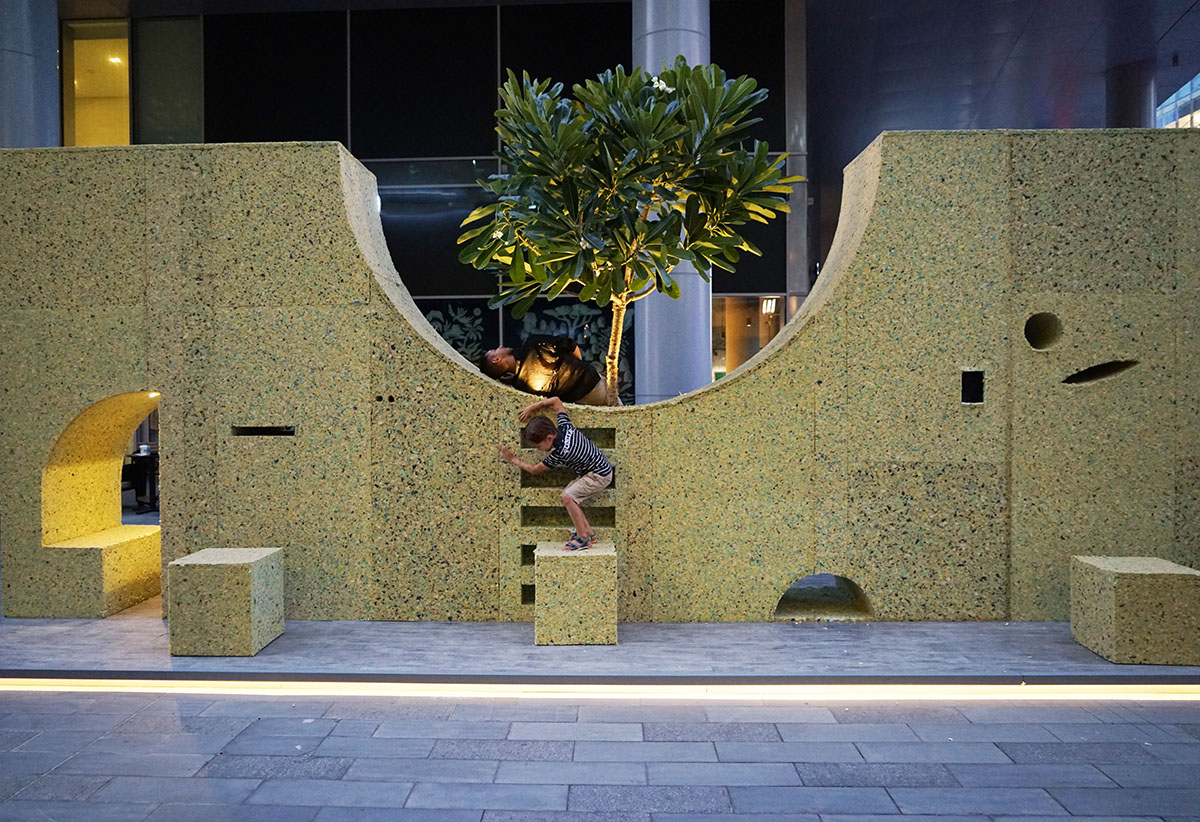 Named WAL(L)TZ, the wall has been installed to represent Lebanon as one of this fifth edition’s three national pavilions, as part of Dubai Design Week’s special project space Abwab, which is being held from 11 to 16 November 2019.

The pavilion, consisting of a 15-meter linear wall – features a porous surface that people engage with it. The installation is envisioned as a physical and psychological construct, addressing Lebanon’s socio-political climate in recent years. 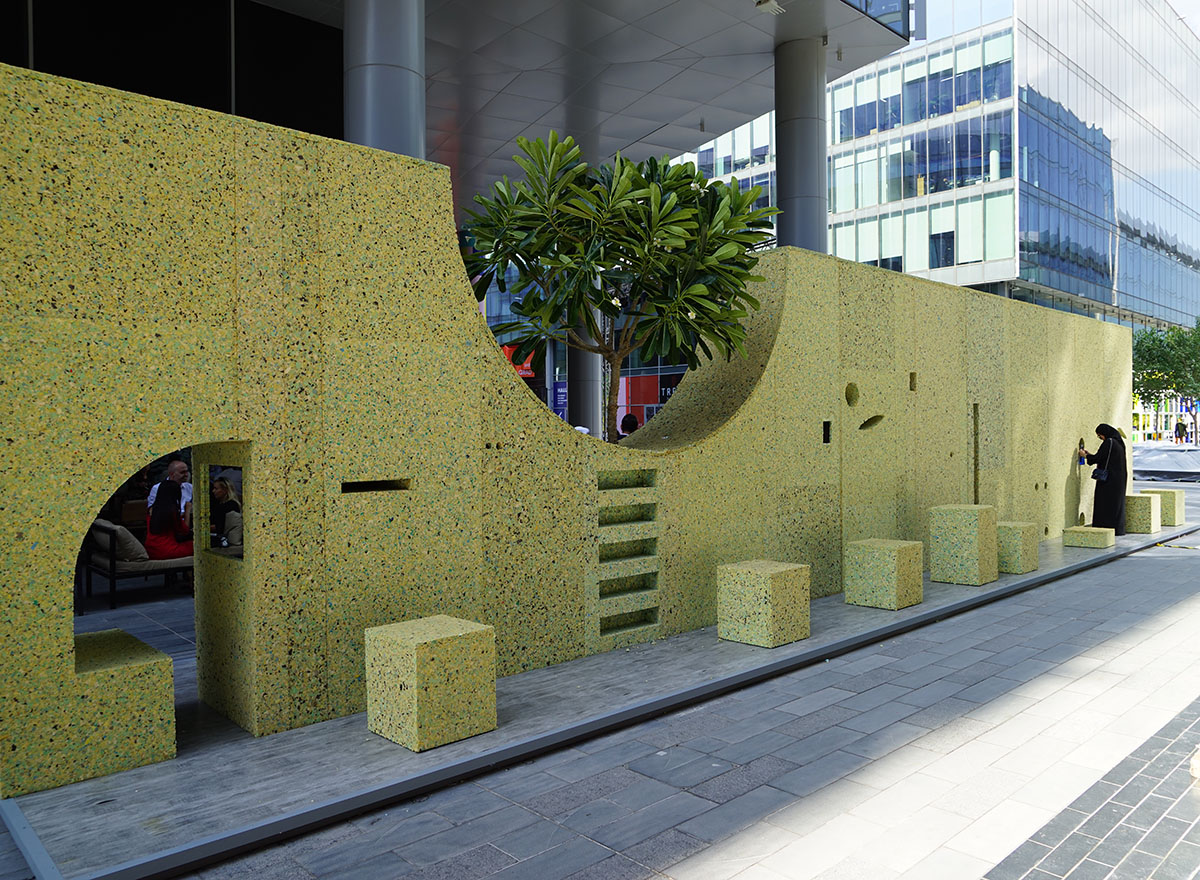 Prompted to reflect on this year’s theme, "Ways of Learning," and on the way information is shared in their culture, sisters and co-founders Tessa and Tara Sakhi transform the wall into an activator for awareness and sociability. 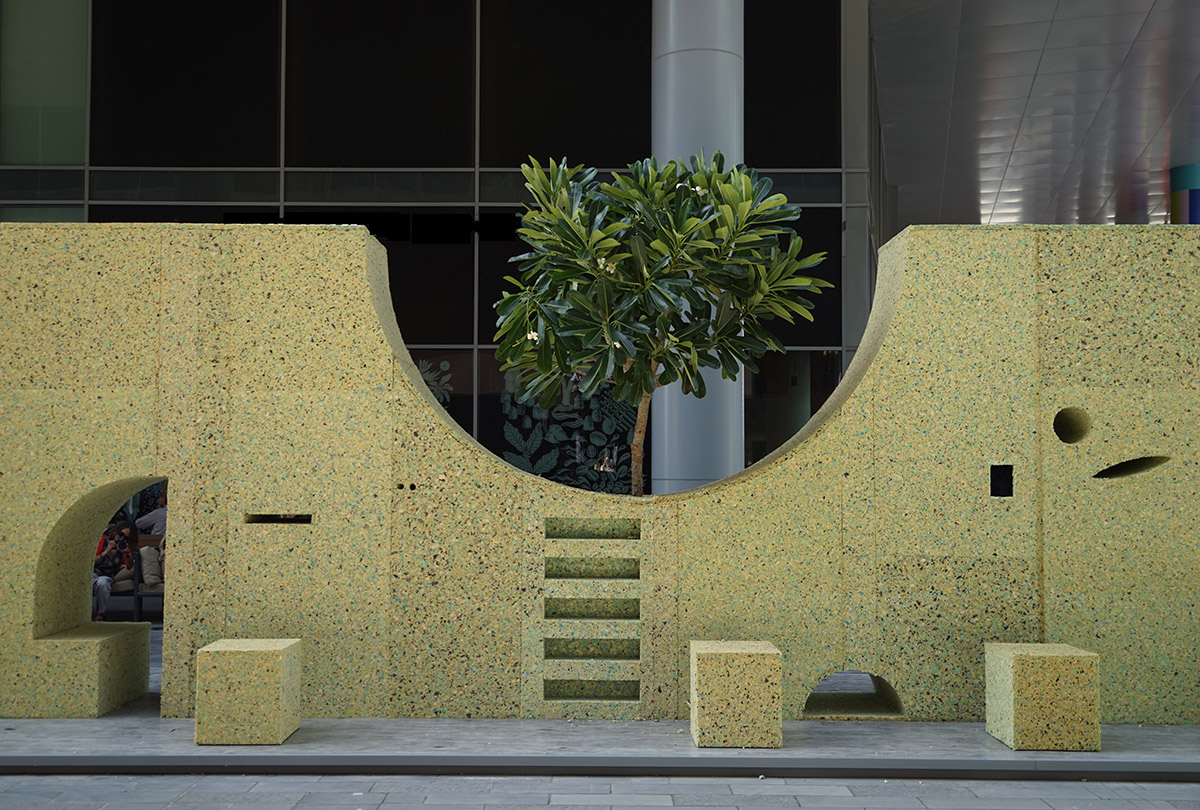 WAL(L)TZ echoes a Lebanese society congested with physical walls, seeded throughout its urban infrastructure and public spaces. Moving beyond its materiality, the project also delves into the wall’s psychological and emotional dimension.

From geographical borders to vestiges of wars and expressions of socio-political and economic apartheid, walls have been used throughout history as tools to control and segregate communities, cities – and countries. Nevertheless, the wall remains the inescapable and main element in architectural endeavours – a precedent which WAL(L)TZ seeks to question. 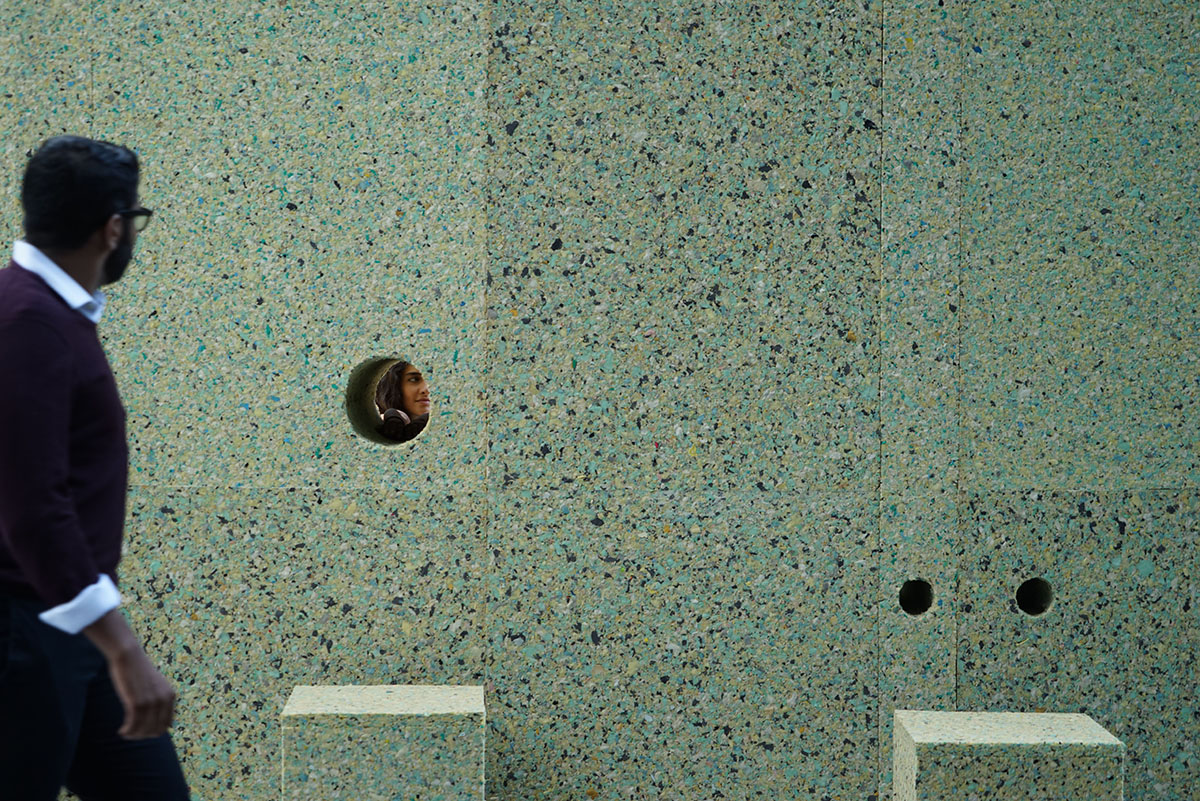 The wall seeks to overcome the perception of the rigid structure as a barrier, the installation is crafted in recycled foam, throughout which cracks, "loopholes" and other happenings are playfully interspersed, thereby encouraging audiences to connect and interact through – and in spite of – the wall. The visitor, turned performer, finds himself taking part in a choreographed protest, a reinterpreted "waltz" – one that reflects the voices rising against oppression in Lebanon – and globally – today. 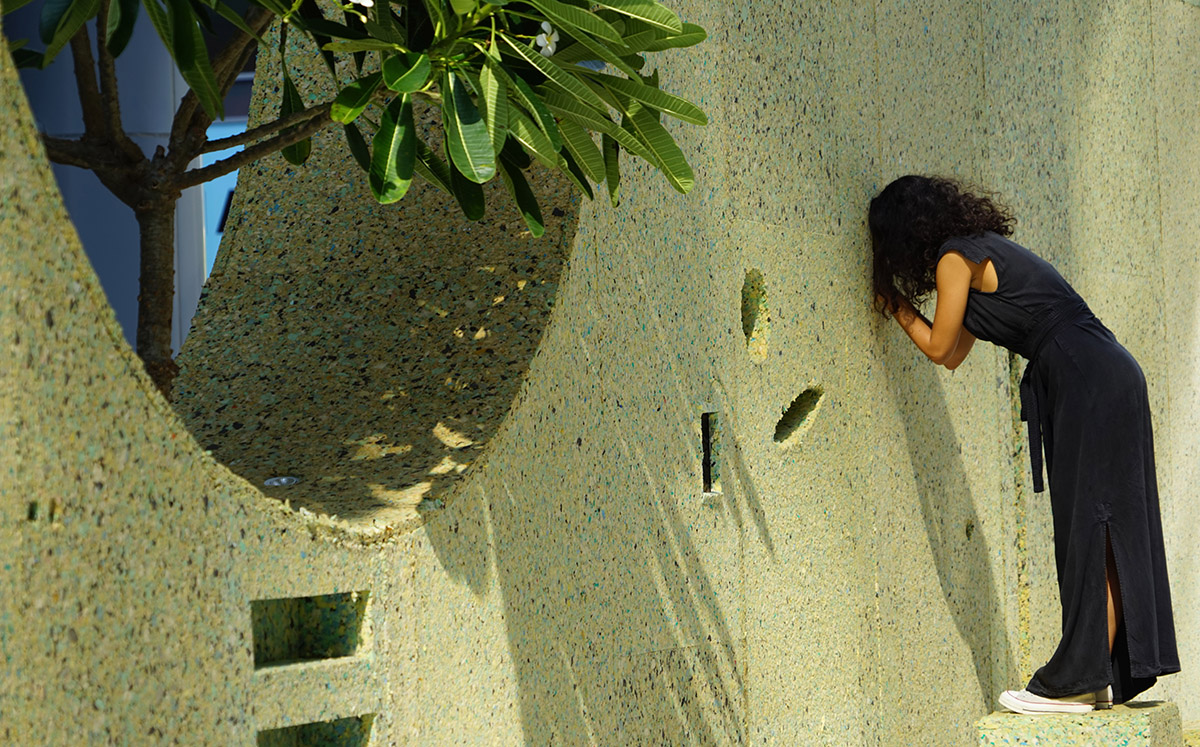 Building on the studio’s socio-cultural engagement to place human interaction at the core of their practice, T SAKHI’s WAL(L)TZ re-appropriates the physical wall and rethinks visitors’ conception and experience of it.

The wall acts as both a mirror and a window onto society and it encourages visitors to see and reach beyond the “wall” – thereby echoing Lebanon’s longstanding tenacity in the face of adversity. "WAL(L)TZ represents the act of resilience in overcoming any obstacle and transforming it for constructive change. We see the project as a platform for bodies to reconnect and interact with each other – finally reuniting them," said Tessa and Tara Sakhi, co-founders of T SAKHI Architects. In Holidays in the Sun and Lost in Transition, two experimental urban interventions unveiled in Beirut in June 2019, T SAKHI reinterpreted security barriers found throughout the city as stools and spaces for greenery – inviting the local community and visitors to engage in public space, while – and already at the time – pointing to the abundance of barriers blighting Lebanon’s visual landscape.

An interactive performance by choreographer and dancer Jadd Tank will be held on November 13, further activating the wall and blurring the line between visitor and performer. Evoking Lebanese citizens’ dual feelings towards these obstacles and the intense relationship between the bodies and the wall, the performance will be captured by cinematographer and director Dei Al Ayoubi and translated into a short-film – a visual and abstract ode to the people of Lebanon. 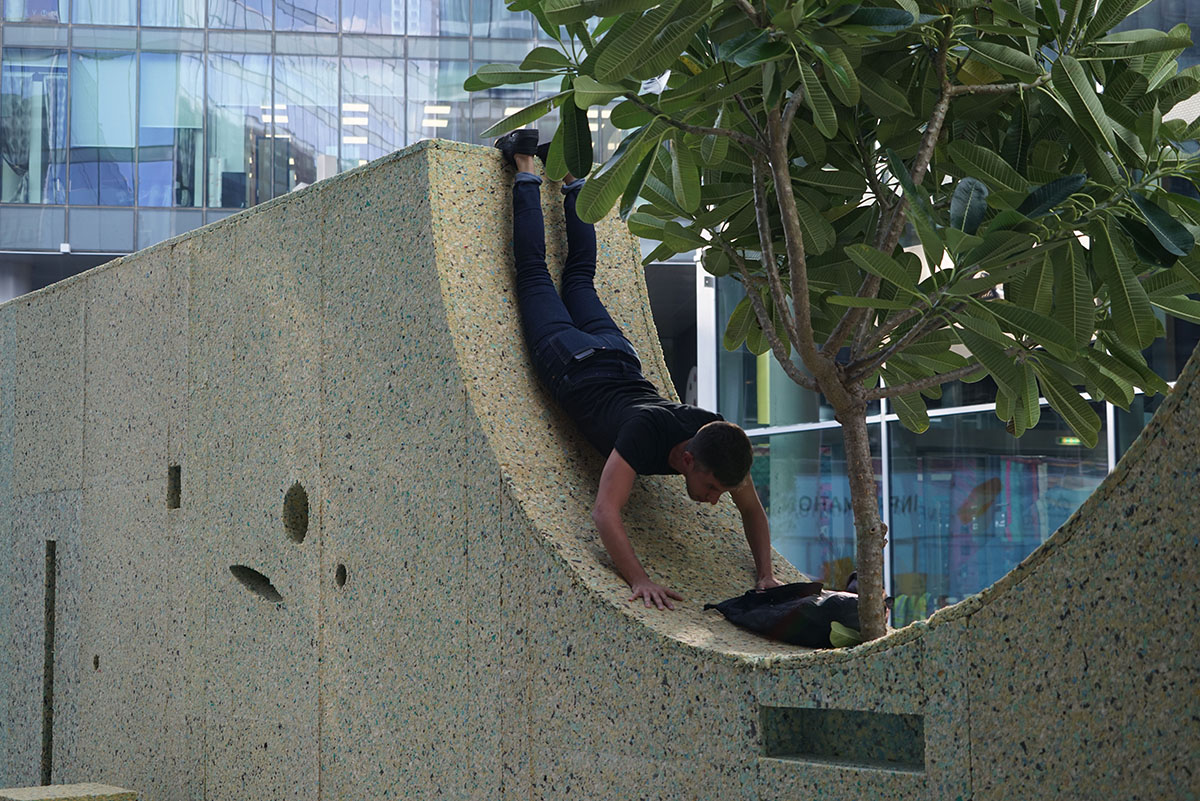 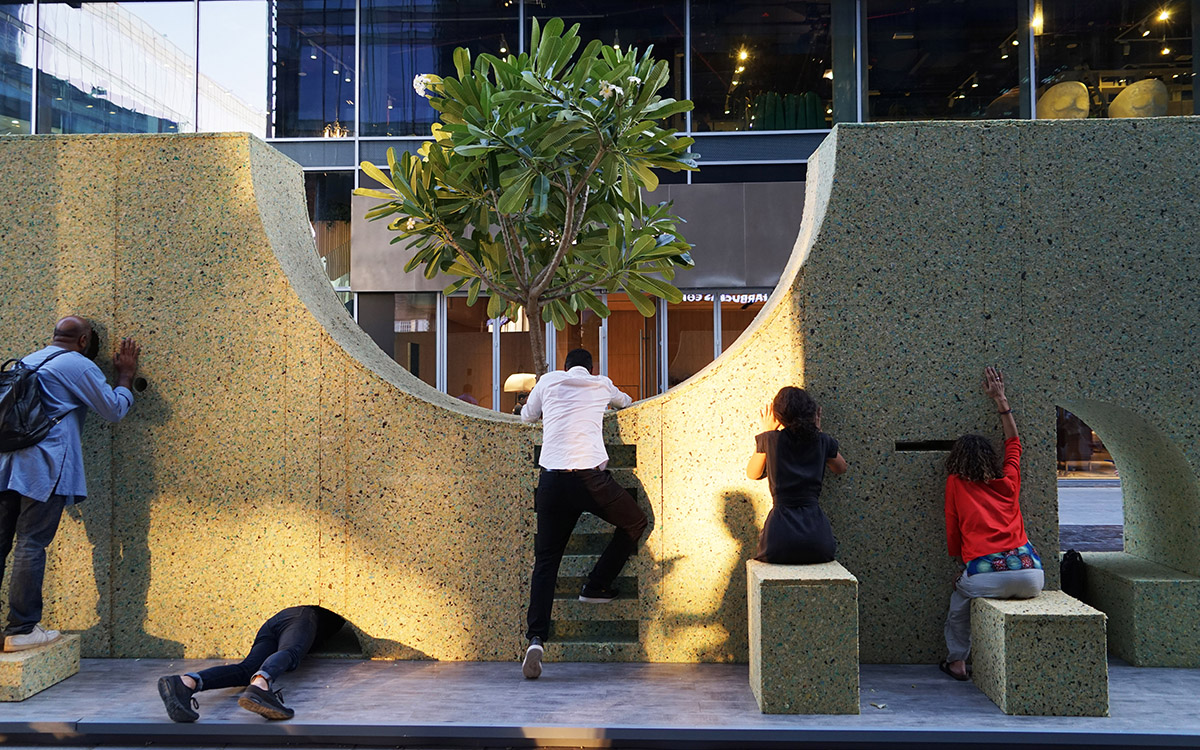 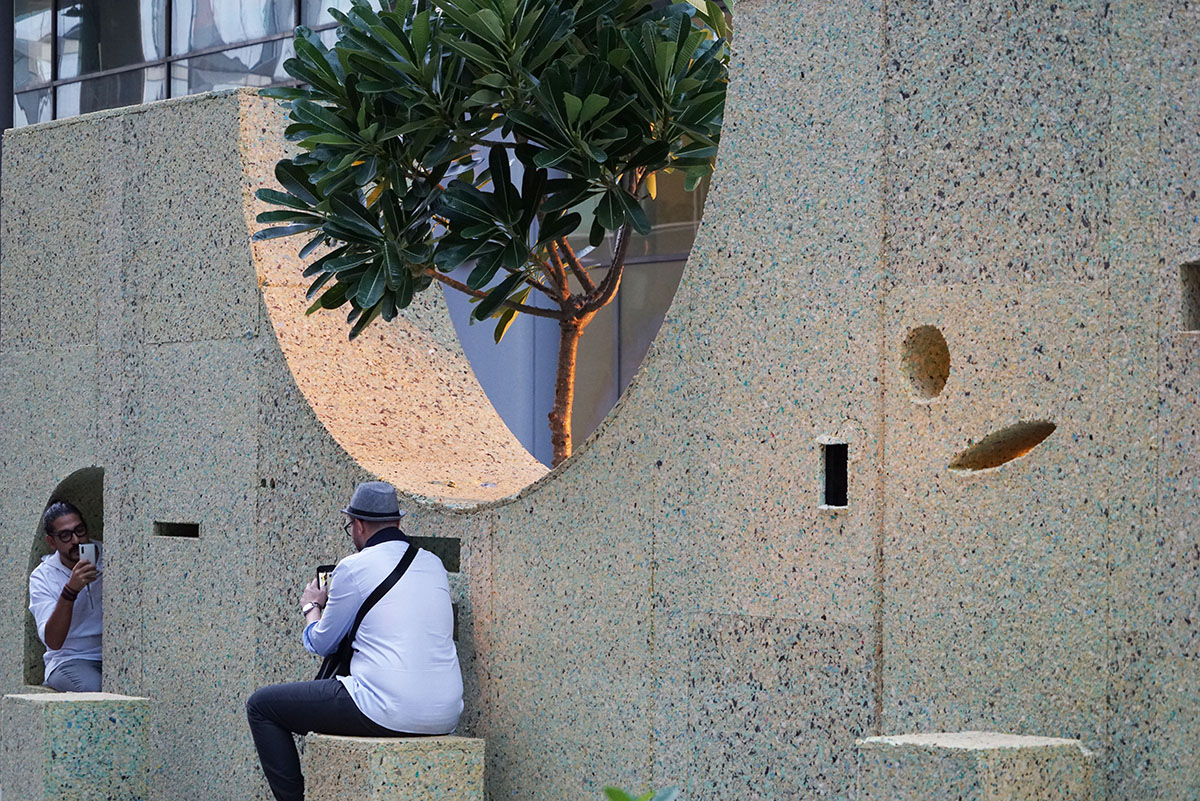 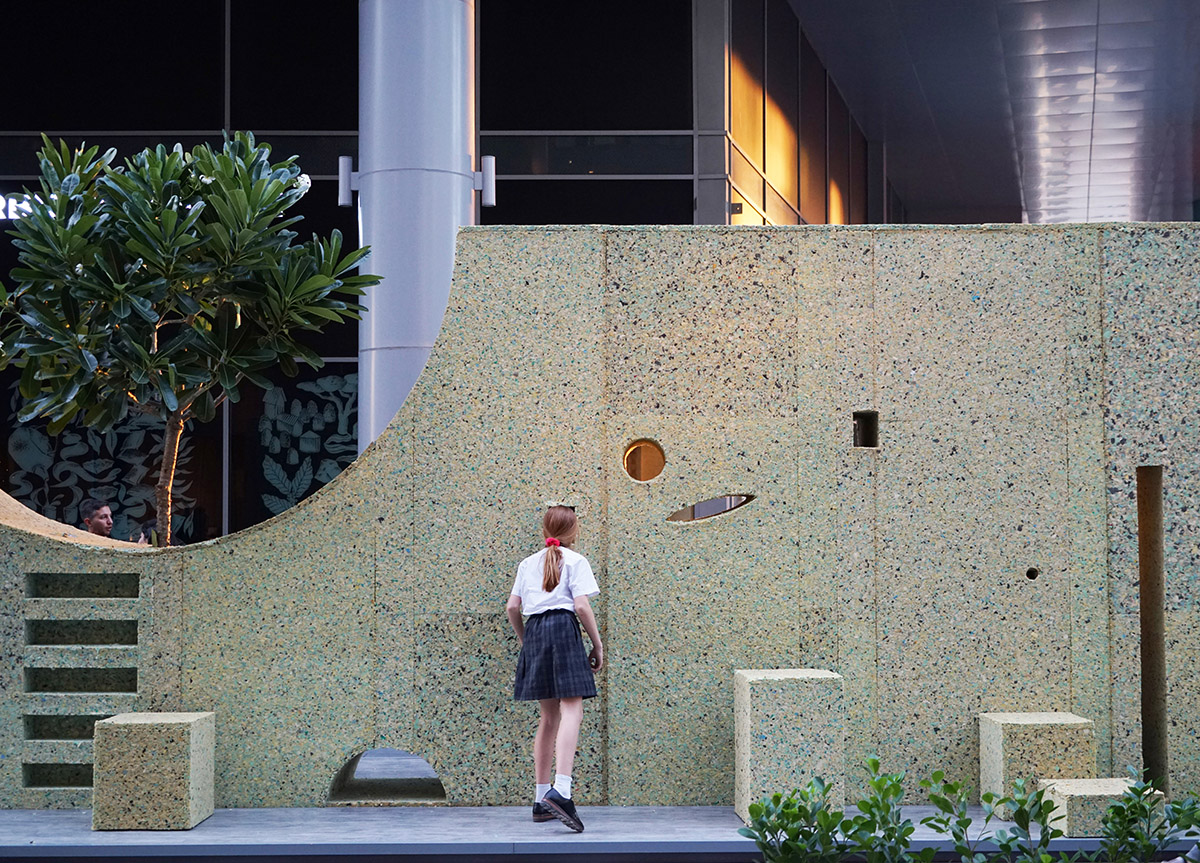 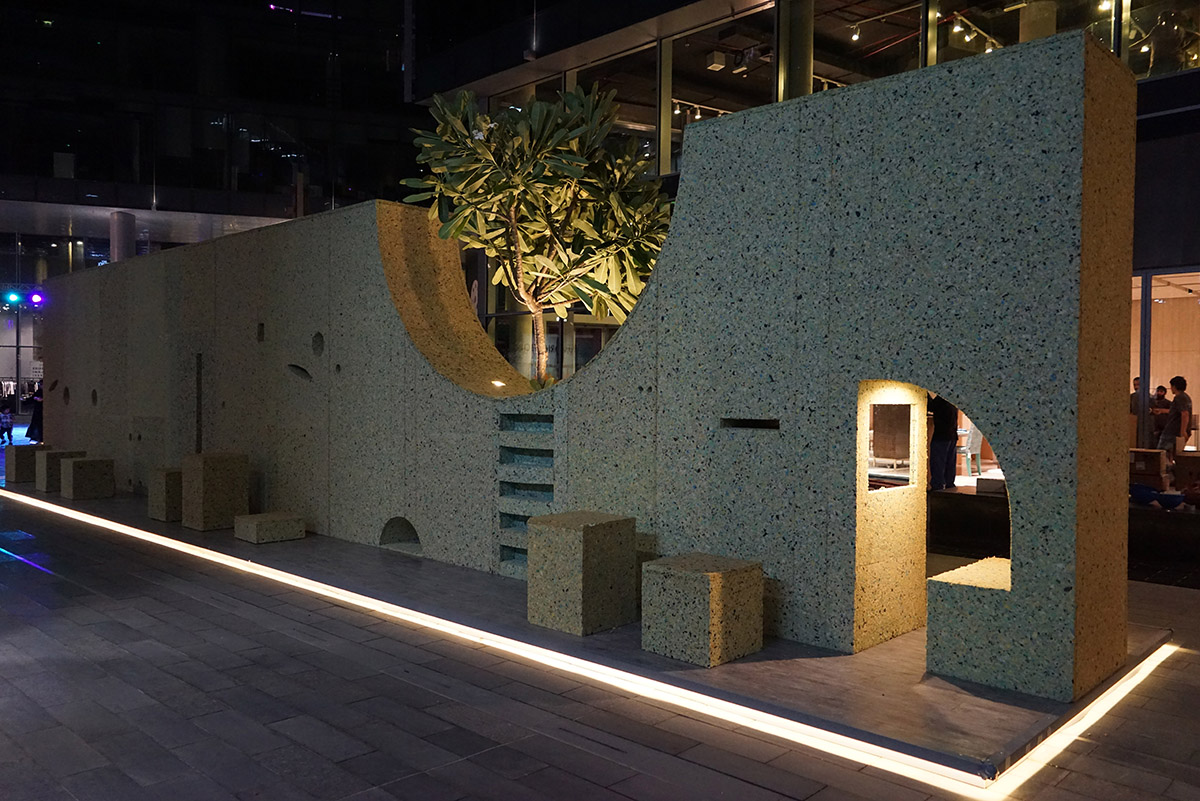 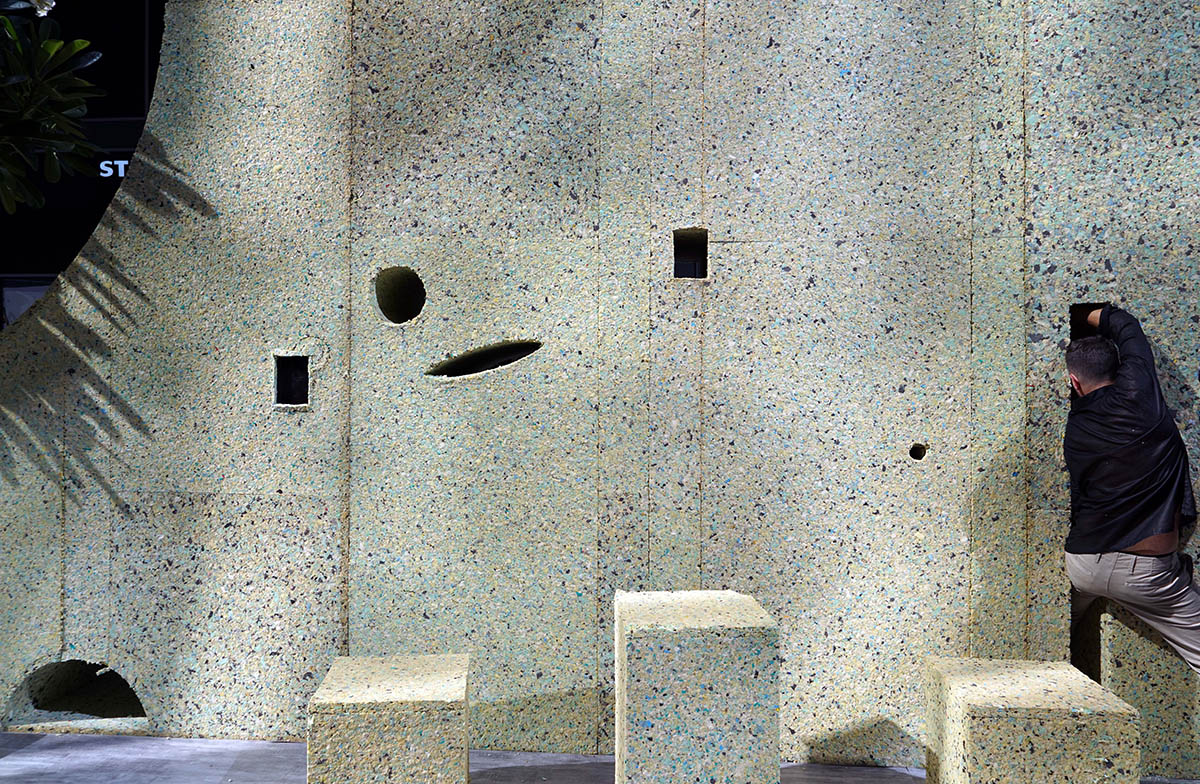 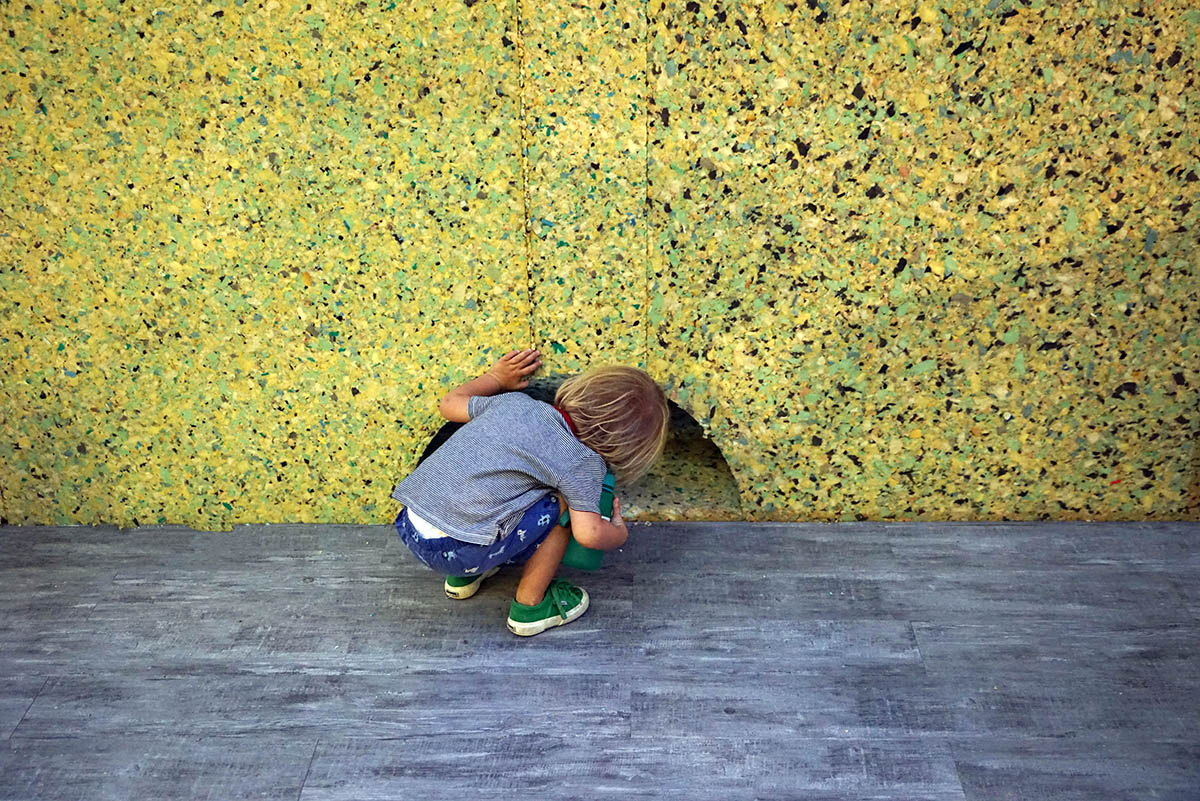 Based in Milan and Beirut, T SAKHI is a hybrid multidisciplinary architecture and design studio cofounded in 2016 by Lebanese-Polish sisters Tessa and Tara Sakhi.

Questioning contemporary understandings of identity, memory and living, T SAKHI draws from the emotional and psychological experience of space, often through sensorial synergies. Committed to placing human interaction at the core of its practice, the studio designs both permanent and ephemeral social structures.