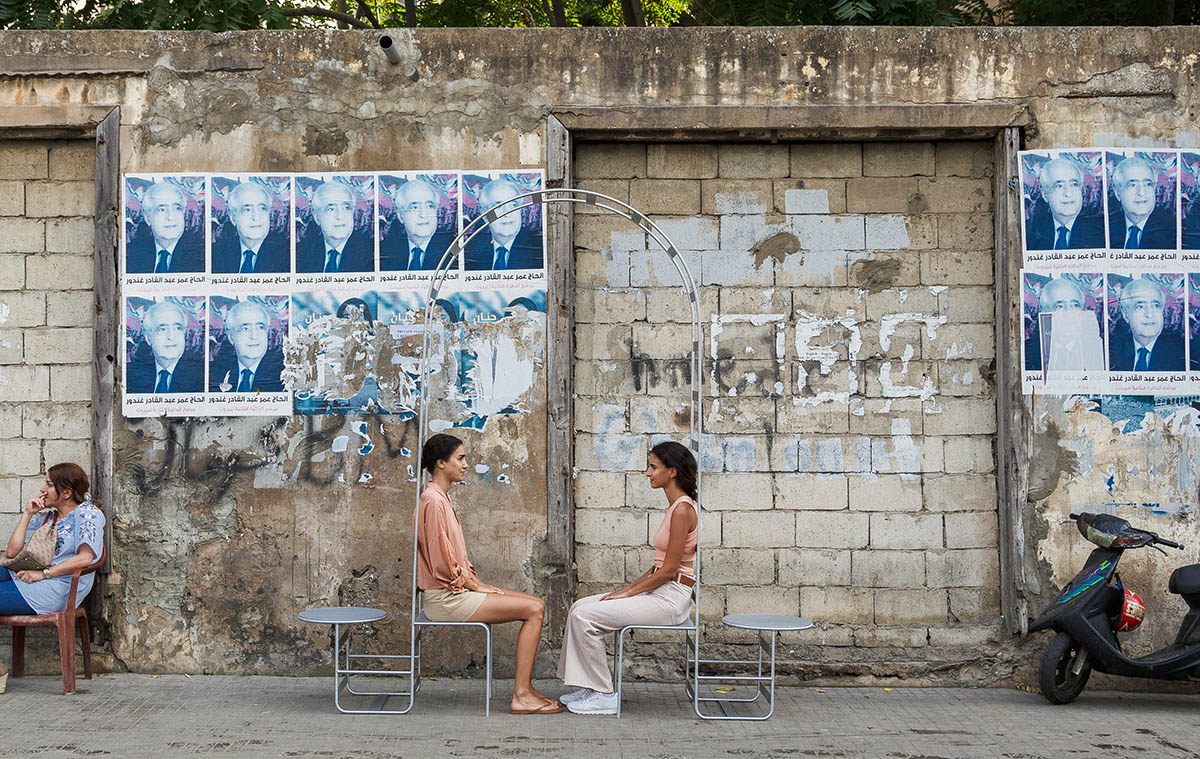 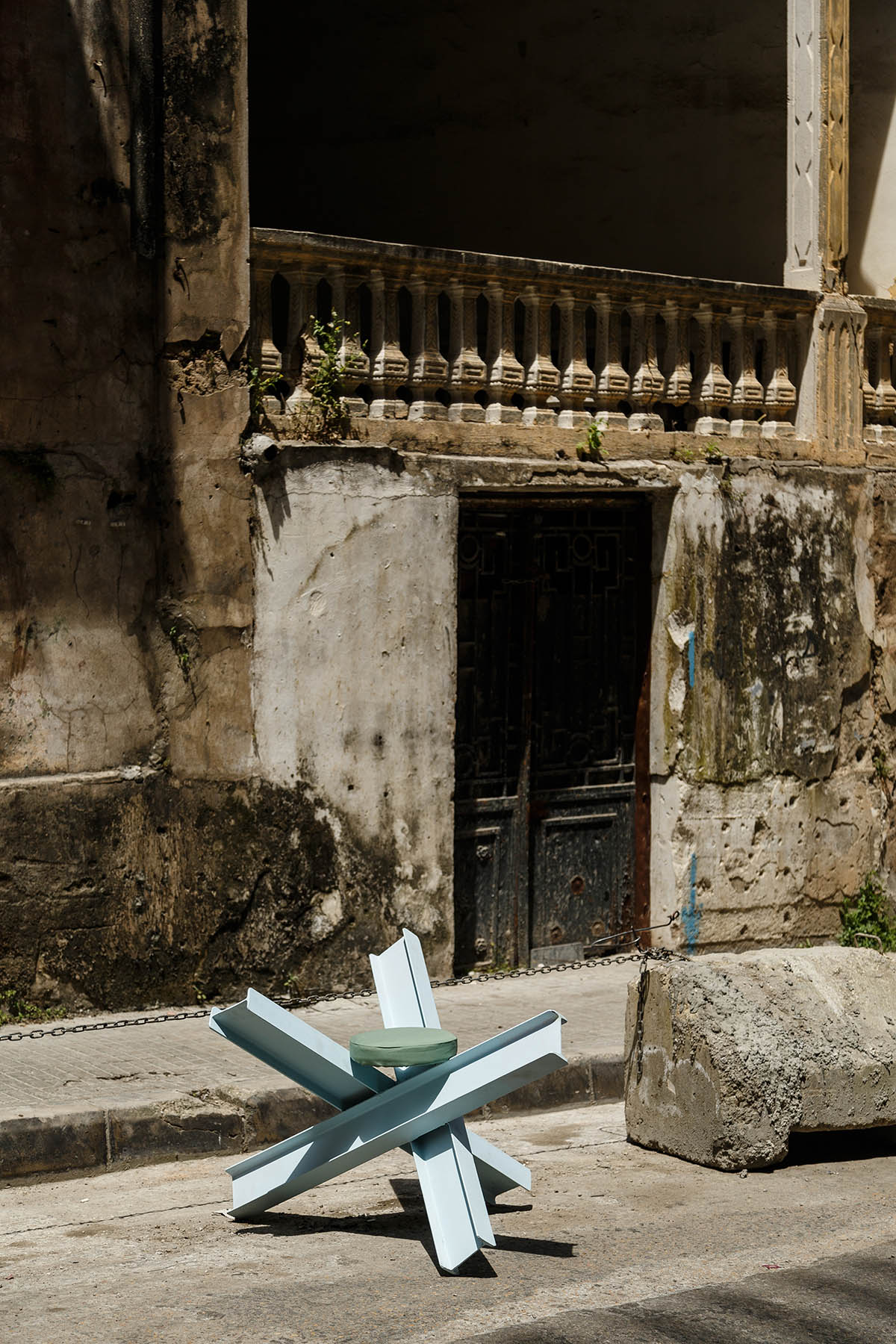 One of them, called "Holidays in the Sun,” was designed by the cofounding sisters Tessa and Tara Sakhi to adapt existing security barriers to function as stools and a place for greenery, while the other intervention, named "Lost in Transition", offers a flexible site for rest and socializing. 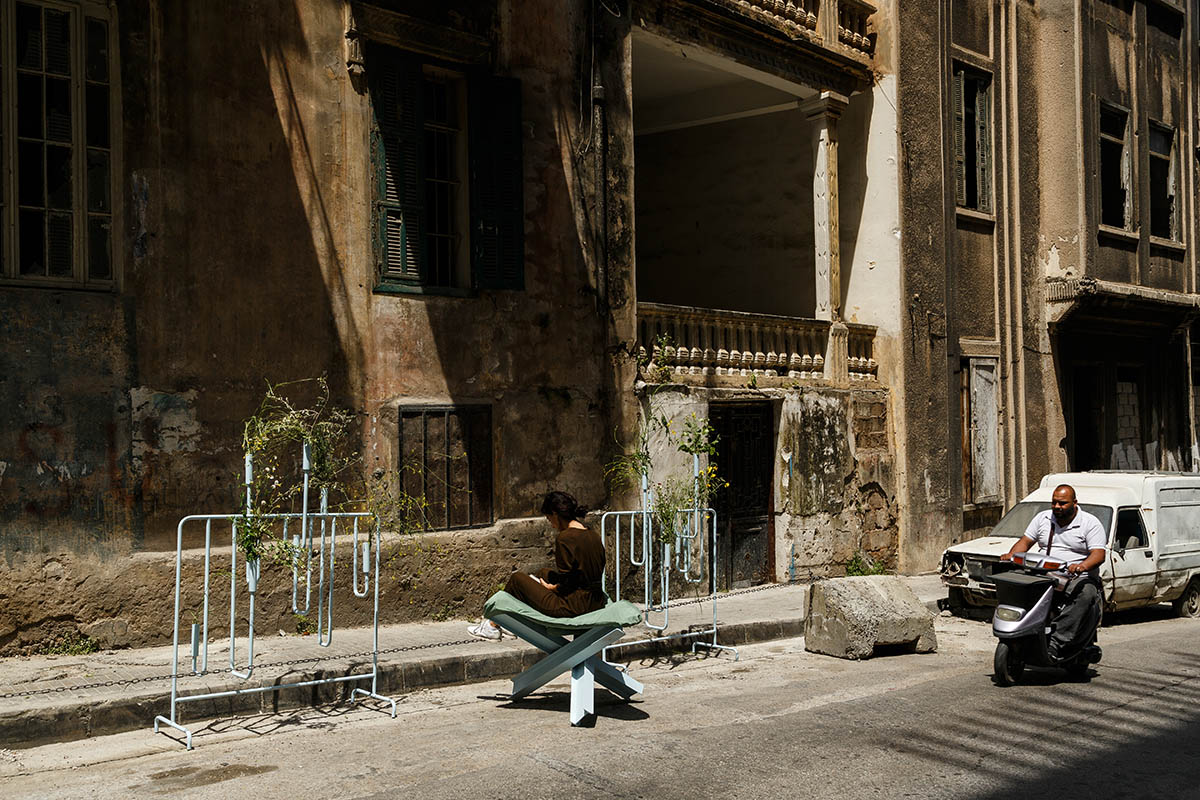 The two iterations, both pale blue, address the lack of greenery in city envi- ronments and the lack of public places for conversation or rest. The sisters adapt the hollow cavities of the CMU block and metal mesh as space for plants and vegetation, and introduce an encompassing surface on top of intertwining blocks of metal to create a seat, juxtaposing security with comfort. 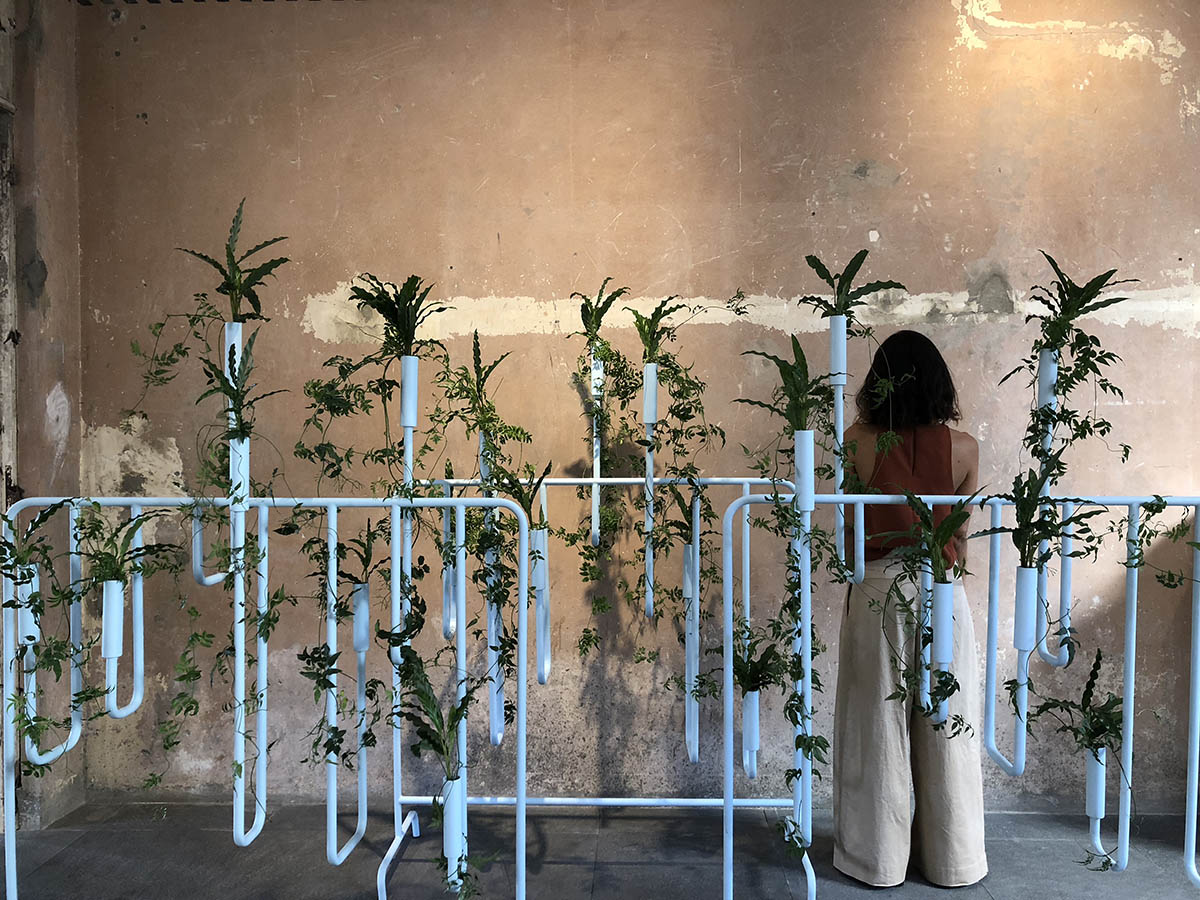 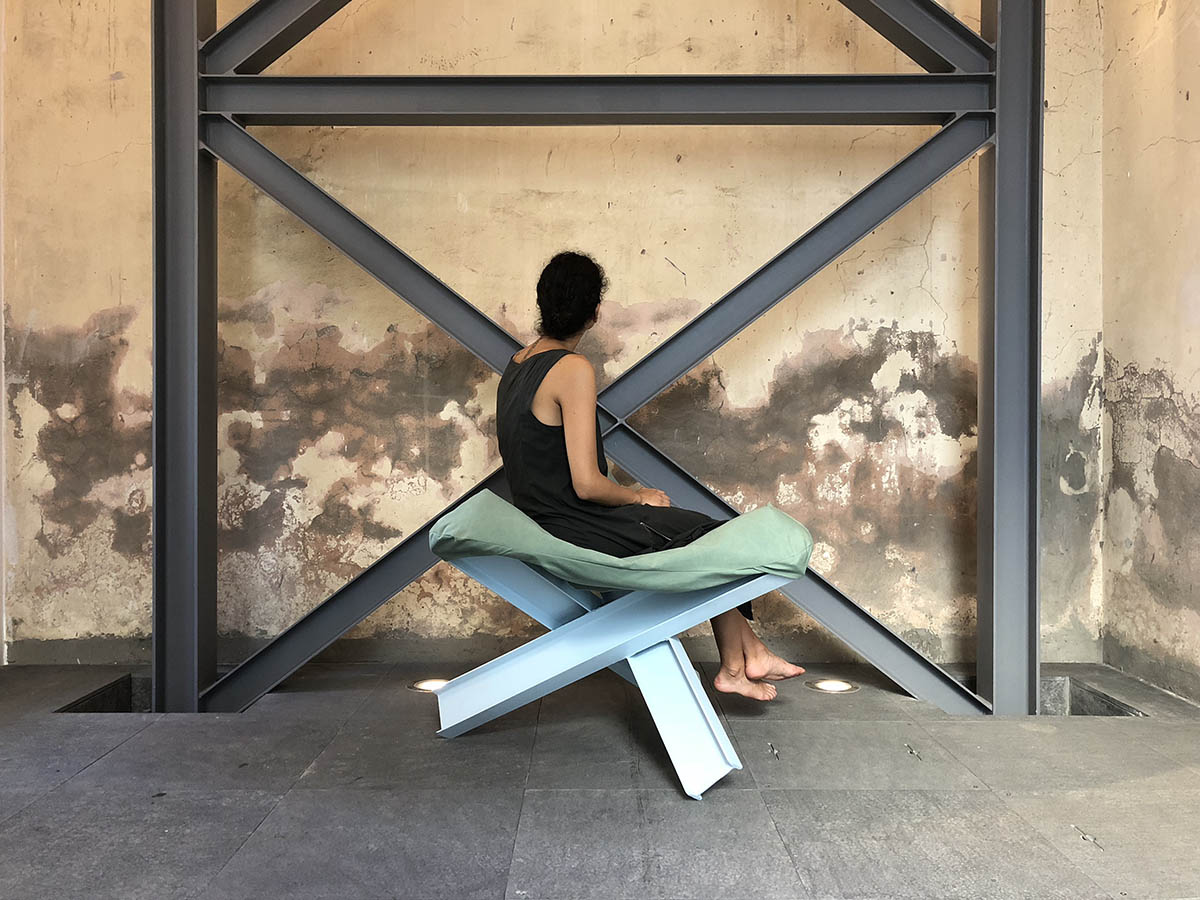 The urban chair is versatile, and the numerous spatial configura- tions allow for multiple uses, whether it is eating lunch with colleagues or reading alone. The short film animation "Lost in Transition," vividly imagines the turbulent interactions taking place in the installation, and was created in collaboration with director Ely Dagher and musician Joh Dagher. 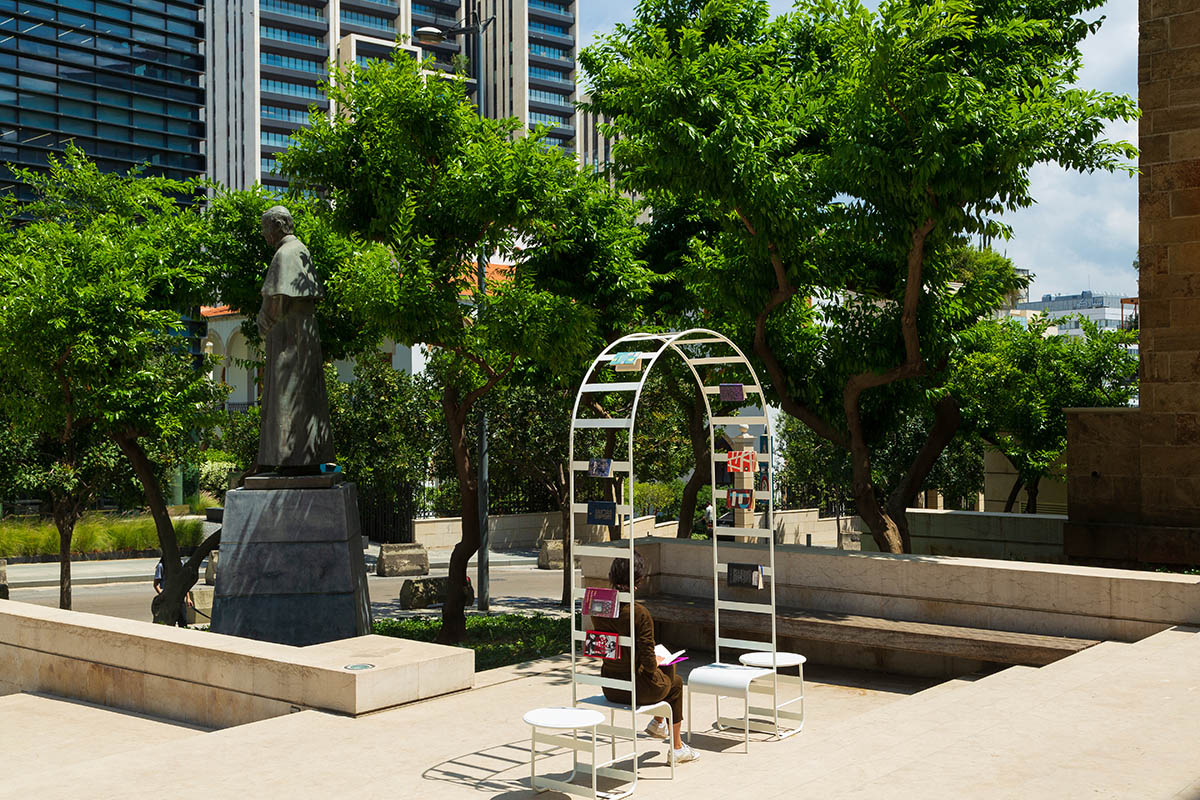 T SAKHI often invite a variety of creatives to explore their work through film, creating further spaces for narratives, fashion, and cinematography, to embark on a larger dialogue about the structures we live in.

In September 2019, T SAKHI will also install the public garden intervention "Incomplete Pillars for Incomplete Beings" in Beirut. The sisters will create series of interactive public seating utilizing the hollow cavities of the prefabricated CMU blocks and metal mesh. The work is commissioned by NAFAS, an urban initiative project bringing together architects and designers to address Lebanon’s public spaces. 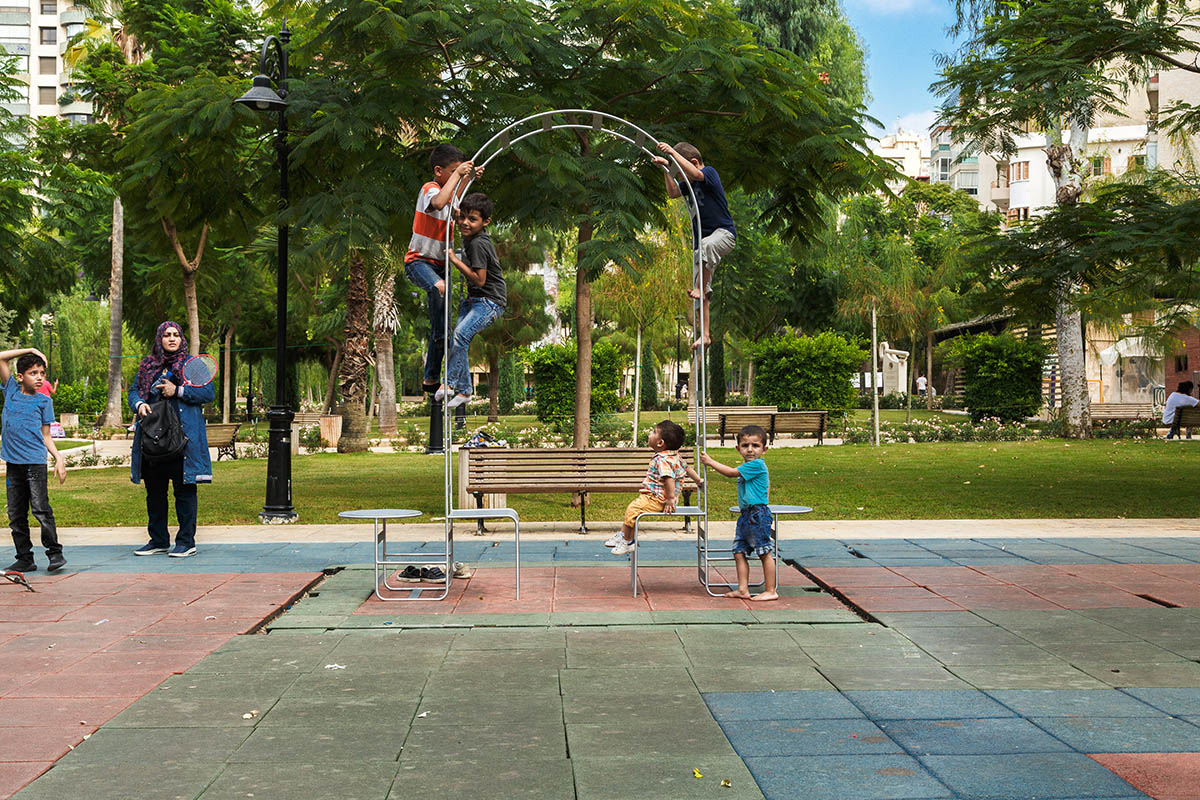 Based in Milan and Beirut, T SAKHI is a multidisciplinary architecture and design studio cofounded in 2016 by Lebanese-Polish sisters Tessa and Tara Sakhi.

The studio places human interaction at the core of their practice, drawing from the emotional experience of space through all five senses.