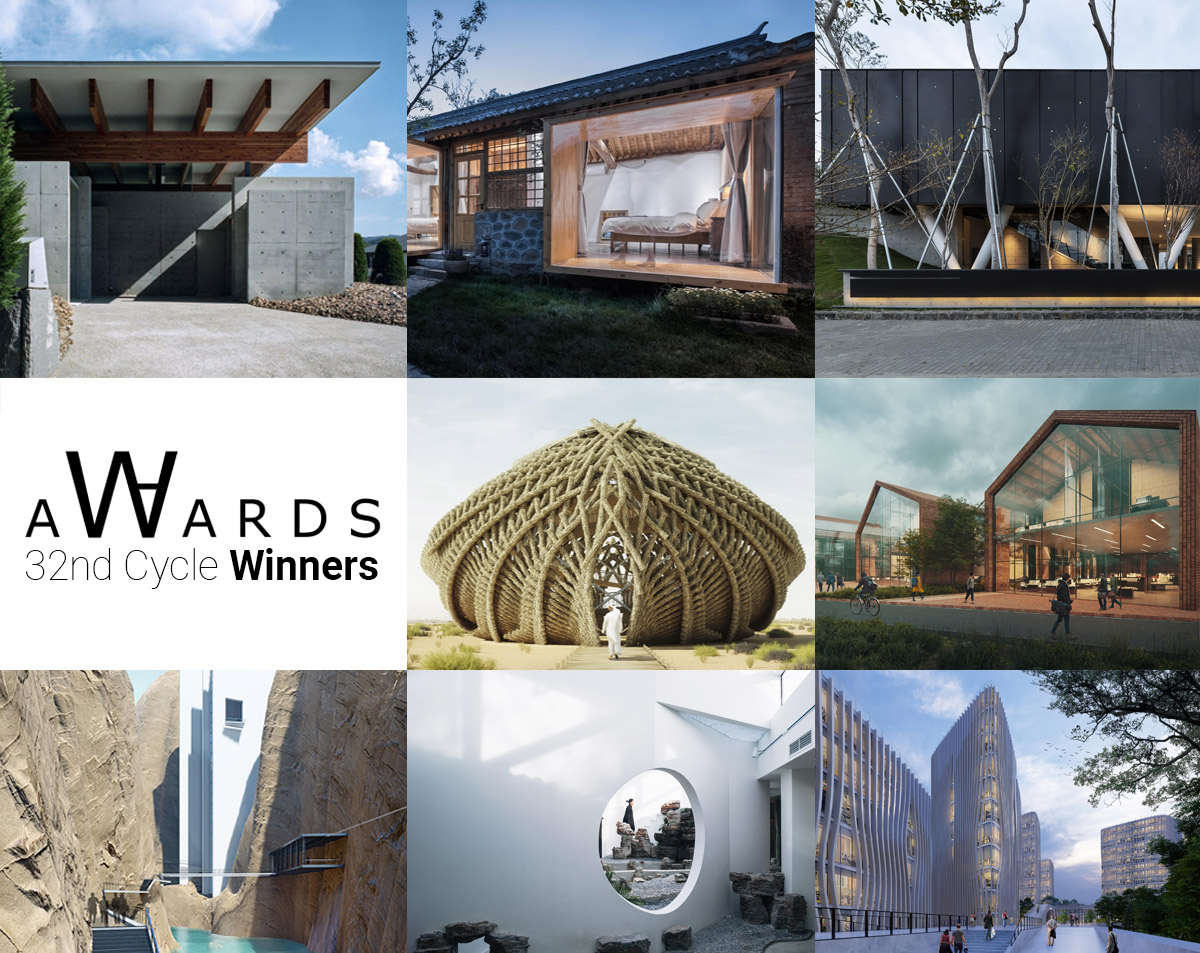 In the 32nd Cycle, United Practice Architects' The Peach Garden from China has been selected by the votes of Honorary Members and Winners in earlier cycles and selected through the ratings of community members in Realised Category, while Kyeongsik Yoon's Sarang Bitneun Church from South Korea has been selected in the same category.

Japanese architect Shintaro Fujiwara's House In Kobe North from Japan has also won the WA Awards in Realised category, selected by the votes of Honorary Members and Winners in earlier cycles.

You may now consult all of the awarded projects at the World Architecture Community WA Awards Winners page.

One Cycle ends as another starts...

With this announcement, we want to also remind you that the 33rd Cycle of WA Awards is now open for submissions. You can submit your entries until December 15, 2019. If you also want your project to get the recognition it deserves, make sure to participate before the deadline is over.

Your starting point is How to Participate...