Lotus Temple: A Symbol Of Excellence In Modern Indian Architecture 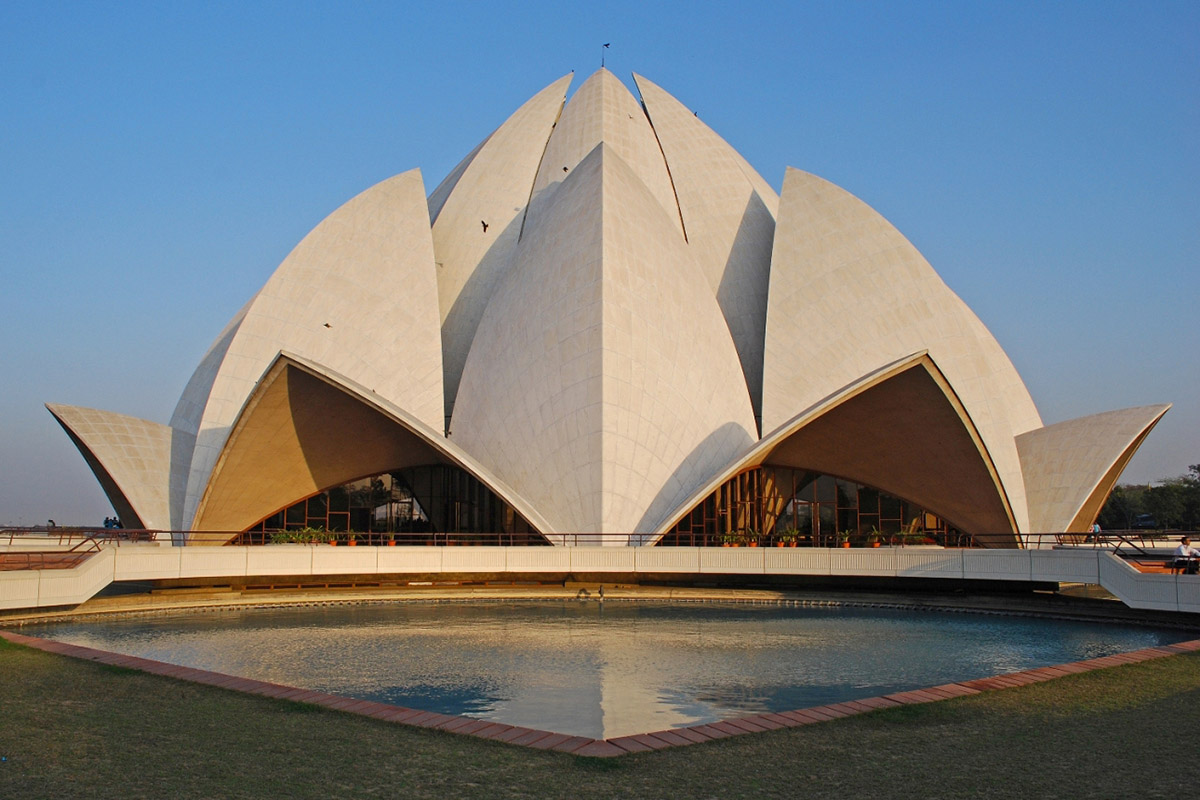 The Baha'i House of Worship, popularly known as the Lotus Temple is not only a symbol of excellence in modern Indian architecture but also one of the most visited religious buildings in the world. The Temple located on a 9.7-hectare site near Nehru Place in South Delhi, is a place of worship open to all races, religions and castes.

The form of this House of Worship takes the shape the lotus, a flower considered sacred by most Indians. It is designed to reflect the simplicity, clarity and freshness of the Baha'i Faith and to act as a symbol of the unity of mankind and religions. 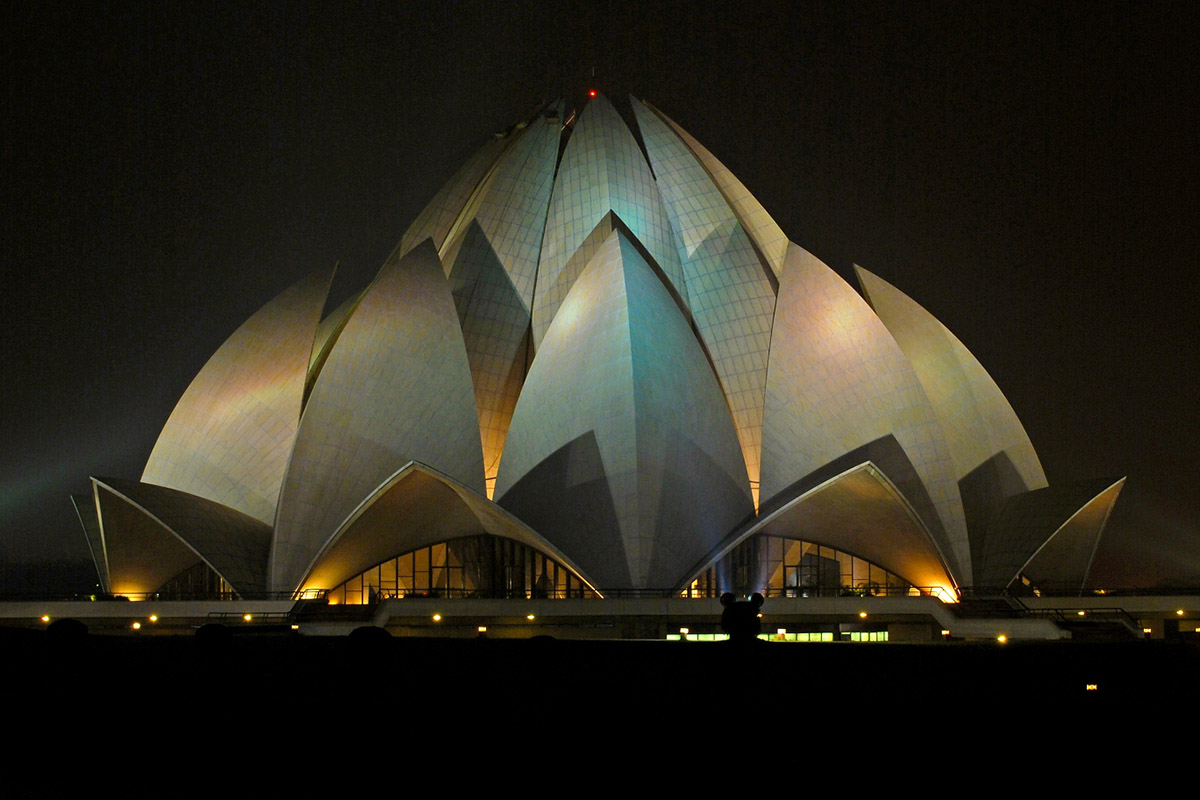 The architect, Fariborz Sahba has attempted to make this building familiar and acceptable to the Indian people without imitating any of the existing architectural schools of India. The basic idea of the design is that two fundamental elements - light and water - have been used as ornamentation in place of the statues and carvings normally found in Indian temples.

The structure is composed of three ranks of nine petals each, springing from a podium which elevates the building above the surrounding plain. The first two ranks curve inward, embracing the inner dome, while the third layer curves outward to form canopies over the nine entrances. 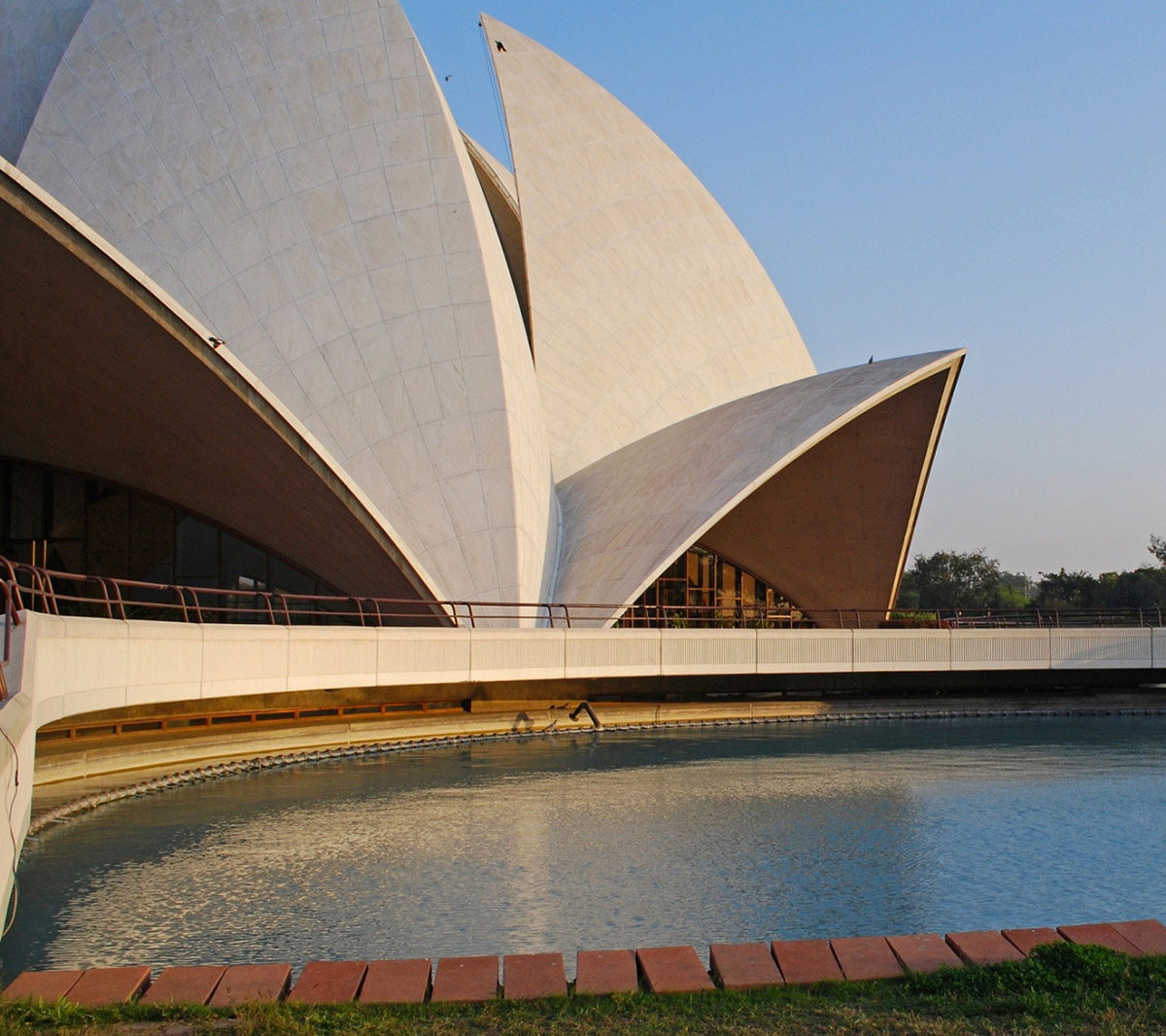 The double-layered interior dome, modelled on the innermost portion of the lotus, comprises 54 ribs with concrete shells in between. The central hall has a diameter of 34 metres and a height of 33.6 metres above the podium.

It is ringed by nine arches which provide the main support for the superstructure. With a seating capacity of 2,200 the hall has no idols, no photographs and no priests. Besides the main hall, the complex consists of an ancillary block with a reception centre, a library and an administrative office. 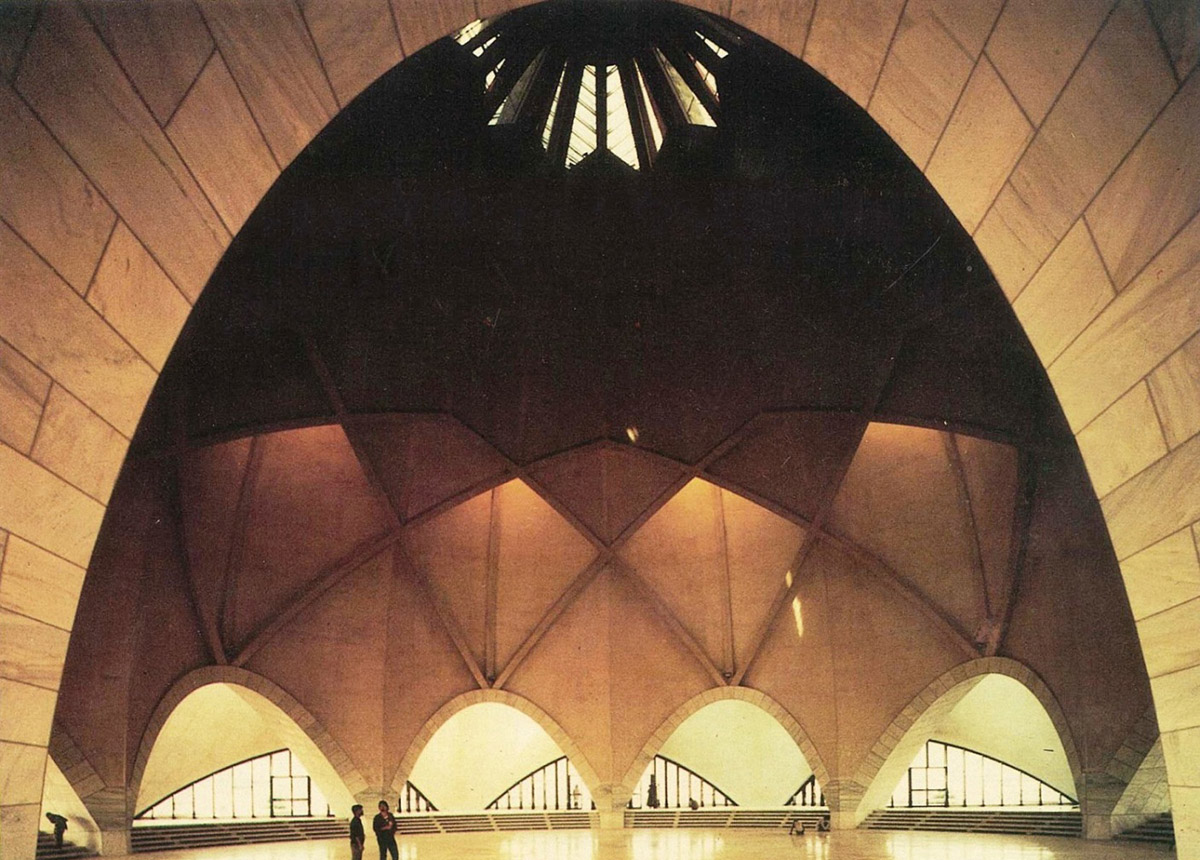 The entire superstructure is designed to function as a series of skylights with glazing at the apex of the inner petals, underneath the outer petals and on the external side of the entrance petals. Light thus filters into the central hall in the same way as it passes through the lotus flower.

Nine reflecting pools surround the building, their form suggesting the leaves of the lotus. External illumination is so arranged as to make the lotus structure appeal floating on water. The building embodies effective ventilation and cooling techniques. Fresh air, cooled as it passes over the fountains and pools, is drawn in through openings in the basement up into the central hall and expelled through a vent at the top of the structure. 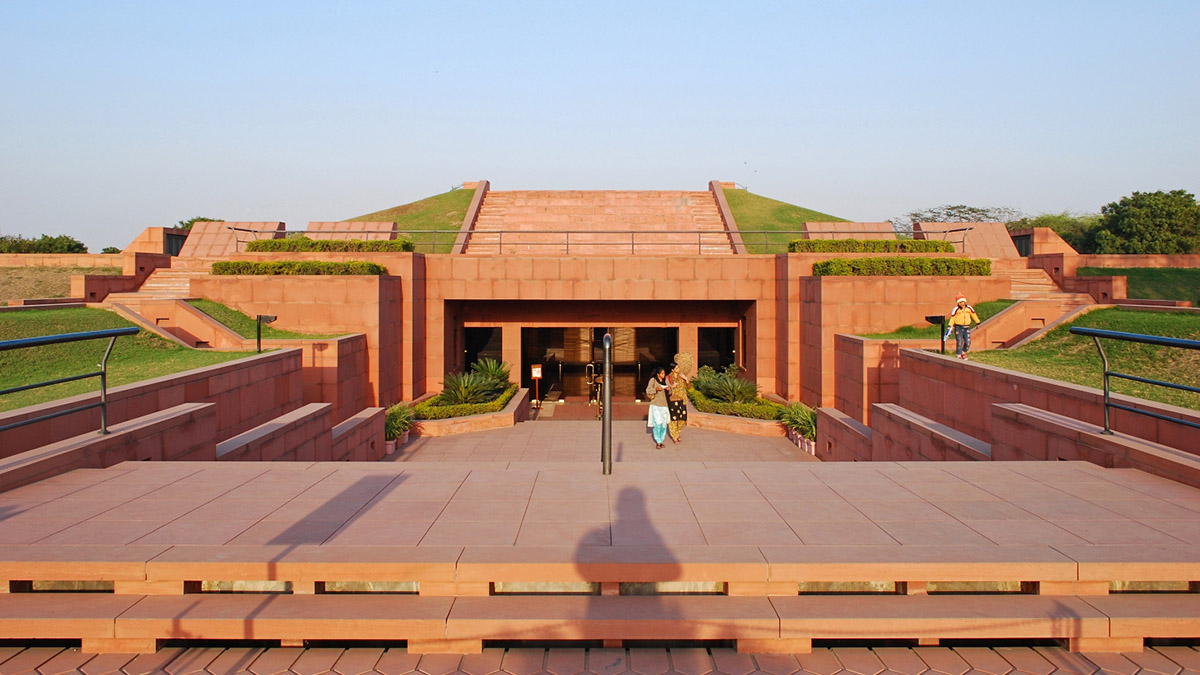 The reinforced-concrete petals are clad by white marble panels, done to fit the surface profiles and to patterns related to the structure's geometry.

White marble also covers all the interior floors, while the insides of the petals are bush-hammered concrete. The walkways and stairs in the podium are finished in the local red sandstone. 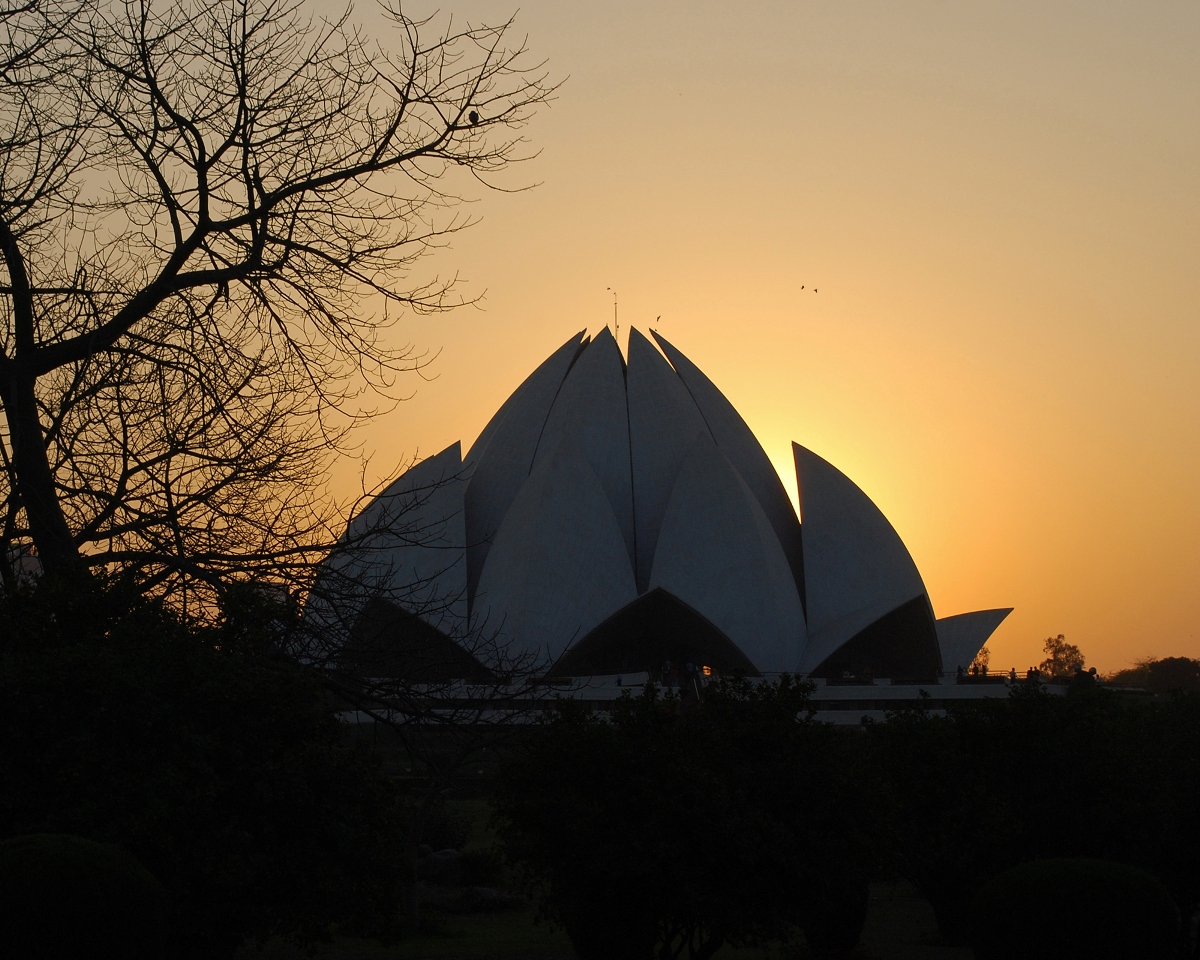 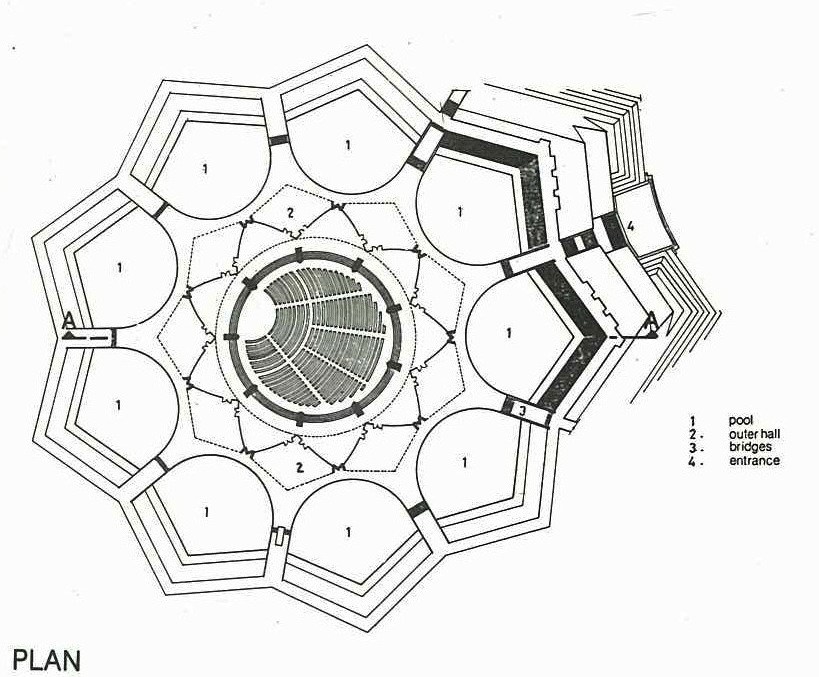 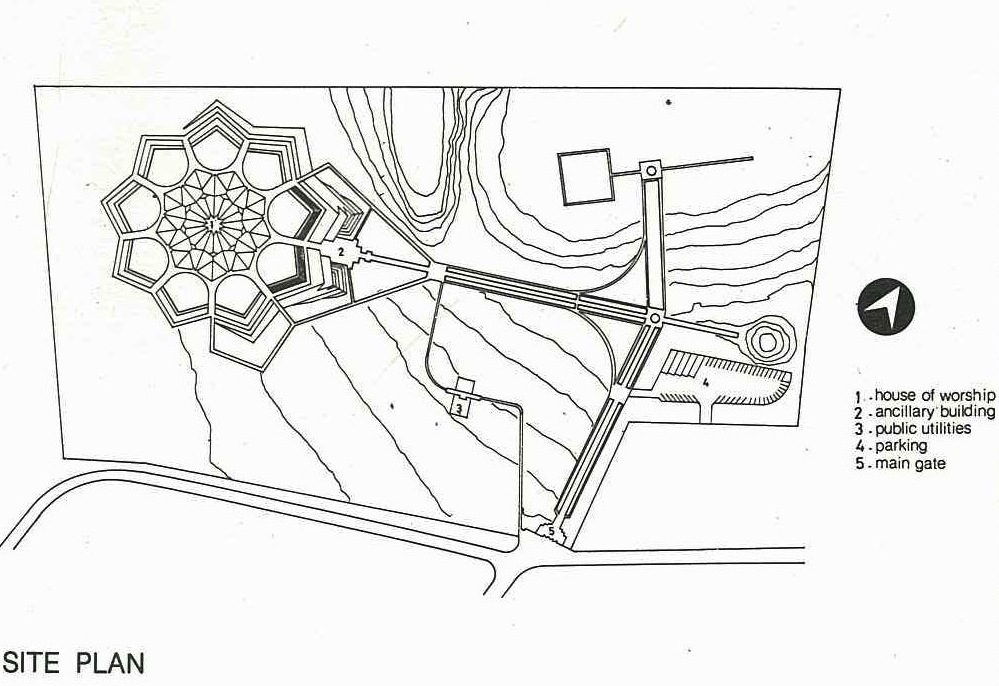 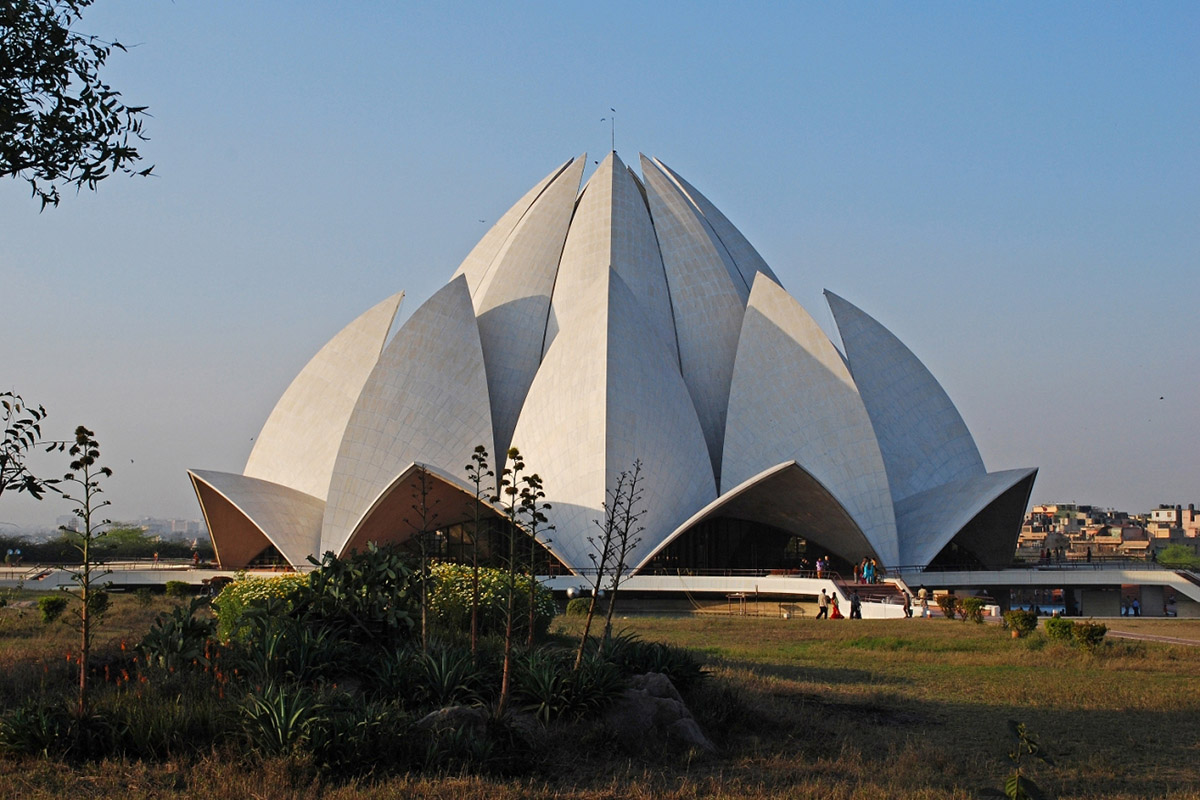