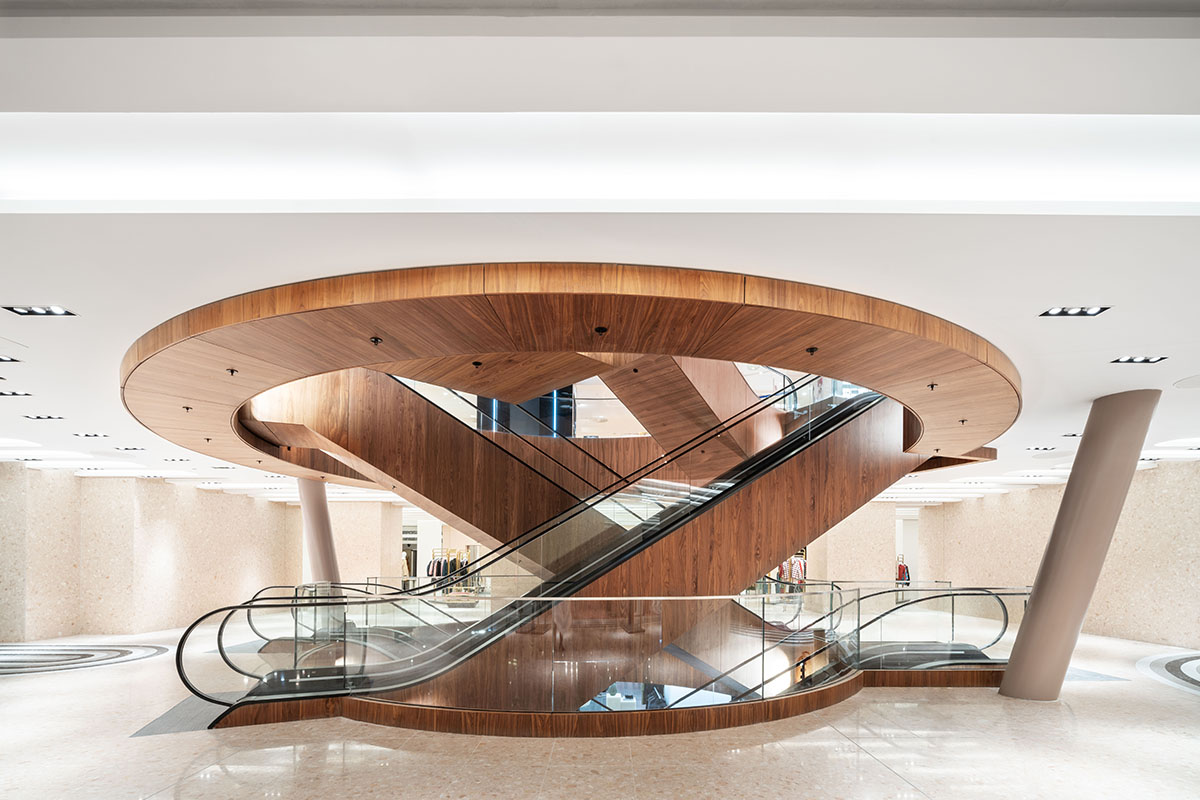 OMA has completed the renovation of Berlin's historic department store Kaufhaus des Westens (KaDeWe) with a sculptural wooden escalator in the heart of the store.

The project, led by Ellen van Loon and Rem Koolhaas, with Project Architect Natalie Konopelski, is the first quadrant of the masterplan designed by OMA. 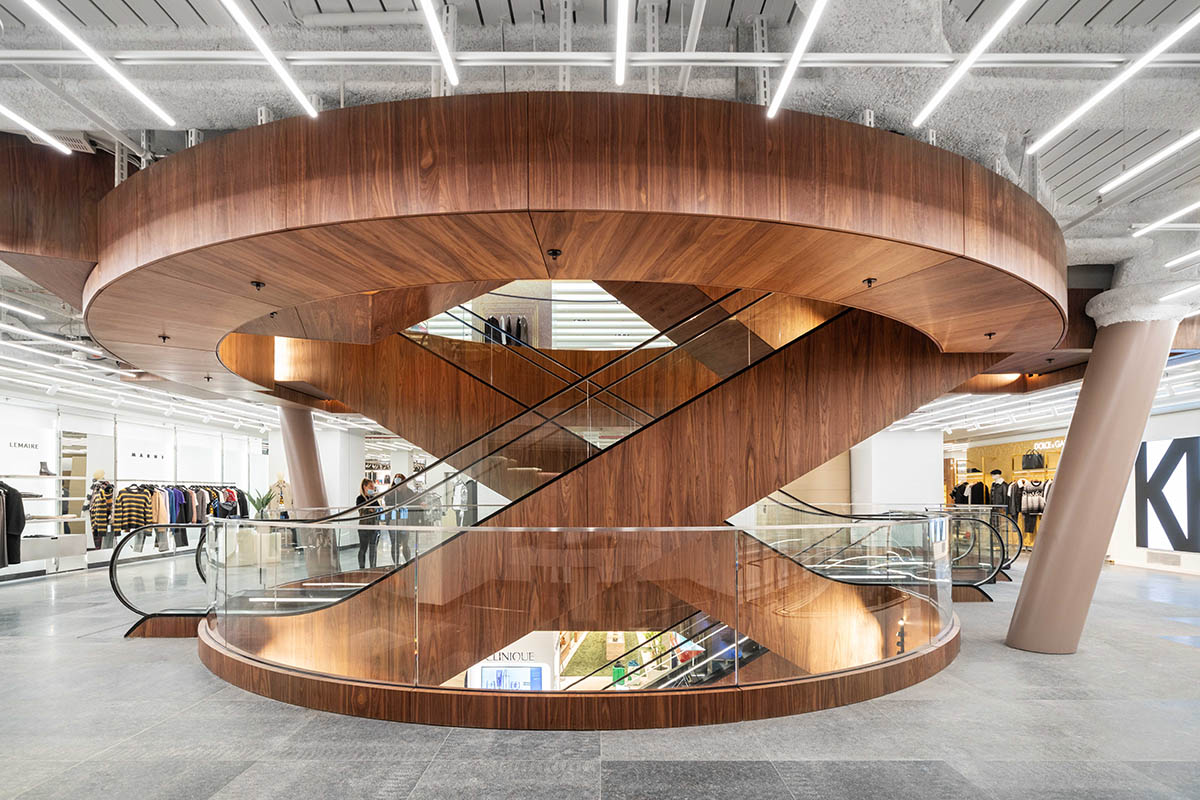 OMA revealed first plans for KaDeWe Berlin department store in 2016, the project marks OMA’s first project for KaDeWe Group, while Ellen van Loon is also working on the design of a new store by KaDeWe Group in Vienna. 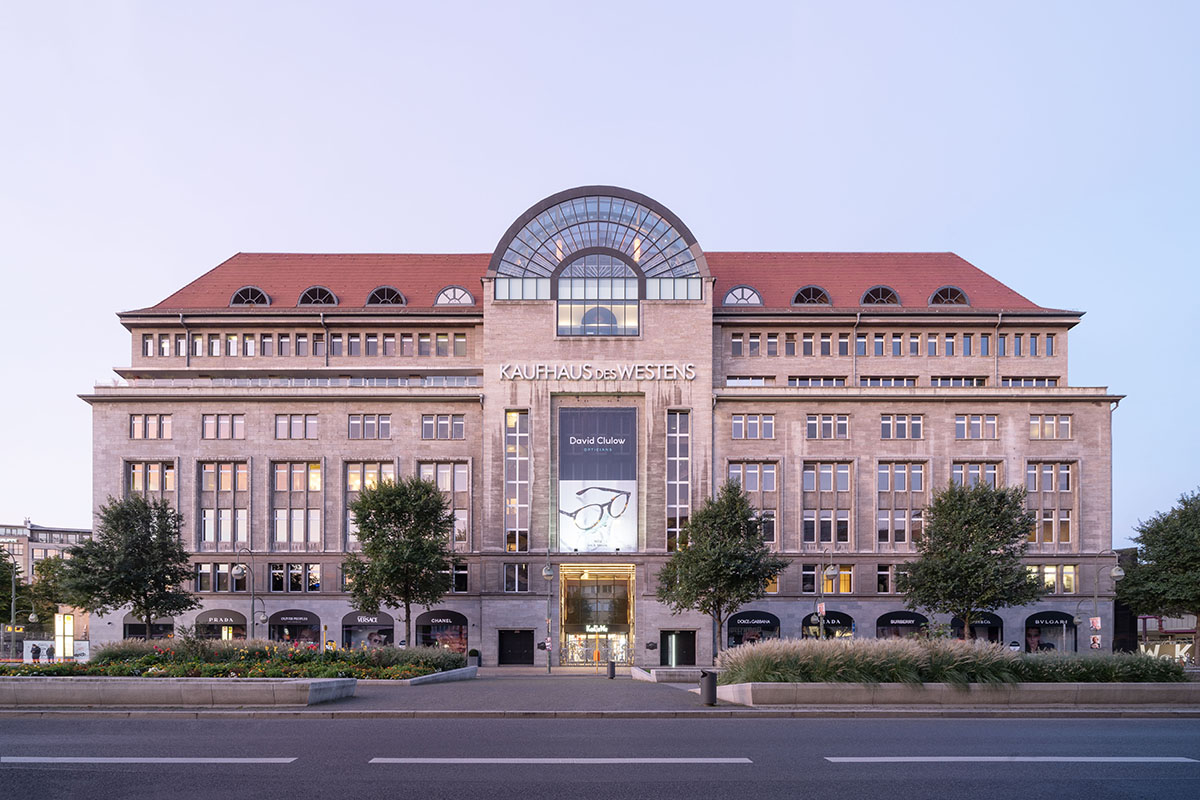 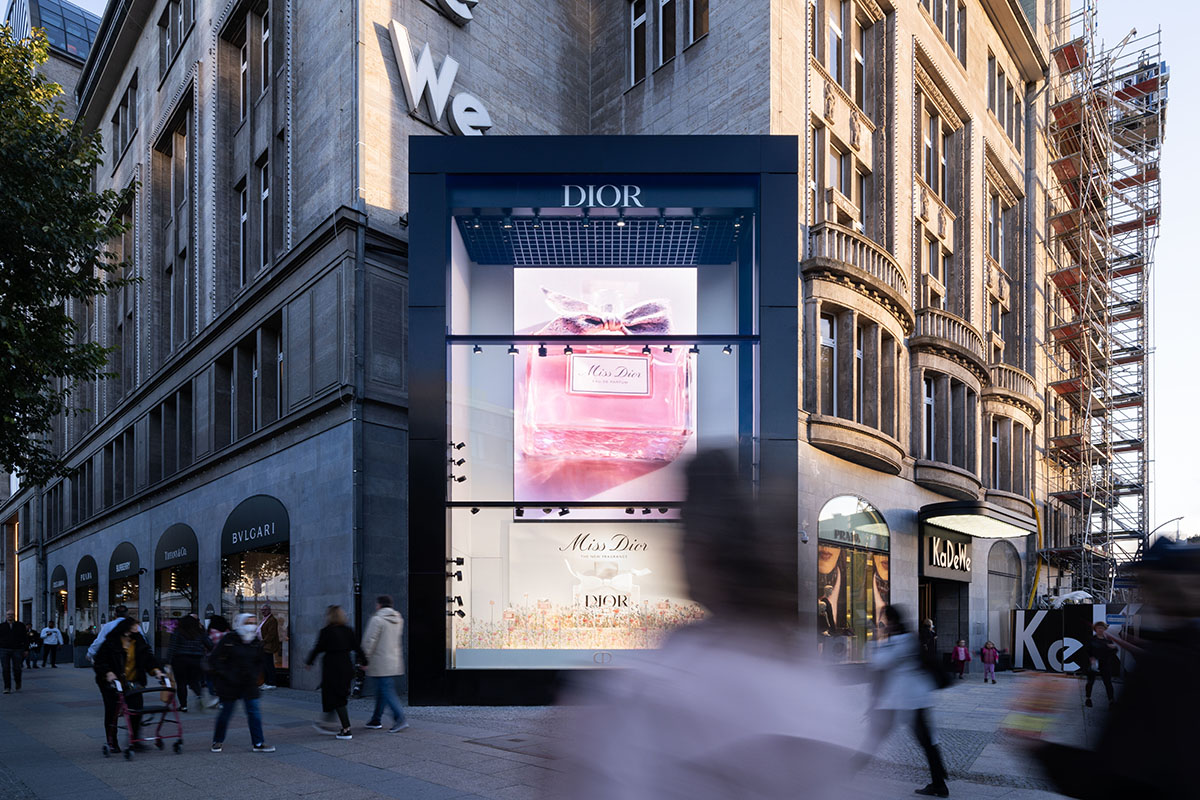 "The renovation of the KaDeWe aims to redefine the dynamics between retail space, its patrons, and the urban environment, in a time when e-commerce is reshaping our relation with in-person shopping," said OMA Partner Ellen van Loon.

"The project reinterprets the fundamental elements of a typology that has remained virtually unchanged for more than 100 years." 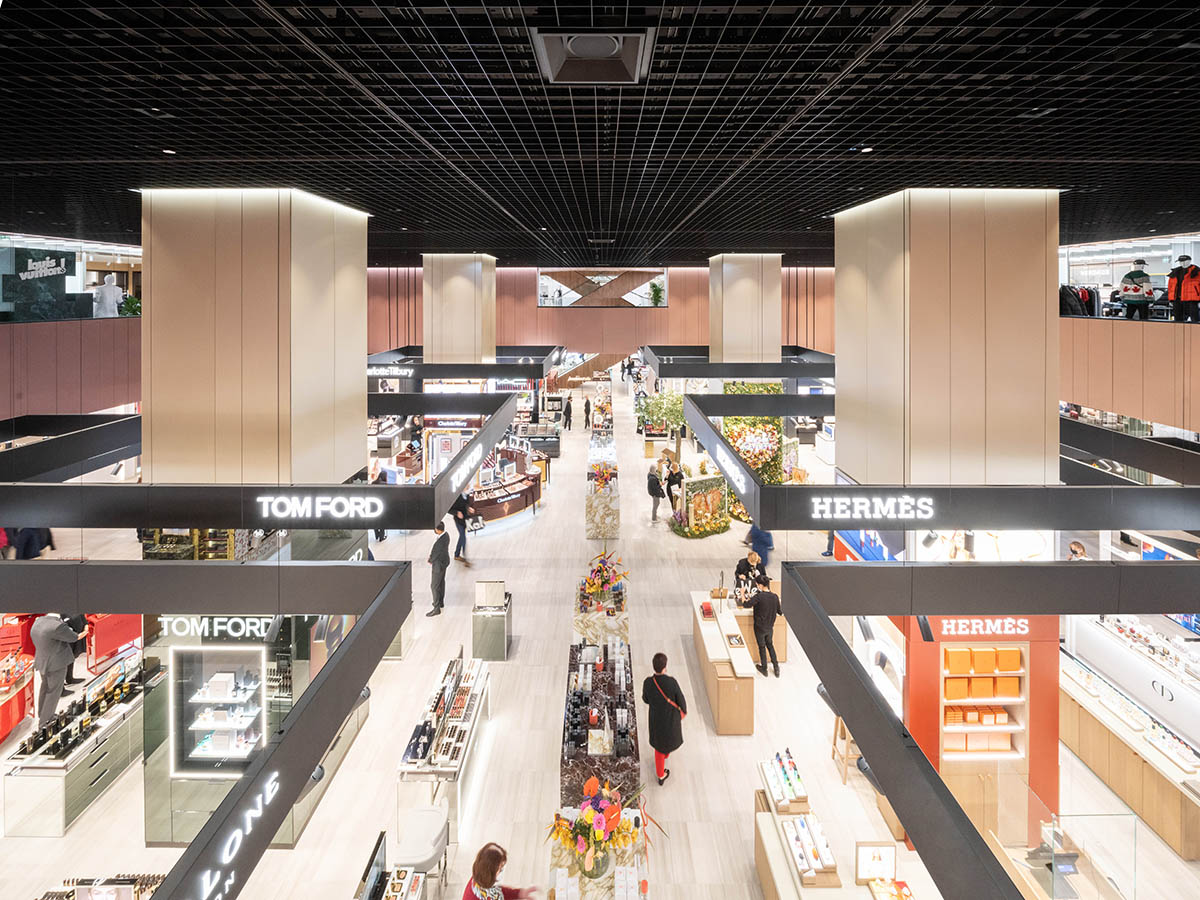 Considering the traditional retail typology, rather than treating the existing building as a singular mass, OMA has introduced four quadrants which fragment the original mass into smaller, easily accessible and navigable sectors.

With this project, OMA and KaDeWe address the accelerating shifts in consumer behavior and the challenges brought by online retail that are affecting the traditional department store. 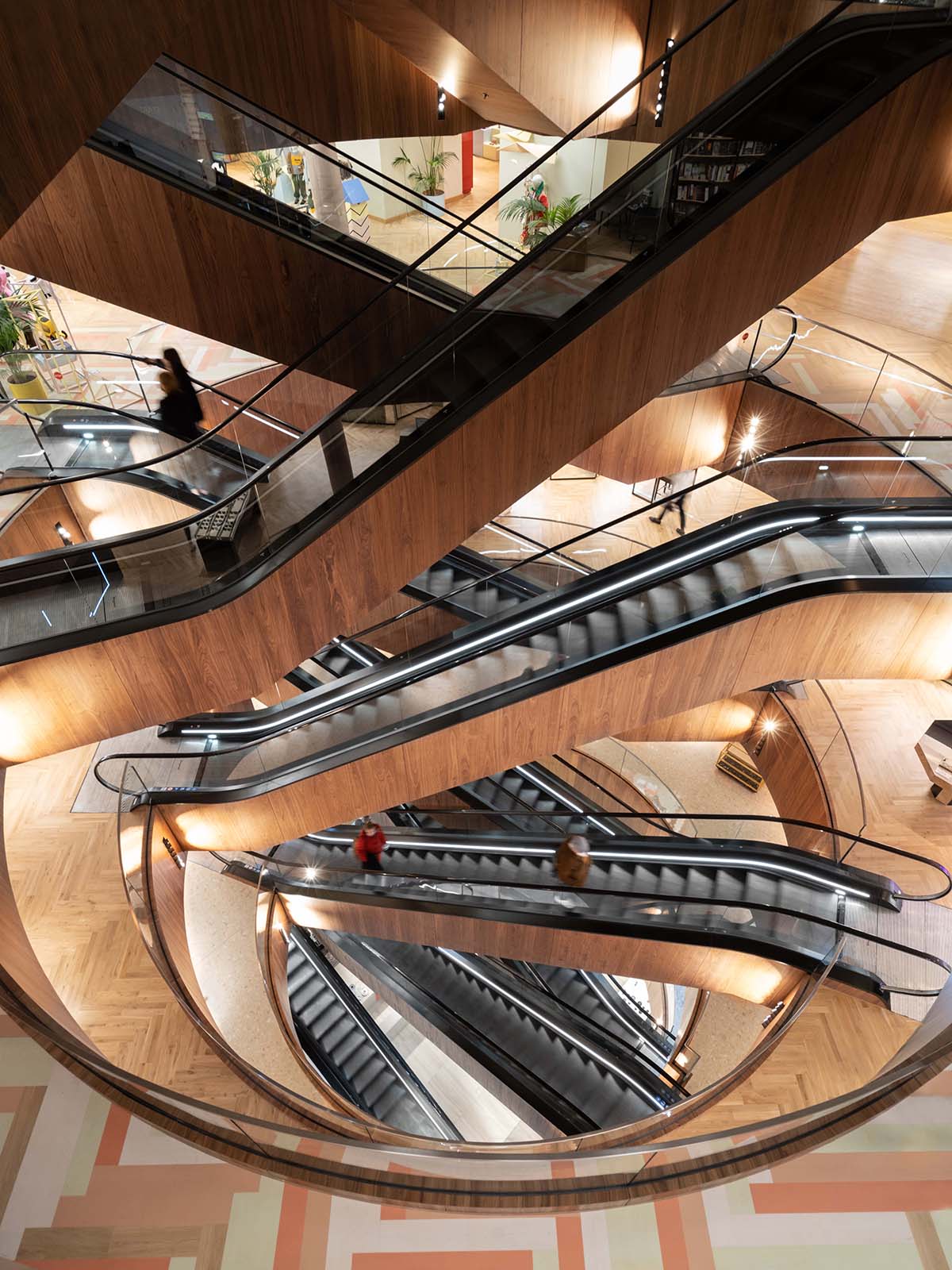 KaDeWe was opened in 1907, and the store has always been at the forefront of product selection, while also setting new standards for customer services.

Its unique size – the biggest department store in continental Europe – makes it akin to a city: a three-dimensional network of paths, squares, neighborhoods, activities and views unfolding through its large extensions, providing opportunities for commercial, social and cultural encounters. 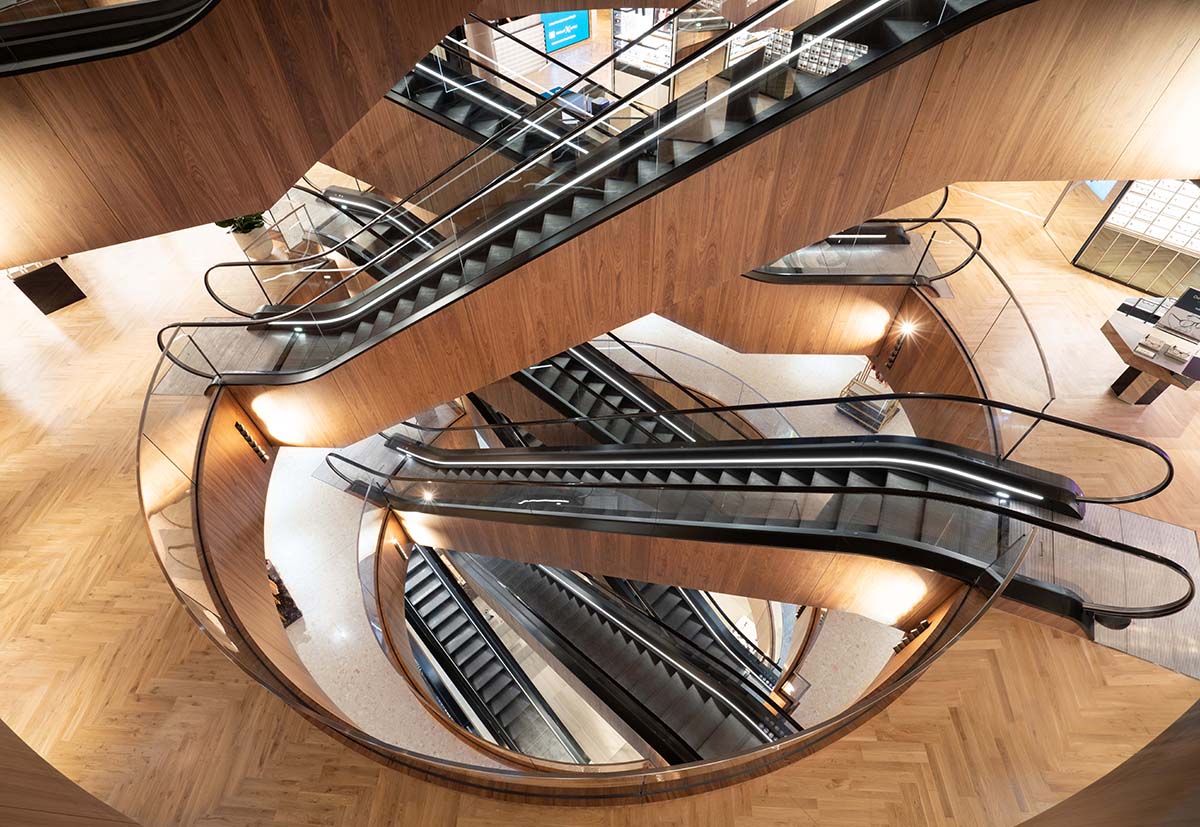 "Its evolution reflects Germany’s modern history: from its origins in the early 20th century, through WWII destructions and the subsequent rebirth in the 1950s when it became a symbol of the country’s post war reconstruction and economic success," said OMA.

"Late 20th century modifications, accelerating global economic shifts and the digital revolution have turned the KaDeWe’s former set up into an obsolete model. An alternative to the established retail model – a model that redefines the relationship between the department store, its patrons and its physical and urban environments – is timely," OMA added. For this project, OMA's proposal for the transformation of KaDeWe is tactical.

Envisioned in a strategical design process, the four department stores are planned under one single roof that fragments the original mass into smaller, easily accessible and navigable components. This is similar to distinct urban sectors embedded into a unifying city fabric. 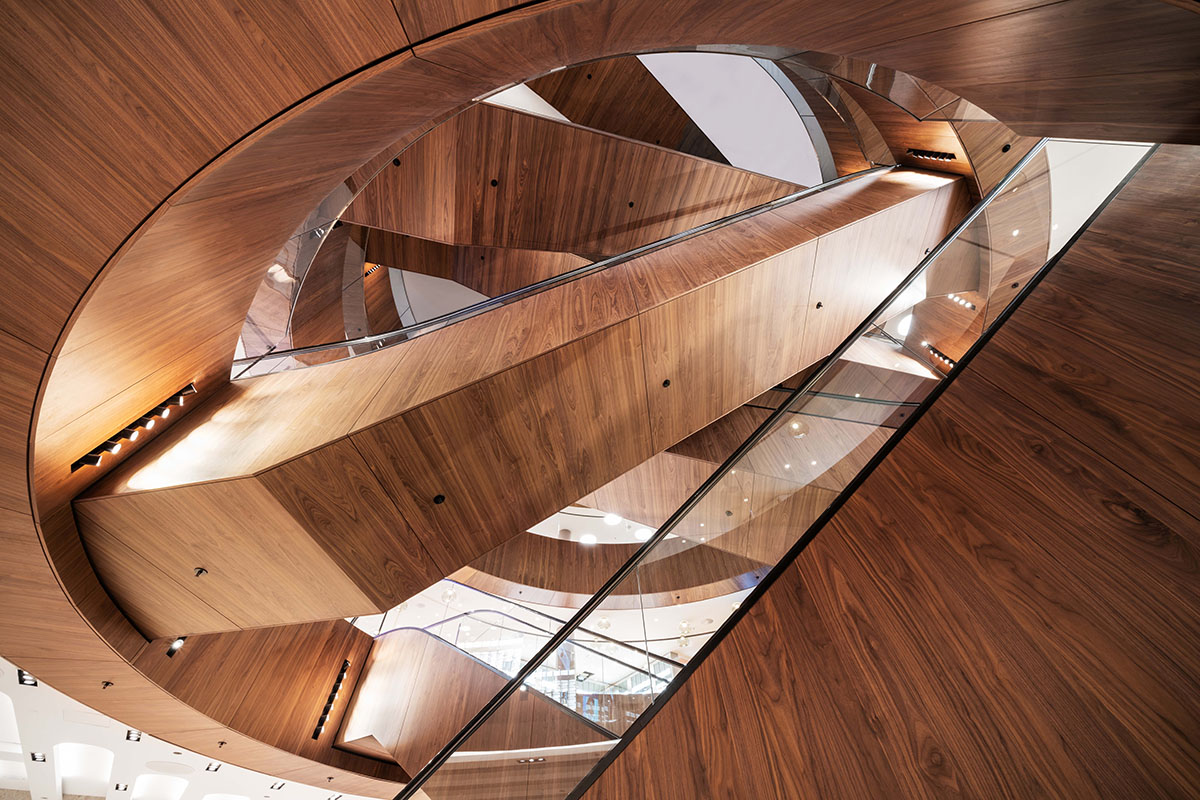 Each quadrant has a different street entrance and is organized around its core void, which acts both as a central atrium and a primary vertical circulation space.

Through a process closer to curating than designing, each void is developed specifically, resulting in four distinct spatial experiences and four efficient models of organization within a single department store. "Throughout the nine levels of the building, the voids transform in size and extension, avoiding repetition and making every floor unique: they disappear on the ground floor, morph through the commercial areas, and one of the voids reaches the new rooftop," said OMA in a project description. 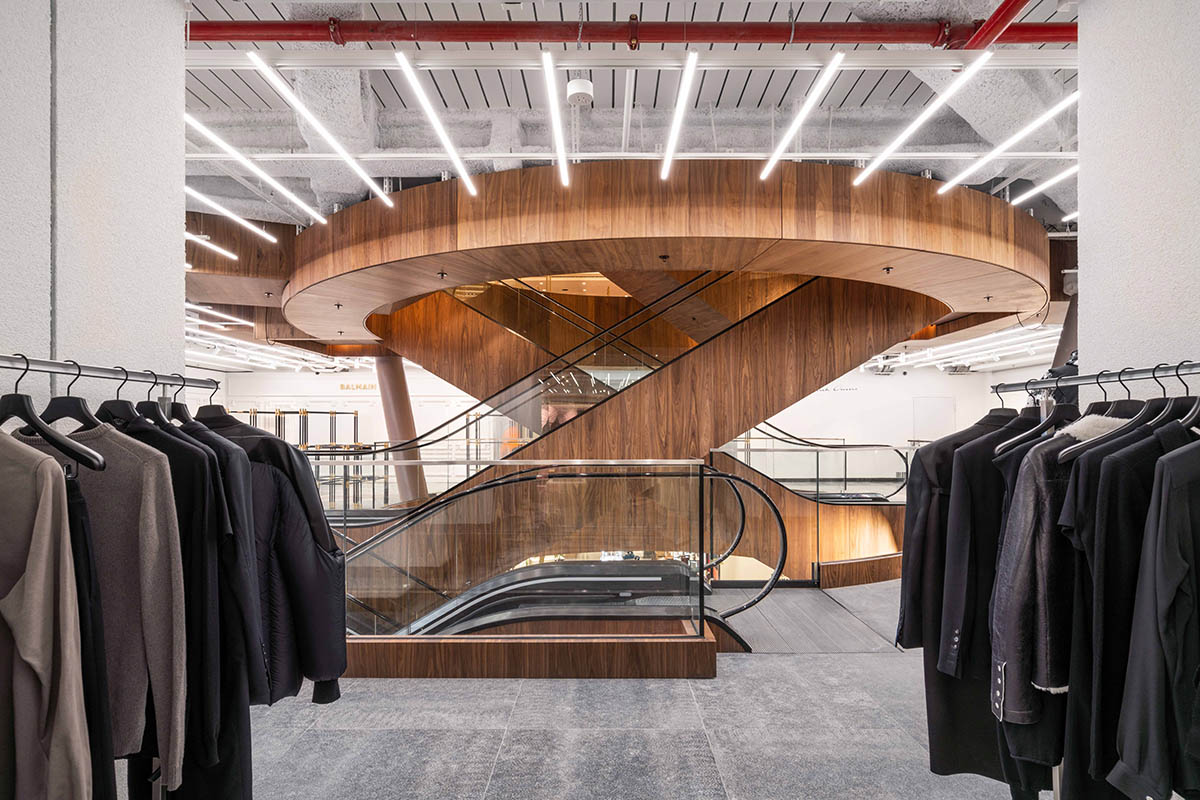 OMA devises a cross-shaped organizational system that reinforces the presence of the quadrants on each commercial floor. As the team highlights, "this regulates the use of the spaces, the general circulation, the transition between one quadrant and the other and the relationship between brands and curated spaces, while at the same time allowing the injection of unexpected programs."

"The building operates as infrastructure allowing for multiple conditions and uses," the firm explains. 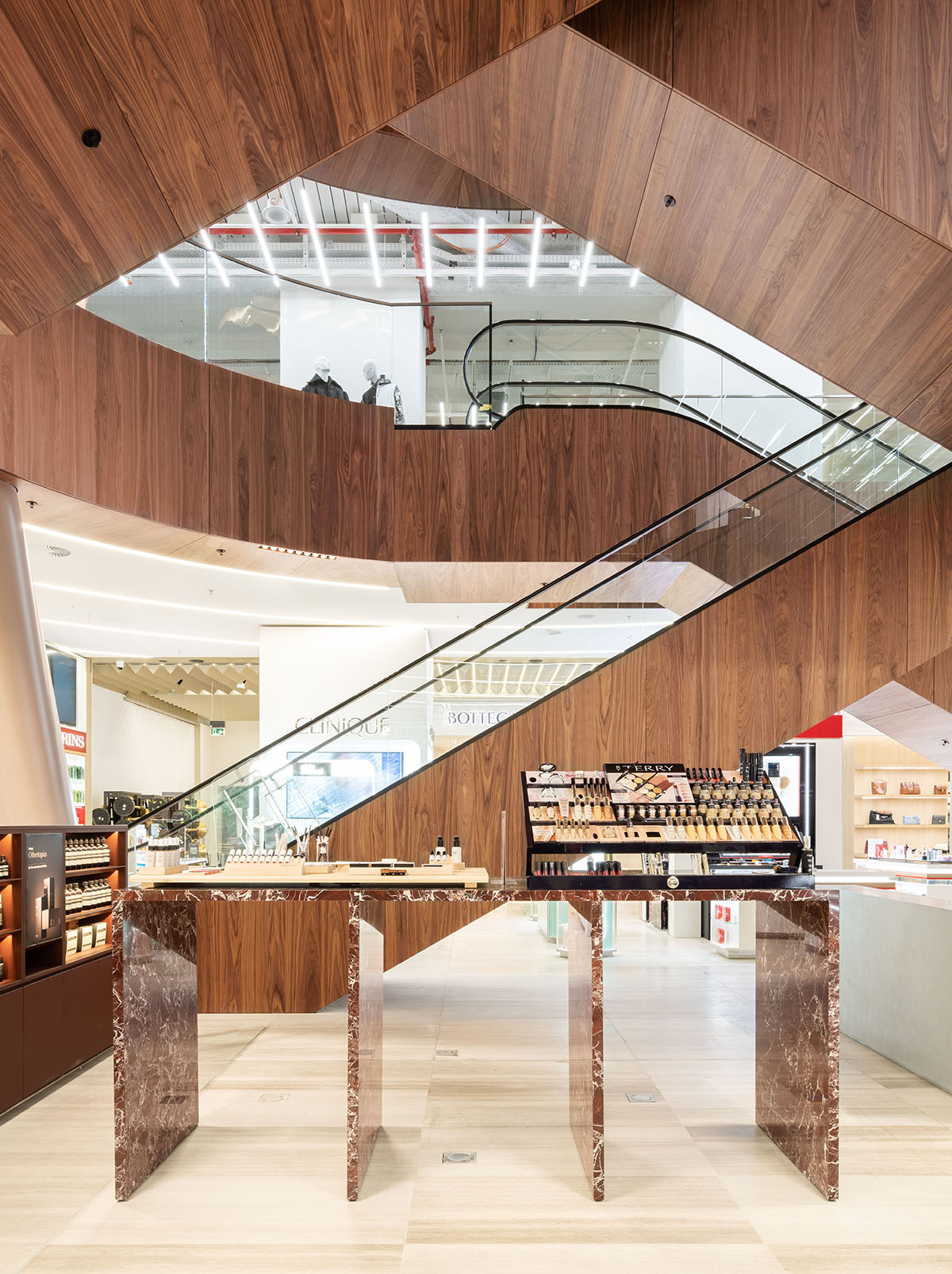 The original vaulted rooftop becomes a compact glass volume, extending organically from the profile of the existing building. The journey through one of the voids culminates with a final escalator ramp that brings the visitors here for an expansive view of Berlin. 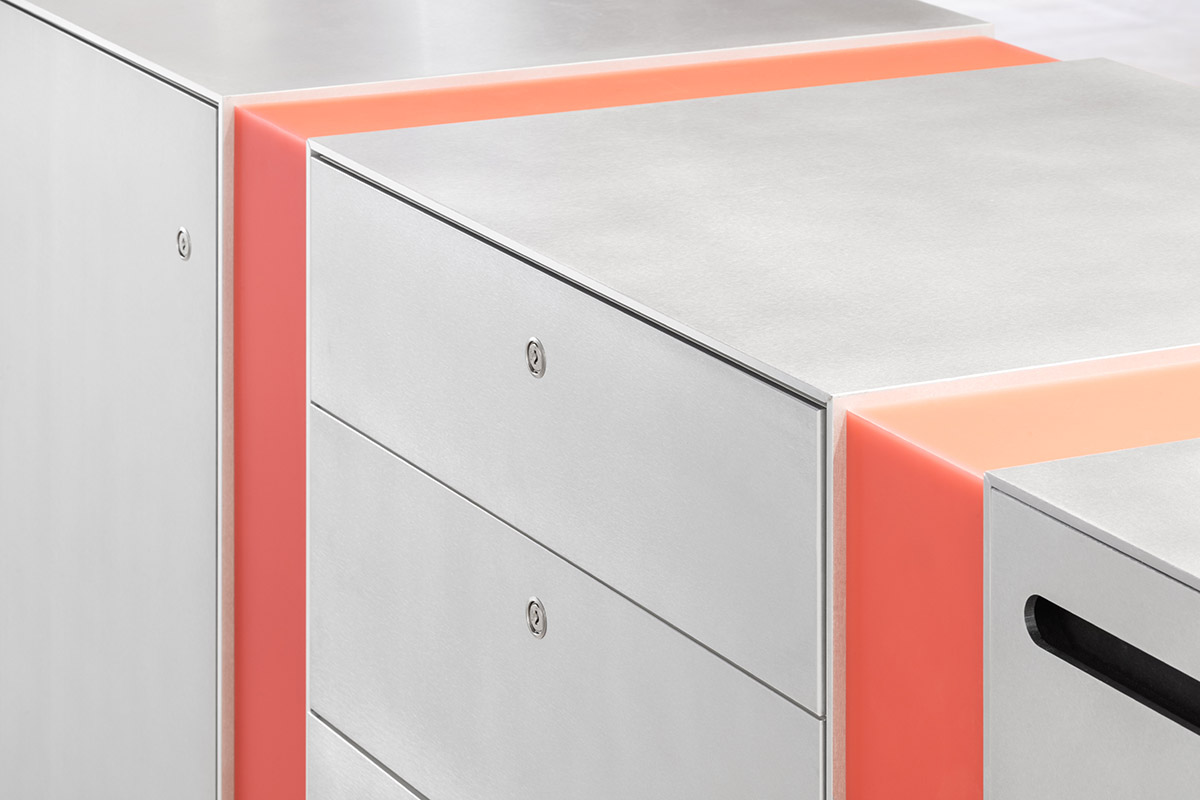 The configuration of the new rooftop creates an open-air courtyard between the new architectural insert and the rest of the building. Irregular in shape, the courtyard provides a space for outdoor programs and simultaneously unveils the most exciting and yet most secret spaces of KaDeWe: its food laboratories. 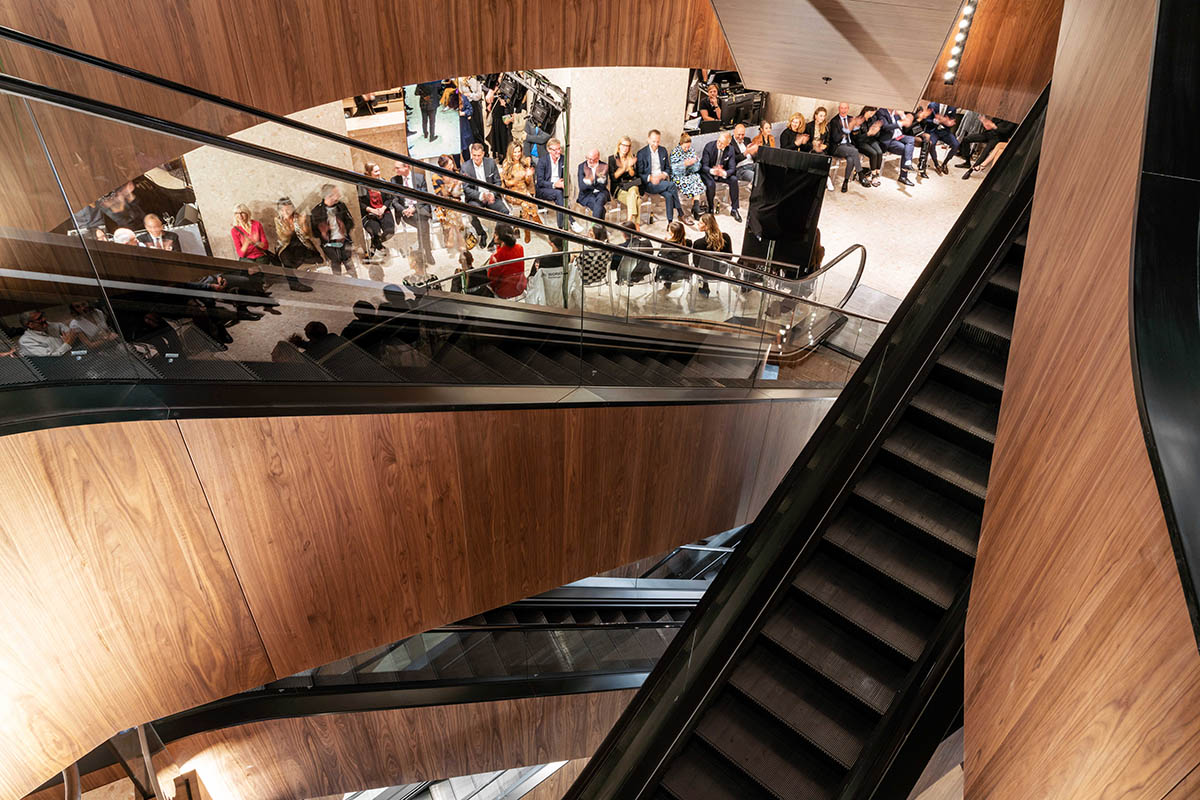 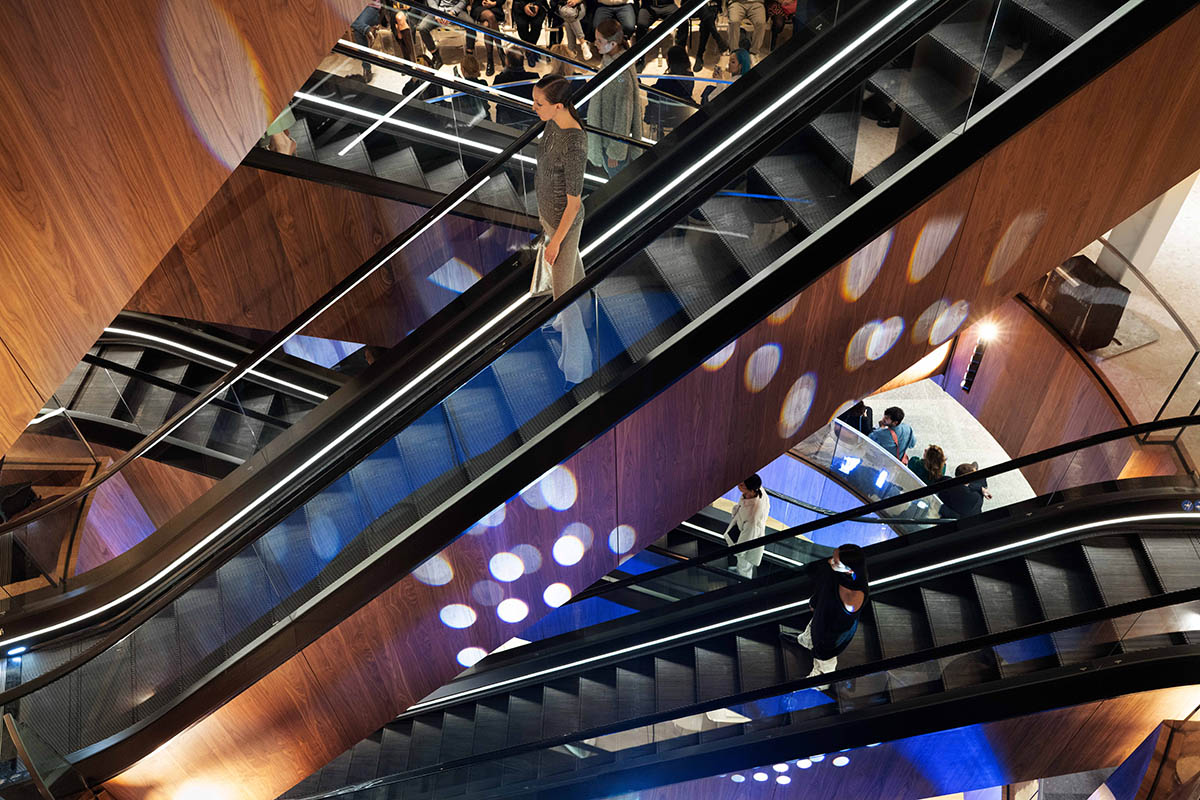 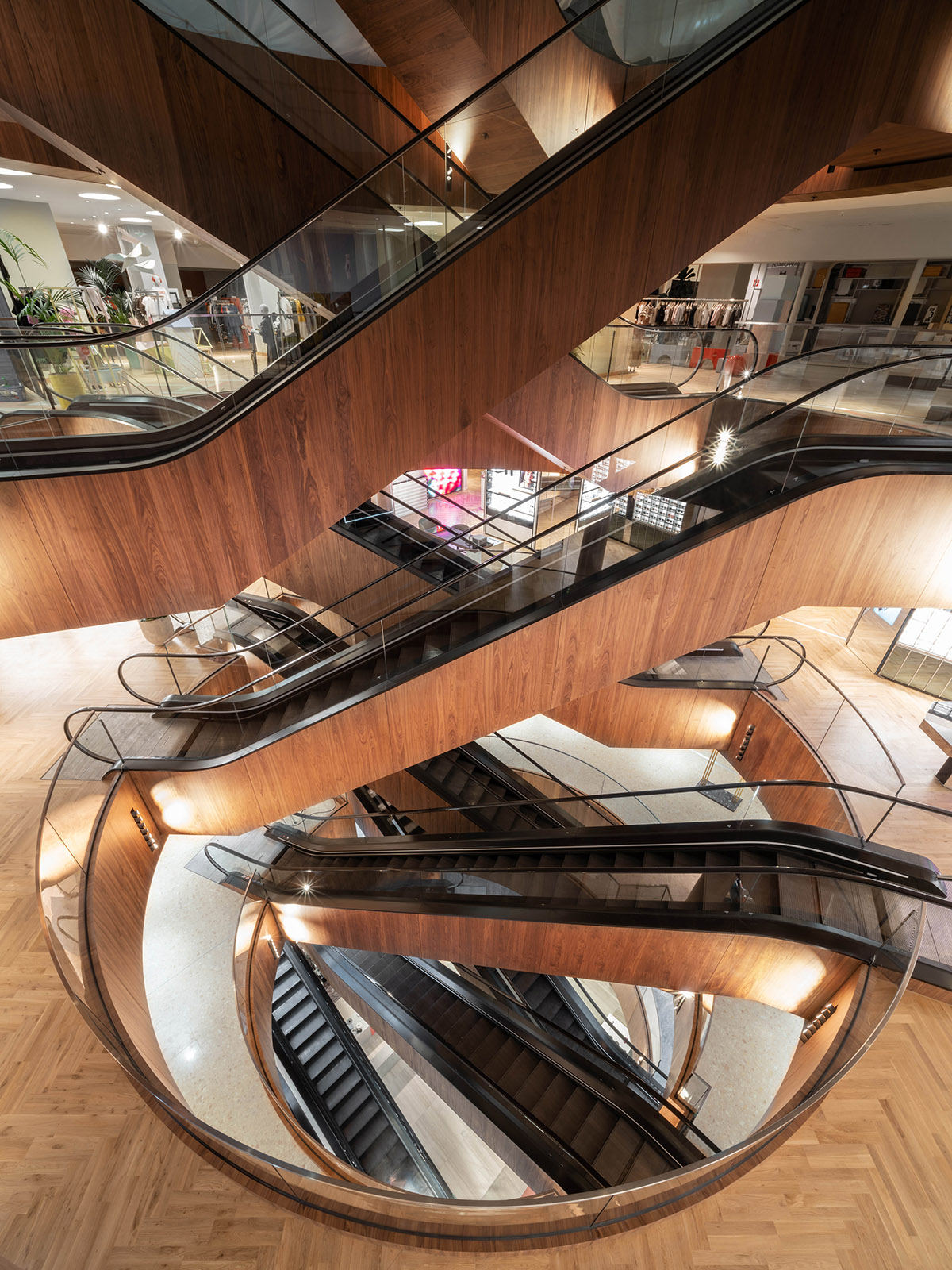 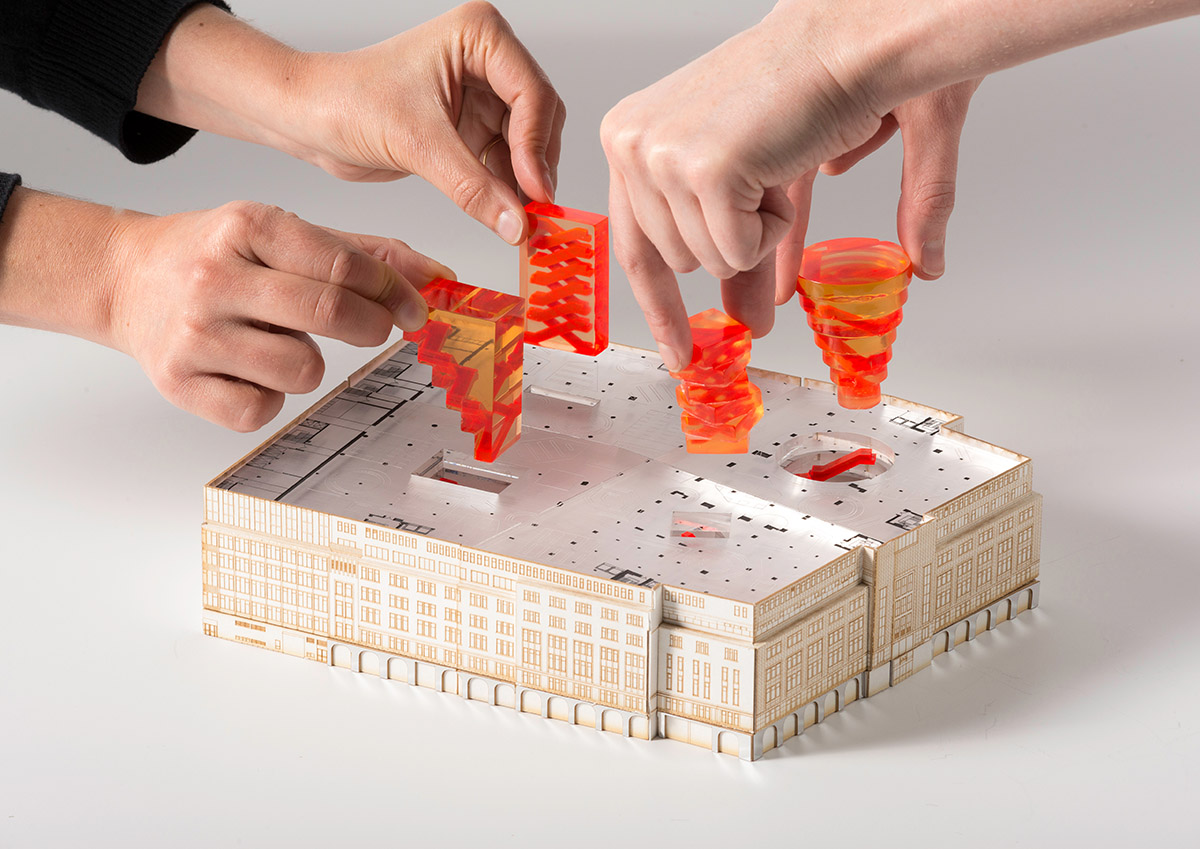 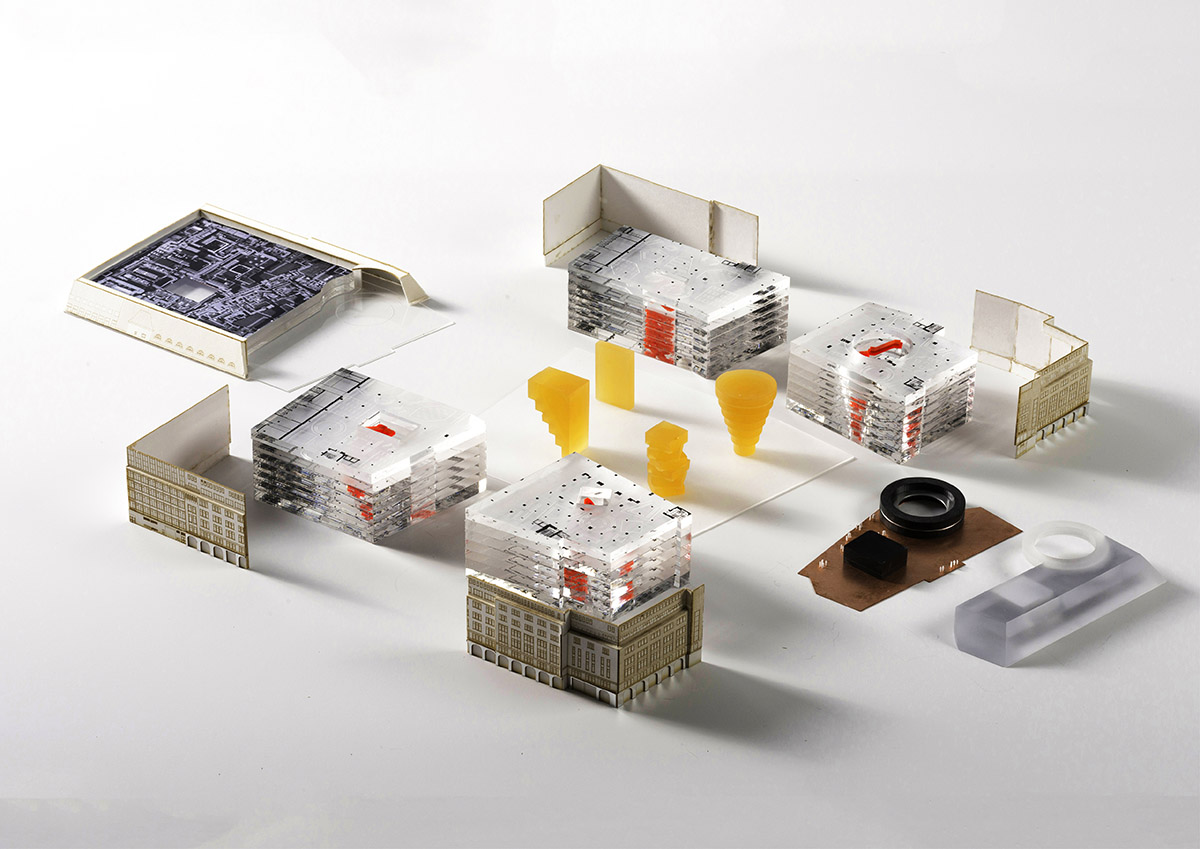 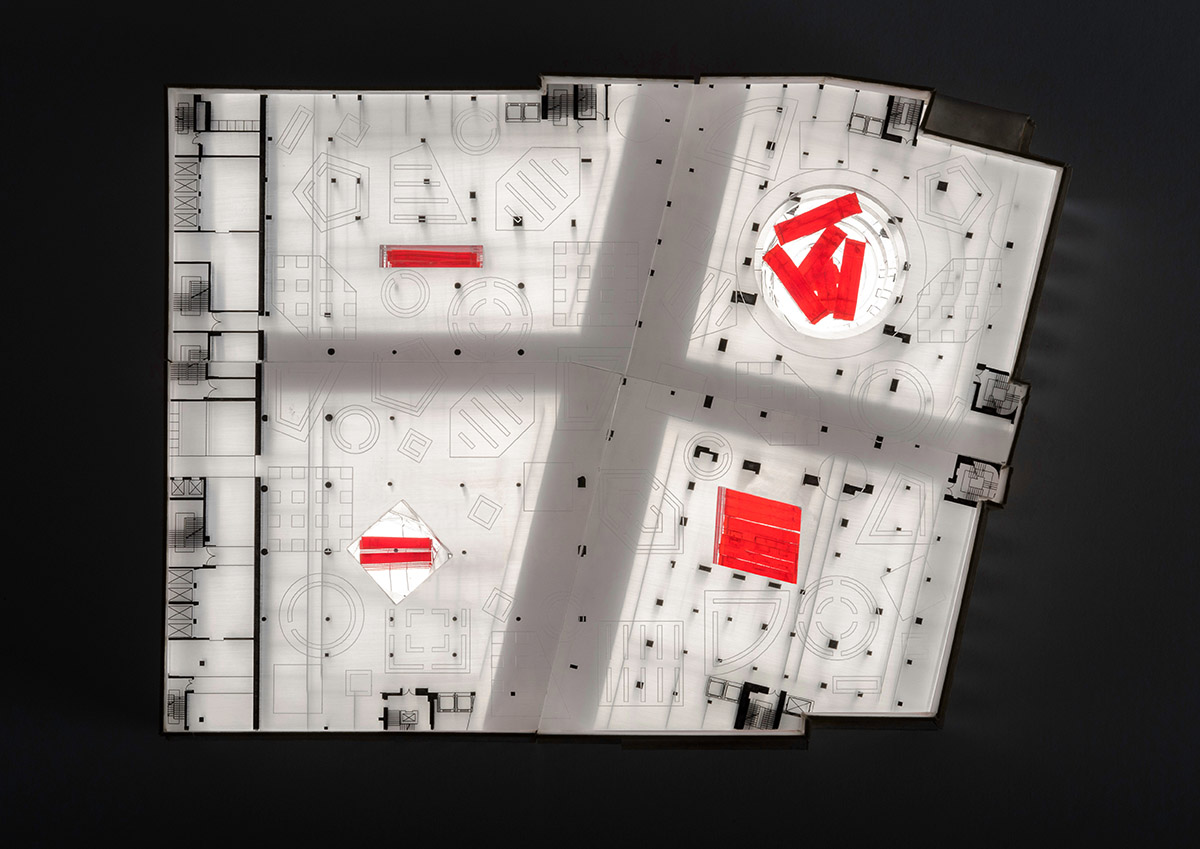 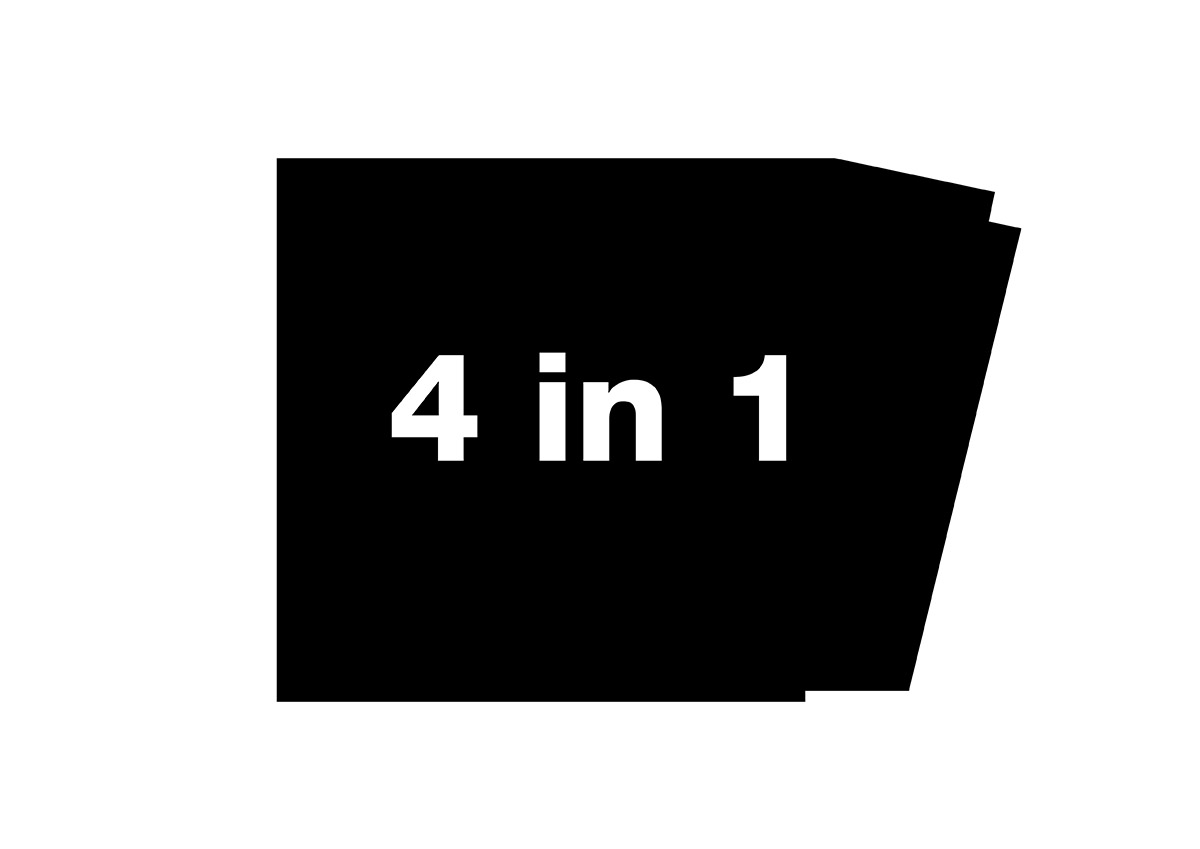 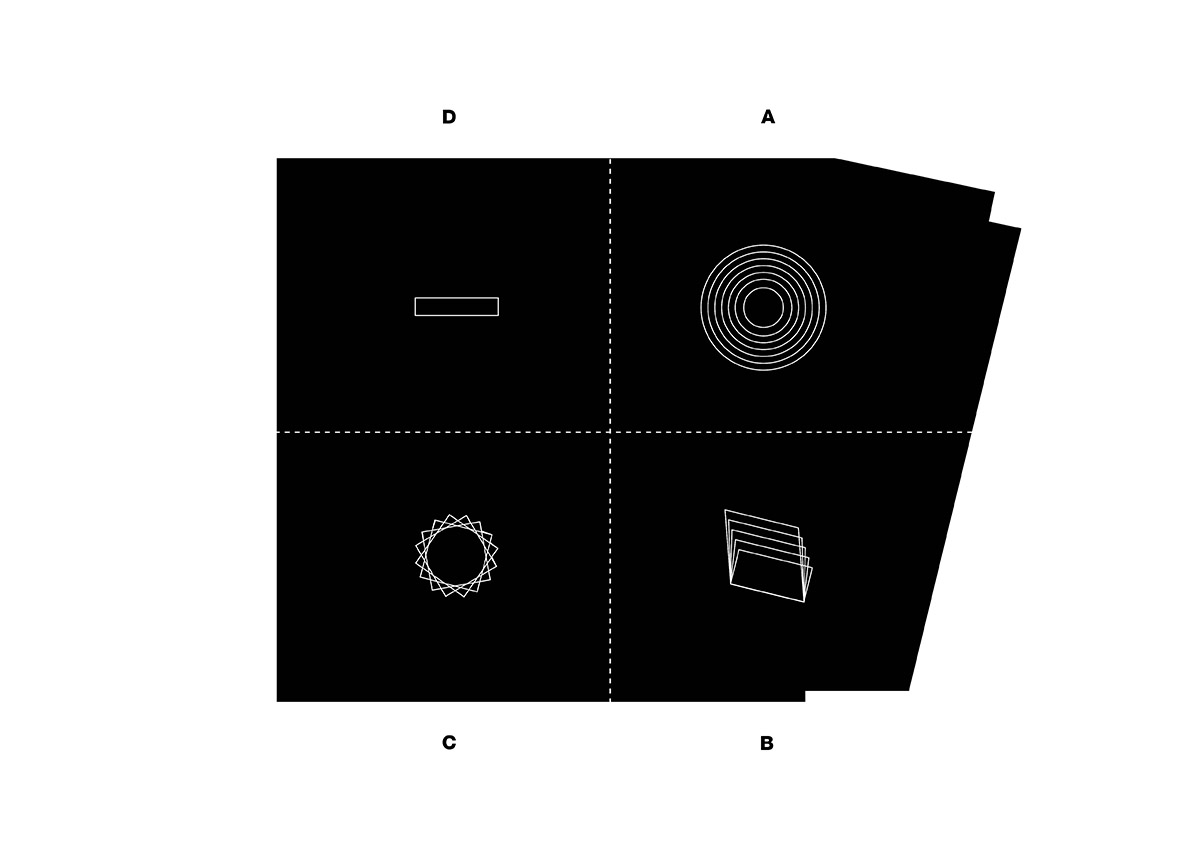