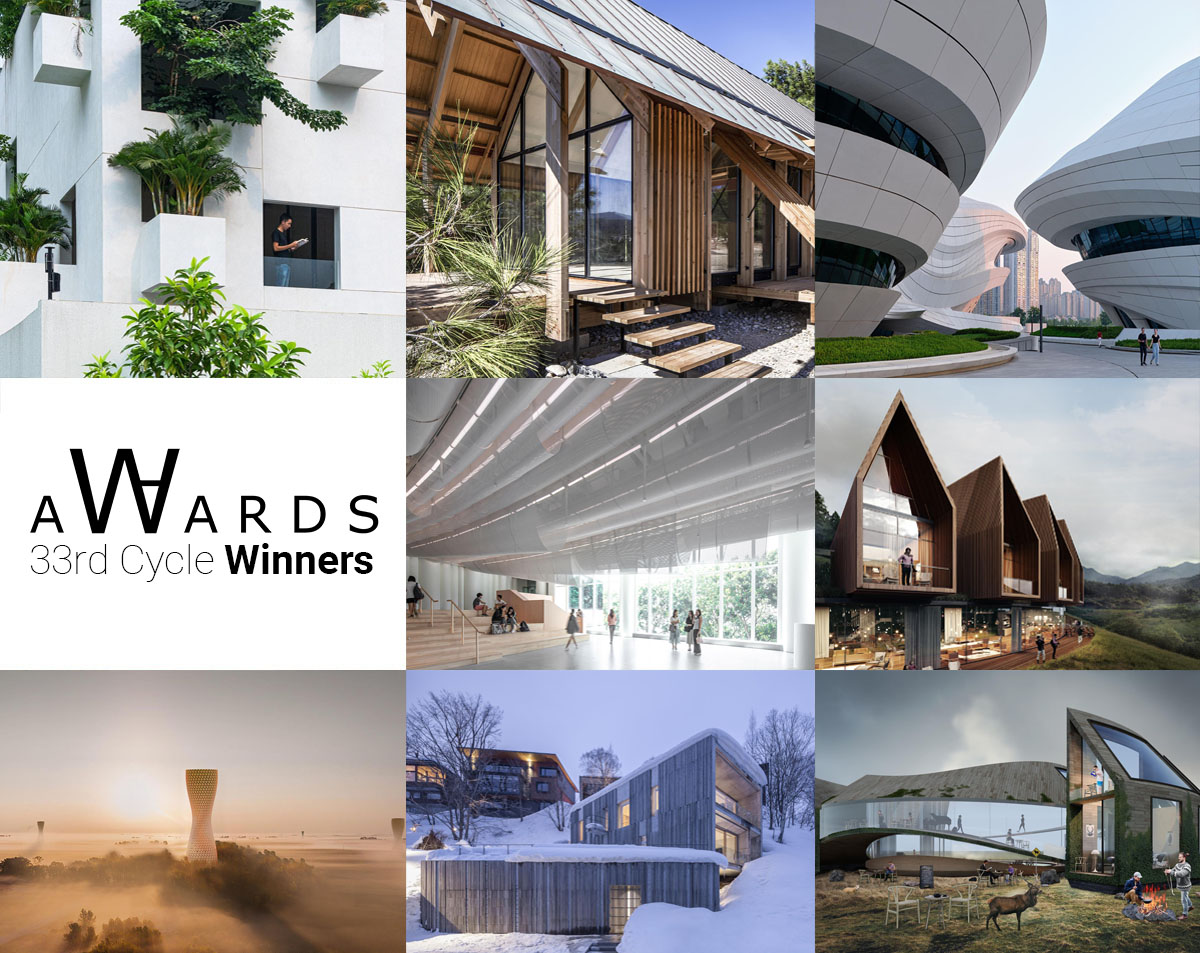 World Architecture Community team is proud to announce the winners of WA Awards 10+5+X 33rd Cycle in Architecture and Interior Design sections. Once again, we have 50 different winning projects from 22 different countries with a fantastic mix of building types, spanning from Mexico to India, Romania to Canada.

You may now consult all of the awarded projects at the World Architecture Community WA Awards Winners page.

One Cycle ends as another starts...

With this announcement, we want to also remind you that the 34th Cycle of WA Awards is now open for submissions. You can submit your entries until April 20, 2020. If you also want your project to get the recognition it deserves, make sure to participate before the deadline is over.

Your starting point is How to Participate...