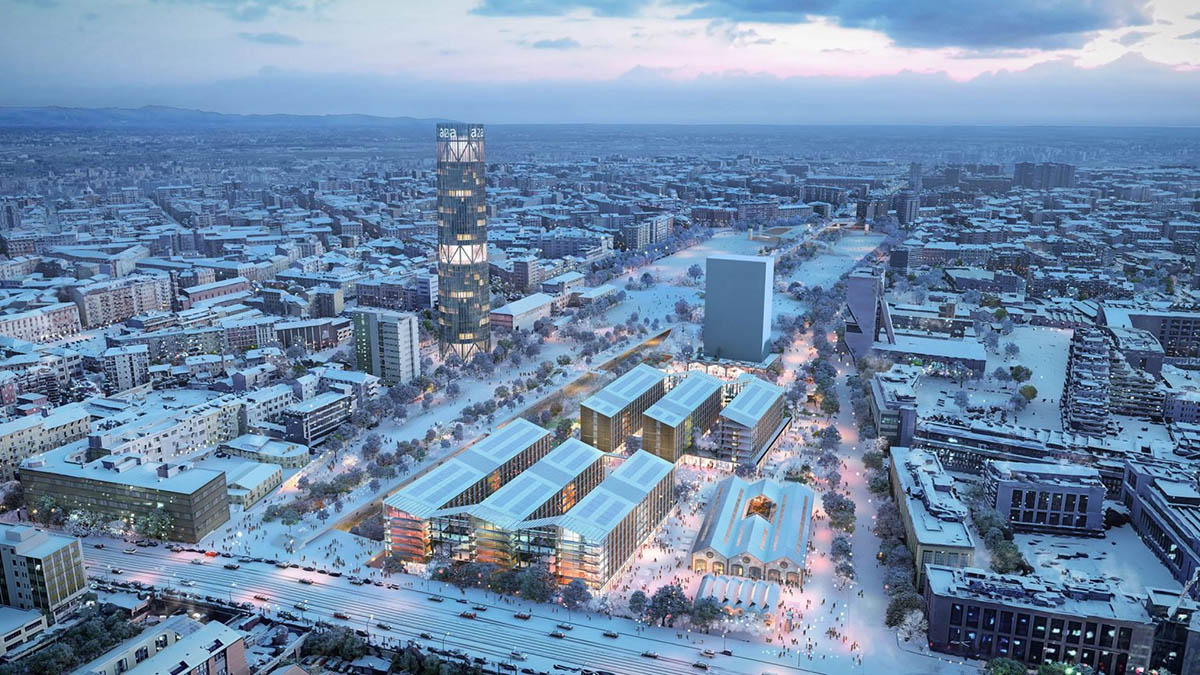 The project is developed by COIMA SGR and its partners in collaboration with the Milano-Cortina Foundation, the Municipality of Milan, and the Lombardy Region. 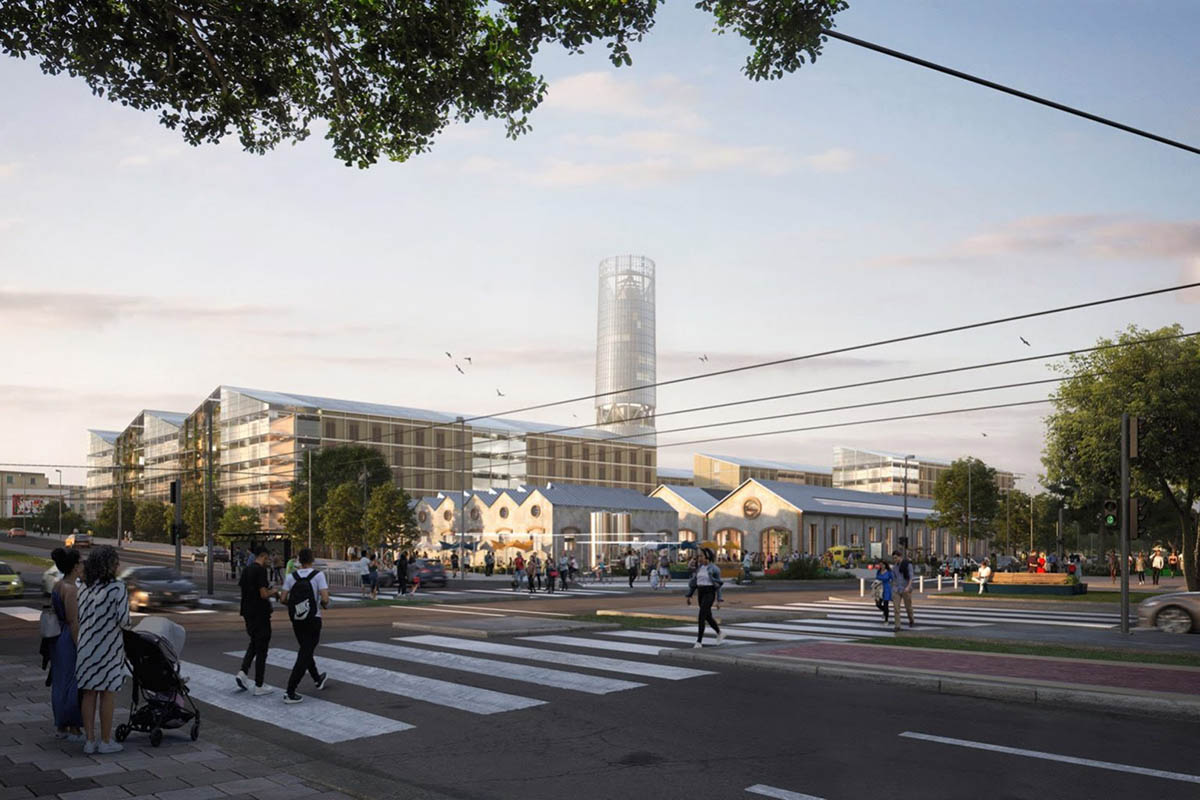 The new plans will incorporate innovative sustainability features, on the other hand the village will target “minimal environmental impact” in accordance with NZEB (Nearly Zero Energy Building) requirements.

Proposed plans are designed first and foremost to become an integral part of Milan’s urban fabric and a set of public green spaces will be integrated to the plans, as well as the transformation of two historic structures, and six new residential buildings that will serve Olympic athletes in the short term.

"Following the Olympics, the athletes' homes will be reused for student housing; the park and railway side buildings near the Olympic Square will be used for affordable housing; and the Olympic Village Plaza will become a neighborhood square, with shops, bars, restaurants, and cafes planned at street level, along with outdoor space for farmers' markets and other community events," said SOM.

"The 2026 Olympic Village will represent a new urban laboratory for Milan, the first to be designed and built in its future configuration with spaces, functions and materials already designed for their conversion, meeting NZEB principles," said Manfredi Catella, COIMA Founder & CEO.

"The integrated district will be managed through an evolutionary digital platform similar to that being tested in the Biblioteca degli Alberi Milano (BAM) in Porta Nuova. The project represents our commitment to ESG through COIMA ESG City Impact, the first Italian closed-end investment fund with measurable objectives for the country’s sustainable regeneration, which will retain the Olympic district in its portfolio following its conversion into a student residence." 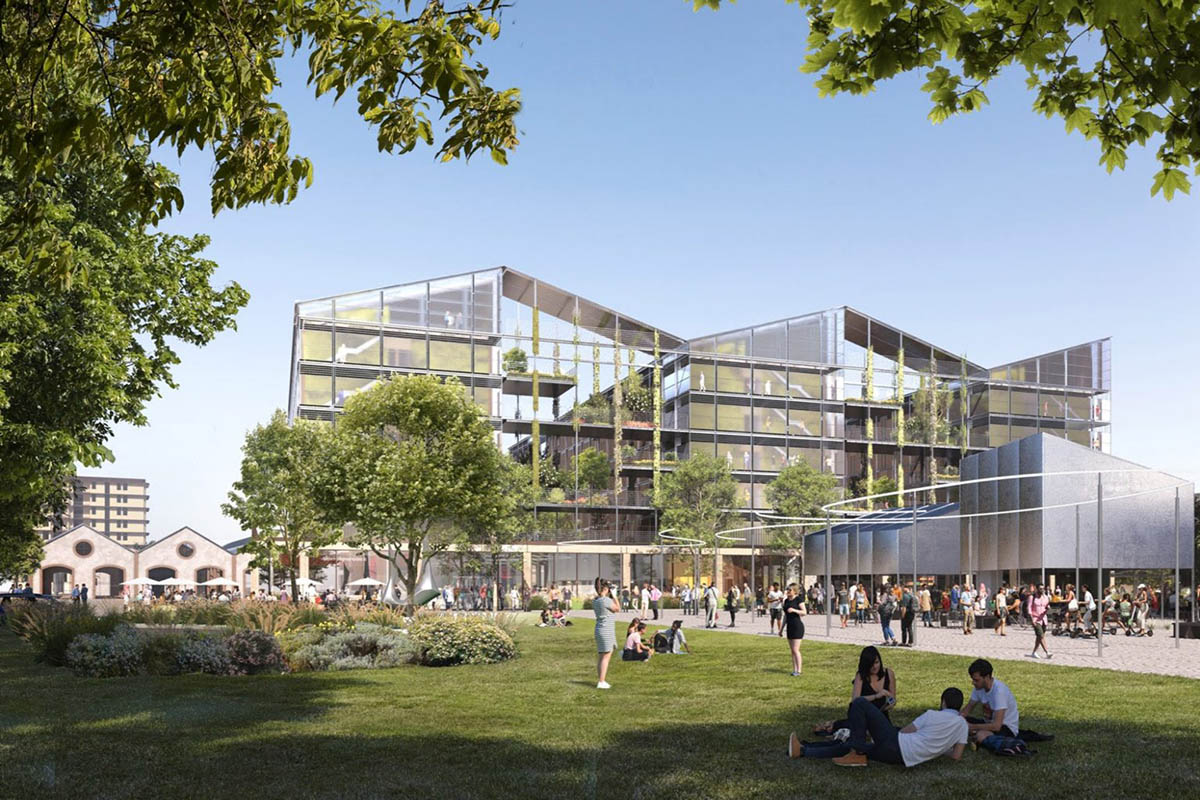 "Rather than ceasing to be of use after the Olympics, the Porta Romana Olympic Village will ultimately become a vibrant, self-sustaining neighborhood built around the principles of social equity, environmental commitment, wellness, and inclusivity," said SOM Design Partner Colin Koop.

"The village adopts the rhythm of the area’s streetscape, creating a porous urban block with a variety of public spaces and communal anchors that will enhance Milan’s vibrant tapestry of ground floor experiences."

The architectural language of the buildings takes cues from the historic buildings of Milan, while featuring striking, contemporary materials and dramatic communal terraces. 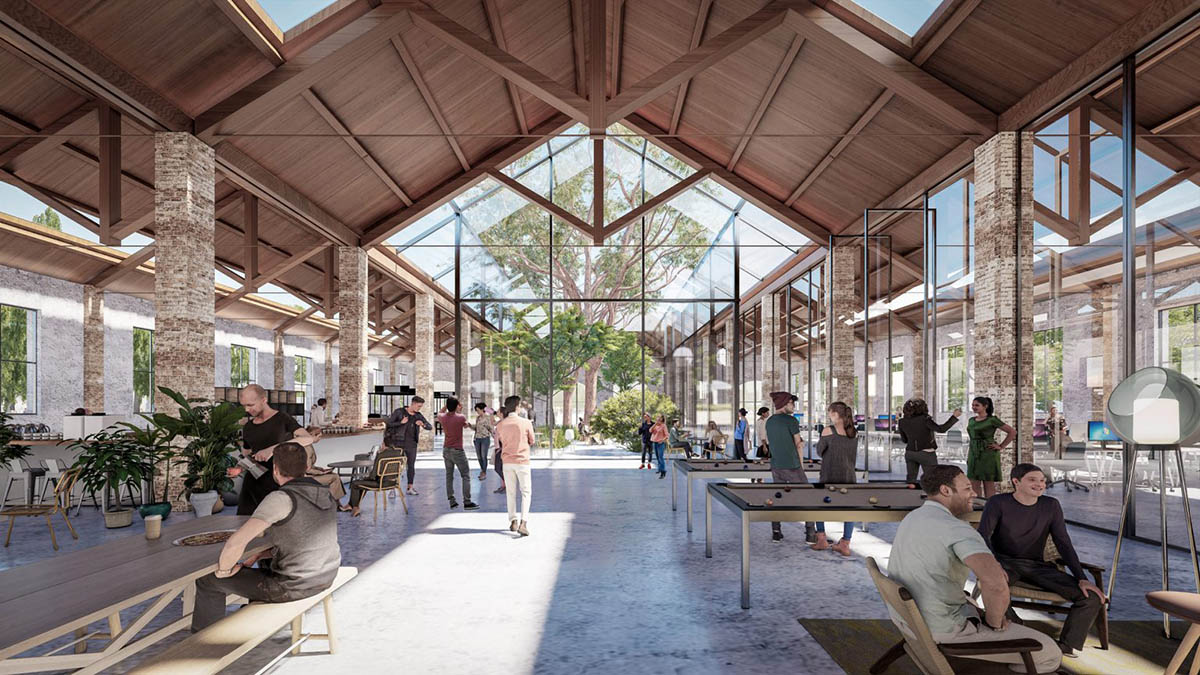 Communal terraces will be shaded by vertical plantings, these terraces will serve as bridges between the buildings and they will become signature gathering spaces and outdoor study rooms for students and lending the complex a sense of energy and life on every level.

The integration of greenery within the outdoor areas will contribute to the neighborhood’s climate resilience, and also create space for urban farms that enable on-site food production.

SOM will follow the principles of a smart and sustainable city in the design of the entire Olympic Village, creating a complex that is at once connected and self-sufficient.

"The village’s mechanical systems will tie into the precinct’s loops, yet passive cooling strategies, solar panels, and rooftop gardens — among other features — will ensure that more than 30 per cent of the energy utilized will be produced on site," SOM added.

"Stormwater will be collected on site and reused, with a reduction in the use of drinking water by over 50 per cent and a CO2 reduction of 40 per cent for heating and cooling. In addition, the new buildings maximize the use of sustainable materials, from the mass timber structure of the residential buildings to low-embodied carbon facade materials." 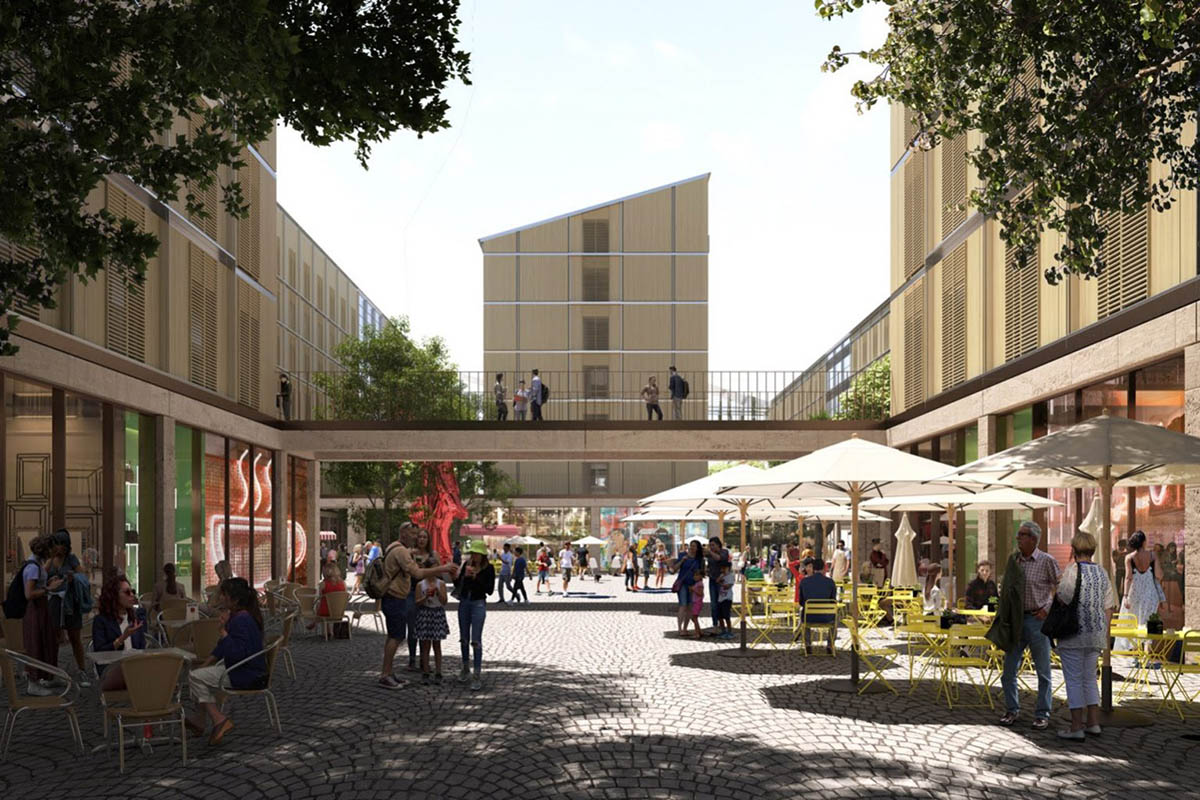 The Olympic Village is conceived as part of the broader Parco Romana project for which an updated master plan, developed following an extensive public engagement process, has been unveiled.

SOM added that "the updated plan reinforces elements of the public space, such as the Central Park, eco-zones (green corridors that will be able to include public areas such as sports pitches, children's play areas, or urban gardens), and a suspended forest to connect the eastern and western sides of the site, for which a feasibility assessment is underway."

"The volumes of the planned projects have now been distributed more evenly, improving the dialogue with the surrounding areas and providing more activation at ground level."

Construction of the Olympic Village is planned to be completed by July 2025.

All images courtesy of SOM.