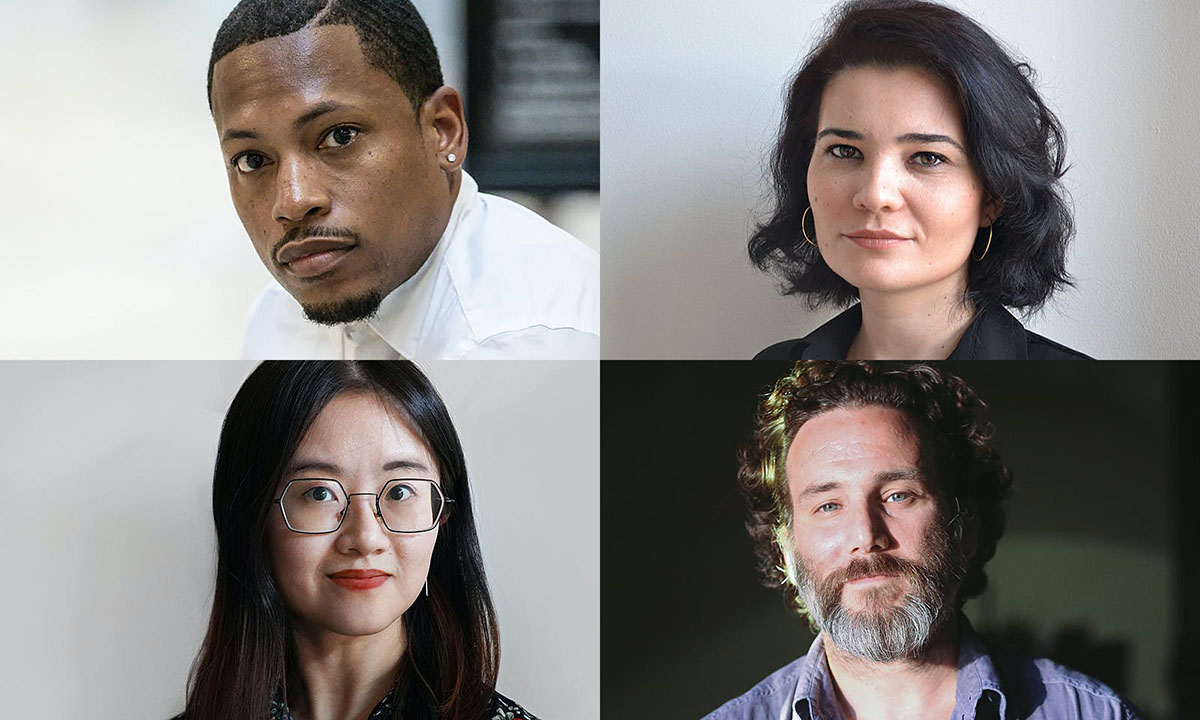 The Harvard University Graduate School of Design (GSD) has announced four shortlisted architects for the 2021 Wheelwright Prize, organized by the Harvard GSD.

The Wheelwright Prize, organized annually, is an open international competition that awards 100,000 USD to a talented early-career architect to support new forms of architectural research.

Now in its ninth cycle, the annual prize "is dedicated to fostering new forms of architectural research that is informed by cross-cultural engagement, and that shows potential to make a significant impact on architectural discourse."

The Harvard GSD's announcement said that "the 2021 Wheelwright Prize drew applicants from over 45 countries." A first-phase jury deliberation was conducted in early March; a winner will be selected by late April.

Scroll down to read about the four finalists and their proposals for the 2021 Wheelwright Prize:

Germane Barnes, through his research and design practice, investigates the connection between architecture and identity. Mining architecture’s social and political agency, he examines how the built environment influences black domesticity. He is Director of Studio Barnes in Miami and the former Designer-In-Residence for the Opa-locka Community Development Corporation, where he led a multi-site urban revitalization project. He is currently the Director of the Community Housing Identity Lab (CHIL) at the University of Miami School of Architecture. Learning from historical data and perspectives from within architecture as well as cultural and ethnic studies, CHIL posits that the built environment is manipulated by factors that extend far beyond conventional construction methods.

Barnes’s design and research contributions have been published and exhibited in several international institutions, including the Museum of Modern Art, Pin-Up Magazine, the Graham Foundation, The New York Times, Architect Magazine, DesignMIAMI/ Art Basel, the Swiss Institute, Metropolis Magazine, Curbed, and the National Museum of African American History, where he was identified as one of the future designers on the rise.

With “Anatomical Transformations in Classical Architecture,” Barnes observes that, while Blackness in America carries a particular connotation, there is a woeful absence of consideration as to how Roman and Italian architecture may be understood through the lens of non-white constructors. His research proposal aims to examine African diasporic contributions and legacies while creating new architectural possibilities that emerge within investigations of Blackness. Barnes proposes travel throughout Italy and Northern Africa to further his study of how spaces have been transformed through the material contributions of the African Diaspora.

Luis Berríos-Negrón: “Remediating the Specularium: a deposition of colonial memory that may contribute to the geological timescales of the Anthropocene (so to learn to live, again)”

Berríos-Negrón received a PhD in Art, Technology, and Design from the Royal Institute of Technology (KTH) and Konstfack University of the Arts in Sweden. His dissertation is titled Breathtaking Greenhouse Parastructures, published by Konstfack Collection (2020). He holds a Bachelor of Fine Art from Parsons New School, and a Master of Architecture from MIT. Berríos-Negrón lives and works between San Juan, Copenhagen, and Berlin.

With “Remediating the Specularium: a deposition of colonial memory that may contribute to the geological timescales of the Anthropocene (so to learn to live, again),” Berríos-Negrón asks: Is colonial memory the drive of global warming? In his PhD dissertation, Berríos-Negrón investigated this question through a critical deposition of the greenhouse technology from a Caribbean perspective. That approach was set to challenge and contribute to the scientific debate about the geological timelines and scales of the Anthropocene. For the Wheelwright Prize, Berríos-Negrón now looks to further that transhemispheric and decolonial contribution by making an intersectional repass of five medicinal gardens that he has worked with, on both sides of the Atlantic. Indirect and multi-perspectival methods are to be implemented, leading to comparative field work and reflexive documents. These will both inform, and be informed by, a process of careful, practice-based research interventions to take place in Puerto Rico. This iterative, complementary process is set to test the unfulfilled beginnings of—as well as more-than human divergences from—what Berríos-Negrón observes are the traumatic technics driving global warming and the messianic endings defining the current geological epoch.

Iulia Statica: “Home and Beyond: Women, Care and the Architecture of Migration”

Iulia Statica is an architect and currently a Marie Curie Research Fellow at The Bartlett School of Architecture, University College London. Her research interests focus on the relationship between gender and domesticity in the development and transformation of housing infrastructures and urban landscapes in Eastern Europe and Latin America. She is the co-founder with Tao DuFour of the Office for Architecture, Urban and Environmental Research, a research-design practice based in New York and London. Their work explores questions of space and political ecology, most recently in their proposal, Together at the Table: Văcărești Park as Intergenerational Commons, as finalists for the competition for the Romanian Pavilion at the 2020 Venice Architecture Biennale. She employs documentary film as an integral aspect of both research and practice; her latest documentary — My Socialist Home — is forthcoming in 2021.

Statica completed her PhD at the Department of Architecture at the University of Rome “La Sapienza” in 2016, and was awarded the Fellowship in Architecture at the Romanian Academy in Rome (2012-14). Between 2018 and 2019 she was a Visiting Scholar at the Mario Einaudi Center for International Studies, Latin American Studies Program, at Cornell University. She is the author of Urban Phantasmagorias: Domesticity, Production and the Politics of Modernity in Communist Bucharest (Routledge, forthcoming 2021).

With “Home and Beyond: Women, Care and the Architecture of Migration,” Statica takes as a point of departure the deficit of care in developing countries due to the feminization of migration, seeking to explore new and changing patterns of domesticity. In doing so, Statica plans to interrogate the architect’s role today as both designer and humanist able to engage approaches to domestic space in the context of this global dynamic of migration. In light of current decolonial efforts in the theory and practice of architecture, the proposed research would contribute to understanding contemporary shifting practices of migration from the Global South to the Global North and their impact on the transformation of domesticity both as an everyday practice and as an architectural typology.

Catty Dan Zhang is an Assistant Professor of Architecture at University of North Carolina at Charlotte. Her research and practice explore the design of active atmosphere at the convergence of digital media and architecture. Employing atmospheric and computational mediums, her work translates ordinary objects into performative and synergistic systems to visualize and to modulate ephemeral forms.

Zhang has practiced in the US and China. In 2020, she was selected as the winner of the inaugural Emerging Designer’s Exhibition Competition and had her solo exhibition entitled “The Moving Air” at the University of California at Berkeley, exploring a cultural-environmental paradigm of airflow as spatial agencies. Her work has been featured in group exhibitions at venues such as the London Design Festival, Carnegie Museum of Arts, A+D Museum, Harvard GSD, among other institutions, and has received recognitions in international design awards and competitions including the AN Best of Design Awards and A+D Design Awards.  Zhang was a finalist of the 2018 Wheelwright Prize. She earned a Bachelor of Architecture from Tsinghua University, a Master of Architecture with Honors from Washington University in St. Louis, and a Master in Design Studies, Technology concentration, from Harvard GSD, where she was the 2017 recipient of the Daniel L. Schodek Award for Technology and Sustainability.

With “Shared Air: Space, Automation and Humanity in Architectures of Meat Processing,” Zhang considers air as the spatial, sensorial, and psychological measure to offer an imaginary model unveiling the emergency and aftermath of the pandemic in meat processing plants across the global. Reflecting upon Sloterdijk’s criticism on fragmented atmosphere and individualized breathing spaces threatening social synthesis in contemporary architecture, the proposed research explores perceptions of shared atmosphere, making a case for humanity and automation. Through visual techniques and field studies, the investigation manifests current urgencies and contributes to the design culture as a critical lens through which we rethink infrastructural resiliency and longevity of technological adaptation.