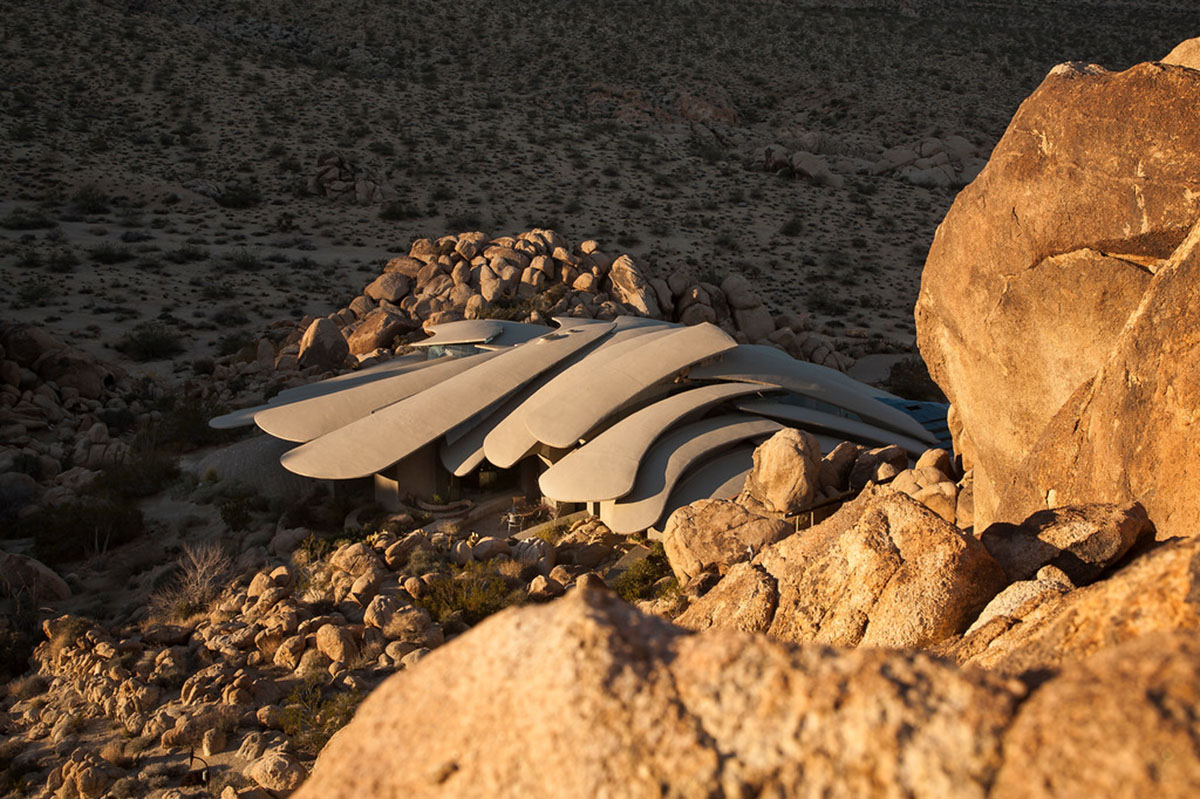 The Joshua Tree House can be expressed as exactly part of the landscape with its mesmerizing rugged shell and unusual interior layout in Joshua Tree desert of California.

Conceived as "a real piece of art" in a rocky terrain of Joshua Tree, the house was designed by American architect Kendrick Bangs Kellogg, who is known with his organic forms and distinctive architecture. He is also known disciple of Frank Lloyd Wright. 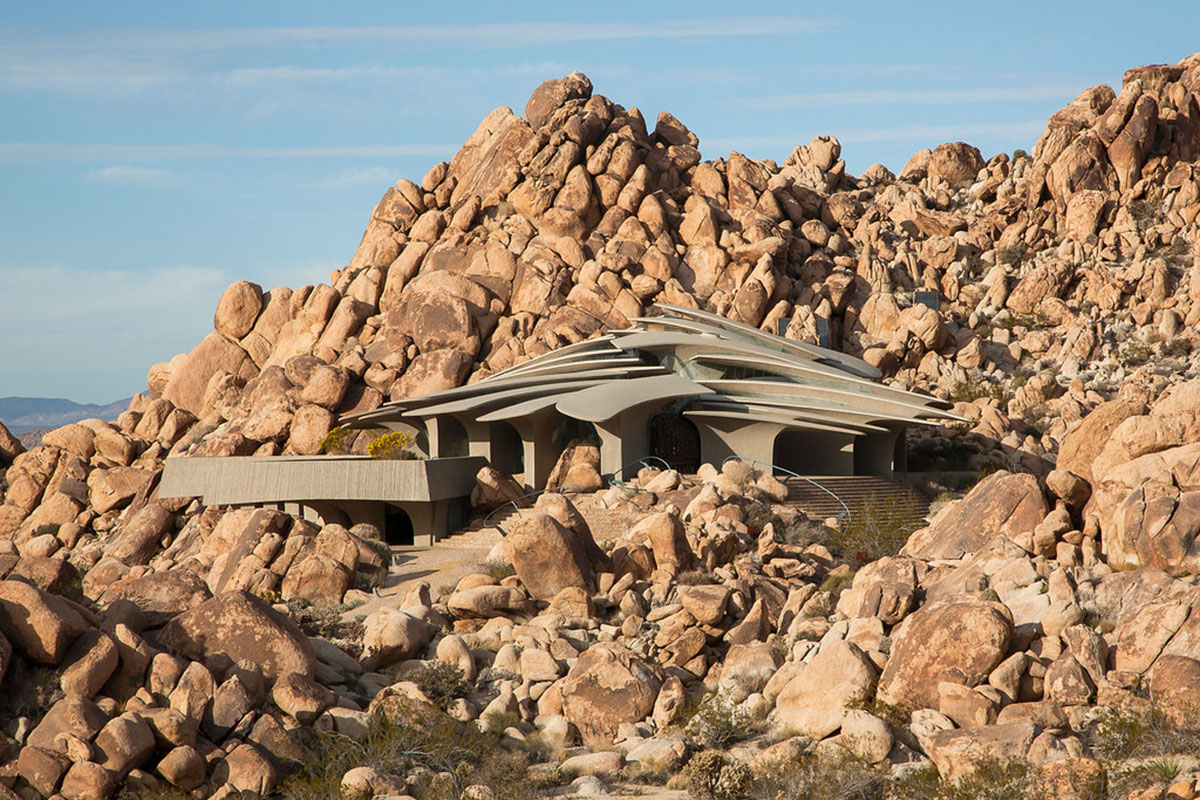 Designed in 1988, the enigmatic Joshua Tree House was completed in 1993. The architect designed the house for a couple, artist Bev Doolittle and her husband Jay Doolittle, and the couple decided to sell the house for $3 million in 2014. According to Organic Modern Estate, the house was sold to someone and the name was not announced on the website. 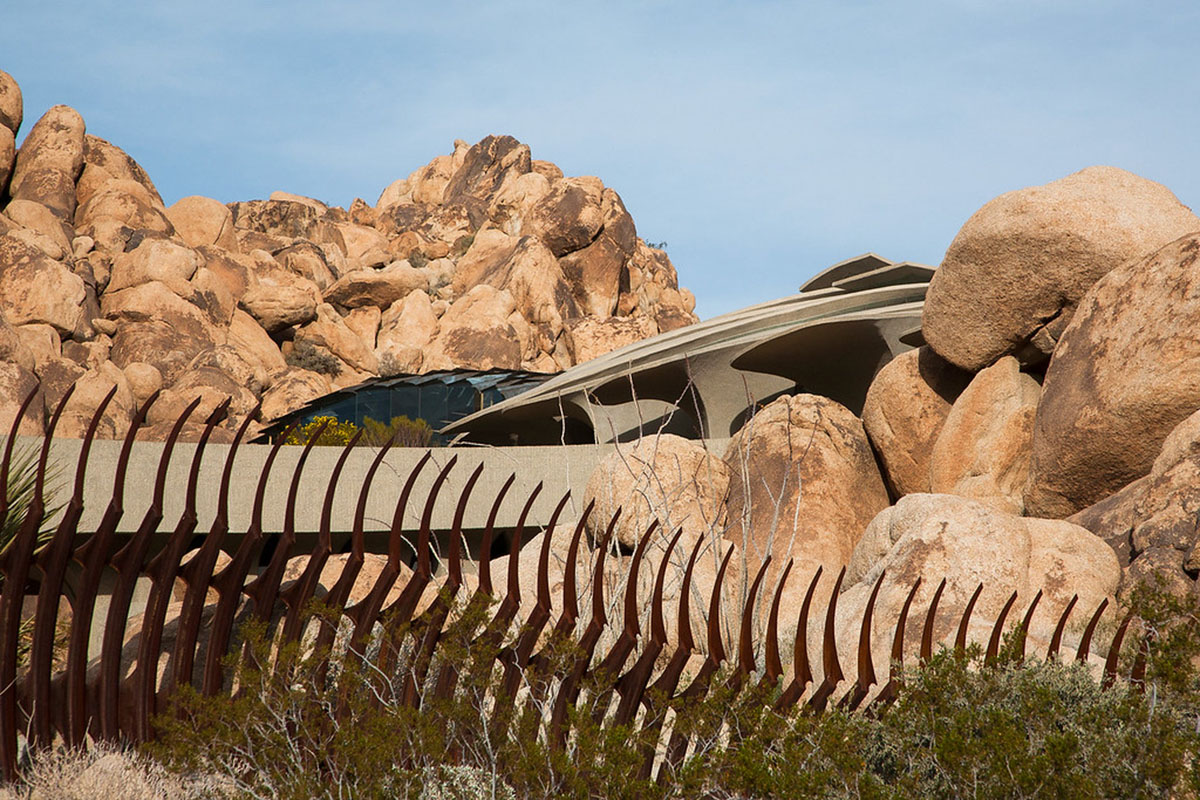 The house's unusual appearance makes it unique, as it is conceived as the "real landscape itself" with its feminine and organic form. Situated 10-acre site, the house, occupying a 4,643 square foot space, includes 3 bedrooms, 3.5 bathrooms, a kitchen and a dining room, are all completely designed in organic interior layout integrated with rock formations by designer John Vugrin. 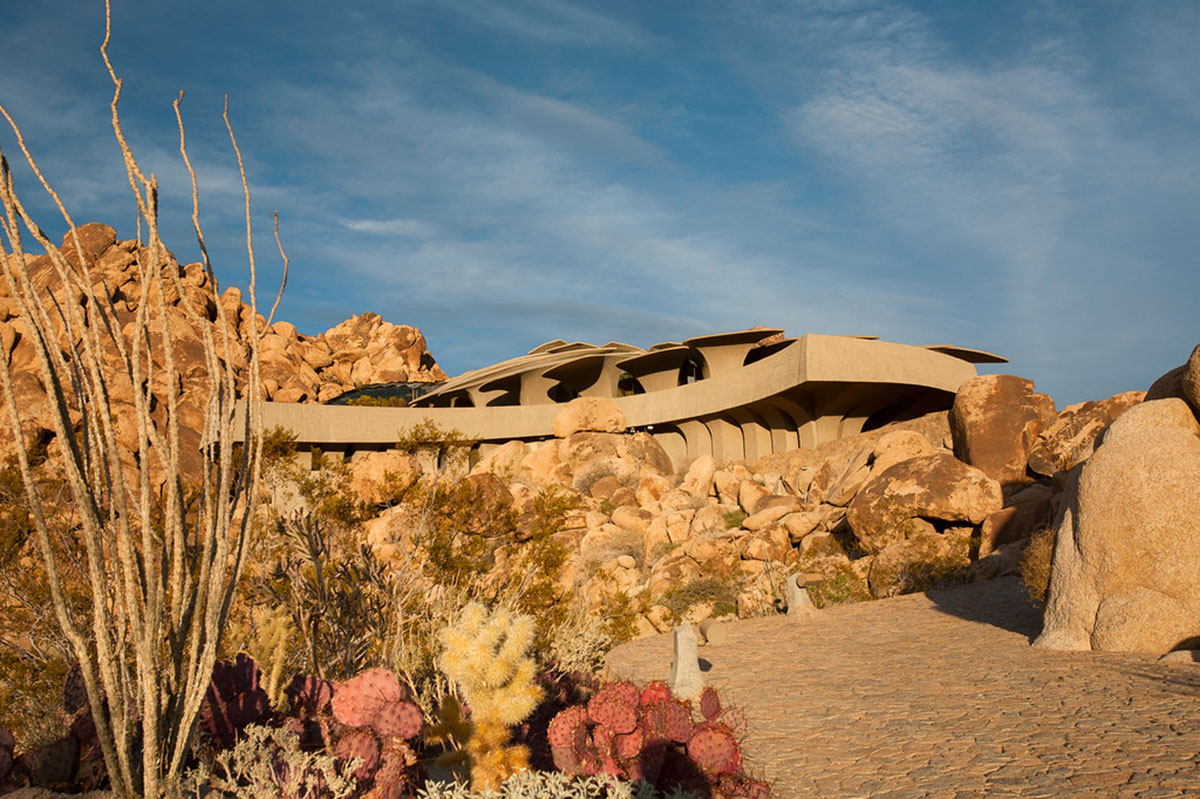 This extraordinary desert house is made up of 26 enormous cantilevered concrete columns embedded 7 feet (2,13 meters)  into the bedrock. Both exterior and interior spaces stand as sculptural elements nestled in a rocky desert of Joshua Tree. 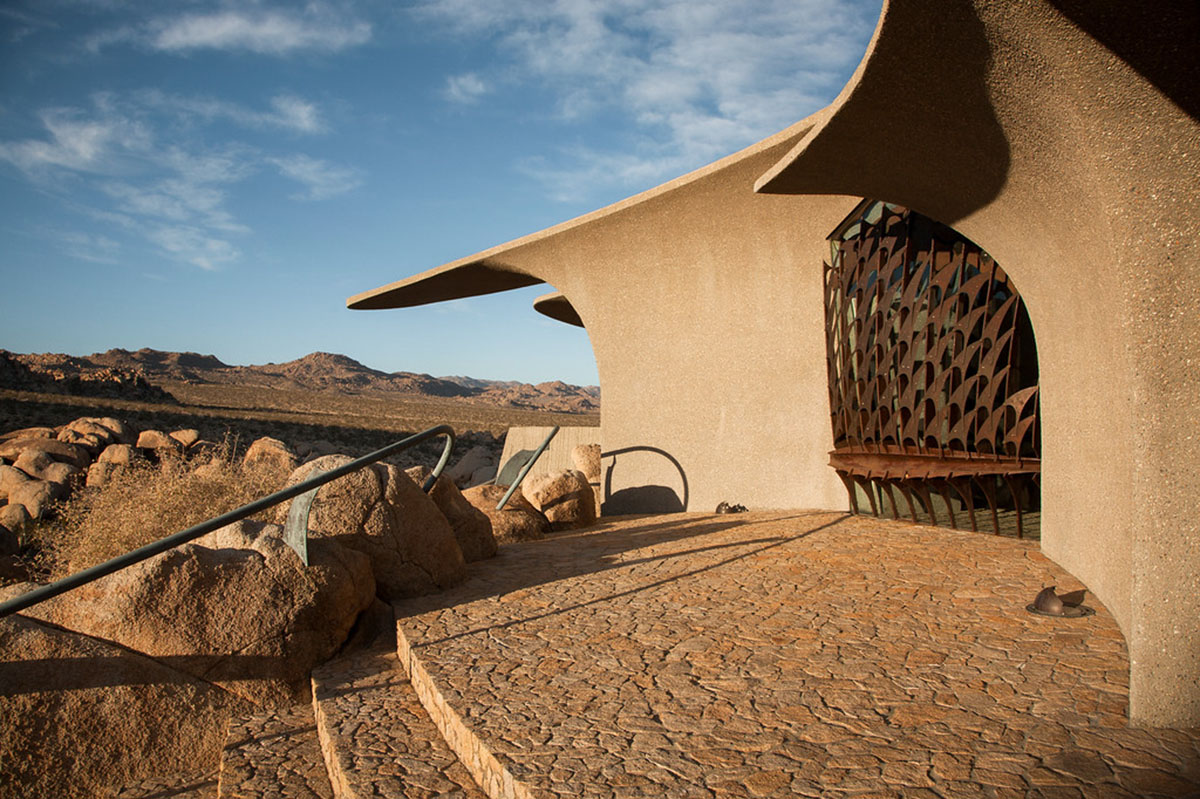 Its texture provides the touch and feel of the desert as its materials were meticulously selected from the desert. There is no particular thing for the architect to design the house, indeed. The rocky landscape was enough to provoke his inspiration. 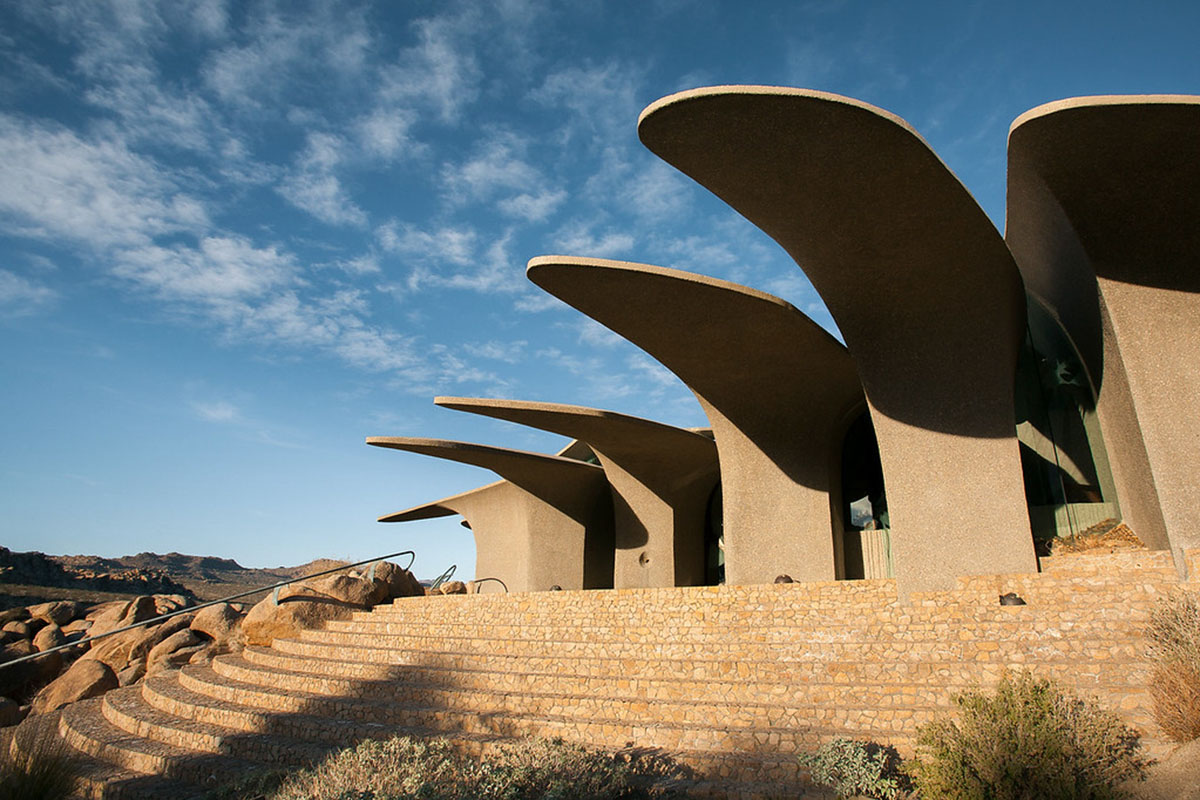 But, according to an article by New York Times in 2015, it took more than three months for the architect simply to decide how to place the house, as the Doolittle family didn’t want to disturb the natural setting with demolition. They used a 3D topographic model showing every rock, the family took aerial photos with a plane they hired to survey the site. 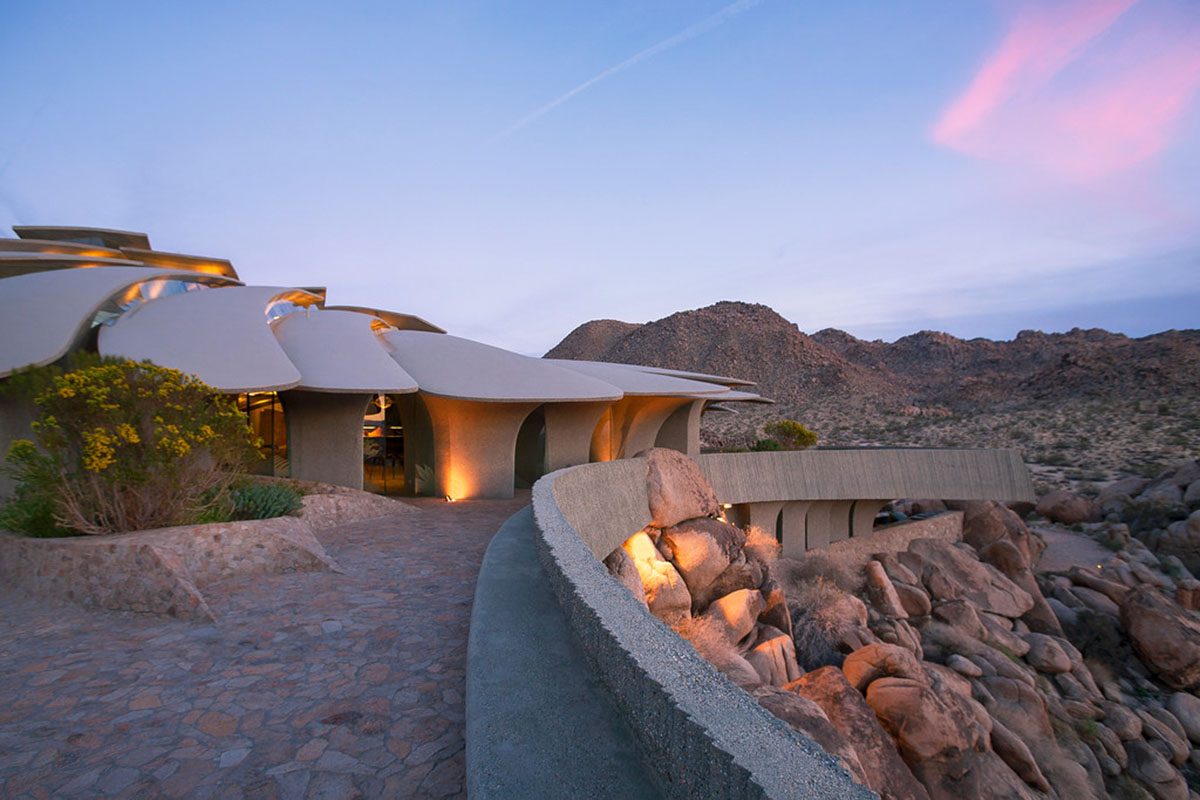 "The idea was that the house would be settled in the landscape, like it was crouching on the rocks, maybe like an animal asleep," said Kellogg regarding his design.

"The High Desert House was born, as most great buildings are, from aesthetic fearlessness, which the Doolittles had in excess," Kellogg added. 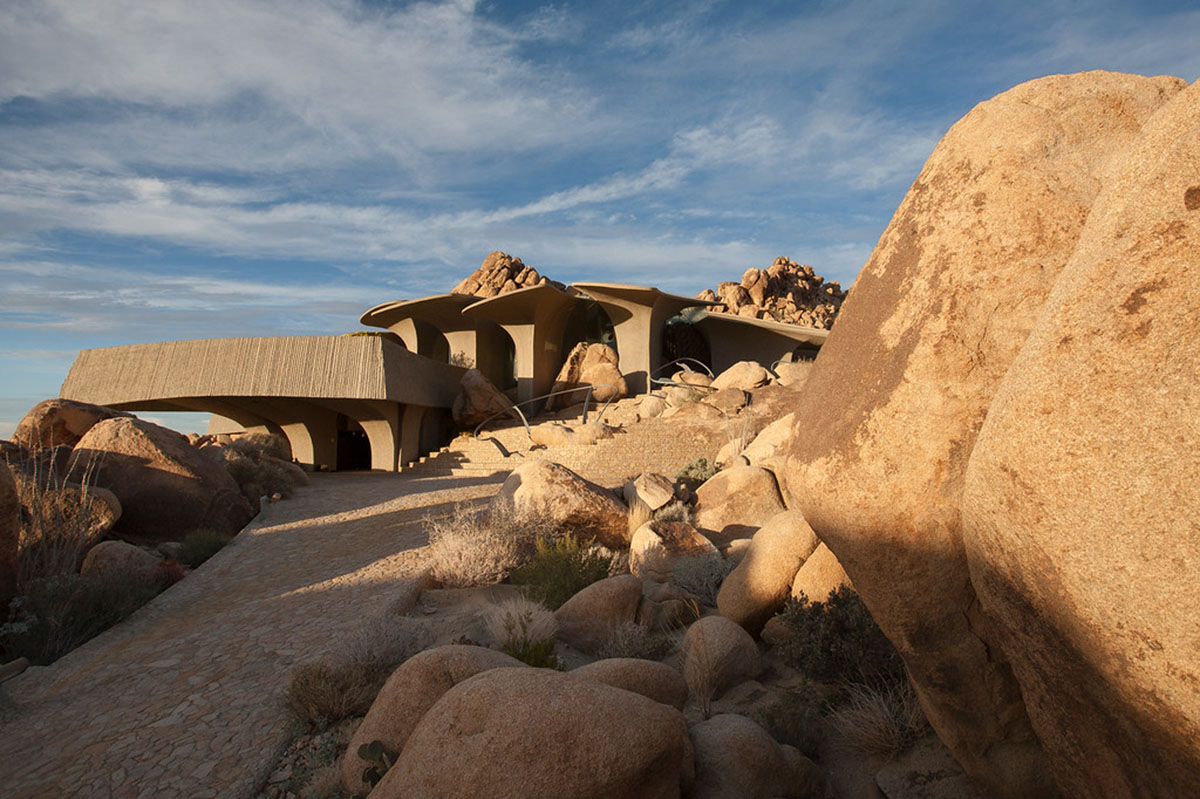 The house's interior design was also designed with organic shapes, flowing and wrapping gently around its inhabitants. Proposing a warm and intimate spaces, the interior is harmonized with rock formations, bringing the nature into the space. 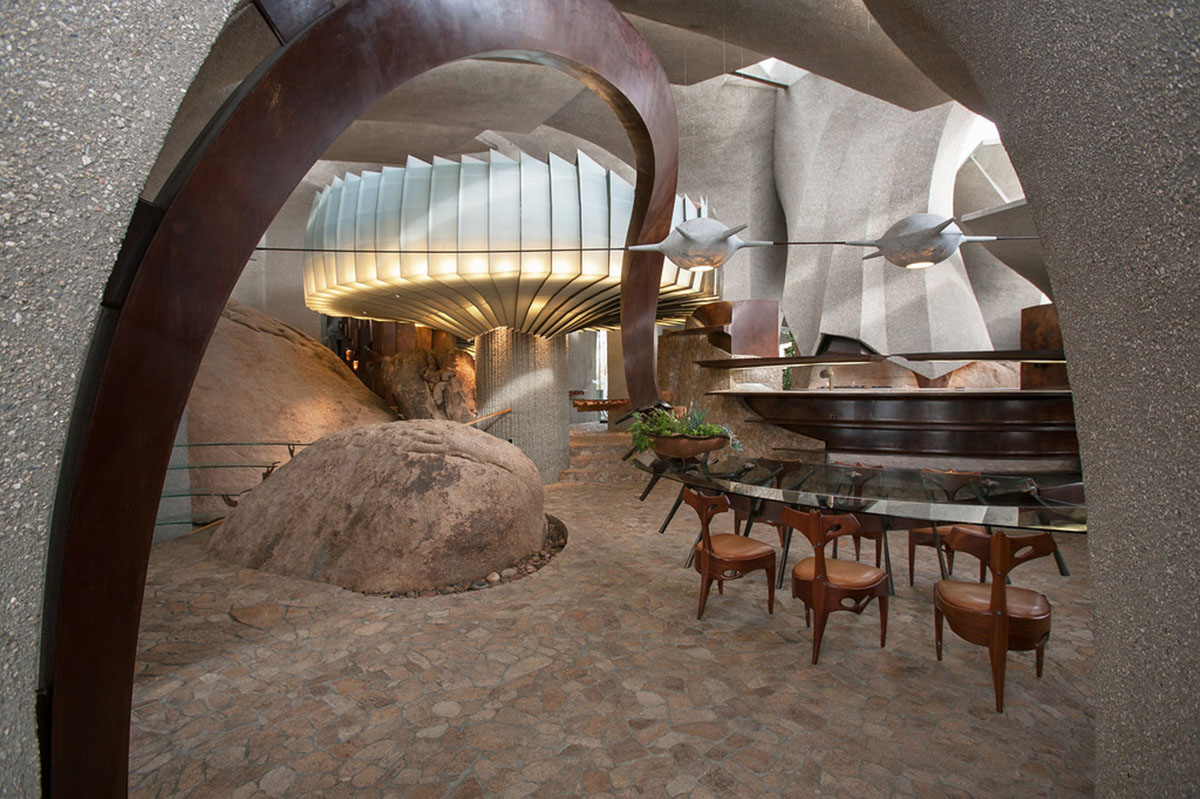 John Vugrin paid attention to every aspect of the details of the house, from furniture and fittings including a jaw-dropping spiraling table, to sculptural taps to spacecraft-like lamps.

"It is a phenomenal showcase of the unassuming craftsman’s rare talent with just about any material, from marble to bronze via semi-precious stones – to even plumbing," stated in Arkitexture regarding the house. 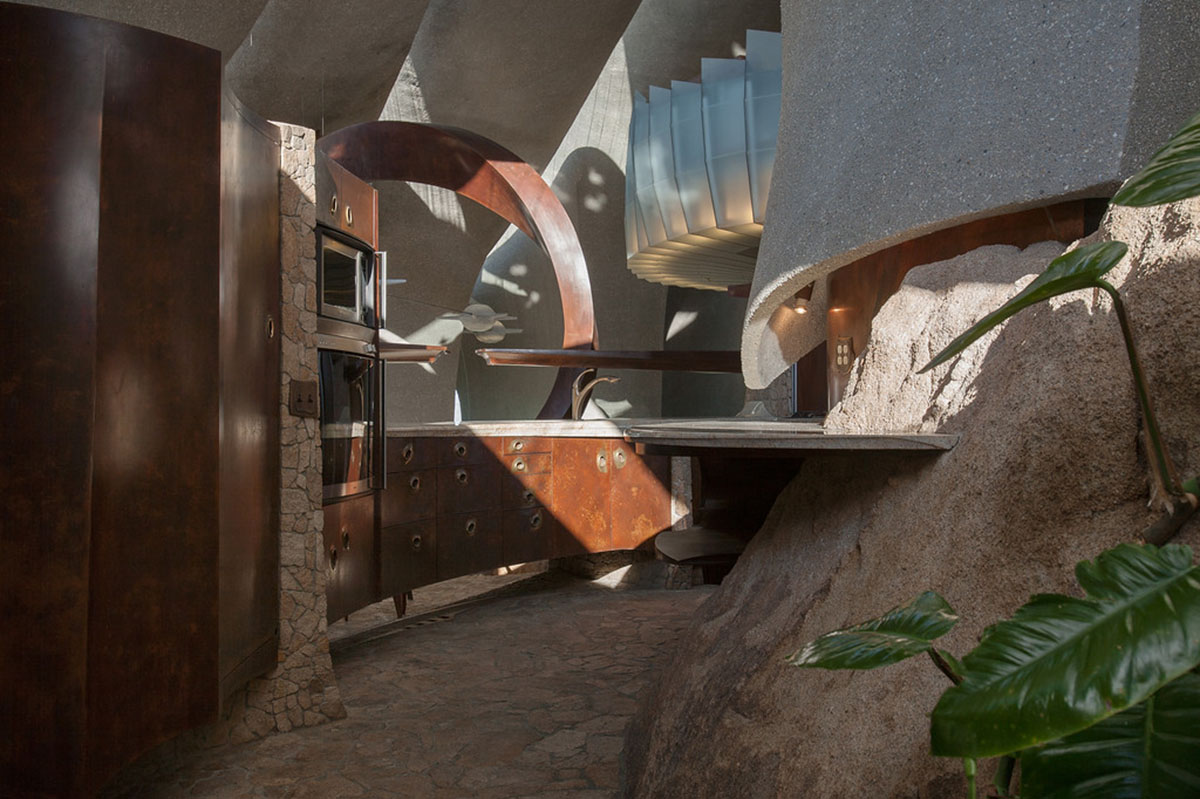 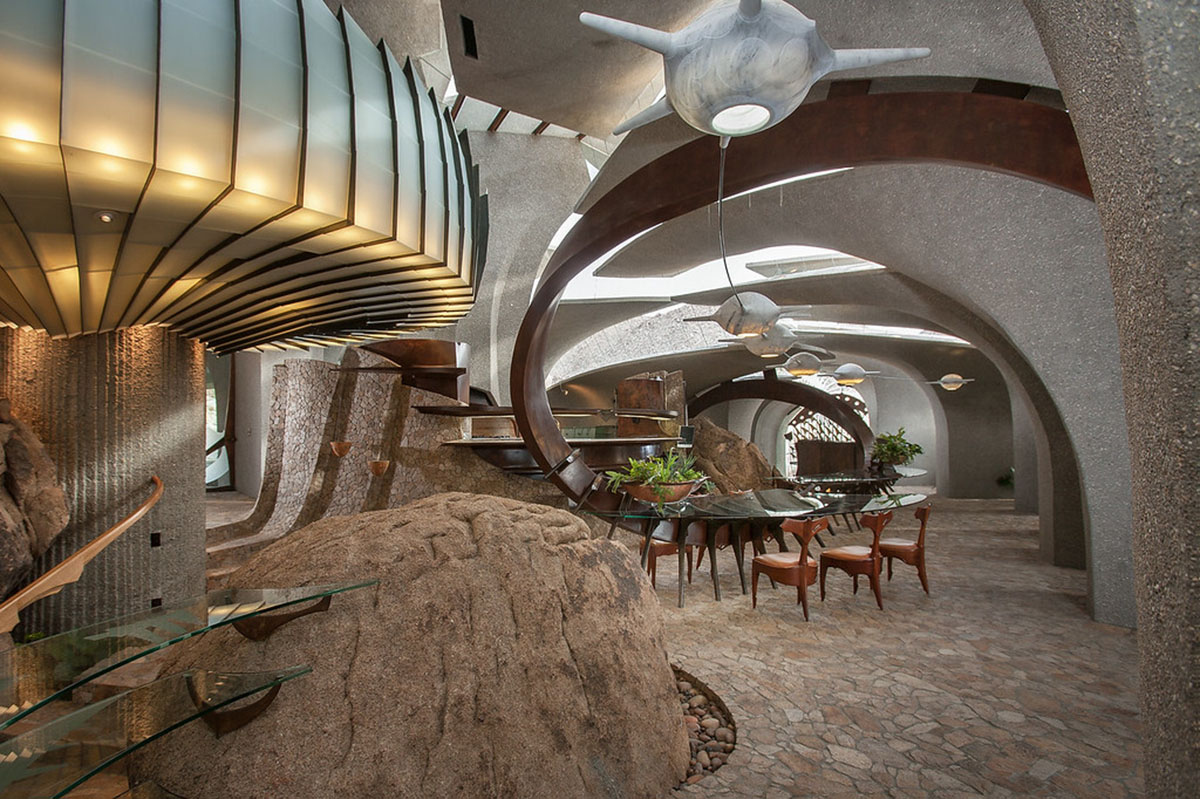 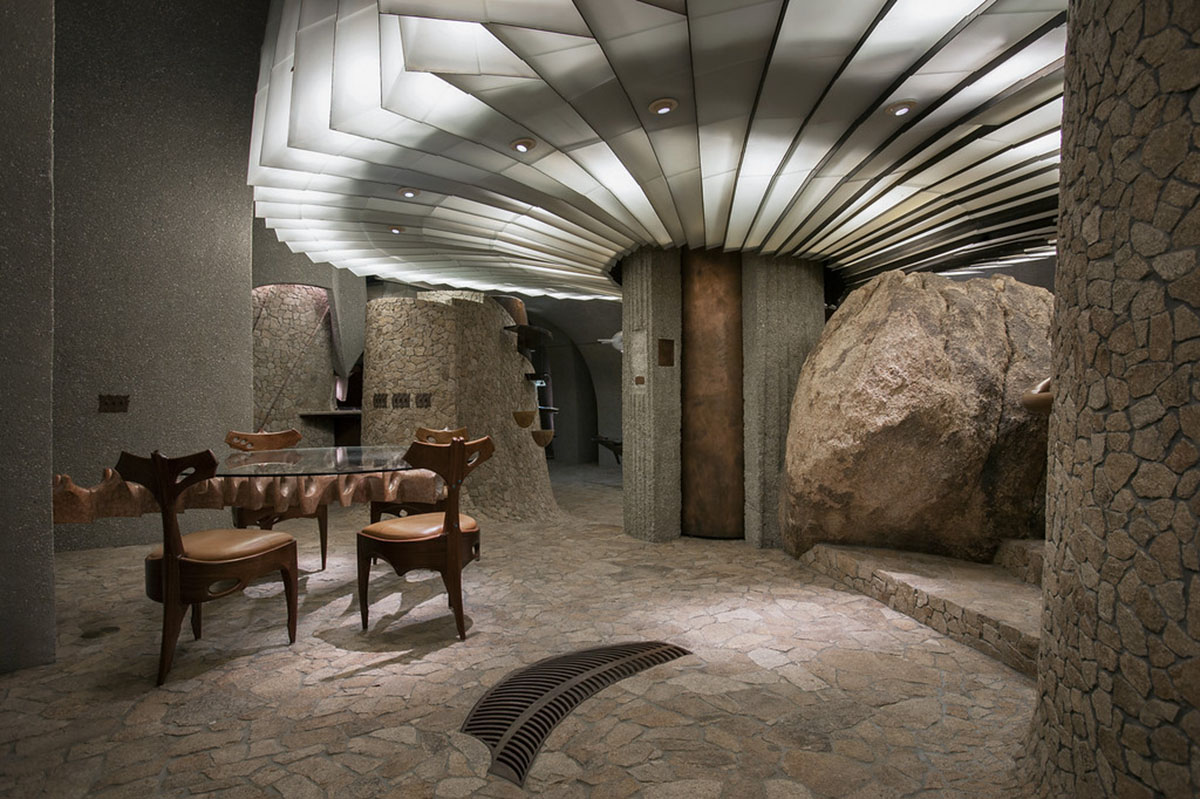 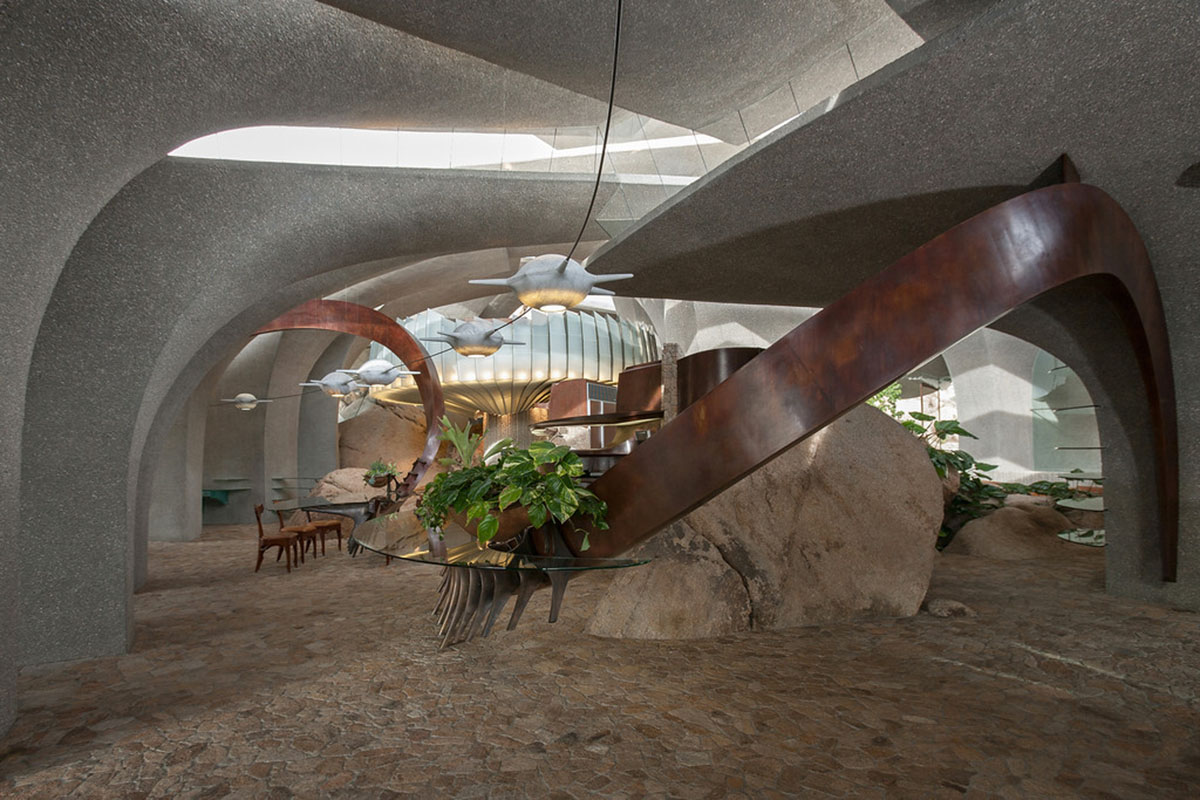 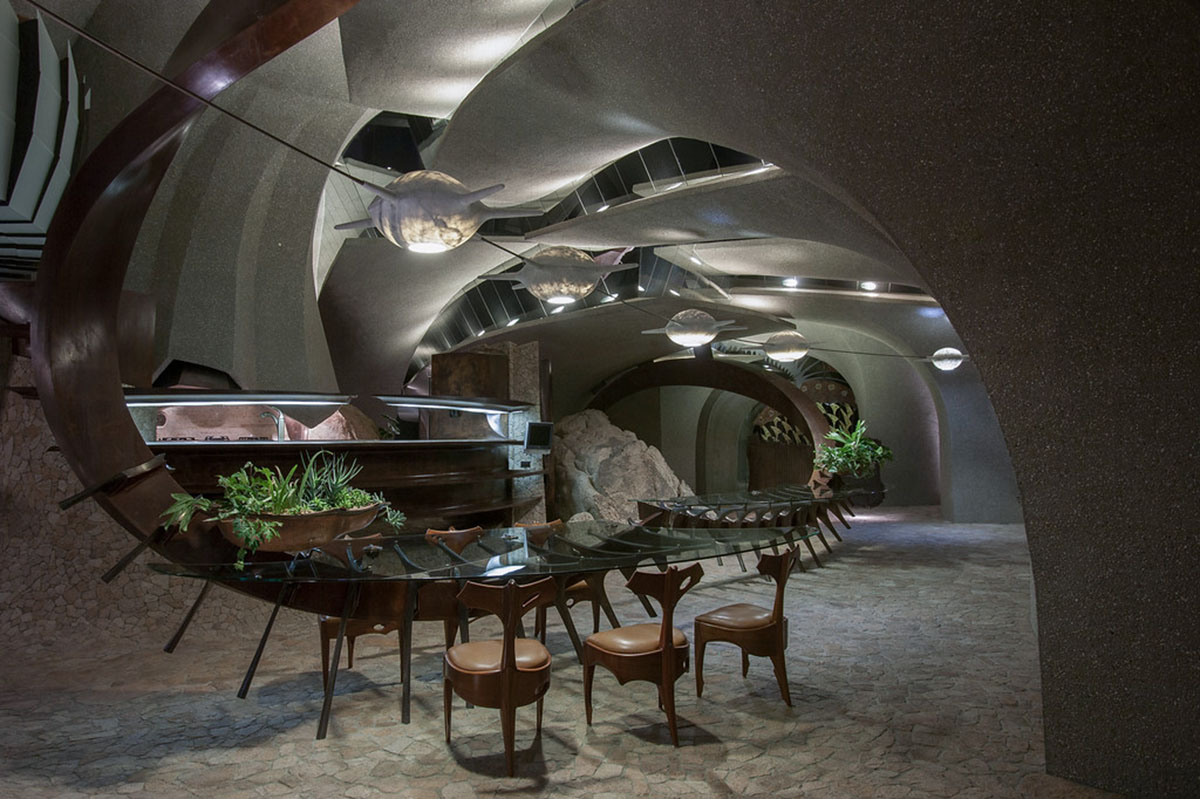 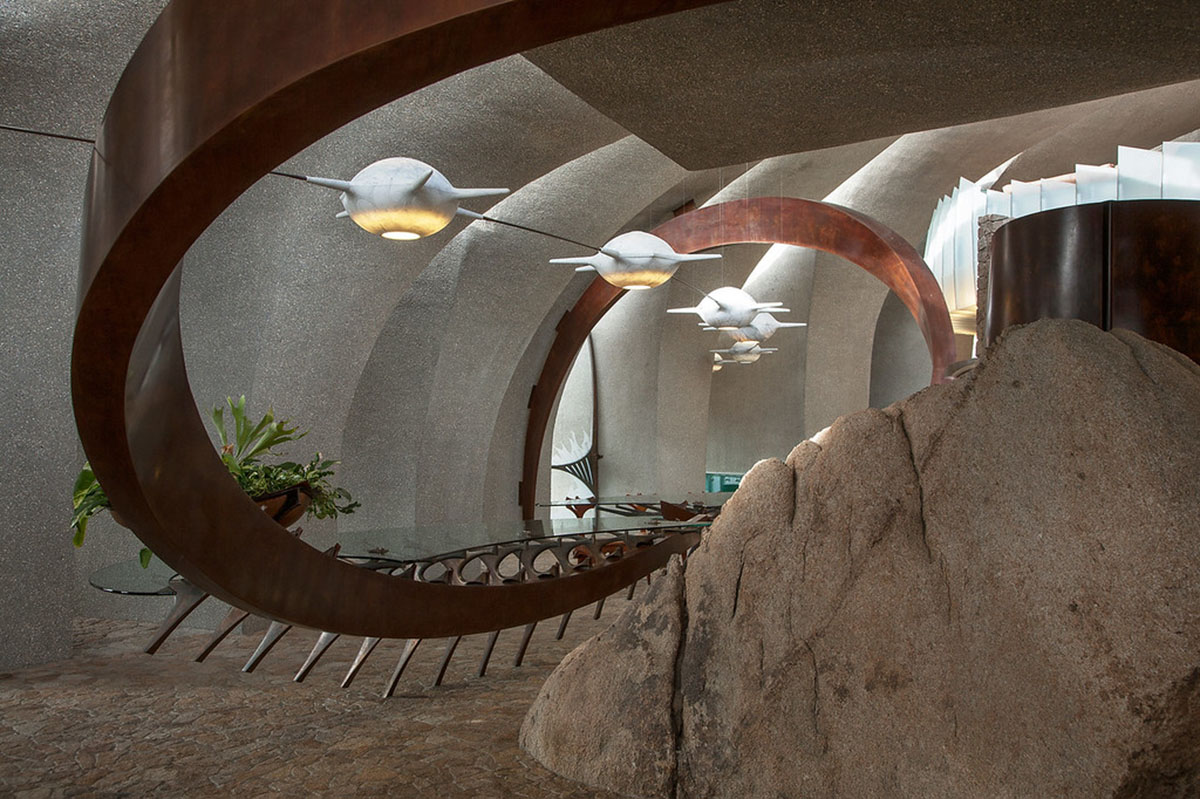 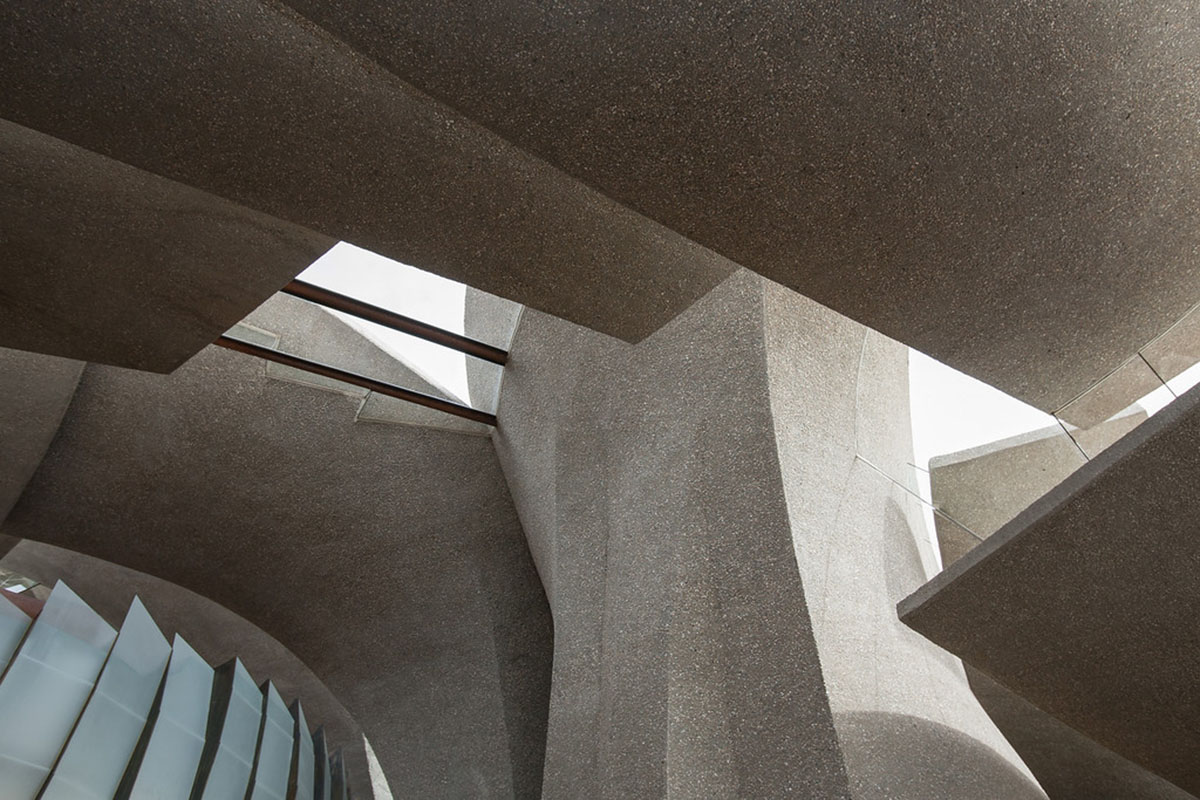 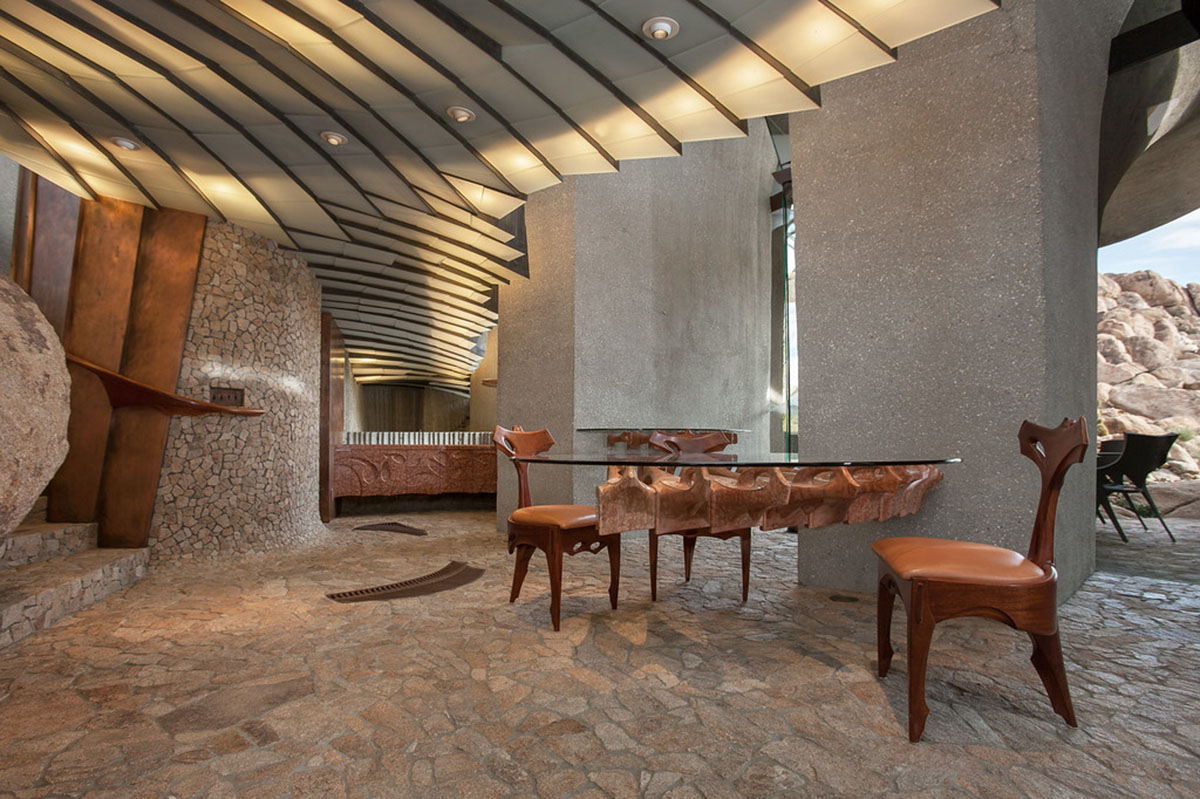 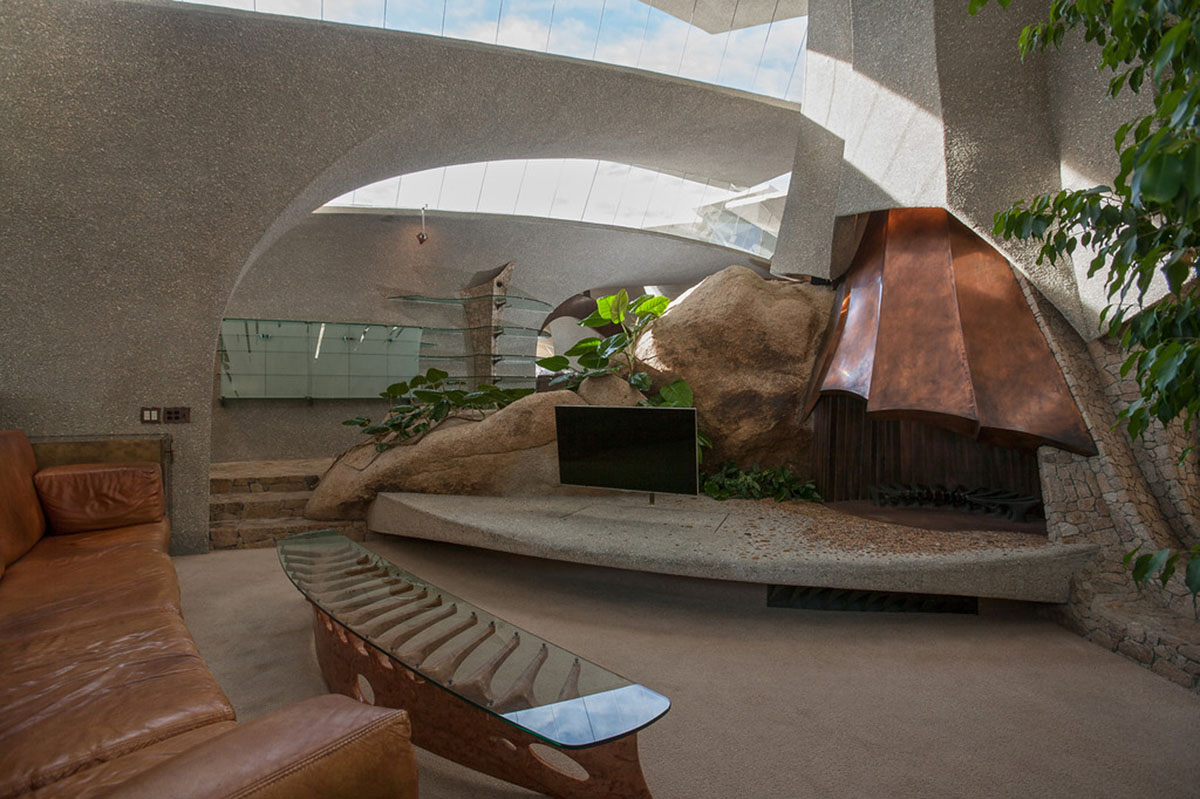 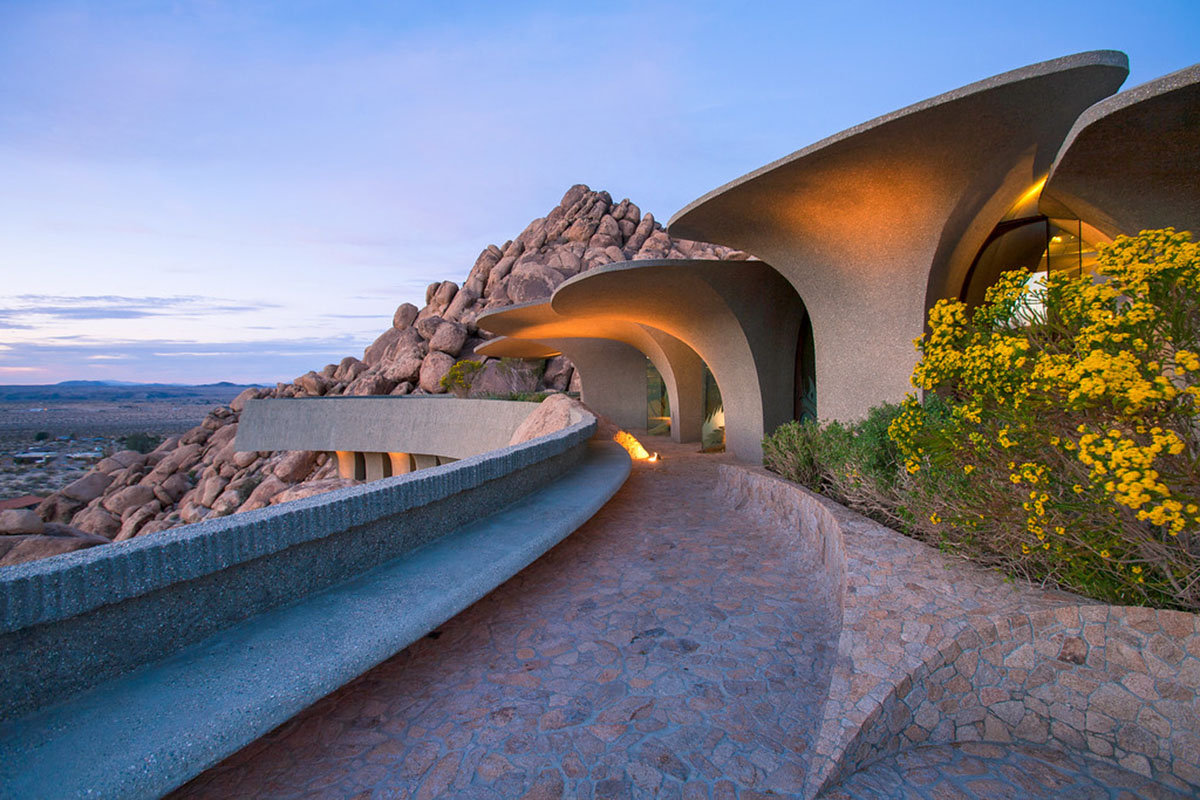 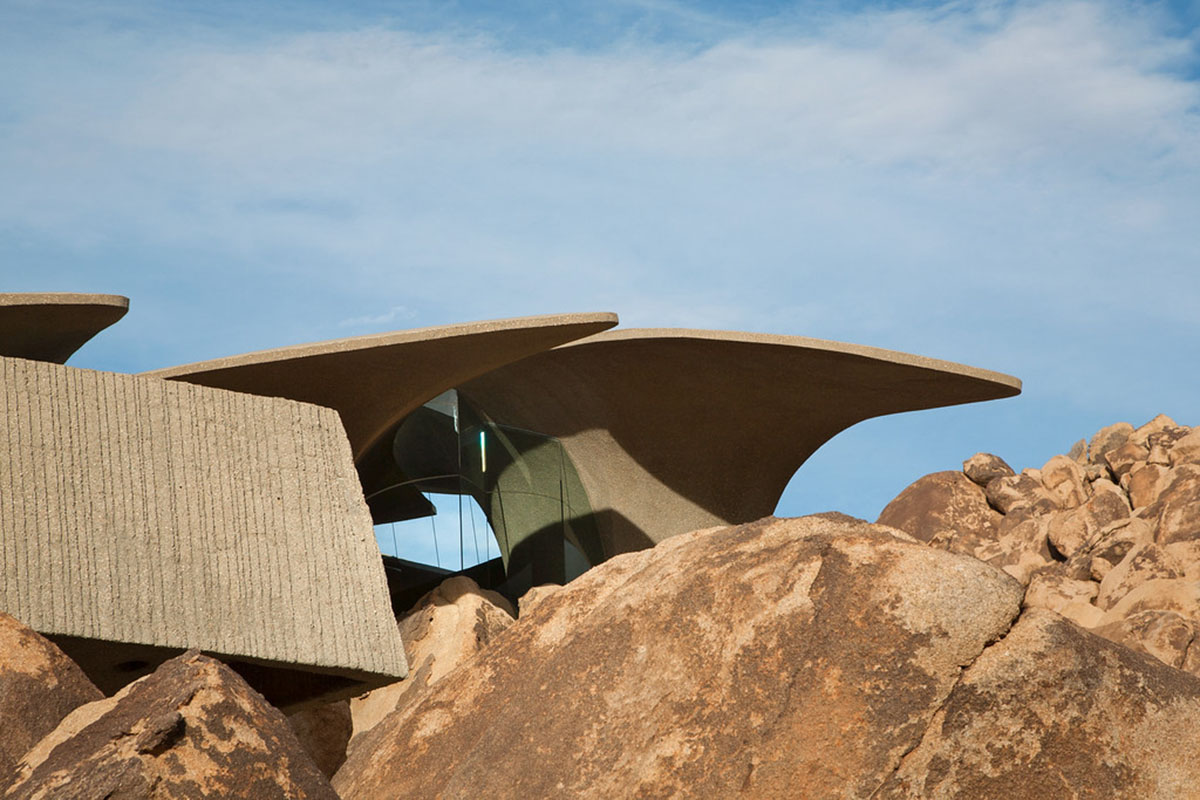 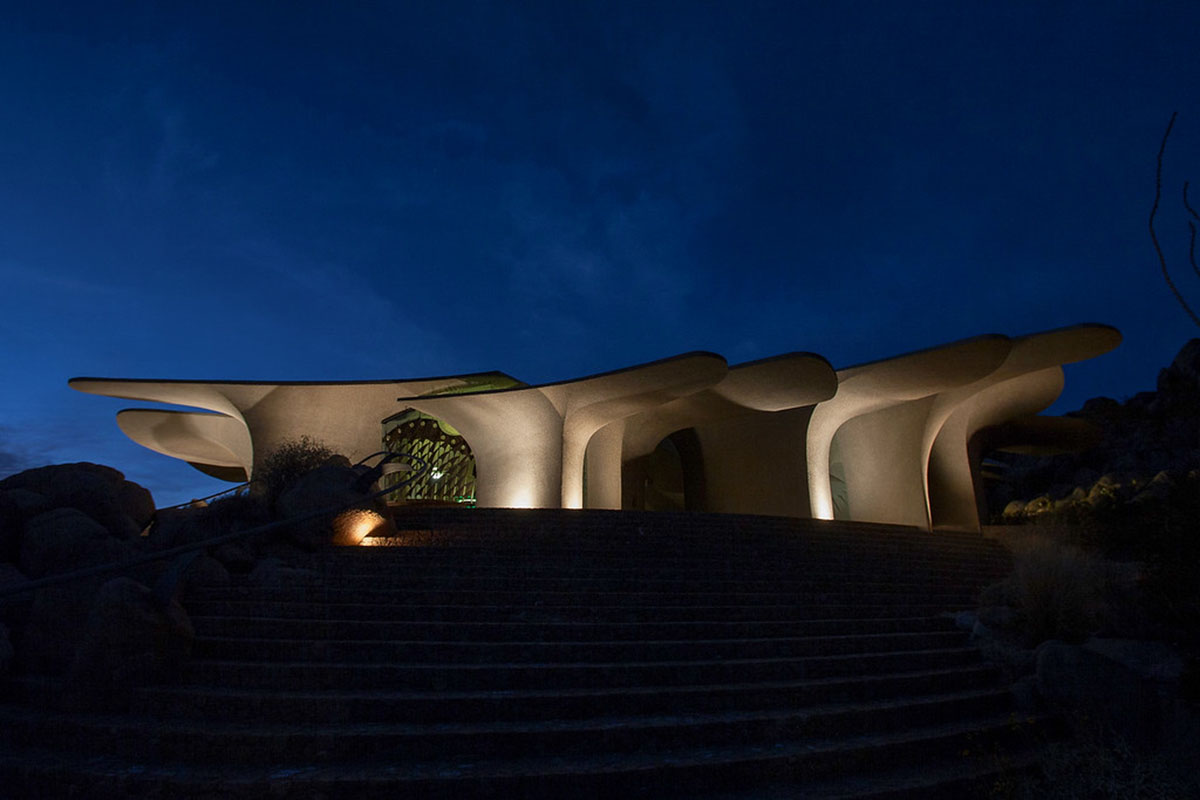