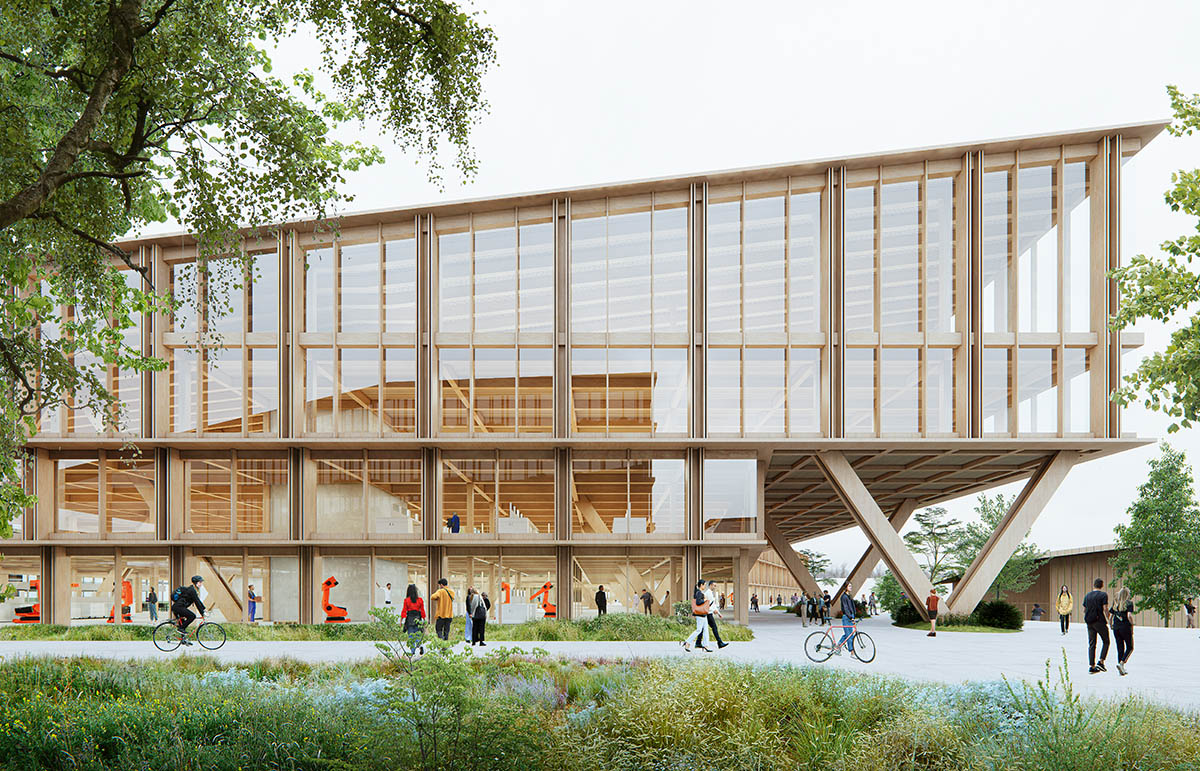 3XN/GXN and Swiss architecture practice IB have won an international competition to design a new innovation campus for EPFL, one of the world’s leading public research institutions in Switzerland.

EPFL has had a dedicated space for innovation – the EPFL Innovation Park (EIP) – since 1991.

"As the successful EIP turns 30, the demand for strategic research partnerships have increased, bringing with it an opportunity to rethink what innovation looks like at EPFL," explained 3XN in a press statement.

As part of part of a strategic masterplan, the EPFL Innovation Park (EIP) has selected 3XN and IB to design its new innovation campus, named Ecotope. 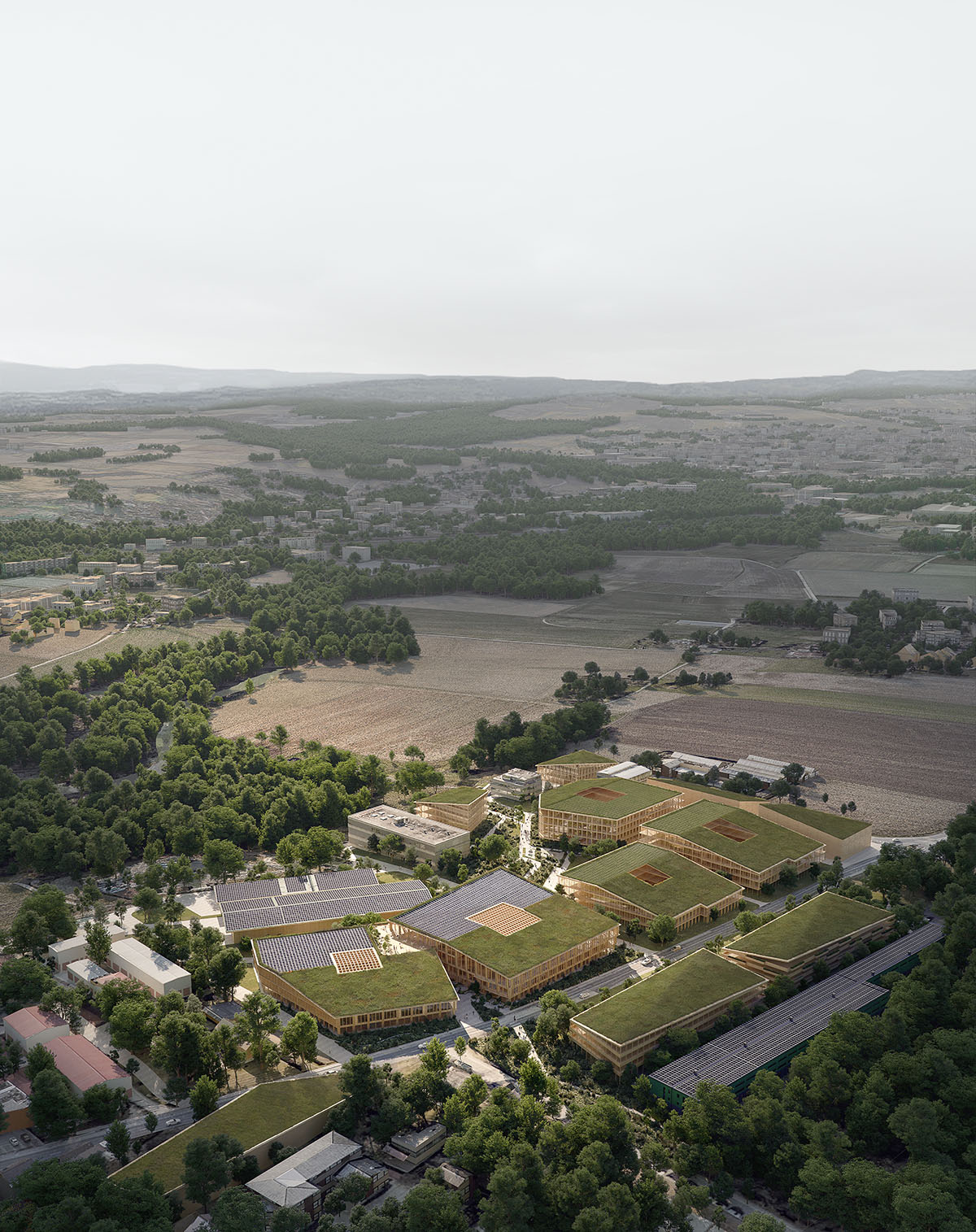 The 250,000-square-metre Ecotope campus will expand the university's existing Science Park and Innovation Square to a new site west of the main EPFL campus.

Set to be located to the west of the university’s main campus, the new campus is aimed to be a vibrant and innovative marketplace for ideas.

Described as "an evolution of the innovation park", the new campus will create an "ecosystem in which policymakers, researchers, investors, executives, students, and citizens can come together for open dialogue or debate.” 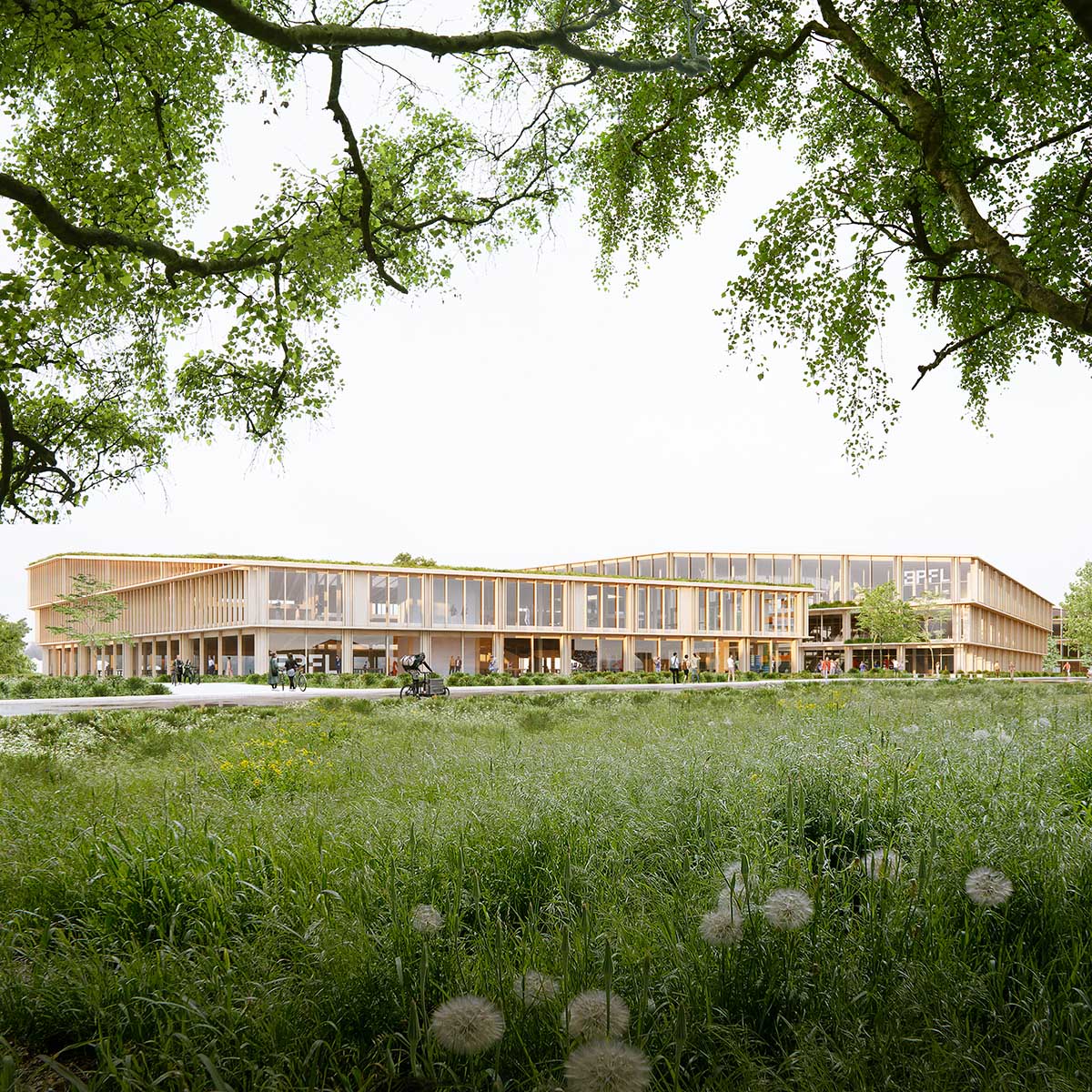 As understood from renderings, the campus is comprised of multiple buildings in which their heights can reach up to three levels maximum. All buildings are planned to be made of timber, and with green roofs.

"Our design takes on the challenge posed by the EPFL Innovation Park to create a place that will have a positive impact on society for years to come," explained Jan Ammundsen, 3XN Senior Partner-in-Charge.

"Ecotope will be a campus that facilitates and generates disruptive innovative solutions by being the interface between EPFL and society at large," Ammundsen added. 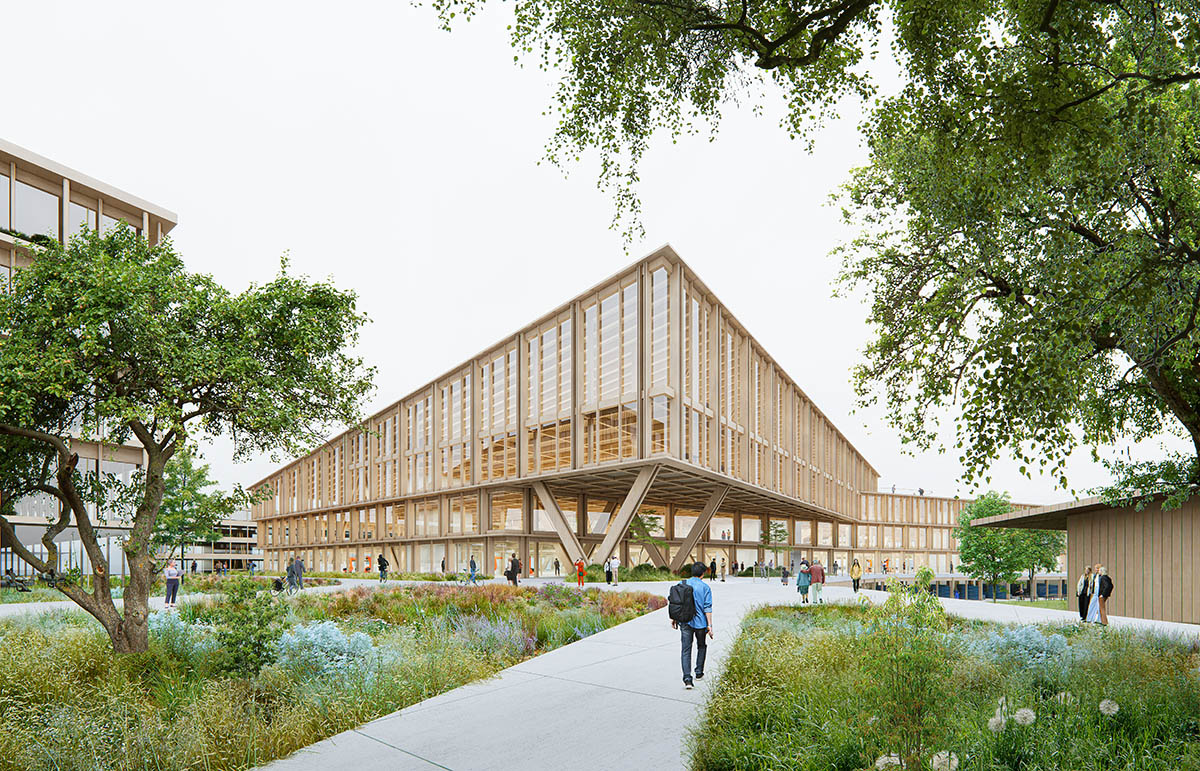 "It’s not just about adding surface area,” commented Ursula Oesterle, Vice President for Innovation and driver of the Ecotope initiative in a press release issued by EPFL.

"Today, businesses interested in innovation – whether startups or established companies – need a place where they can meet on a daily basis to share ideas. That’s the kind of vibrant, stimulating environment we intend to create with Ecotope," Oesterle added. 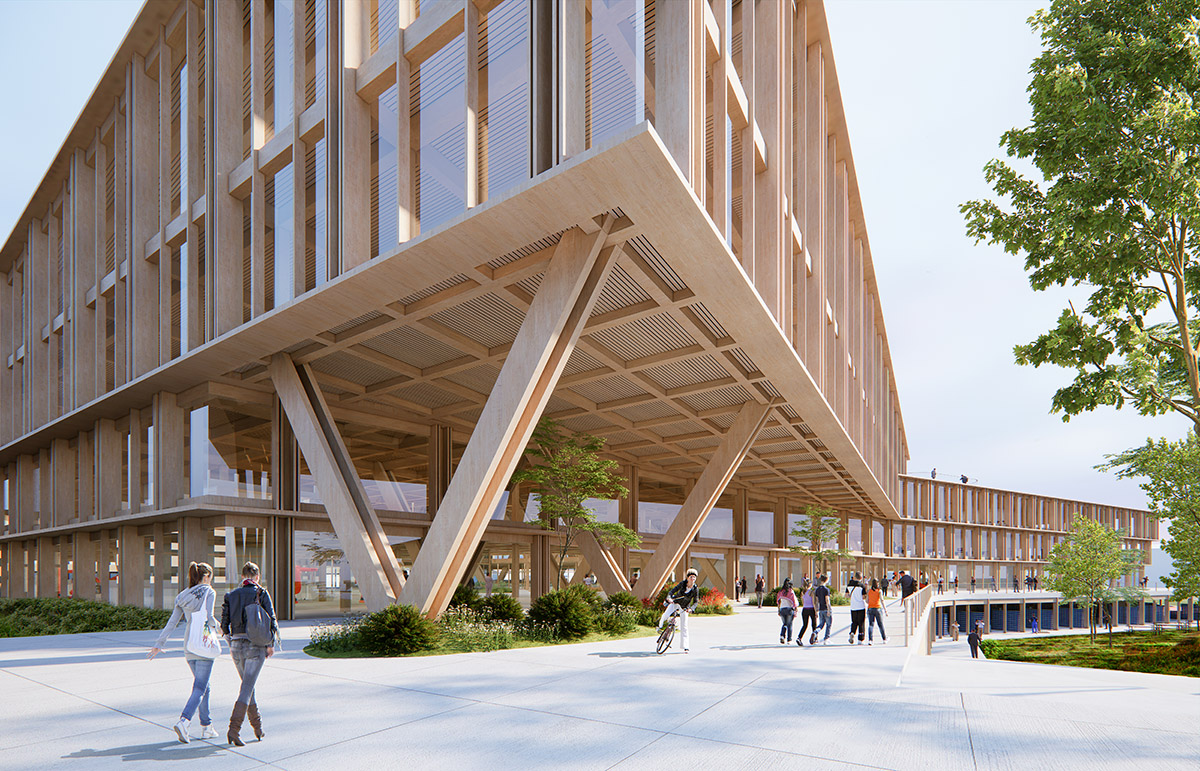 The concept for the Ecotope campus not only brings together leaders in business, science, and technology, but also puts a high priority on access to green spaces and biophilic principles.

The team designs a green pedestrian route connecting Ecotope to the EIP and other zones of the EPFL campus and brings nature into the heart of the site, while extending it outwards toward the main pedestrian axis connecting the two. 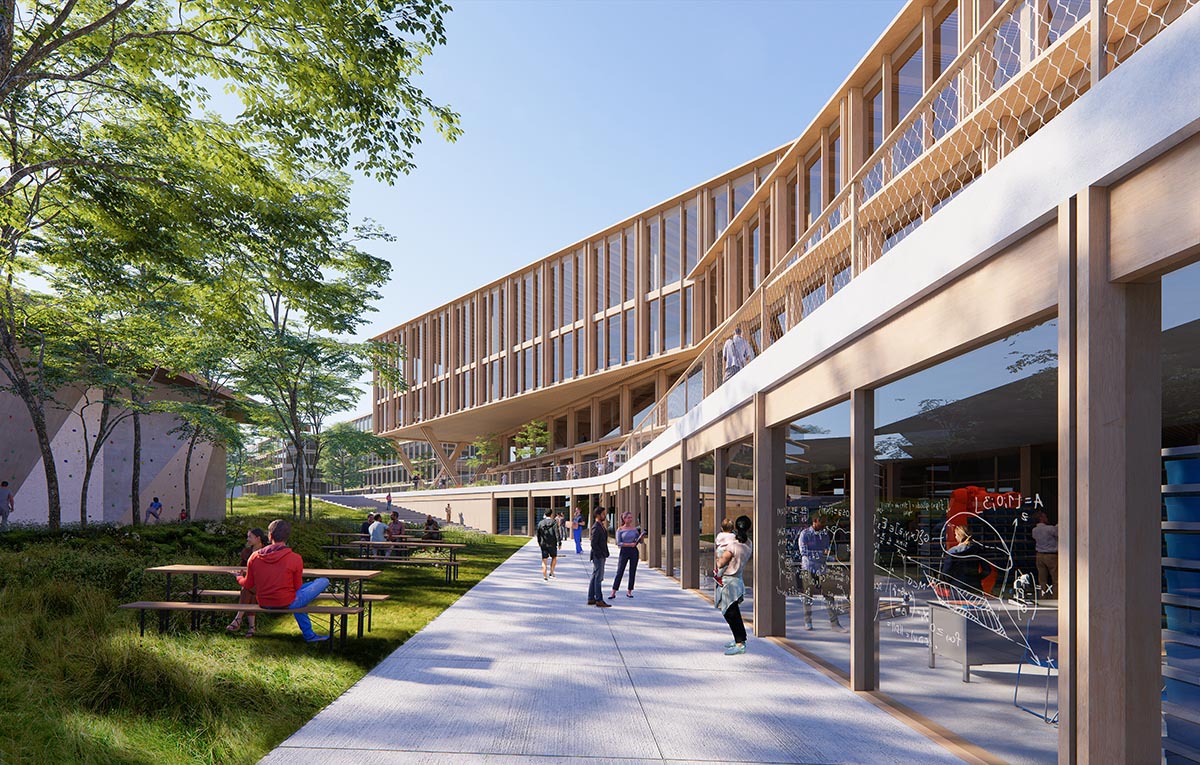 "Both the design of the masterplan and its main building are developed around six key principles –biophilia, serendipity, modularity, sustainability, strong identity, and comfort; these are inextricably linked to ensure the flexibility that will serve changing needs in the future" added Ammundsen. 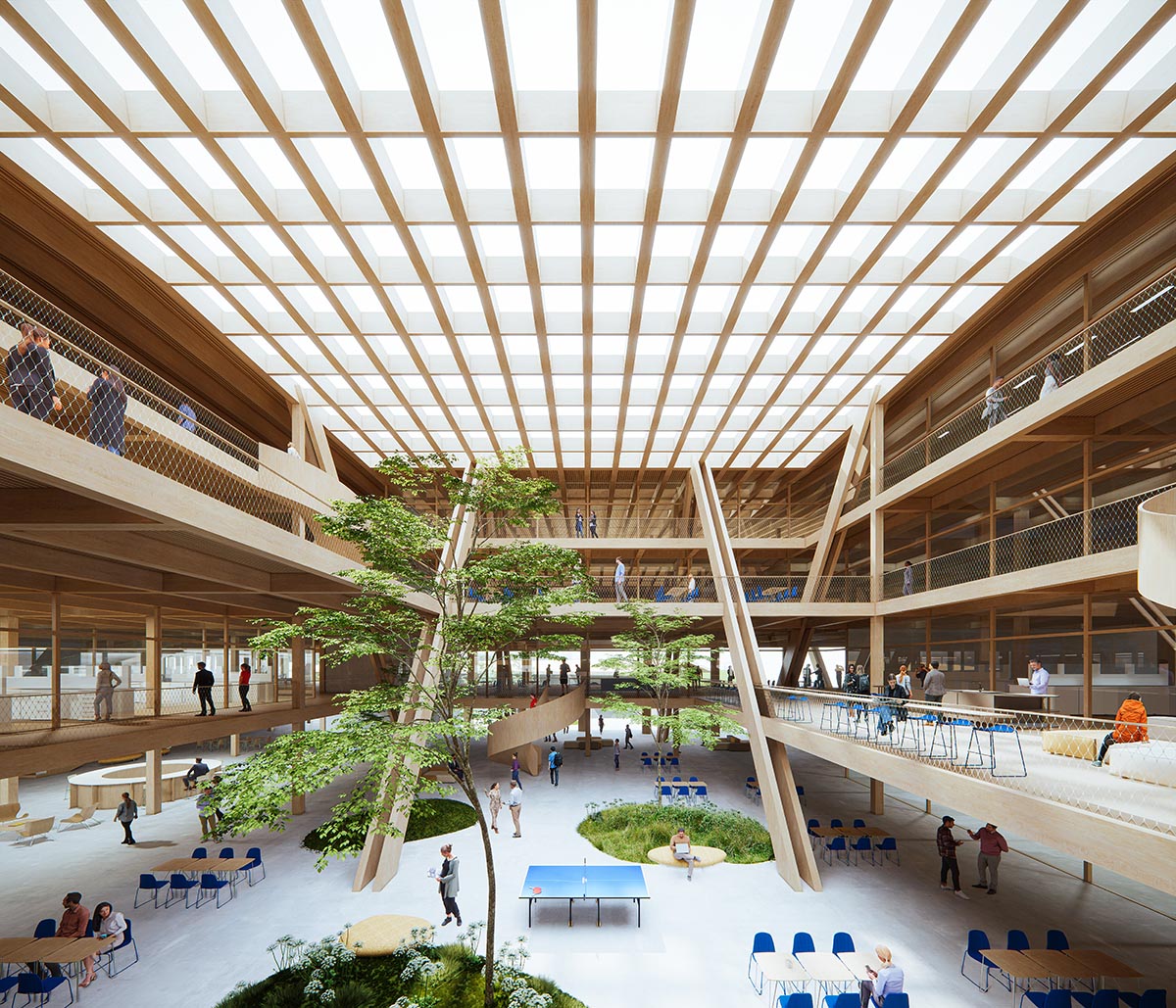 Labs and offices surround the building’s perimeter, punctuated by twin atria which, like the social spaces scattered across the Ecotope campus, will become hubs for innovation and collaboration.

"After the Covid-19 crisis, Ecotope poses the challenge of rethinking workspaces through a resilient architecture. It is about blurring thresholds between scales, spaces, and uses, and seeking transformative technical solutions to minimize the impact of the building itself," said Sabrina Bédu, IB project manager.

"Among them, the choice of a compact and modular architecture or the preference for recycled/recyclable/reusable "RE" materials expresses the ambition to achieve an eco-system with a high degree of sustainability and circularity," Bédu added. 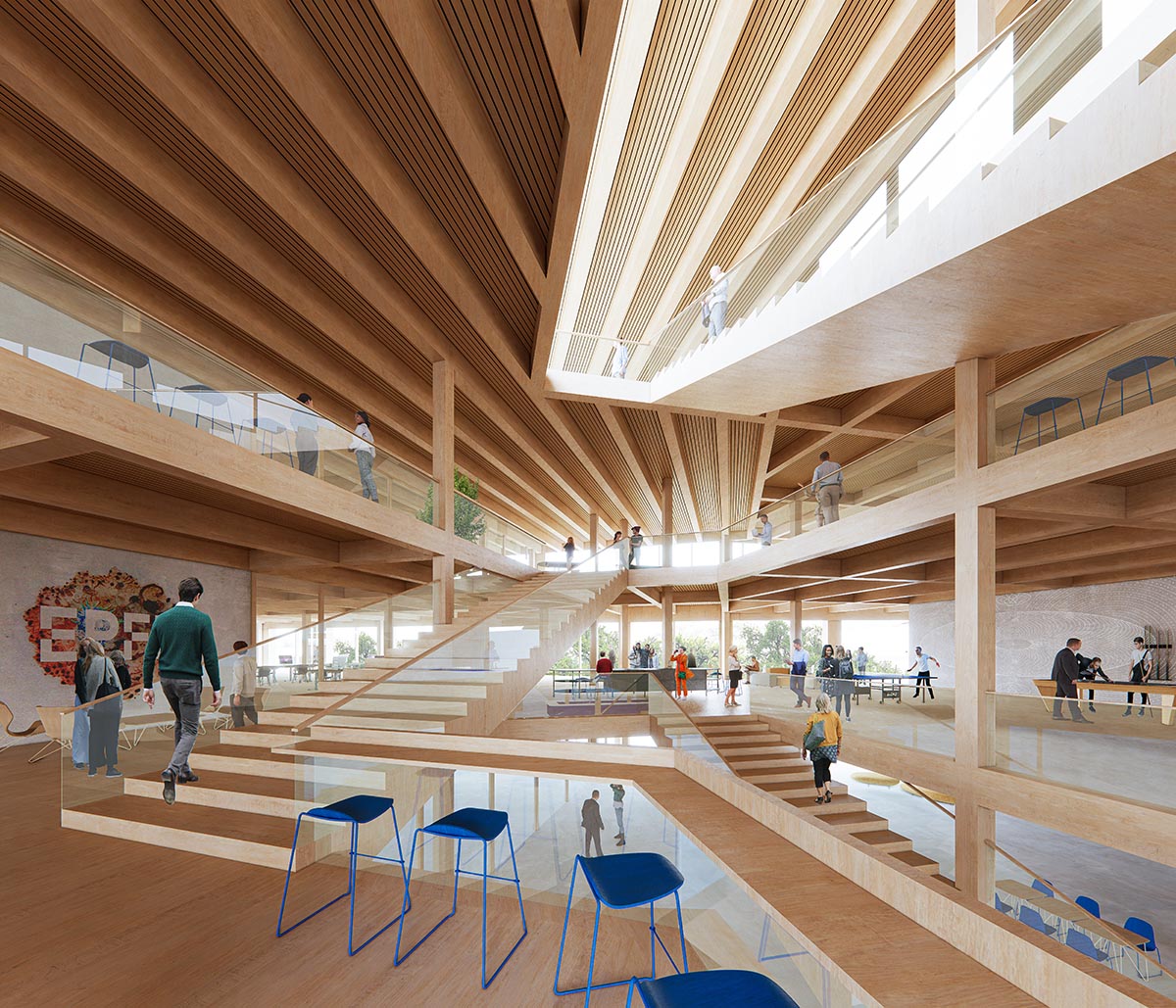 The team stated that the first phase of construction for the Ecotope campus is planned to begin in 2023.

The project will also include a clean transportation system to link Ecotope to the main EPFL campus.

3XN and IB, whose joint proposal was selected out of four invited proposals, have a history of robust collaboration, most recently with the winning design for Tour Tilia, a mixed-use timber tower that will be built on the outskirts of Lausanne.

The two offices also worked together to complete the IOC Headquarters in Lausanne, inaugurated in the summer of 2019. 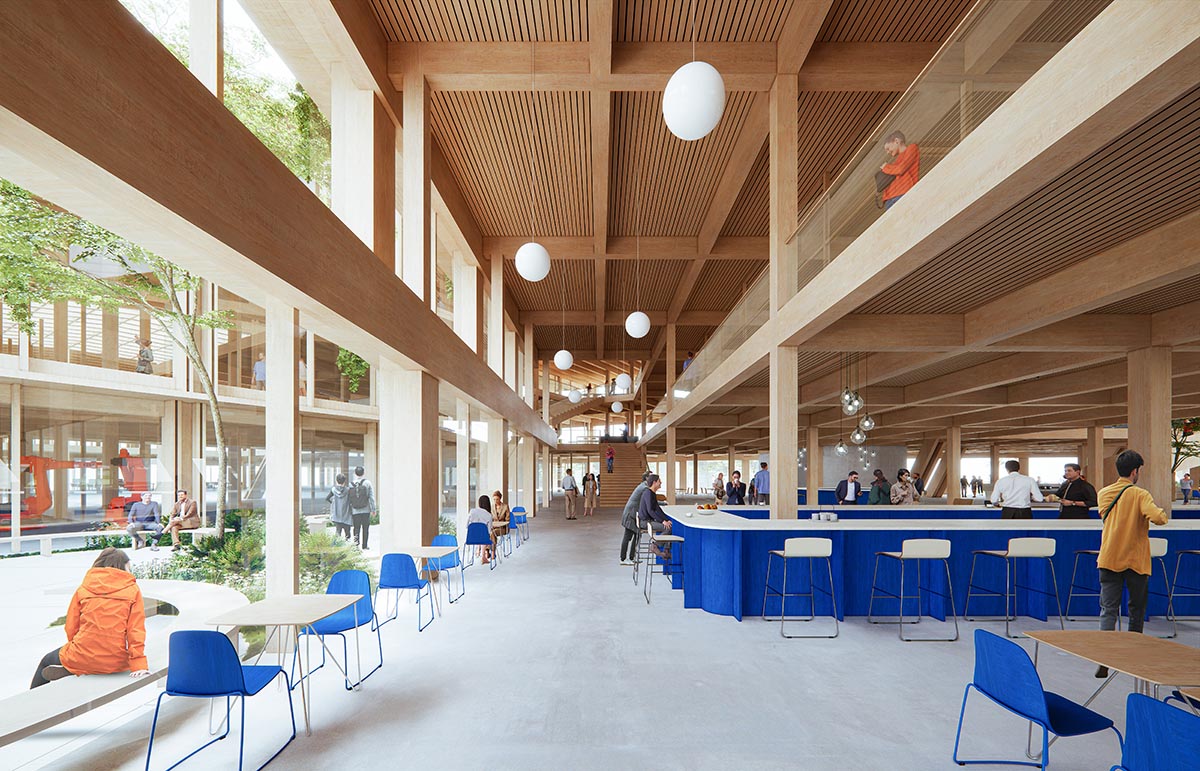 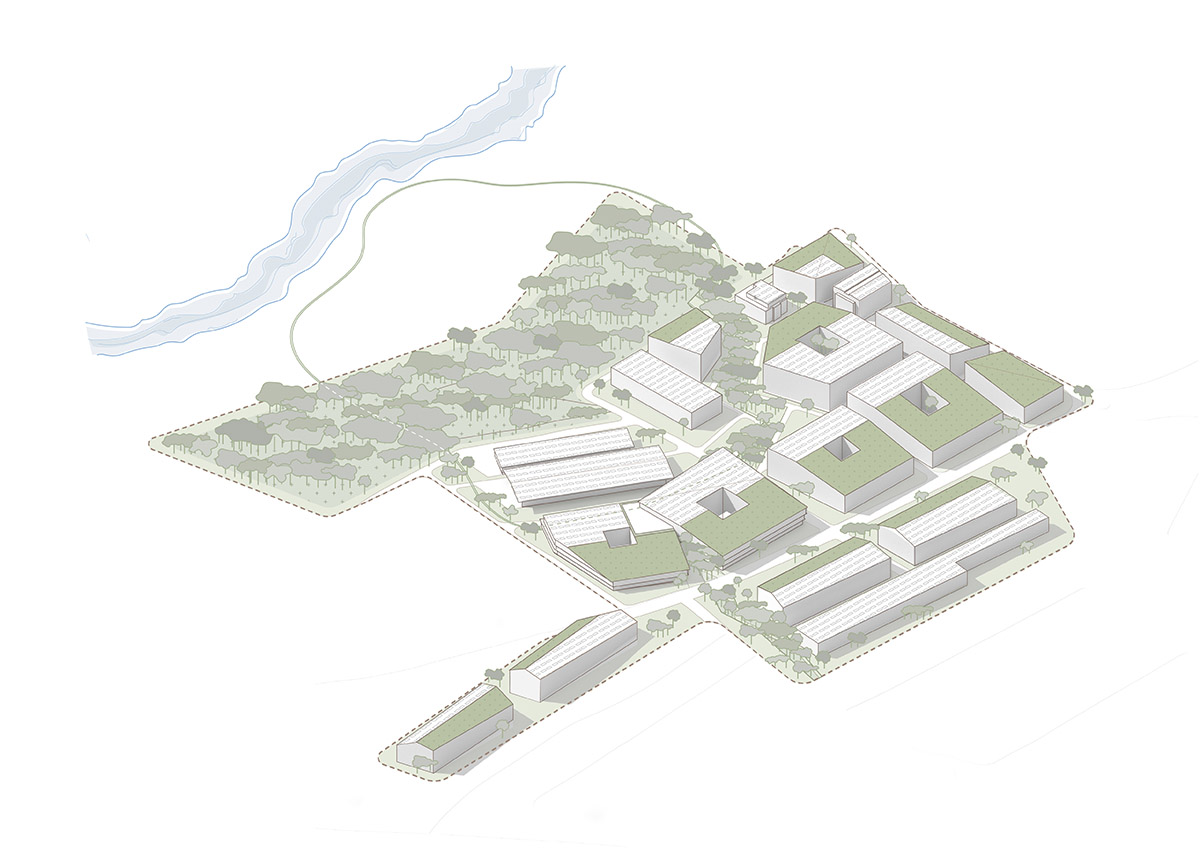 3XN was founded in Aarhus, Denmark, in 1986 by Kim Herforth Nielsen. The firm is known for its systemic and innovative design solutions to increase well-being and influence of built environment in a wider scale.

Founded in 2007, GXN is the independent research company of renowned Danish architecture firm 3XN and develops new approaches to environmentally beneficial and sustainable design, focusing on circular design, behaviour design and digital design in all its diversity and across its material, technical and social dimensions.

Founded in 1922, IB is one of the leading Swiss architecture offices with over 300 professionals on staff.

All images courtesy of 3XN.