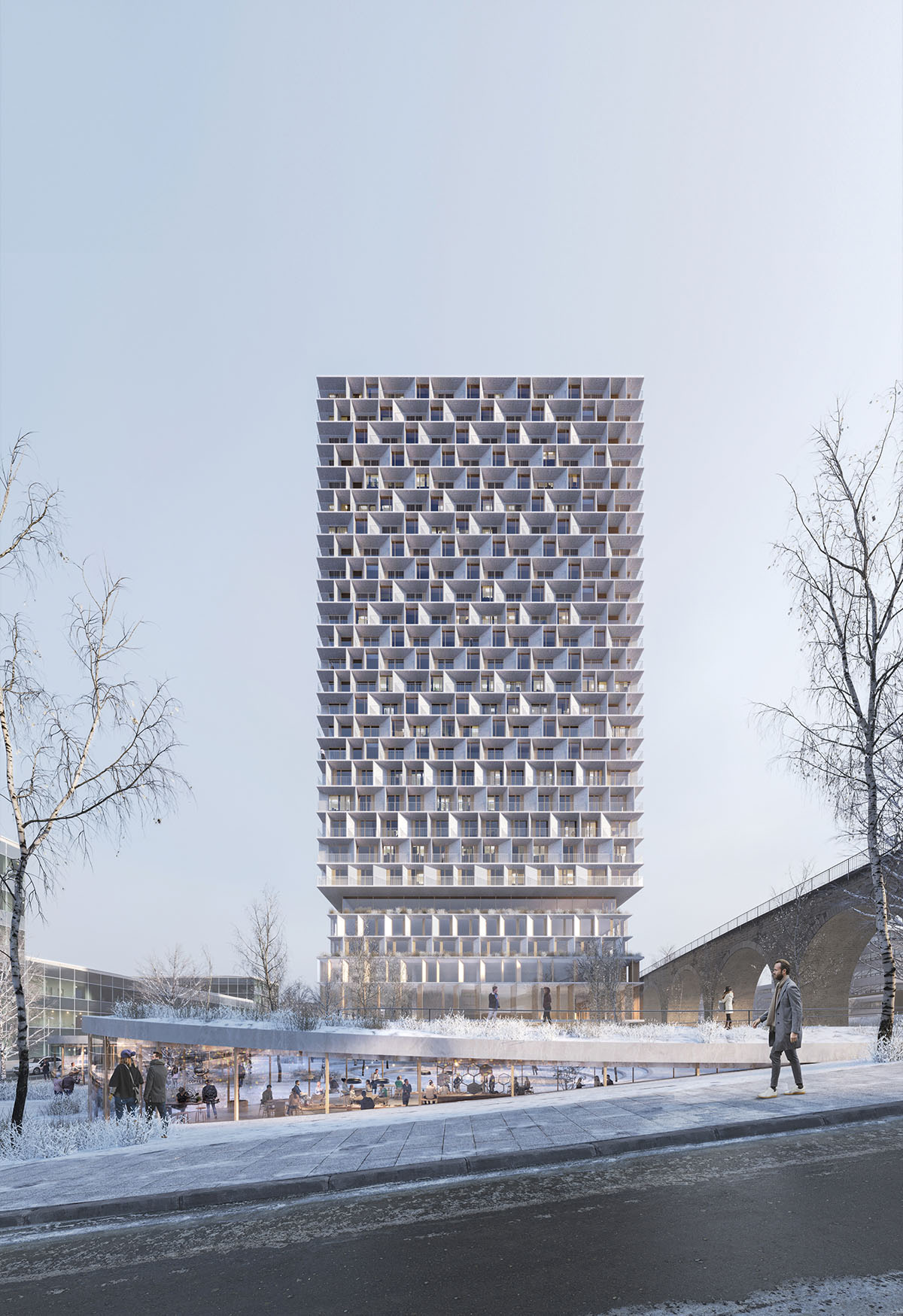 3XN and Swiss architecture firm IttenBrechbühl have won an international competition to design a 85-metre-tall mixed-use tower on the outskirts of Lausanne, Switzerland.

Called Tilia Tower©, the 37,000-square-metre tower will be developed with the transformation and renovation of two existing buildings for the real estate company Insula SA, part of the Realstone Group.

The Tilia Tower© will be an ambitious and sustainable wooden building that features a rippling facade which give the building a dynamic  expression.

The new mixed-use tower will contain apartments, retail, and a hotel programs, as well as co-working, co-making and various public functions such as bars, shops, restaurants, and cafés. The ambitious project brings life to the neighbourhood with its new public spaces that improve urban development. 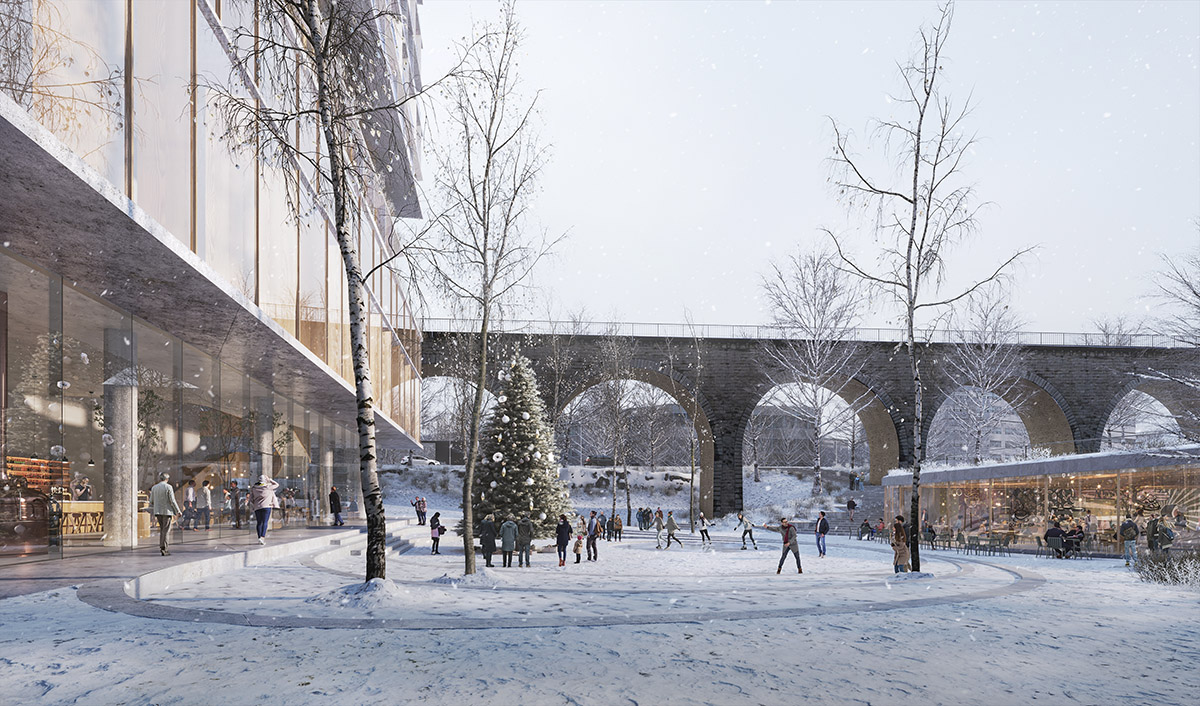 "Located in Prilly-Malley, a dynamic and rapidly developing district in the western suburbs of Lausanne, the Tilia Tower© will be a key player in the development of the area," said 3XN.

"The public functions will help to activate the area and contribute to a richer local environment at all times of the day."

As 3XN highlights, in addition to its own program, diversity is also a key driver in the building's design. The variation is reflected in the façade’s rhythmic expression.

The apartments will be structured as a series of individual elements that shift on top of each other in a rational arrangement. The result is a complex building with an open and strong identity and an organic expression that breaks with the classic homogeneous box. 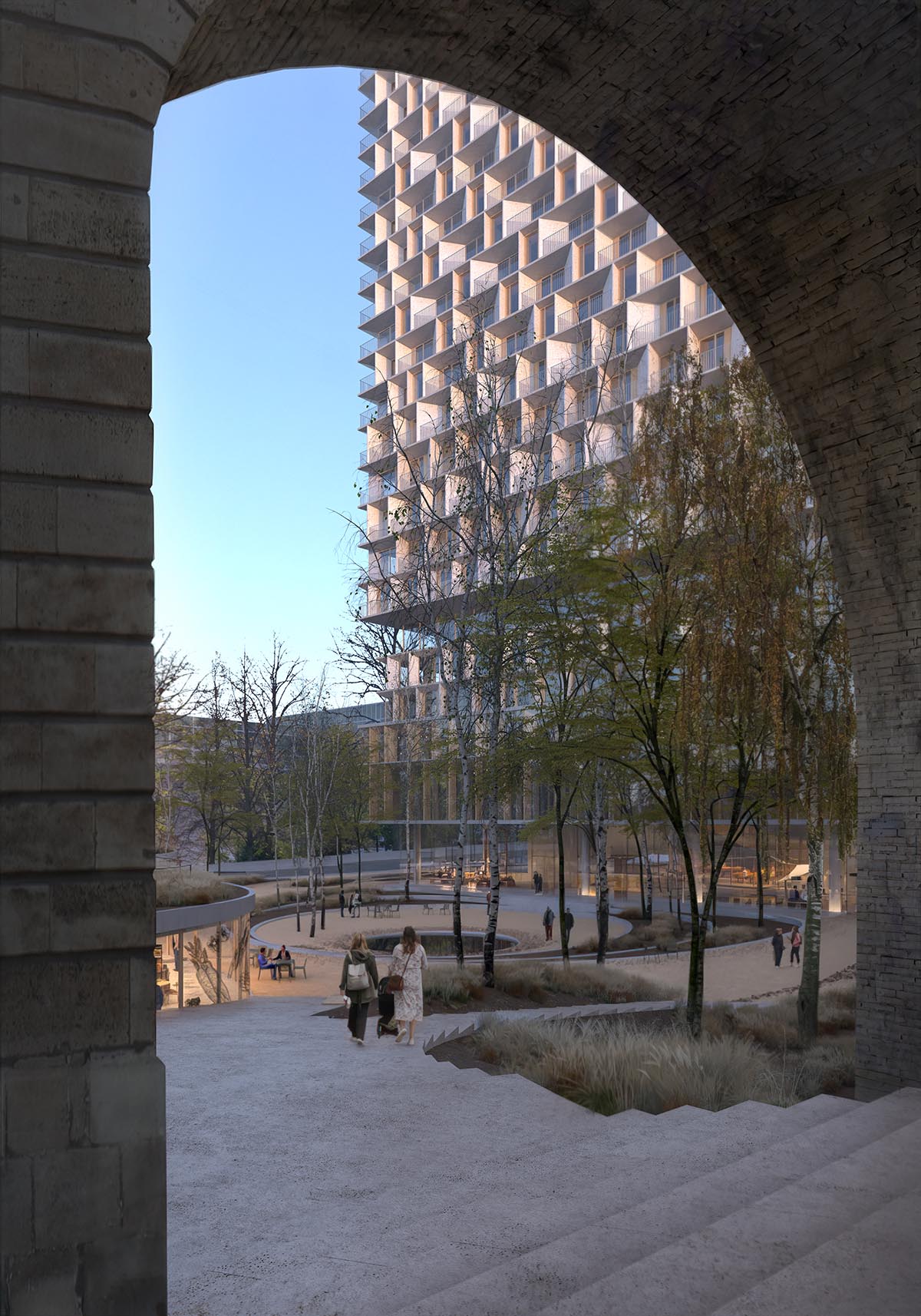 The studio created deep window niches and terraces reaching out and creating a connection between the building, its users, and the outdoor space, giving the Tilia Tower©, a lively yet refined expression.

According to the studio, the depth of the niches and terraces optimises energy efficiency through shading and daylight optimisation, and creates comfortable, undisturbed recreational outdoor areas.

"We have worked with the philosophy of making a building that respects the human scale by emphasising the connection to nature and by ensuring good daylight, which we know is important for human well-being," said Jan Ammundsen, architect and responsible senior partner for the Tilia Tower©, at 3XN. 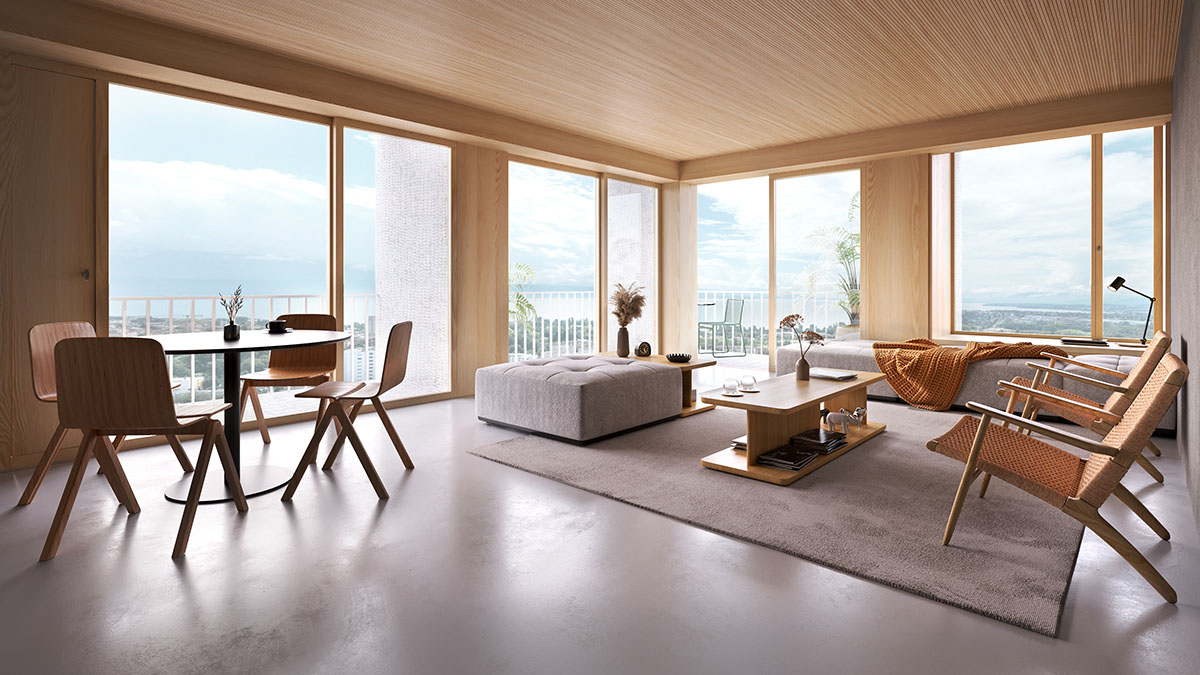 "Wood is a consistent material in the project which adds a natural, warm, and robust look. Wood is a fantastic building material, and it will add a fine tactile expression to the building."

"The Tilia Tower©, will be a bright, friendly, humane and sustainable building," Ammundsen added.

As commonly seen in 3XN's projects, the reason of choice of wood is to create a good indoor climate, as well as contributing to a significant reduction in the CO2 footprint.

The development will propose a new square in front of the building which will create a green urban space with biodiverse plants and microorganisms.

"Connected to the new high-rise is an older but well-functioning office building and badminton hall," added the office.

"The two existing buildings will undergo a transformation that consists of an energy-efficient renovation and update of the façades to match the new building. The goal of the entire project is to achieve the ambitious Minergie-P certification." 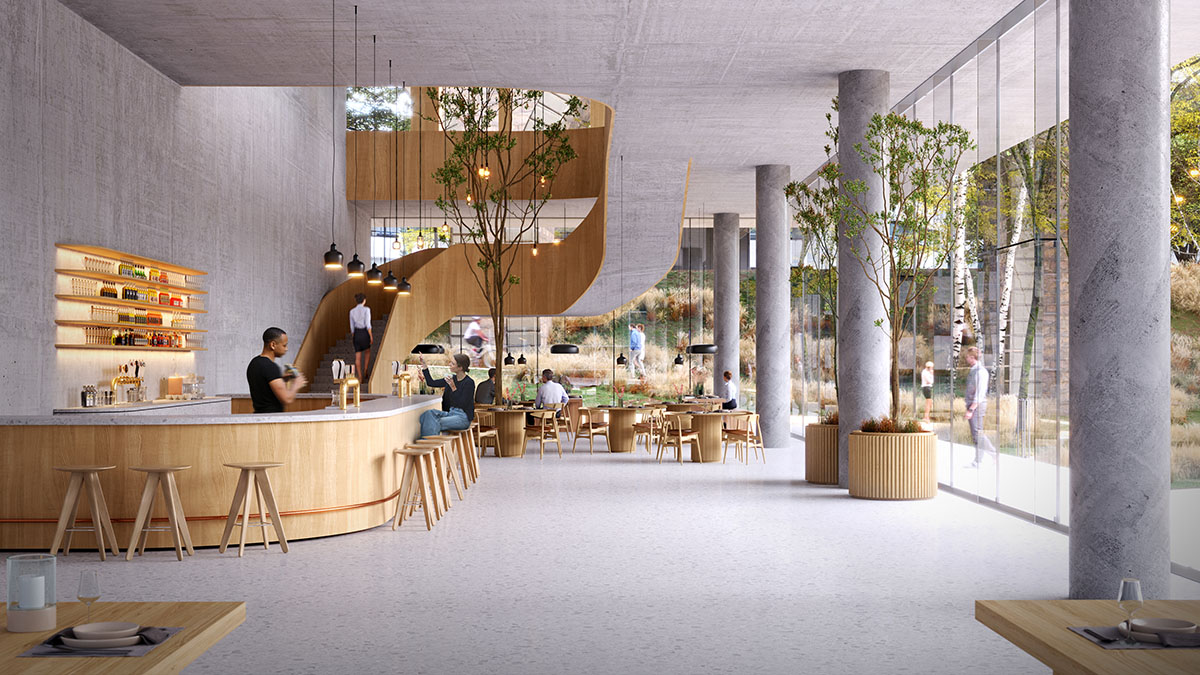 The architects and developer look forward to realising the ambitious construction, where the sustainable solutions support the architecture and aesthetics.

Kim Herforth Nielsen, founder and principal of 3XN, spoke to WAC's the Netherlands Reporter Lola Kleindouwel as part of WAC's Live Interview Series about the main principles of 3XN, and connection to GXN.