MAD Architects has revealed design for a new residential tower featuring a 10-story landscaped rift that defines its exterior in Denver.

Called One River North, the 16-storey tower will be MAD's third project in the U.S. which has broken ground in Denver.

The project will be a striking sixteen-story residential tower in the city's vibrant River North District and will feature more than 13,000 square feet (1,207 square meters) of open-air environments, a rippling water feature and a landscaped canyon traversing across 10 of its 16 Stories, four of which are a trail-like walkway. 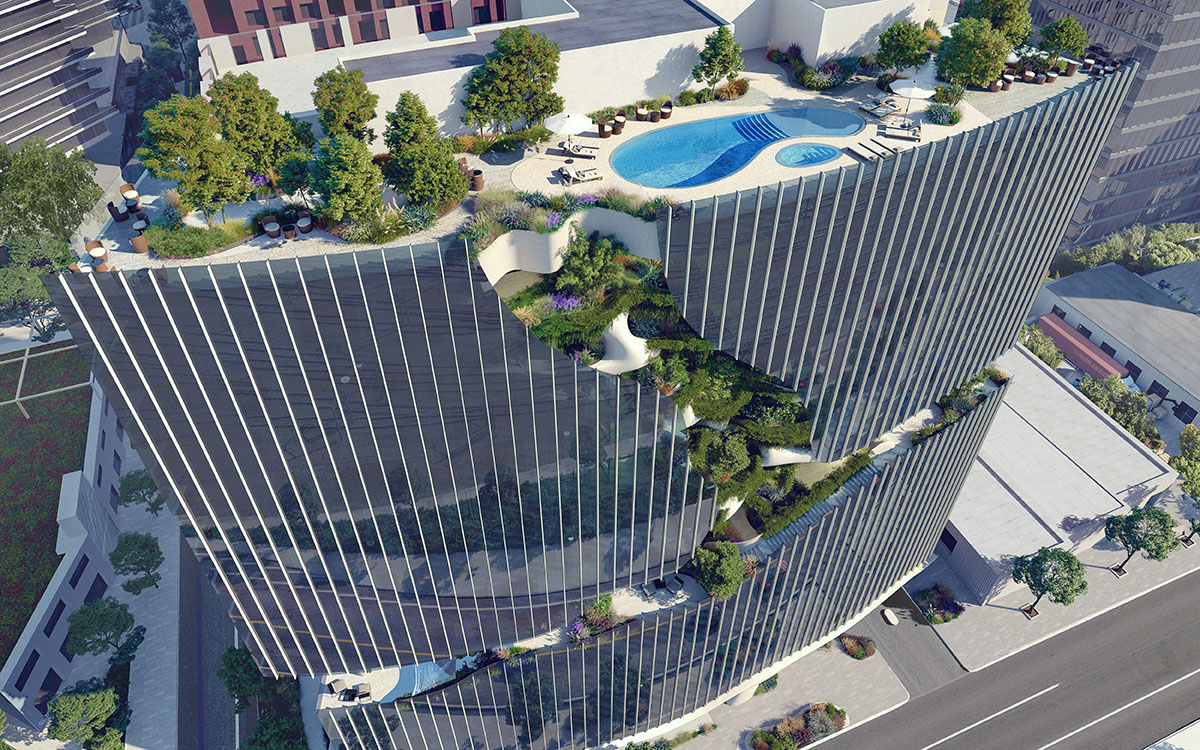 Developed by The Max Collaborative and Uplands Real Estate Partners, Members of the Ratner Family and Founders and Principals of Forest City Enterprises, in Partnership with Wynne Yasmer Real Estate, MAD's new tower will redefine urban living with its carved façade. 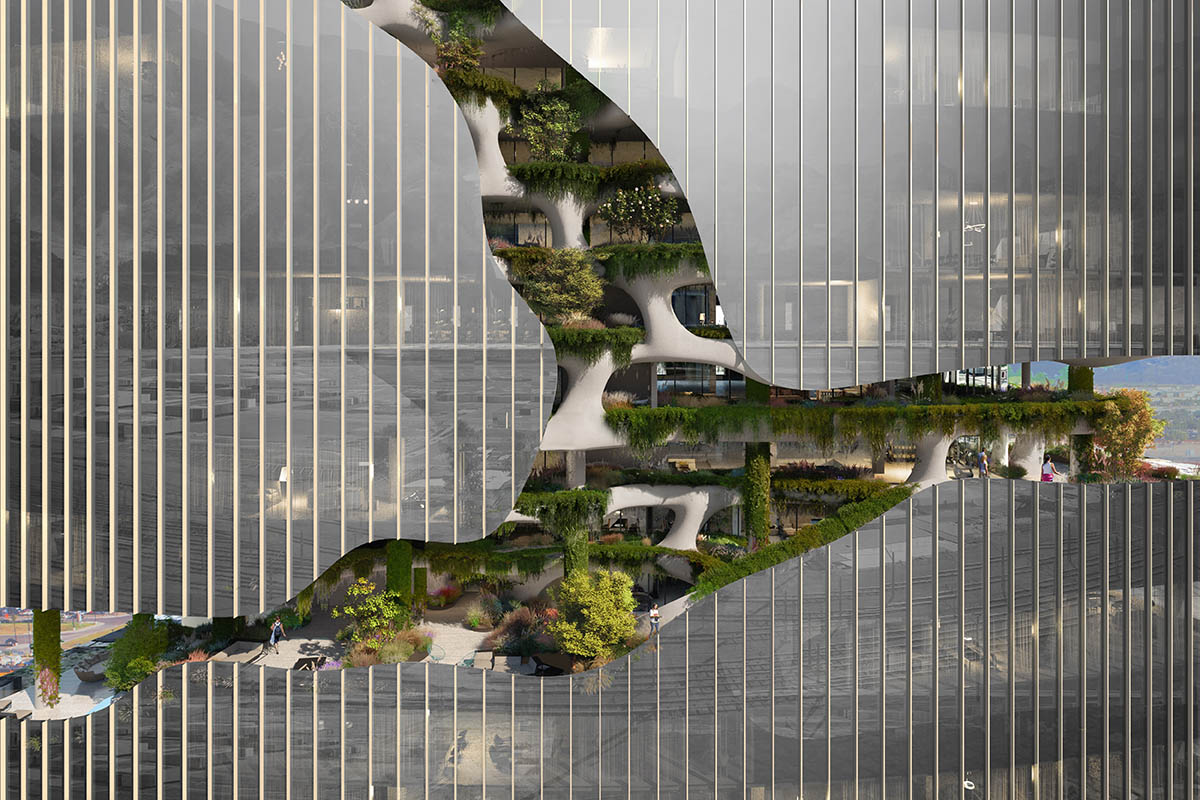 The 16-story building will include 187 for-lease residences and features 13,352 square feet (1,240 square meters) of open-air amenity environments, including rippling water elements and a landscaped, trail-like walkway that traverses across four floors.

Additionally, a 6,813-square-foot (633 square meters) rooftop terrace, featuring a pool, spa and garden framed by dramatic Rocky Mountain views, will seamlessly blend the natural beauty at home with the landscape just beyond. The project will include 7,995 square feet (743 square meters) of ground-floor retail space.

One of the most key feature of design is its striking façade. The tower includes a 10-story landscaped rift that defines its exterior, is inspired by Colorado’s diverse biomes and recalls the experience of ascending from the foothills to the trail and canyon, to reaching the alpine plateau. This unparalleled experience increases resident views and blends nature into the urban landscape. 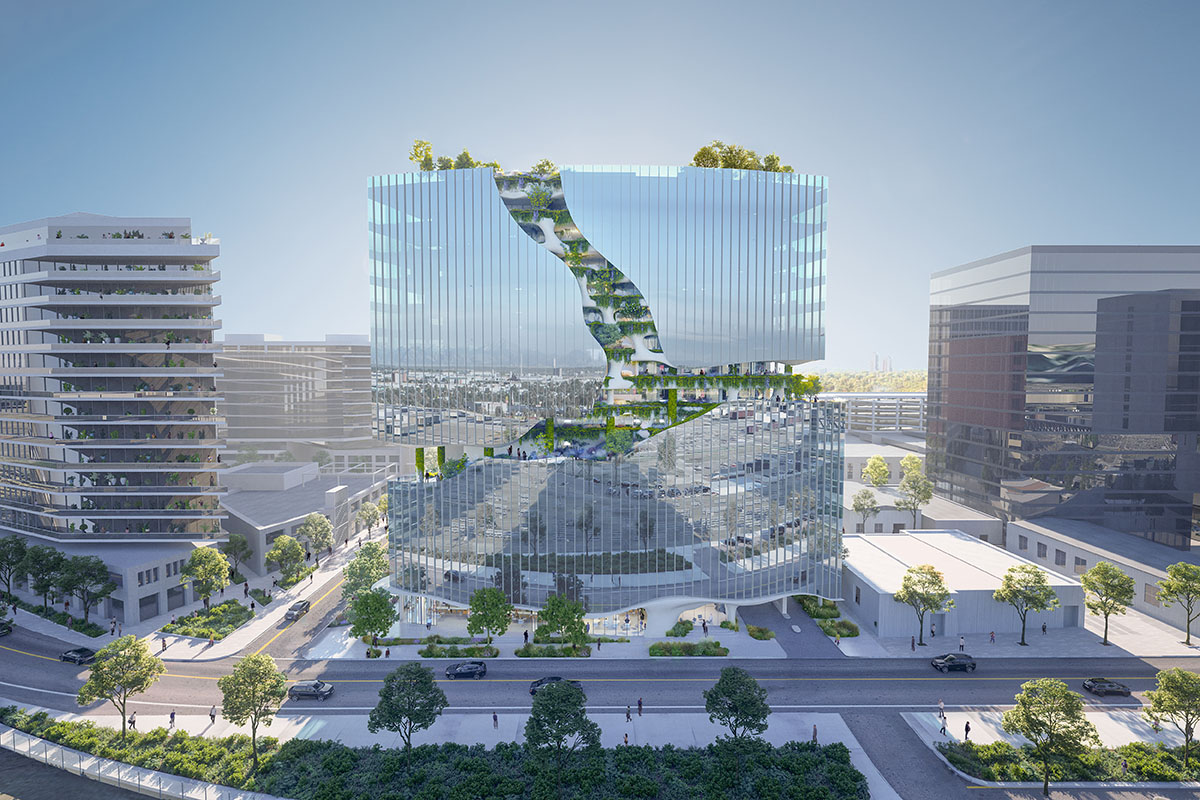 "One River North is the model for how we should be living, surrounding ourselves in the natural environment, bringing nature into our homes and creating authentic, biophilic experiences coupled with modern comforts and conveniences," said Kevin Ratner, co-founder of The Max Collaborative.

"The nature-inspired design by MAD Architects was influenced by Colorado’s legendary landforms and merges nature and architecture to inspire a well-balanced life. Its glass façade is likewise ribbed with louvers that regulate sunlight and soften its visual presence, shaping a serene retreat in the sky."

"If we regard modern cities as man-made landscape on the earth, we need to design canyons, woods, creeks, and waterfalls, transforming concrete forests into second nature," said Ma Yansong, MAD Founder and Principal Partner.

The project broke ground in Fall 2021 and is slated for completion in Q4 of 2023. Situated at 40th and Blake Streets on the northeast edge of RiNo and near the 38th and Blake light rail station, One River North anchors a new wave of taller buildings shaping a bold new vision for Denver’s art-influenced RiNo district. 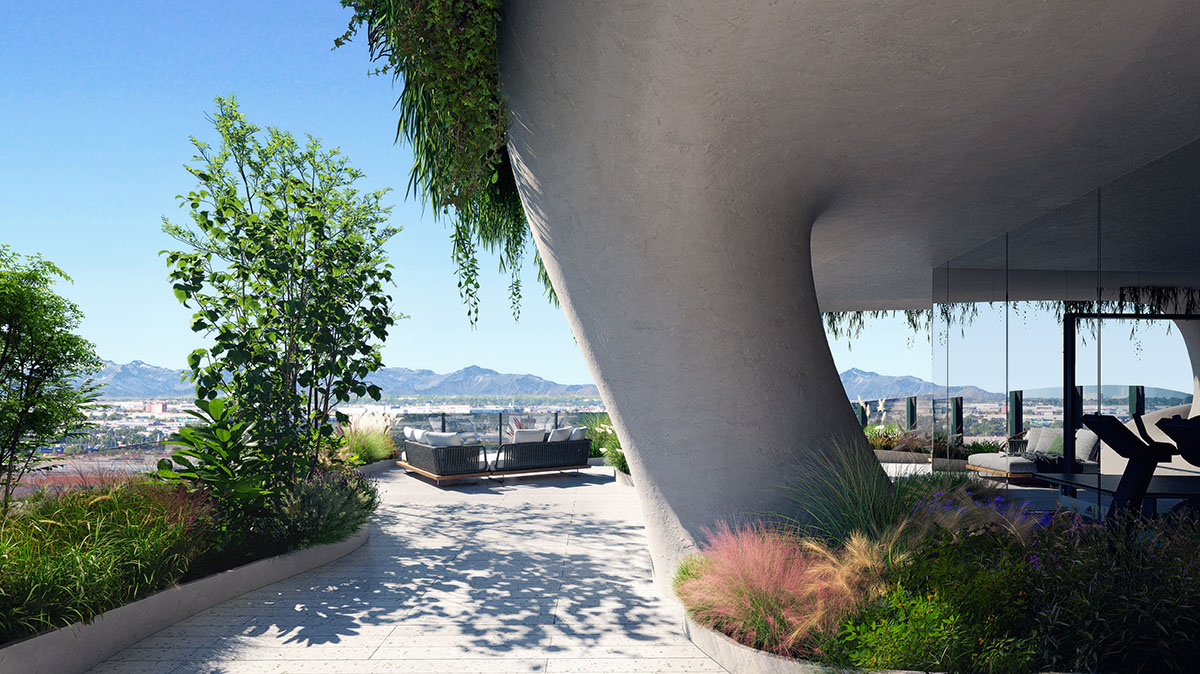 One River North is MAD’s third project to break ground in the United States, joining the Lucas Museum of Narrative Art, which is currently under construction in Los Angeles, and Gardenhouse, which opened in Los Angeles in 2020.

All renderings courtesy One River North.