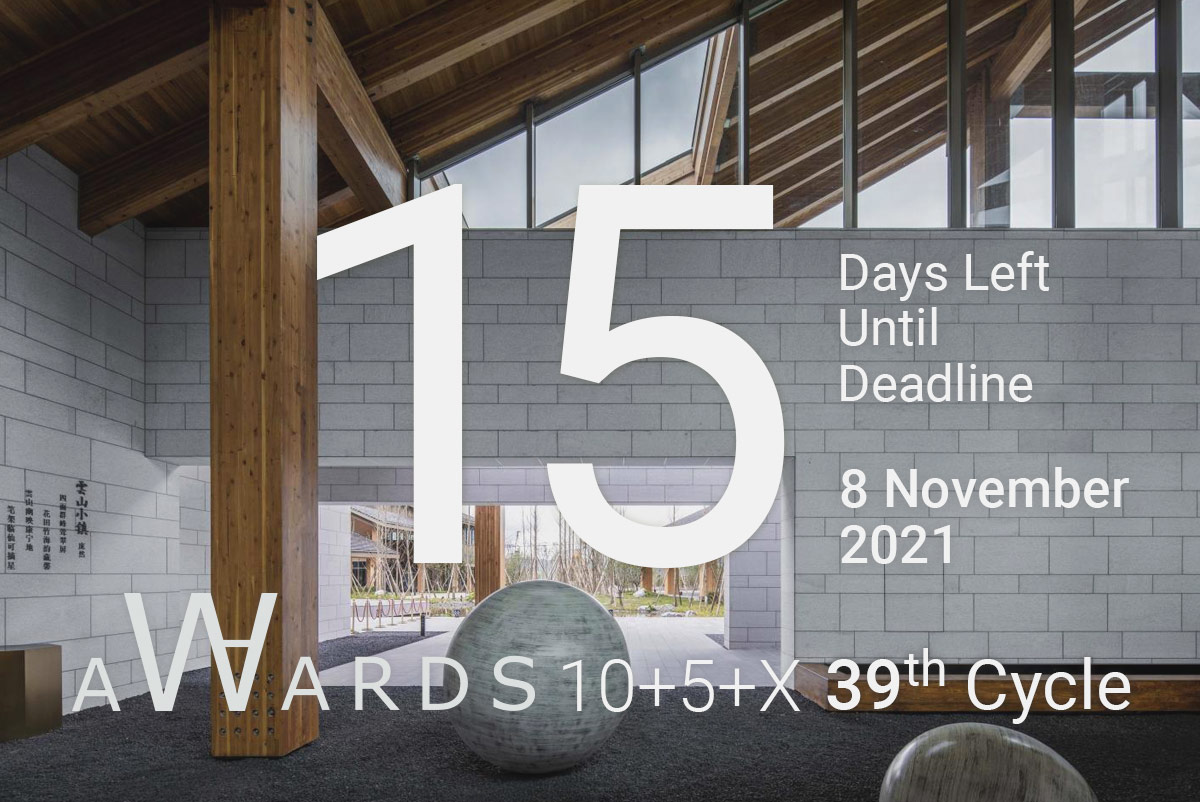 There are only 15 days left to submit your entries to WA Awards 10+5+X 39th Cycle, where you could be crowned with the acclaimed and prestigious WA Award in Architecture, Interior Design and Students categories.

Still have questions about why should participate in the WA Awards? To mark the importance of WA Awards 10+5+X, we have listed the 15 profiles that have won the most WA Awards so far.

The list, which is not based on any category or geographical distribution, includes architects, architecture offices, and academic members.

Here're the 15 WAC Members who have won the most WA Awards, according to the WAC's statistics:

Do you want to be among the most awarded WAC Members? Hurry up!

If you have further questions, you can contact the WAC editorial team at [email protected].