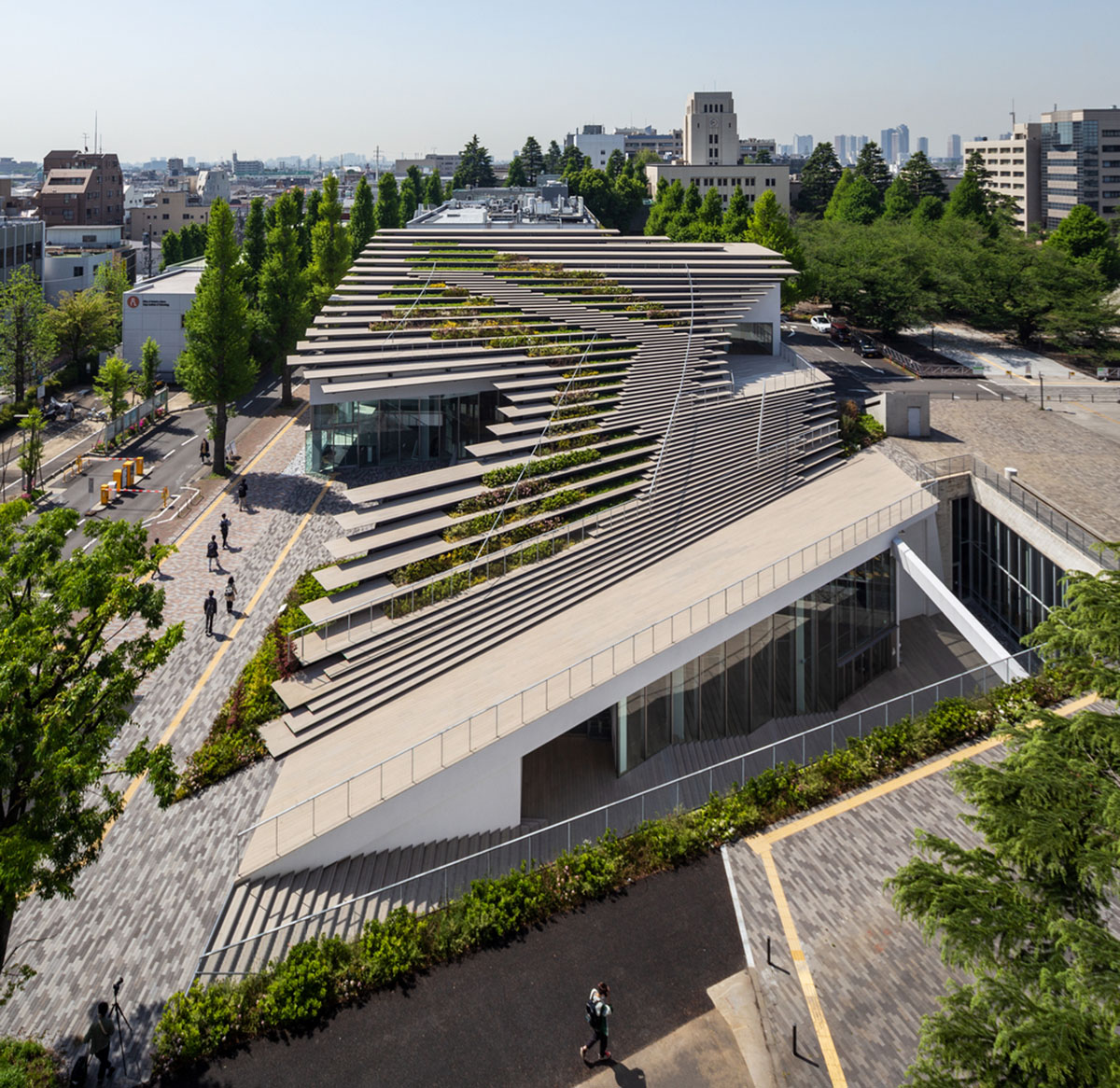 Kengo Kuma & Associates has designed a new student exchange hub on Ookayama Campus of Tokyo Institute of Technology in Japan. A twisted structure features a series of strip-like steps to sit and relax on the roof.

Named Tokyo Institute of Technology Hisao & Hiroko Taki Plaza, the new building comprises a 4,879-square-metre area and serves as a student exchange hub for the institute.

Its distinctive language is shaped by a series of strip-like steps containing greenery and bleachers for students. Accessing the roof is provided via a large walkable platform that connects upper and bottom level of the site.

The Hisao & Hiroko Taki Plaza was opened to the public in April, 2021 at the campus. 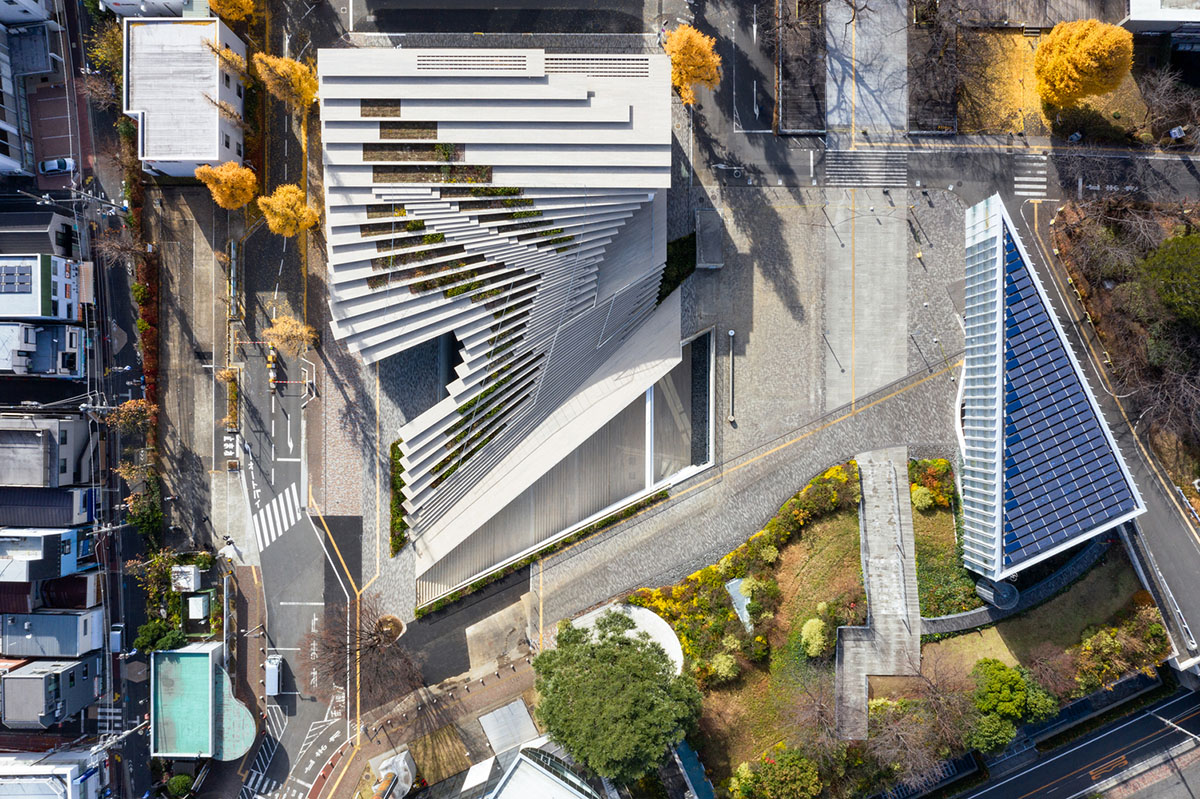 Located at the entrance of the Tokyo Institute of Technology, Kengo Kuma & Associates aimed to create a “platform” to house student activity.

To provide a clear vista of the clocktower, which is a prominent landmark for the campus, the studio placed a large portion of the building underground. 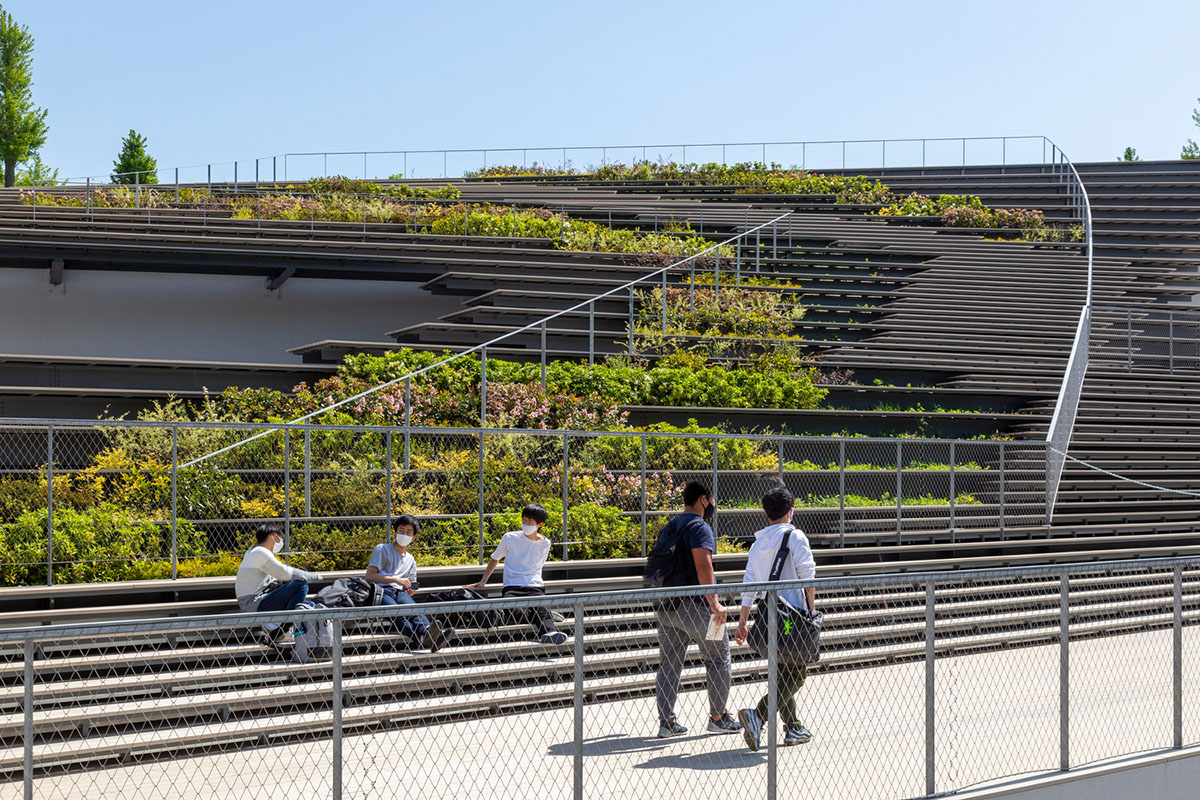 Above ground, the building features on a lush mound-like form, seamlessly integrating with the surrounding landscape.

The roof, which the main design component of the building's outer language, is composed of stepped greenery and bleachers to resonate with the green slanted wall of the adjacent library. They collectively create a green valley for the students. 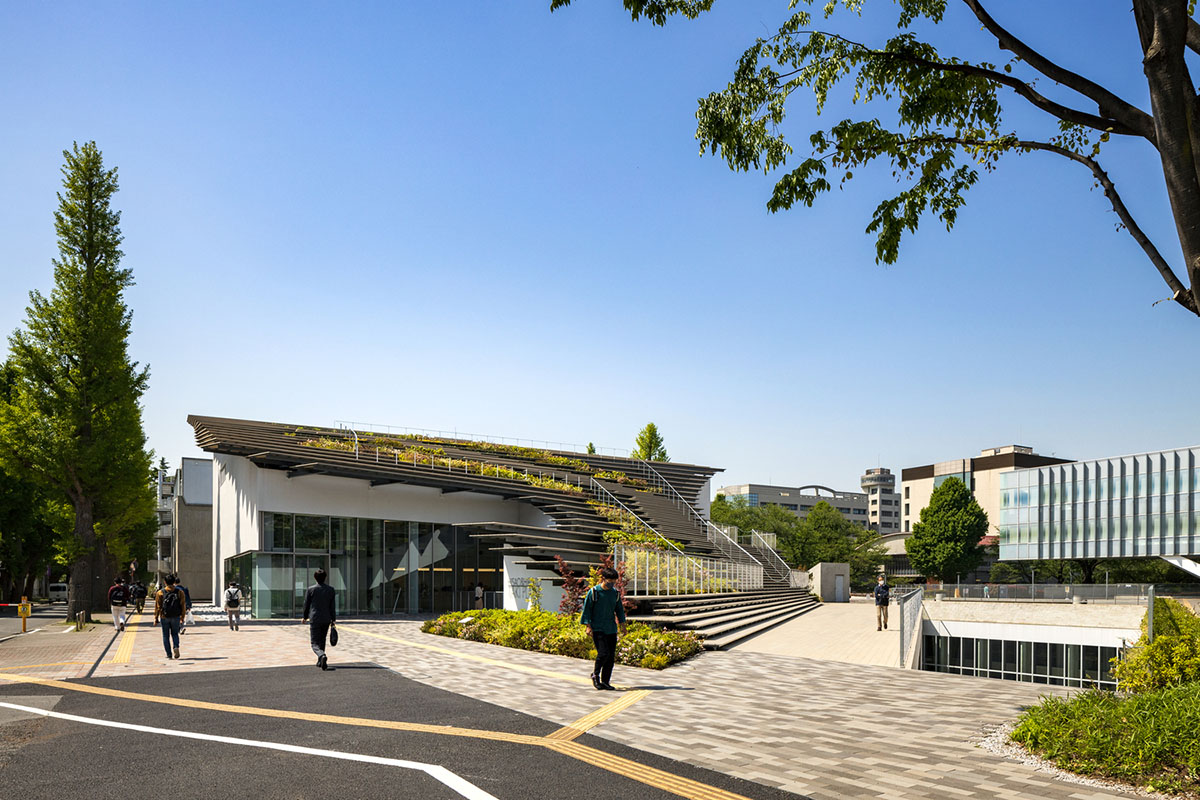 The studio describes this green valley as "a new green space" to invite life and activity for the students.

"The line between the interior space and exterior landscape is blurred by continuing the stepped landscape into the building," said Kengo Kuma & Associates.

"This allows activities such as co-learning and joint workshops to be held simultaneously on different levels. The space flows ambiguously without clear spatial divisions, stimulating the senses of the users both visually and physically." 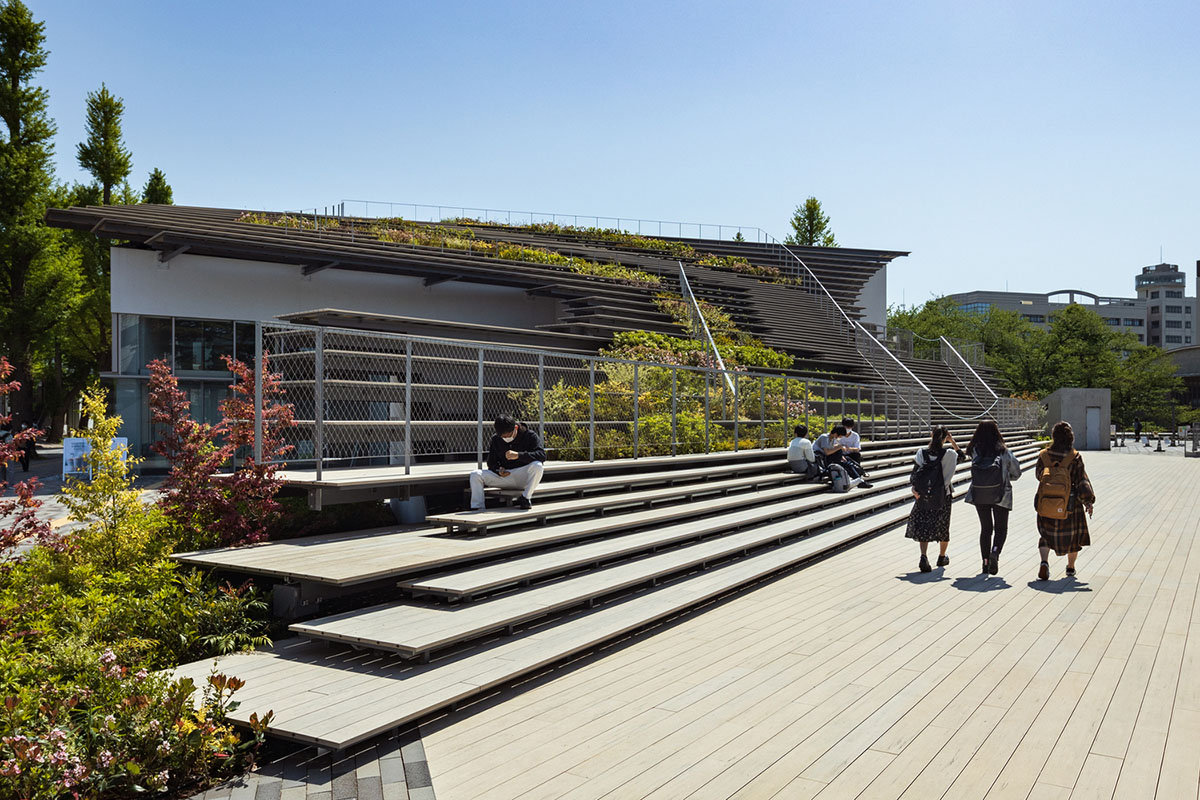 In the design process, the studio took into account many complex site conditions, the design team first determined the overall sectional profile of the roof, followed by the strip-like steps of the bleachers fanning out.

As the studio emphasized, "this resulted in a roof silhouette that resembles the landscape of a river delta that spills into the campus."

Due to the twisted shape that supports the roof, the interior space gains a certain fluidity. 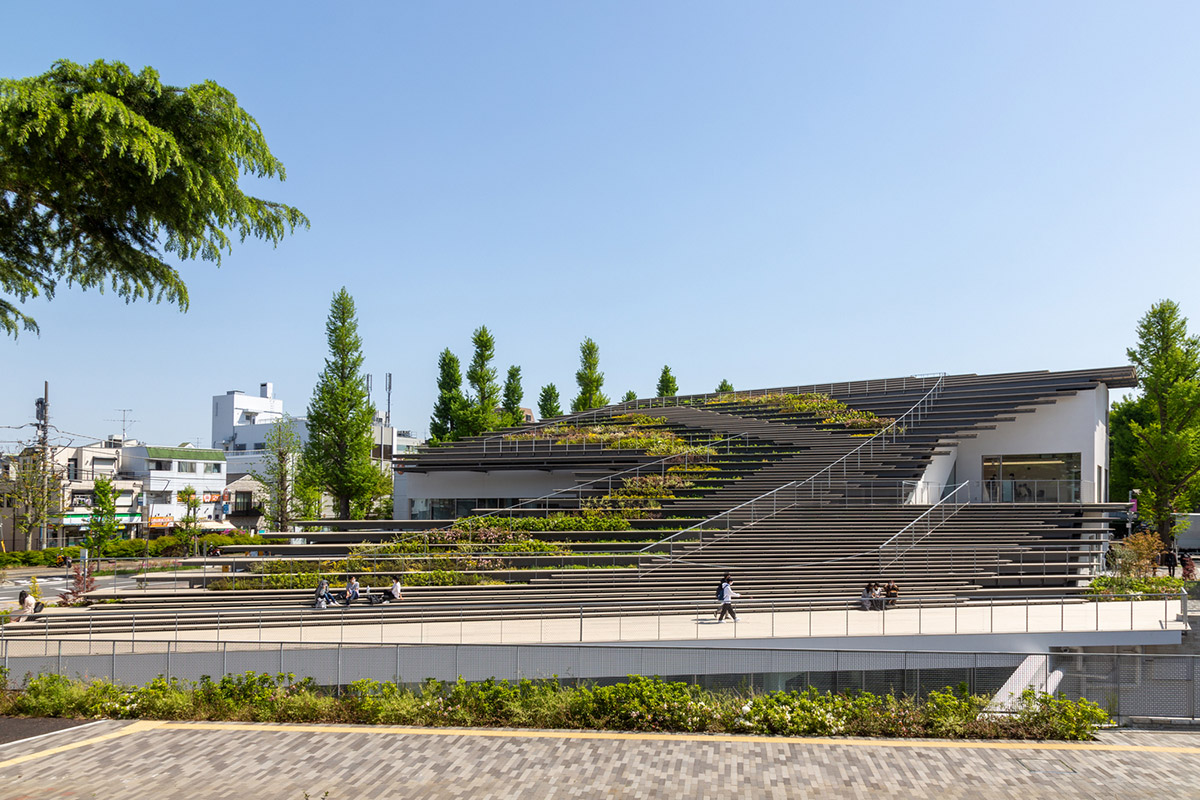 According to the team, the building has two architectural landscapes: the exterior and interior landscapes, both of them relate to each other in a resonating harmony. 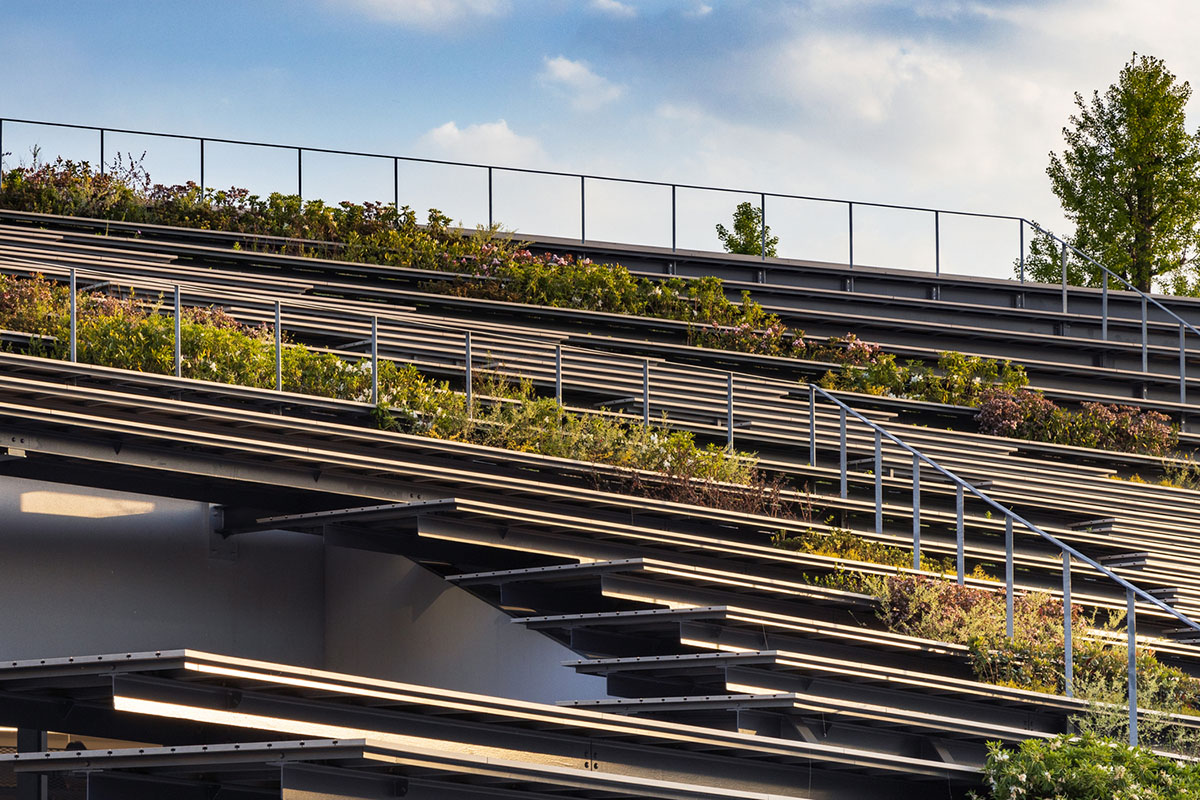 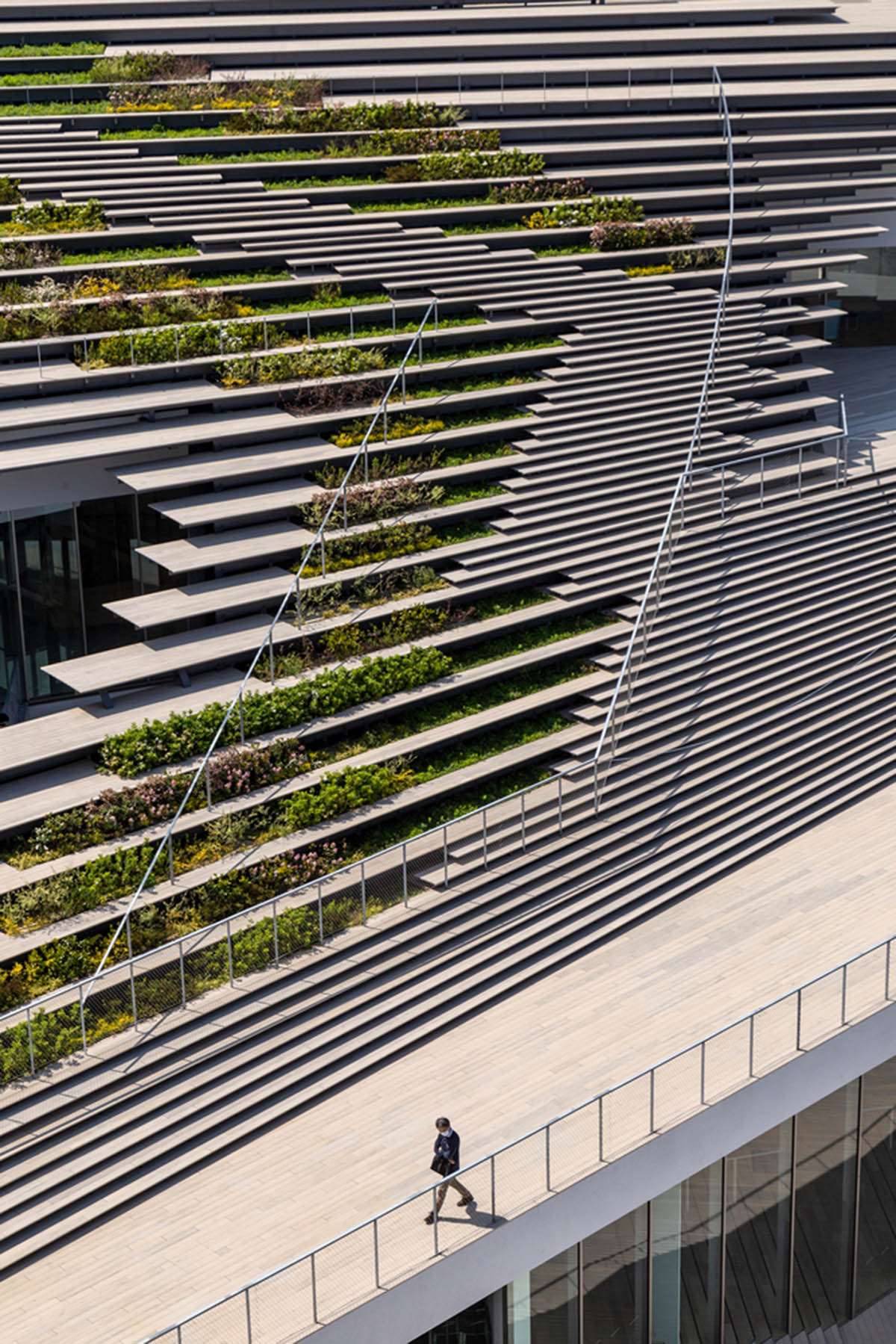 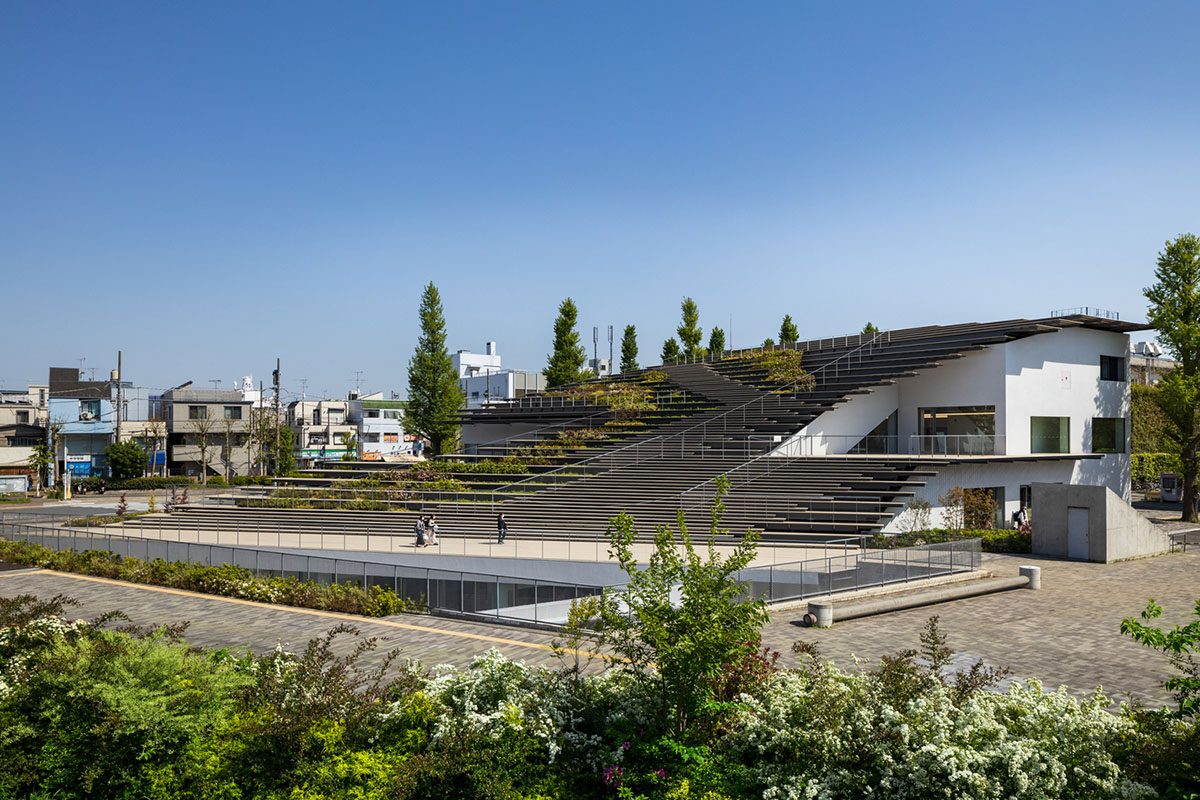 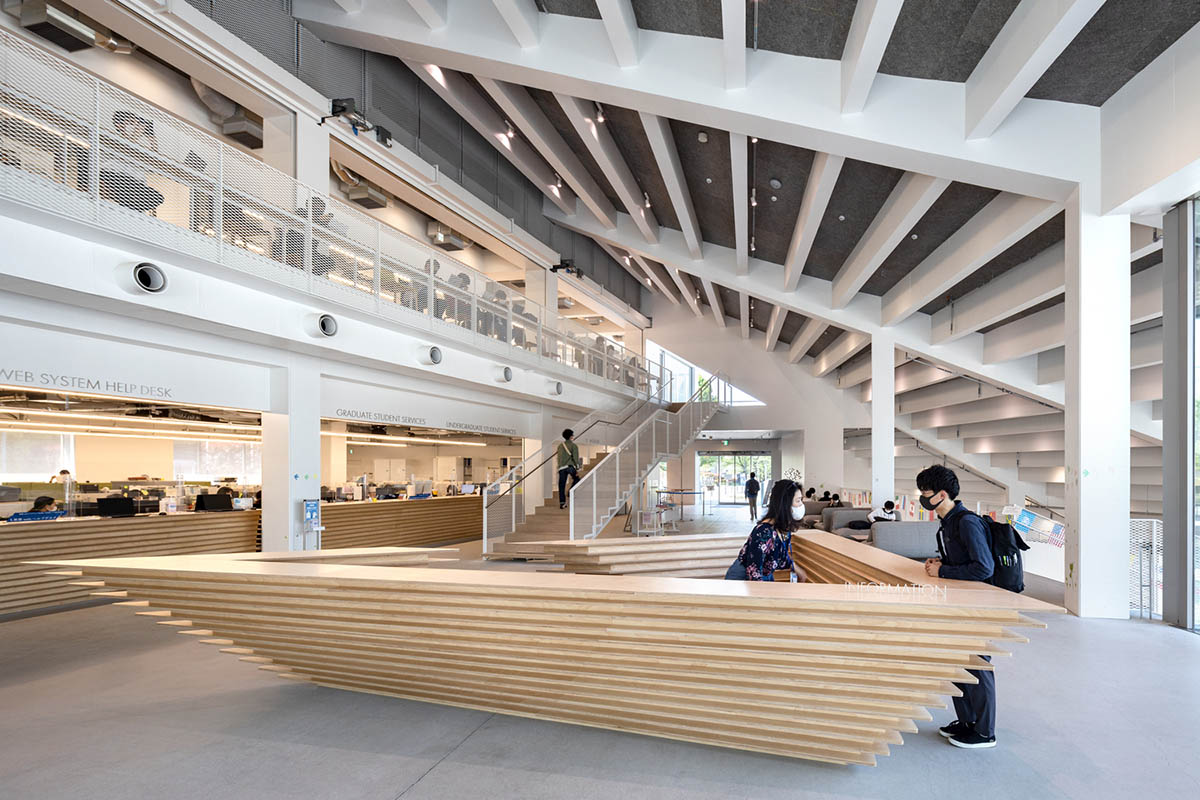 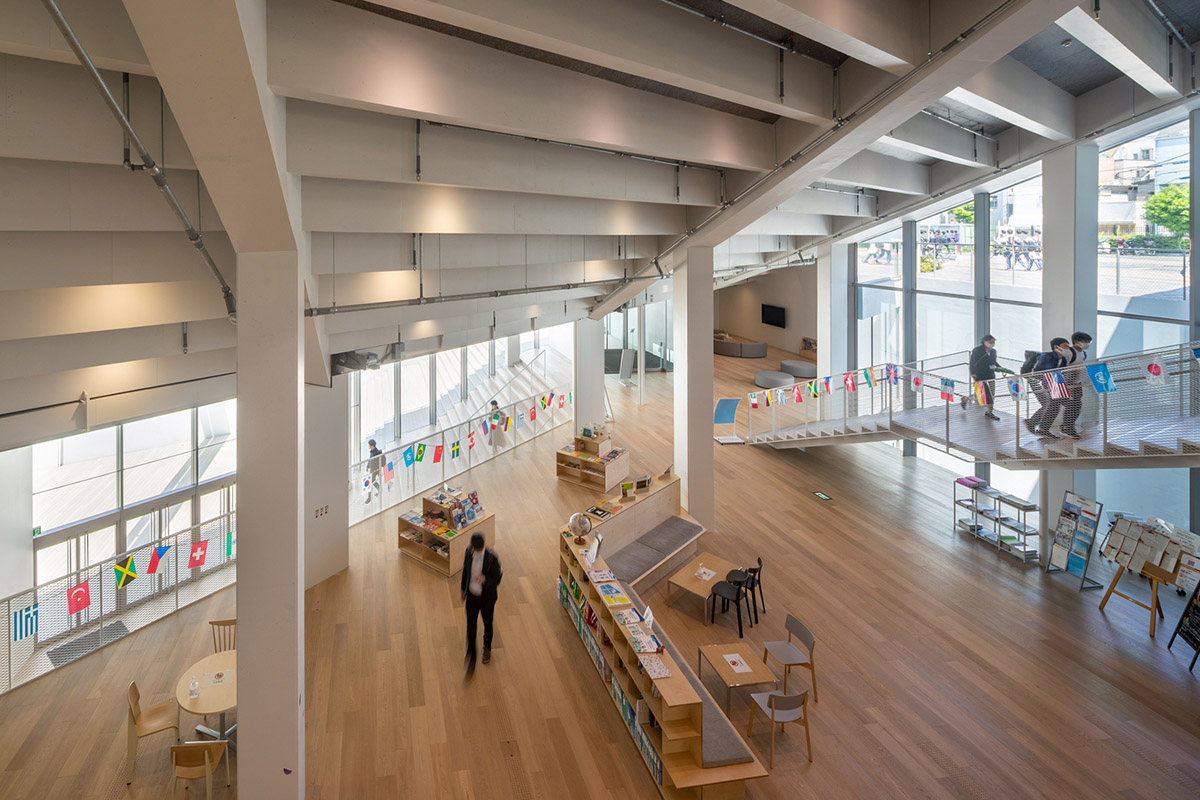 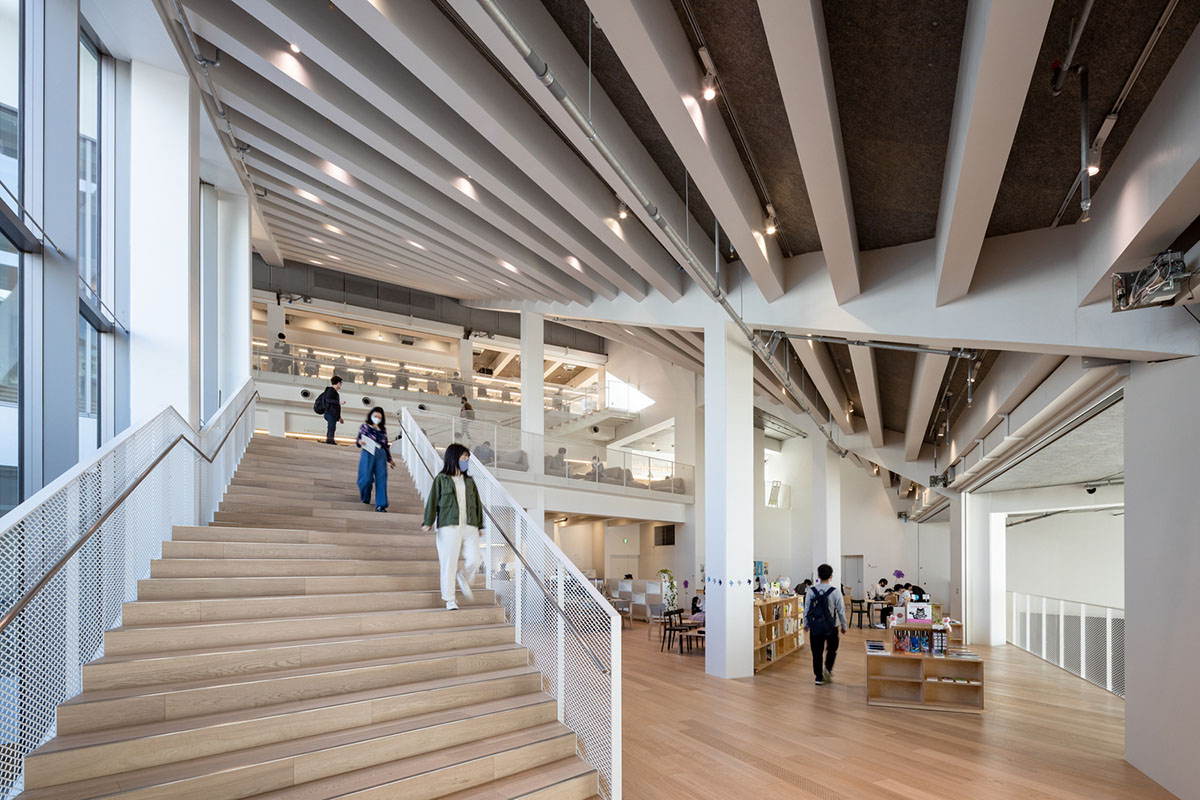 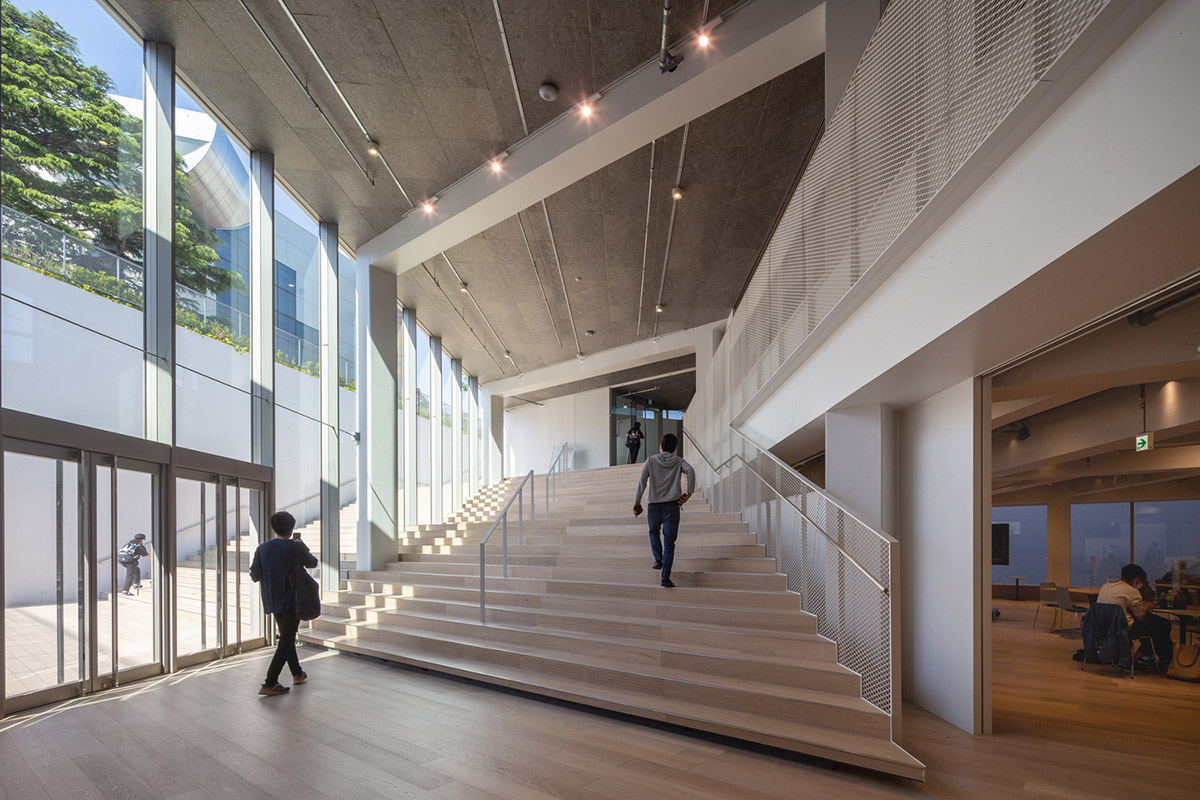 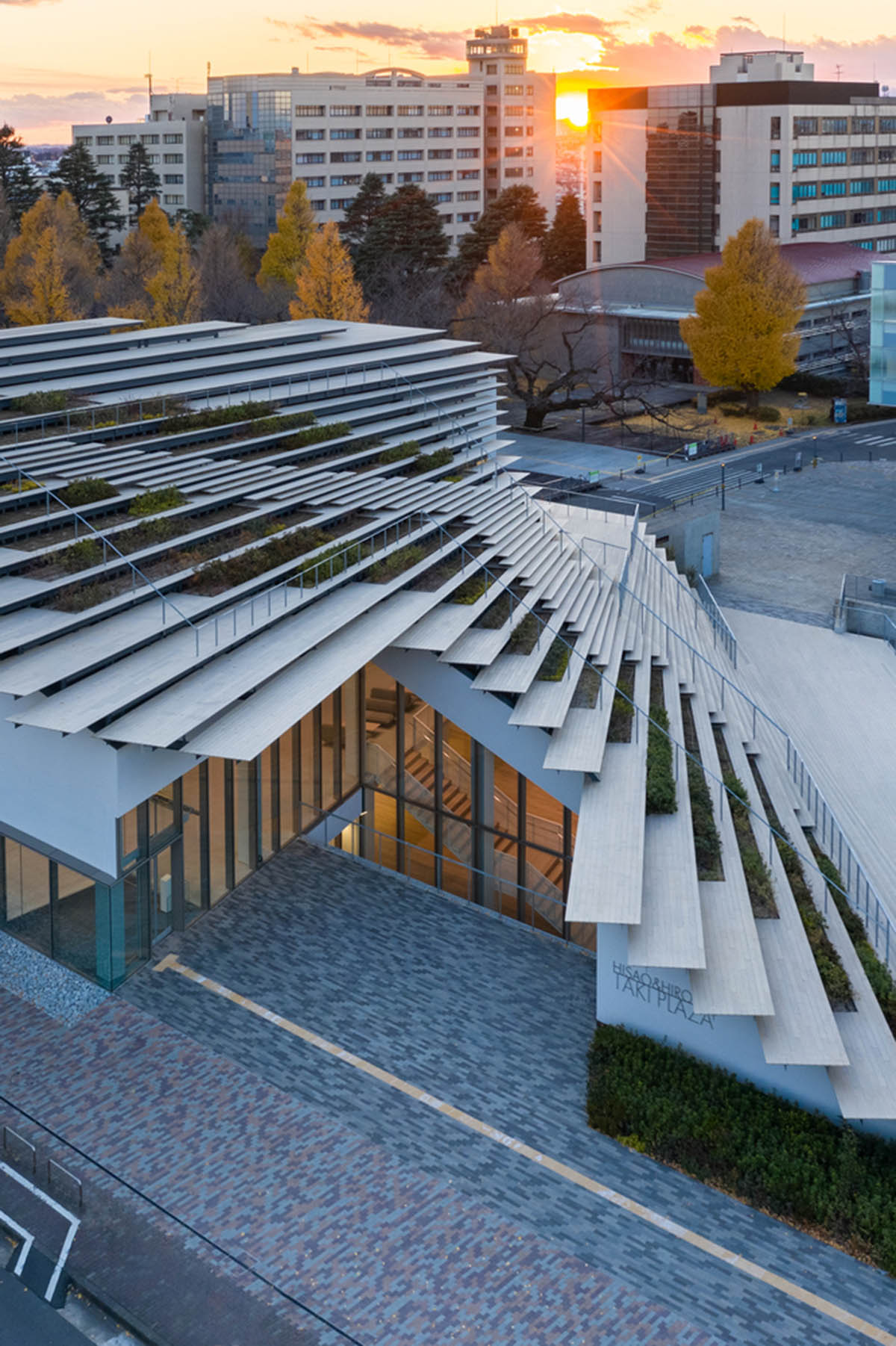 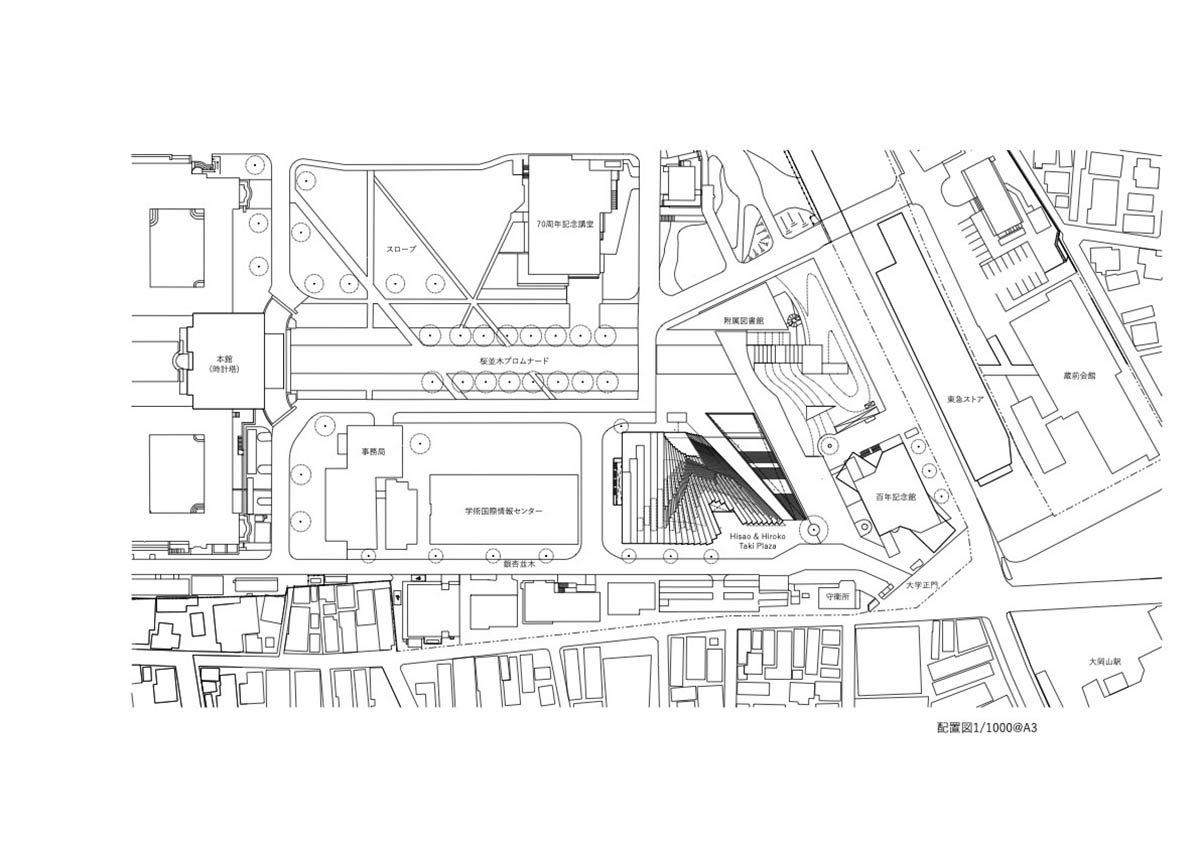 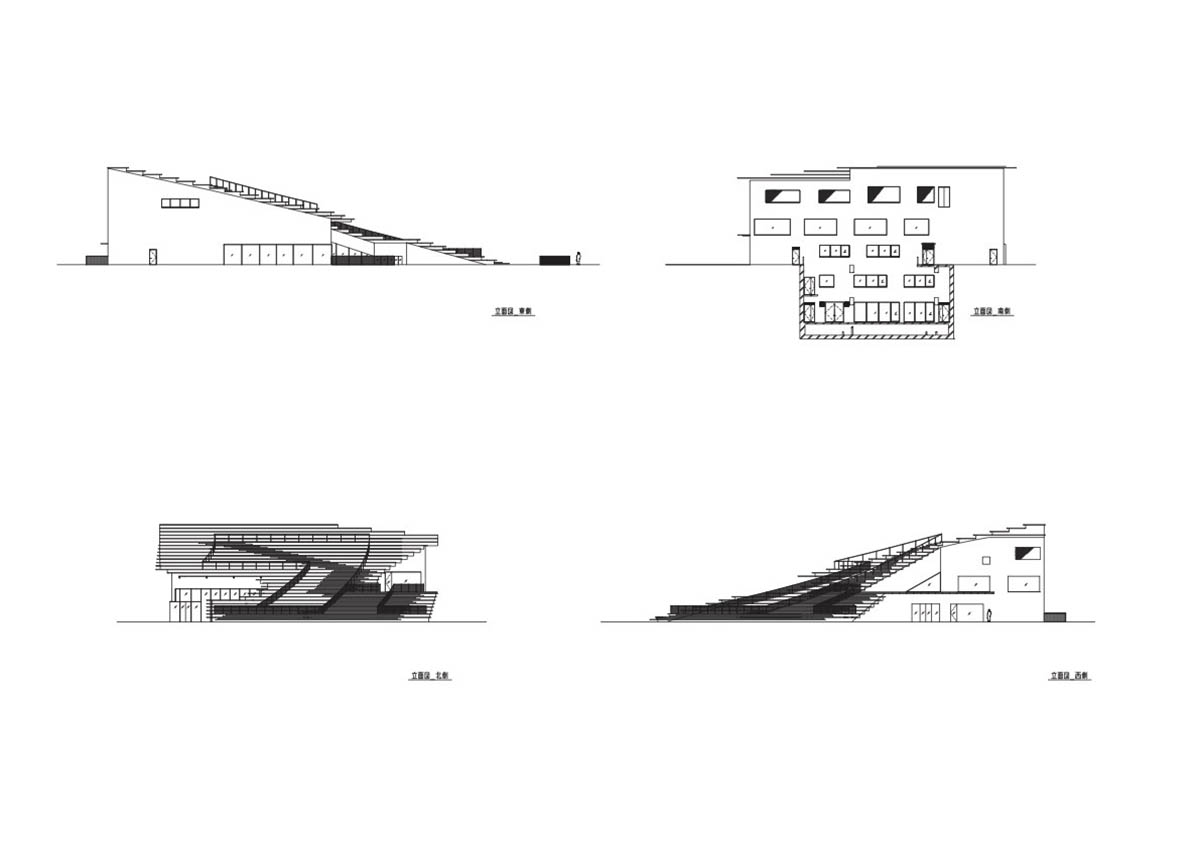 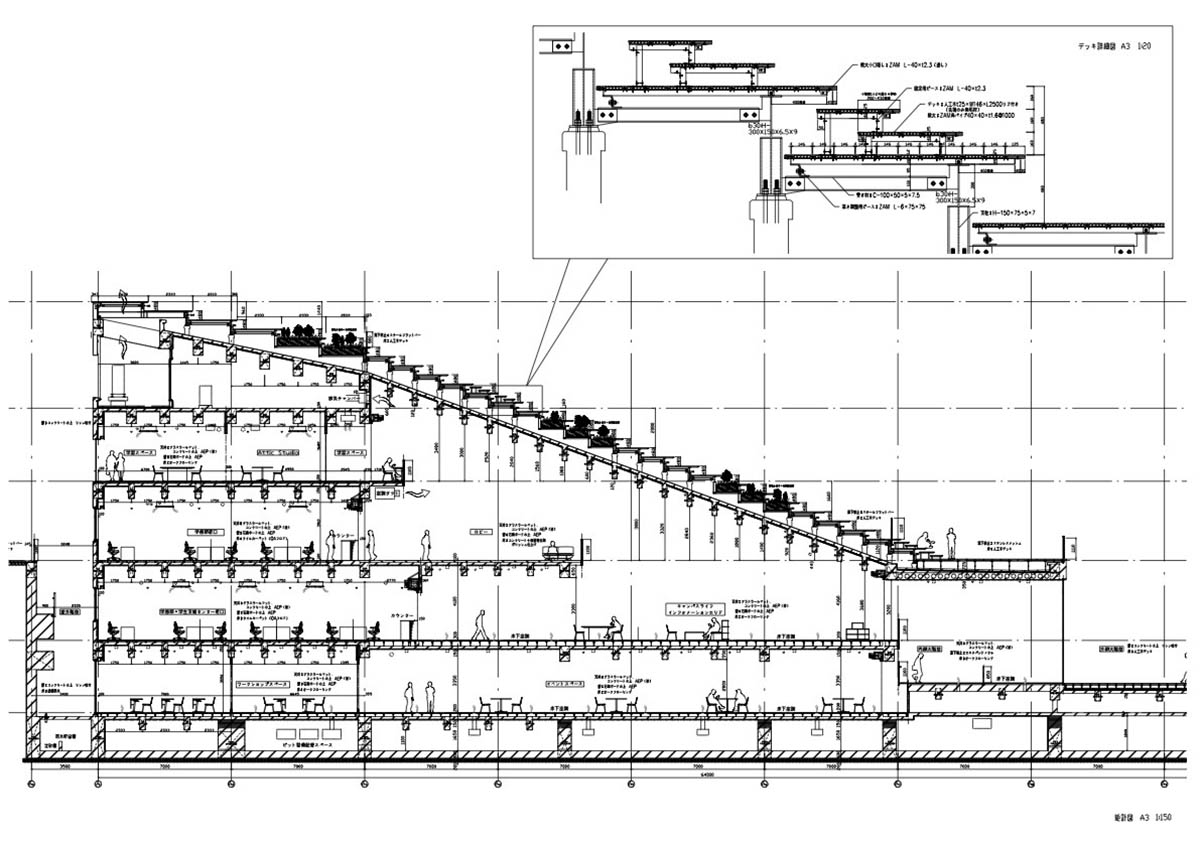 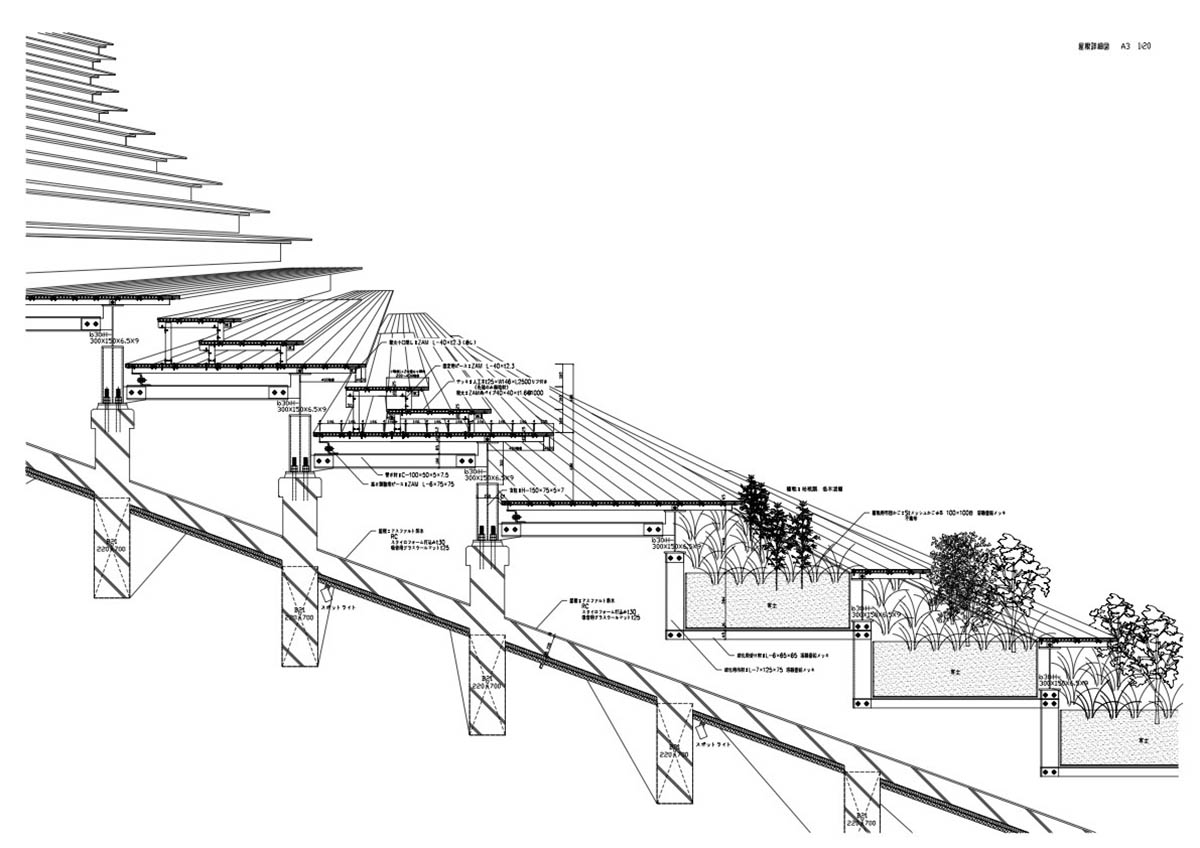 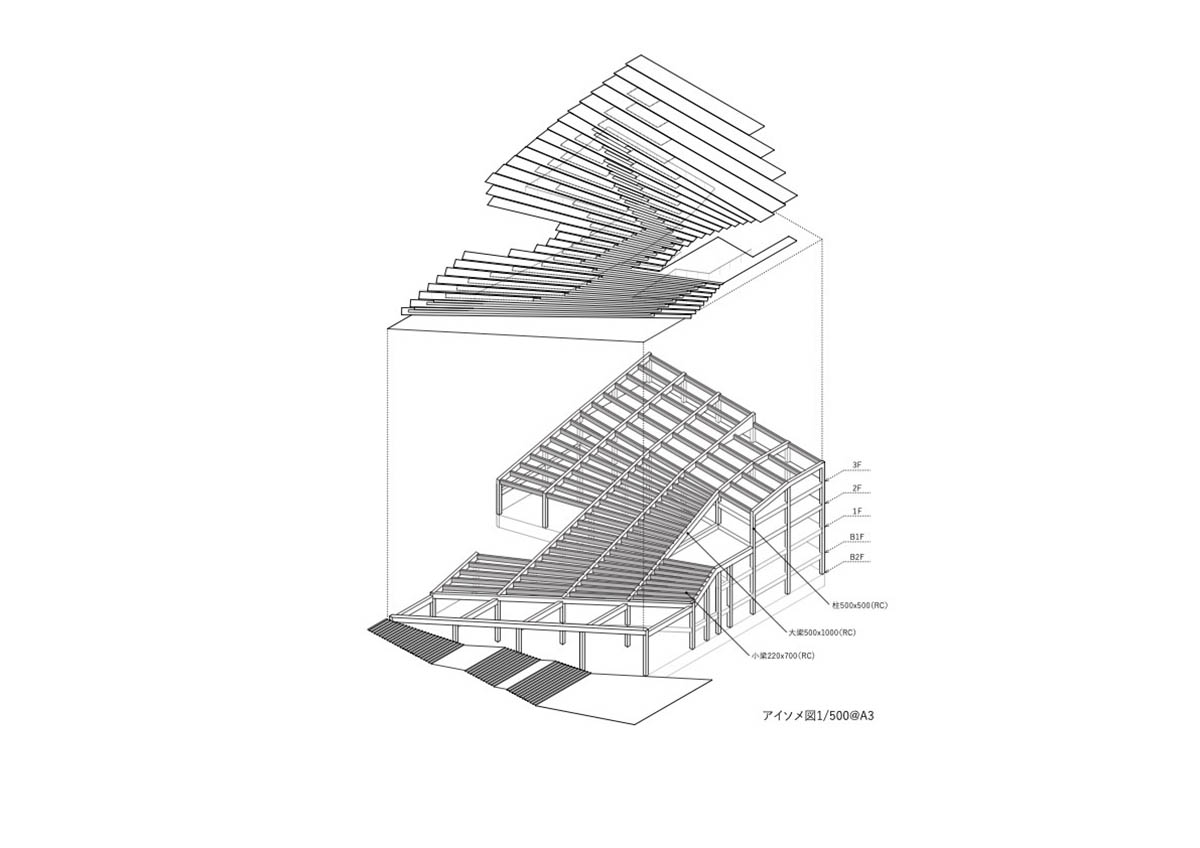 Kengo Kuma And Associates revealed plans to add sculptural portals to historic Angers Cathedral in France. The office also created a metal curtain with shades of grey at the Atrium of Casa Batlló in Spain.