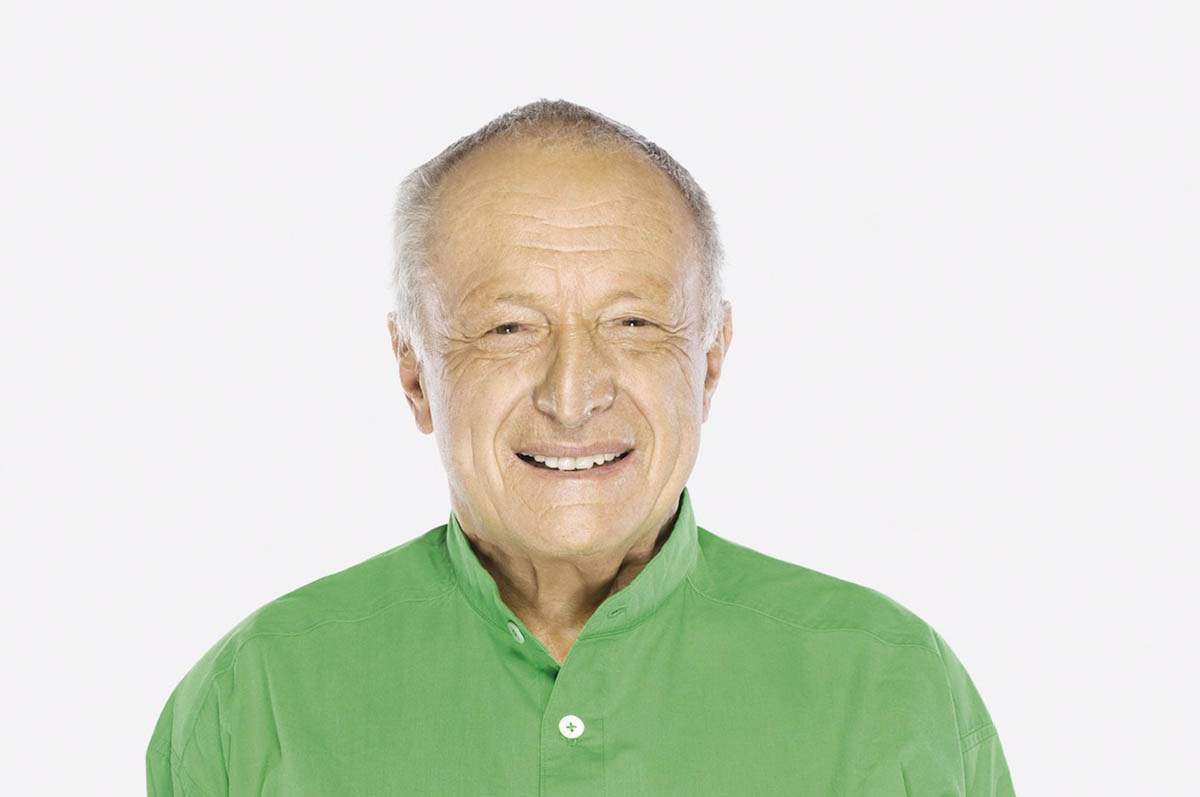 Italian-British architect and the pioneer figure of high-tech architecture Richard Rogers has died at the age of 88.

Rogers, one of the world's acclaimed architects and behind significant projects the Lloyd's building in London and the Centre Pompidou in Paris, has passed away in his home in London on Saturday, confirmed in a statement by Rogers Stirk Harbour + Partners (RSHP), which he founded in 1977.

He was awarded the top architecture prizes during his career, including the 2007 Pritzker Architecture Prize and the RIBA Gold Medal in 1985, the American Institute of Architect's Gold Medal in 2019, the 1999 Thomas Jefferson Memorial Foundation Medal.

Rogers was also awarded the 2000 Praemium Imperiale Prize for Architecture from the Japan Art Association and the 2006 Golden Lion for Lifetime Achievement (La Biennale di Venezia) and the 2007 Tau Sigma Delta Gold Medal. 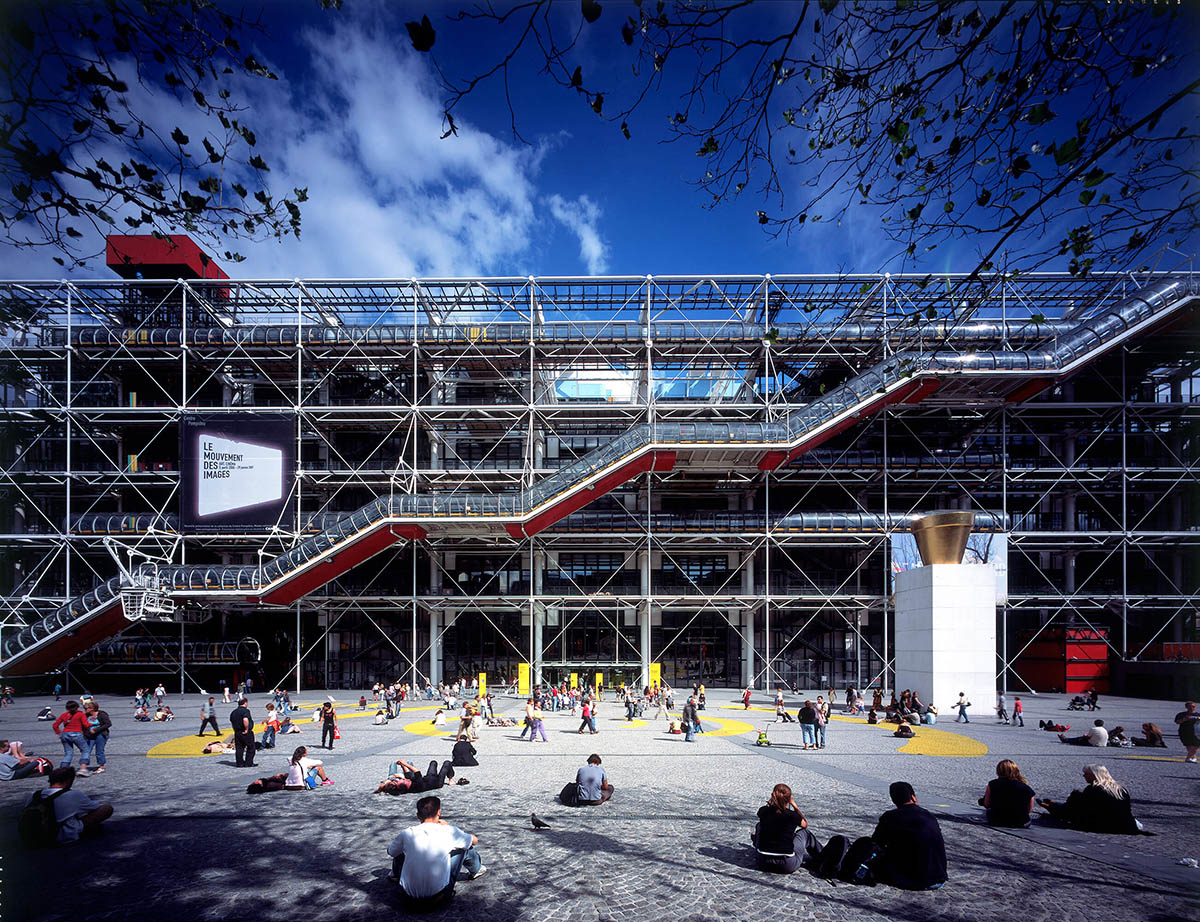 "For the four decades and more that we have all variously shared with him, he will be remembered as a colleague and friend, who was gregarious, always completely free of status, always inclusive, always exploring and looking ahead."

"A man of immense drive and charisma, he was equally a man of civility and integrity, dedicated to the art and science of architecture, of urbanism, the life of the city, of political commitment and positive social change."

"His love of people, of discussion, the sharing of views, of exploring new paths and of co-operative and creative working, was reflected in the practice he founded, and which continues to espouse and develop those ideals today."

"Richard lived his family and professional life as one and our thoughts and condolences are very much with his family today," added the statement. 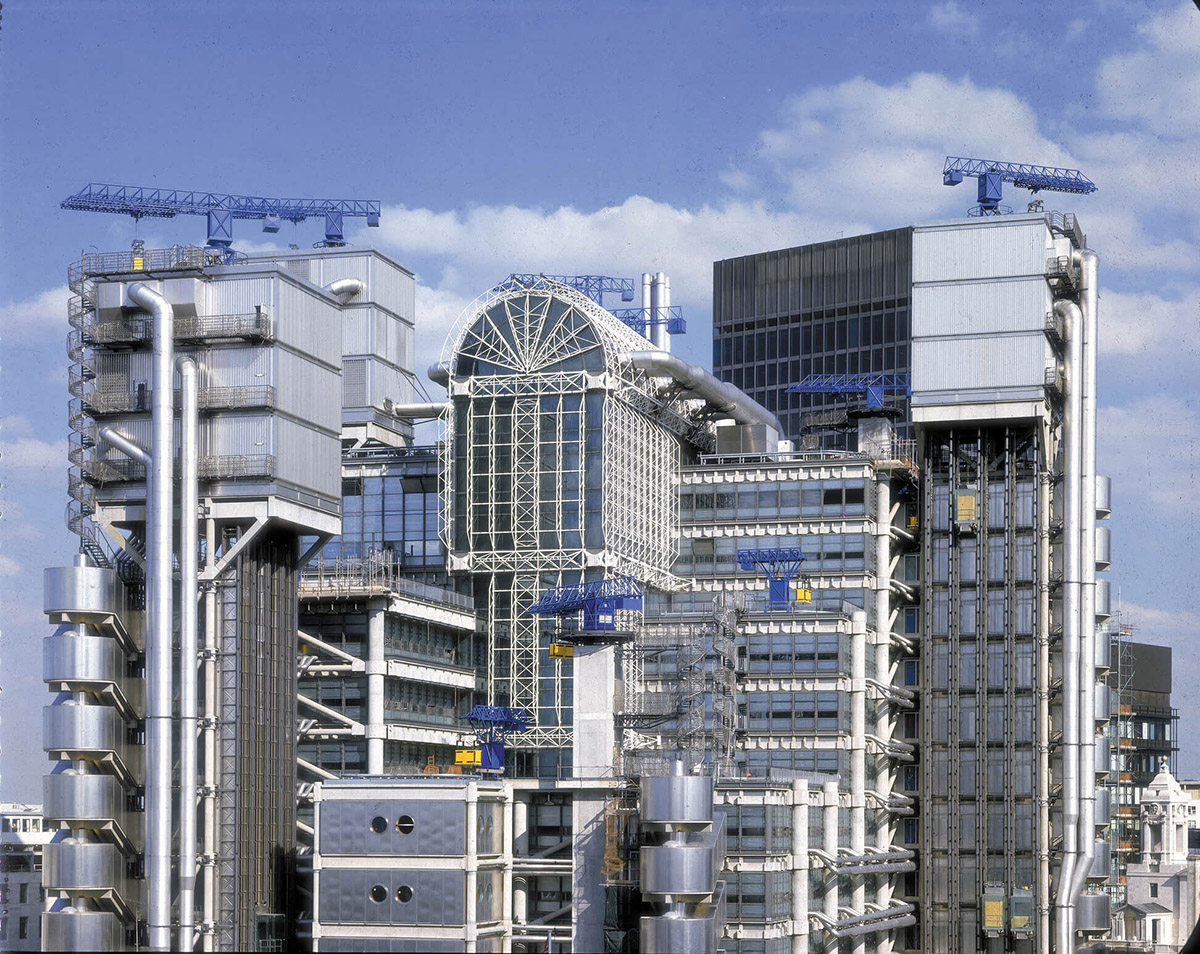 The Lloyd’s of London by Rogers Stirk Harbour + Partners (RSHP) completed in 1986. Image courtesy of RSHP

He returned to the UK in 1963, he, Norman Foster and Brumwell established architectural studio Team 4 with Su Brumwell and Wendy Cheesman - later Brumwell married with Rogers and Cheesman married with Foster.

After completed a couple of projects during this time, Rogers and Foster laid the foundations of high-tech architecture, a type of Late Modern architectural style emerging in 1970s based on incorporating elements of high tech industry and technology. 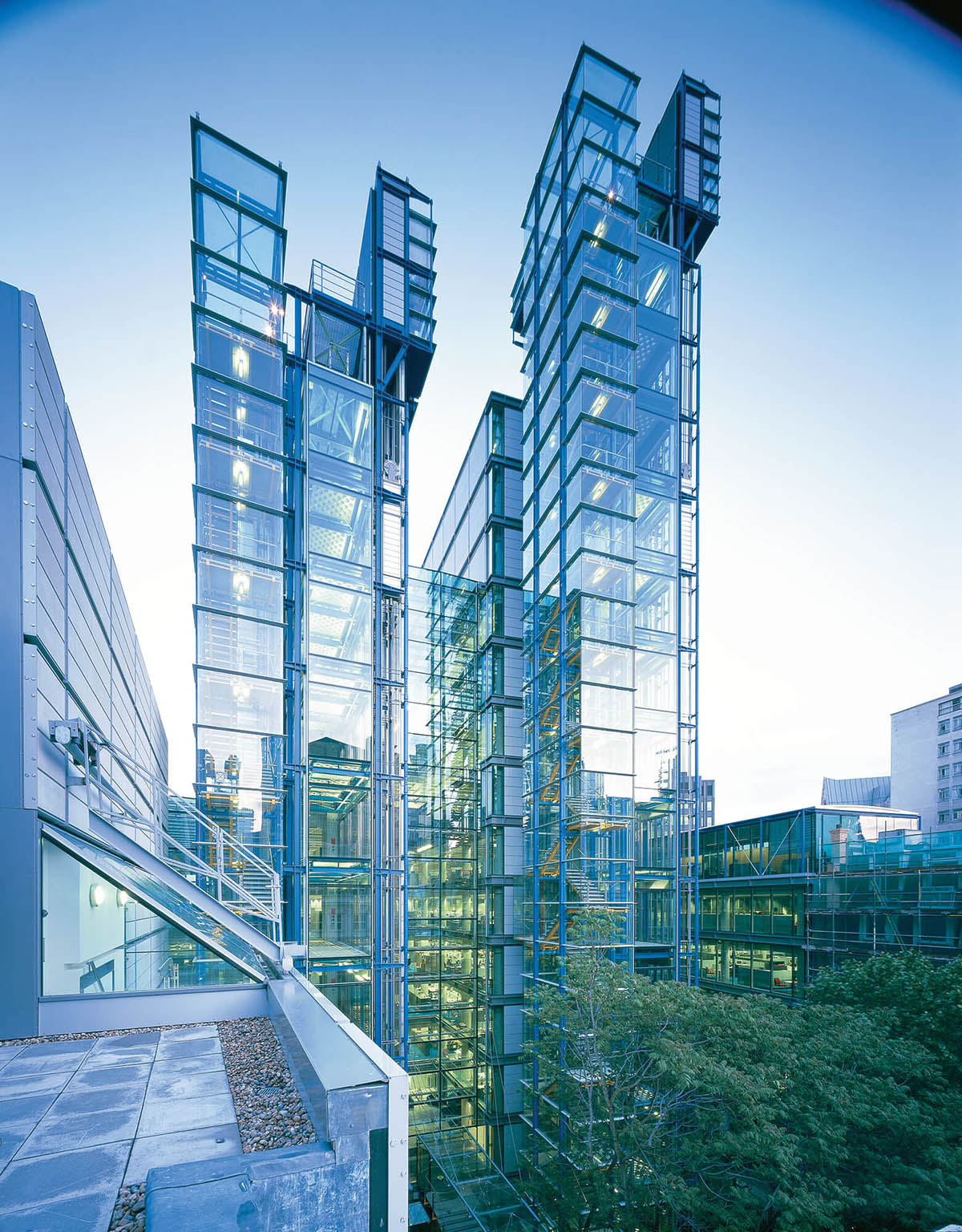 In 1967, after Team 4 split up, Rogers continued to collaborate with Su Rogers, along with John Young and Laurie Abbott. Over the years, Rogers' projects continued to focus on prefabrication and structural simplicity, and one of the great examples of his works, he designed a Wimbledon house for his parents and a blueprint for industrialised housing.

The Wimbledon House now serves for the Harvard GSD's primary residence and London venue for the Richard Rogers Fellowship. 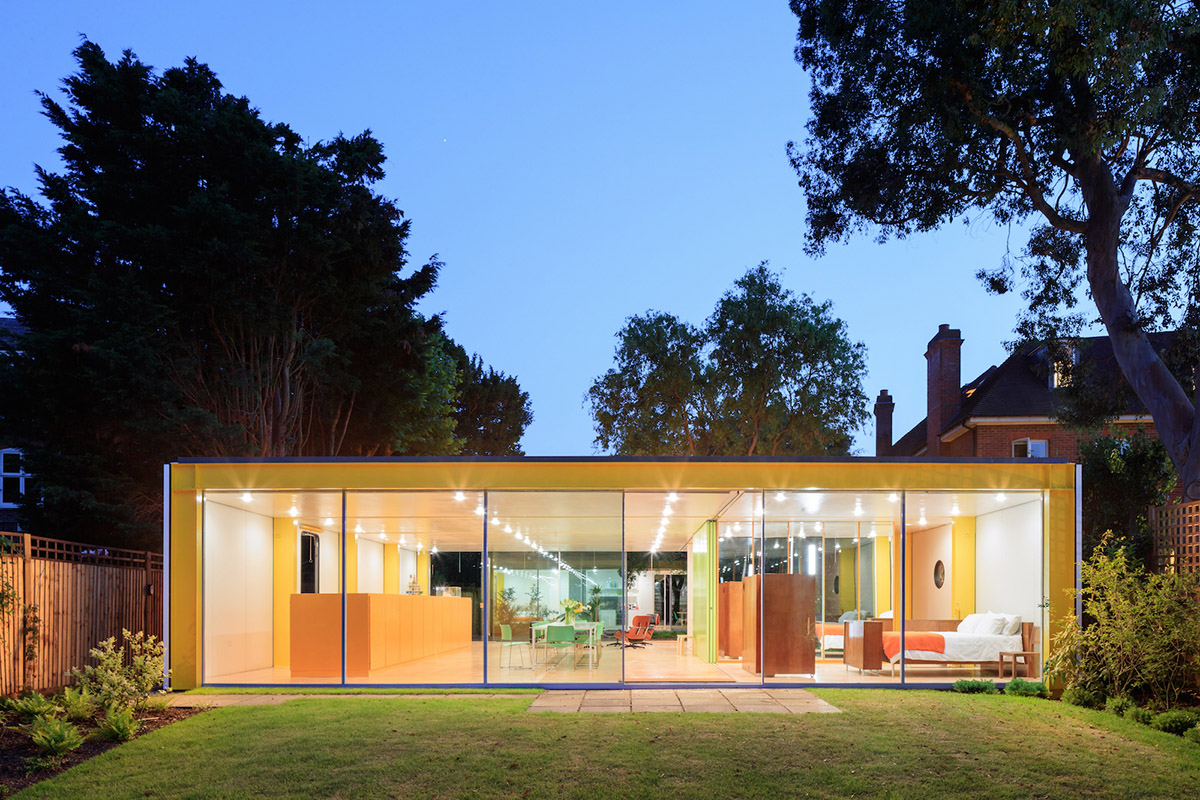 In 1970s, Rogers collaborated with Italian architect Renzo Piano to pave the way of his career, Rogers worked as project partner on the design of Centre Pompidou in Paris, working with alongside Gianfranco Franchini and a team from Ove Arup and Irish engineer Peter Rice.

After working with Piano, Rogers established the Richard Rogers Partnership along with Marco Goldschmied, Mike Davies and John Young in 1977, then this collaboration became Rogers Stirk Harbour + Partners in 2007.

Completed in 1977, the Centre Pompidou in Paris has been one of his well-known high-tech, modernist and functionalist projects to date.   The Pompidou Centre, the largest museum for modern art in Europe, is set to be closed for a three-year major renovation work from 2023 to the end of 2026.

Other significant projects of Richard Rogers include the Millennium Dome both in London, the Senedd in Cardiff, and the European Court of Human Rights building in Strasbourg, NEO Bankside, The Leadenhall Building and Heathrow Airport's Terminal 5 building. 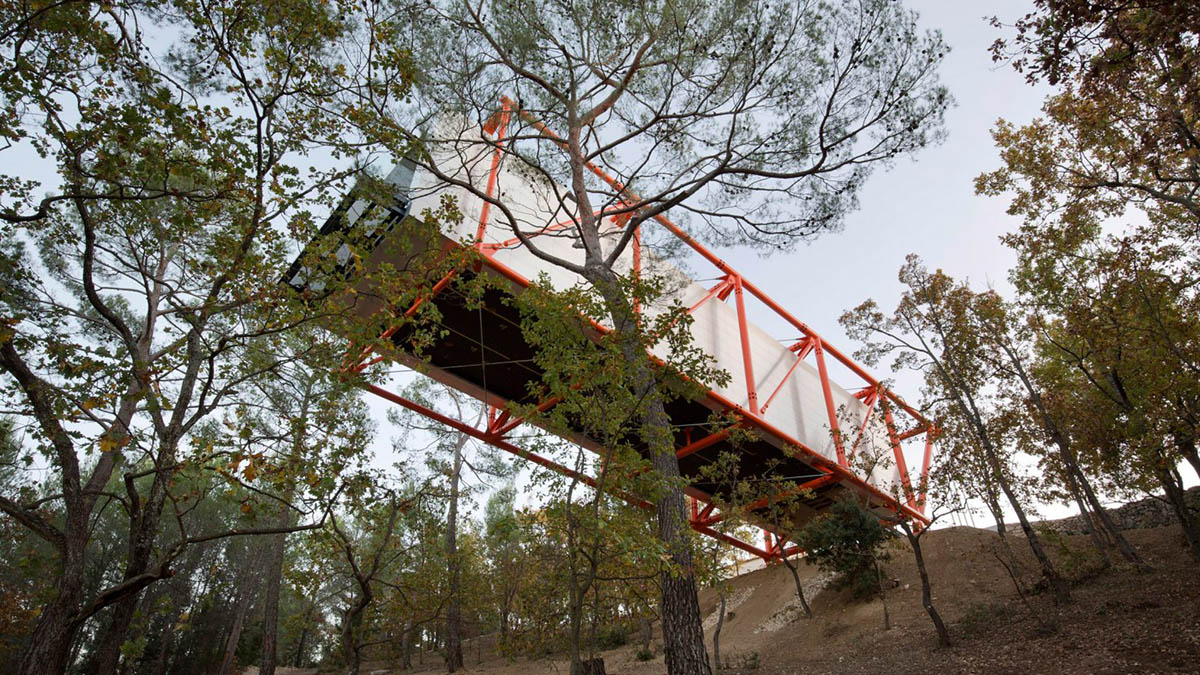 Drawing Gallery in Château La Coste’s vineyard, the gallery is the final work of the architect he designed before his retirement from the practice Rogers Stirk Harbour + Partners (RSHP) in 2020. Image © Stéphane Aboudaram / We Are Content(s)

In 2020, Richard Rogers stepped down as Director of Rogers Stirk Harbour + Partners.

"Architecture is too complex to be solved by any one person…I enjoy the dynamic that flows when different disciplines, from sociology to mathematics, engineering to philosophy, come together to create solutions," Rogers had said in one of his statements.

"This integration creates an ethos that best serves, and an aesthetic that best symbolises, the modern world. No-one is more integral to the clarity of a project than an enlightened client."