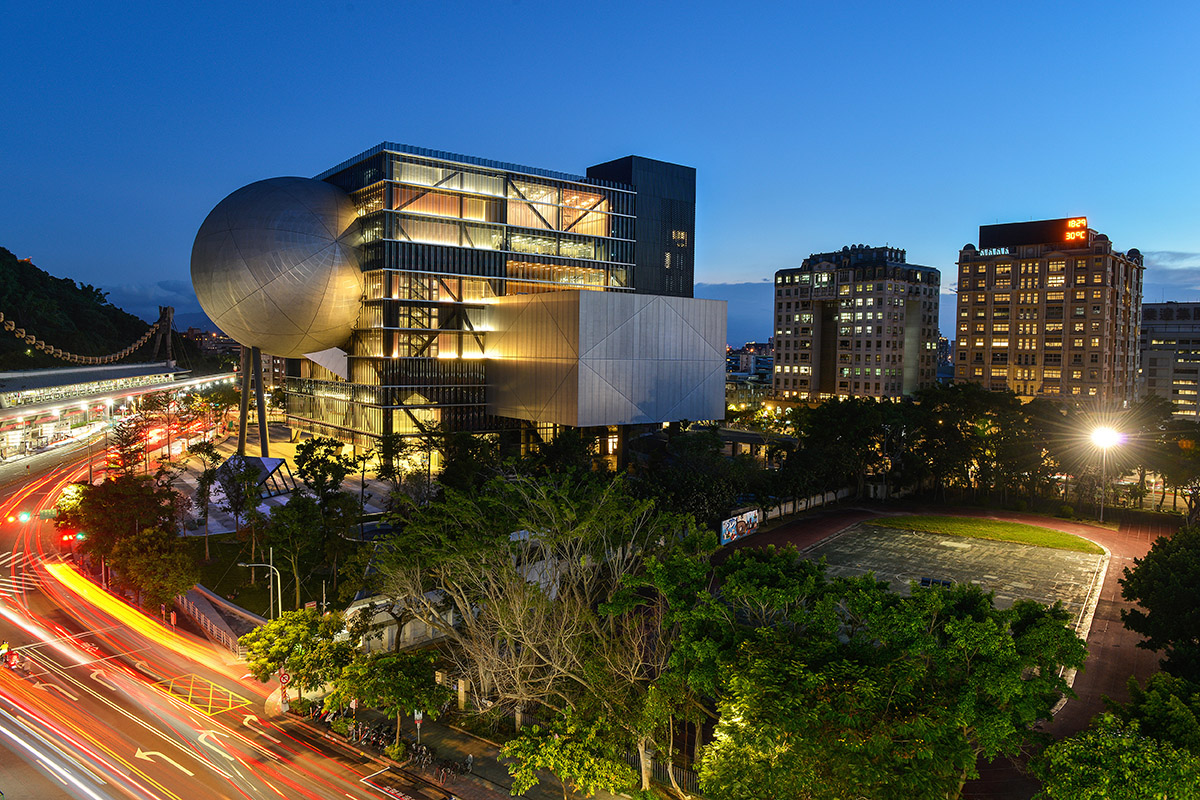 Described as Asia’s most important cultural development in 2022, the new Taipei Performing Arts Center by OMA is set to be opened in summer 2022.

As the monumental 59,000-square-metre complex is nearing completion, the building is marked with its three-lifted theaters from the central cube: multiform theatre, grand theatre and proscenium theater, Globe Playhouse.

Designed as a new spectacular landmark of Taiwan, the arts center will become the epicentre of the island’s vibrant contemporary culture where no subject matter and technical demand is off limits. 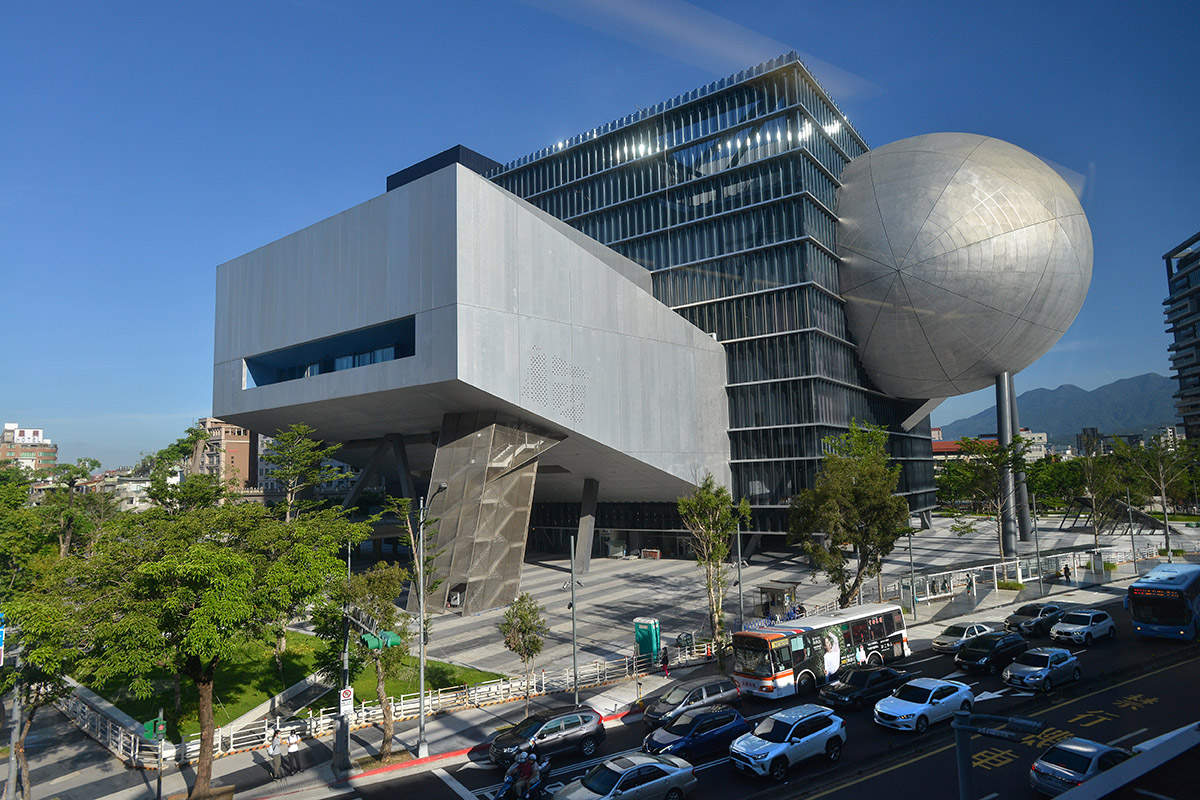 Commissioned by the Taipei City Government to foster the development of the arts, the project has been under construction since 2014. A set of new photographs were revealed for the project in 2019.

The complex floats above the bustle of Taipei’s famous Shilin Night Market, renowned for its pulsating street life and as an international foodie destination.

OMA's futuristic design reverses the standardised model of contemporary theaters and embraces "inclusivity, reflecting the liveliness and open-mindedness of Taipei and its people." 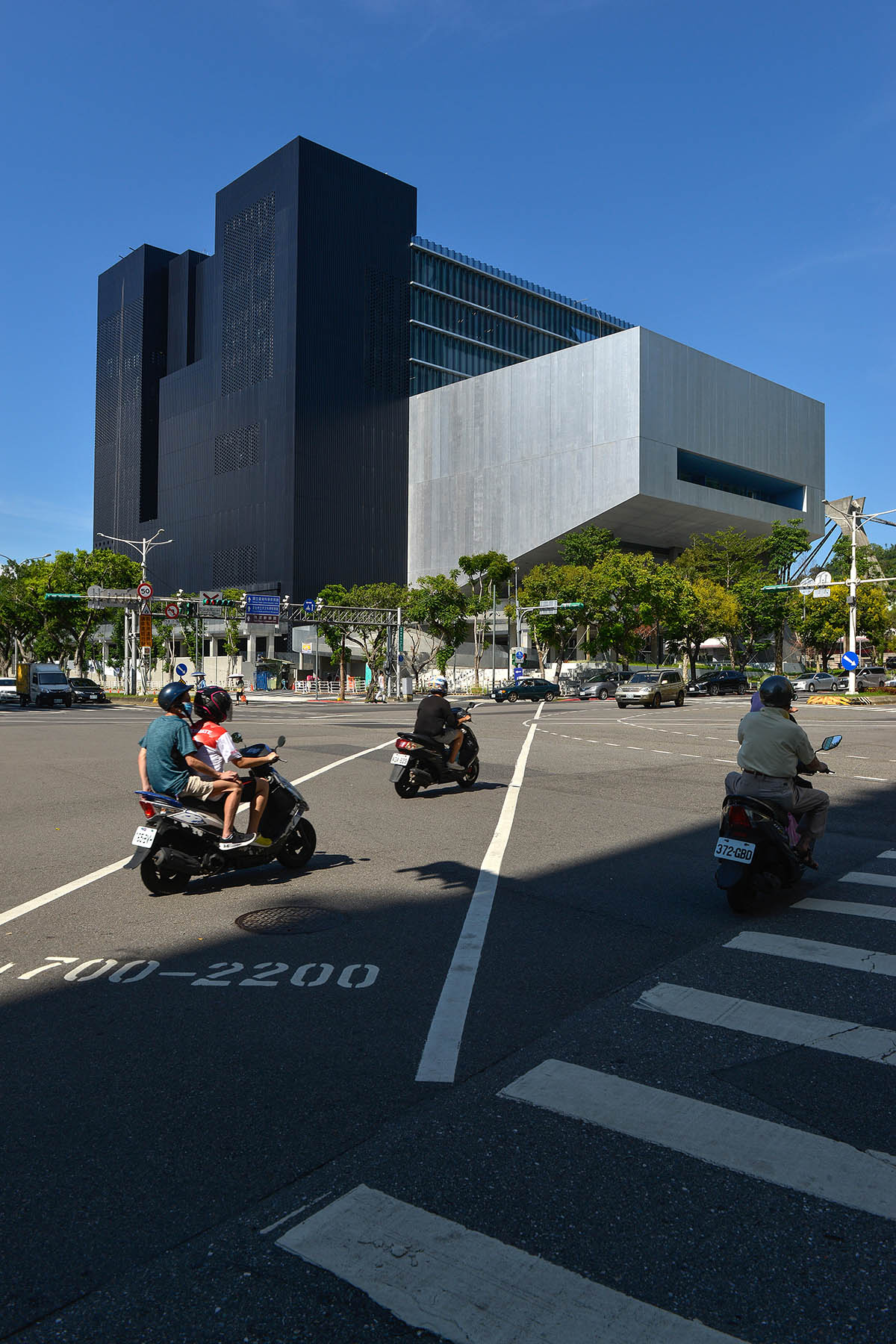 The spherical 800-seat proscenium theater, Globe Playhouse, resembles a planet docking against the cube, while the Grand Theater is a 1500-seat space for a wide variety of performing arts genres.

Opposite to it and on the same level is the 800-seat multiform theater, Blue Box, for the most experimental performances.

When coupled, the two theaters become the 2,300-seat Super Theater, a massive space with factory quality.  Equipped with facilities to meet the most challenging pyrotechnical demands of contemporary theater, the spaces have been specially designed to offer new theatrical opportunities. 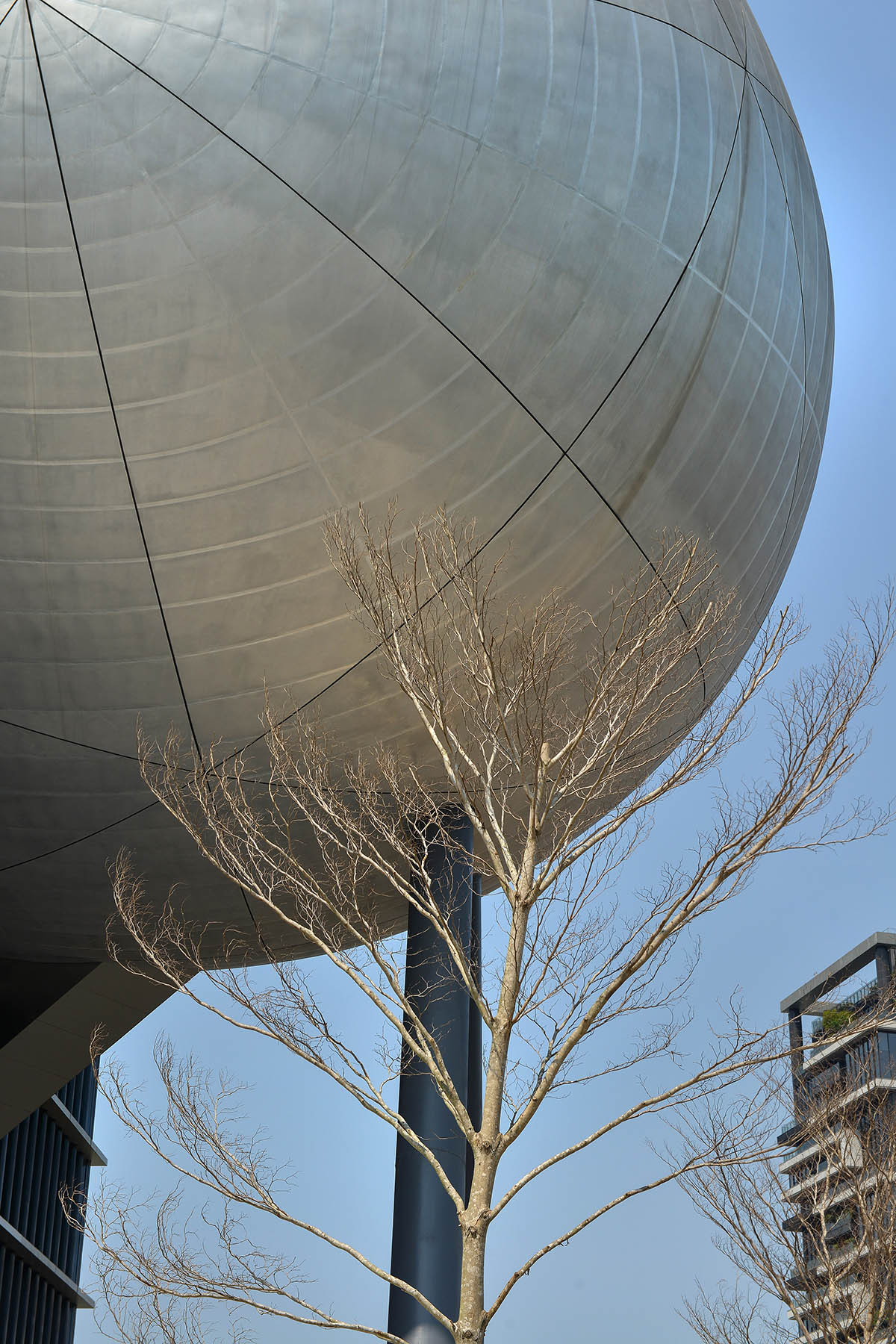 "Taipei has a unique kind of creative energy that extends to every aspect of life," said Rem Koolhaas, OMA Founding Partner.

"Taipei Performing Arts Center, formed with a strong technical core and the more emotional theaters docked against it in mutual dependency, at once embodies new organization for theater, and works as a fresh, intelligent icon that encapsulates the city's creativity."

"This is a new kind of theater for artists, audiences, and the public to explore the creative life in novel ways." 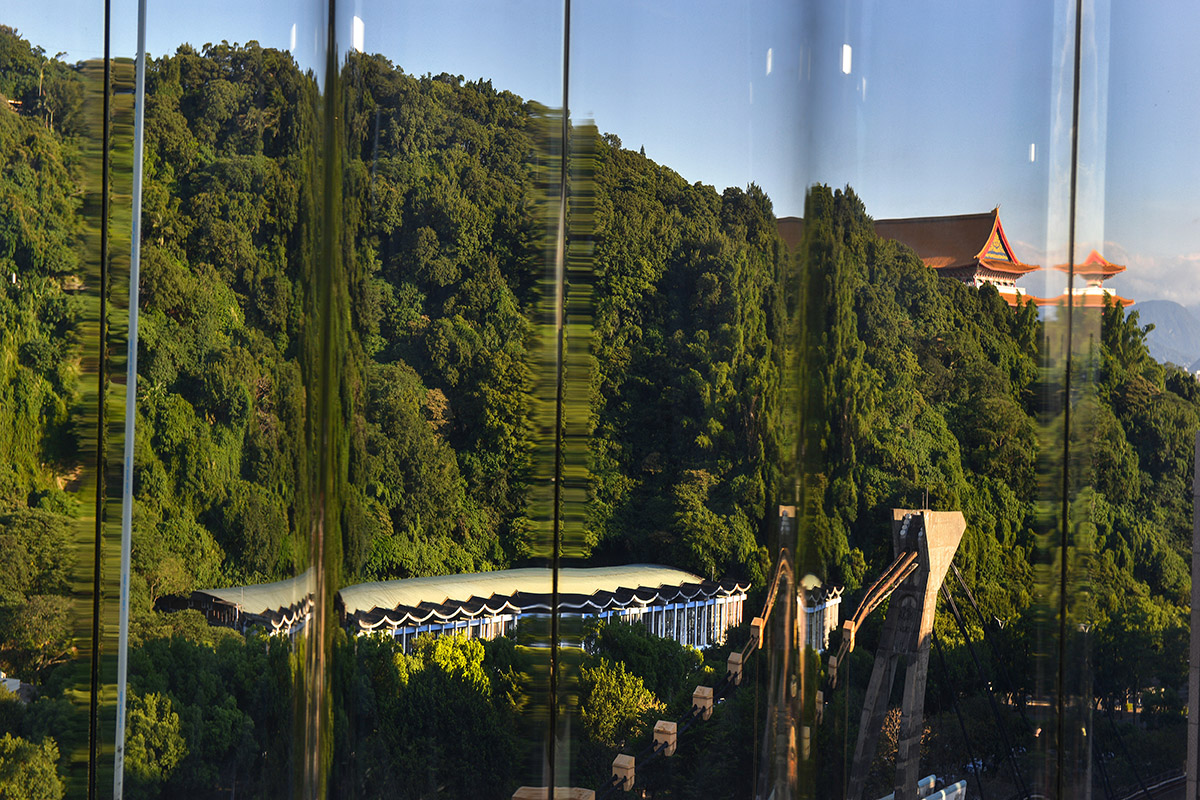 The general public, with or without a ticket, is invited into the center through a public loop that runs through the theater’s infrastructure and production spaces typically hidden from view. Portal windows along the loop allow visitors to peer into performances and technical spaces between the theaters.

"OMA has created for Taipei a world class arts centre for the world.  We look forward to welcoming audiences as well as artists from across the globe to work with Taiwanese artists to create new works that respond to most urgent issues facing our time," said Liu Ruo-yu, Chairman of Taipei Performing Arts Center.

"We hope Taiwan will learn from the world through these international collaborations, as the world gains a greater understanding of the history, culture and people of Taiwan." 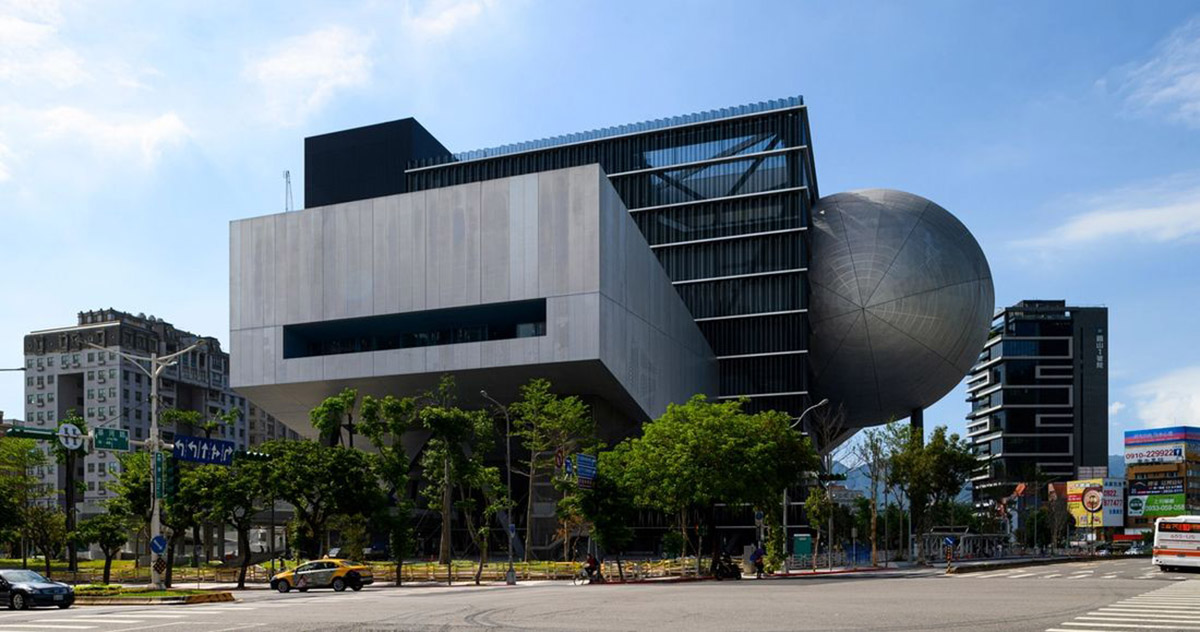 "Our mission is to become the centre of creativity for Taiwan’s contemporary life, where diverse talents and points of views across generations can mingle and flourish." 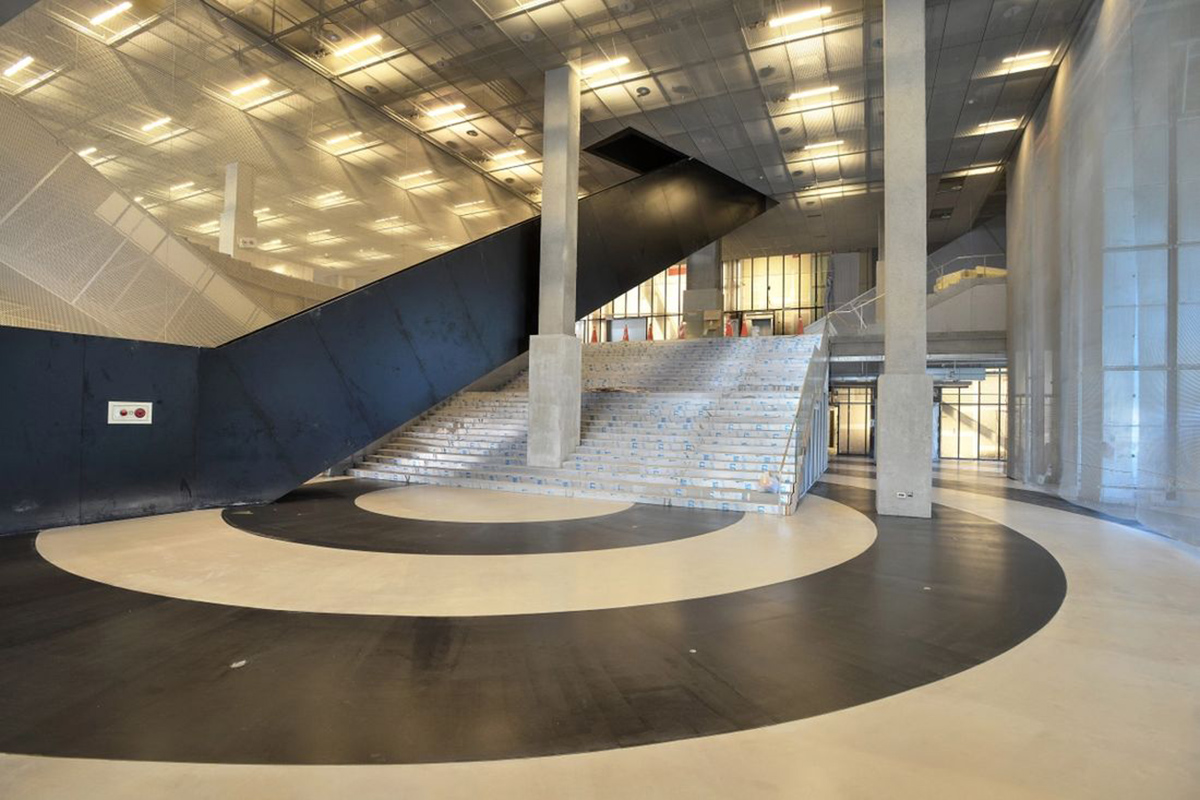 As OMA states in its project description, "Taipei Performing Arts Center is an architecture in limbo: specific yet flexible, undisrupted yet public, iconic without being conceived as such."

The building will feature opaque facades, these theaters will appear as mysterious elements against the animated and illuminated central cube clad in corrugated glass.

There is a landscaped plaza beneath the compact theatre is a further stage for the public to gather, at this dense and vibrant part of Taipei.

All images © OMA by Chris Stowers unless otherwise stated.