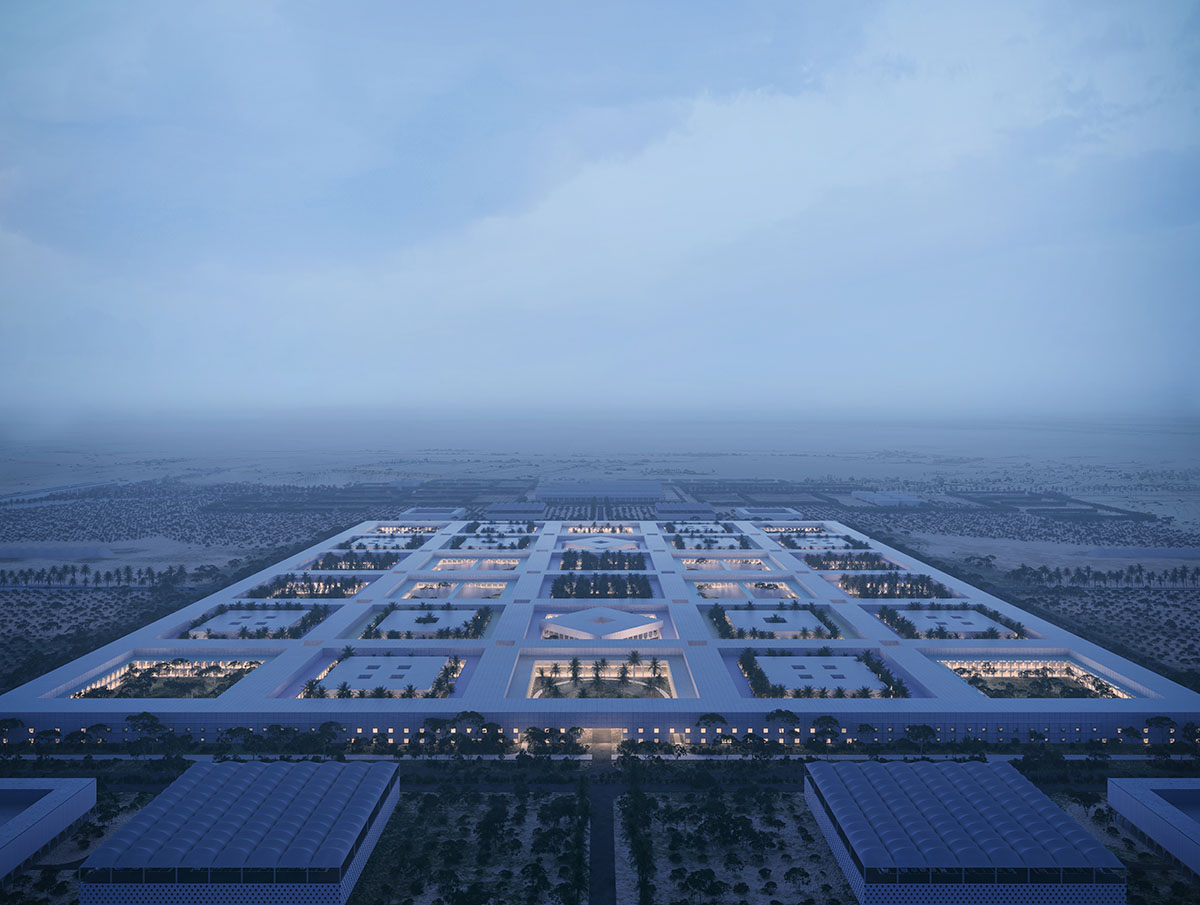 OMA and Buro Happold have unveiled design for a new, autonomous health district in Doha, aiming to achieve low-cost construction challenging to traditional hospital models developed in the West.

The 629,000-square-metre project is developed with British engineering consultancy firm Buro Happold. Released as the finalized design of the masterplan, the project was commissioned by Hamad Medical Corporation (HMC). 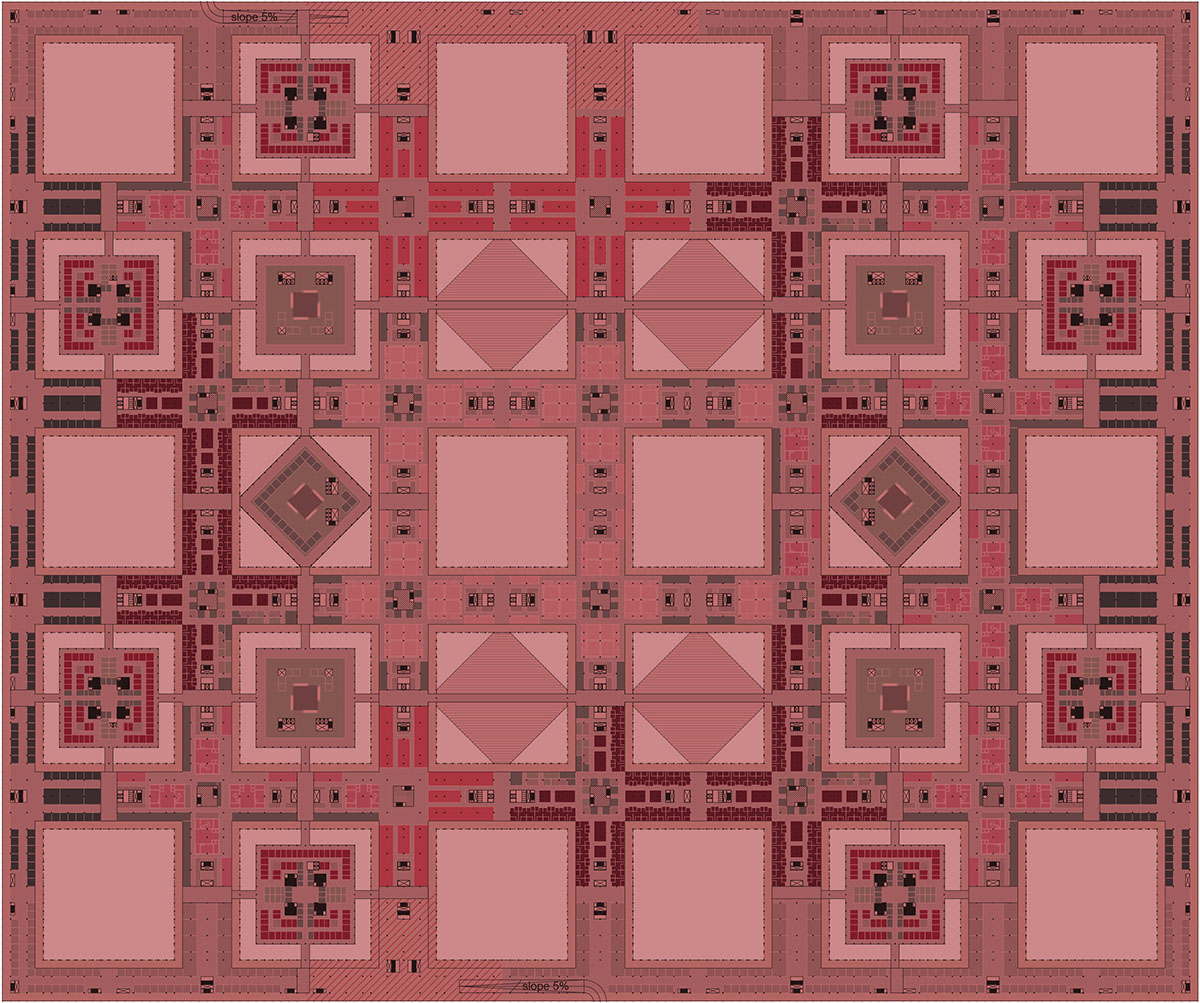 Located on a 1.3 million-sqm plot of virgin land, the project explores the potential of modularity, prefabrication, and automation in relation to the rapid changes in medical science.

Drawn on a grid system, a two-storey structure will be the centerpiece of the district, which will bring together a tertiary teaching hospital, a women’s and children’s hospital and an ambulatory diagnostics center, with a total capacity of 1,400 beds. 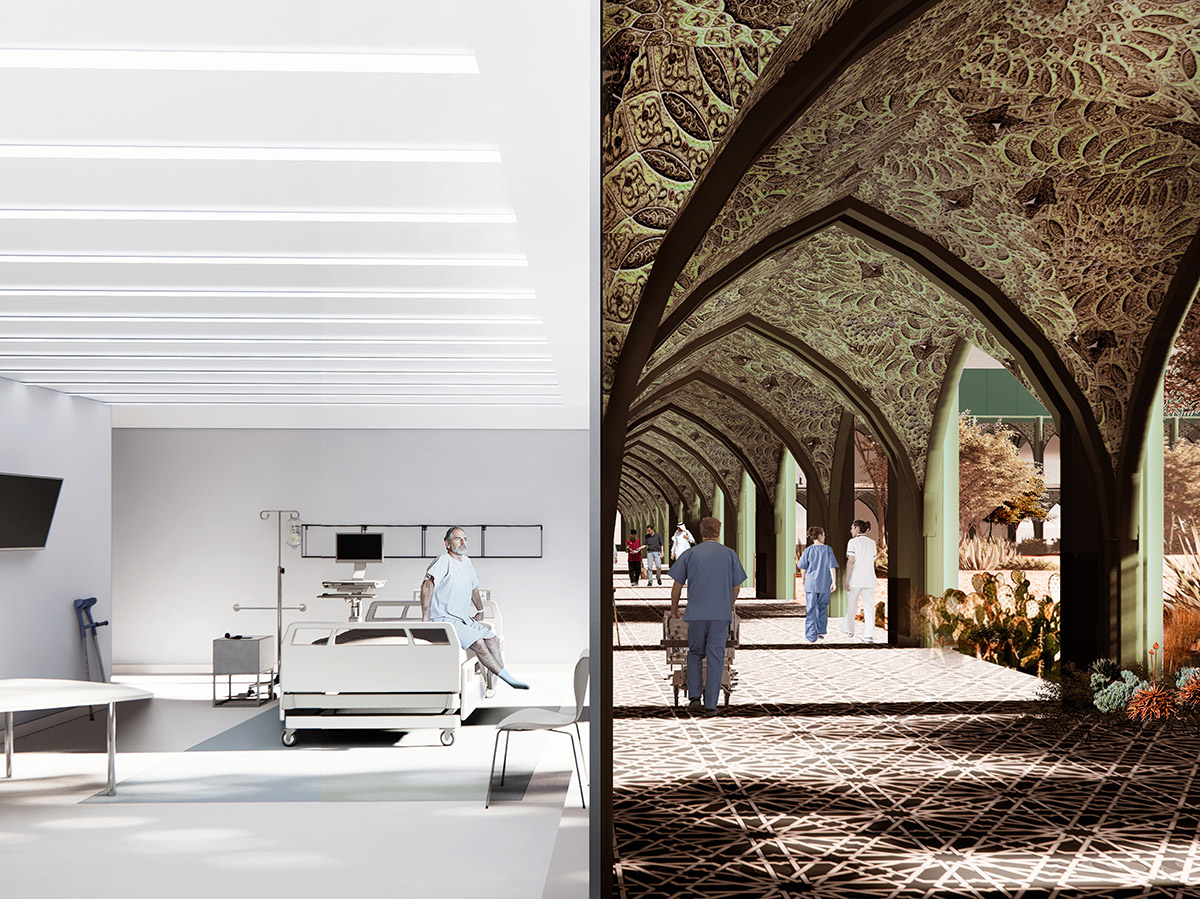 On the first floor, clinical facilities will be placed, while bed wards will be located on the ground floor, aiming to reduce the dependency on elevators and allow patients to enjoy the complex’s generous gardens – healing spaces with a long history in Islamic medical architecture.

The buildings is comprised of cross-shaped modular units which will be prefabricated onsite. They can be reconfigured and expanded with minimal disruption to ongoing processes, significantly lowering the cost of future adaptations. 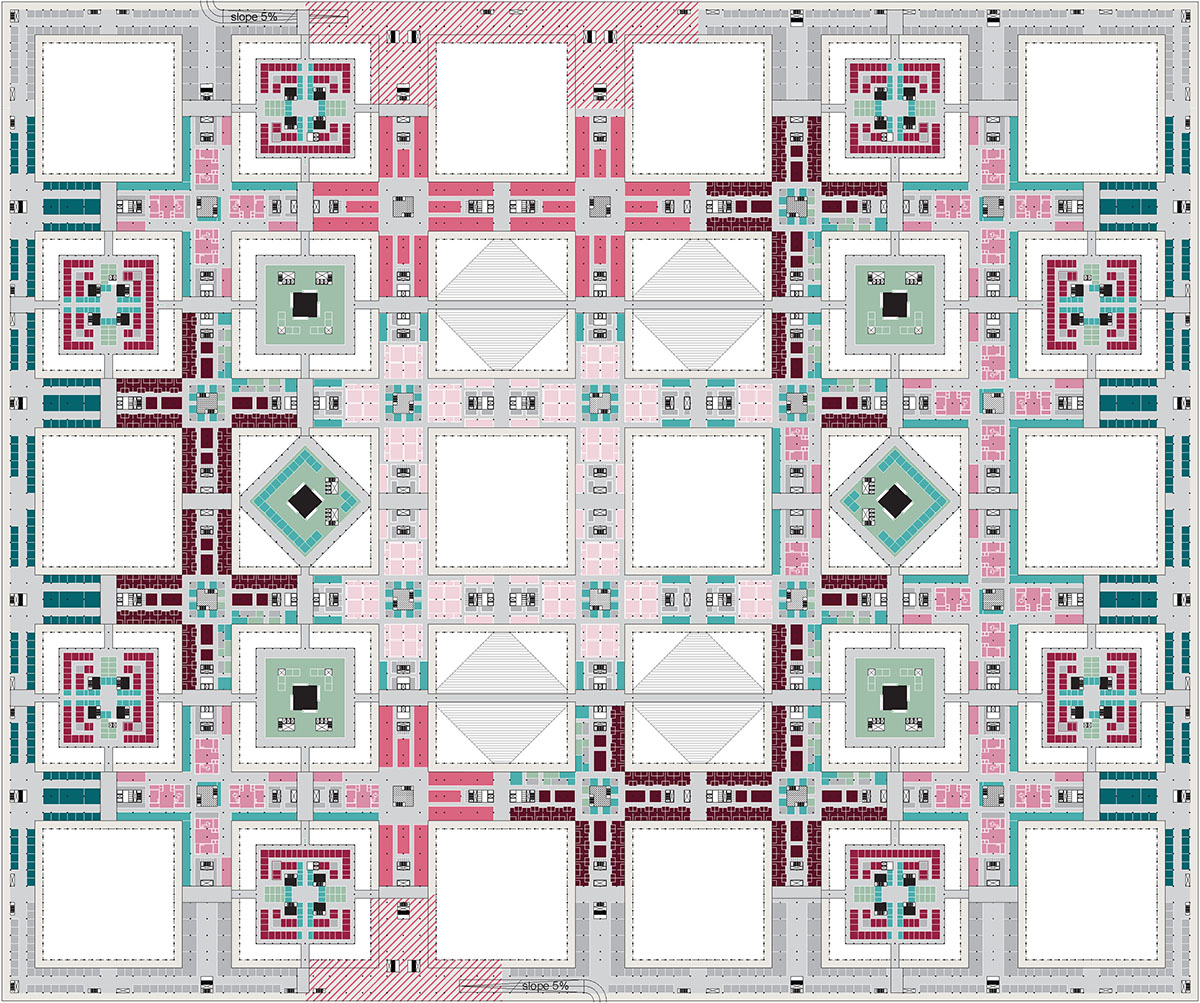 "3D-printing allows for endless variations in the design of the facades, reintroducing ornament in an architectural typology usually characterized by austerity," said OMA.

The masterplan will also contain a high-tech farm that supplies food and medical plants for the local production of medicine. All supporting facilities will be connected to the hospitals by an automated underground circulation system. 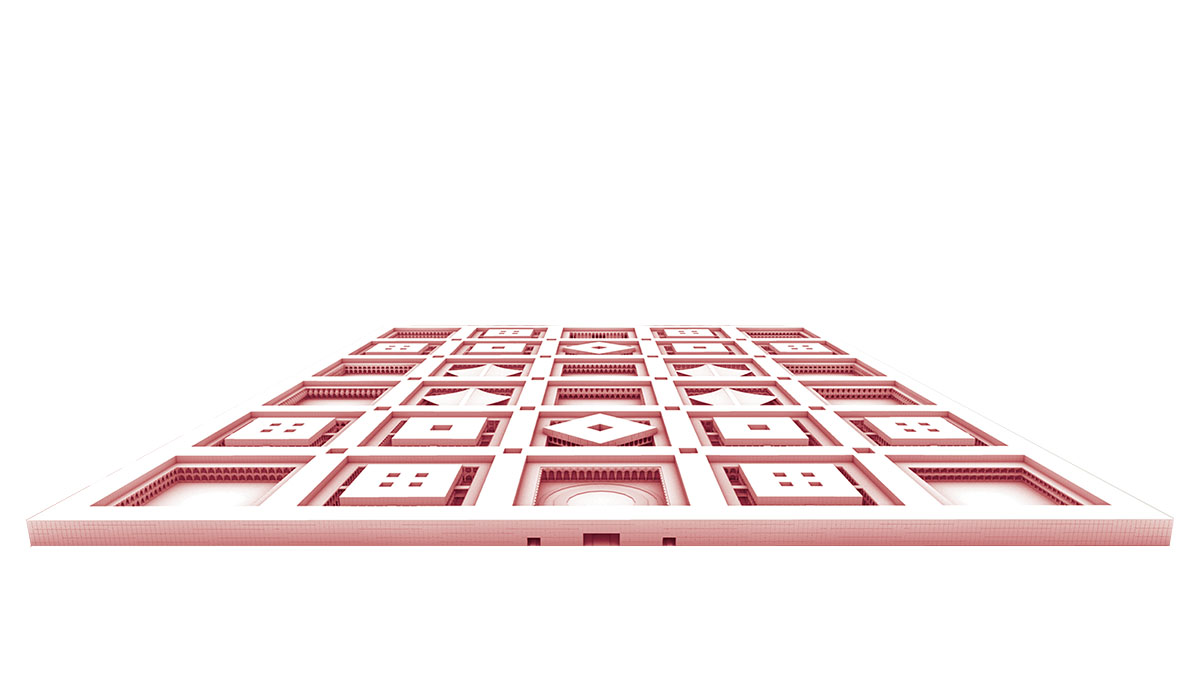 There will be a dedicated logistics center and solar farm that enable the district to function autonomously.

"Architects have long aimed to provide the hospital with a final solution," said Reinier de Graaf, who previously created a 12-minute short film that interrogates the prevailing conventions of the field of healthcare design as part of the exhibition Twelve Cautionary Urban Tales at Matadero Madrid Centre for Contemporary Creation in early 2020.

"This proposal starts from the opposite end: viewing the hospital as the type of building that is forever under construction, as an organism for which space and time must be considered equally," he added. 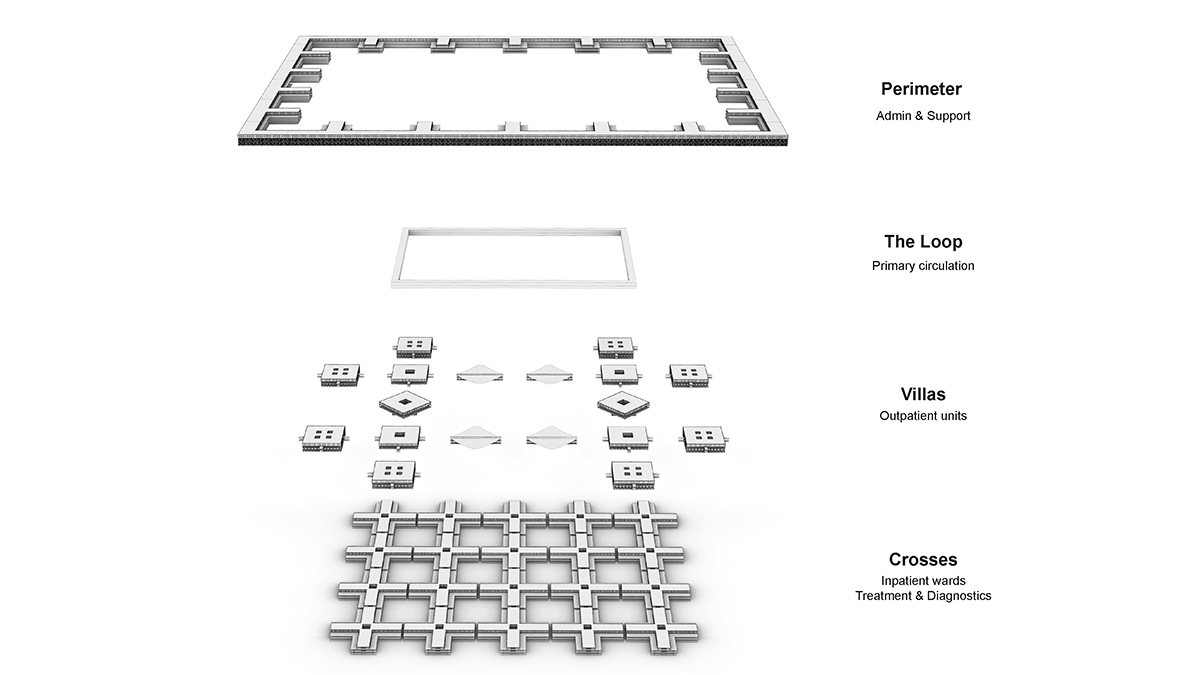 The Al Daayan Health District Buildable aims to achieve a low-cost construction, with minimum reliance on global supply chains. As OMA stated, "the project intends to establish itself as a prototype which can be adopted globally – an alternative to prevailing hospital models developed in the West." 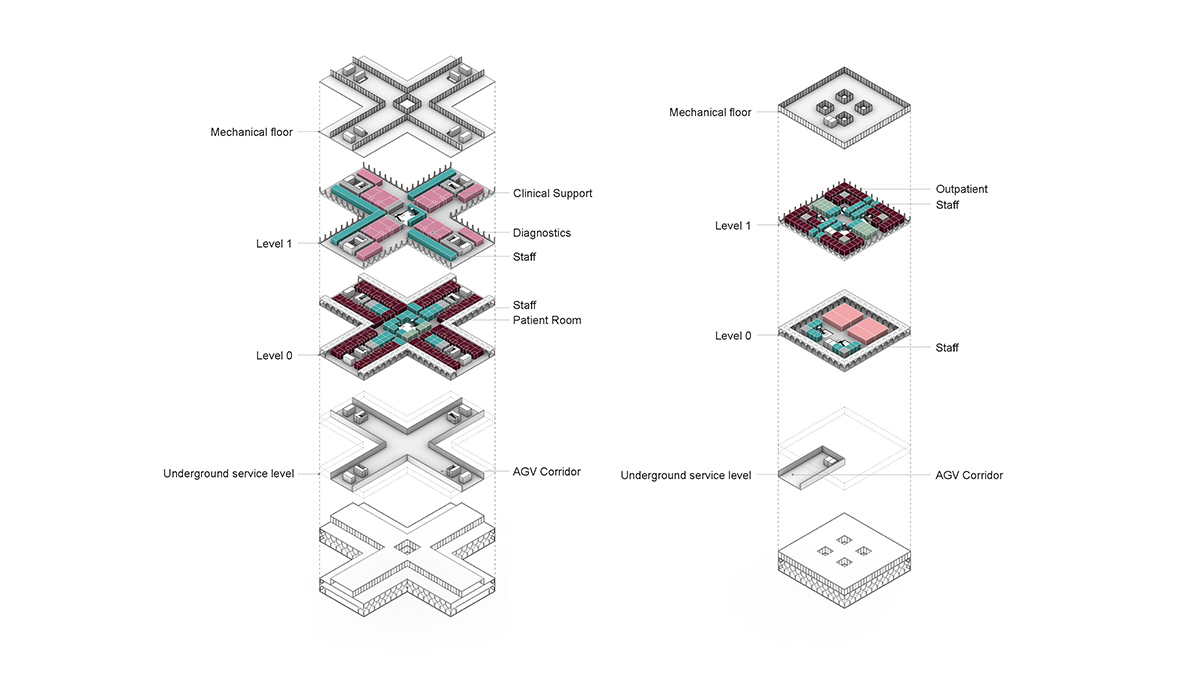 "Medical innovation is advancing exponentially; meanwhile the time to realize a hospital has hardly changed since the 1950s. This project hopes to offer a way out of that situation, defining the hospital of the future by embracing the unknown future of the hospital itself," said Sean Madden of HMC. 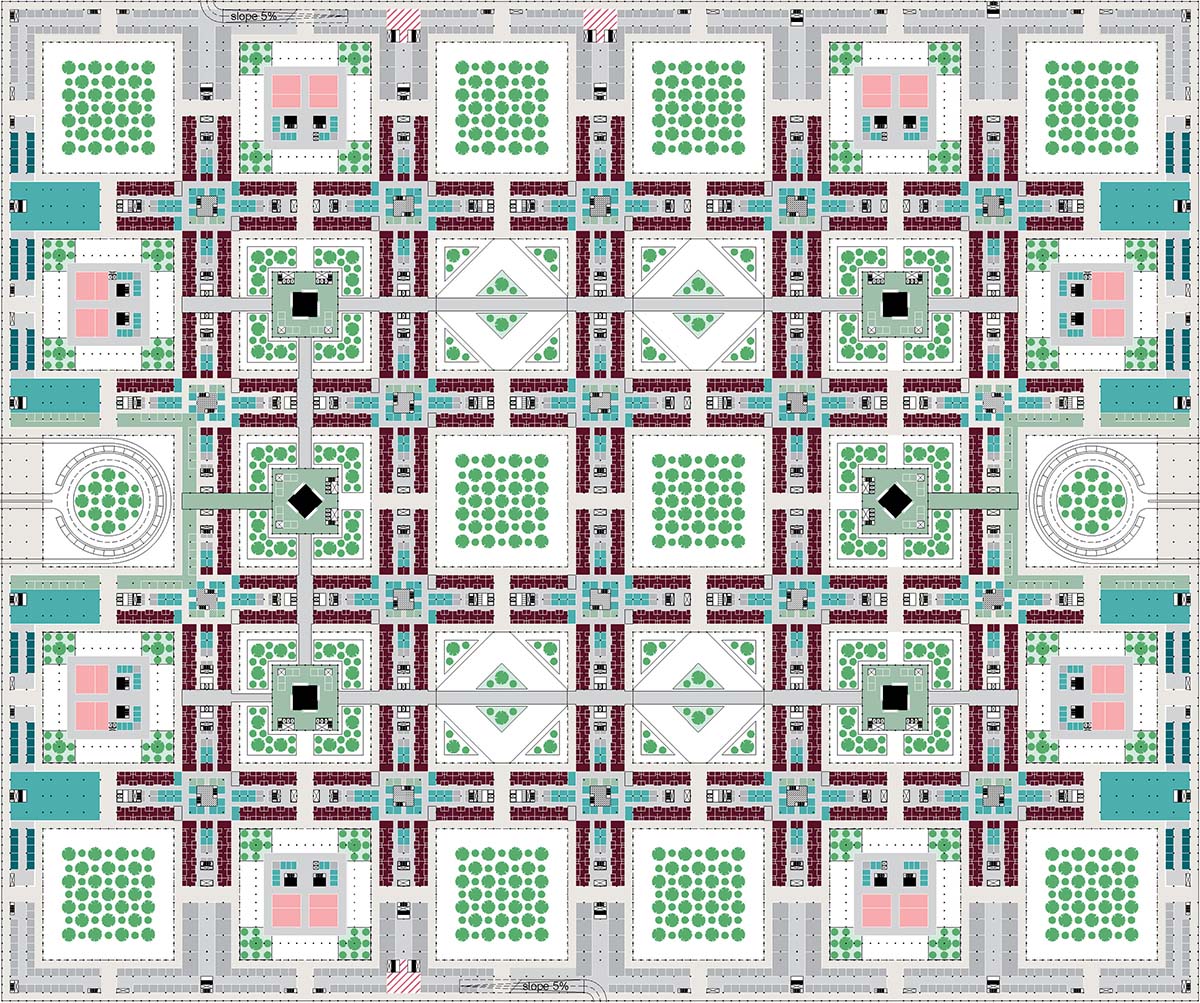 "The complex functional requirements of a large hospital and the lessons we have learned from the recent crisis have created a unique opportunity to reinvent the way architects and engineers collaborate," said Gavin Thompson, Chairman at Buro Happold. 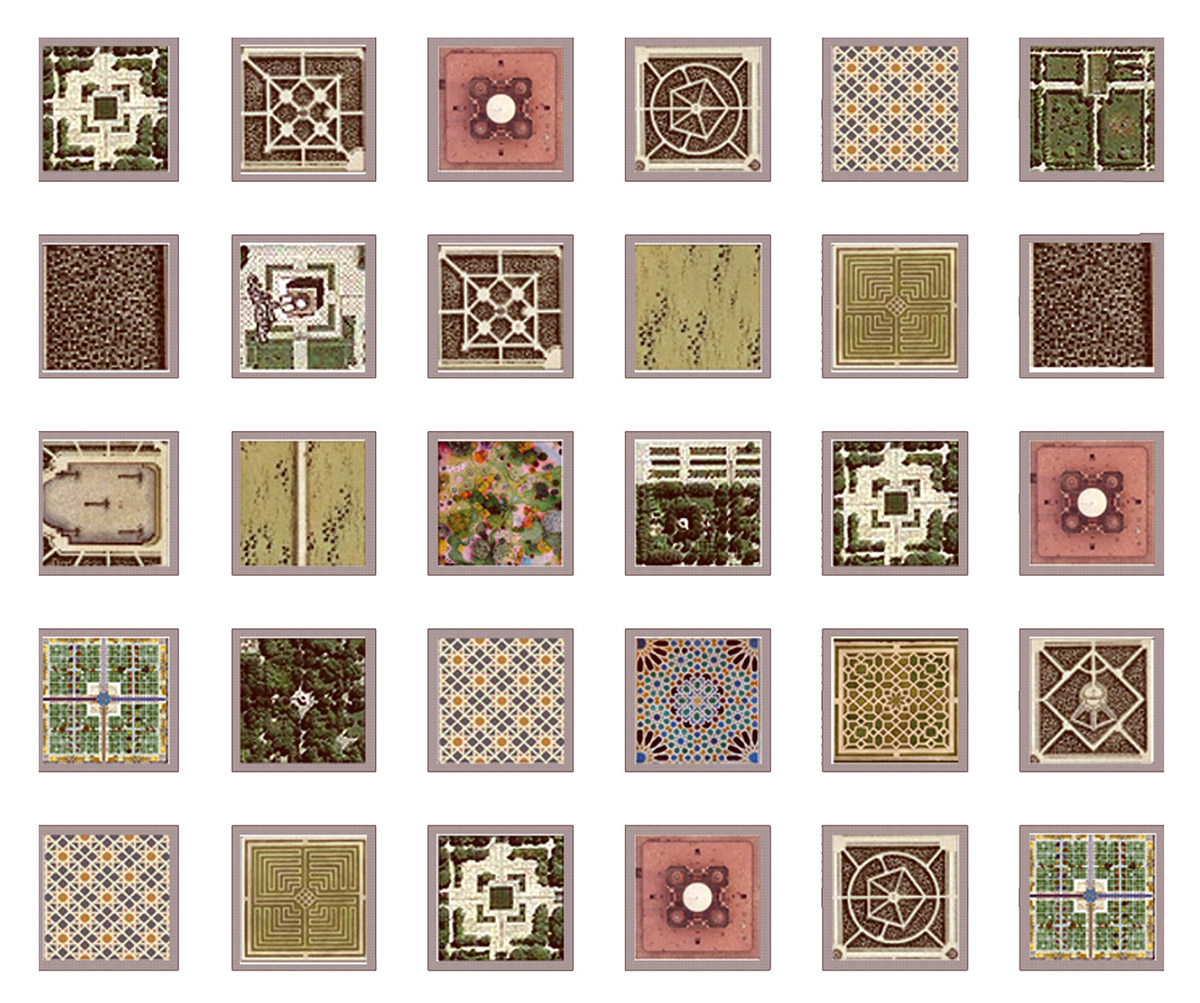 Hamad Medical Corporation (HMC) is the main provider of secondary and tertiary healthcare in Qatar, and one of the leading hospital providers in the Middle East. 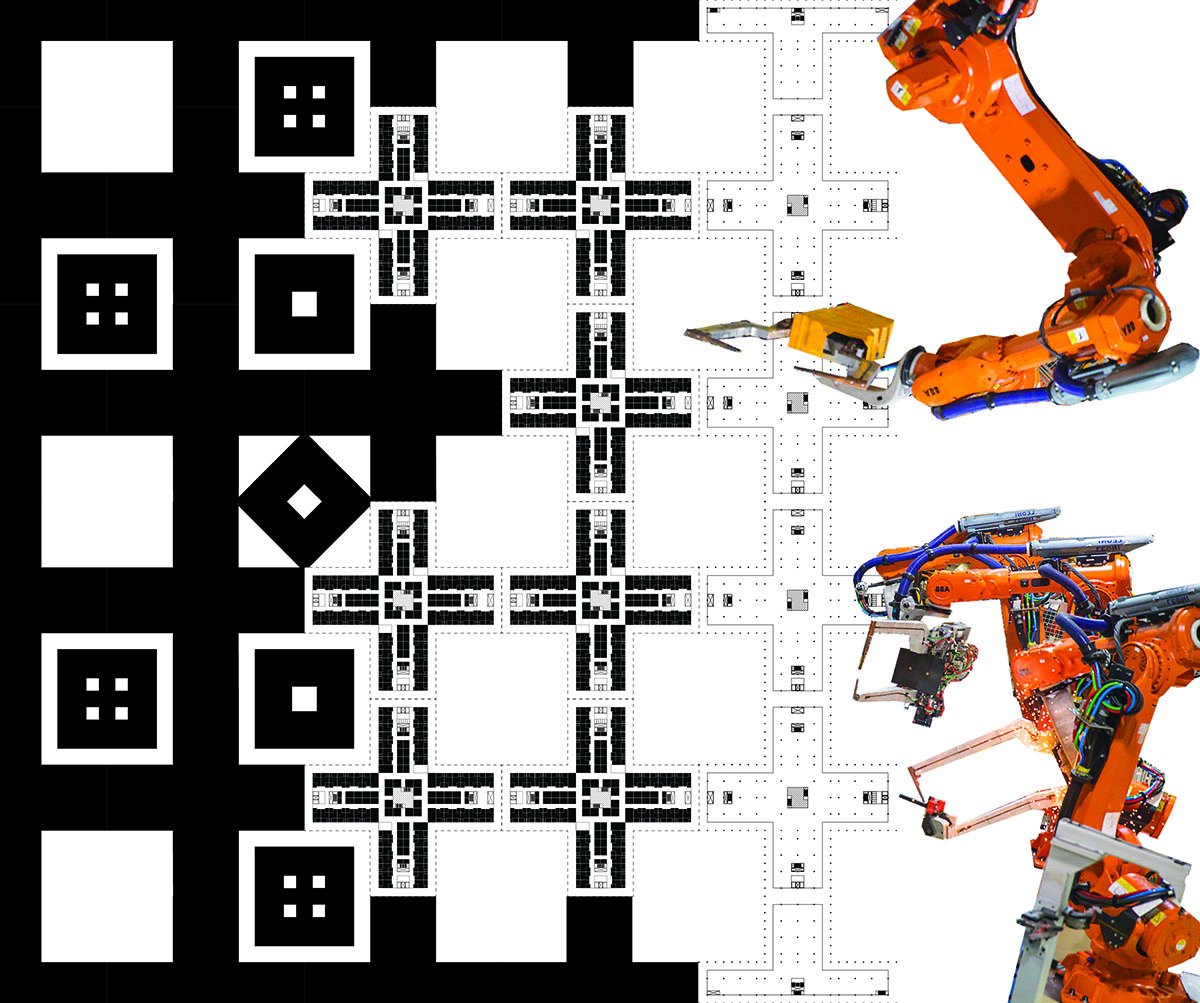 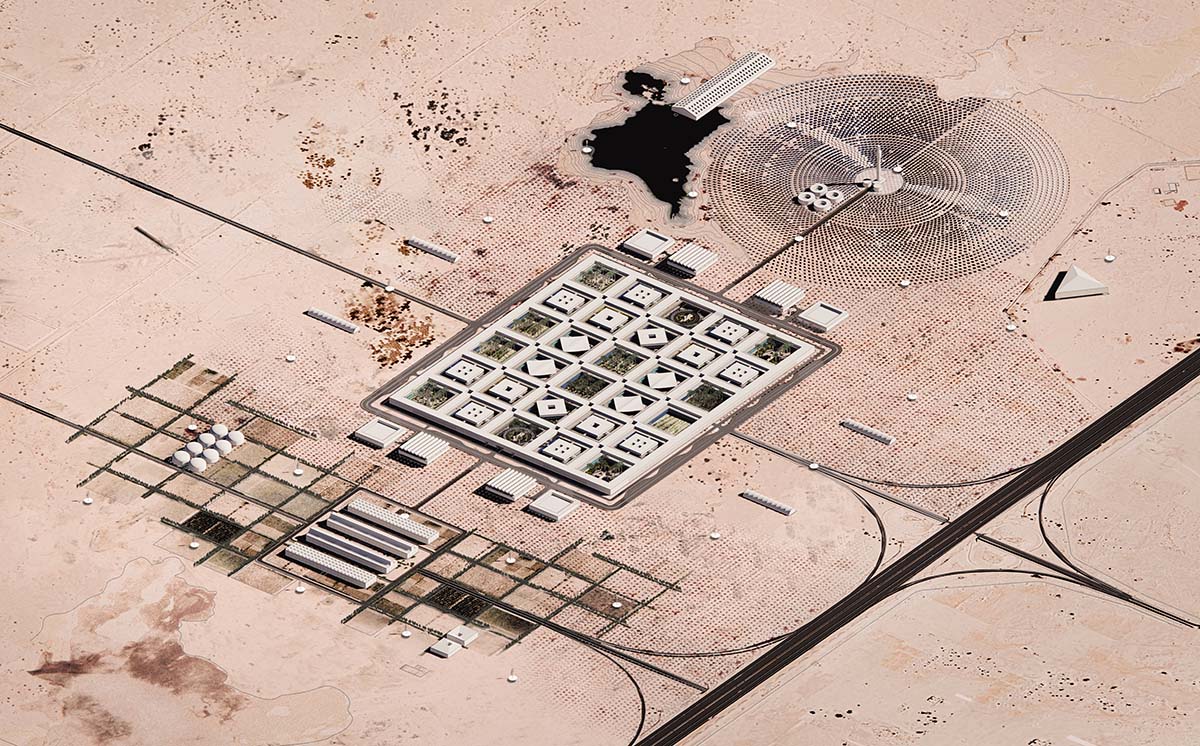 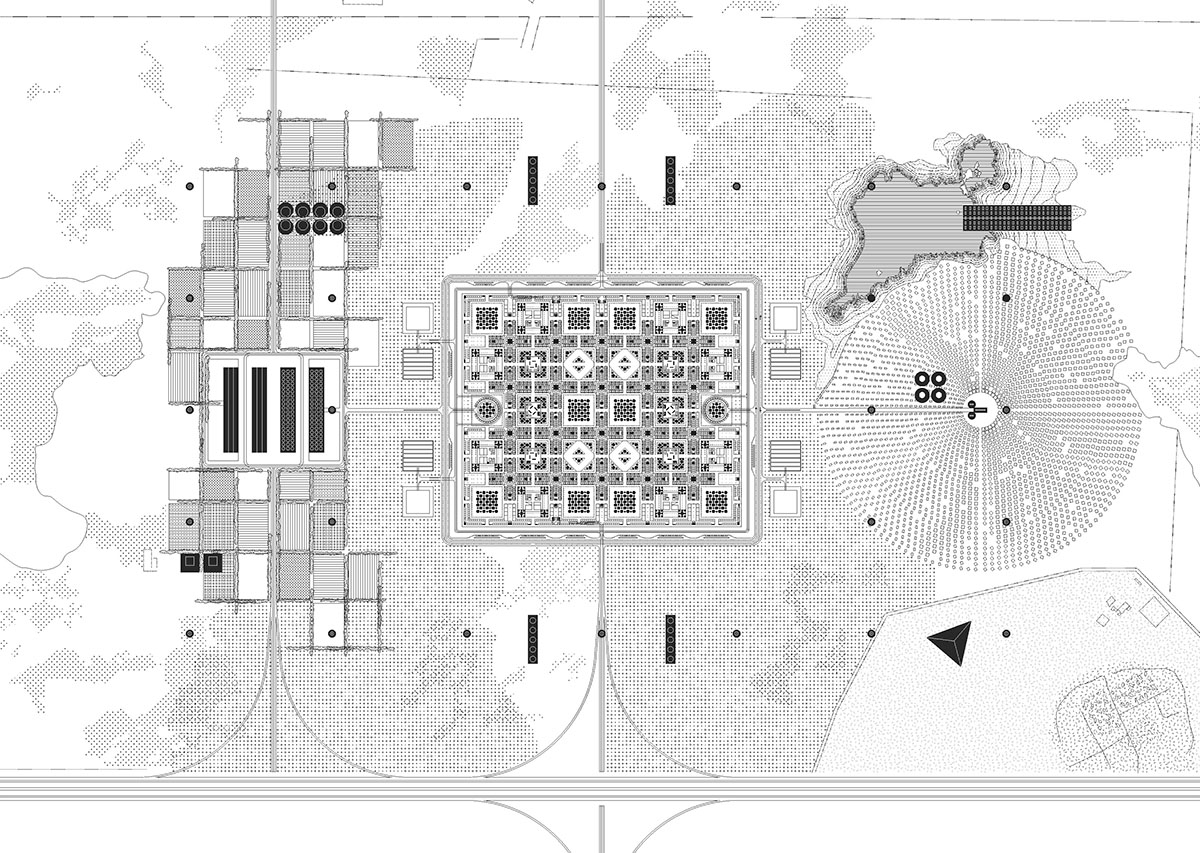