The collective was awarded as the winner of the 2021 Turner Prize on 1 December, 2021 at a ceremony at Coventry Cathedral, in partnership with Tate and Coventry UK City of Culture 2021.

Turner Prize is one of the world’s best-known prizes for the visual arts, the prize aims to promote public debate around new developments in contemporary British art and was established in 1984. Originating at Tate Britain, the Turner Prize regularly travels to other venues in the UK. 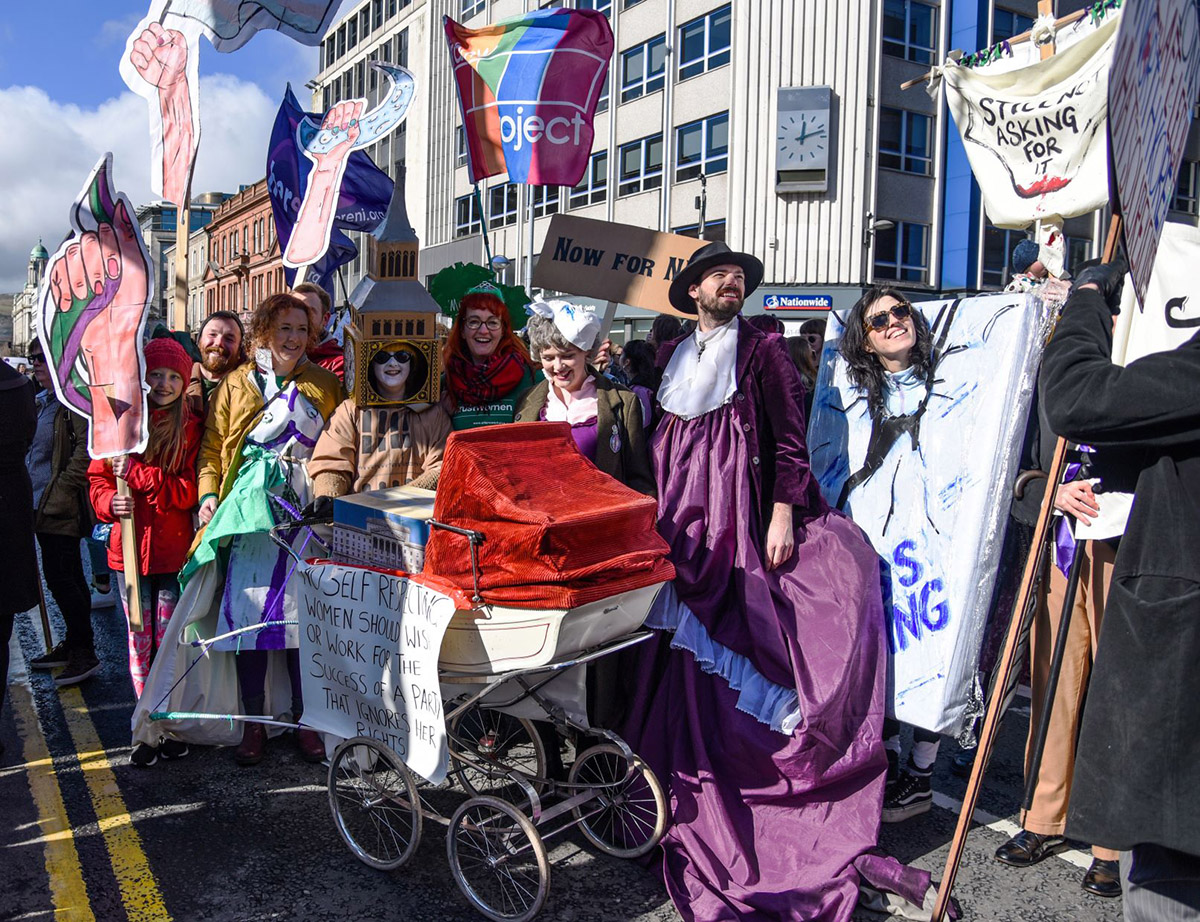 The £25,000 prize was presented by Pauline Black, the lead singer of 2 Tone pioneers, The Selecter, during a live broadcast on the BBC.

A further £10,000 was awarded to each of the other nominees. This year the Turner Prize exhibition is being held at the Herbert Art Gallery & Museum in Coventry as a highlight of its City of Culture year.

Belfast-based Array Collective is a group of 11 artists who create collaborative actions in response to socio-political issues affecting Northern Ireland.

The collective has been working together more actively since 2016, motivated by the growing anger around human rights issues happening at the time. 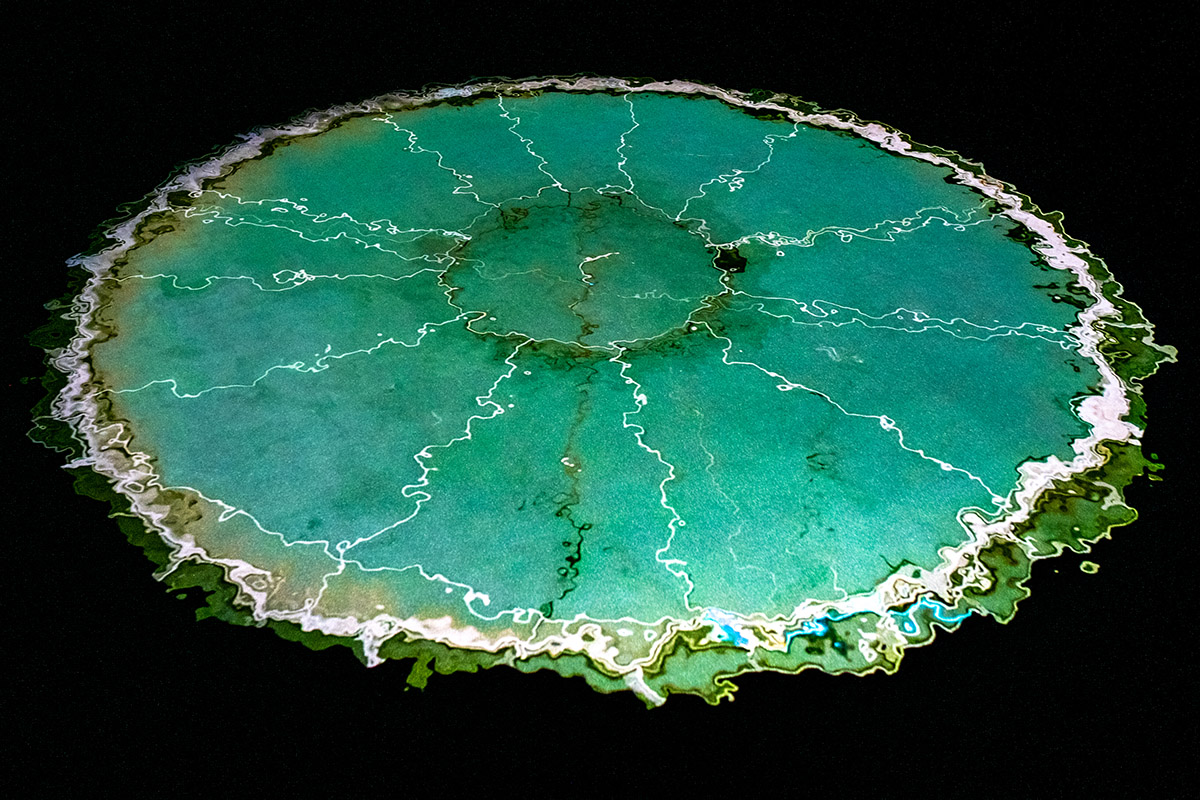 Their intention is to reclaim and review the dominant ideas about religio-ethnic identity in Northern Ireland.

Working as constituents or allies of the communities they protest with and make art about, Array Collective aims to create a new mythology for the growing number of people who do not prescribe to embedded sectarian dichotomies. 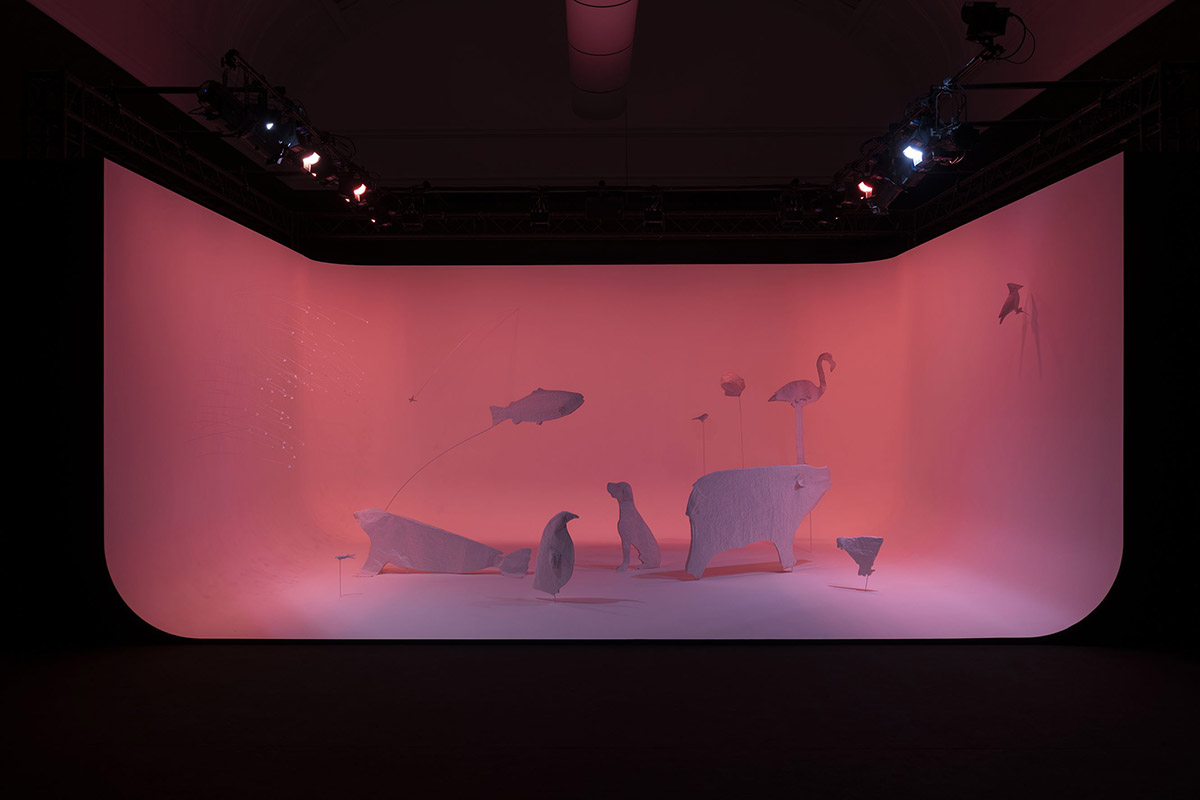 The jury is chaired by Alex Farquharson, Director, Tate Britain. 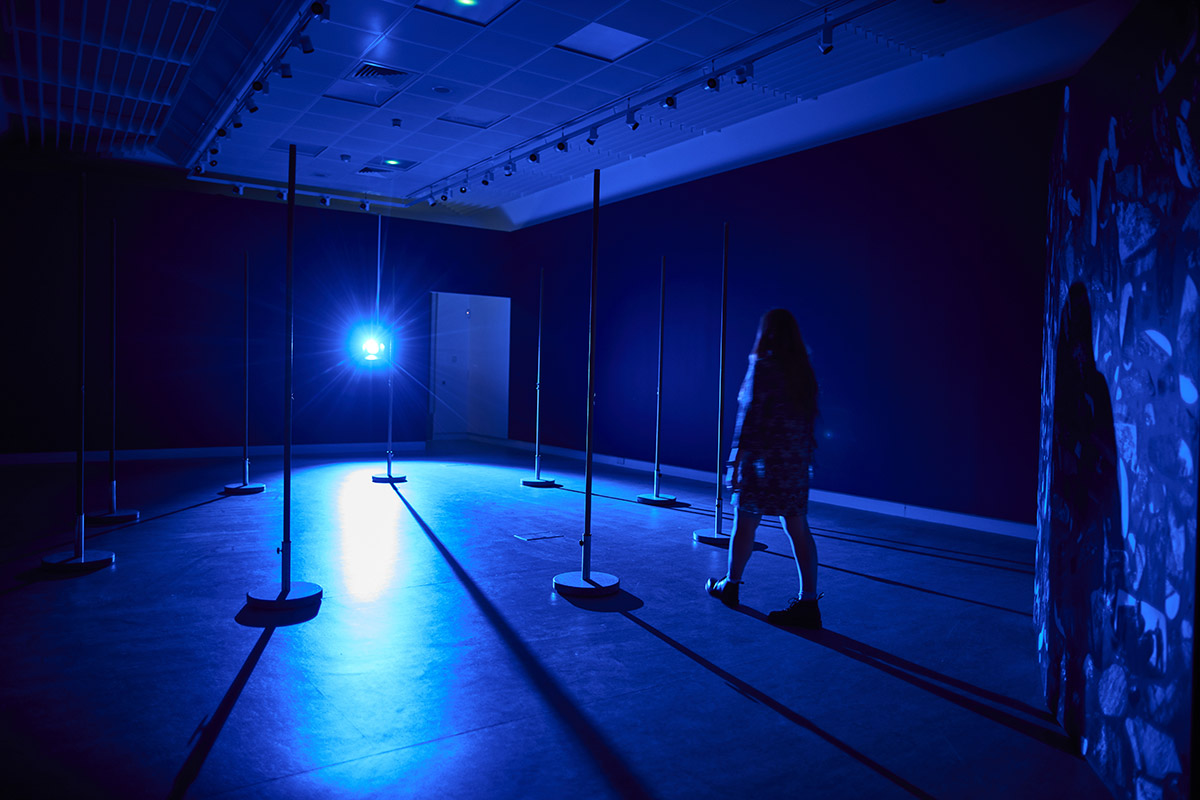 The exhibition is a highlight of Coventry’s UK City of Culture 2021 celebrations. Herbert Art Gallery and Museum champions Coventry’s culture, city and arts and is one of the UK’s leading regional museums.

As part of its preparations for City of Culture 2021, the museum underwent a major redevelopment of its gallery spaces in anticipation of the Turner Prize exhibition.

In parallel to the Turner Prize exhibition, Coventry also hosts "Coventry Biennial 2021: Hyper-Possible" across Coventry and Warwickshire. The exhibition of the five shortlisted collectives at The Herbert Art Gallery & Music continues until 12 January 2022. Entry is free. 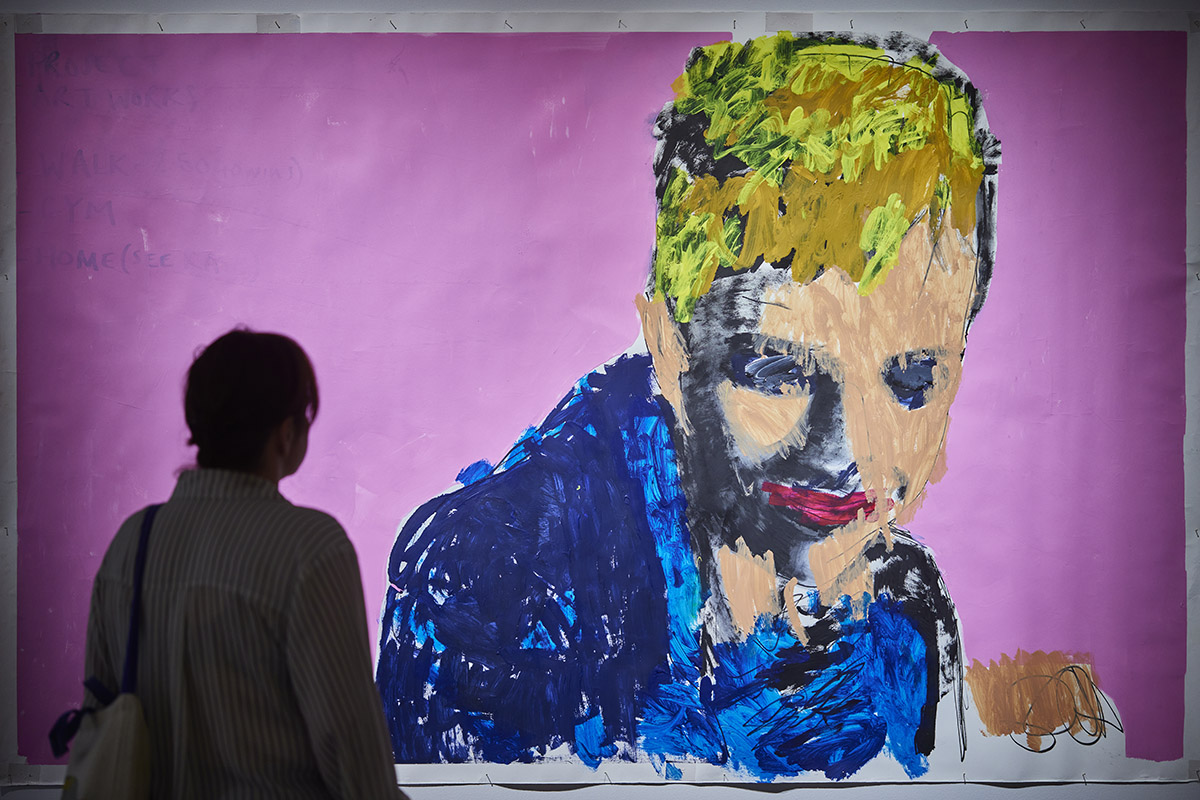 Recent initiatives and works include: Jerwood Collaborate! at the Jerwood Arts, London in 2019, a-n Artists Council's Artists Make Change in 2020, as well as organising projects in response to issues such as queer liberation, abortion rights, mental health, gentrification, eco-politics, social welfare and Northern Ireland’s fractured past.

Playfully using performance, protest, photography, print, installation and video, Array Collective work with a range of other creative people and organisations to create a combination of artistic expression, direct action and public interventions in the city and online. 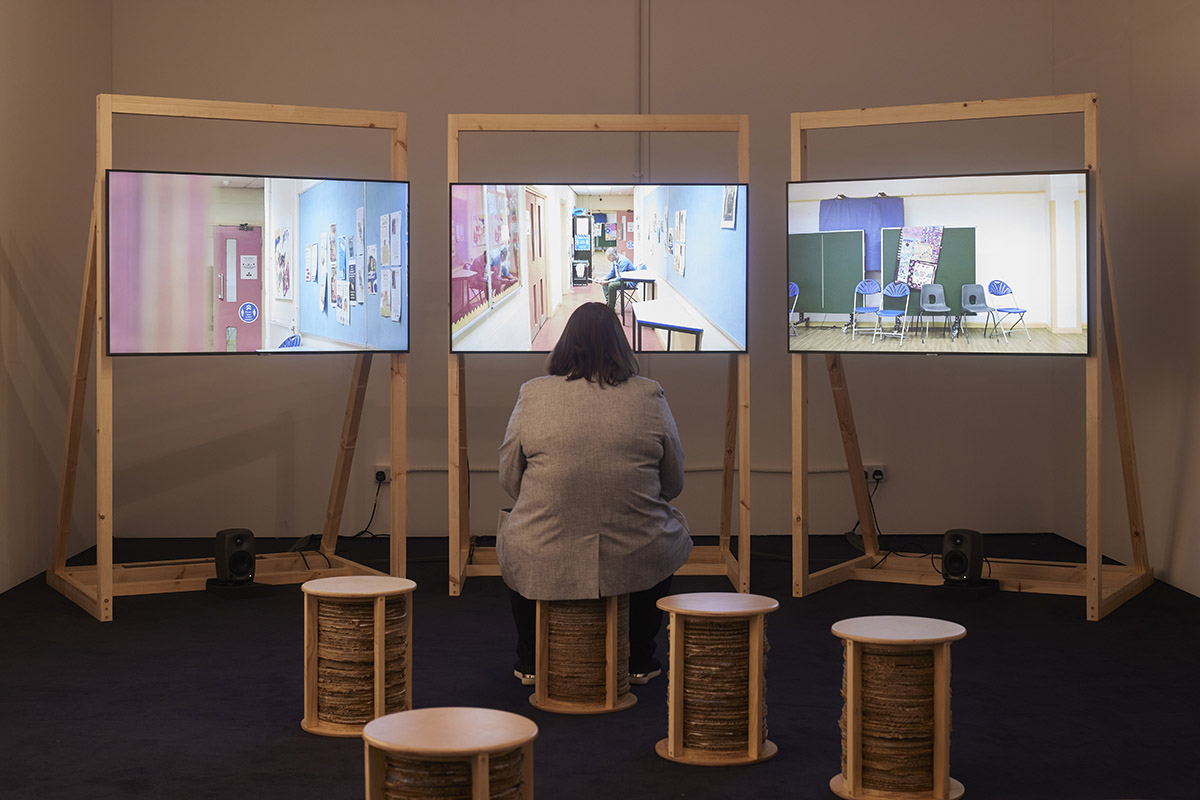 Their recent project As Others See Us (2019), for example, centred on three fictional characters drawn from the pre-Christian myths and folklore of ancient Ireland: "Ban Bidh: The Sacred Cow", "An Scáth Fada: The Long Shadow" and "An Mór Ríoghain: The Morrigan".

These characters have since shape-shifted through crowds at Belfast Pride and up the banks of the River Thames in a series of interventions and performance protests.