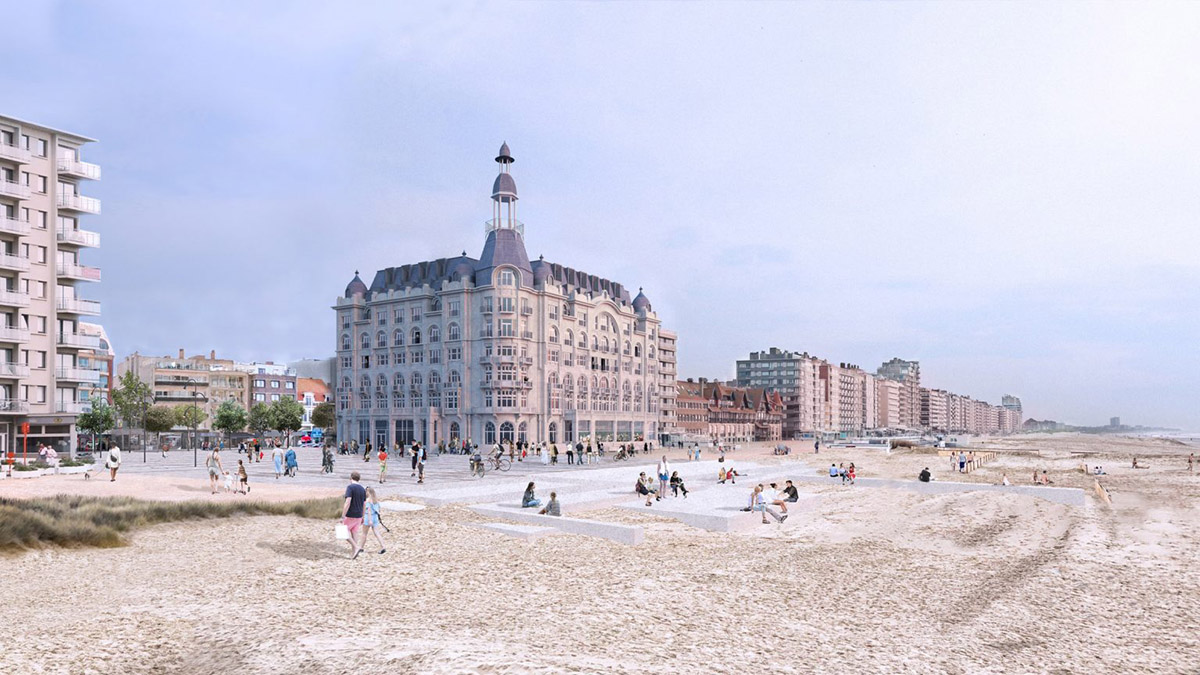 Commissioned by VDD Project Development, the project, called The Grand, will be restored by David Chipperfield Architects, the firm will restore the original building by maintaining its historic fabric and extend with additional four storeys that will be a sensitive intervention to the building's original tower and domes.

Located on the Nieuwpoort beachfront in Belgium, the original Grand Hotel was designed by Belgian architect Apollon Lagache in 1924 for the seaside resort of Nieuwpoort Bad, which had grown popular in the late 19th century. 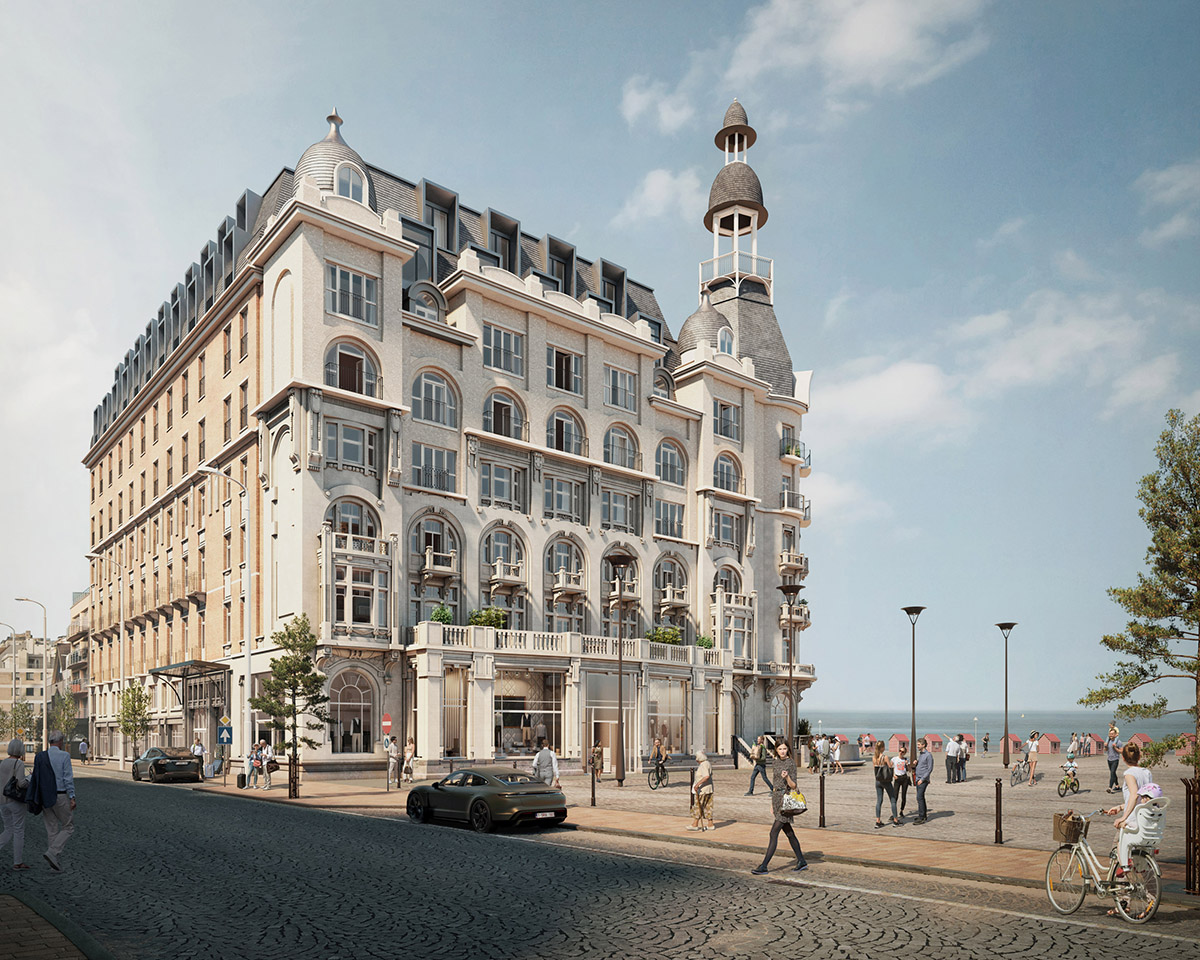 David Chipperfield Architects' project seeks to restore the building to its former grandeur through its restoration and sensitive vertical extension.

The upper levels of the building will house 70 apartments while a restaurant, bar and shops will be designed on the ground level to connect its surrounding.

For the 15,100-square-metre project, David Chipperfield Architects carefully examines the history of The Grand Hotel, "caring for its distinctive qualities while understanding the needs for it to survive into the future."

"The surviving historic fabric will be carefully restored, such as the entrance and the original façade features," said David Chipperfield Architects in a project description.

"The graceful bays and terraces that were an extension of the public space along with the Grand public rooms that were destroyed and filled in during the 1950s will be reinstated."

"The apartments, situated on the upper floors, will be respectful to the original structure of the hotel. Lost elements, such as the tower and the domes, will be reinstated, drawing inspiration from the playful original design," the firm added.

Additional four storeys are aimed to "regain its status as a landmark on the Nieuwpoort beachfront."

"The building itself retains much of its decorative façade (which was granted protection status in 1981) and so the extension requires a sensitive understanding of heritage value and entails reinterpretation and invention as well as restoration," added the firm. 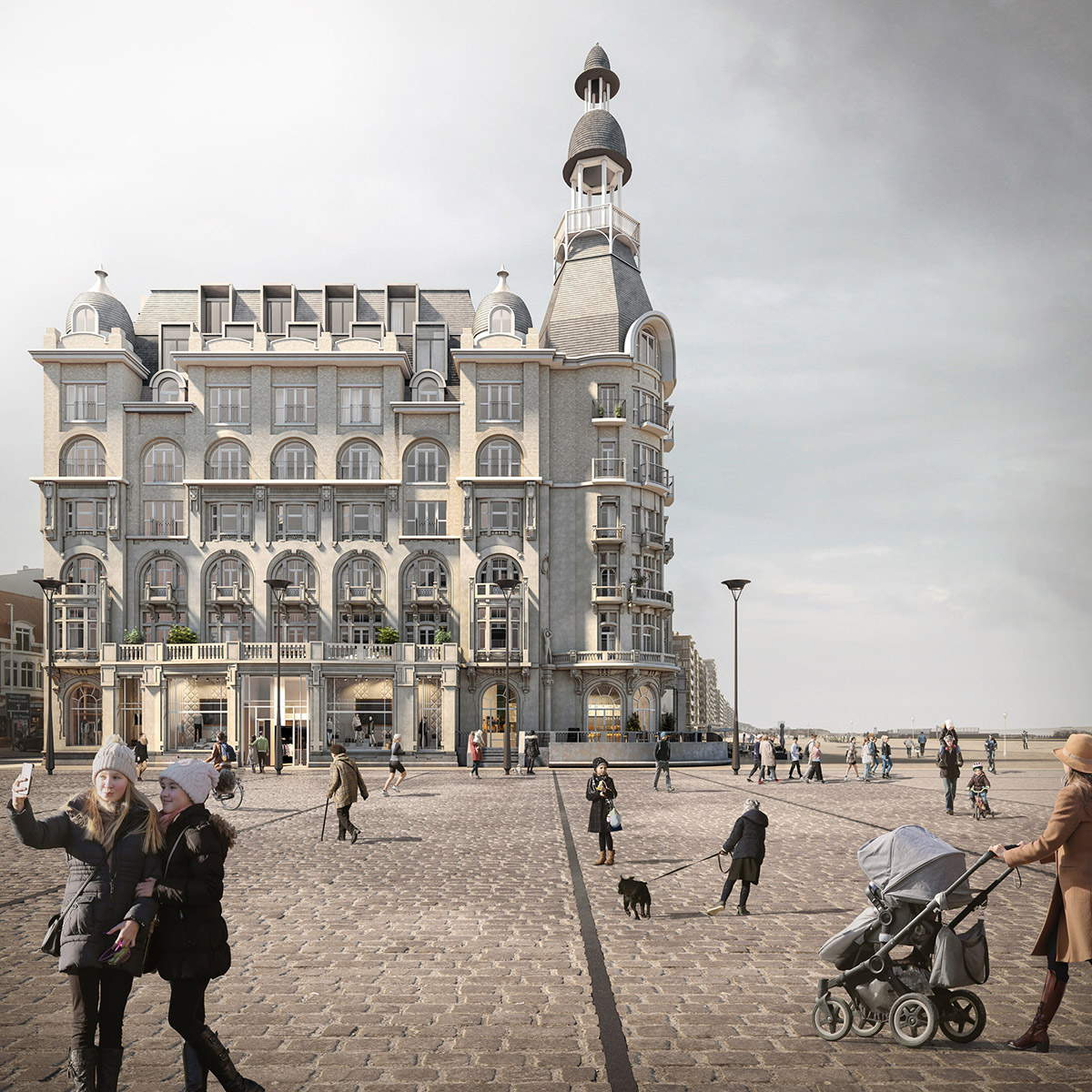 As David Chipperfield Architects emphasized that the new design will not try to impose a style or signature to the building, nor will it try to create a contrast between the historic fabric and its new additions.

The new restoration can be seen "as part of a largely forgotten tradition of adapting and extending historic buildings", it will be a continuation of the original fabric to allow a nuanced reading of the building’s history. David Chipperfield Architects is currently working on Mies Van Der Rohe's Neue Nationalgalerie in Berlin. The studio recently completed the new Kunsthaus Zurich extension in Switzerland. Completion of the renovation is expected to complete in 2024.