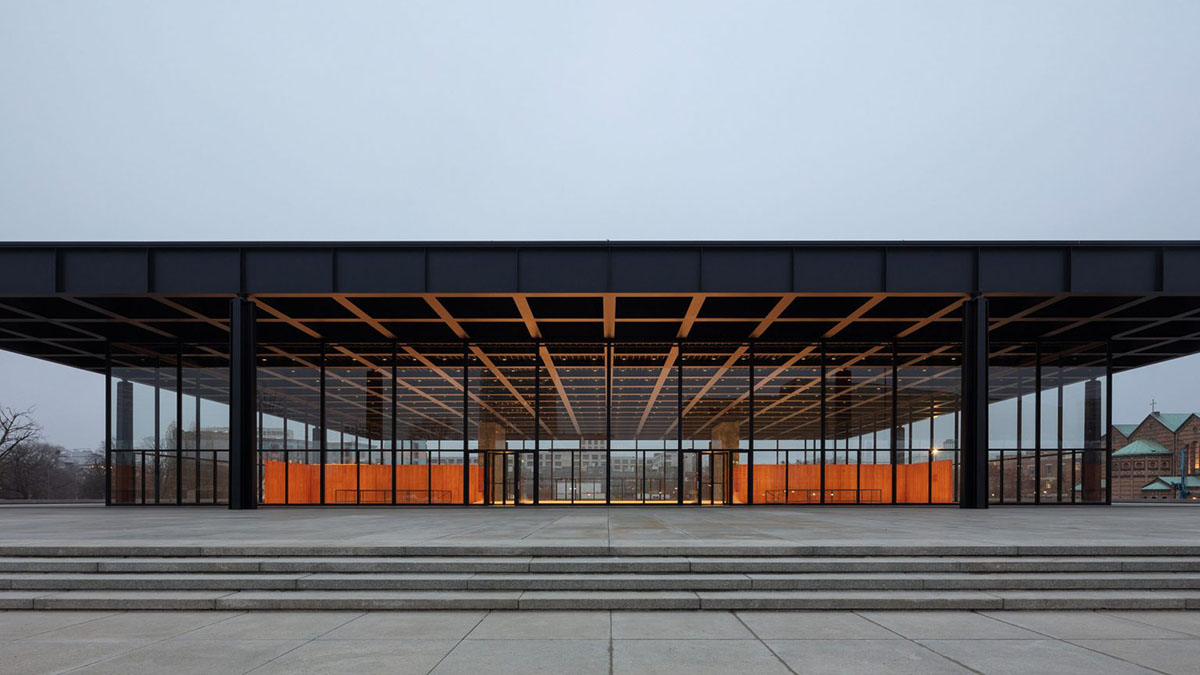 New photographs have been reveled for Mies van der Rohe's Neue Nationalgalerie in Berlin which is being restored by David Chipperfield Architects after it has been closed for five years for renovation.

Released with new photographs by Neue Nationalgalerie, the images show that the main upper hall of the building is completely visible and 1,600-square-meter new glass was installed.

Ludwig Mies van der Rohe completed the project in 1968 in Berlin’s Kulturforum, the building is one of the modern icons of twentieth-century architecture and it is the only building realised by Mies van der Rohe in Europe after his emigration to the USA. 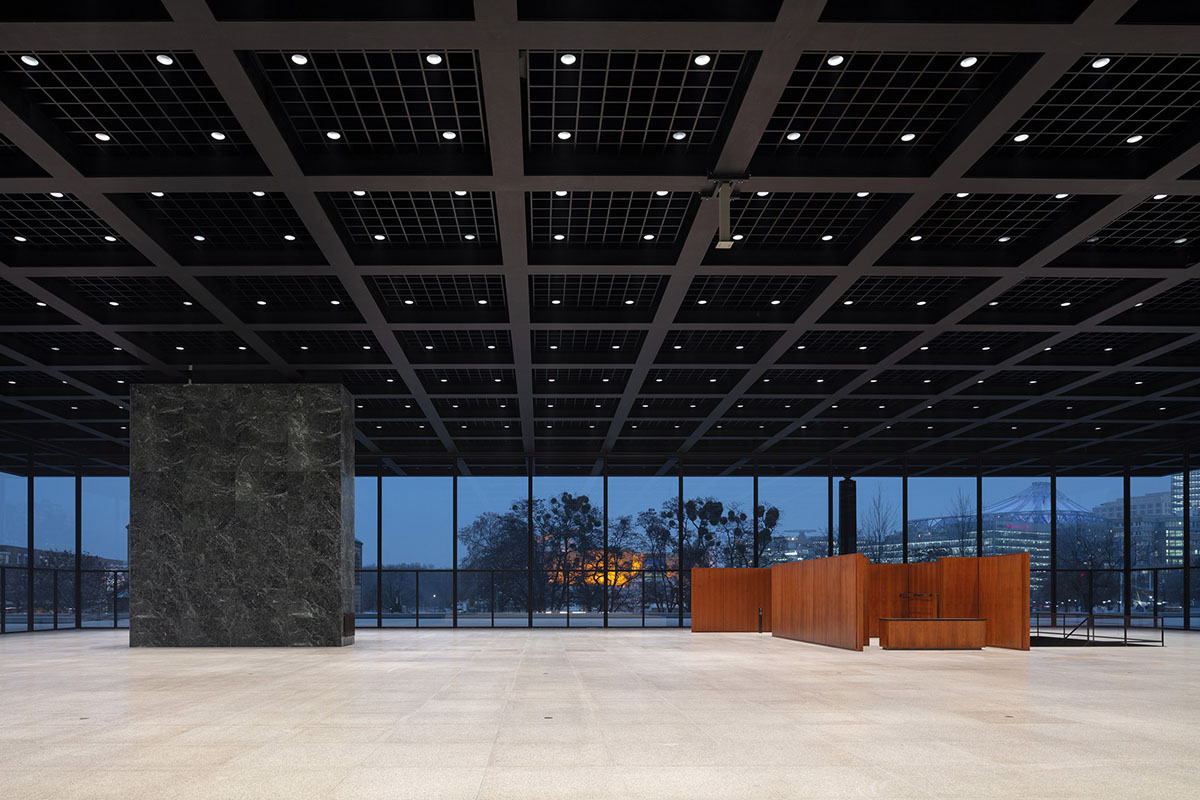 The €101 million renovation work started in 2015 and during that period the museum has been closed. With this renovation, David Chipperfield Architects avoided any new representation for interpretation, but the studio addressed "a respectful repair" for this landmark of the International Style. 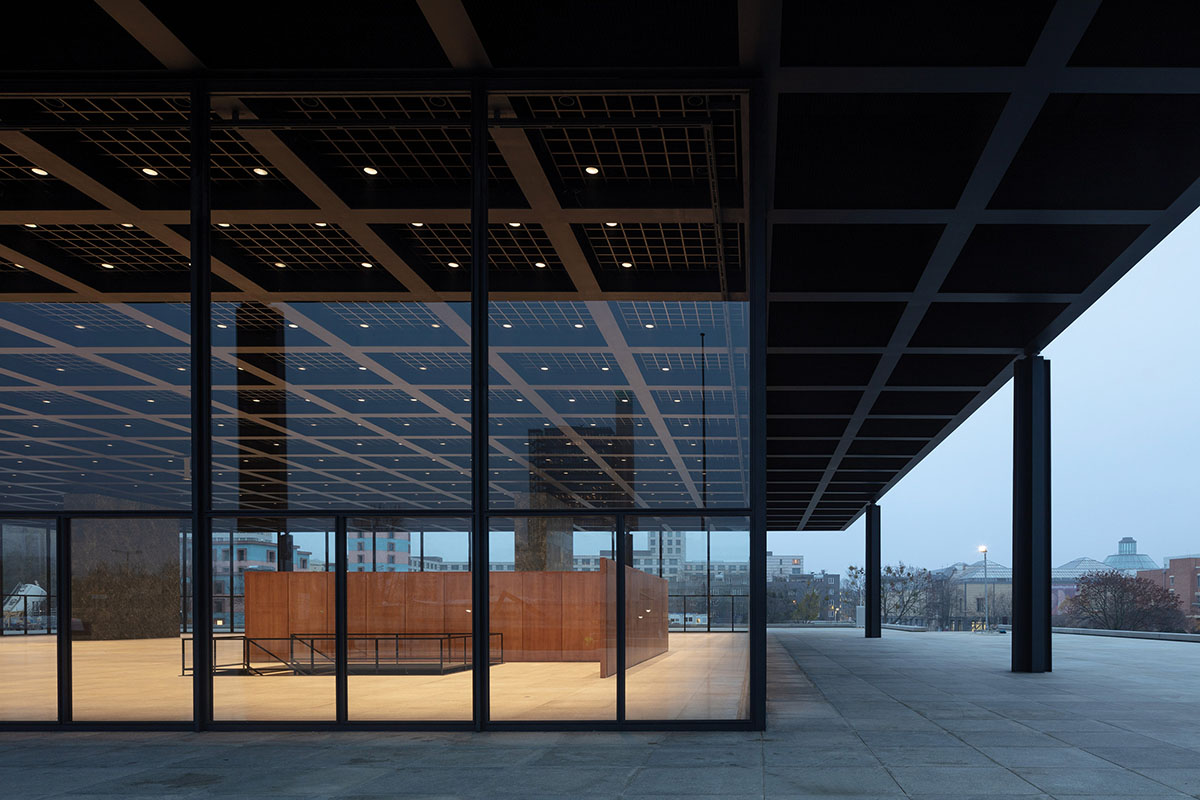 "The damage, deficiencies and deficits of intensive use are to be carefully and sustainably addressed, within the restrictions imposed by the building’s status as a listed monument," said the studio.

"The refurbishment and modernisation aims for maximum preservation of the existing fabric, with minimum visual compromise to the building’s original appearance." 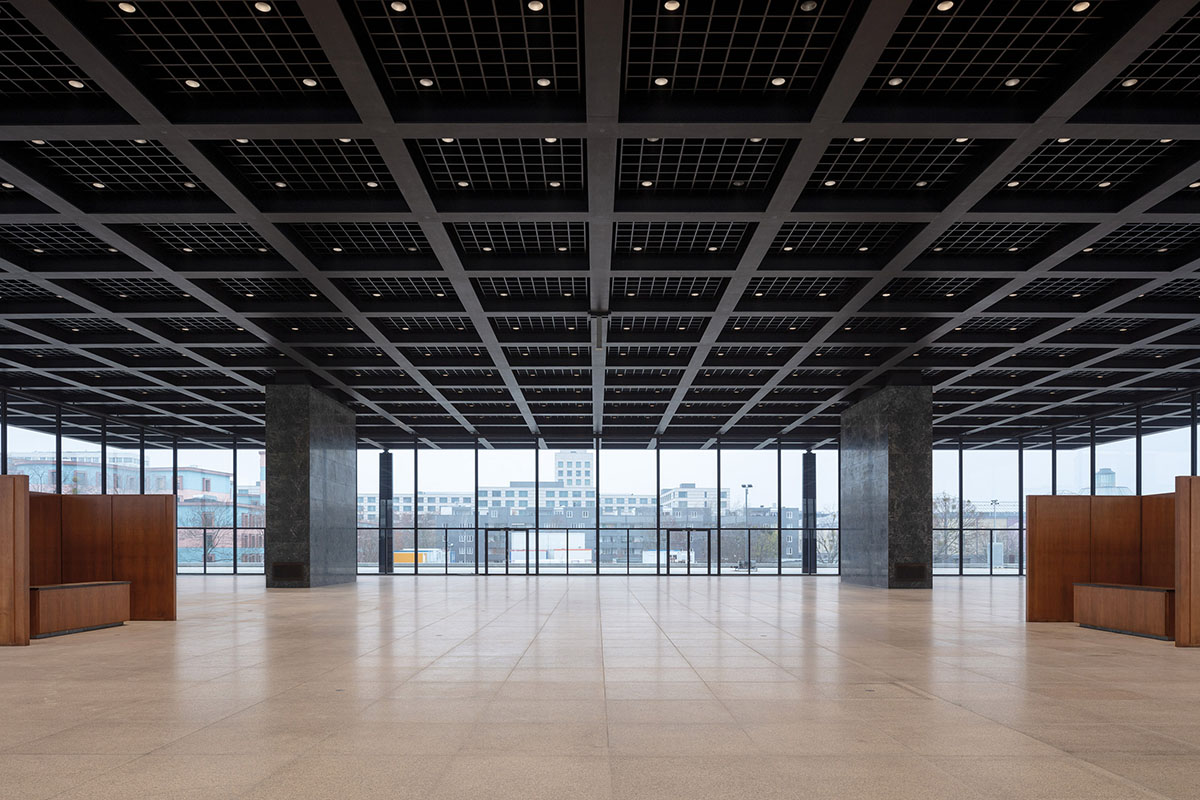 The 13,900-square-metre building has gone major upgrade for its services in oder to meet the current museum standards, Chipperfield dismantled the stone cladding and all the interior fittings.

The studio removed tens of thousands of original building components and restored them, before being reinstalled in their precise original positions.

In addition to these, the major services of the museum have also been updated such as air-conditioning, artificial lighting, security, and visitors’ facilities, including cloakroom, café and museum shop, as well as improving disabled access and art handling.

"A new coating was applied to 15,000 square meters and 500 welds were repaired on the steel structure," detailed Neue Nationalgalerie in its website.

"800 existing ceiling lights supplemented by LEDs, 196 ceiling grilles and 2,500 square meters of natural stone slabs made of Striegau granite were reinstalled after their conservation restoration." 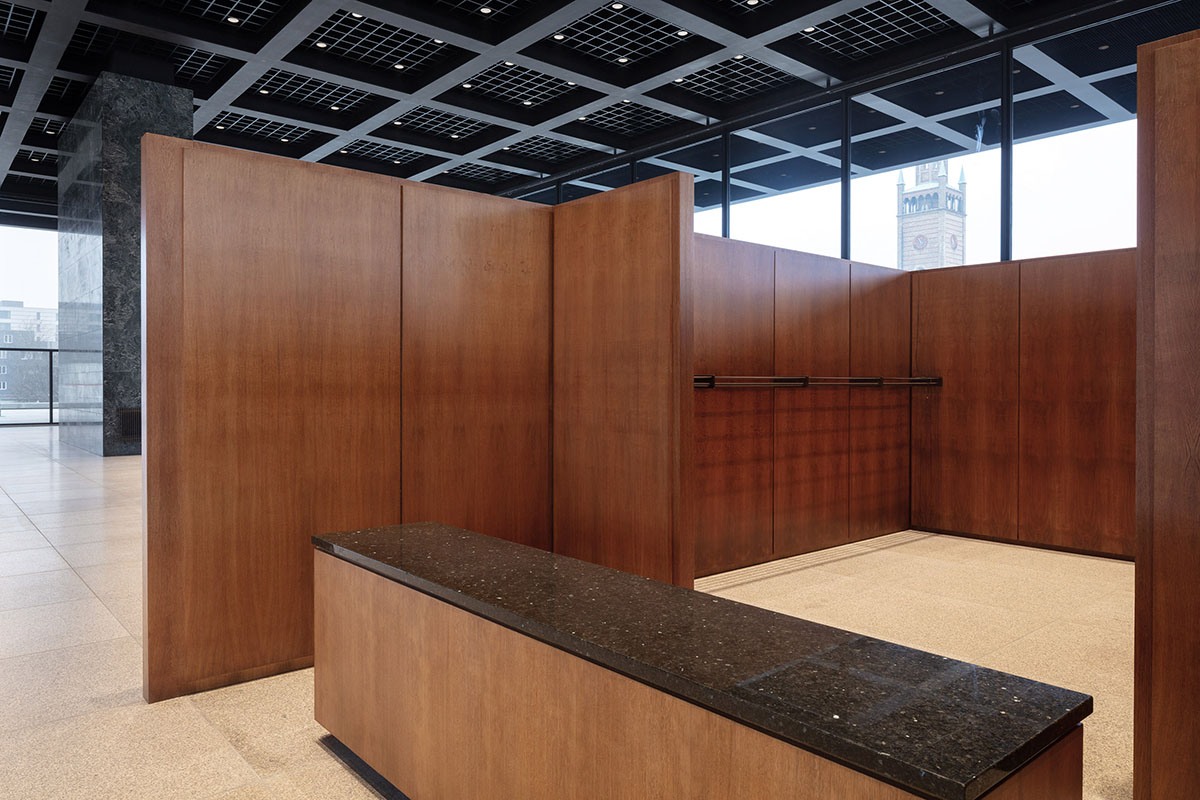 The original planting was also restored on the terrace and in the sculpture garden with the installation of Gleditschien and silver maples. "At the same time, the initial construction and commissioning of the building as well as the preparation of the urban environment, including the sidewalks, began."

As David Chipperfield Architects explain, "the key to the complex planning process for this project is finding a balance between the requirements of current museum usage and the importance of the Neue Nationalgalerie as a listed monument." 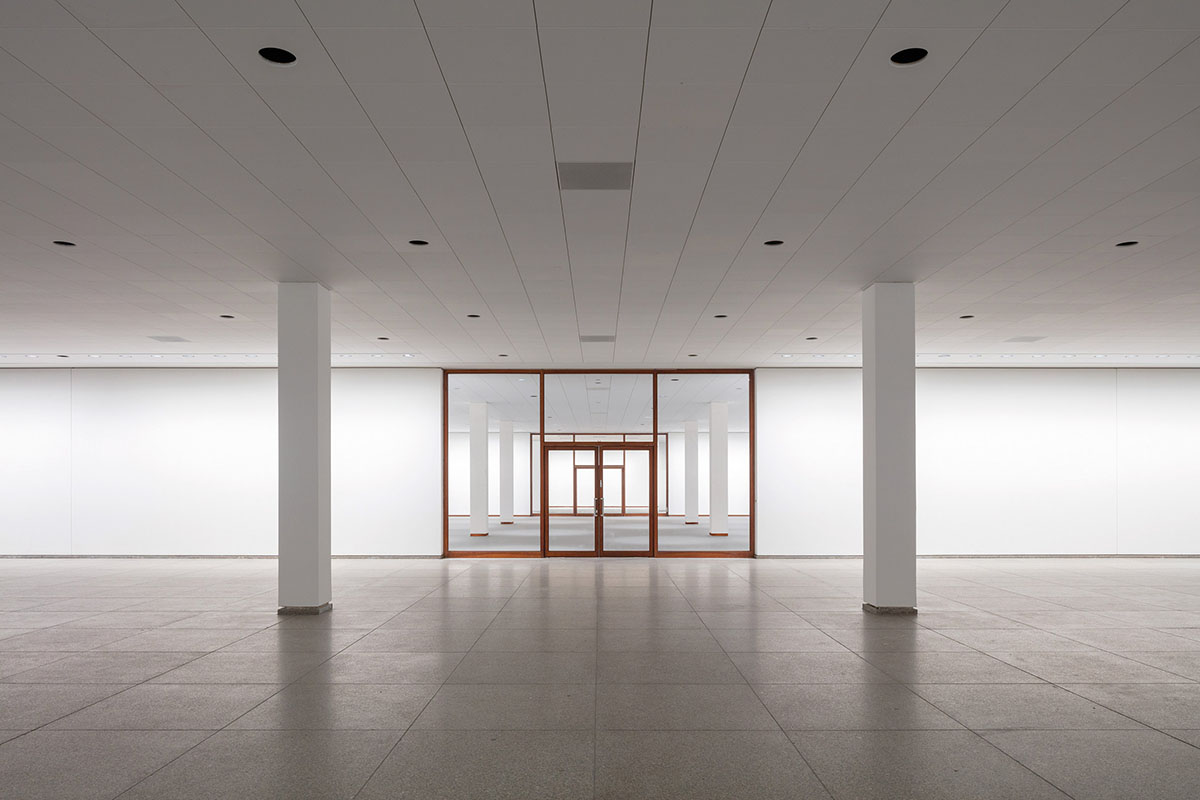 "Though the essential new interventions remain subordinate to the existing design of the building, they are nevertheless discreetly legible as contemporary elements."

The renovation process is set to be completed in 2021 and the museum is scheduled to be opened to the public in August 2021 with an exhibition of works by Alexander Calder. 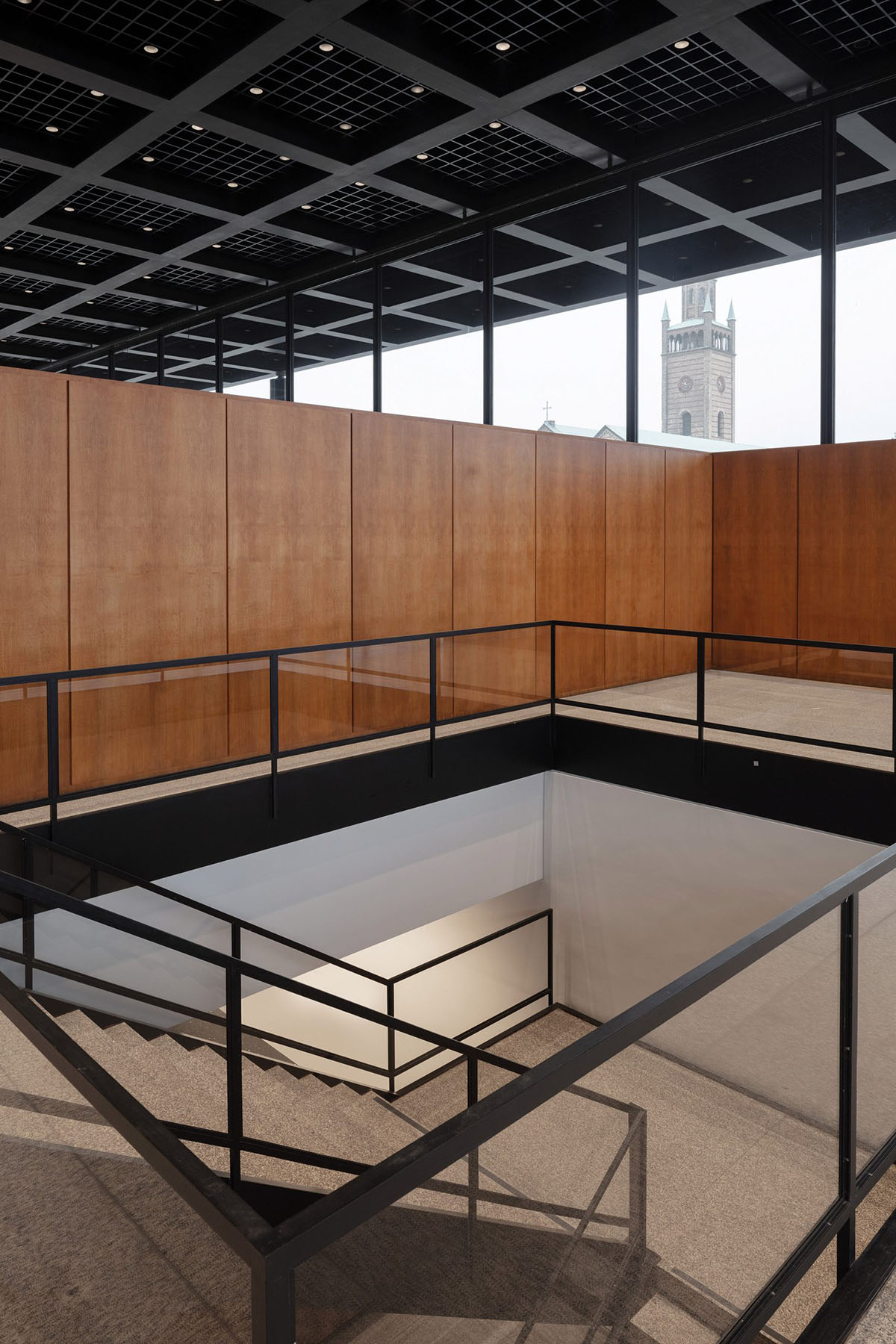 "Finally! After years of renovation, the light-flooded glass hall and the first completed rooms in the basement shine," said Joachim Jäger, director of the Neue Nationalgalerie.

"The clear new glasses, the perfect painting of the steel roof and the freshness that the building exudes as a whole are particularly impressive," added Jäger. 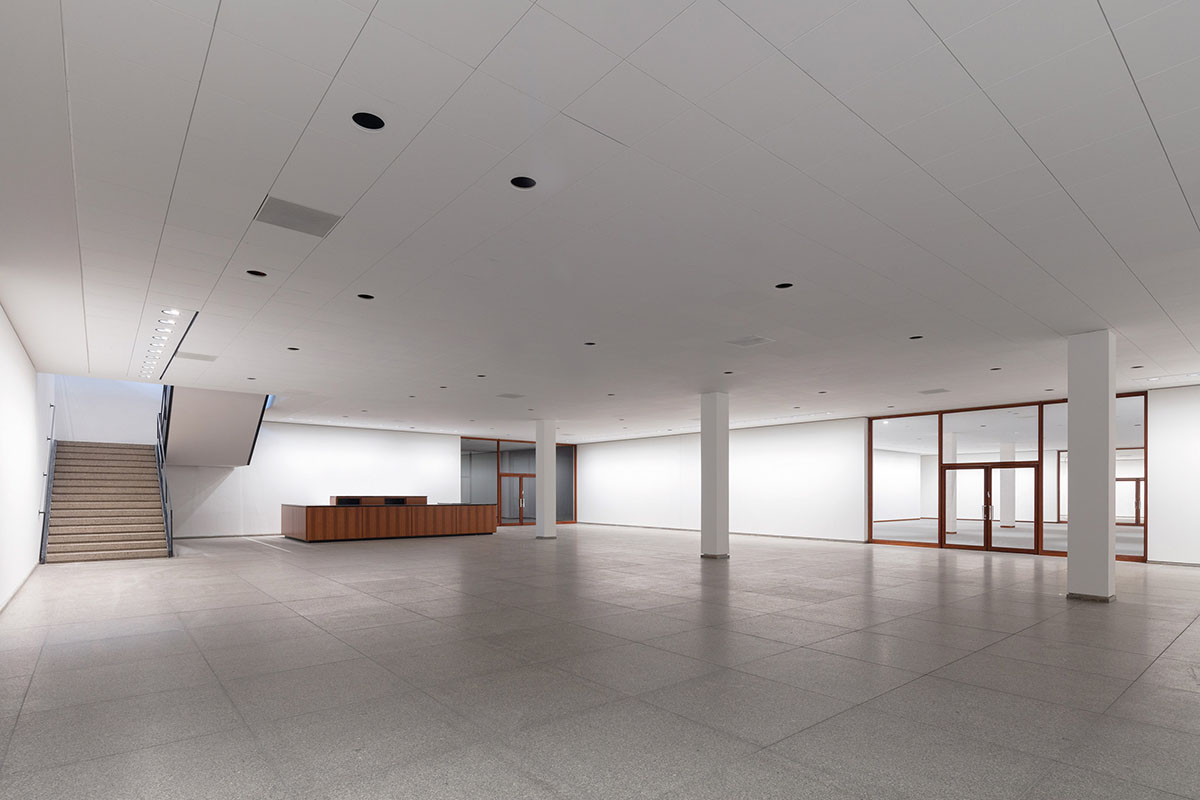 "That is a beautiful sight at the end of this difficult year - a decisive stage has been reached," said Hermann Parzinger, President of the Prussian Cultural Heritage Foundation.

"I look forward to presenting the house, which has been completely refurbished according to plans by David Chipperfield Architects, to the public next year." 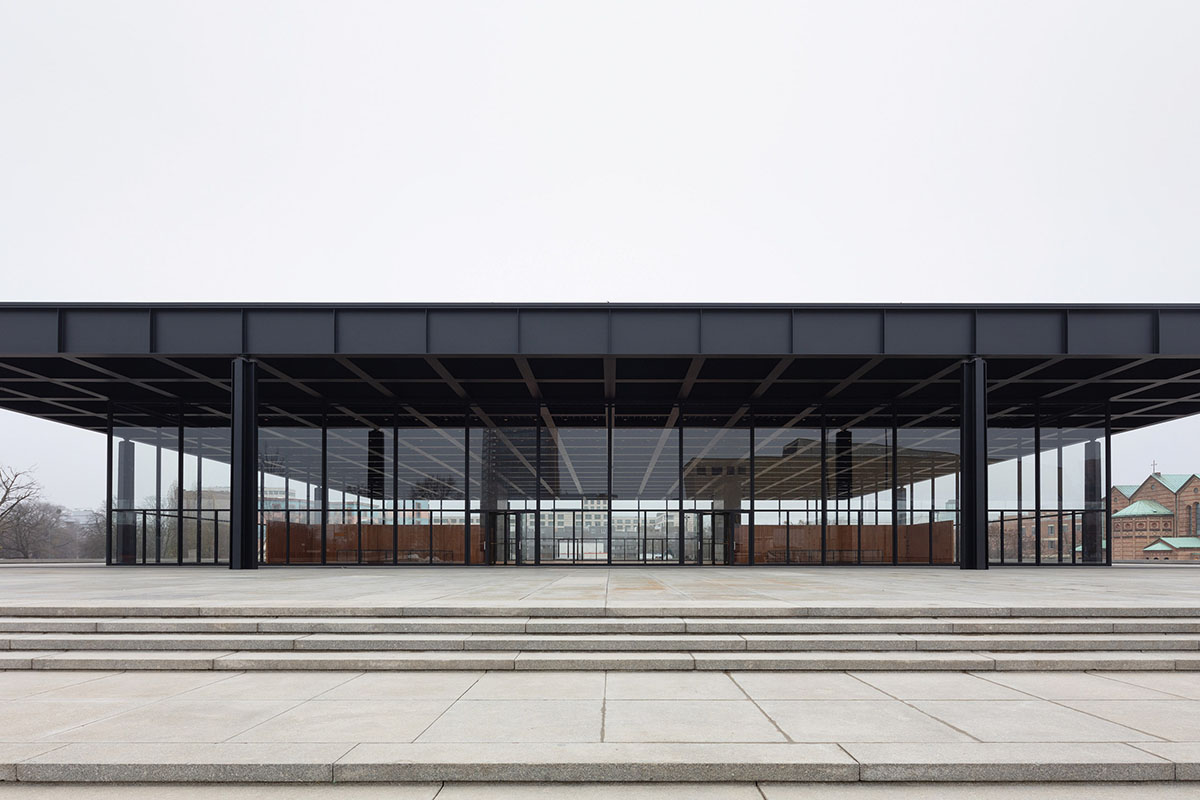