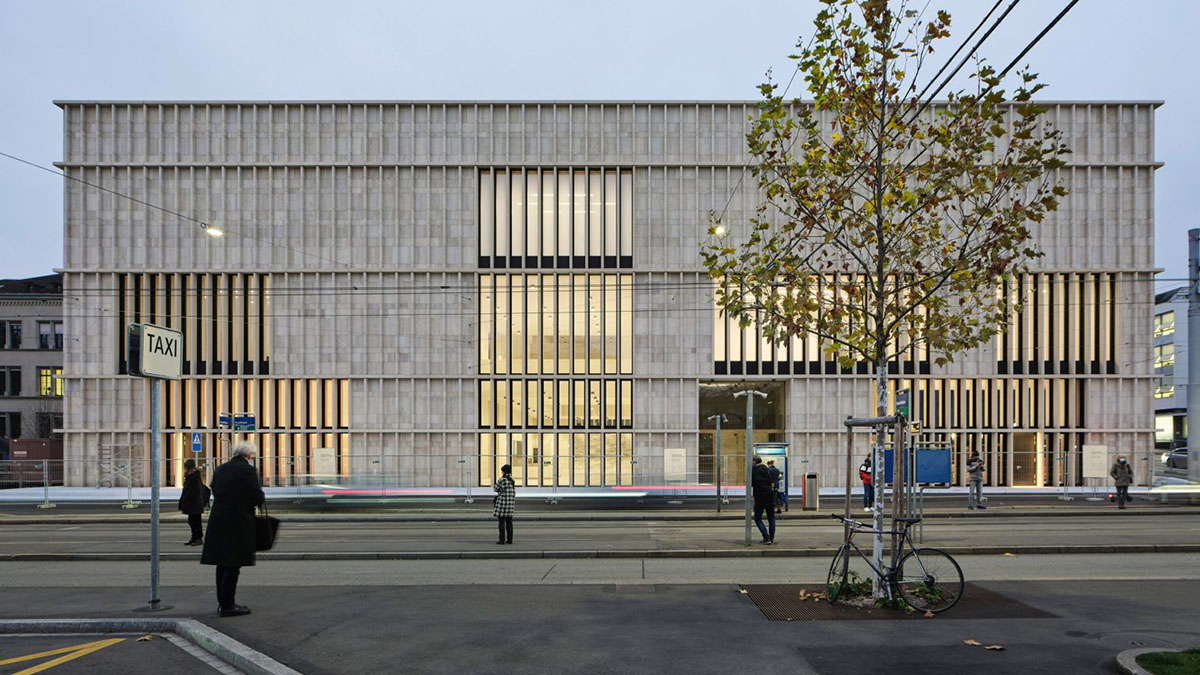 David Chipperfield Architects has completed a new extension for the Kunsthaus Zurich museum in Switzerland, the museum, conceived as a monolithic block, is marked by "slender vertical fins" crafted from local Jurassic limestone with sawn surfaces - the fins were placed at regular intervals in the façade.

Chipperfield used a limestone on the facade that addresses to traditional stone buildings in the area, which is seen in the existing Kunsthaus and many other significant public buildings in the city.

A 23,000-square-metre building is situated between the Grossmünster church and the university in Zurich. 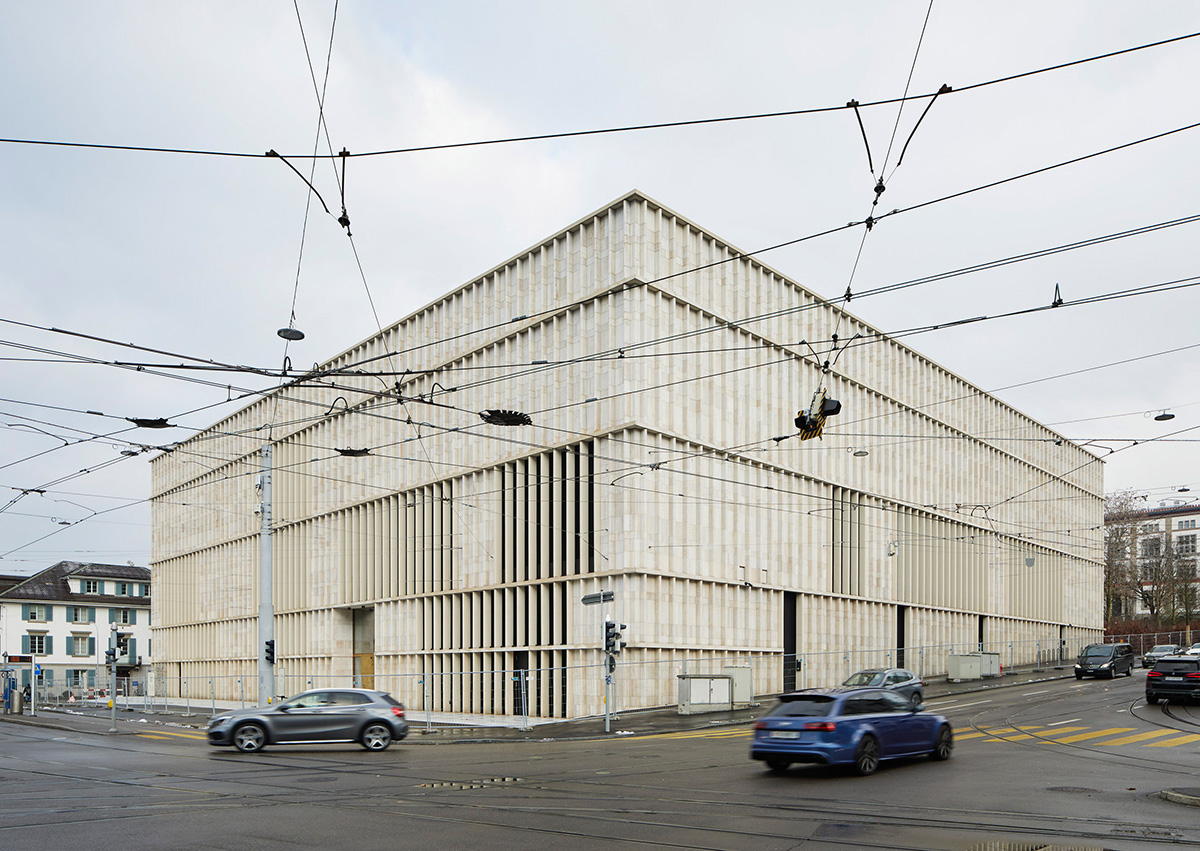 The Kunsthaus Zürich, representing the largest art museum in Switzerland, have four buildings from different eras – the Moser building (1910), the Pfister building (1958), the Müller building (1976) and now the Chipperfield extension completed in 2020.

Conceived as a freestanding building, the new extension houses the collection of classic modernism, the Bührle collection, temporary exhibitions and art from 1960 onwards. 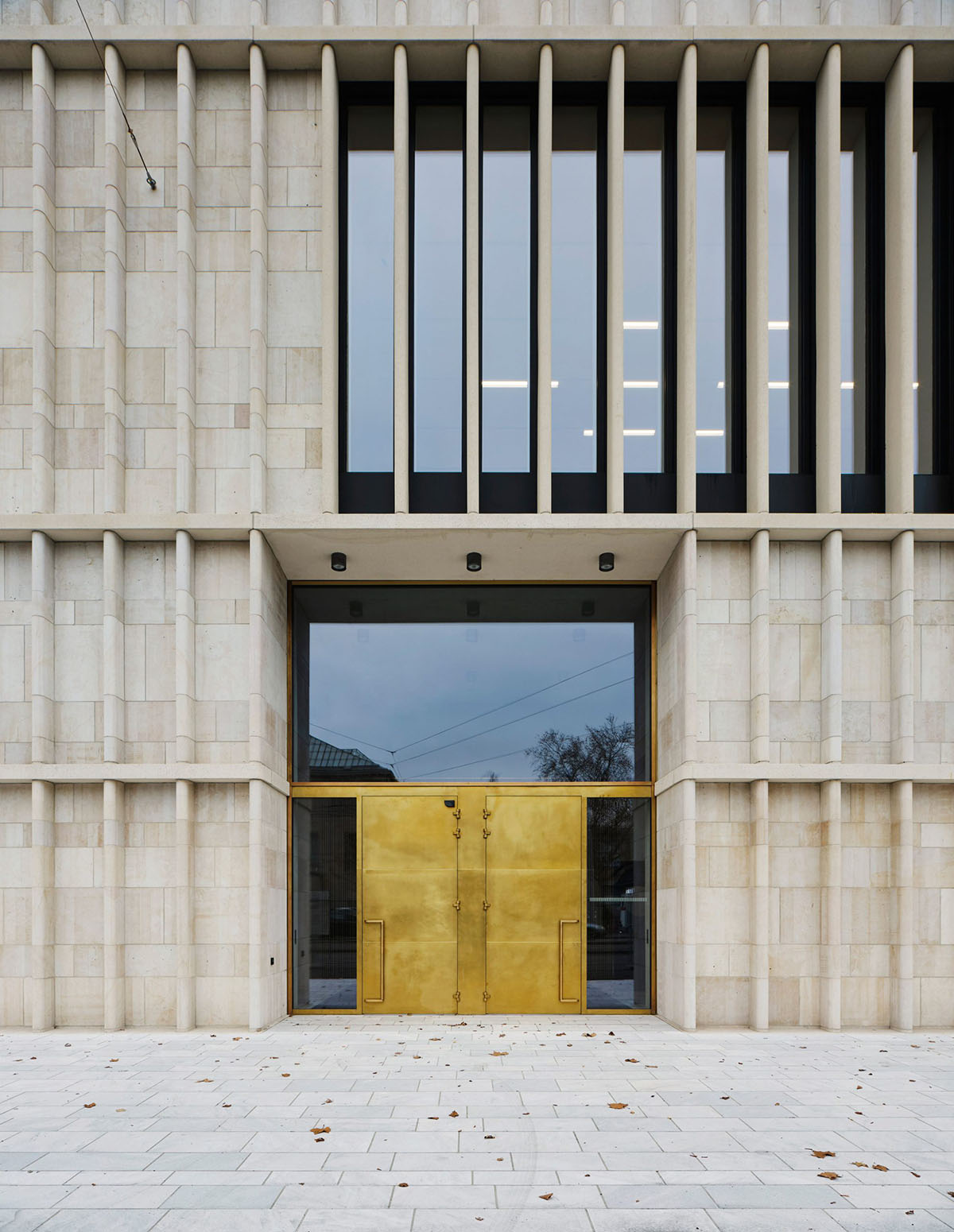 "Based on the Central Campus masterplan published in 2007, the museum buildings and the Schauspielhaus theatre located on the east side of the urban square Heimplatz, form a gateway of the arts as an urban entry to the education mile," said David Chipperfield Architects.

"Here, the large freestanding buildings of Zurich’s universities are lined up like a string of pearls leading northwards," the studio added. 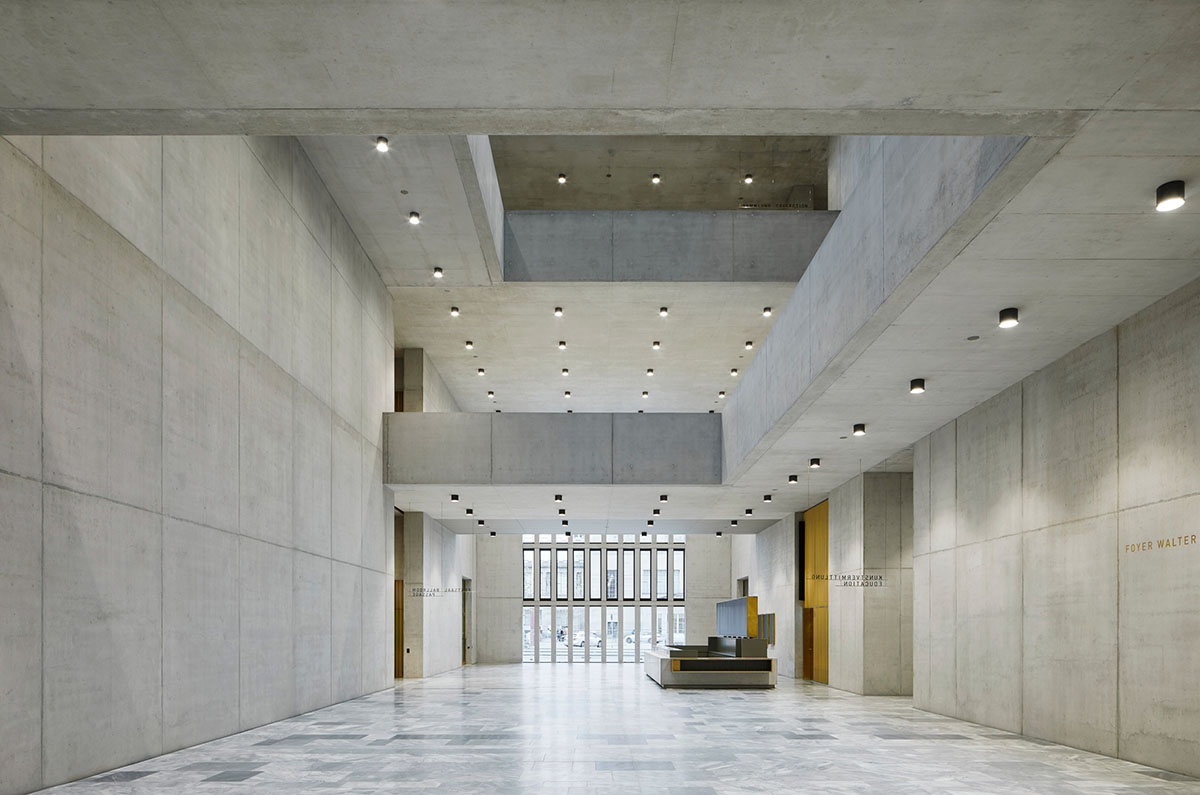 Having won a competition in 2008 to design the new extension, David Chipperfield Architects released revised images of the project in 2015.

The building is connected via a passageway running underneath the square and linking the Kunsthaus with the new extension. 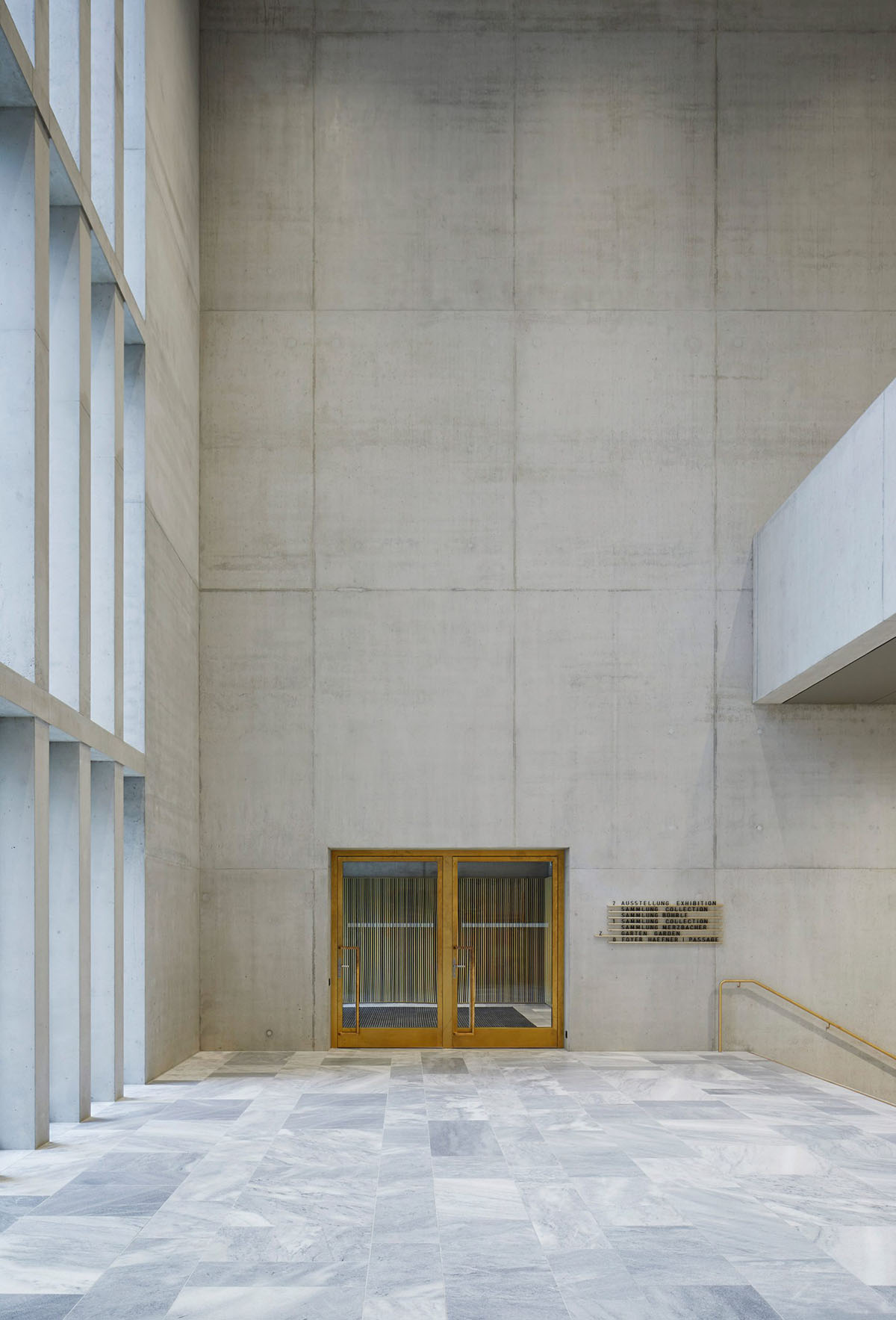 "The urban concept for the extension envisaged the placement of a clear geometric volume on the northern edge of the square," said David Chipperfield Architects.

"The building form takes inspiration from the old cantonal school, built in 1842 to the north of the site, which defines the urban frame with its architectural clarity."

"The urban plan defines two new external spaces: the urban square to the south, framed on all four sides by buildings and the new Garden of Art to the north as an open and permeable natural environment," the firm added. 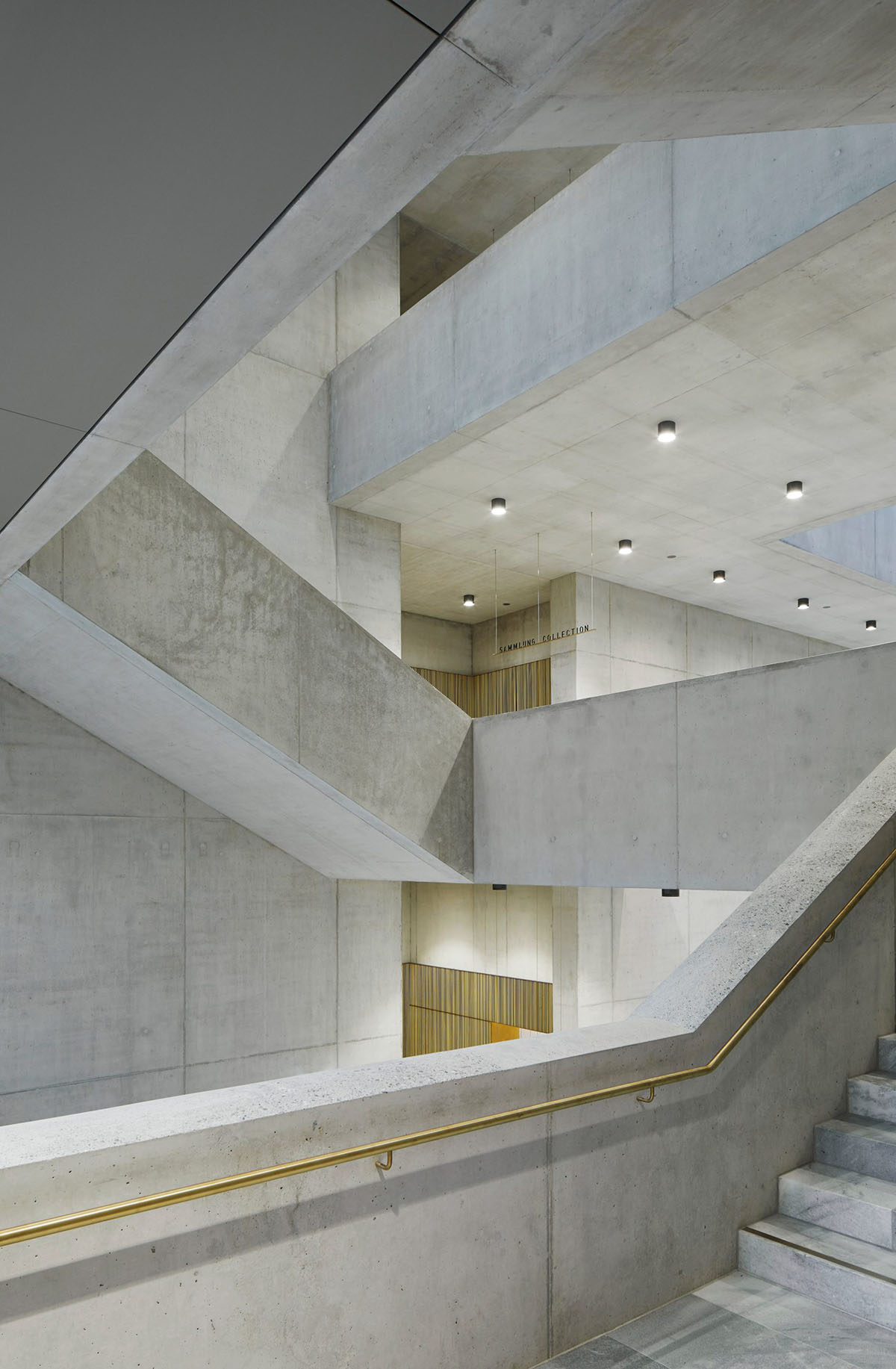 Featuring an expansive entrance hall, the hall spans the full length of the building and creates a link between these two new urban spaces. Due to its low-threshold accessibility it likewise acts as a public link between the institution and the city. 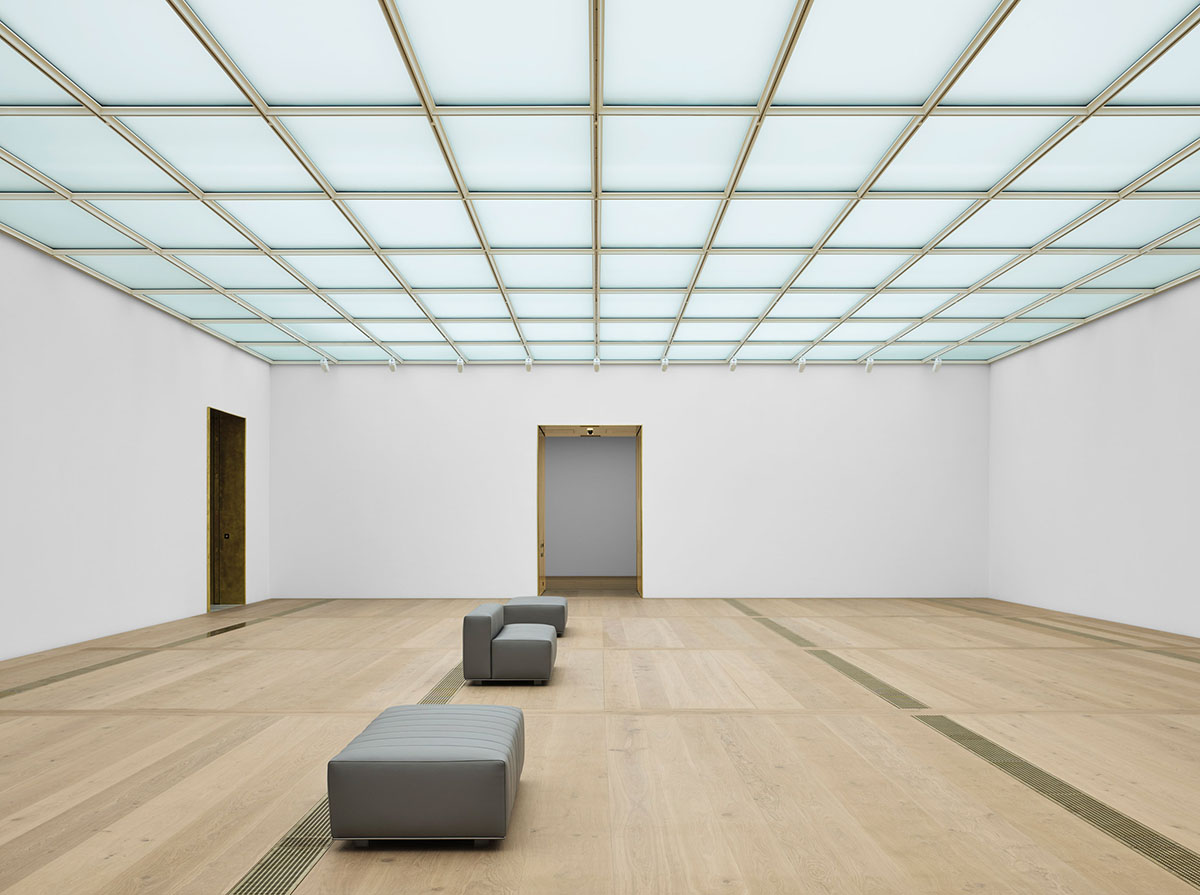 "The extension is therefore embedded in a building culture that is an expression of an enlightened civil society," according to the studio.

"The new building combines tradition and innovation through slender vertical fins crafted from local Jurassic limestone with sawn surfaces and placed at regular intervals in the façade, embedding the building it its urban and cultural context in a contemporary manner."

In the interiors, the architects followed a concept of a "house of rooms". As the studio highlights, "this idea finds its expression in the different design of the rooms in terms of size, orientation, materiality and lighting, giving each its own character and creating a diverse sequence of spaces." 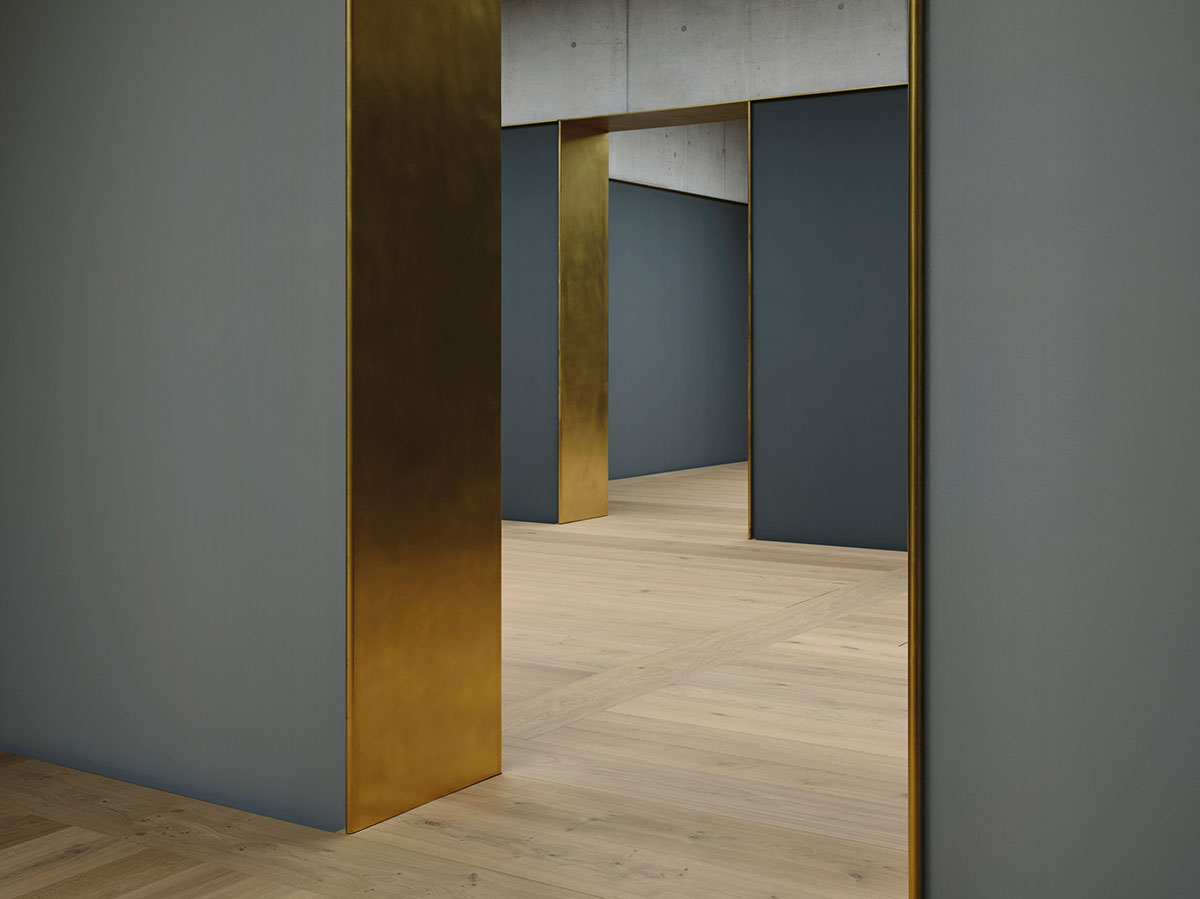 On the ground level, the architects placed all public functions such as the café/bar, events hall, museum shop and museum education services that are arranged around the central entrance hall, while the two upper floors are reserved exclusively for the display of art. 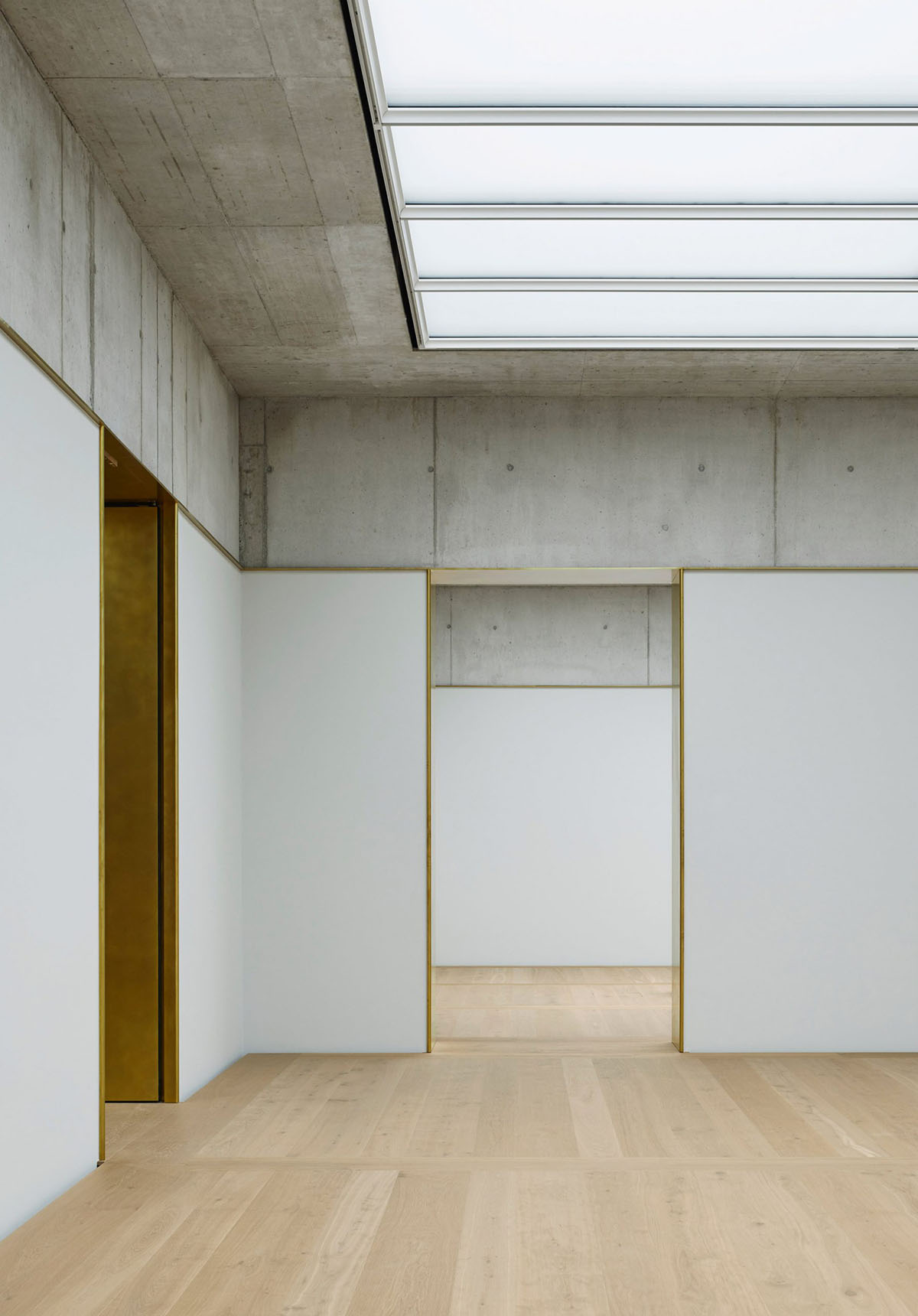 The architectural language of the exhibition spaces are characterised by a calm materiality and an abundance of daylight – side light on the first floor and skylight openings on the second floor – placing the immediate experience of art at the centre of the visitor experience. 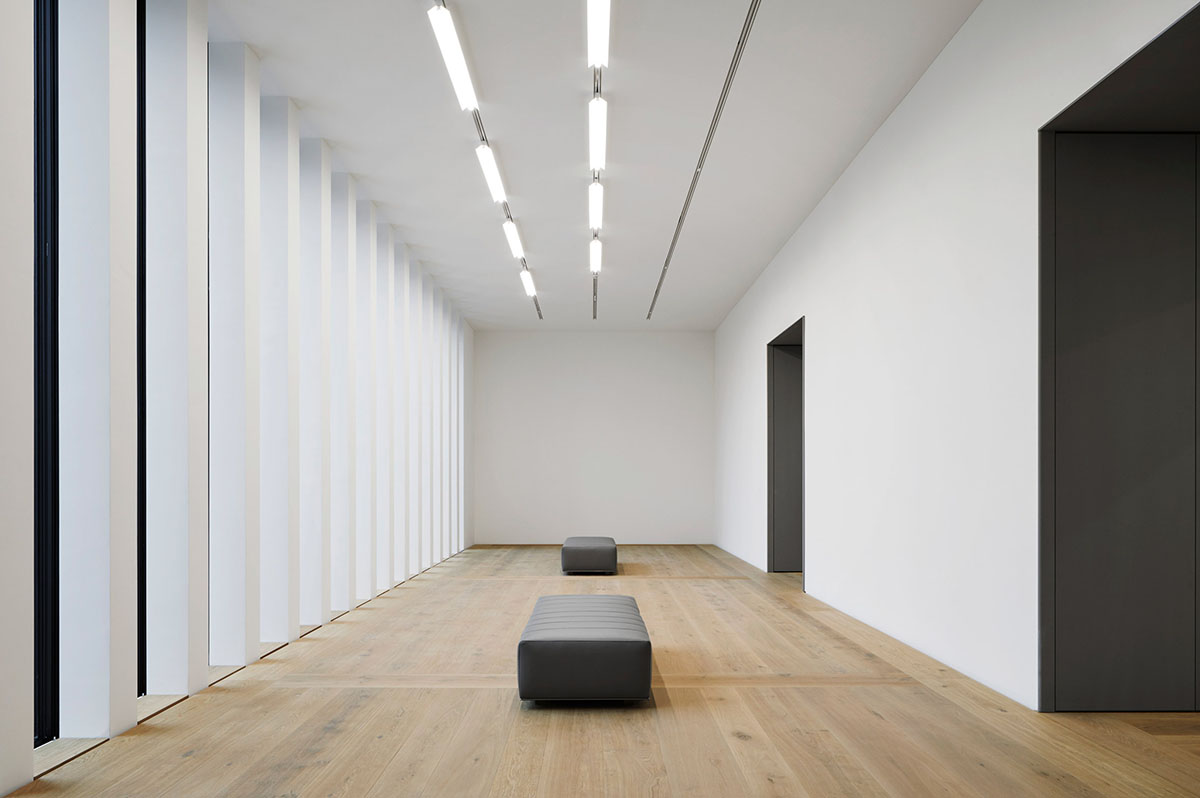 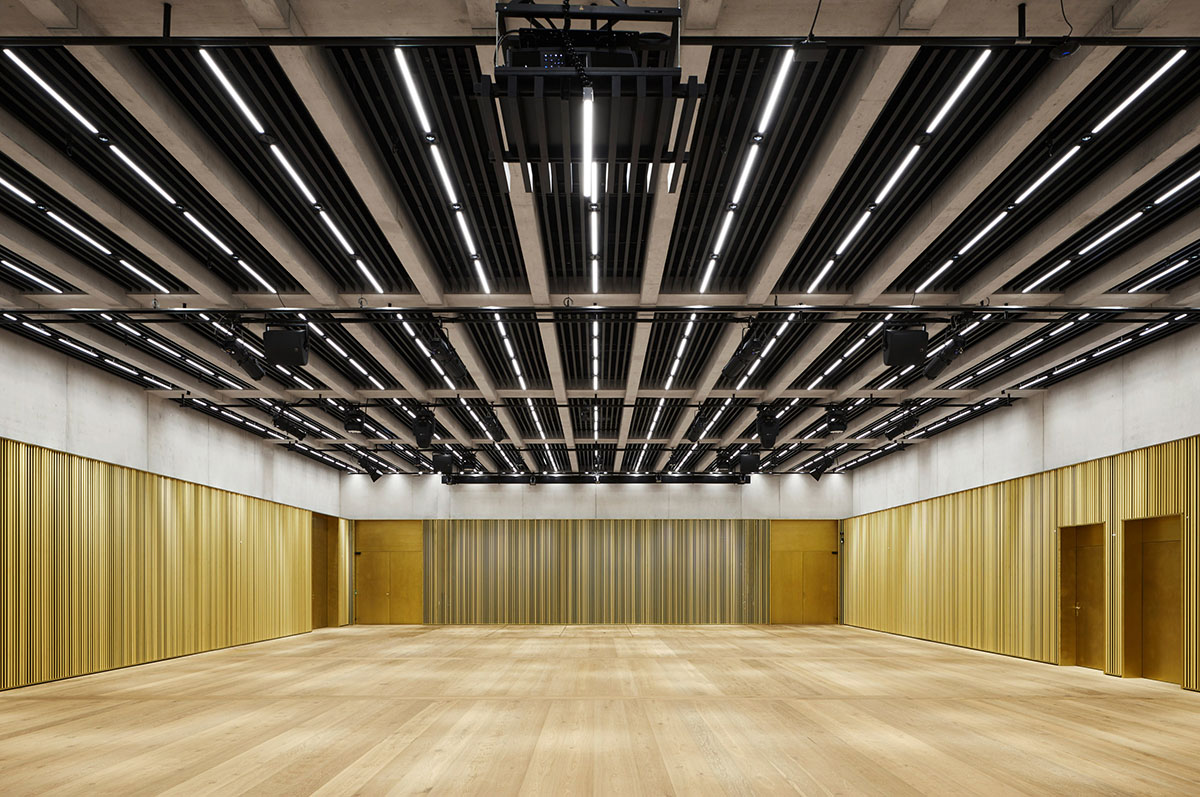 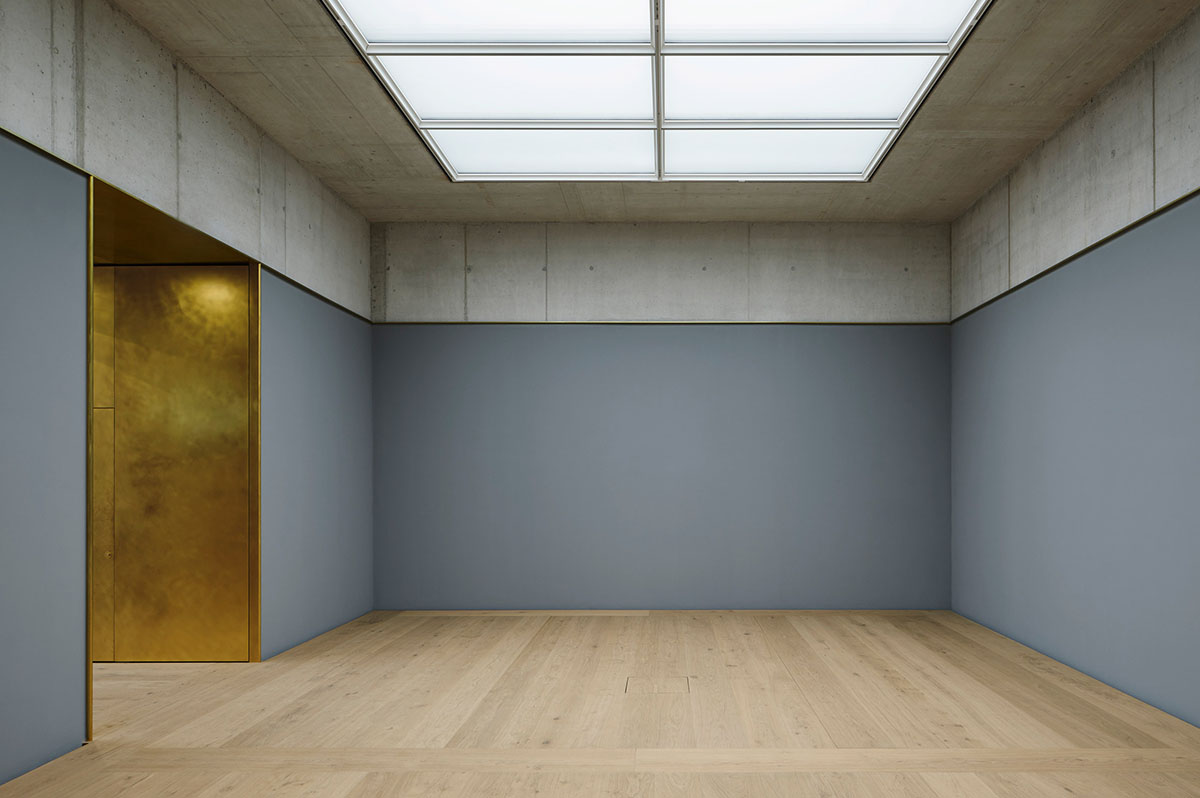 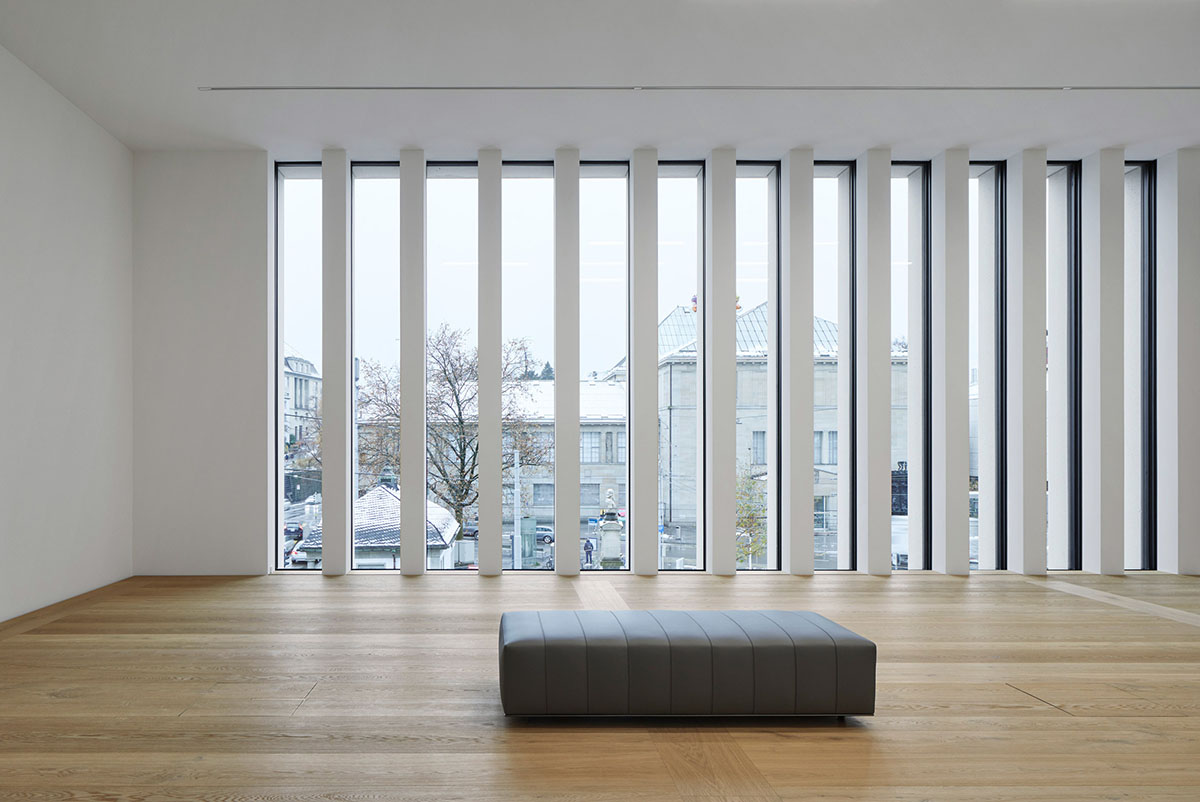 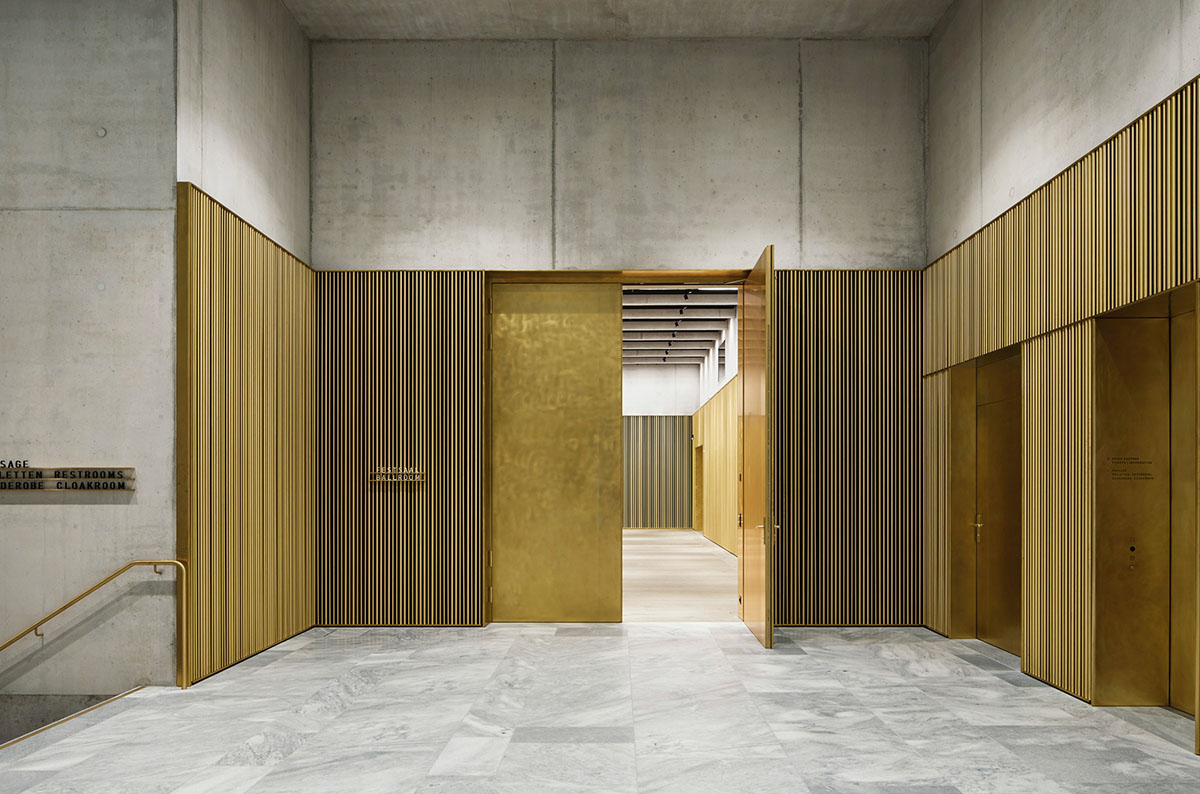 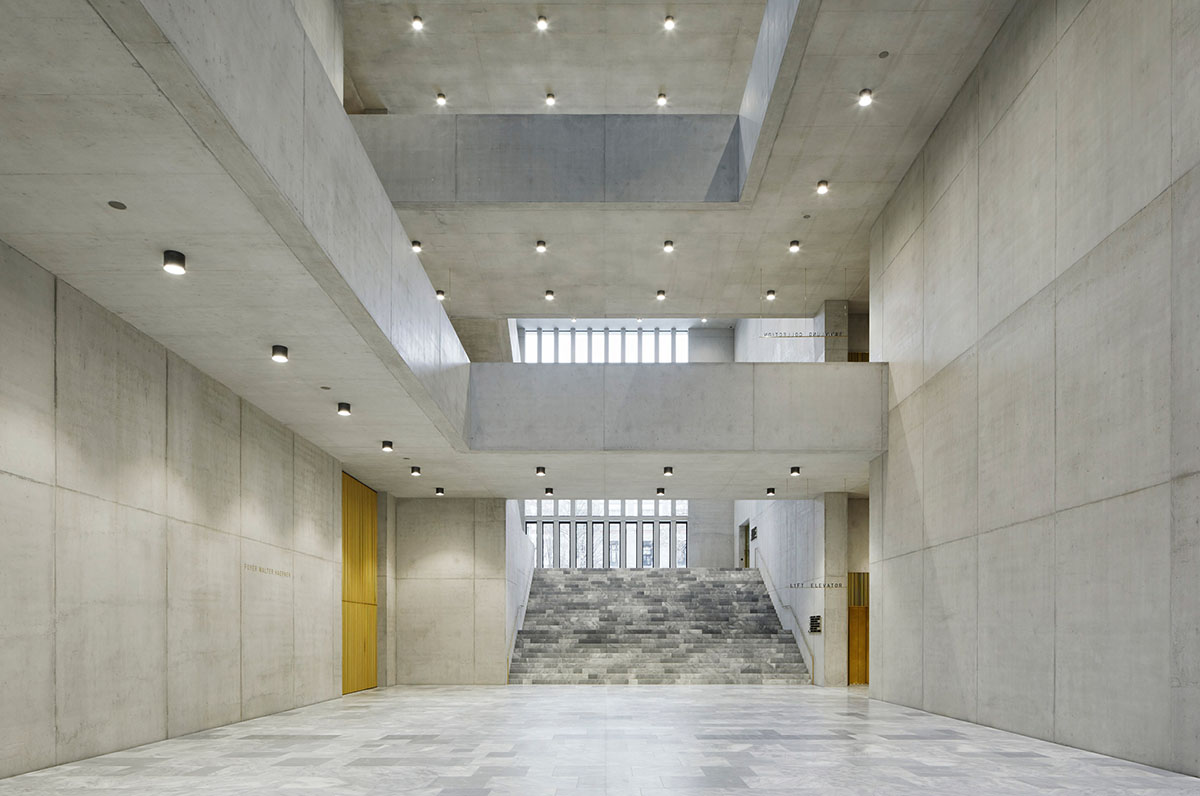 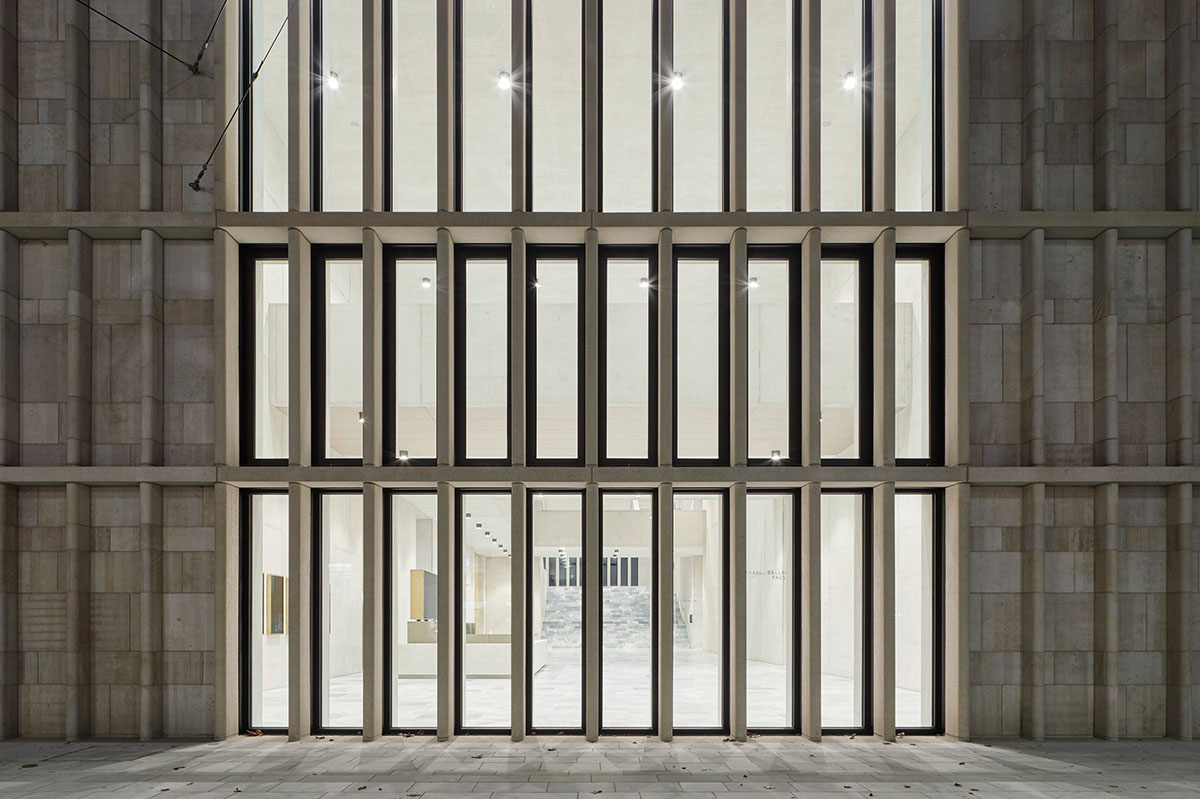 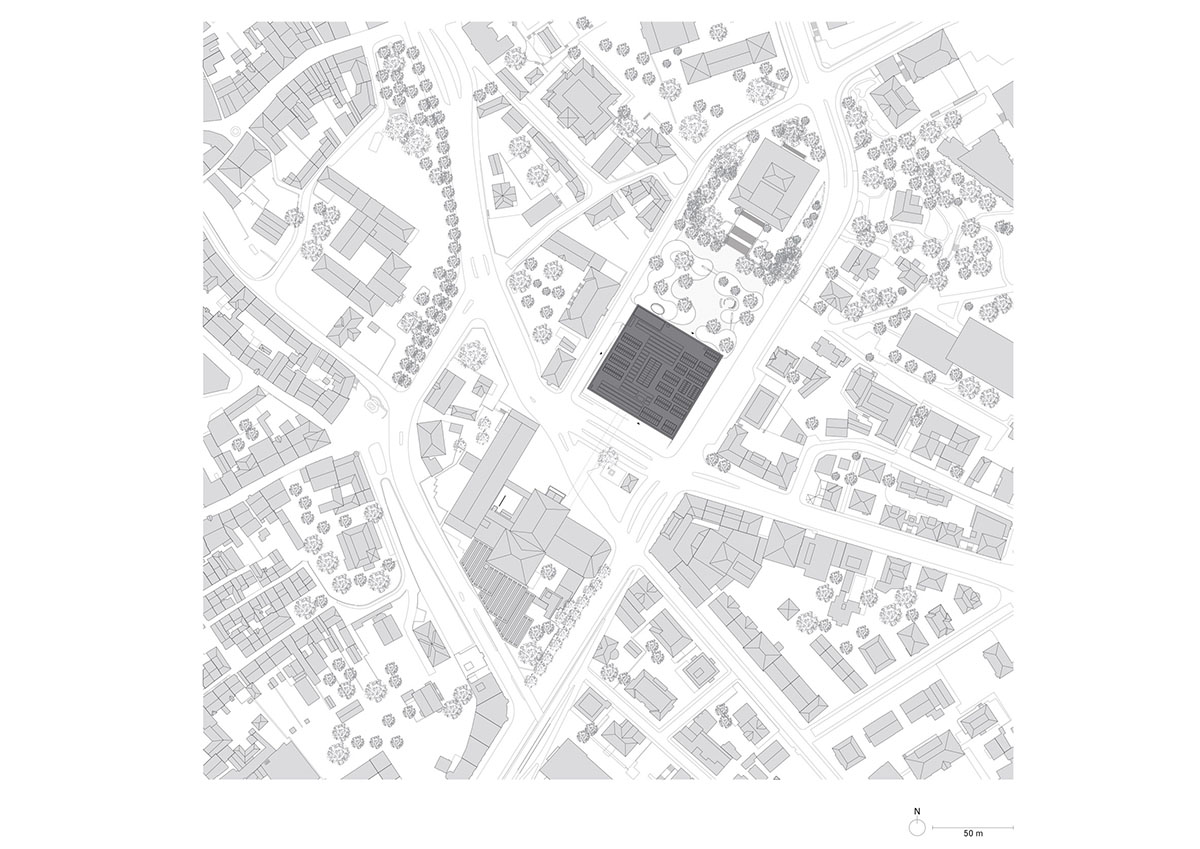 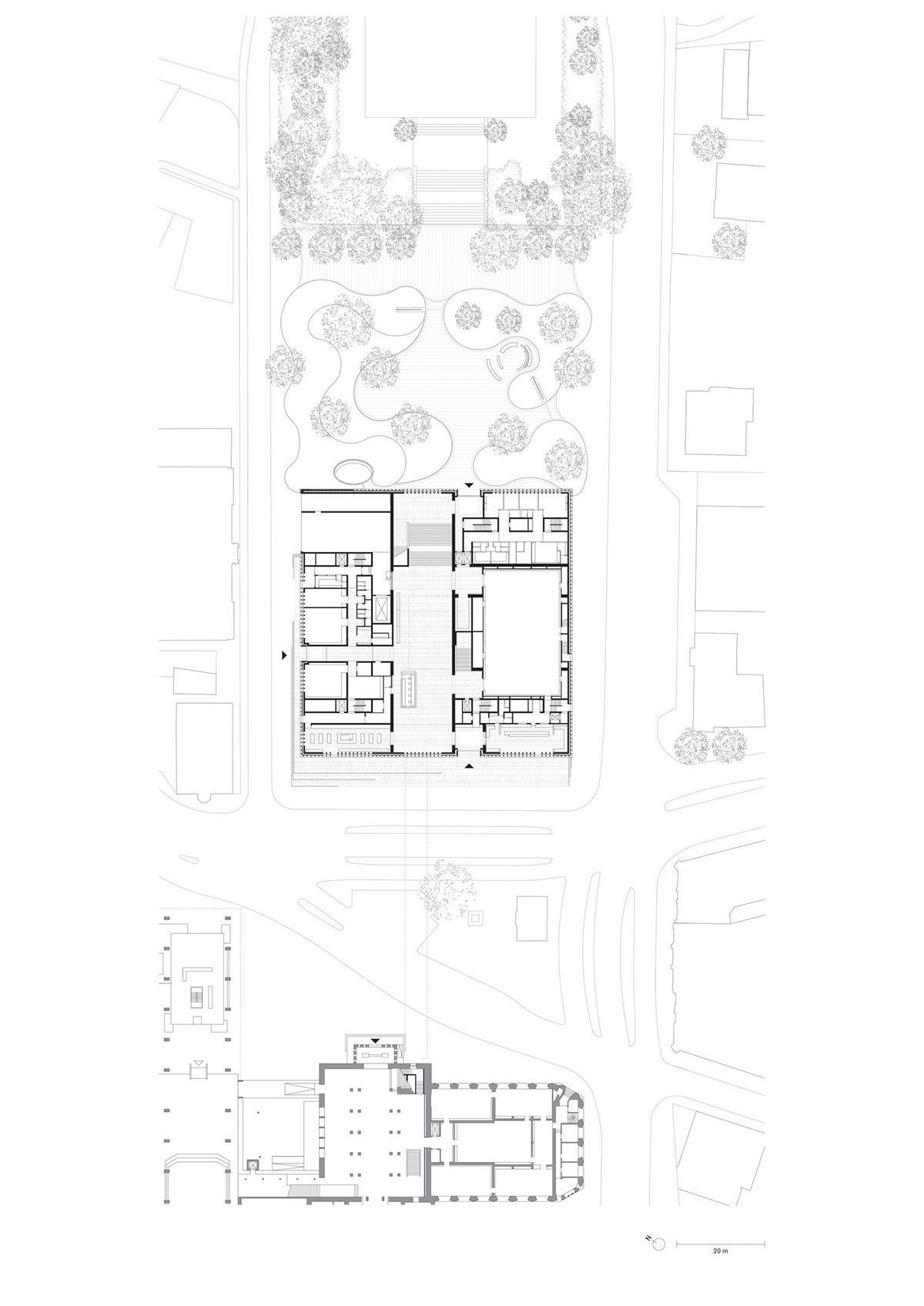 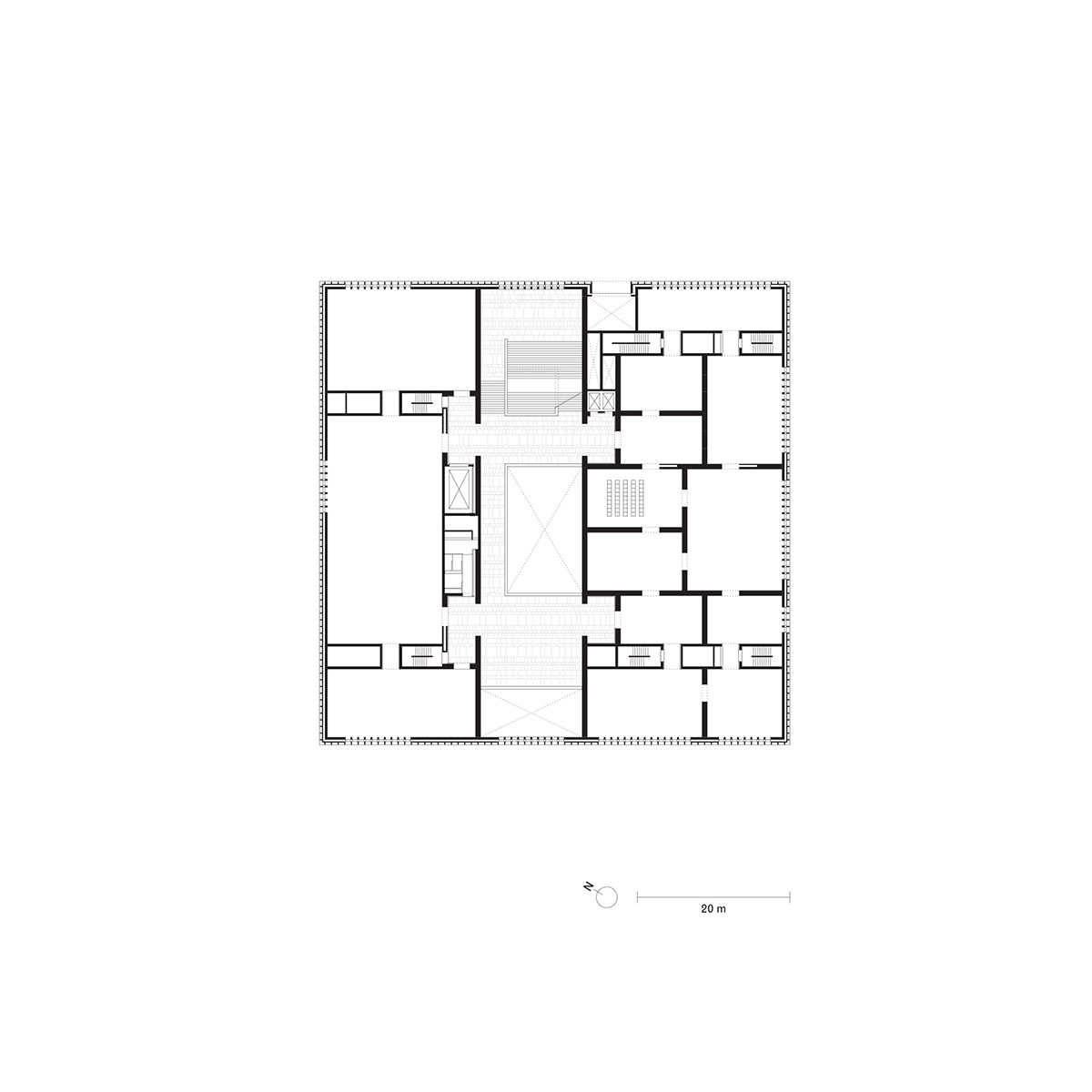 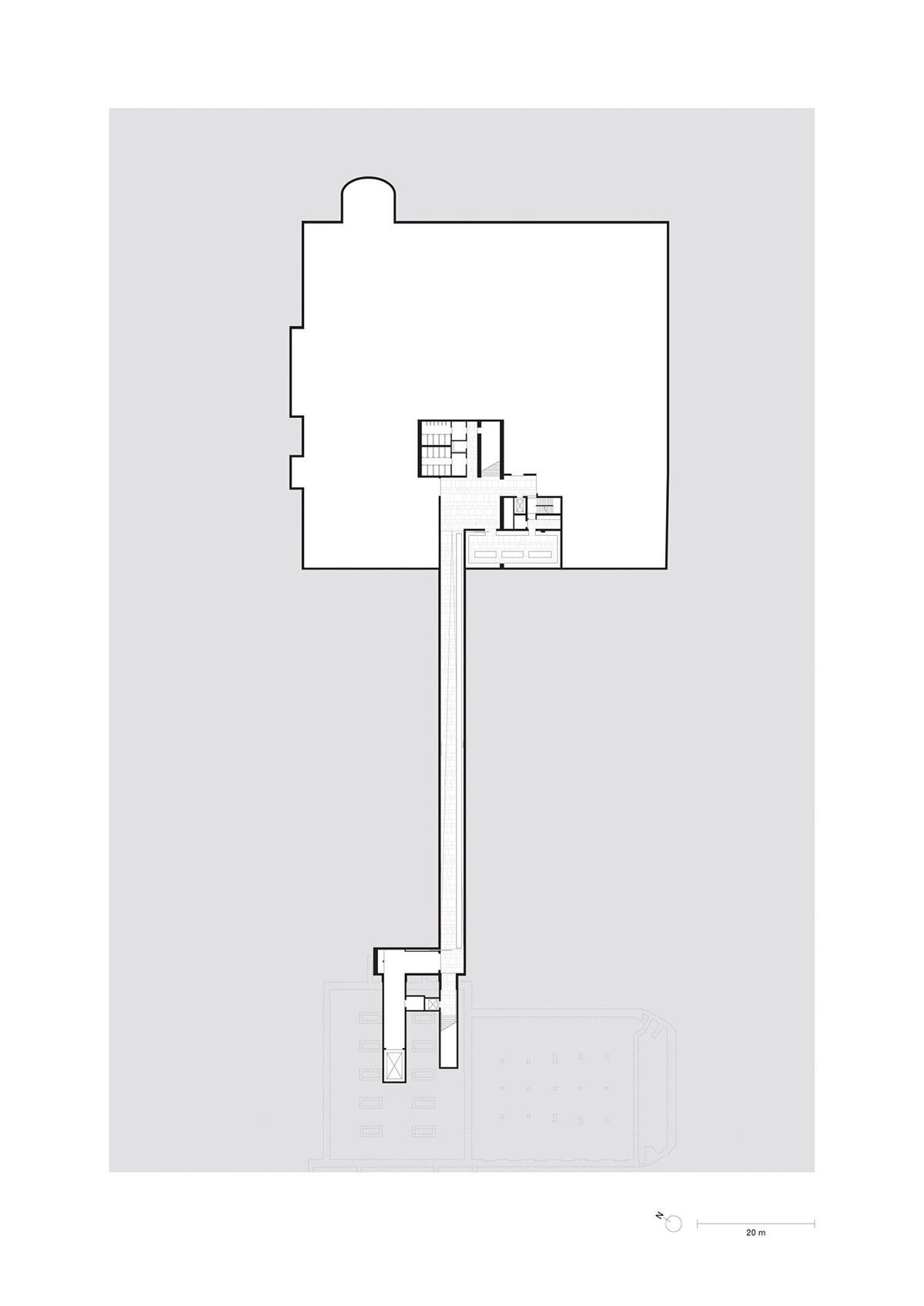 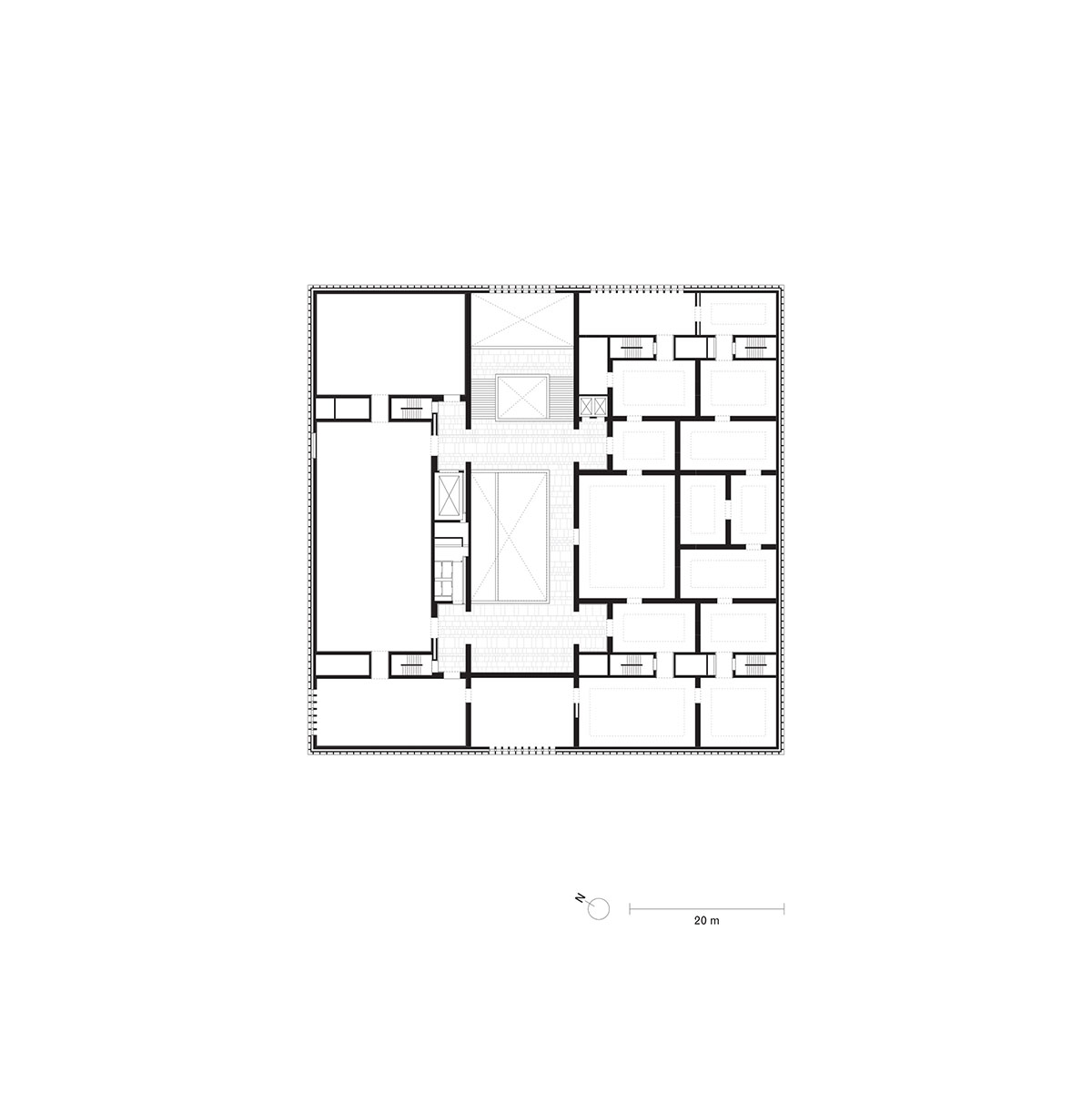 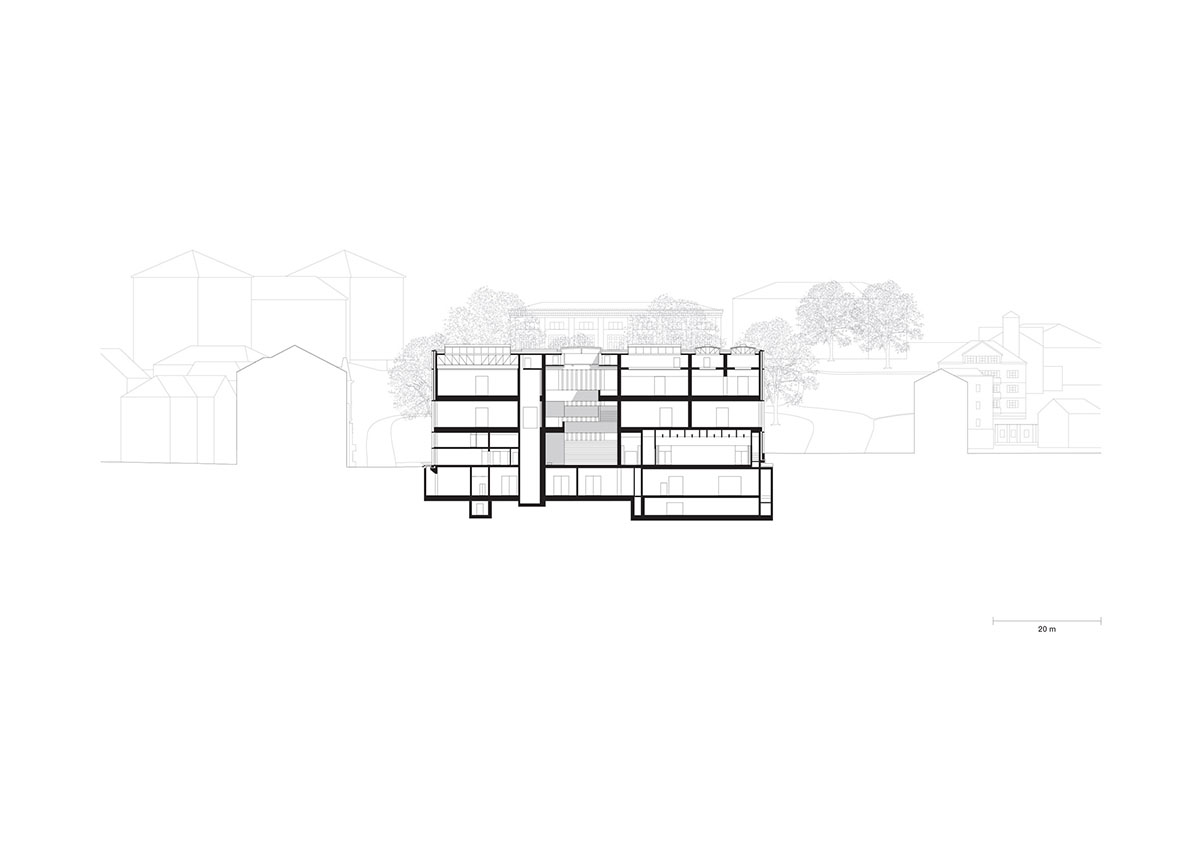 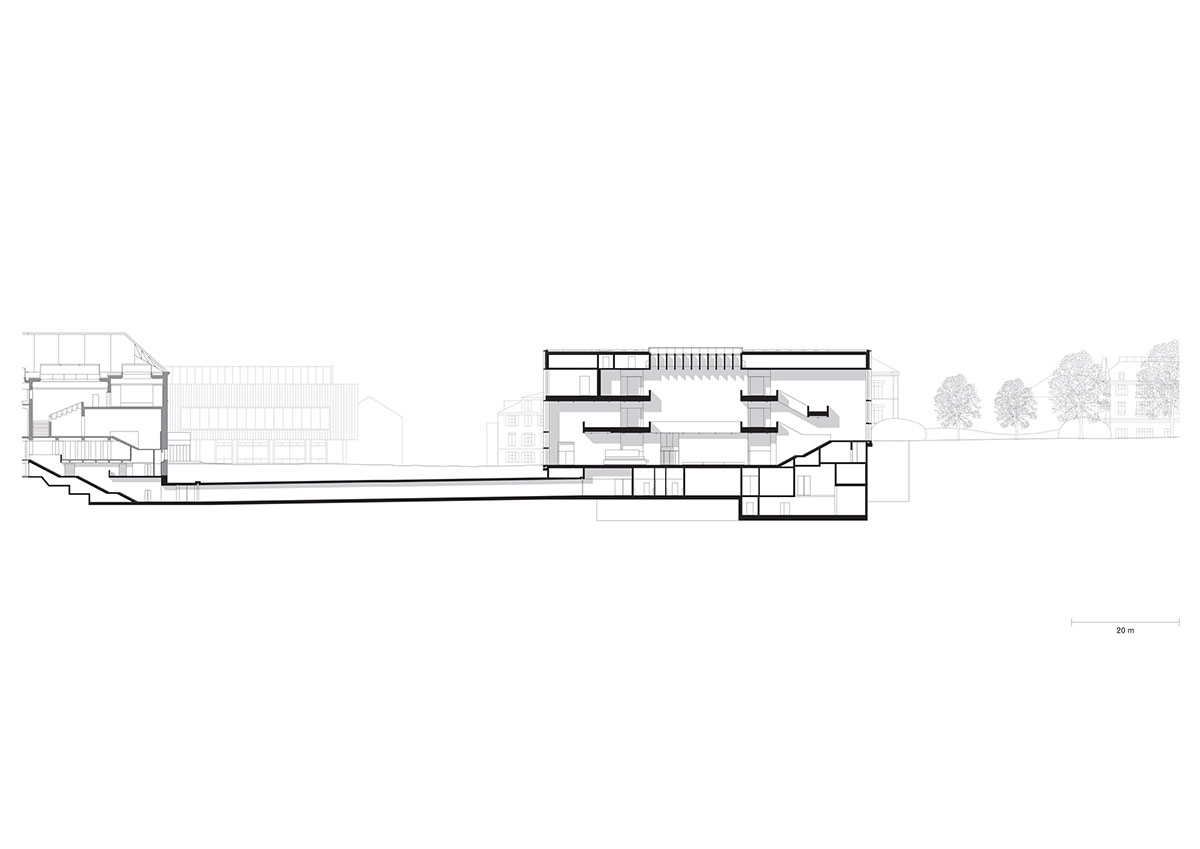 The new extension the Kunsthaus Zurich museum will be opened to the public in 2021.

David Chipperfield Architects recently completed a conversion of former hospital into an office complex in Germany and the Würth Art Museum and Conference Hall in Germany.