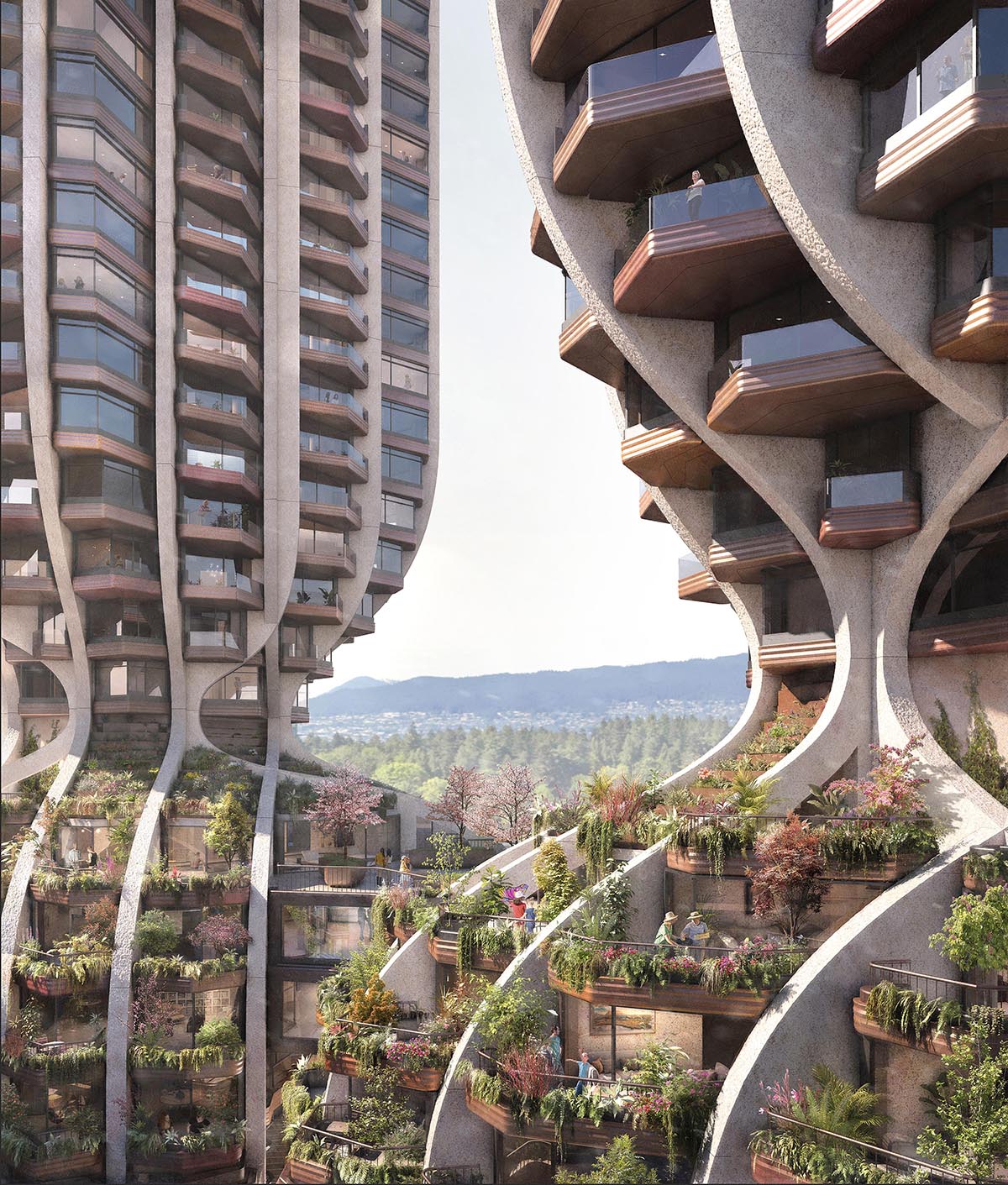 British designer Thomas Heatherwick's practice Heatherwick Studio has unveiled design for a pair of residential towers in Vancouver, and once complete, it will be the first high-rise project of the studio in Canada.

The project is still in early design stage, but the plans have been submitted to the City of Vancouver in late December 2020. 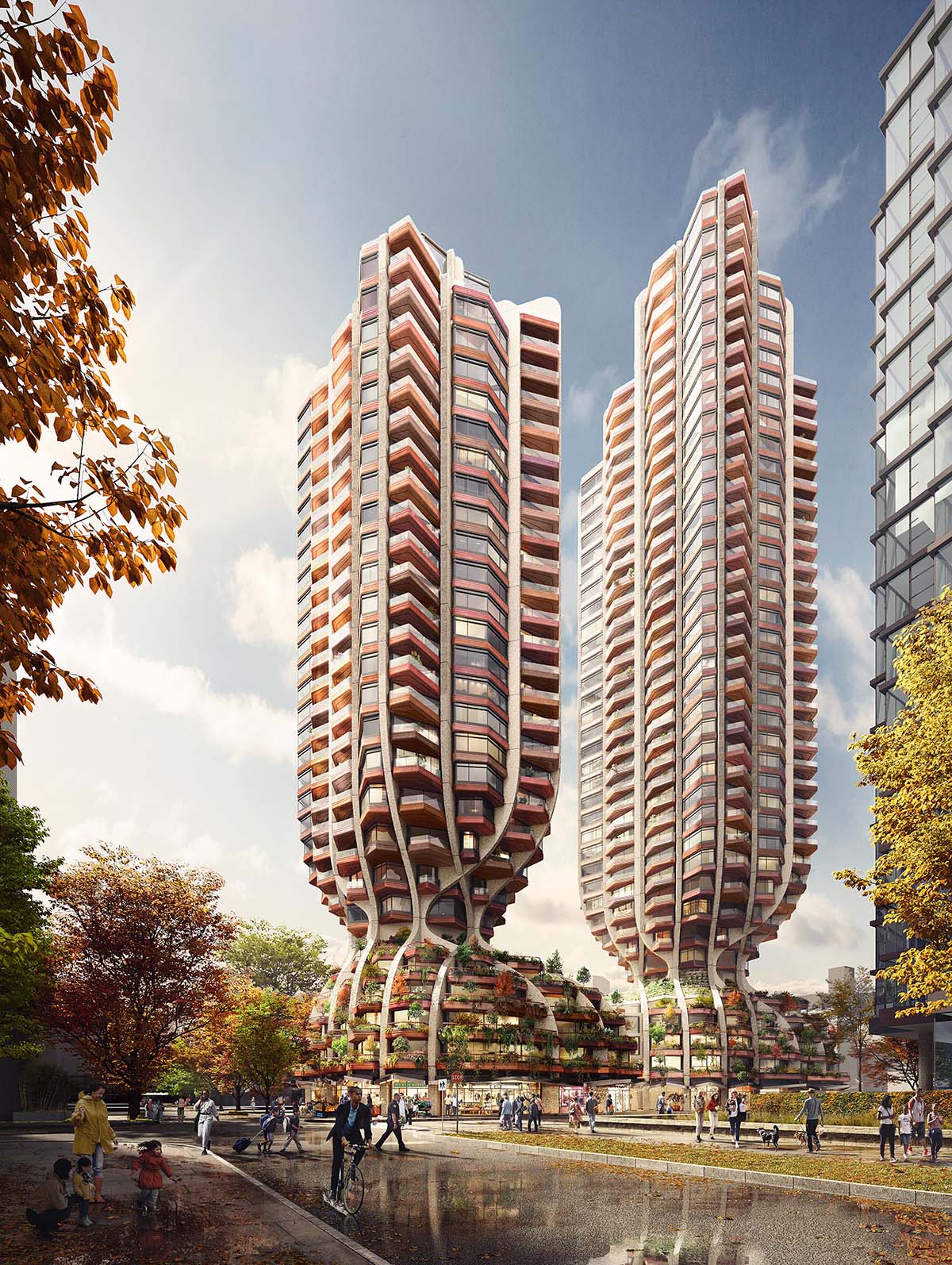 Featuring a curvaceous form and distinguished with vertical strips throughout the towers, the first six floors of the towers are narrowed like a ribbon form and the residential program is placed on the upper floors of the buildings. 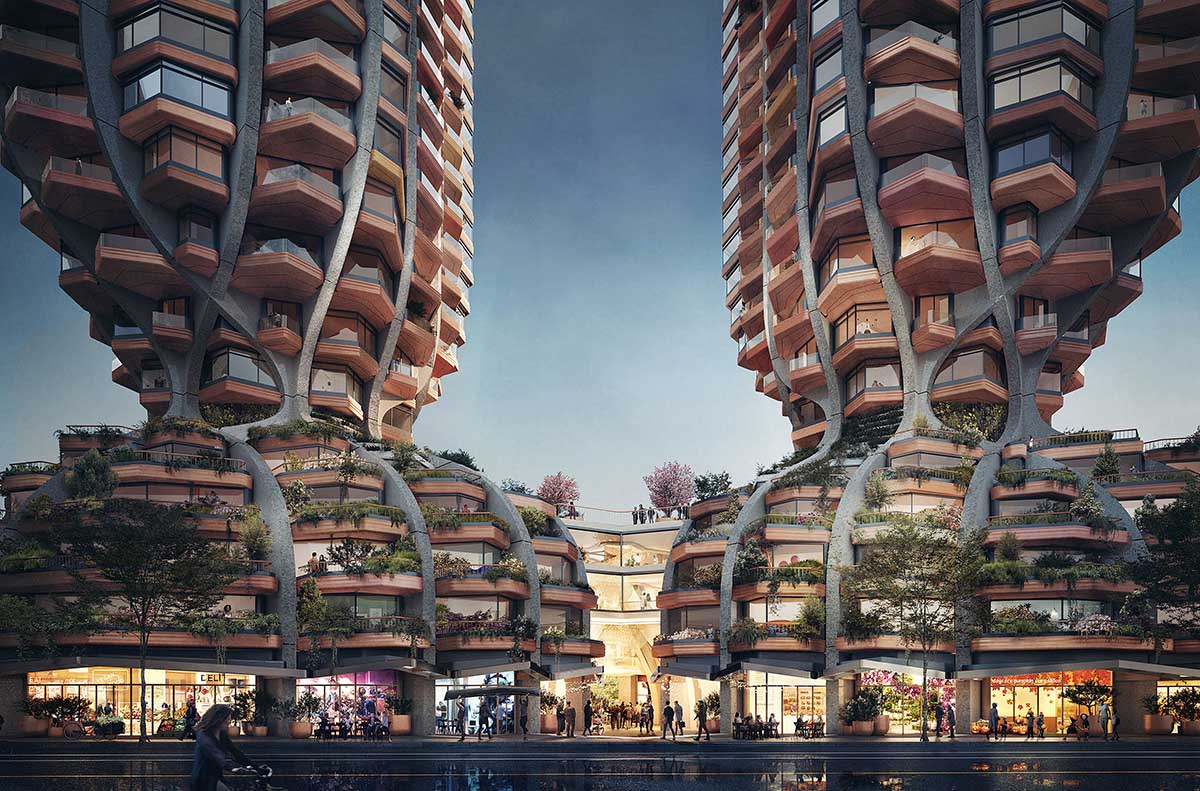 On the ground level, there will be retail functions that will serve for the local community, which will be publicly accessible.

It is understood from the renderings that the material of the vertical strips will be made of wood that will continue in a fluid form towards upwards. 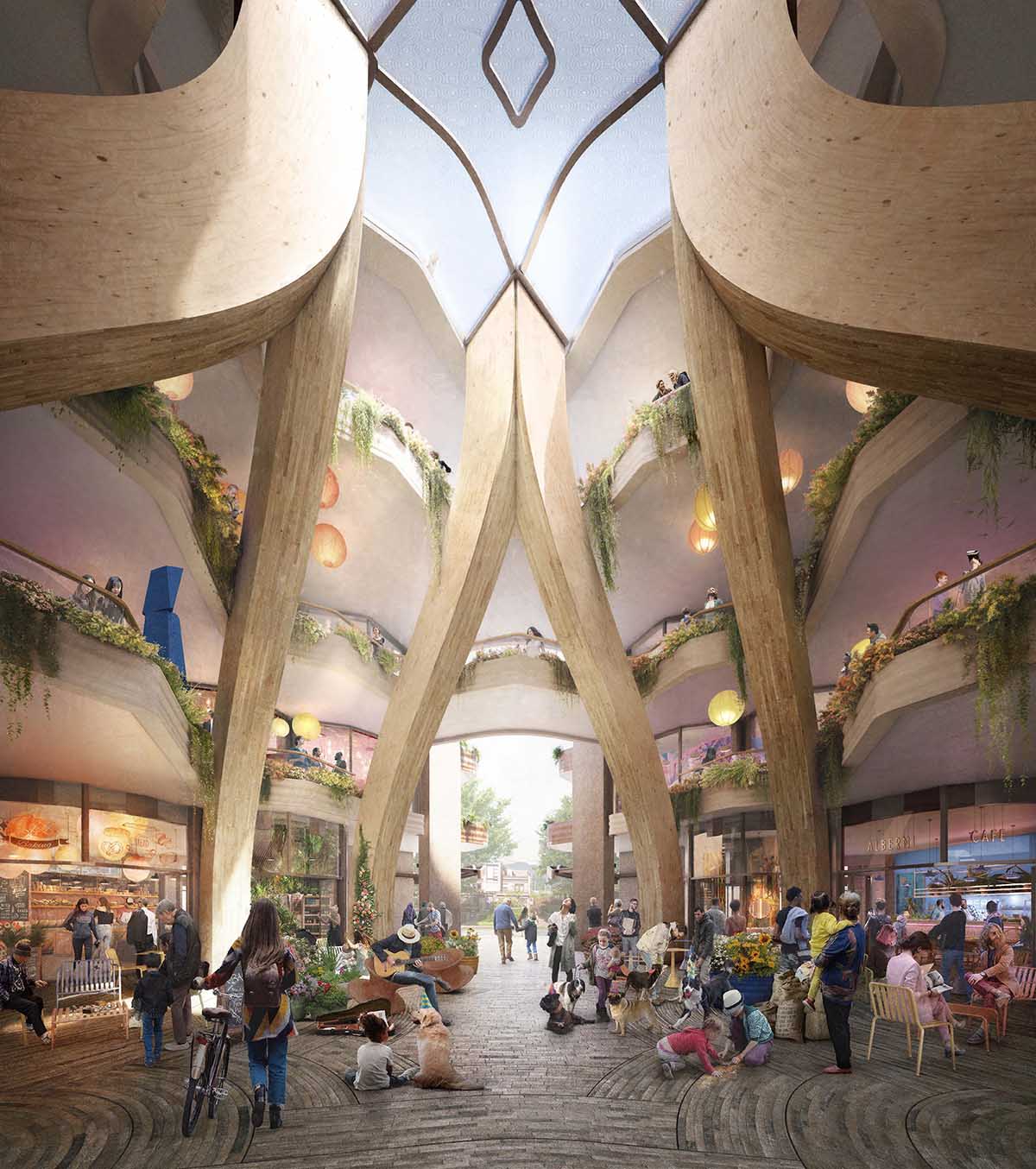 The zig-zagged form of the terraces continues in the interiors and is perceived from the ground level plaza. The terraces on the first six floors will also have planted gardens.

The upper floors, reaching at 22 levels, will follow the same form of zig-zagged terraces which are divided with vertical wooden strips. 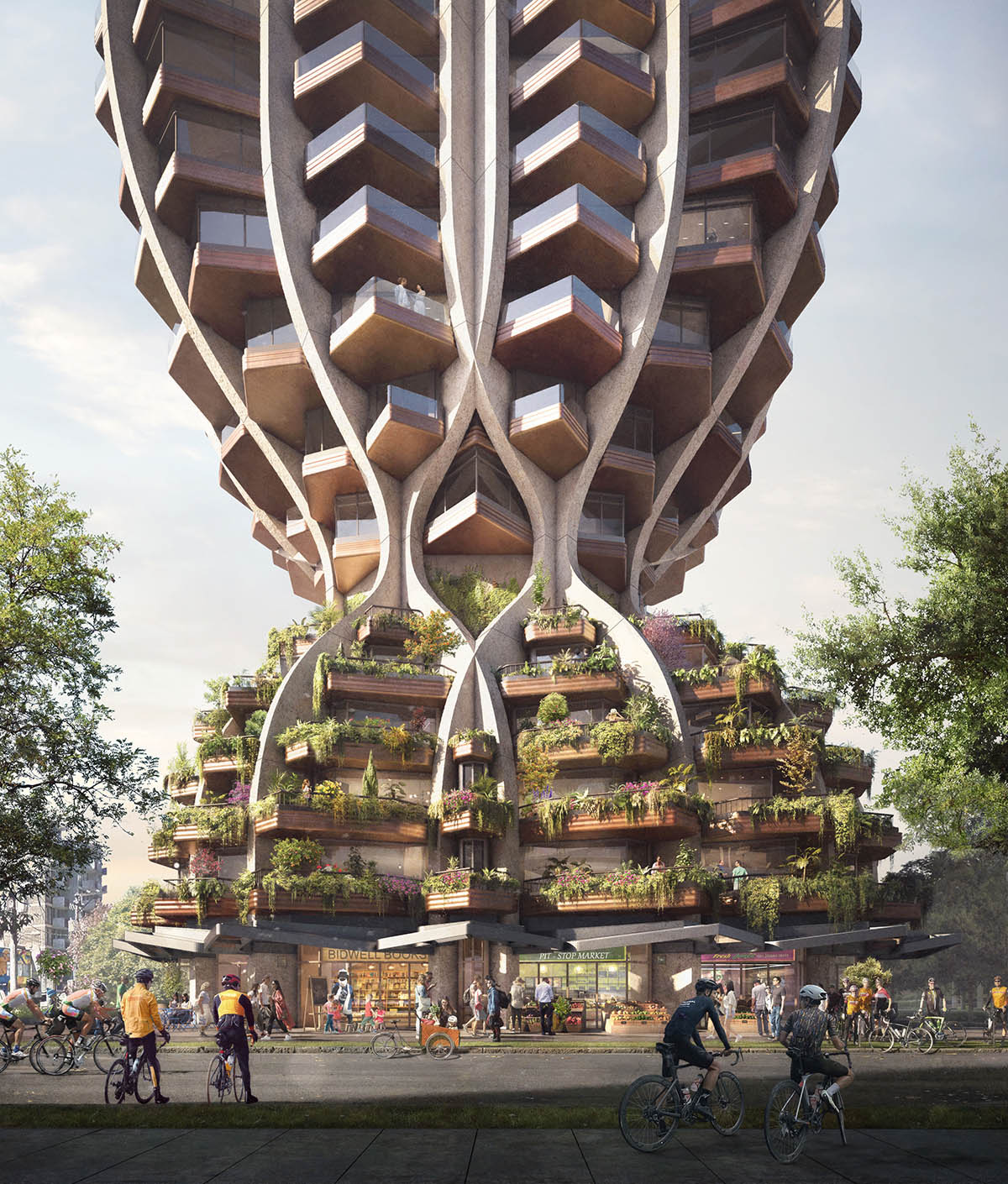 Heatherwick Studio previously designed building for the new Google HQ in Sidewalk Labs' masterplan on Toronto’s Eastern Waterfront, but the plans have been cancelled due to the uncertainty and economic downfall caused by the coronavirus pandemic.

Heatherwick Studio was founded by Thomas Heatherwick in 1994 in London to bring the practices of design, architecture and urban planning together in a single workspace.

Heatherwick Studio's Pier55 is under construction in the Hudson River of New York, which is expected to be completed this year.