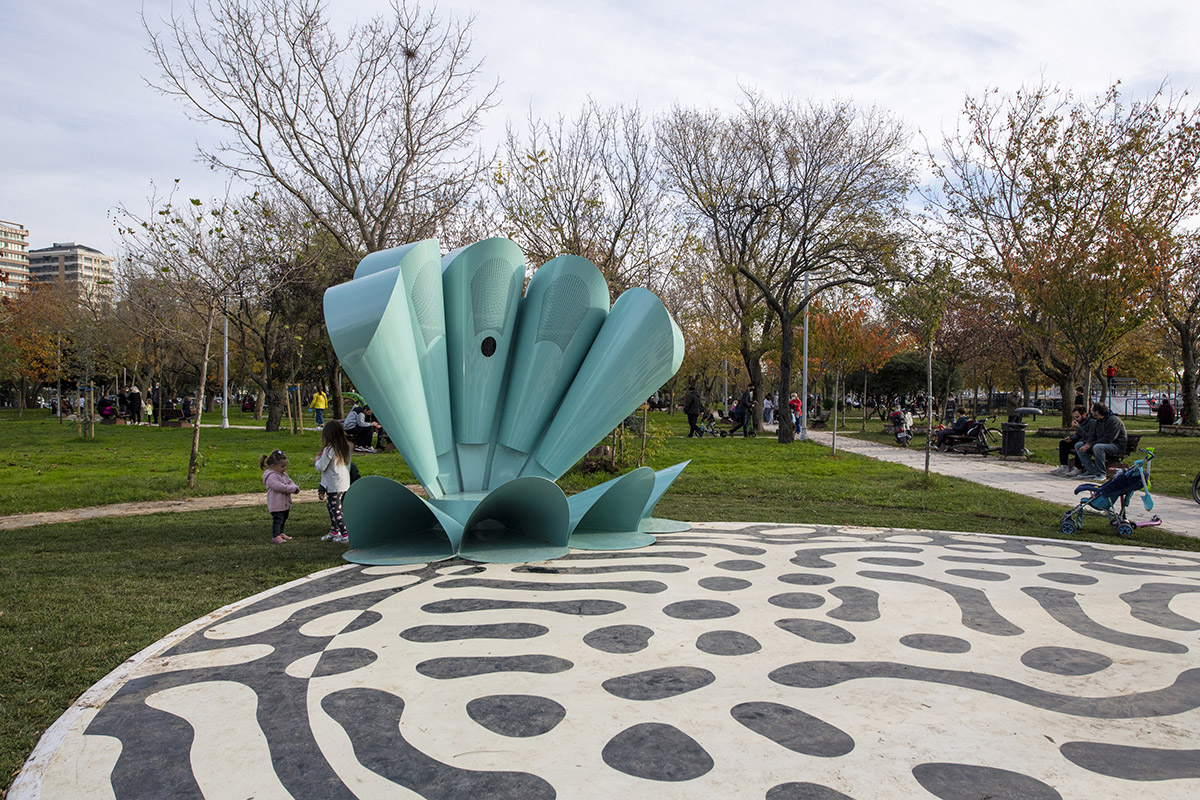 The 5th Istanbul Design Biennial has revealed its 2021 program which will run until April 2021 around Istanbul with online and physical exhibitions and installations.

Organised by the Istanbul Foundation for Culture and Arts (IKSV), the 5th Istanbul Design Biennial has opened on October 15 to the public with the theme of Empathy Revisited: designs for more than one, the program of the Biennial will now continue with a series of installations, talks and workshops.

The biennial's aim is to bring together ideas and projects that seek to define a new role for design based on empathy. "Designers have adopted sensitive, diplomatic, sometimes therapeutic functions, with the aim of connecting us with one another but also with the world around us, with other species, with microorganisms, soil, water and even the universe," stated in a press release.

The 5th Istanbul Design Biennial's "New Civic Rituals" installations, the digital video series titled "Critical Cooking Show", and the 'activations' programme, which consists of talks and workshops, will continue until the end of April 2021.

The organizers of the Biennial have revealed new visuals from the installations and projects that can be visited in different venues of Istanbul. 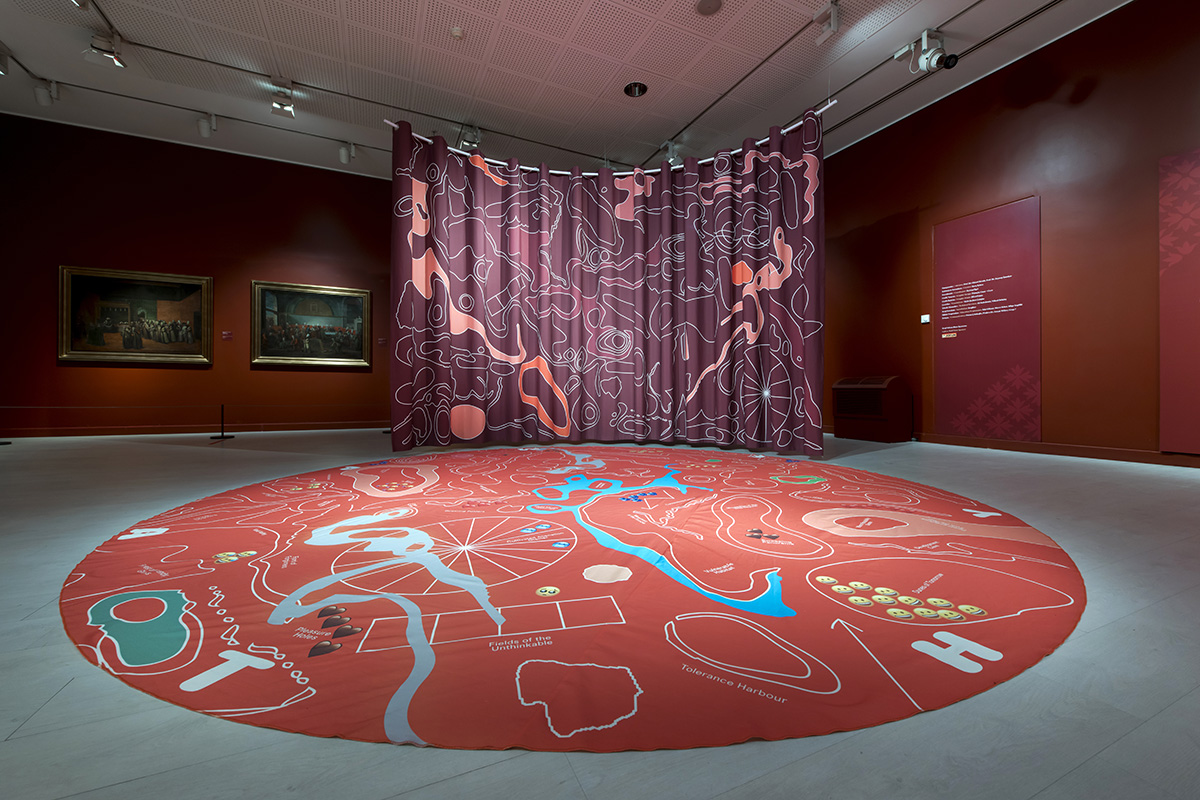 The organizers of the Biennial have also revealed an online tour with the curators to the Biennial’s Library of Land and Sea programme at ARK Kültür and the works at Pera Museum. Watch the video below.

In this video, biennial curators Mariana Pestana and Sumitra Upham, along with the Young Curators Group Nur Horsanalı, Ulya Soley and Eylül Şenses, take a  video tour of the biennial’s "Library of Land and Sea" programme at ARK Kültür and the works at Pera Museum, as well as the installations spread across the city of Istanbul under "New Civic Rituals" programme. ARK Kültür, which featured the first outputs of research projects born in various regions among the Mediterranean basin, hosted 11 works between 15 October and 15 November.

Due to Covid-19 precautions a limited number of visitors were accepted into the venue. The research around these projects will continue throughout 2021 and will be shared via the biennial's accounts. 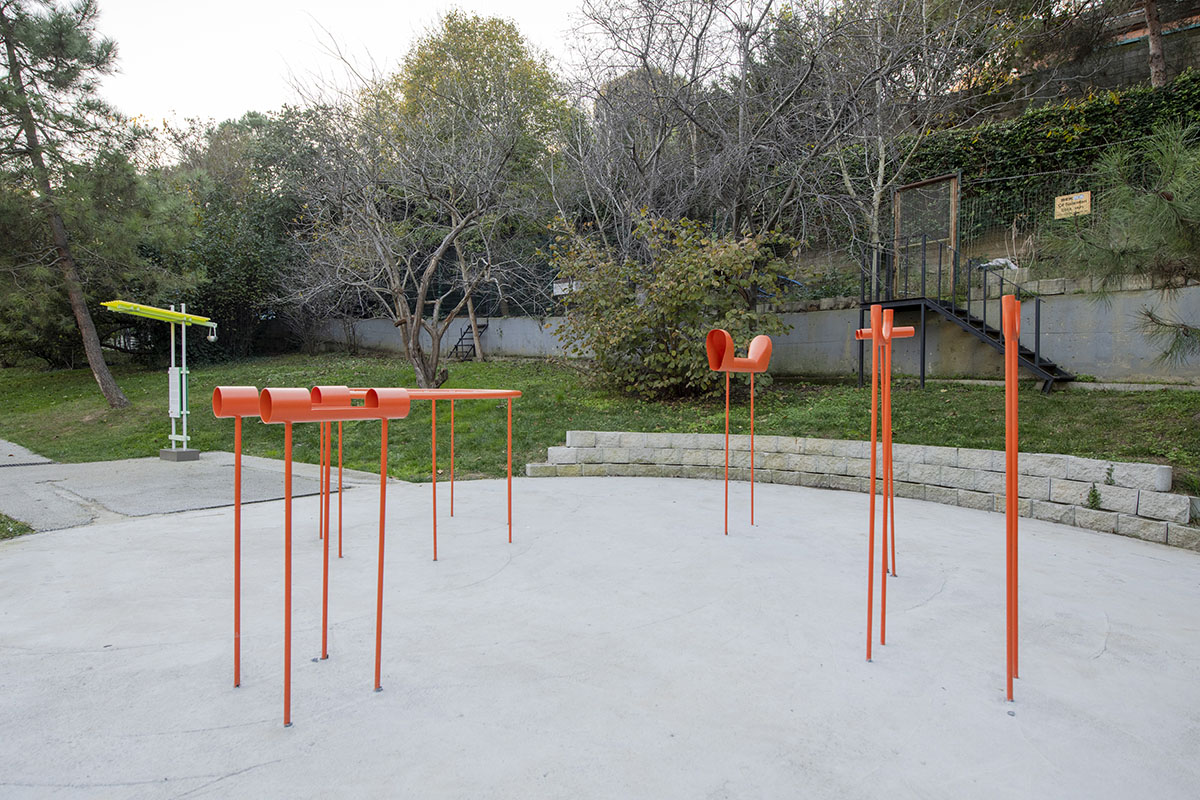 New homes for Point Cloud and Public Devices for Therapy

Two projects previously installed at the Beşiktaş Pier as part of New Civic Rituals were moved to their permanent locations on 20 November.

Point Cloud by Soft Baroque is now at Aykut Barka Park and Public Devices for Therapy by Soraia Gomes Teixeira can be visited at Etiler Artists Park. 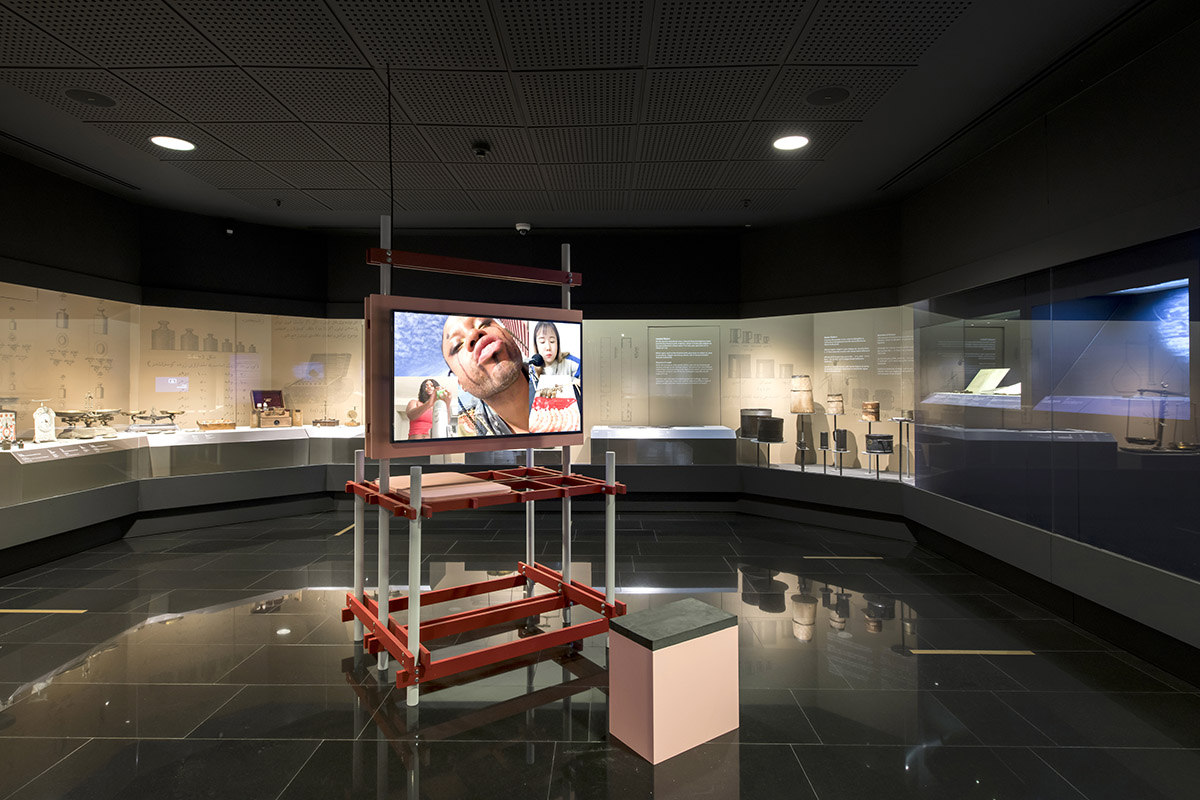 Dansbana! Kalamış, the project by Dansbana!, which is a new spot for dancing designed to encourage women's visibility in public spaces, opened at Kalamış Park with the support of IASPIS, Consulate General of Sweden and Kadıköy Municipality.

Visitors can connect to the installation's speaker via bluetooth and dance to your favourite tunes. 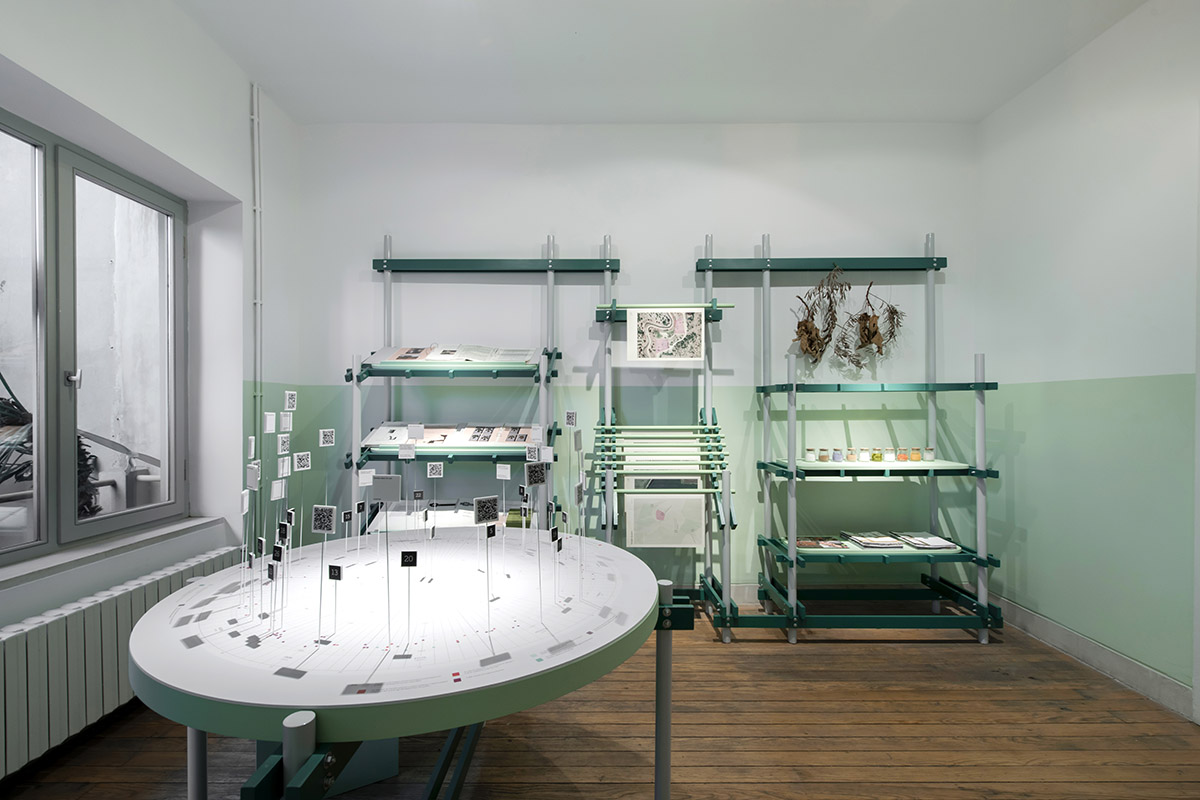 The Map of Empathic Society continues at the Pera Museum

"The Map of Empathic Society", through which The Rodina invites viewers to step in and become part of the installation, will be hosted at Pera Museum until the end of April.

Located at the 2nd floor among the Orientalist Painting Collection, The Map of Empathic Society can be visited with a museum ticket. The project awaits everyone who likes to play and wishes to reflect on the notion of 'homo ludens'. Activations will go on in a variety of digital formats

The activations, organised by the Young Curators Group, will go on with talks and workshops realised within the scope of different projects.

In April 2021, Dansbana! will host a series of workshops at the dance floor located in Kalamış Park. Furthermore, the Empathy Sessions, which can be referred to as the 'philosophical axis' of the biennial, will be carried on to the digital realm and offered to a wider range of audience.

For more information about the programme, which will be enriched with new additions in the following weeks, follow the biennial's website and social media accounts. 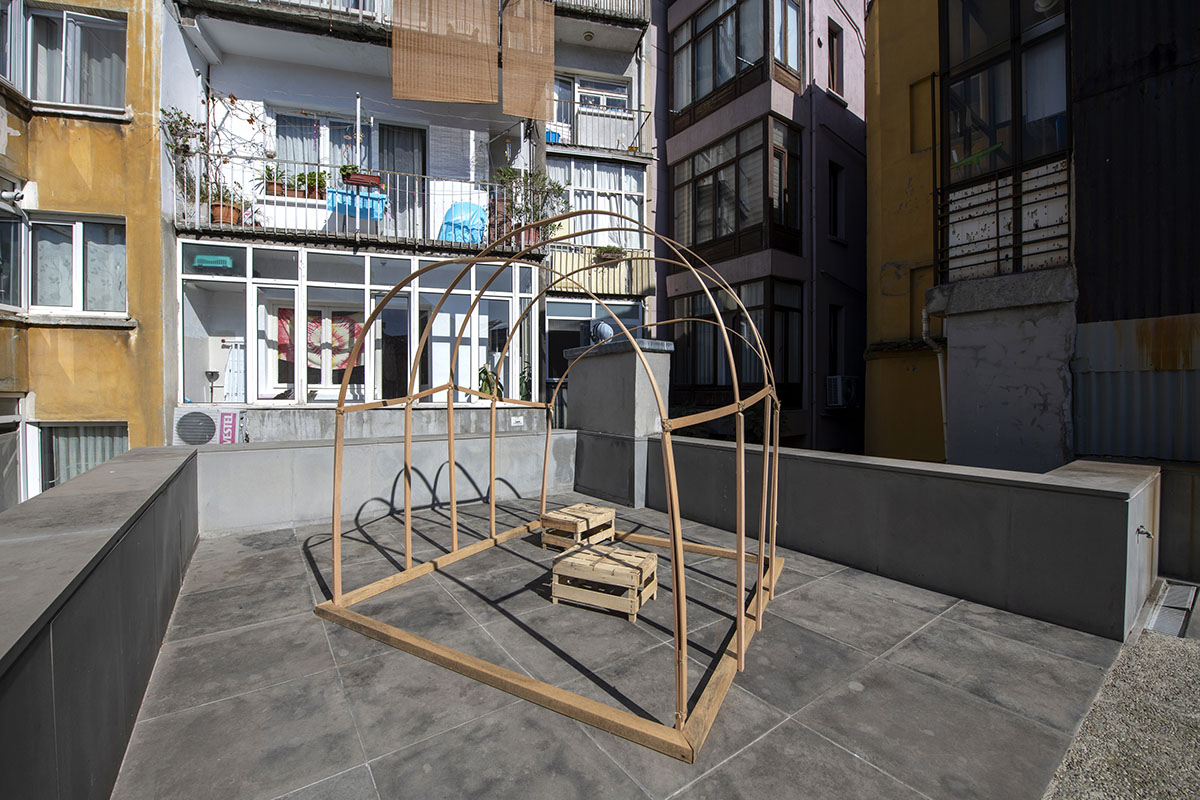 The Tentas an Image of the Cosmos - Black Athena Collective, 2020. Image © Kayhan Kaygusuz

A critical reflection on food and kitchens: Critical Cooking Show

The Critical Cooking Show, which is the digital axis of the biennial, will continue to feature a new video every Sunday until 14 February 2021.

Exploring how food exchange, preparation and consumption relates to urgent ecological, economic and geopolitical conditions impacting contemporary culture today, the series encourages one to become not just a cook, but a critical cook. The videos can be streamed via biennial’s website and e-flux architecture. 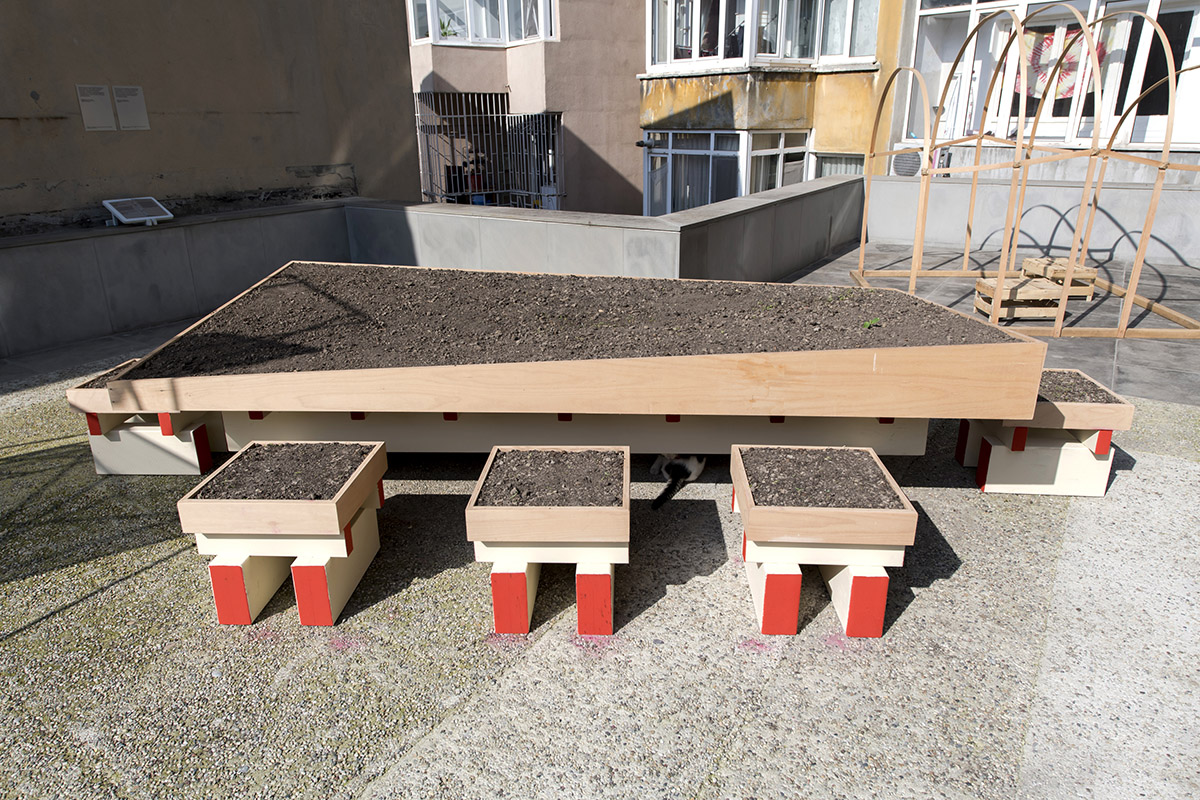 As part of New Civic Rituals, 5 more projects will open in April 2021. Microbial Fruits of Istanbul by Orkan Telhan and elii (with support by IMNA) and Desiccate With Care by public works with Freddie Wiltshire and Billy Adams will be at Kuzguncuk Urban Garden, Solar Kitchen by Martí Guixé will be at Turkey Design Council in Kuzguncuk Pier, and Studio Ossidiana's nomadic pavilion Büyükada Songlines will float between Büyükada and Golden Horn.

More information on The Tree School by DAAR (Decolonizing Architecture Art Residency) / Sandi Hilal & Alessandro Petti will be provided in the upcoming months.