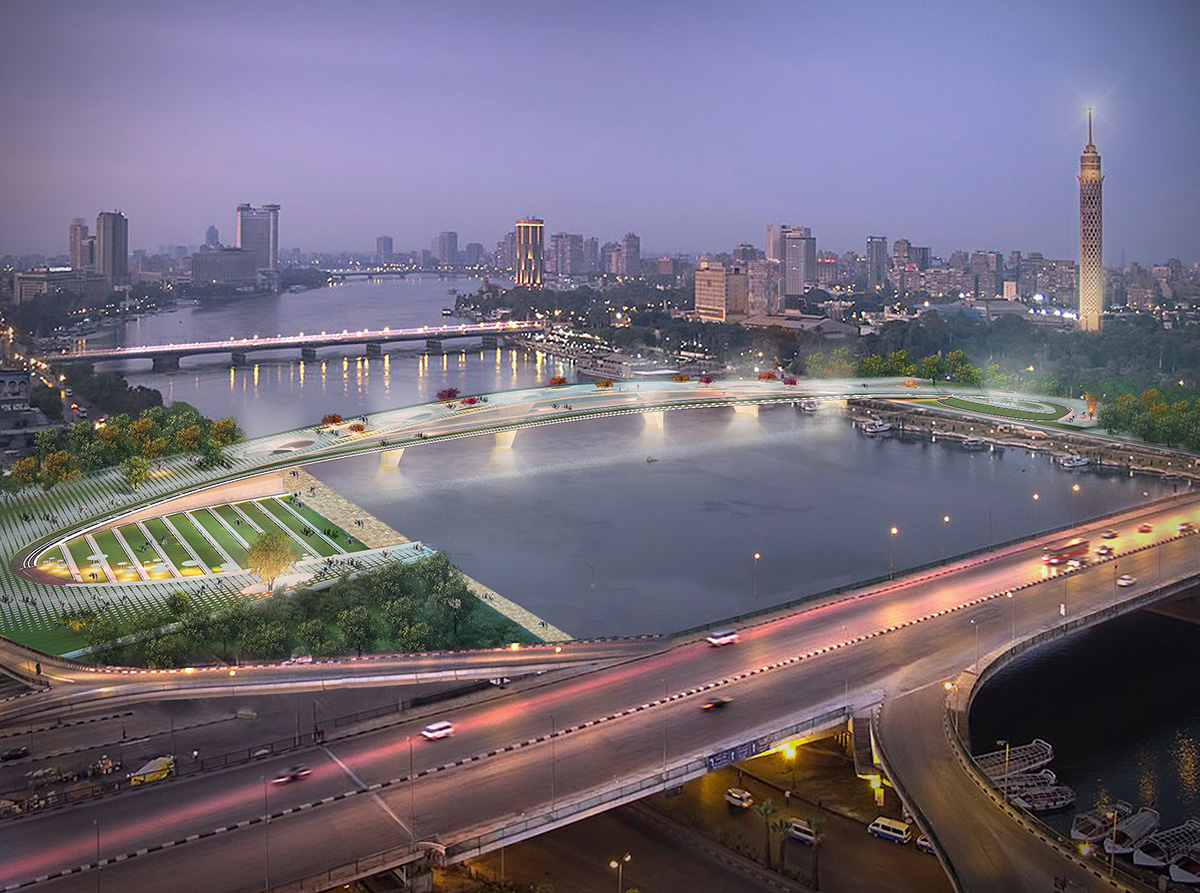 Tamayouz Excellence Award has announced the winners of its Rifat Chadirji Prize 2020, an annual thematic prize named after the prolific Iraqi architect and academic Dr. Rifat Chadirji, is a thematic international prize that seeks designs responding to local challenges.

The prize, which is part of Tamayouz’s program of championing and celebrating architecture in the Near East and North Africa, aims to introduce local challenges to the world and invite architects, designers and planners to submit their concepts.

It also aims to establish an uncompromising open source of ideas that tackle social issues through design. It worth mentioning that dame Zaha Hadid was a jury member in Tamayouz Excellence Award 2012.

The first-place winner for the Rifat Chadirji Prize 2020 and the People’s Choice Award is a team of five from Cairo, Egypt: Ali Khaled Elewa, Mostafa Ahmed Zakaria, Sherif Khaled Abdelkhaleq, Hoda Essam Abdelmawla and Ebtisam Elgizawy. The winning team was selected out of 177 submissions from 42 countries received this year. 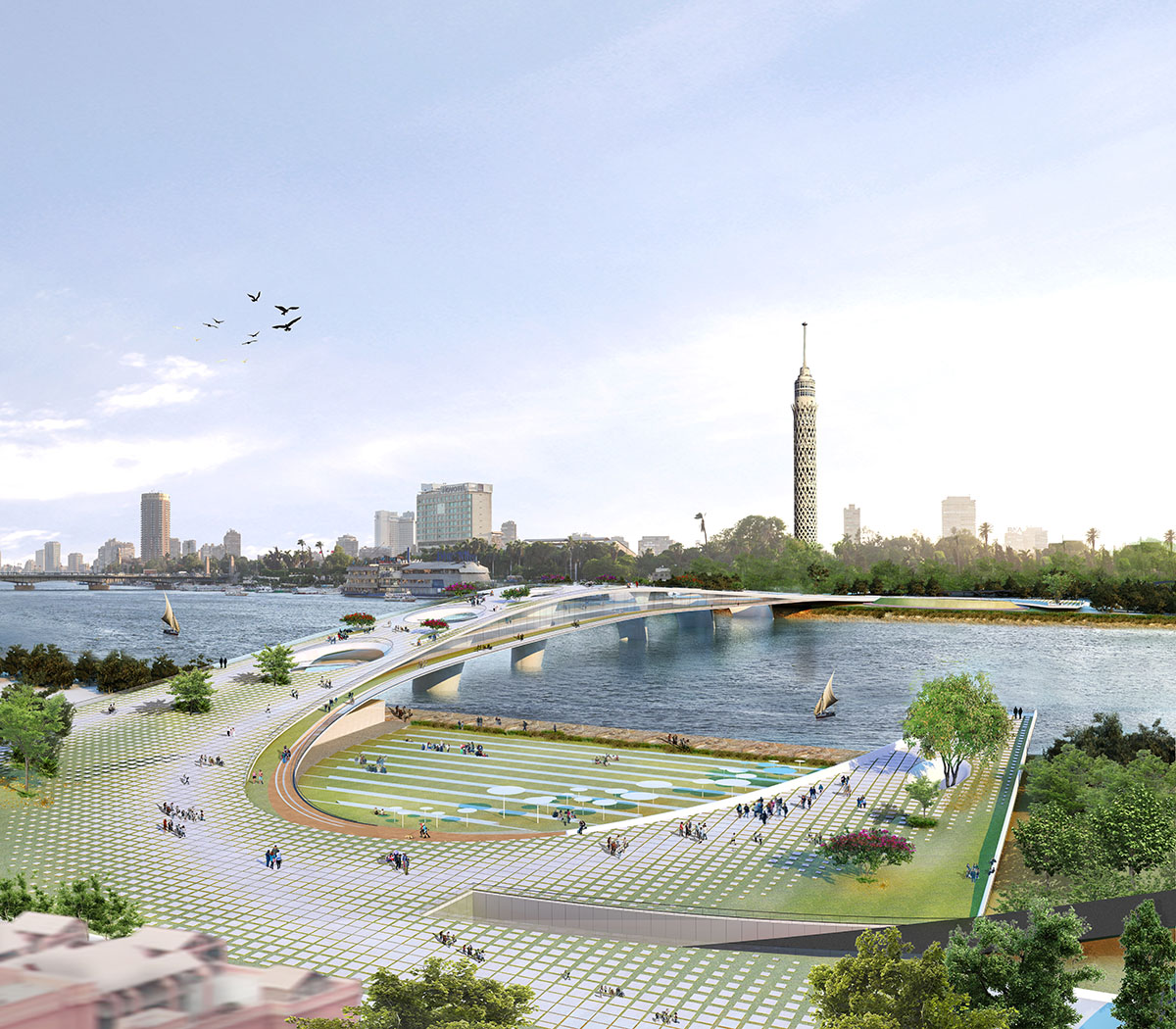 "The main objective of the living bridge is to maximize pedestrian exposure to the Nile, via stitching the urban fabric of the two banks together," said the architects.

"The form was generated as a result of two main paths. Firstly, an unobstructed linear path directly linking the Egyptian Museum with Cairo Tower. Secondly, a semi-elliptical path was generated to embrace the two opposite banks; the Cultural Nile Plaza and the Elevated Garden. This path is meant to be pleasant, playful, and links successive attractions and socio-economic hubs."

"The paths incorporate together to create a single continuous leaning body blended into the land on both sides, offering panoramic views of the Cairo downtown, Nile, and the surrounding iconic attractions." 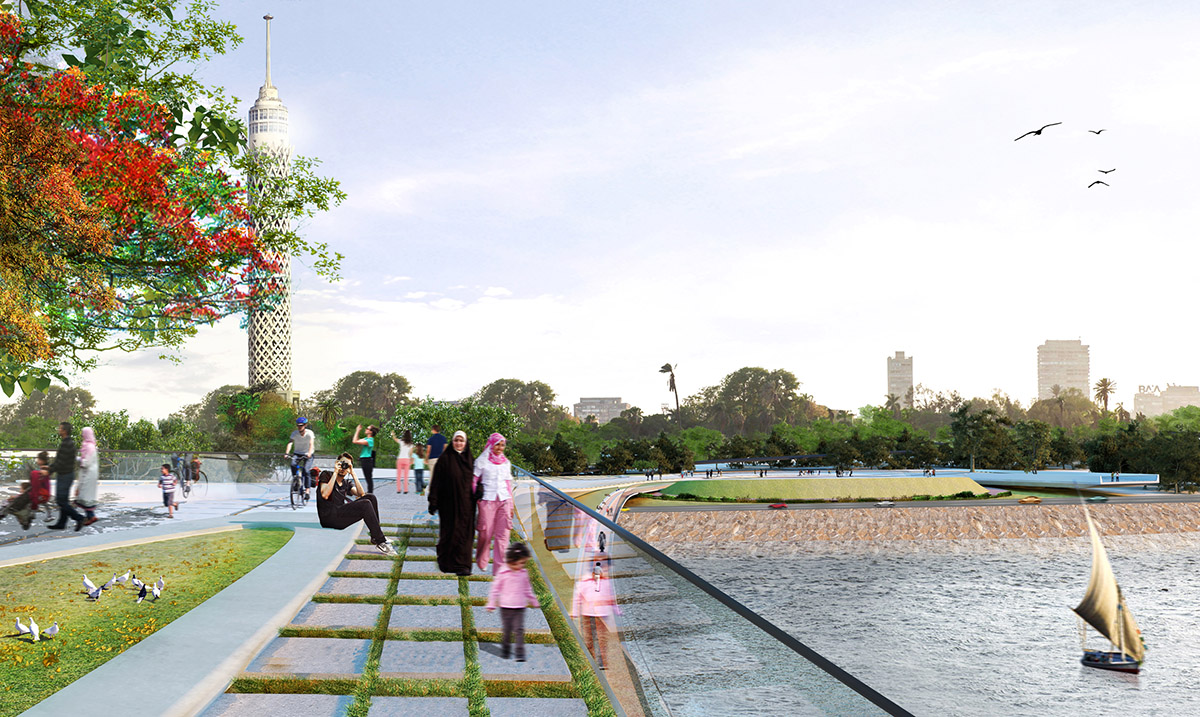 "Moreover, the bridge is acting as an urban park with two concealed lower floor levels above the Nile, including recreational, commercial, cultural, administrative, and social spaces."

"The six flowing structural columns maximize the visual connectivity between the indoor and outdoor spaces, as well as the natural ventilation and lighting. Besides, the top layer consists of concrete tiles and grass, driven parametrically based on pedestrian flow." 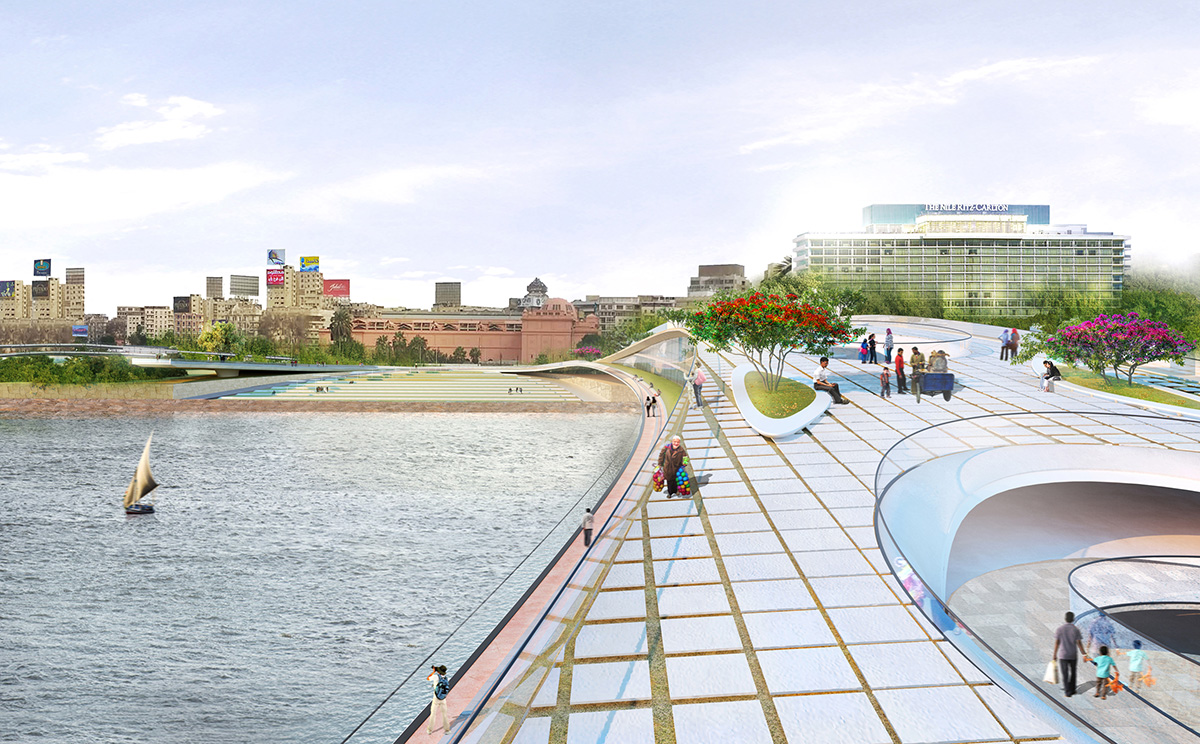 User experience view from the bridge towards the Cultural Nile Plaza

"For the sake of achieving the project objective, it is proposed to bury a 200 m stretch of road along the Nile River and build a park on top. Additionally, it is proposed to relocate the exit of the sixth of October Bridge," added the architects.

"Accordingly, Cairo central downtown will be valued as a breathing sanctuary for people and will transform into pedestrian-friendly spaces," they concluded. 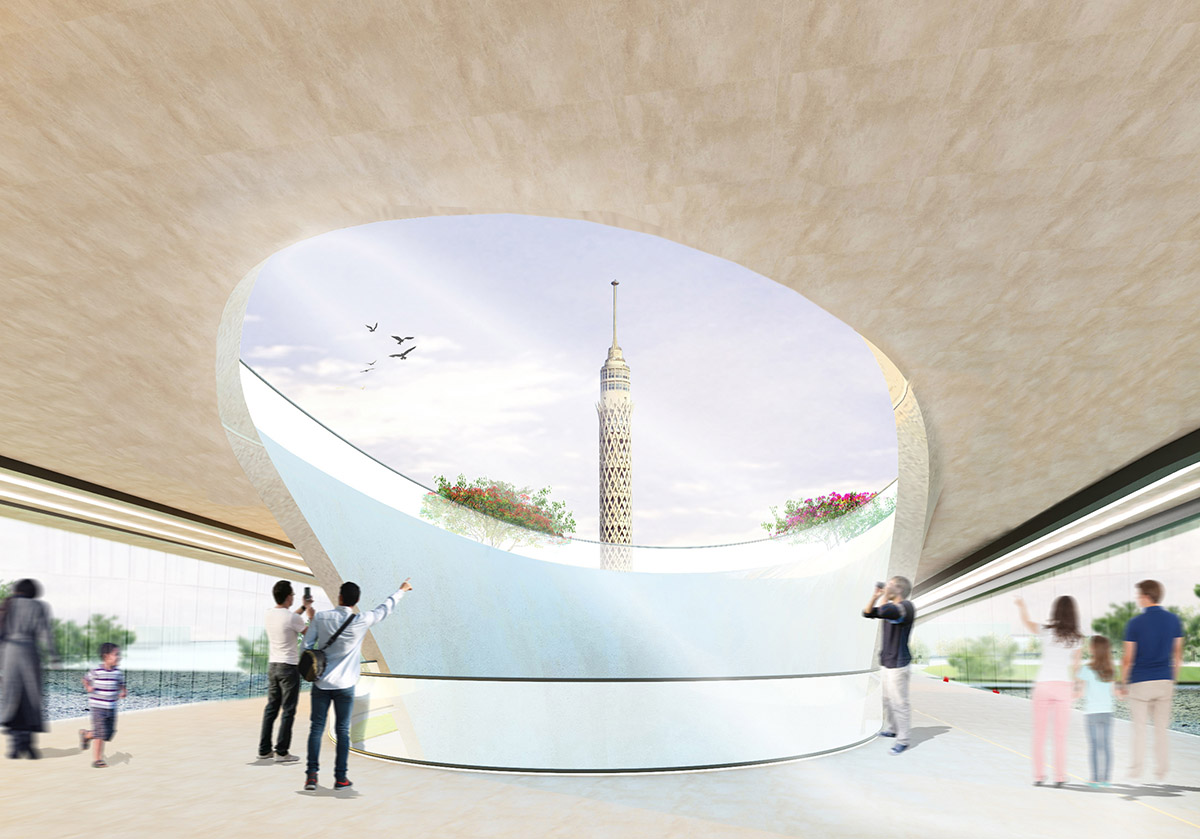 The international jury, headed by Rasem badran (Jury Chair), Jury members noted that: "This design appears to be hugging its own piece of the river and fostering life within its boundaries.

The starting plaza of the bridge at the eastern side is larger and more spacious to assure the relative importance of this side (the location of the former National Democratic Party), while on the western bank, the plaza is small and conforms to the realistic properties of this area. The bridge design is clear, dynamic, and successful, and the structural system complies with the requirements of river navigation."

"This project has a very successful composition and is quite elegant in its composition."

The winning team will receive The Rifat Chadirji Trophy (designed by the sculptor Dia Azzawi), a $5000 cash prize, Certificate and Trip to the 2020 Award Ceremony (including Flights & Hotel).

The same team won the People’s Choice Award (sponsored by JT+Partners). Therefore, they will also receive $500, Certificate and Invitation to attend the ceremony. 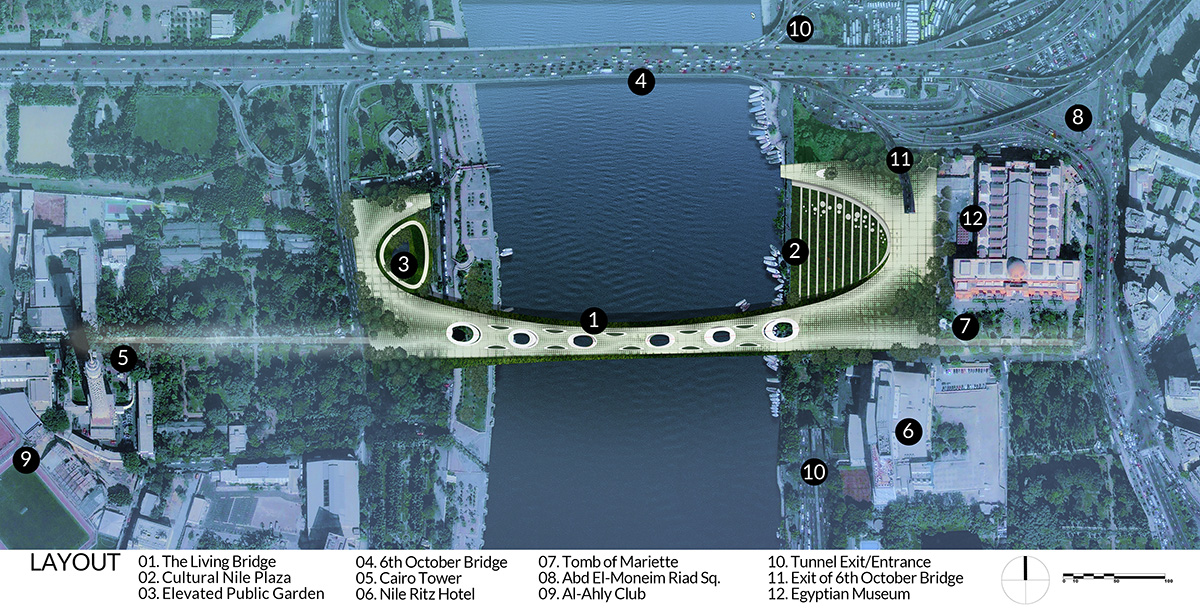 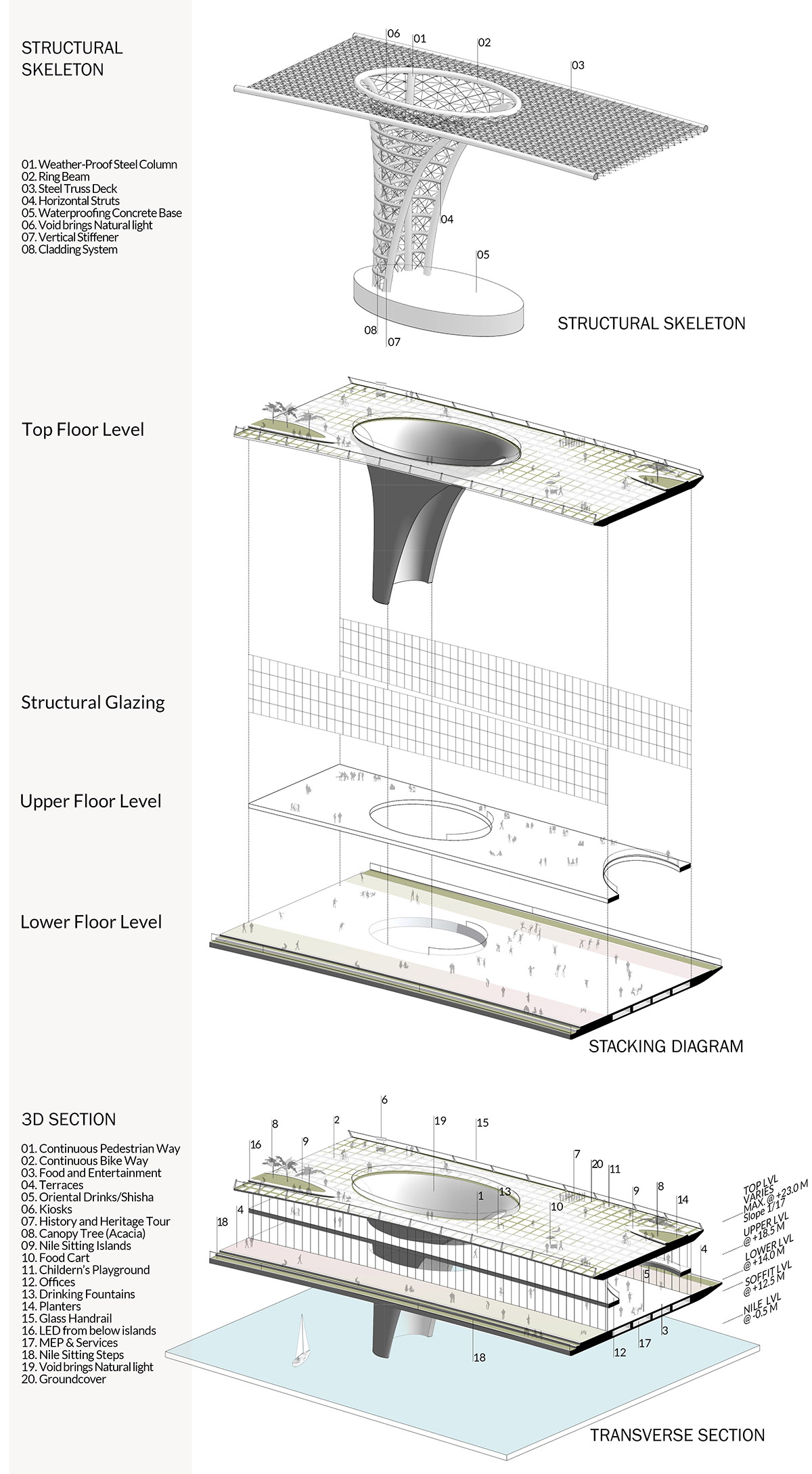 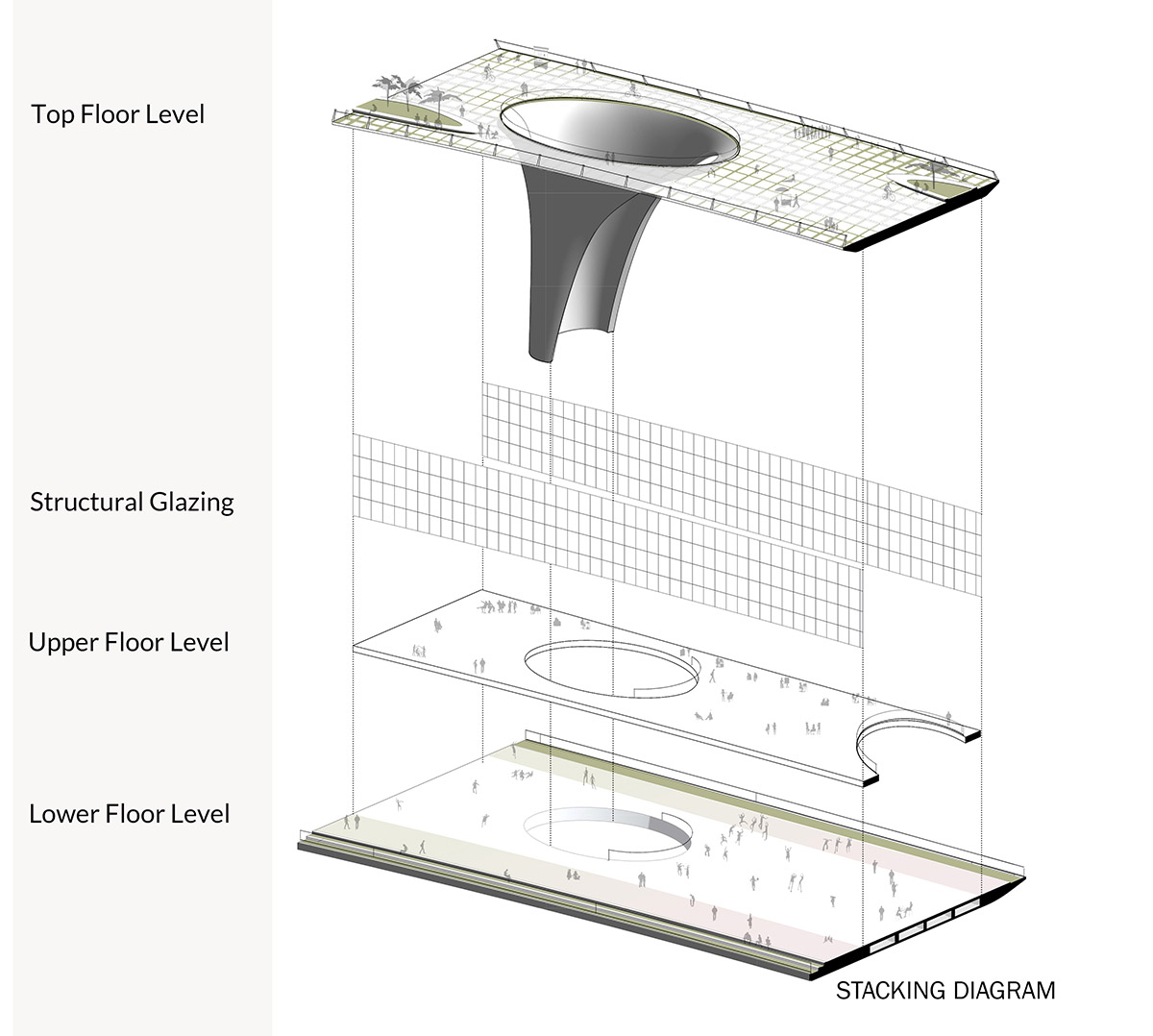 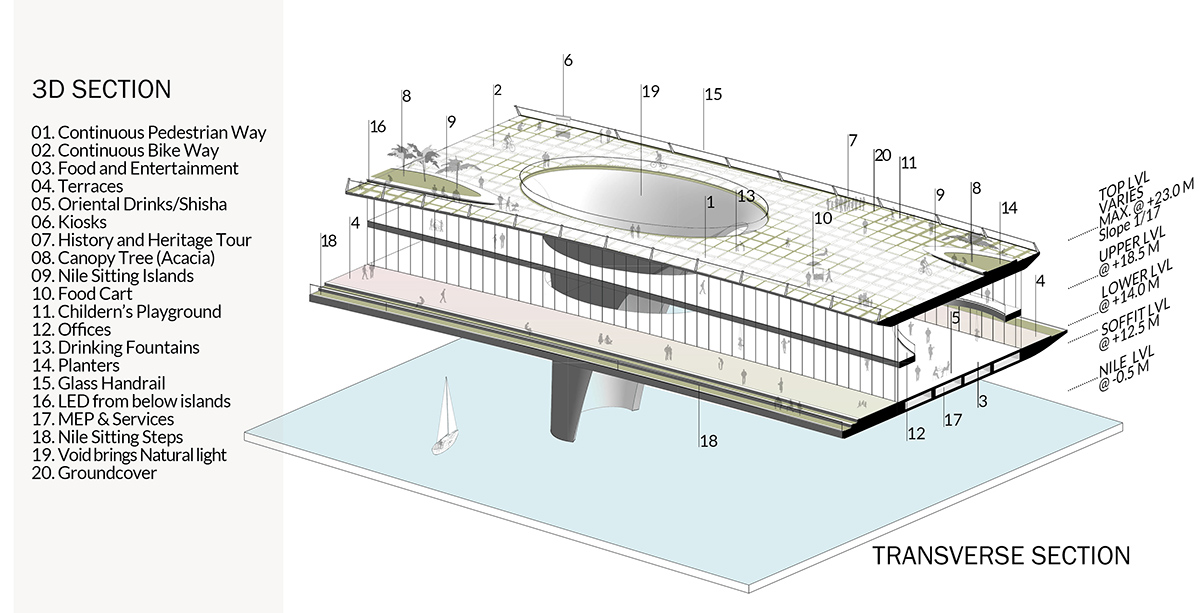 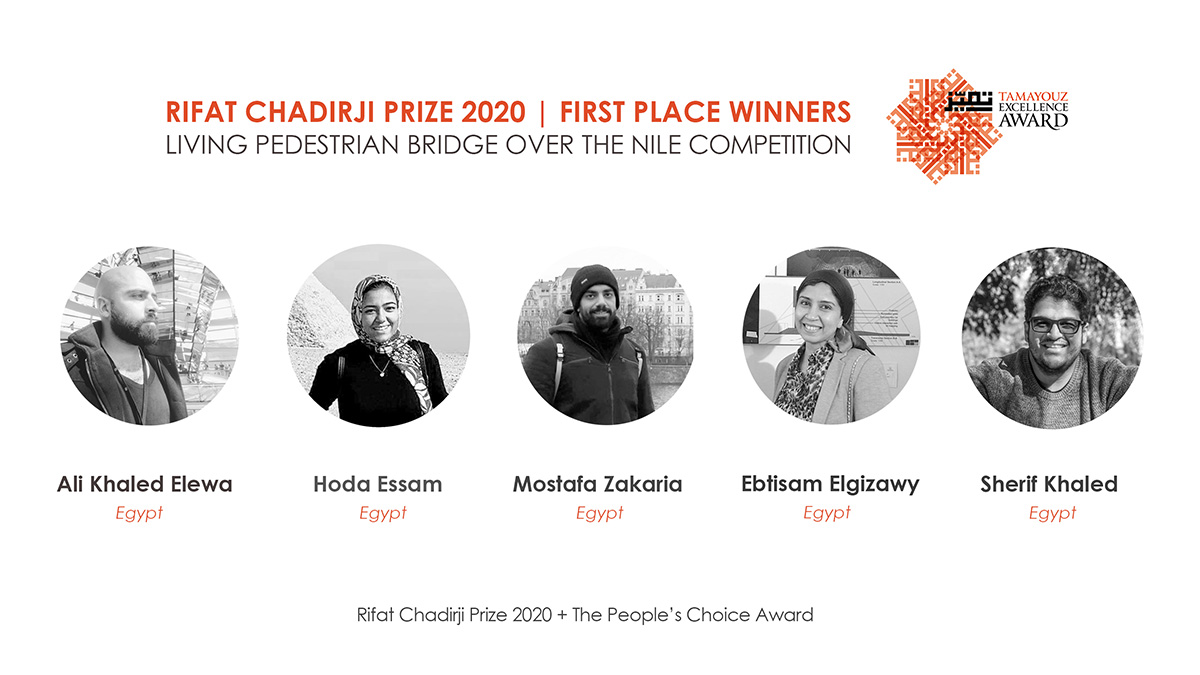 This is the first time that Egyptian architects receive this international award.