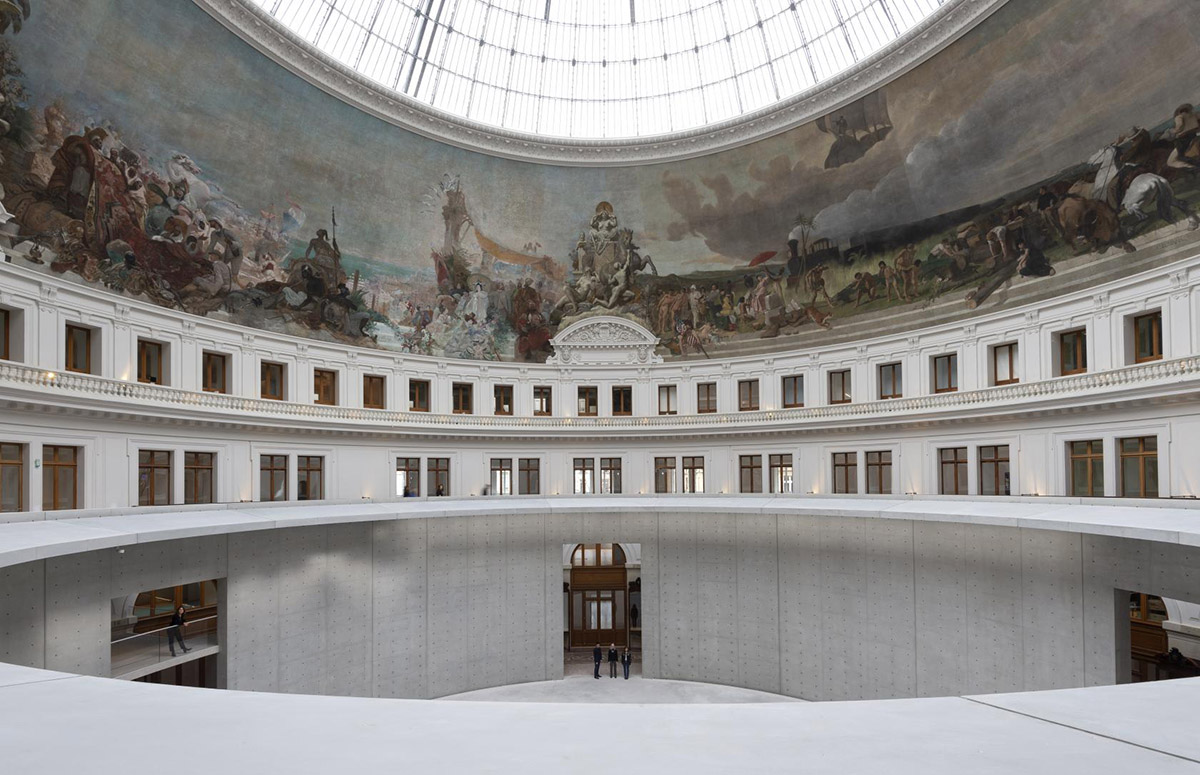 Designed for the French billionaire François Pinault, one of the world’s top businessmen and art collectors and he also owns Christie’s - an auction house, the new transformation, developed with a local architecture firm Niney & Marca Architectes, follows the original structure's character and inserted a concrete cylinder into the core of the building.

The Bourse de Commerce is situated between the Louvre Museum and the Pompidou Center by Renzo Piano and Richard Rogers and the $170 million museum will house Mr. Pinault's 3,000-luxury-magnet collection, as well as an underground auditorium. 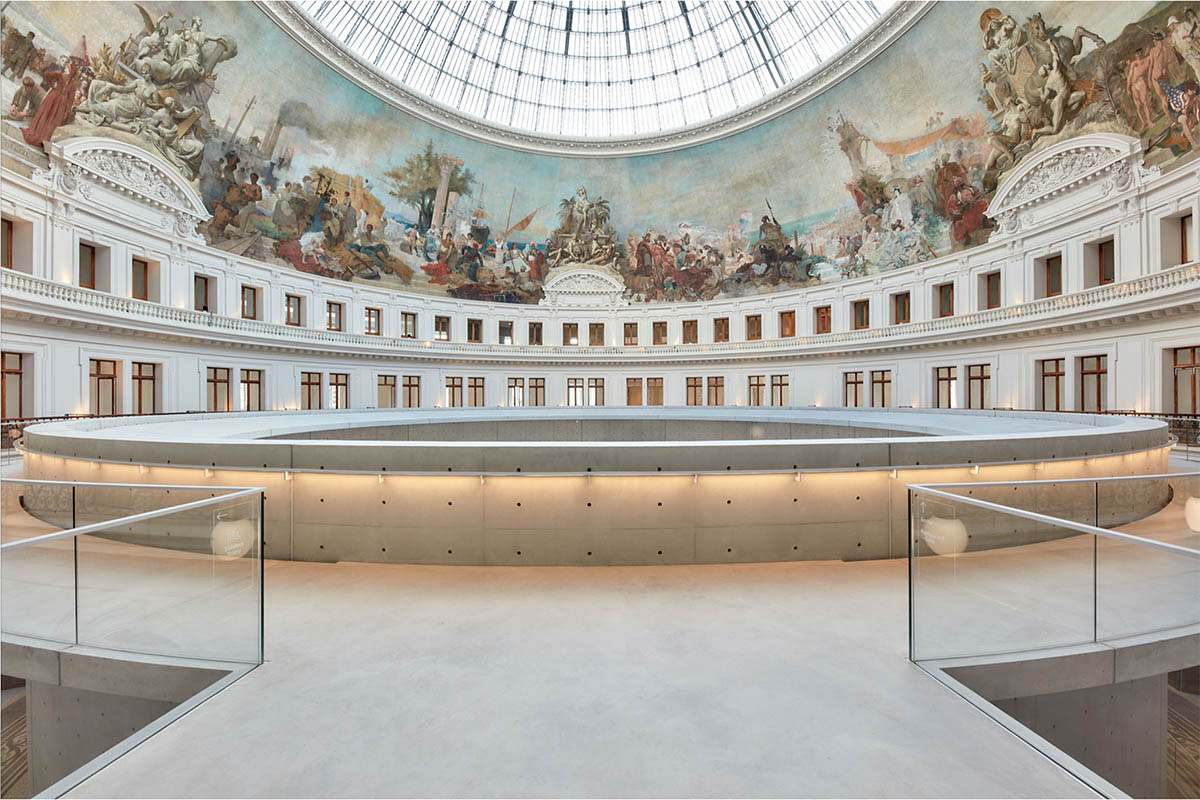 The cylinder's walls have been pierced with four identical openings and surmounted by an oculus that allows natural light to filter in to create a new exhibition space.

Restoring the building by adhering the historic traces of the structure, Ando's design contends with the history of the building and that of Paris, capital of the nineteenth century. 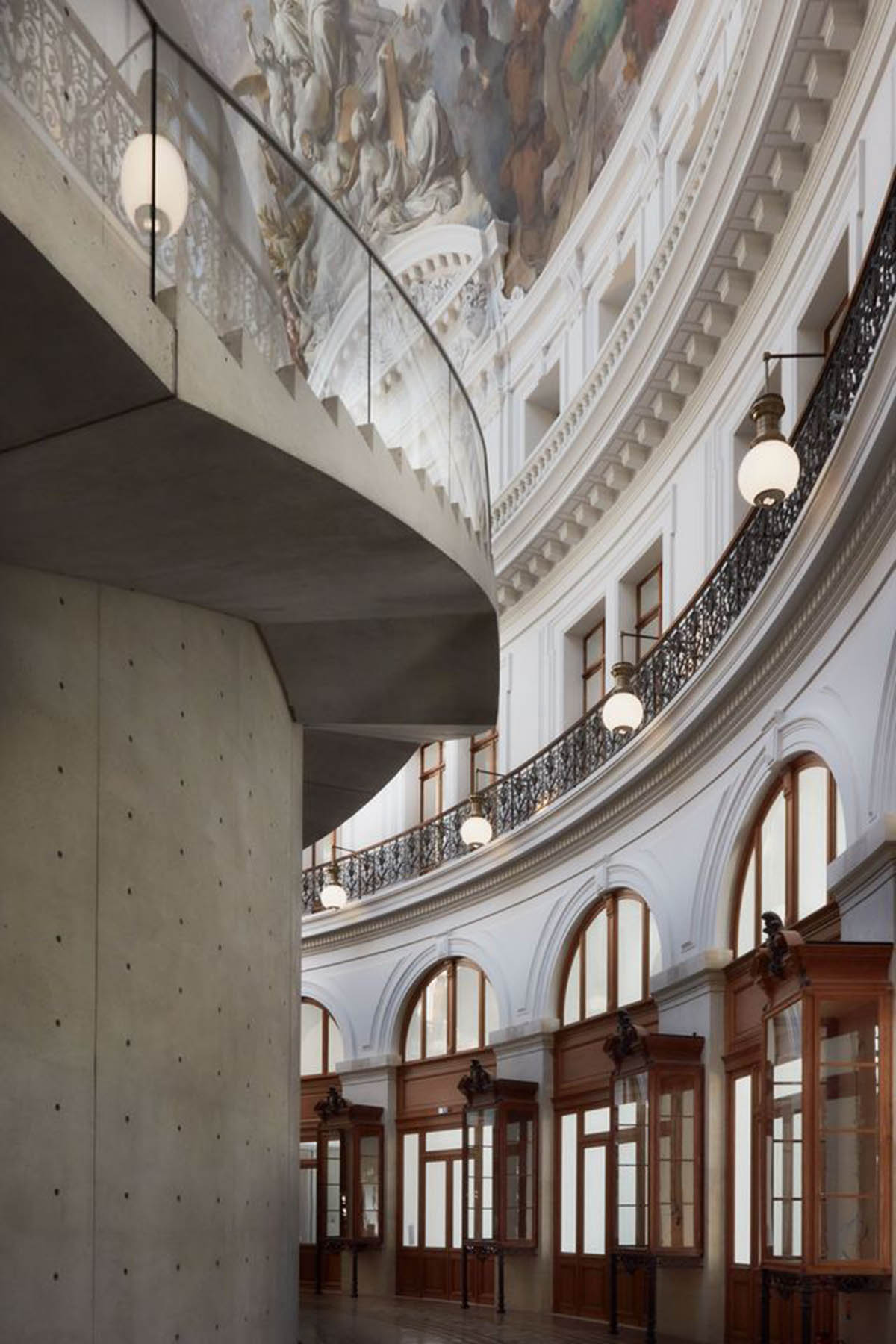 "By nesting new spaces within it, while respecting the memories of the city engraved in its walls, I will transform the building’s entire interior into a space for contemporary art," said Tadao Ando.

"The theme here, once again, is to create a building that connects the past with the present and the future," Ando added. 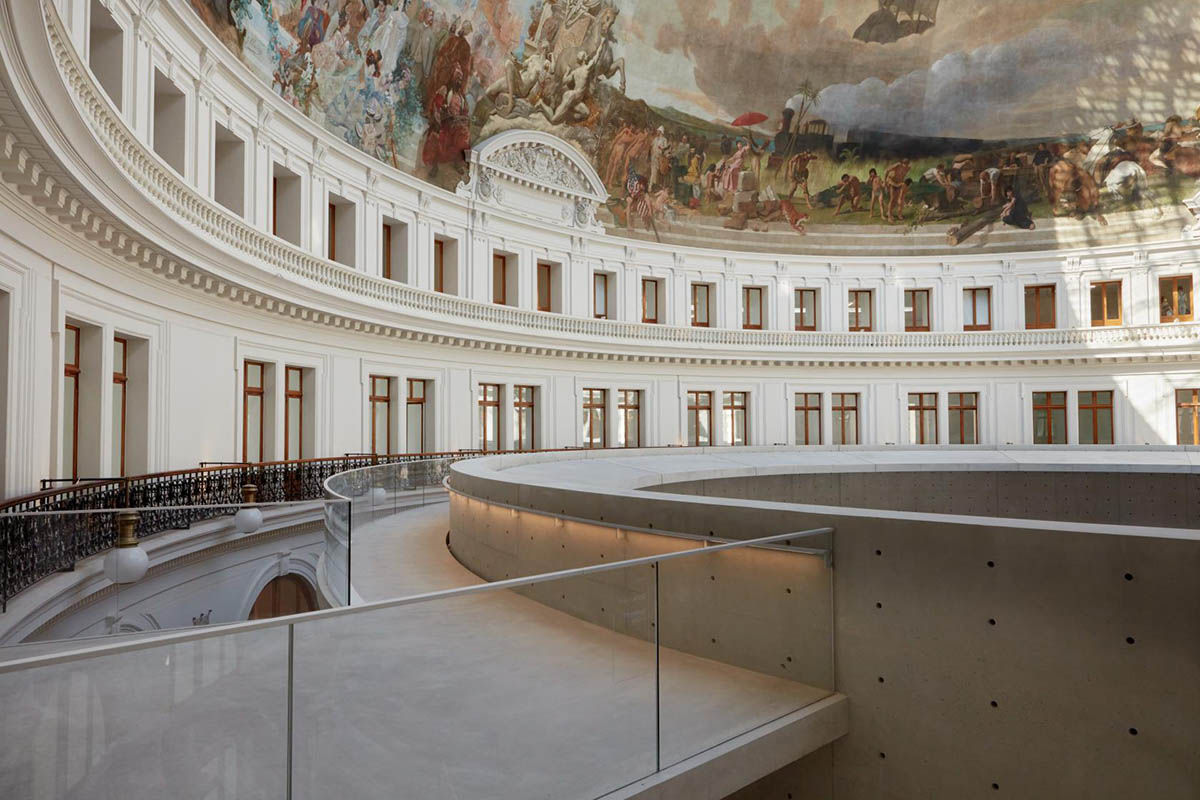 The original story of Bourse de Commerce (Commodities Exchange) is rooted to the 16th century (the only remaining vestige of which is, today, the Medici column). The building was originally used as a place to negotiate the trade of grain and other commodities.

The structure of the building then evolved to accommodate the different uses of the space and the transformations of the Halles area in which it is located. Its history evolves in parallel with that of the French capital.

As the Halles evolved, so did the Bourse de Commerce. In the eighteenth century, the building was located at the heart of one of Paris’s main housing districts; architect Nicolas Le Camus de Mézières’s Halle au Blé incorporated the Medici column, stated Bourse de Commerce's website. 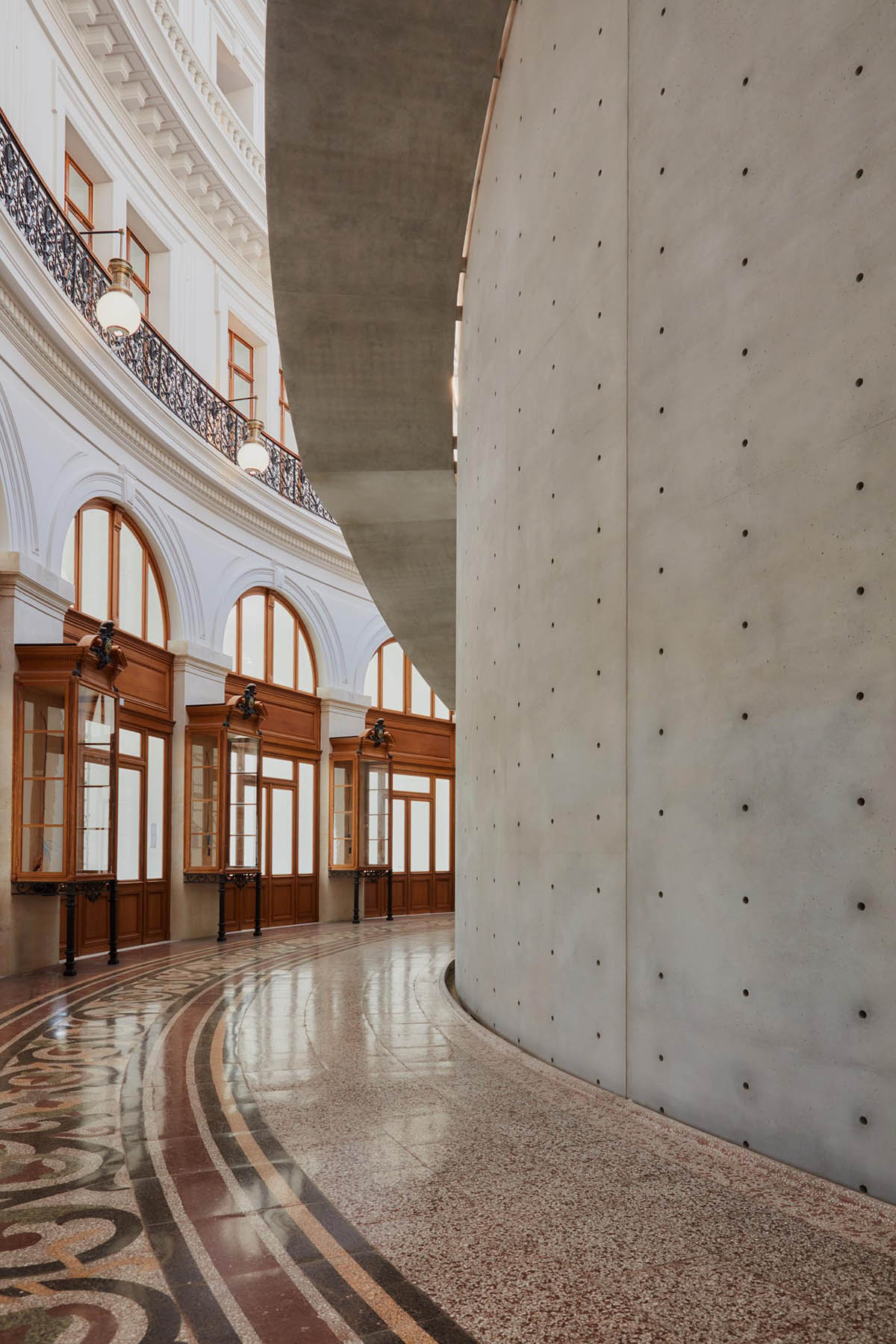 Tadao Ando first revealed plans in 2017 and the building was originally planned to open in September 2020. The official opening date of the gallery has now been rescheduled to January 23 due to ongoing Covid-19.

Encompassing 3,000-square-metre gallery and exhibition space, the building has a cylindrical plan with stairwells and passageways, inviting visitors from outside and it will propose alternative spaces that can be used for different functions in next stages.

The building's dome, which is listed as a historical monument, has entirely been modified and restored by Tadao Ando. Inspired by Rome's Pantheon, the design features a soaring glass dome and elaborates frescoes set within a circular plan inside the historic rotunda. 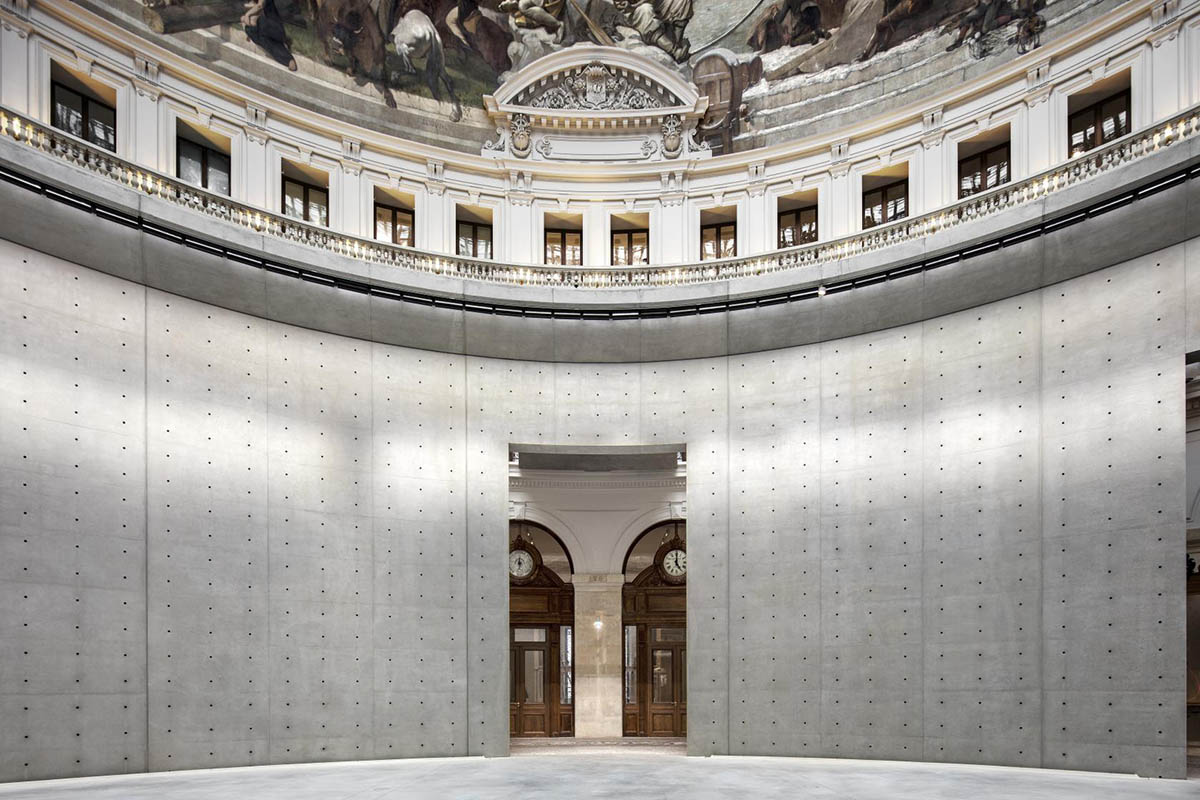 The building also includes a 300-seat auditorium that will be used for screenings, conferences, and concerts. A big black-box theater will house some interactive facilities such as video installations and more experimental performances.

Once opened, it will present thematic displays and monographic exhibitions, as well as new productions, commissioned works, carte blanche events and in situ projects. 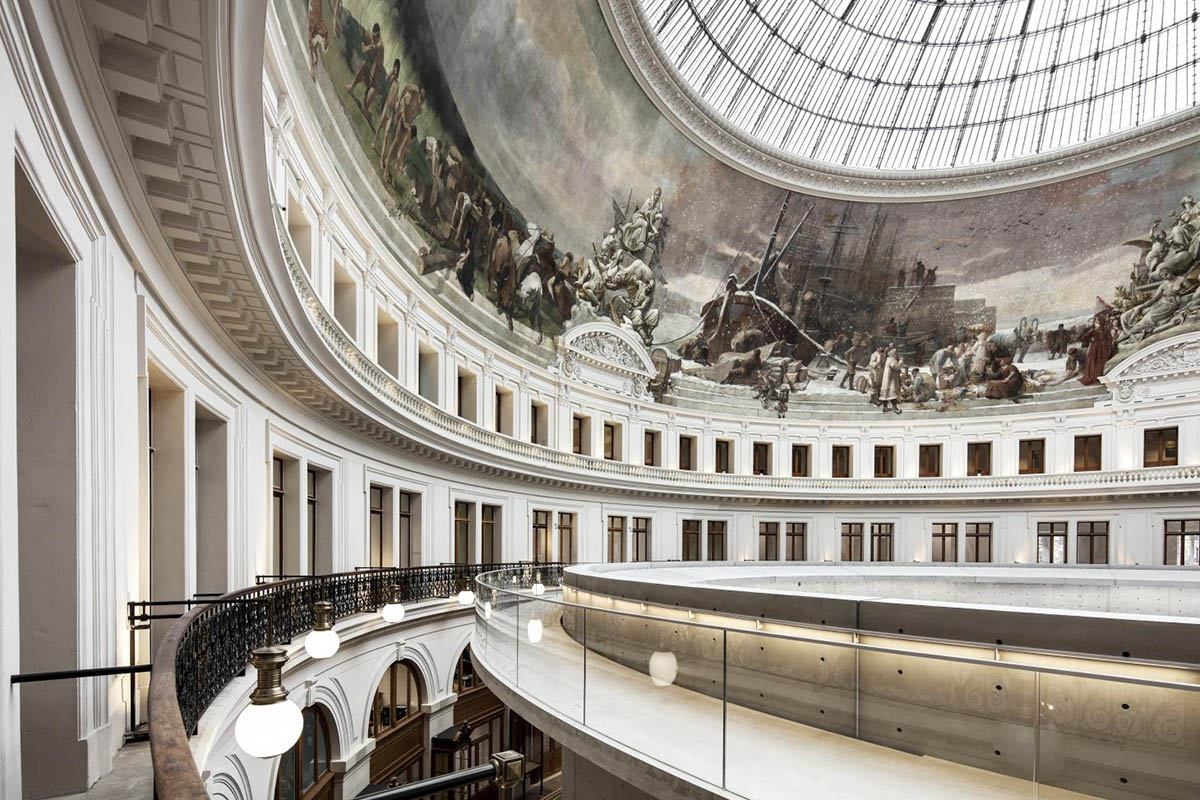 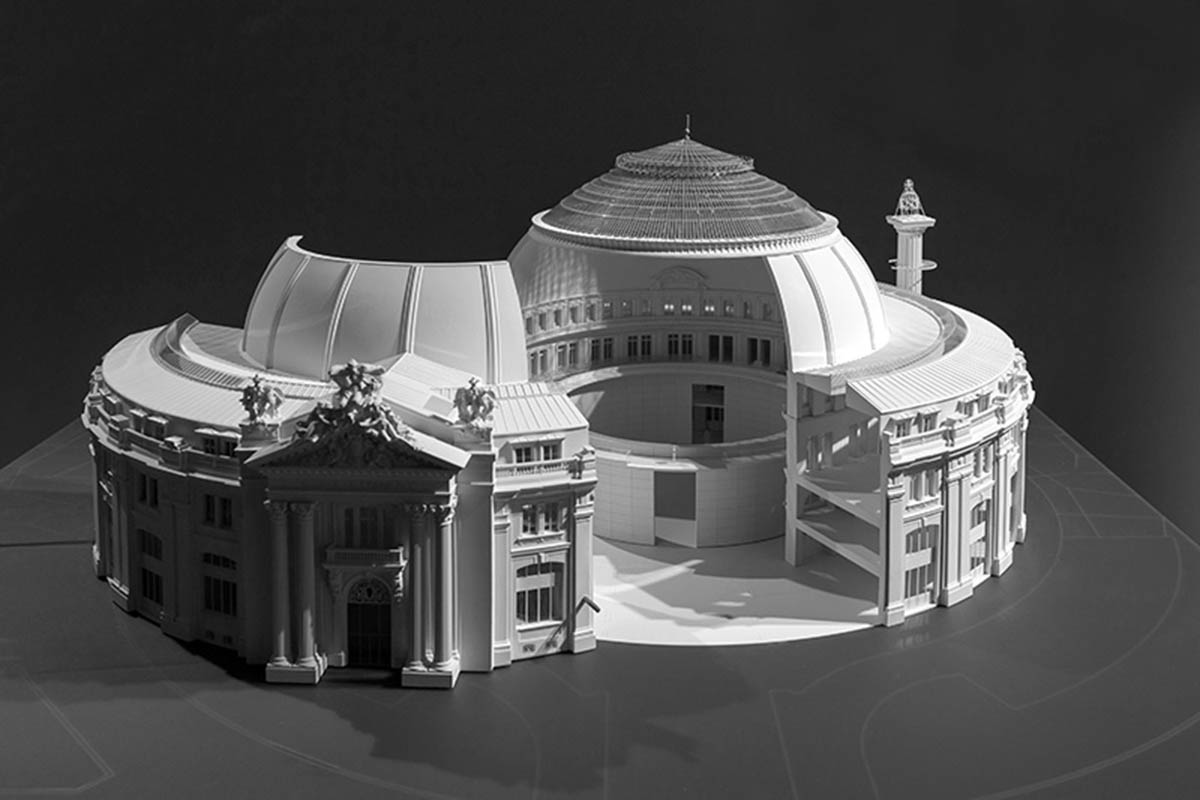 The Bourse de Commerce will be open to everyone and every artistic discipline, its program will offer educational programmes, conferences, meetings, screenings, concerts and performances.

"I am delighted with the upcoming opening of the bourse de commerce," said François Pinault.

"Not only will it add to the European landscape of institutions devoted to presenting contemporary art, but after the difficult year experienced by France and the world in 2020, it will contribute to the renaissance of the Parisian cultural sphere."