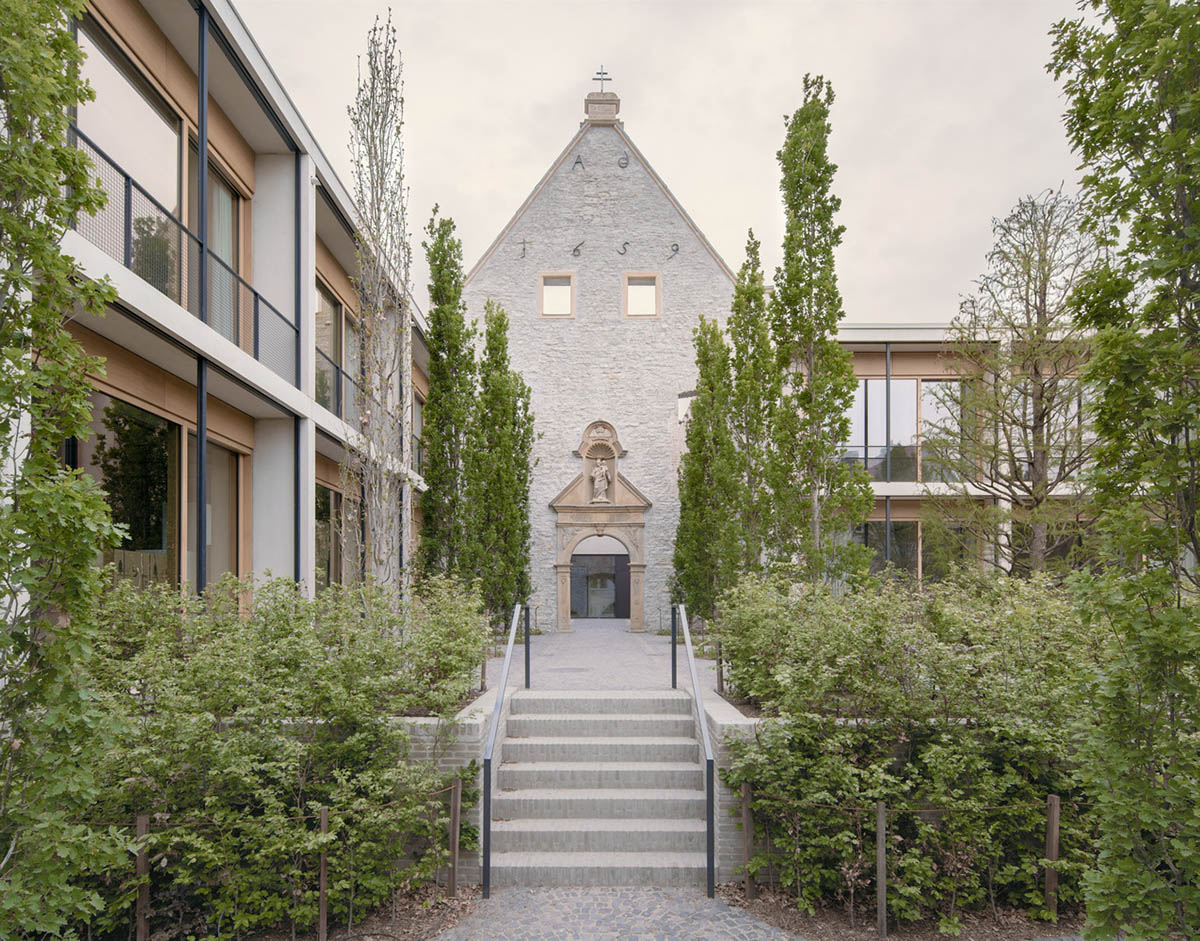 David Chipperfield Architects has transformed former St.Vincenz hospital into a new headquarter for a family-run company in Paderborn, Germany.

Named Jacoby Studios Headquarters, the new headquarter was converted from an old hospital, which was used from 1841 and moved out in 2013, into a new office complex.

Situated in the medieval town centre of Paderborn next to the western tributary of the Pader Springs, the existing complex features the traces of the past in its historic elements. The buildings, which were used as a hospital from 1841 onwards, were severely damaged during the Second World War. 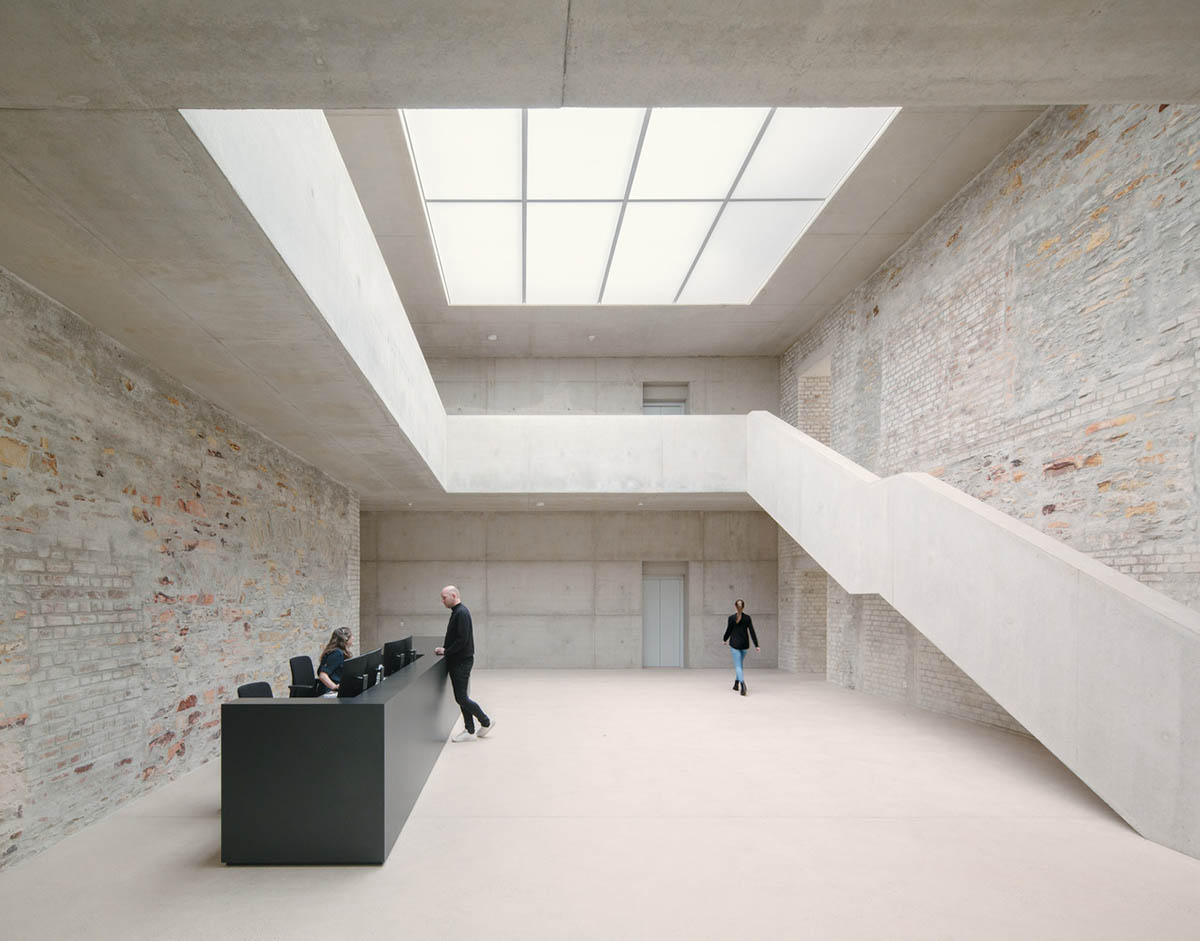 "The conversion for the Jacoby Studios involved the removal of the post-war additions, exposing the historic building fabric of the monastery once again," said David Chipperfield Architects. 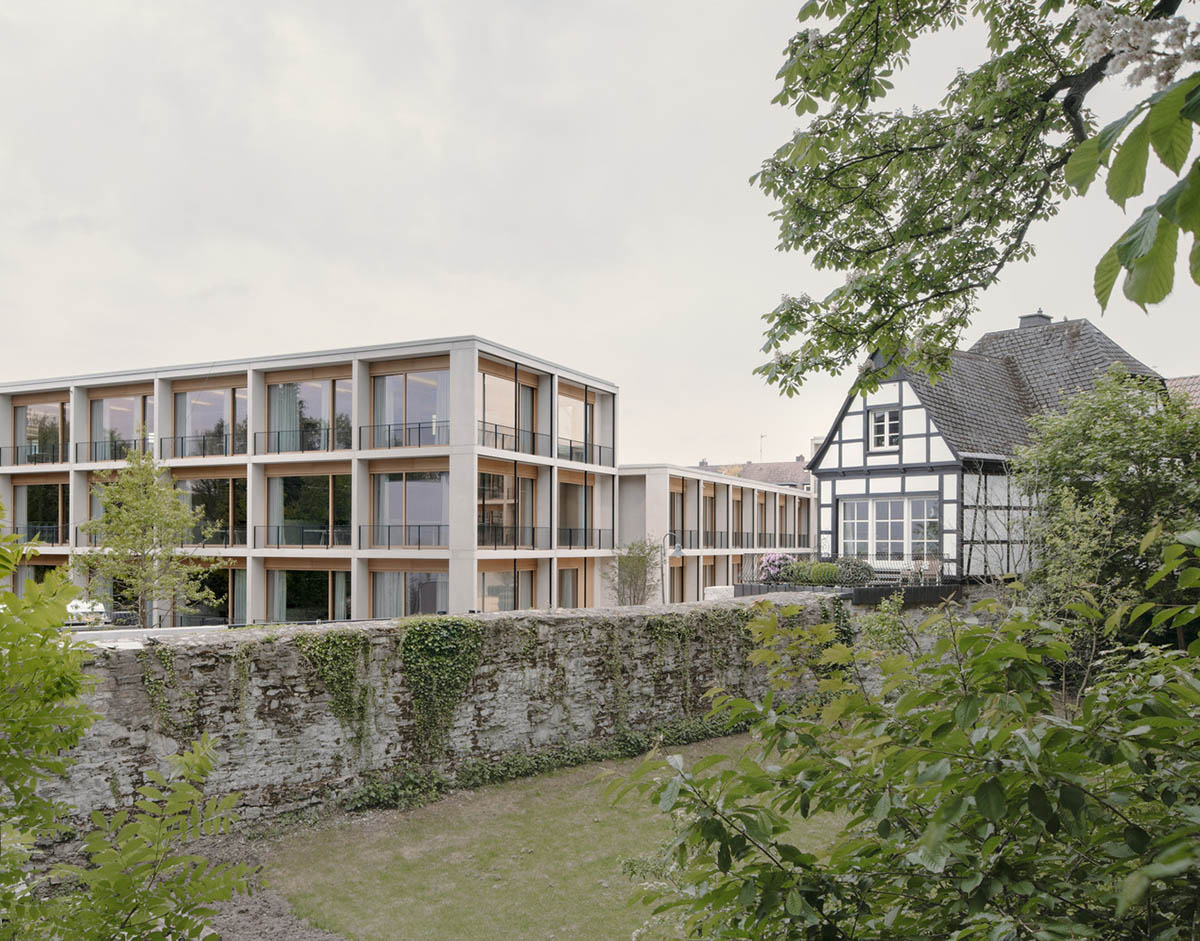 "In particular, the chapel façade, the cloister, the east building wing and the seventeenth century cellar were preserved and restored, creating a picturesque ruin structure made of quarry-stone masonry with the former cloister at its heart."

"The complex of monastery and annexes is embedded into a garden designed by Wirtz International," the firm said.

New extension wings, ranging from two to three-storeys, are arranged in accordance with the orthogonal structure to the north, west and south of the original buildings. Through the historic entrance gate and the former chapel, visitors access the entrance foyer. 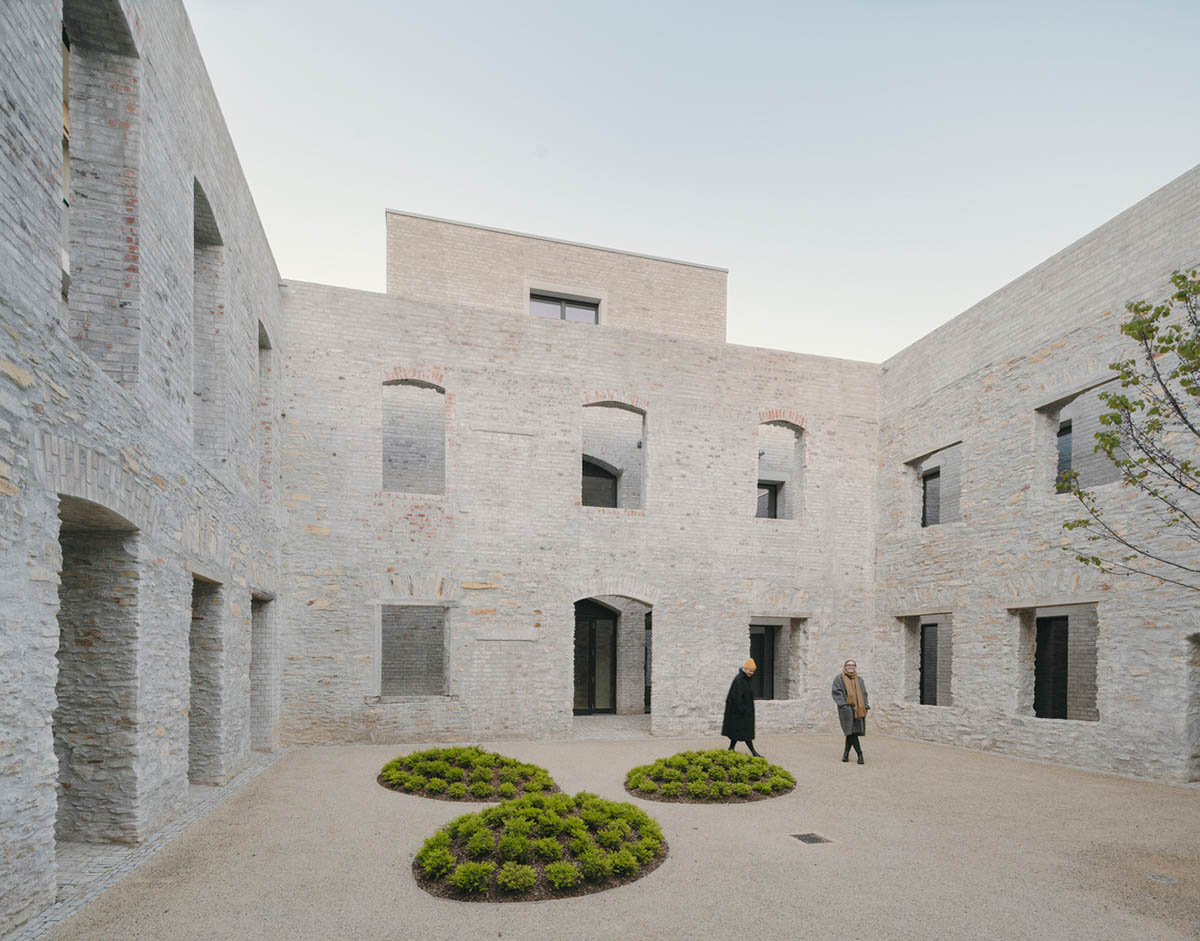 Echoing the historic situation, the ensemble appears once again in the cityscape as a well-balanced composition of different volumes. In the urban landscape of the Pader Springs, the new complex has its own sense of identity, while maintaining historic continuity. 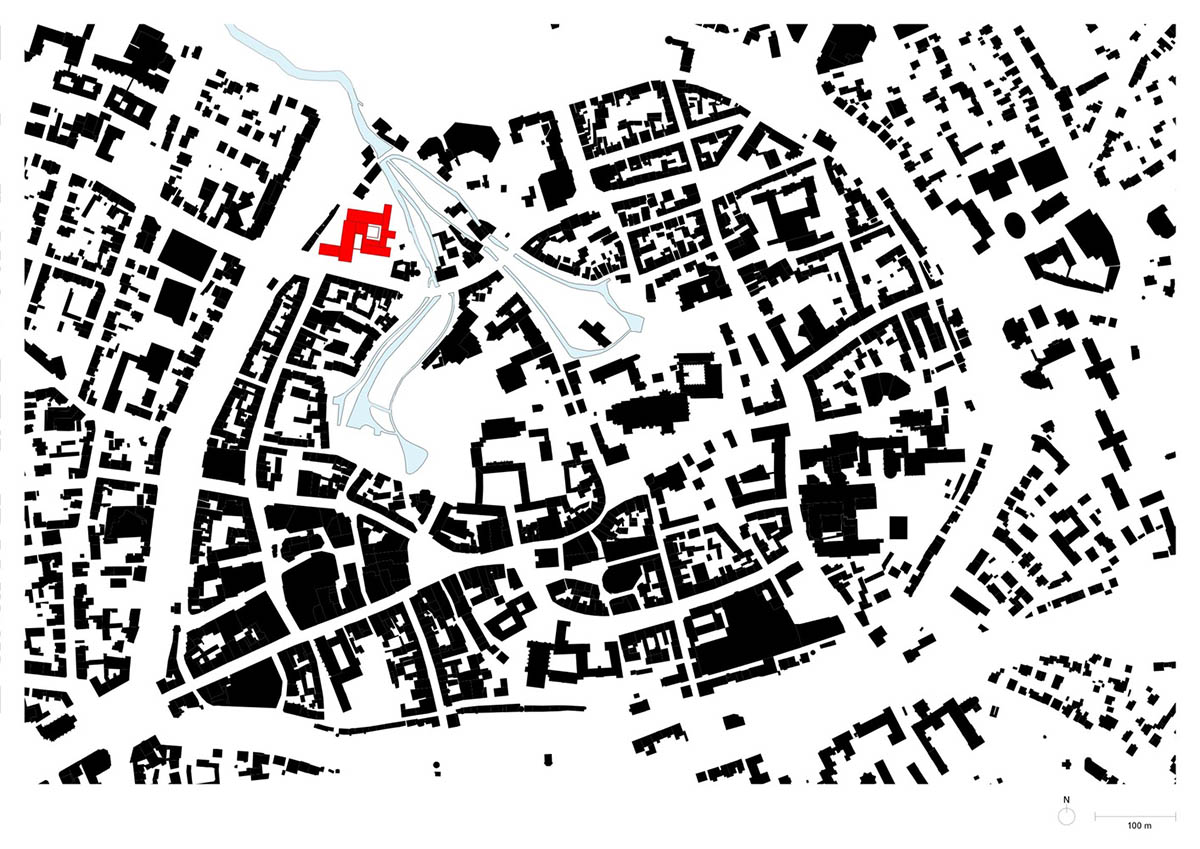 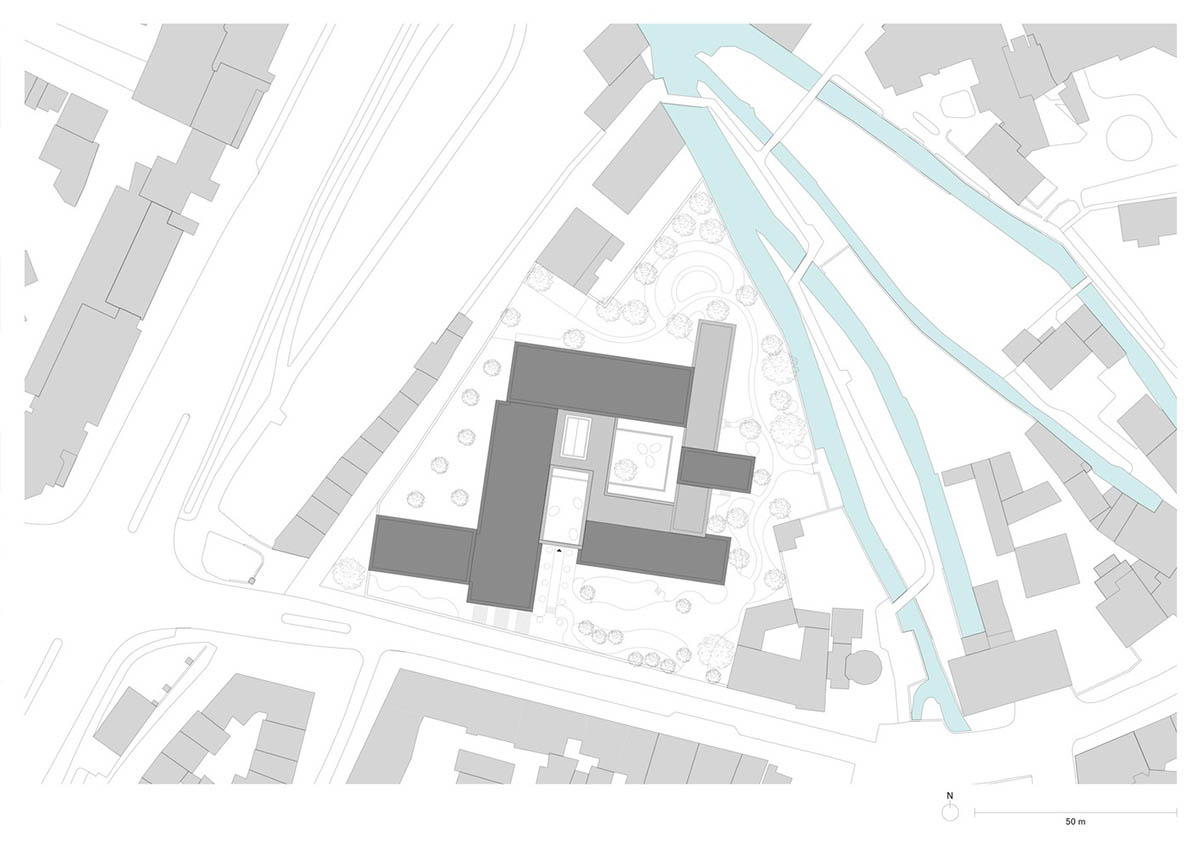 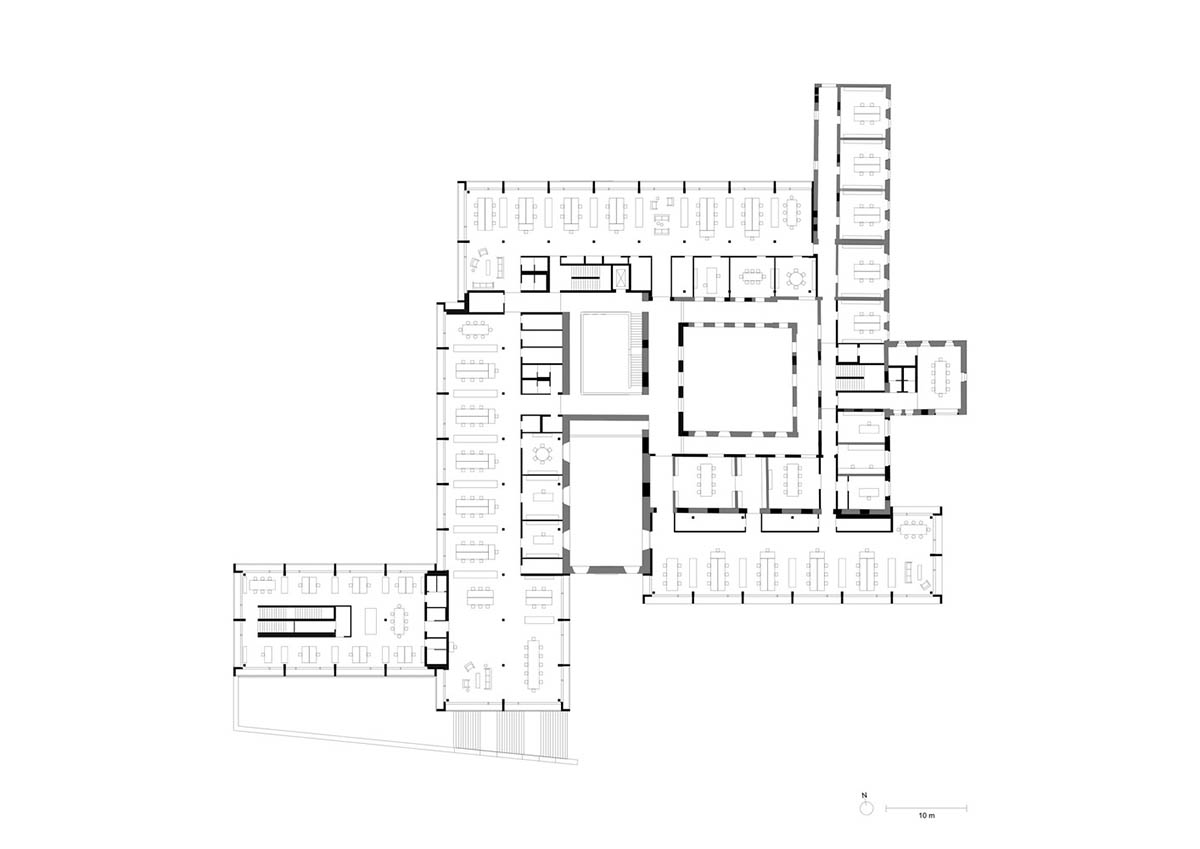 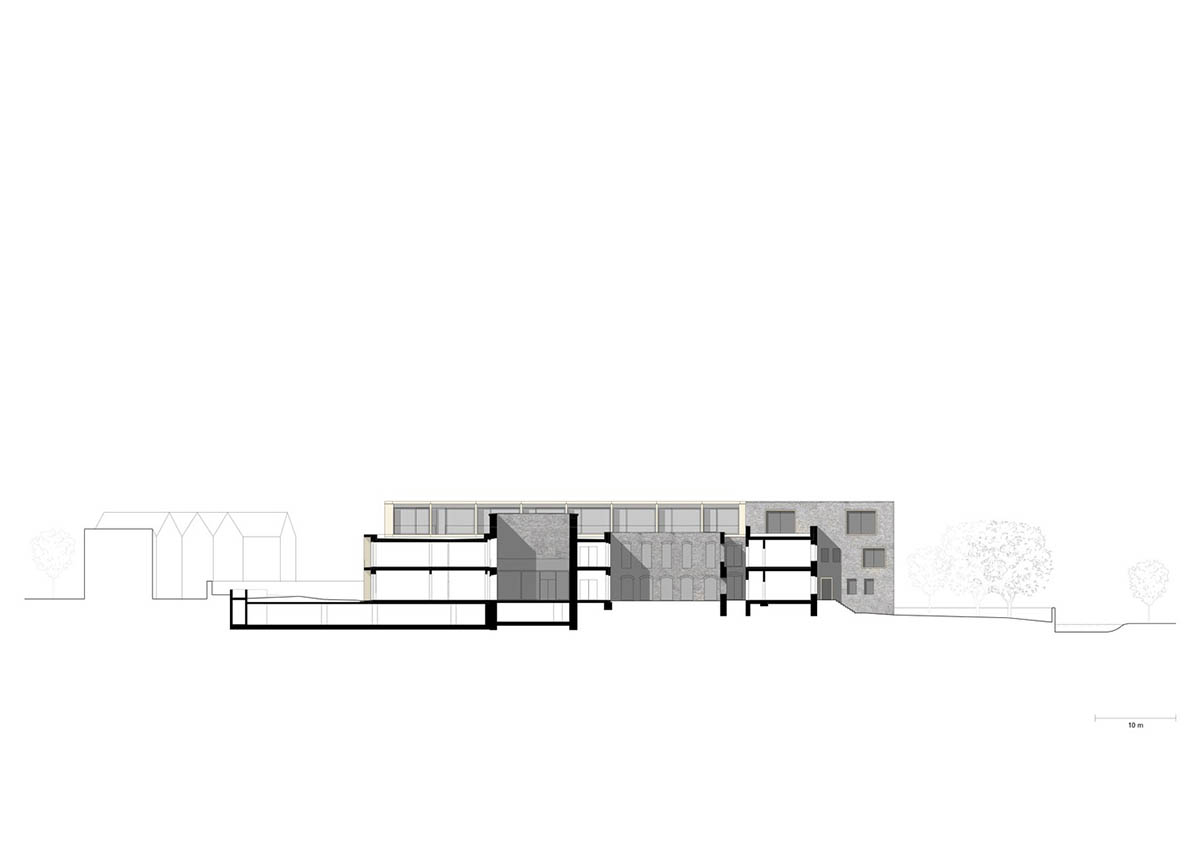 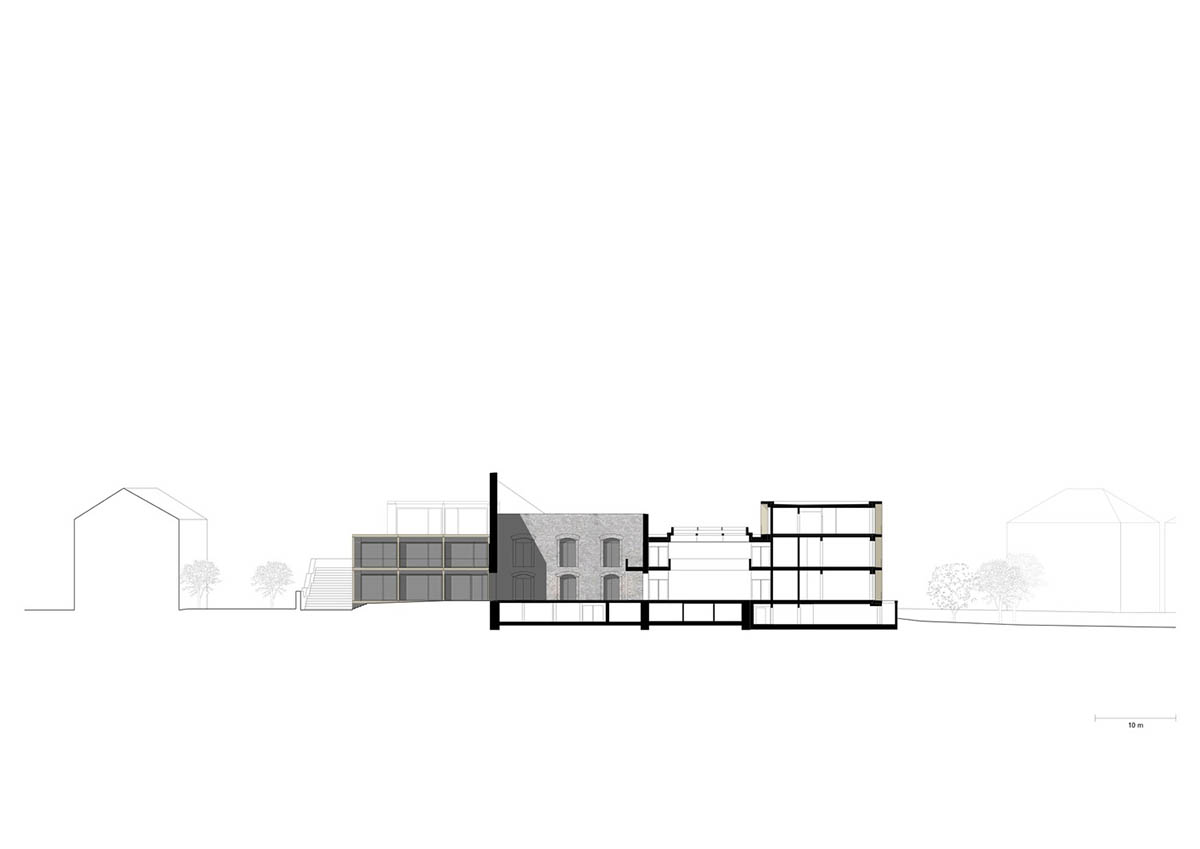 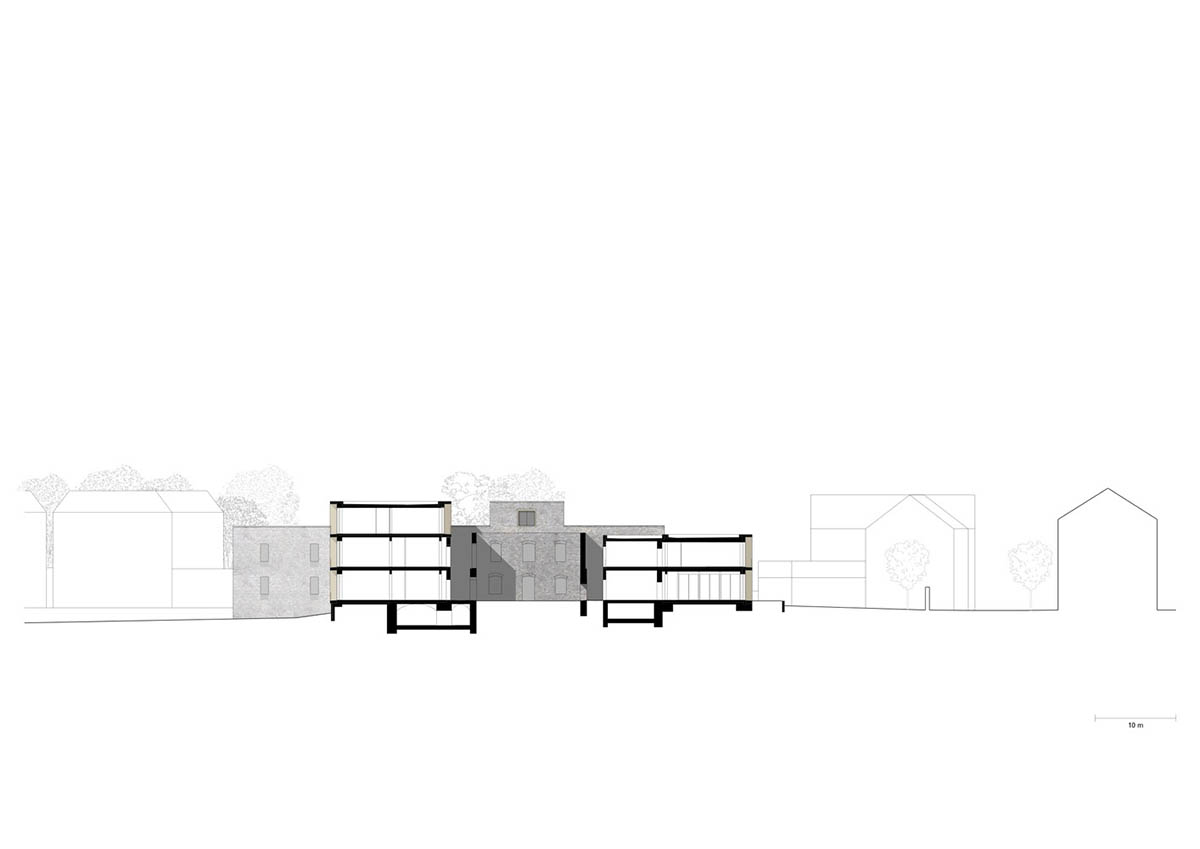 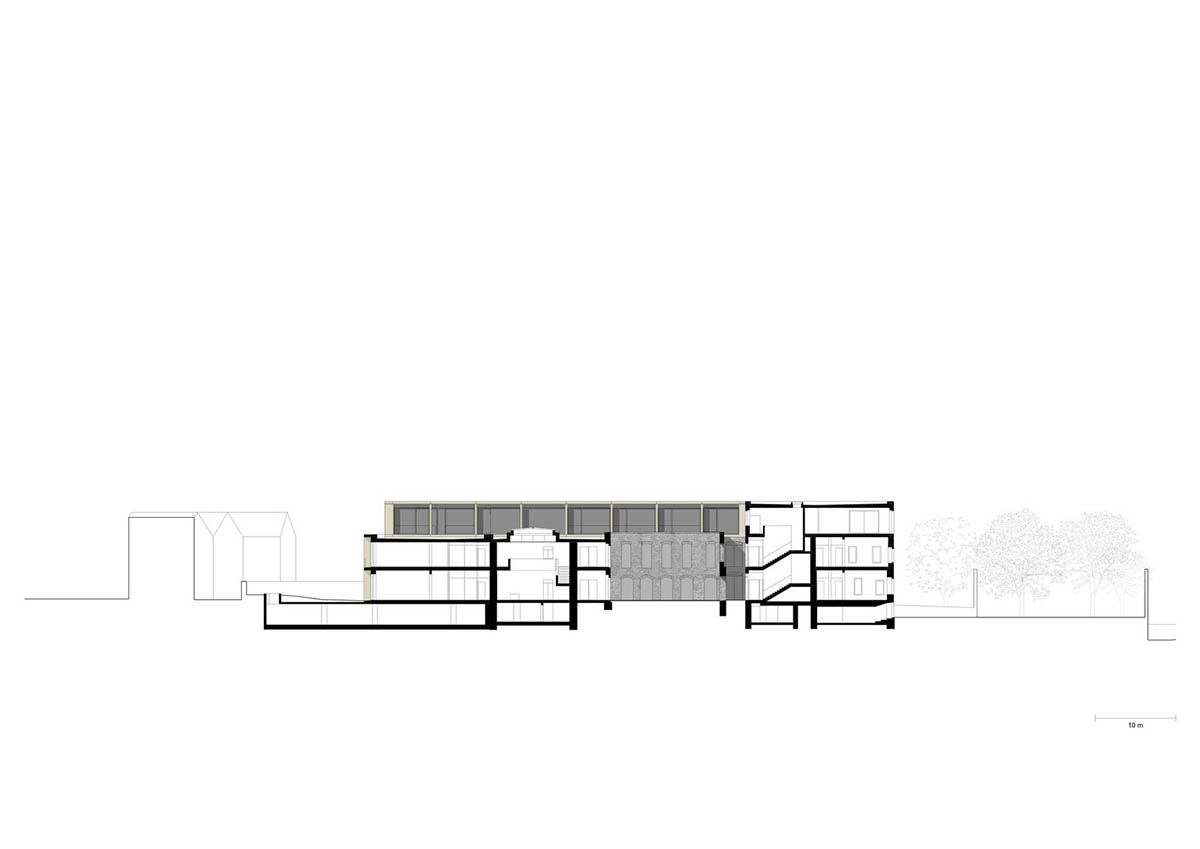 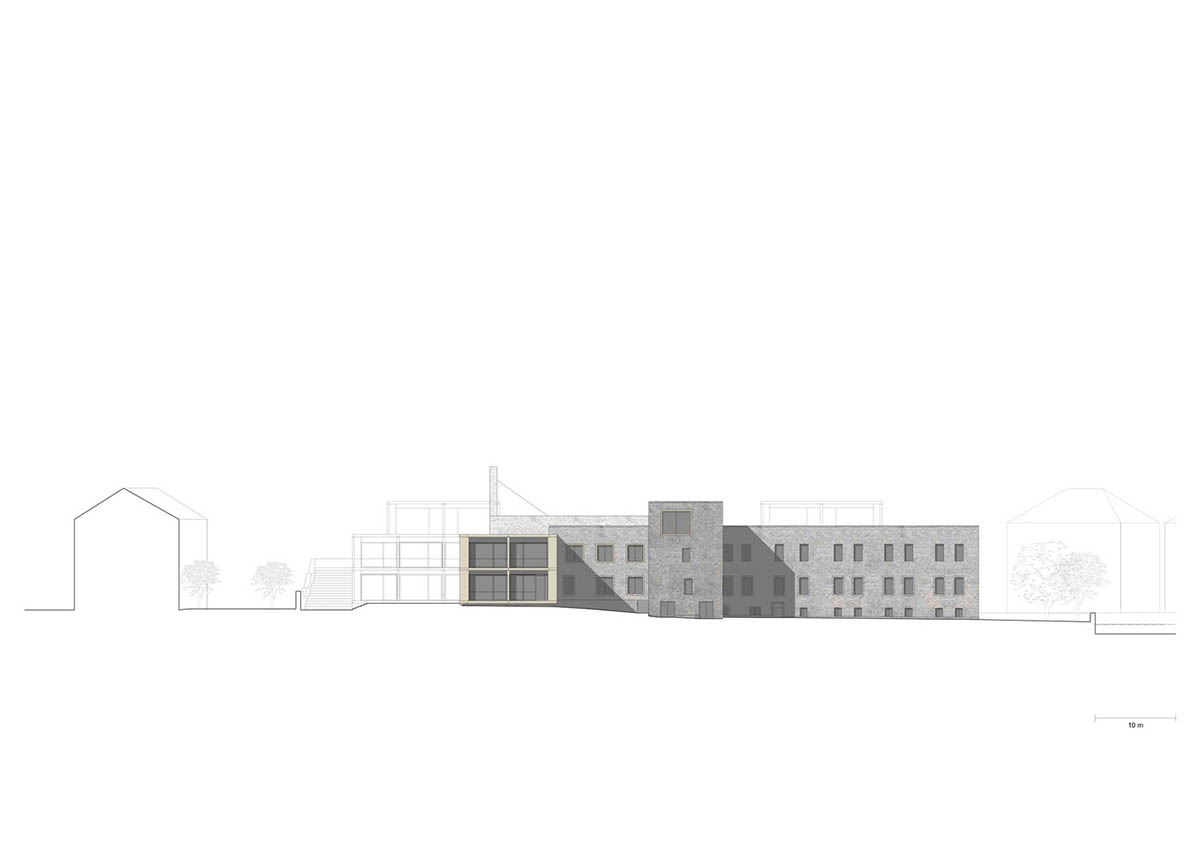 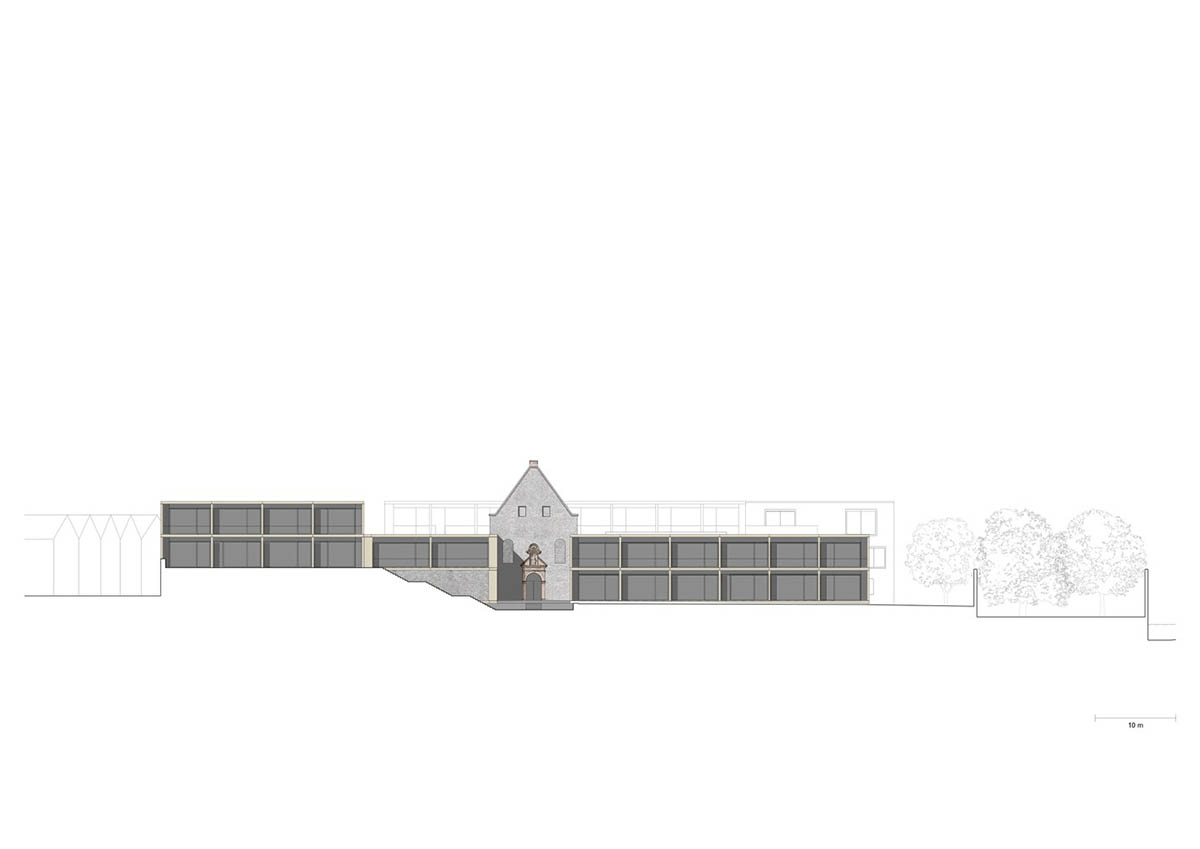