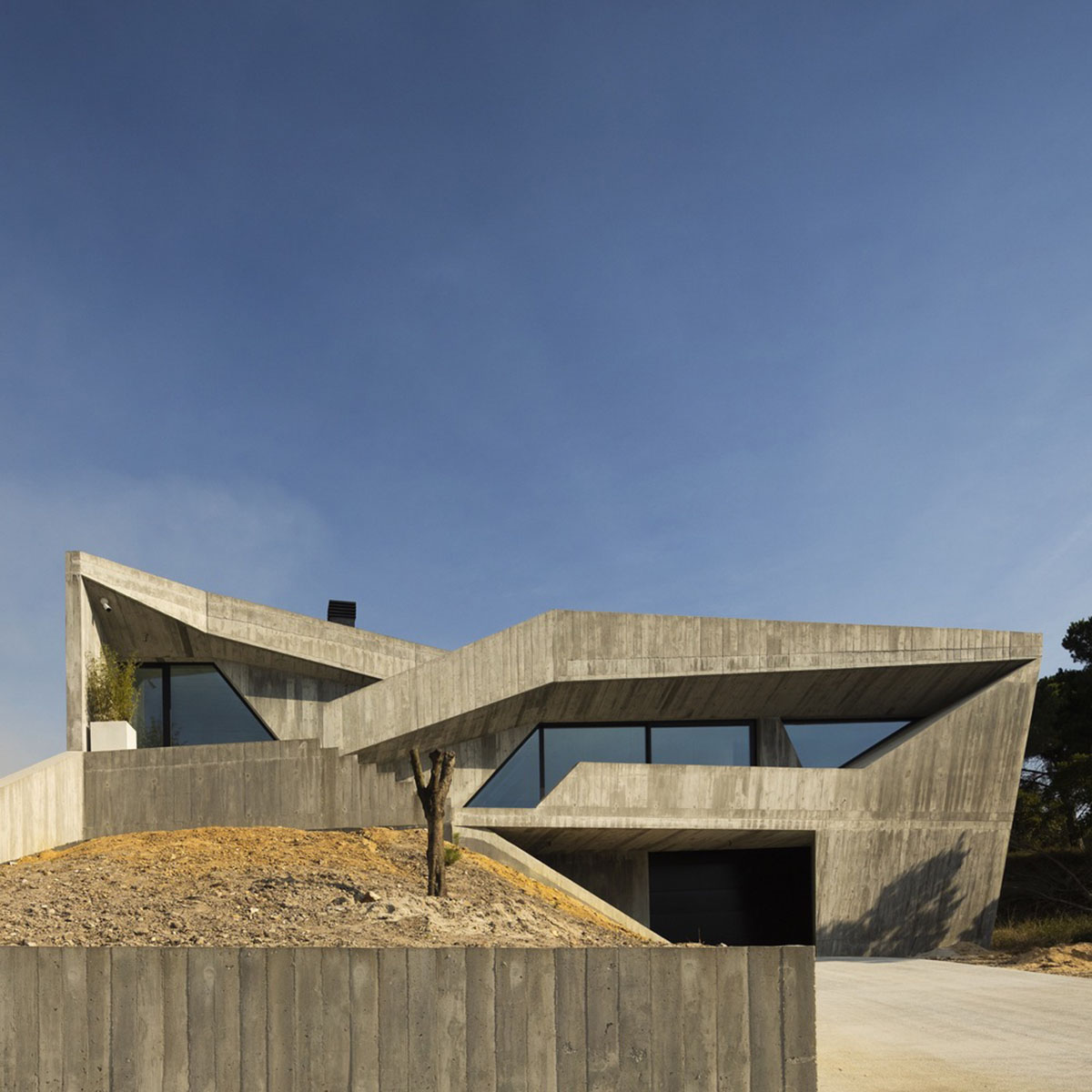 Portuguese architecture studio Contaminar Arquitectos has built a cave-like concrete house made of irregular walls that sit on a rocky site on the outskirts of Leiria, Portugal.

Named Povo House (or Casa Povo), the house is inspired by the site where rocky elements are predominant in the landscape, limestone lands, irregular topographies and sharp contrasts. 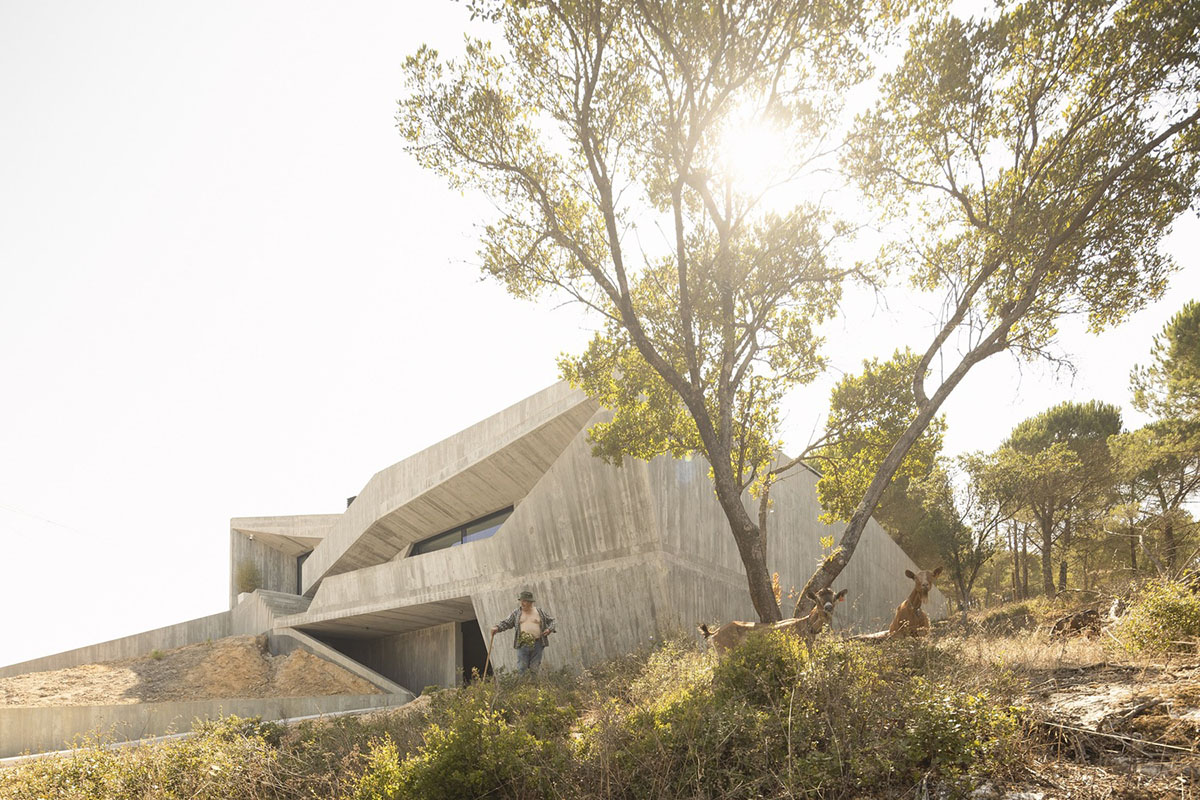 The informative inputs of the house are taken from "this unique geological context" which immediately gave architects a conceptual starting point that is both dreamlike and romantic without losing the connection to what is the physical and intrinsic reality of this place. 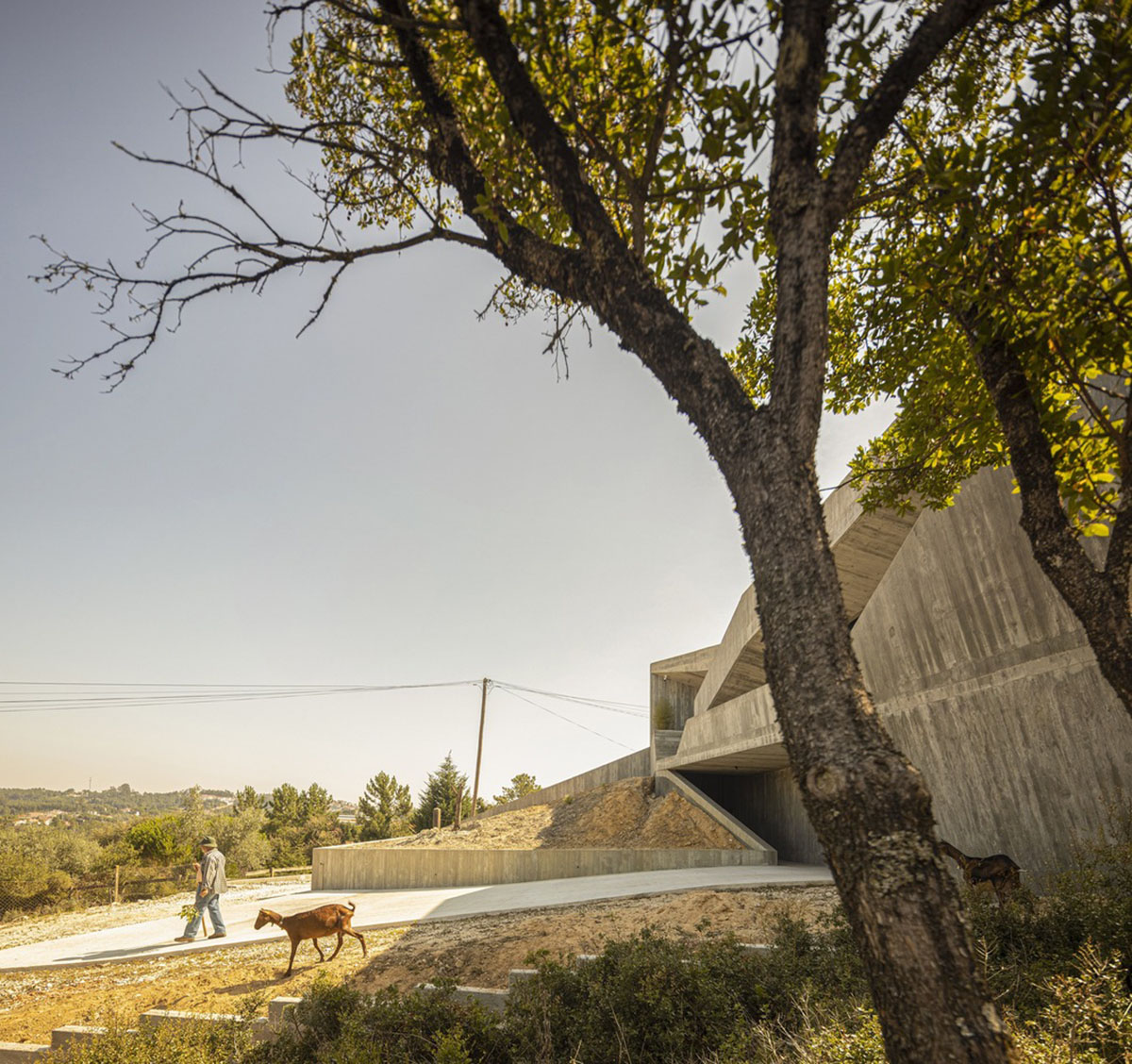 "Thus arises the idea of a cave, an austere carved and denticulated refuge that is humanized by its occupants," said Contaminar Arquitectos.

"This premise is a look and a tribute to the beginnings of humanity and its symbiotic relationship with the environment it inhabits, it contains in itself the paradox of the perennial and harsh stone that becomes a natural and maternal refuge." 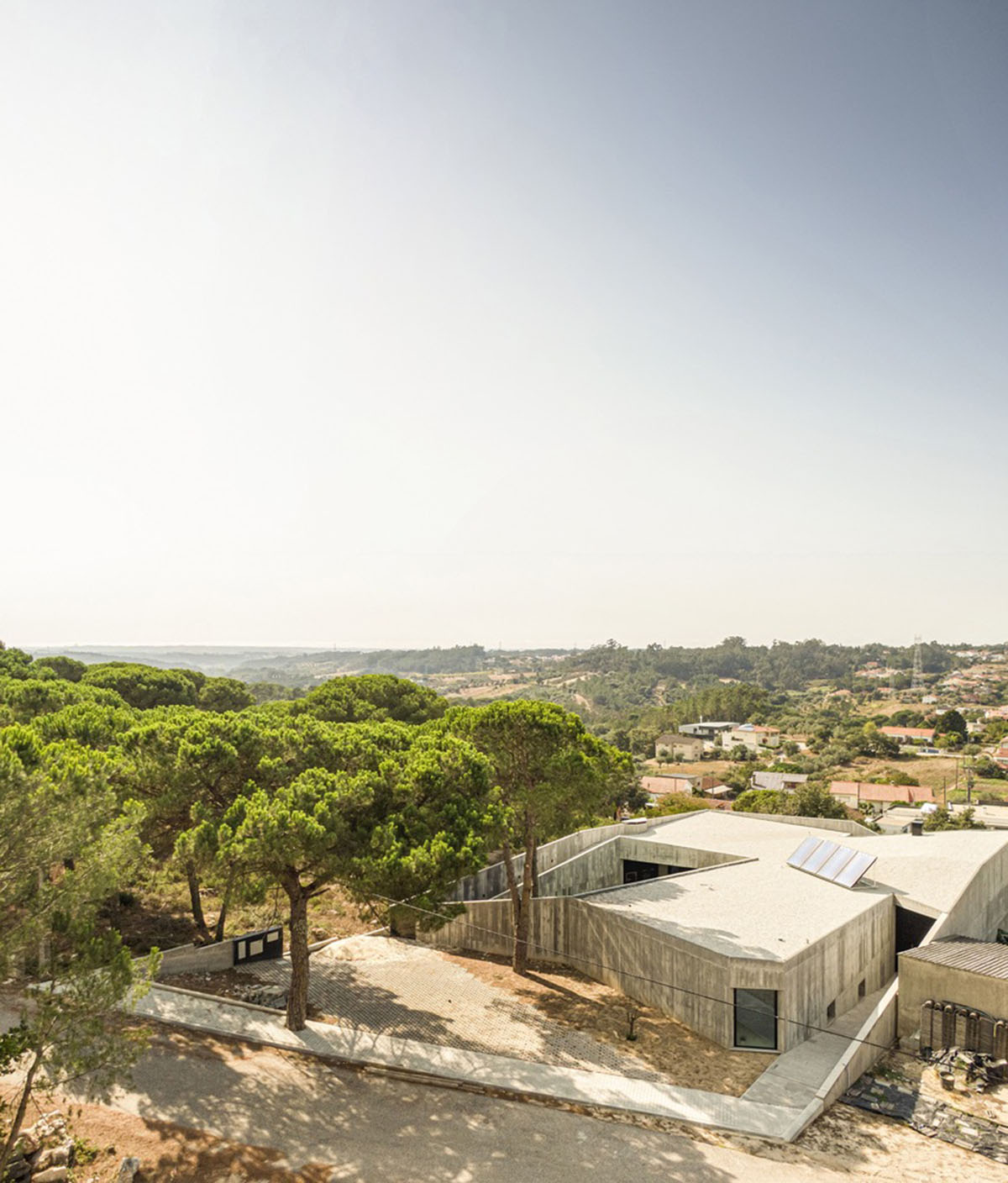 The plan layout of the house is enlarge towards the steep topography and the program of the house is placed in different volumes that are situated at the backwards of the site.

The same irregularity is applied in the interiors and it creates surprising flows in spaces, which makes the plan difficult to read from outside. 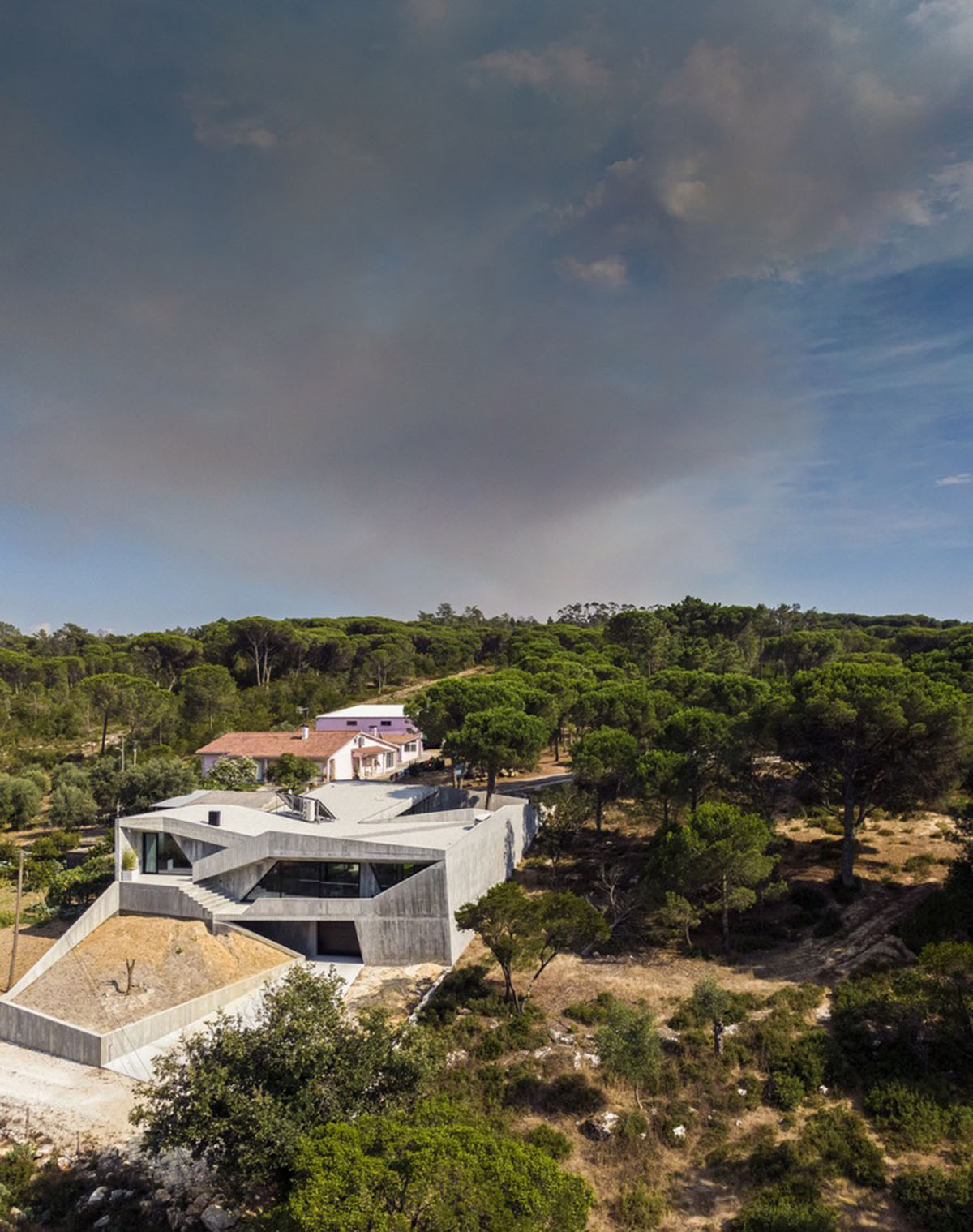 "Amidst a diverse landscape, which is characterized by being apparent and empirically inhospitable, there appears in an act of volumetric courage a cave built and idealized entirely in concrete," added the architects.

"This detached house carefully balances the game between the glimpse of the surrounding pine forest and the privacy of its residents." 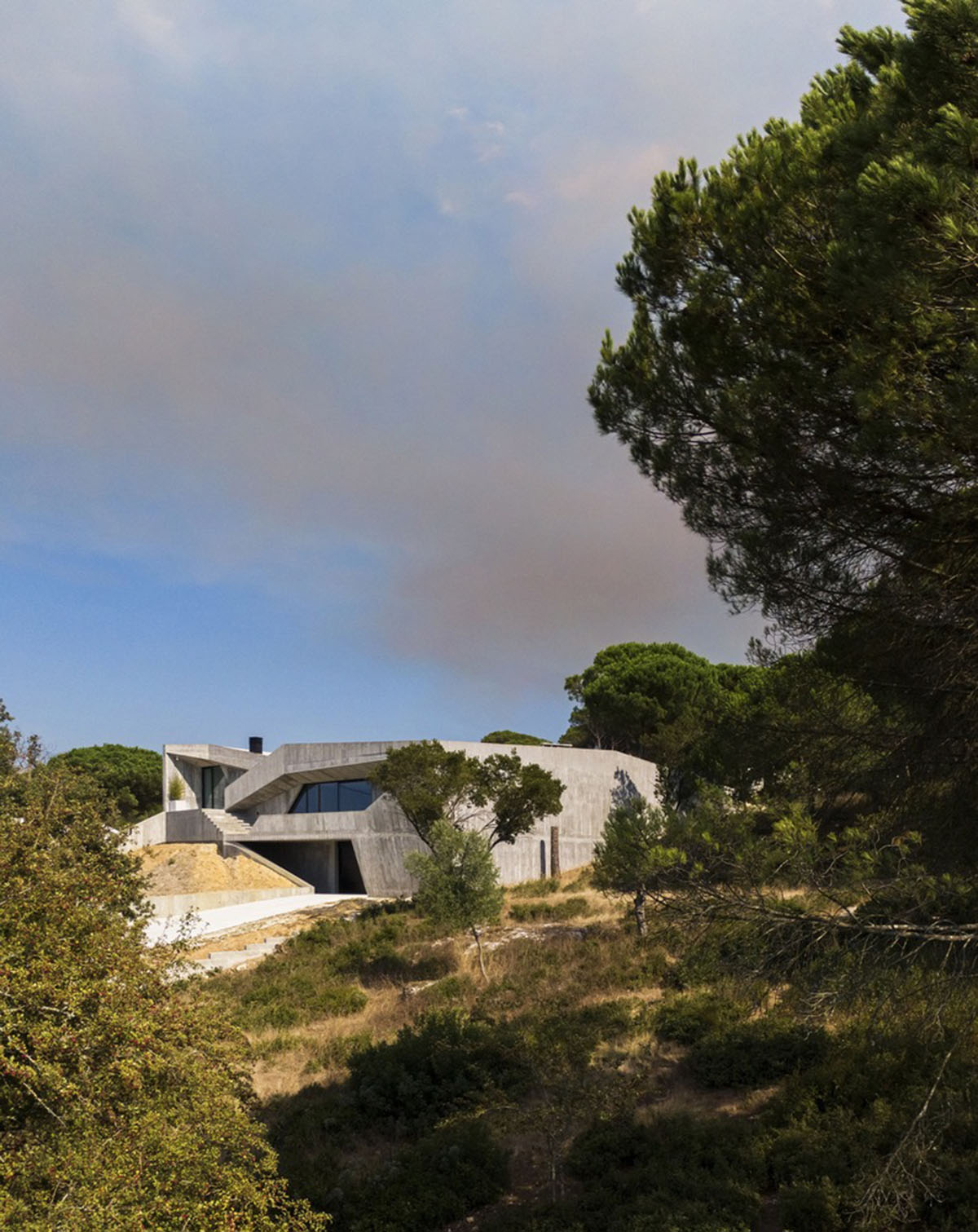 According to the architects, the project "is marked by a multiplicity of circuits that order spaces with harmony and simplicity through a central element: light, which interacts breaking the primitive elements and the sinuous lines with subtlety."

Its program includes 3 bedrooms, dining and living room, a kitchen and an office. The house was divided into two and a half floors of the house which, through a patio, distributes, arranges and connects both the interior spaces and the exterior paths. 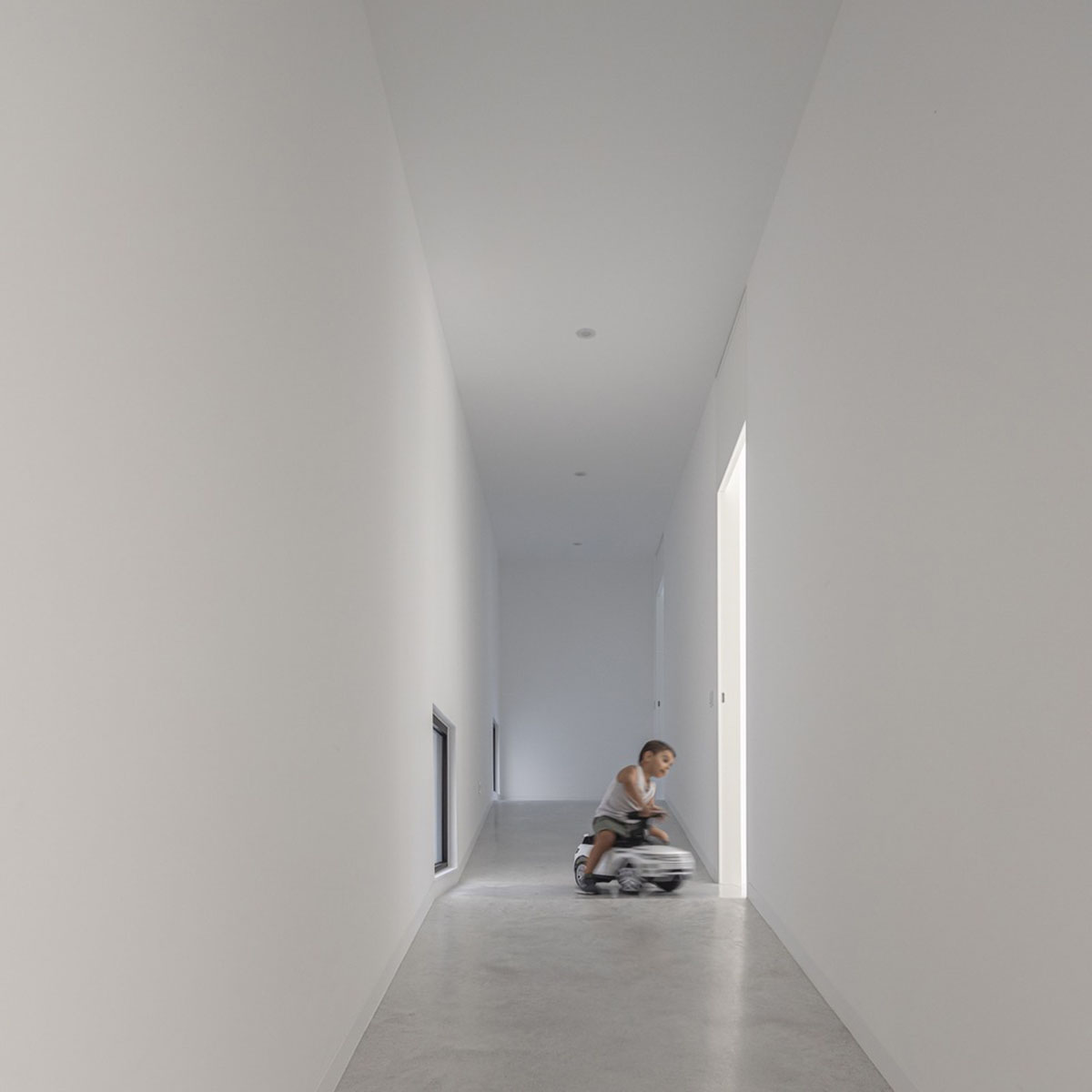 The main access involves the existing pine forests and frames the vegetation between its walls at sharp angles. This structure at the entrance uses double height space of generous proportions to connect to the livingroom and allow the view of the north / west landscape but also provide the entrance of light and heat from the patio that is facing south and that is adapted to the irregularity of the terrain. From the living room there is access to a concrete balcony, a space for contemplating the sunsets. In a different level, an external access is born, which leads to the office, distinguished by the wide glass opening. This division is half a floor above and also leads to the roof that provides a 360 degree view of the surroundings.

From here it is possible to circulate through another ramp connected to the patio and to a private secondary access that allows visitors to access the office directly without going through the house. 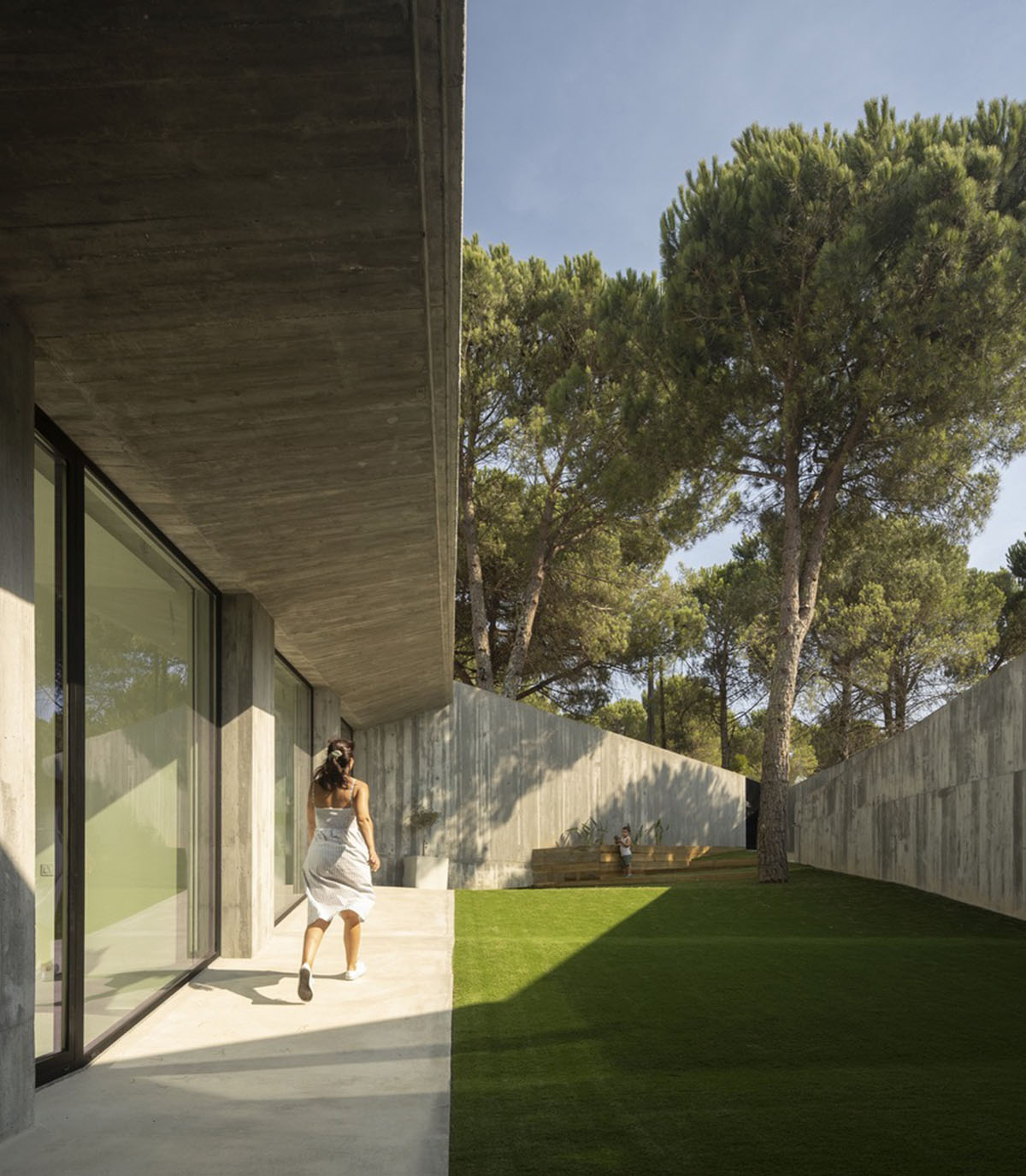 "The Povo House respects and adapts the cut of the land in relation to its original layout, differentiates itself in a subtle and delicate way maintaining a harmonious relationship between the public and the private," explained the architects.

The studio implemented a spatial distribution and volume of the rooms that follow and reflect the topography of different levels. The soft elevation ramp allows direct access to the patio, the living room and the kitchen, connecting all elements both inside and outside. 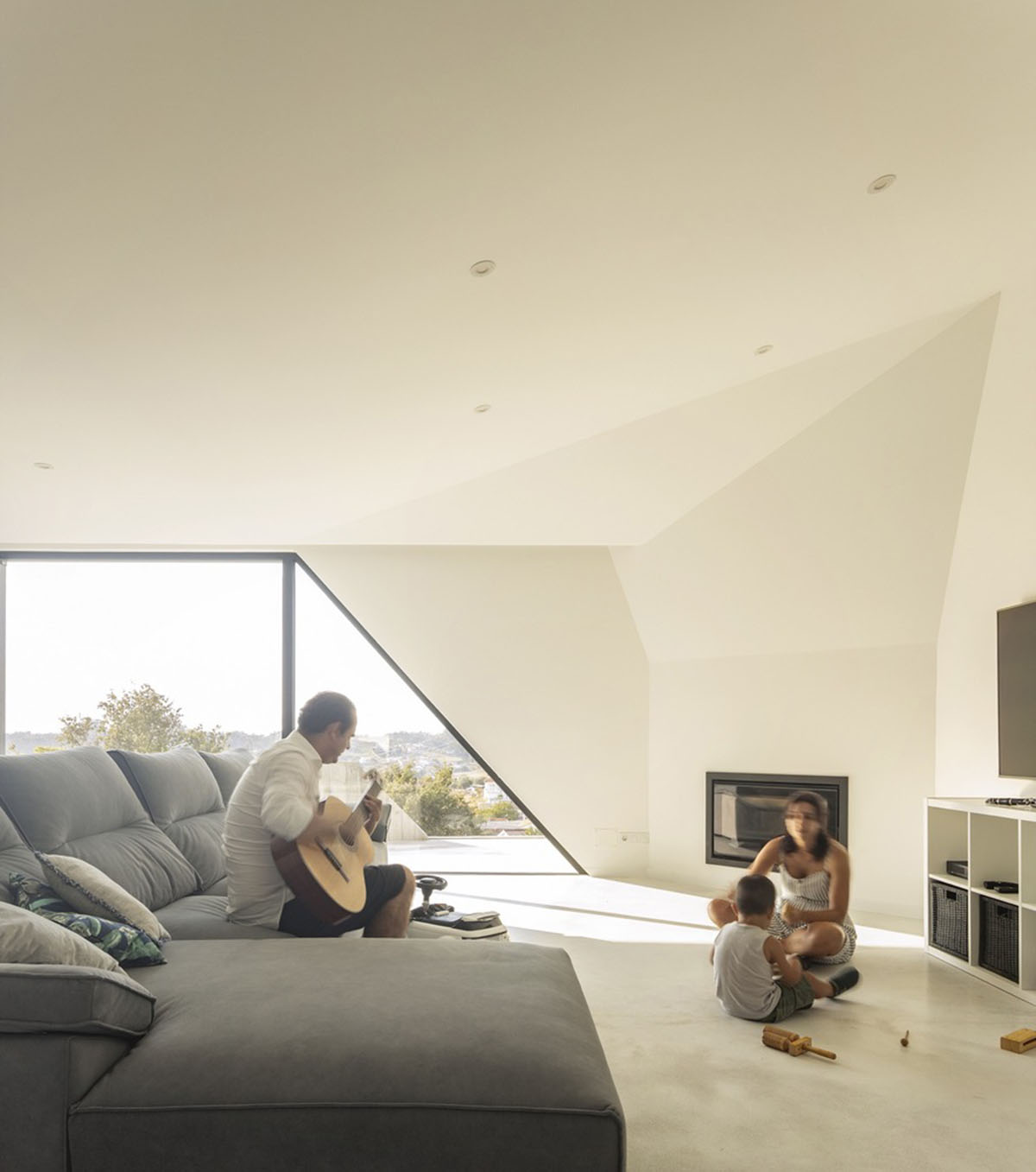 There is an internal garden with ramps giving the project the necessary integration, in addition to the almost playful sensorial expression used by children with the interconnection of the garden to the roof, allowing a permeability of the cave with the frameworks that section the spaces built with the garden. 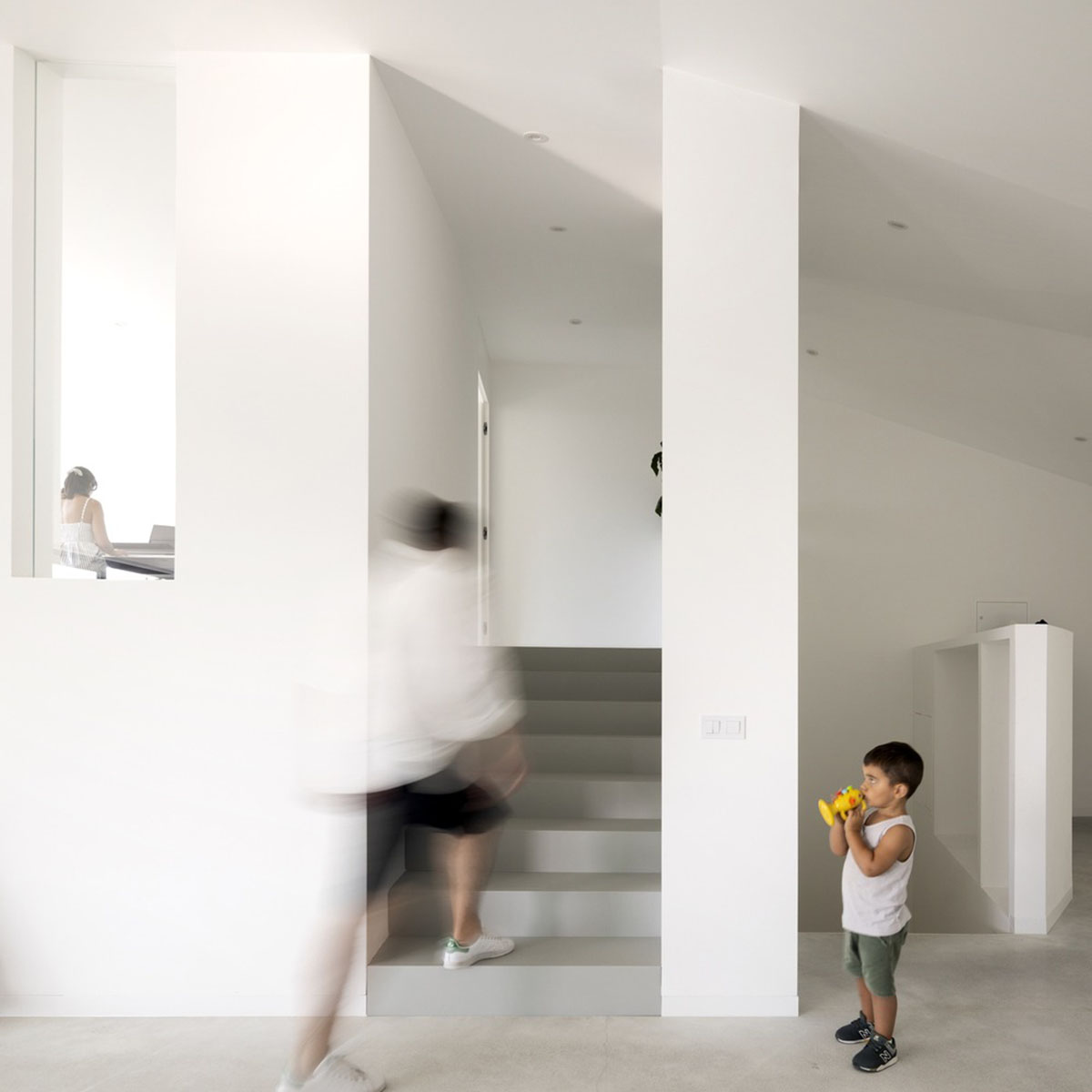 Underneath the office, the studio designed a halfway through the room which is the service area (laundry) with connection to the outside.

"The adopted solution allows the entry of light and natural ventilation in the gaps created between each level of the staircase that connects the balcony of the room to the office on the upper floor." 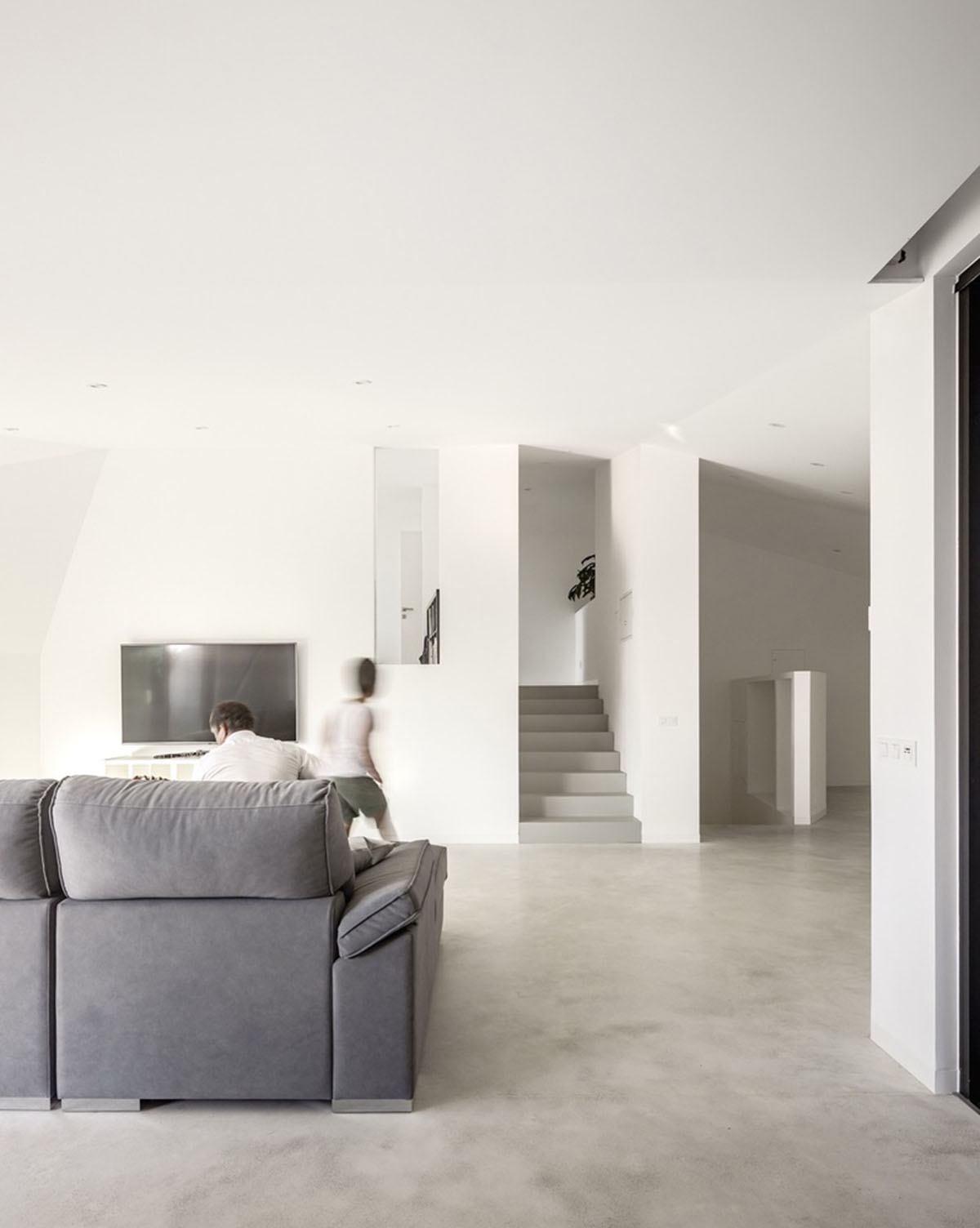 The need to connect spaces creates a strong narrative of spatial distribution and fulfills its function while guiding the rhythm and composition of the shape of the architectural object.

"The exposed concrete with wooden slatted formwork is the predominant constructive element on the facades and dates back to a density that follows a monolithic volumetry and creates the protection that inspires it: a humanized cave," the architects explained. 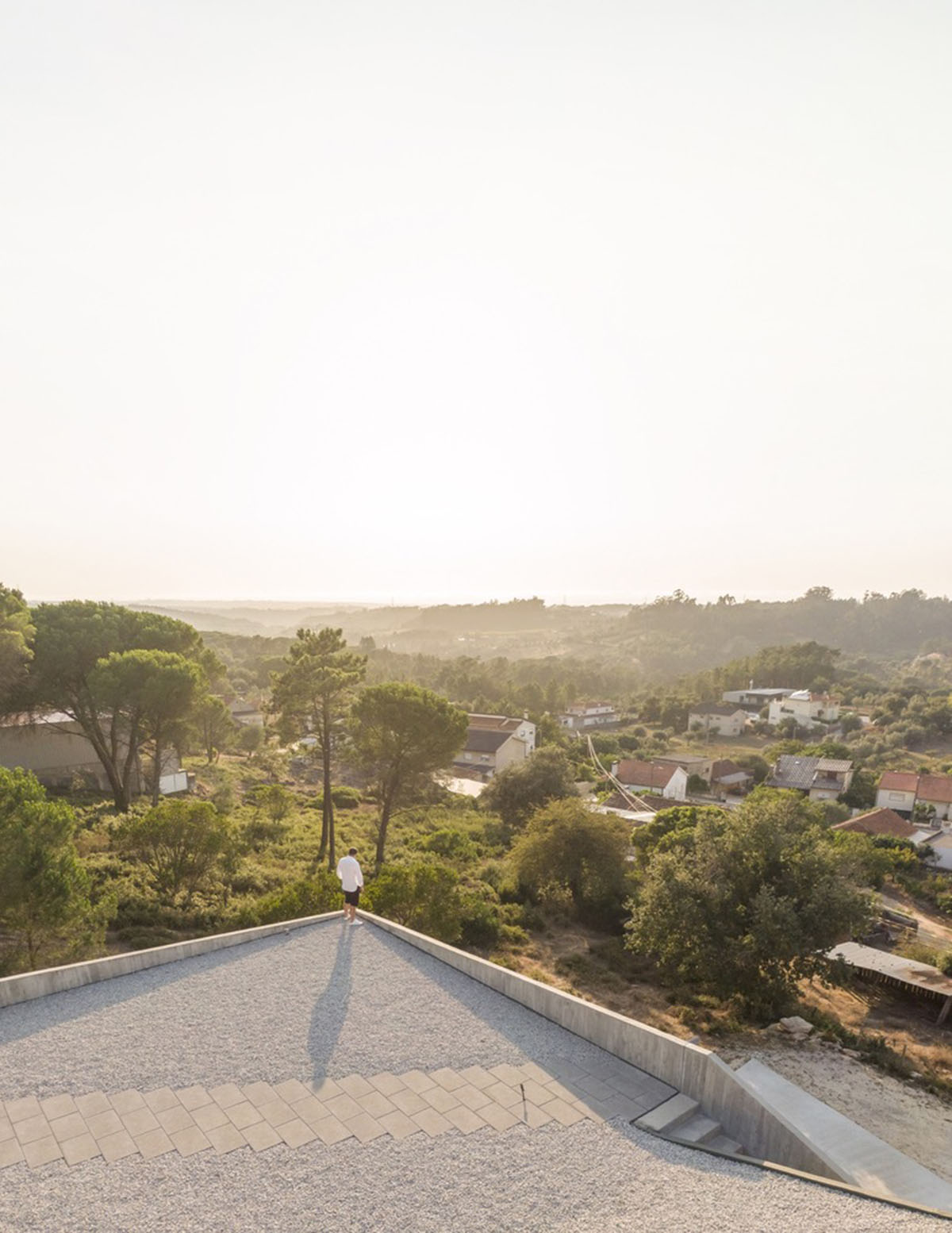 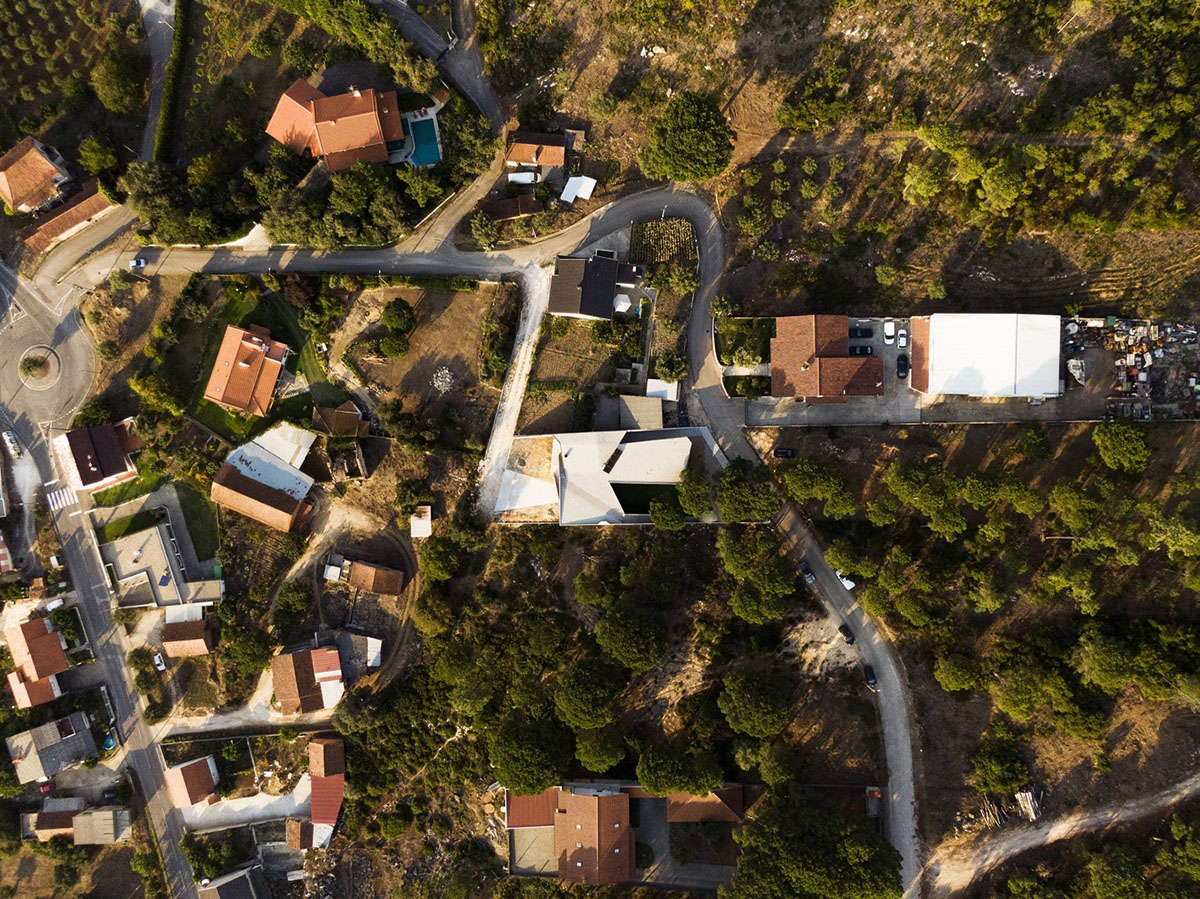 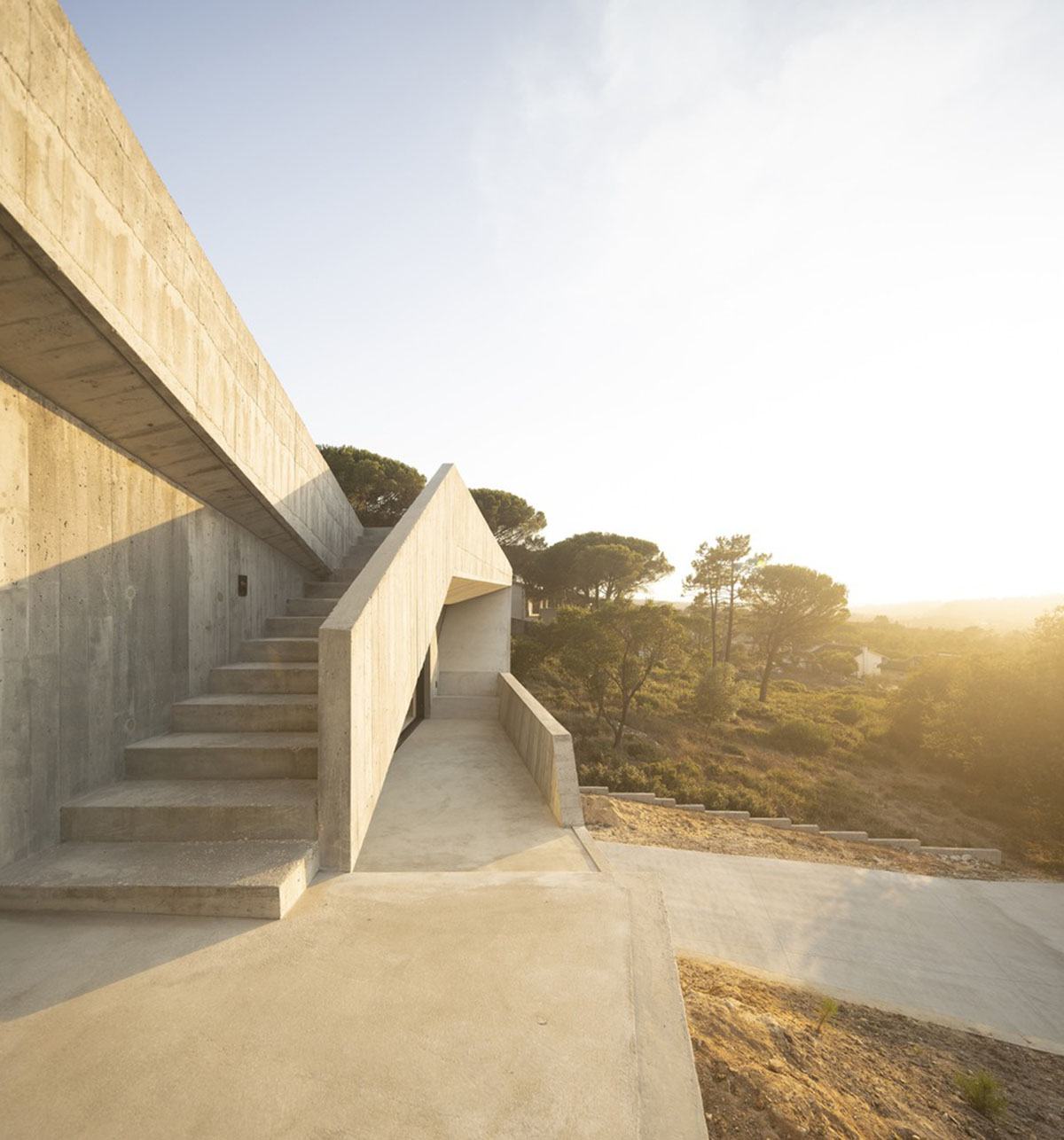 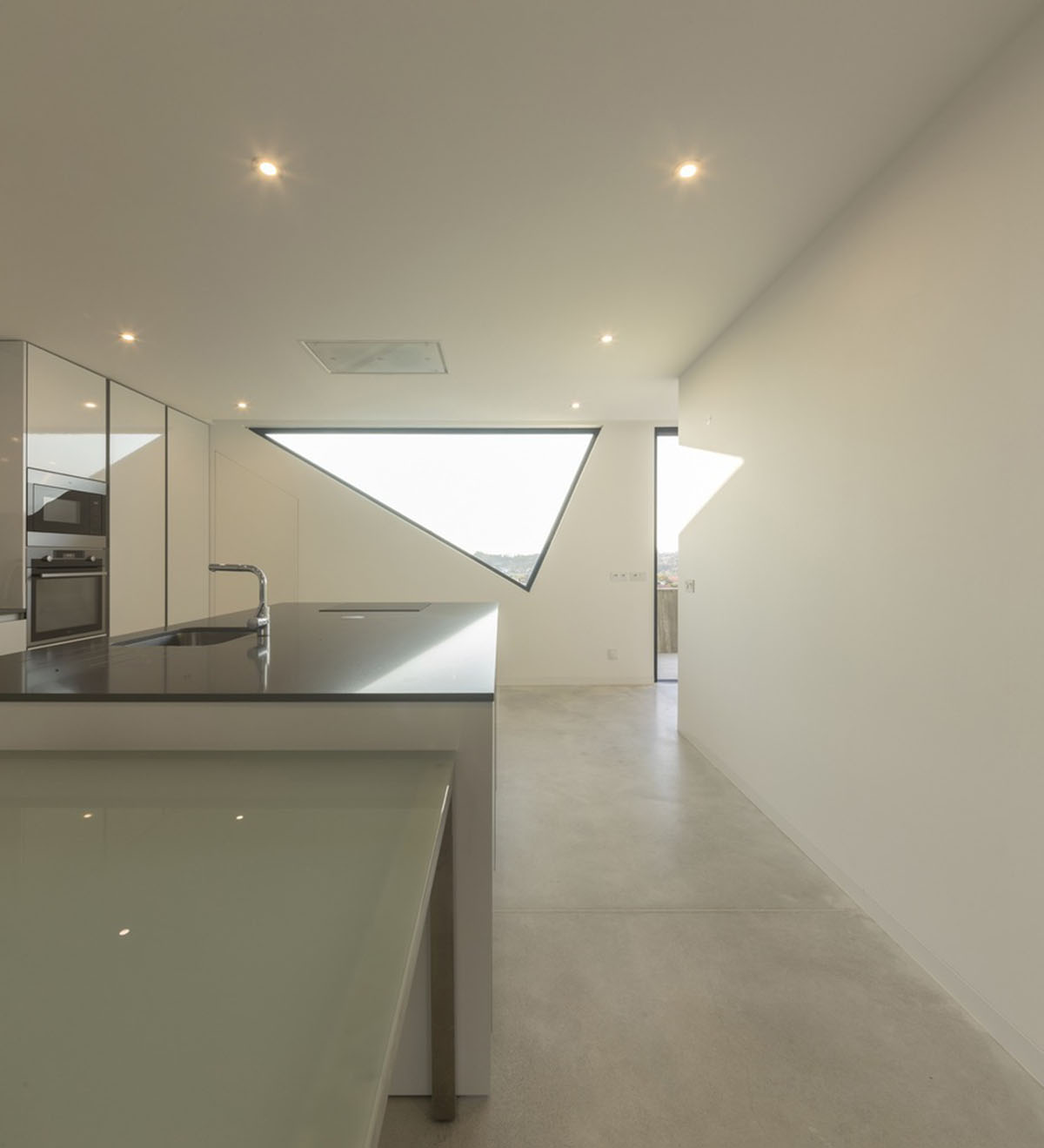 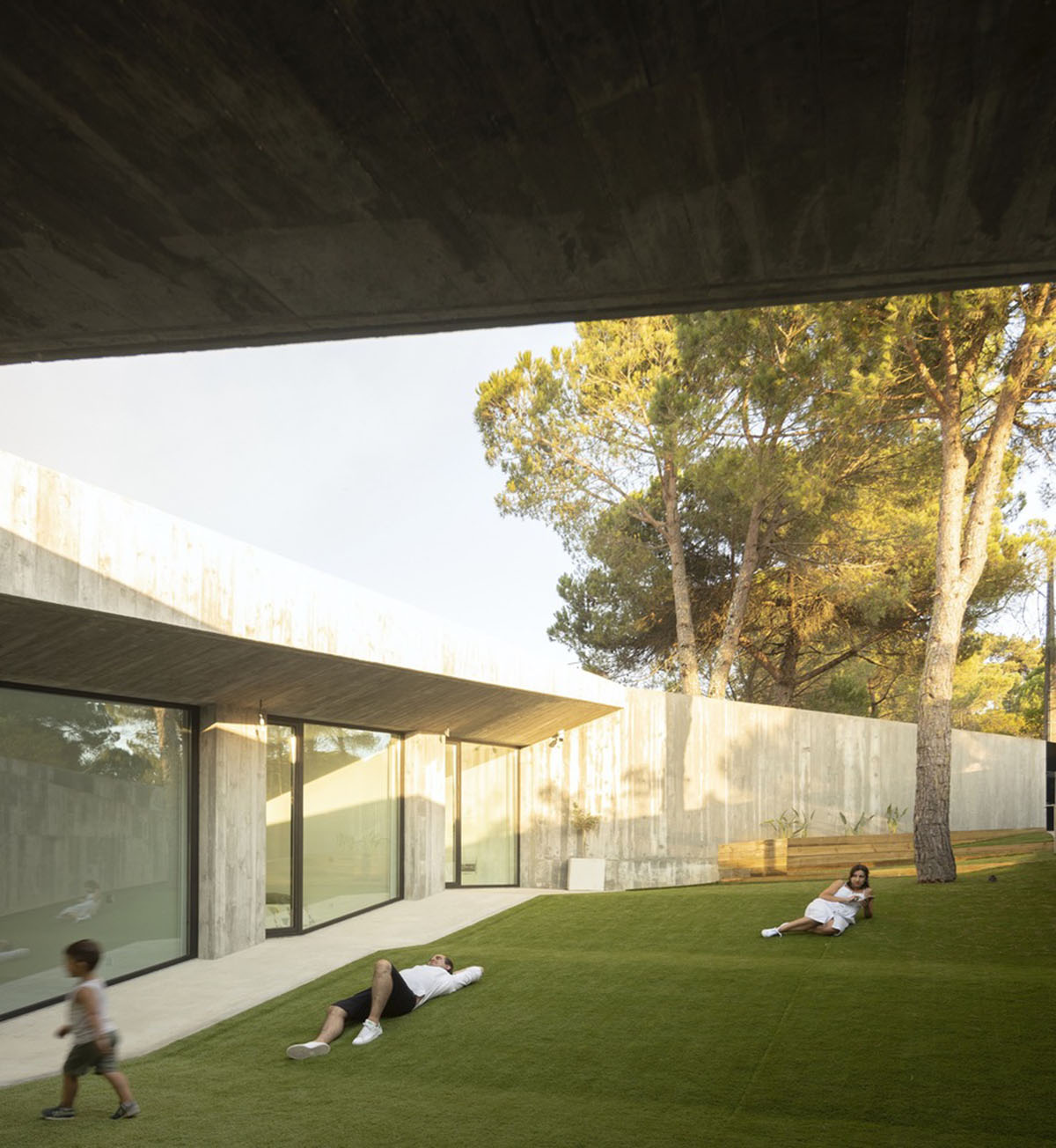 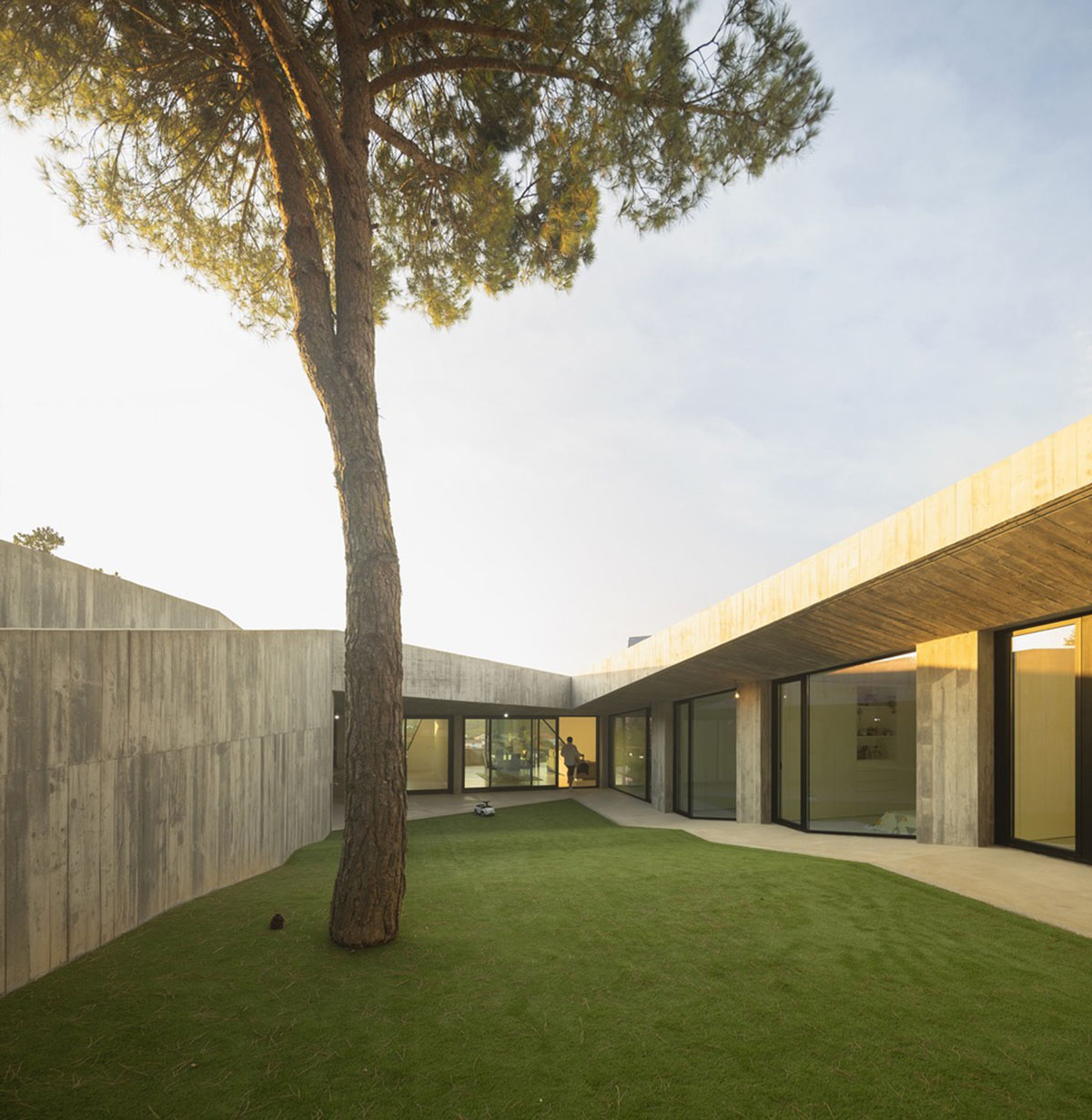 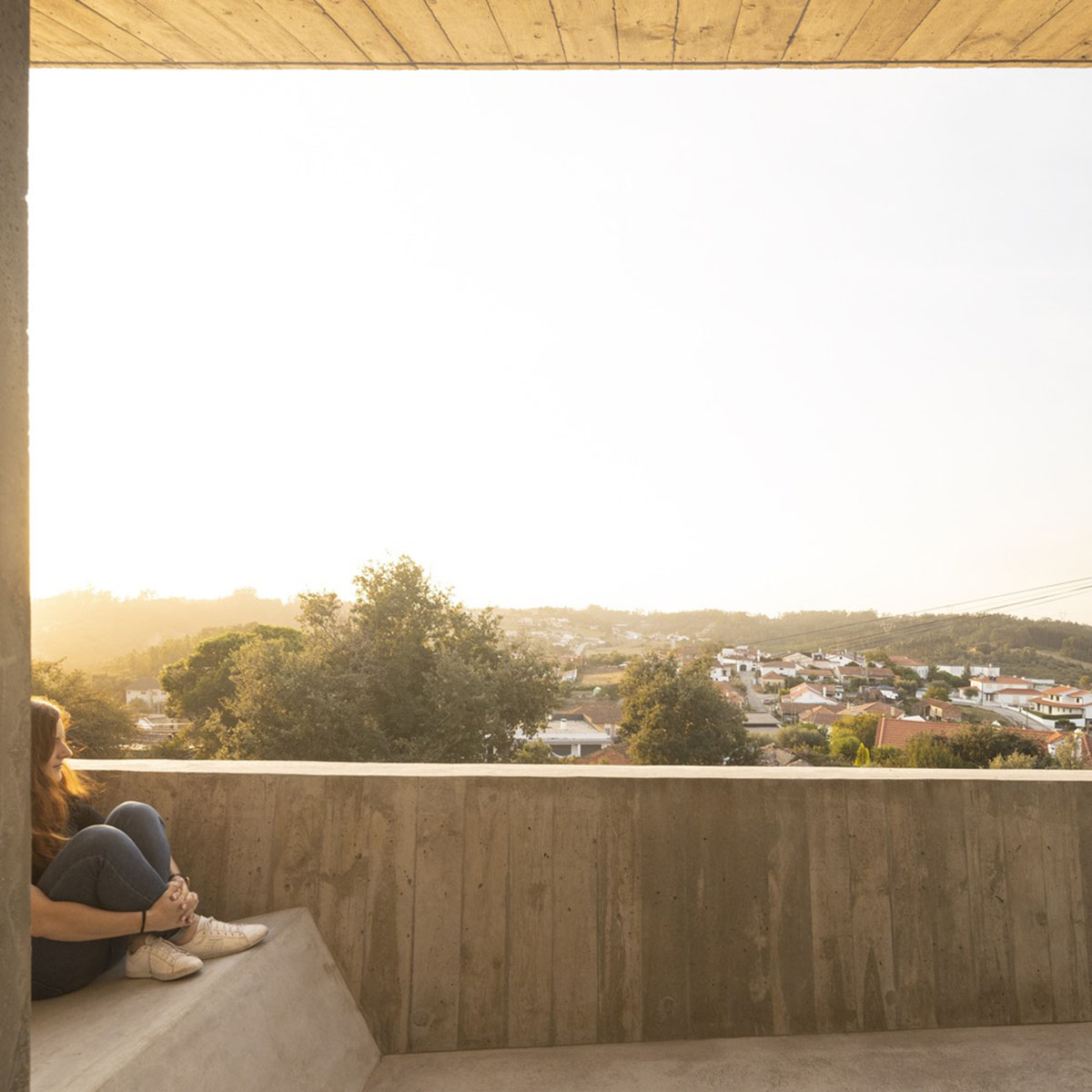 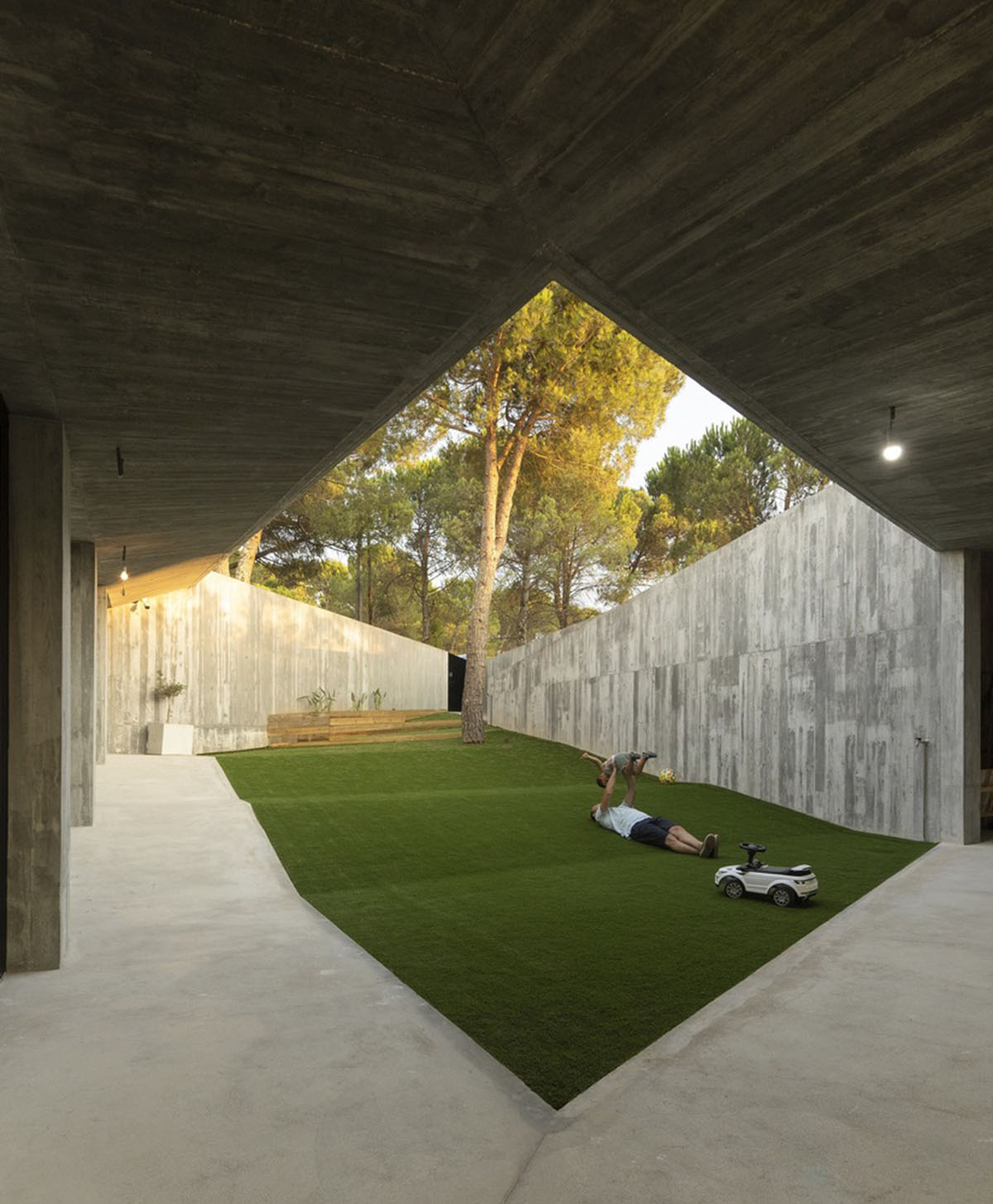 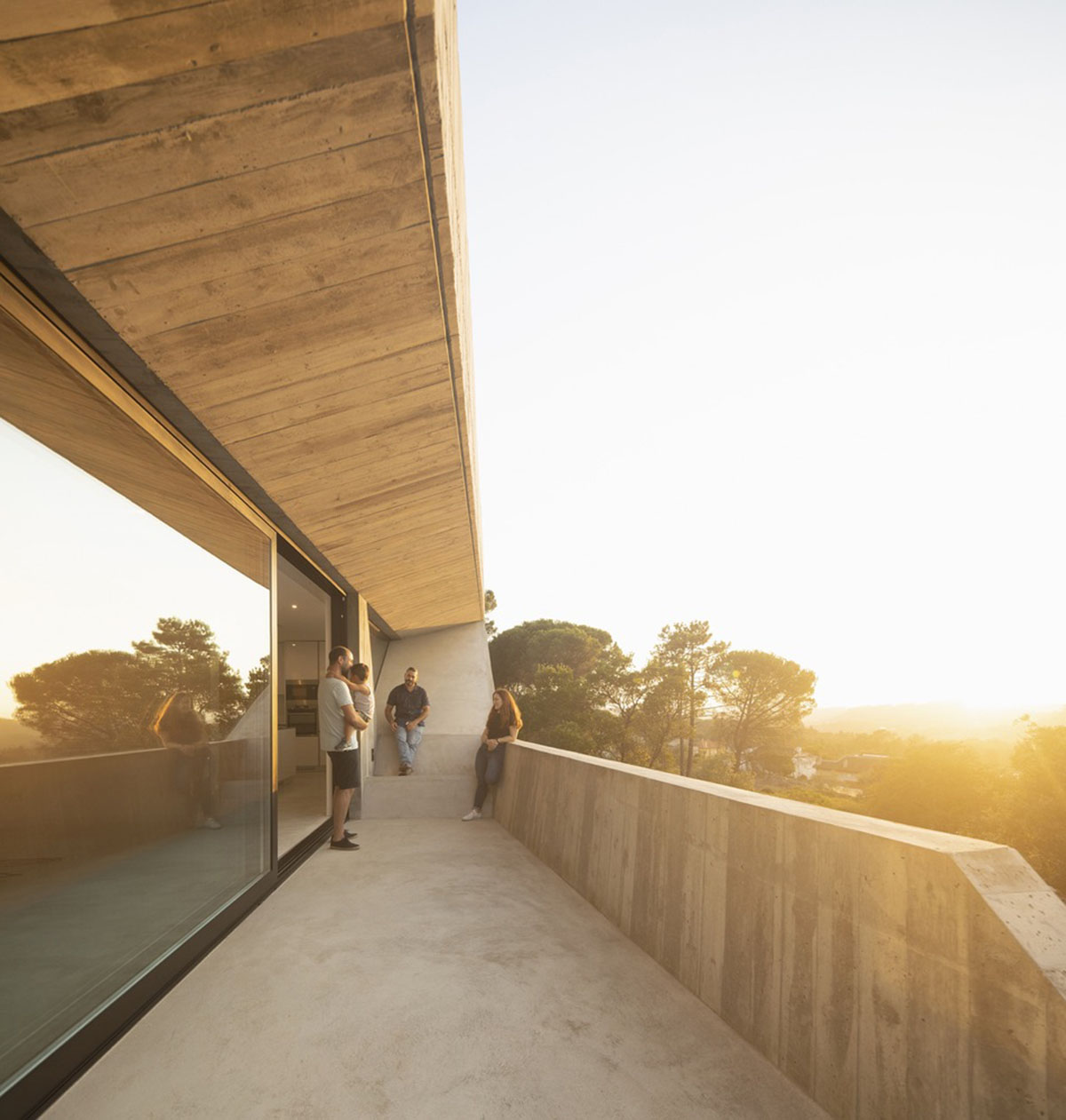 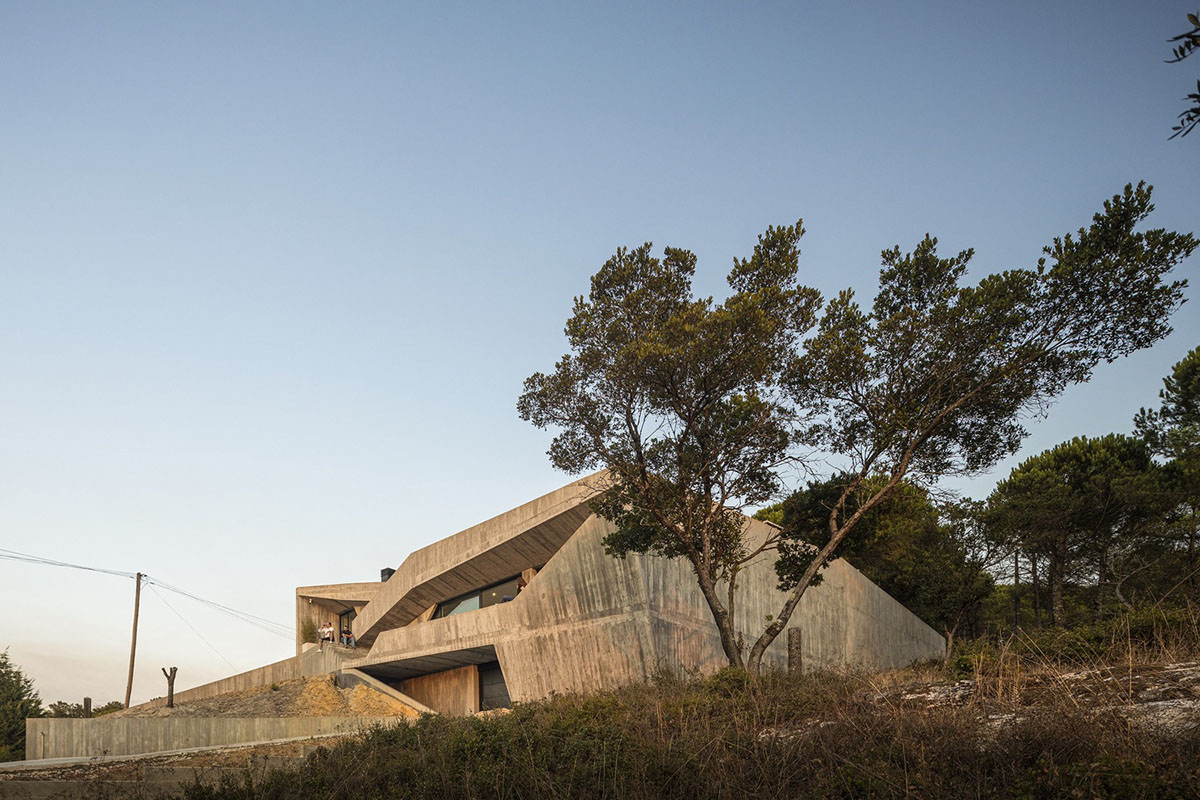 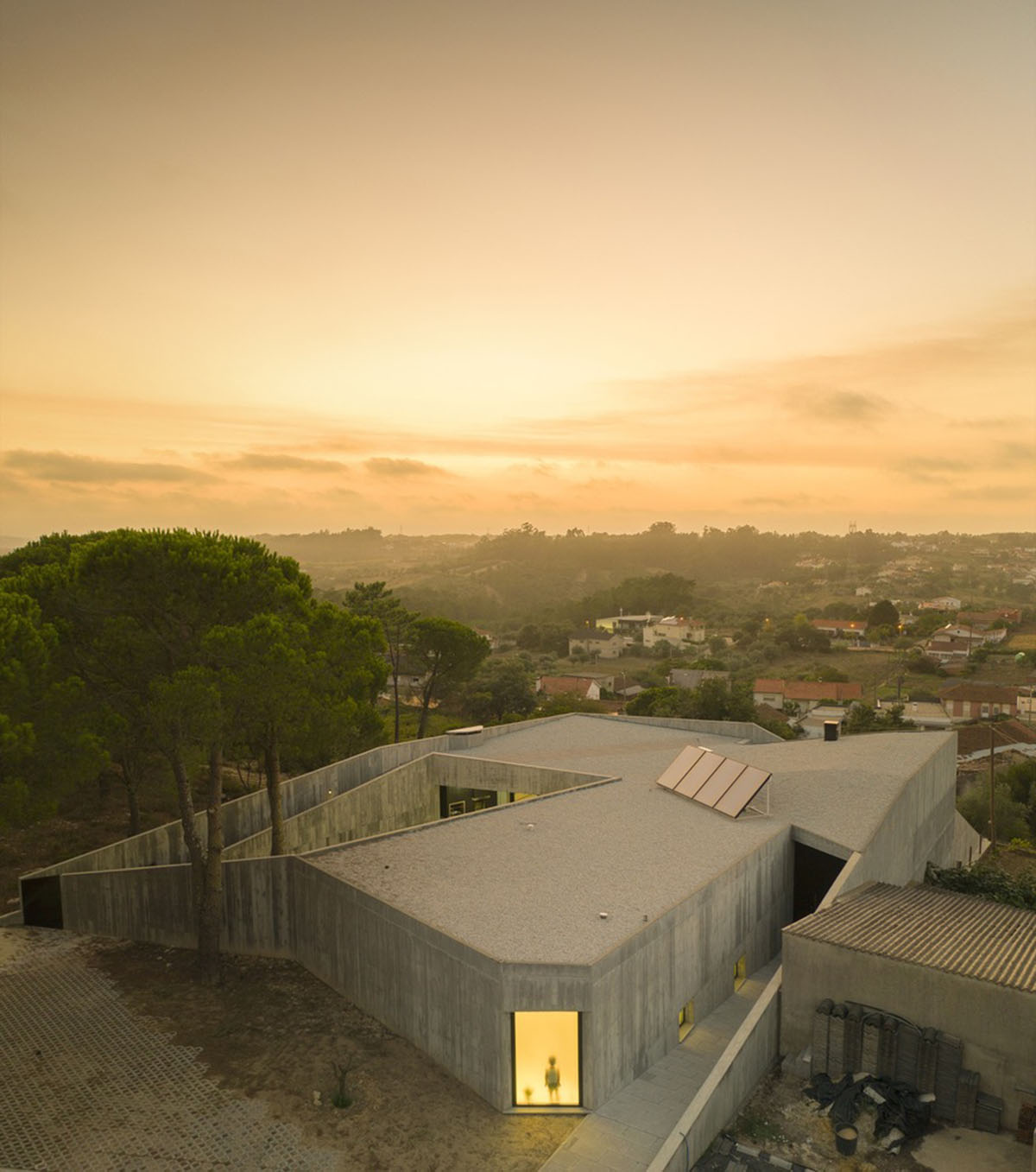 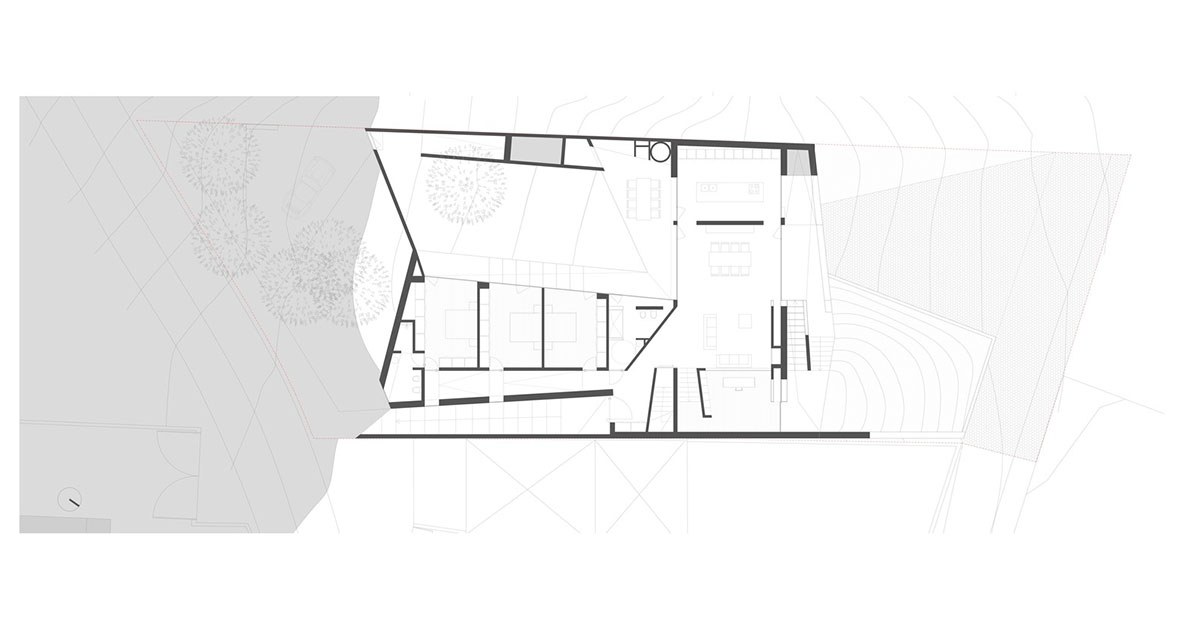 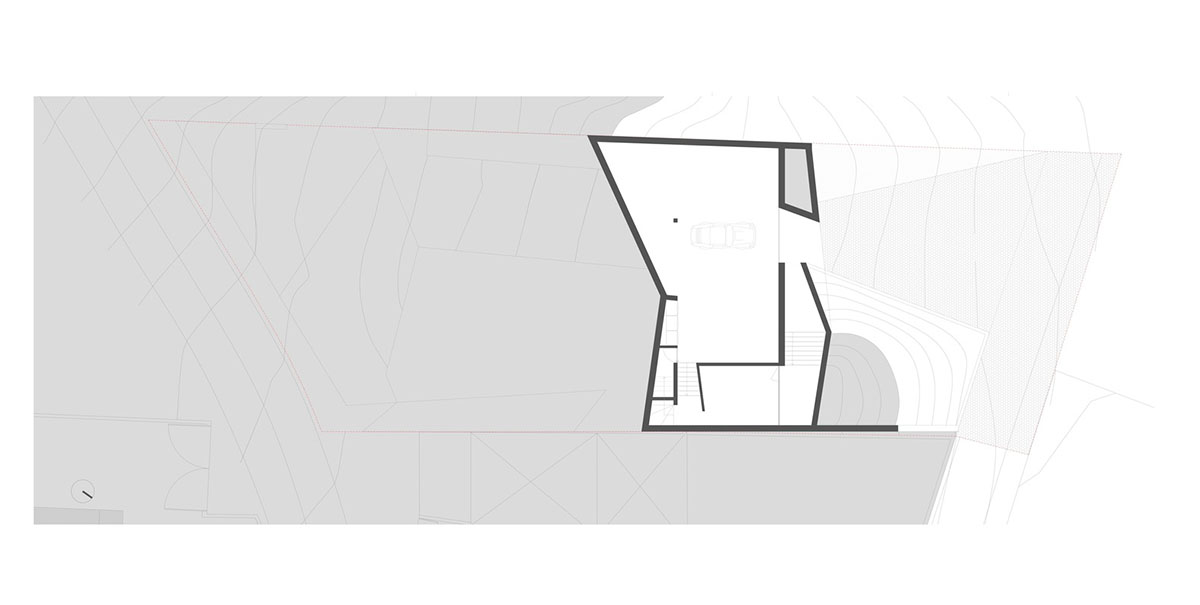 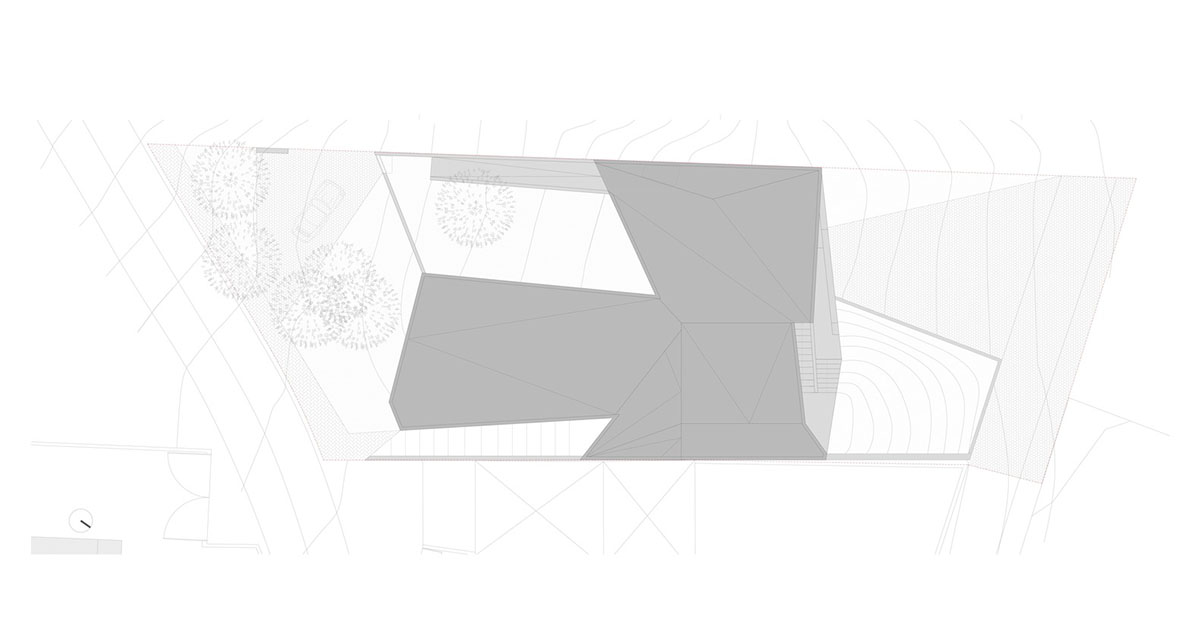 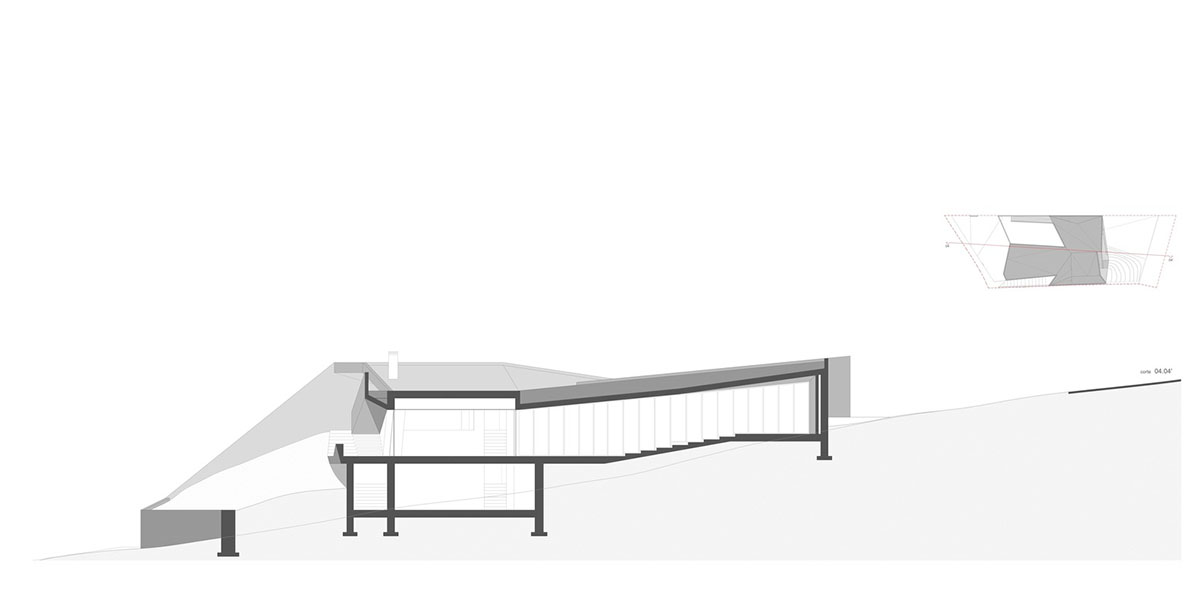 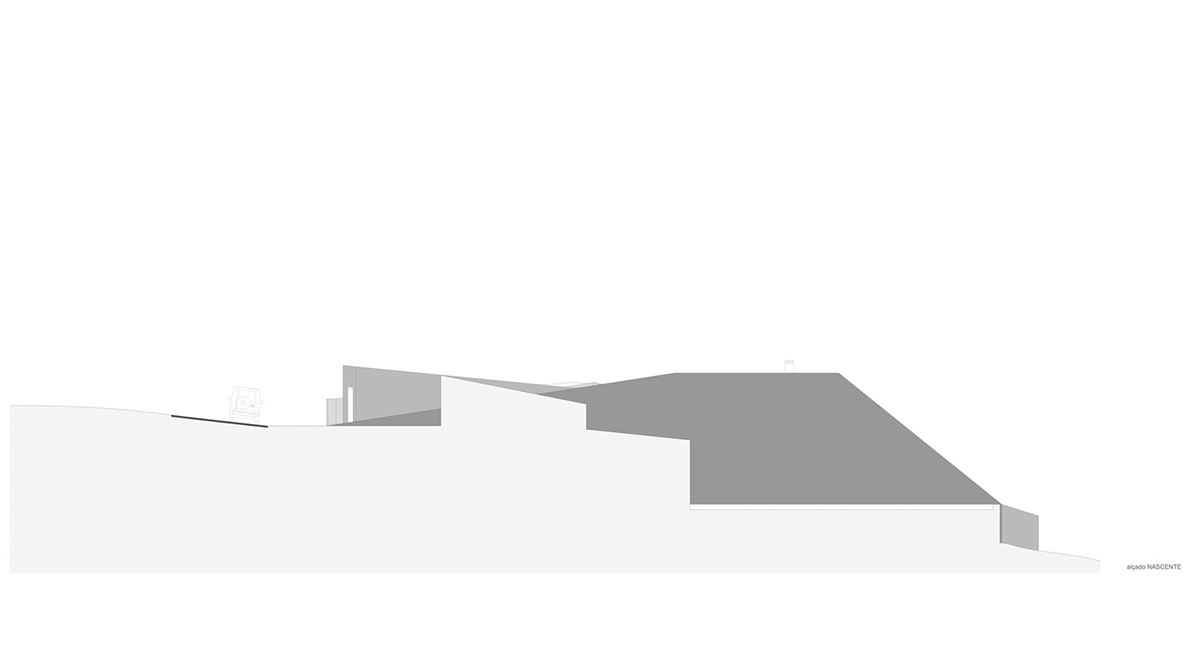 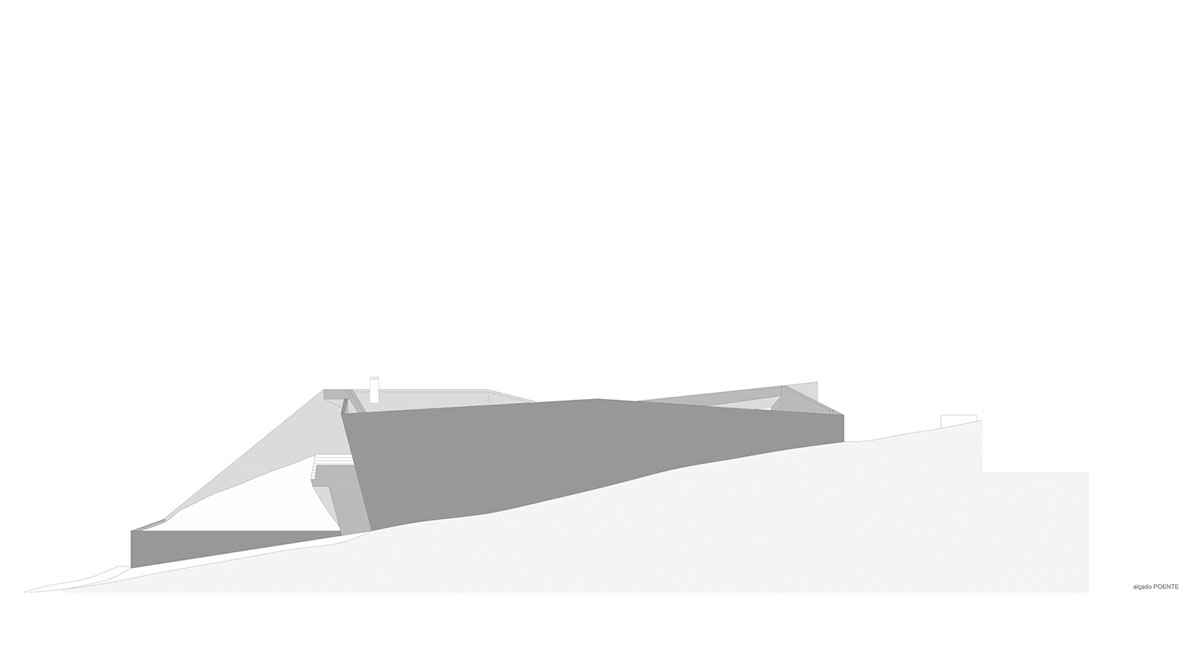 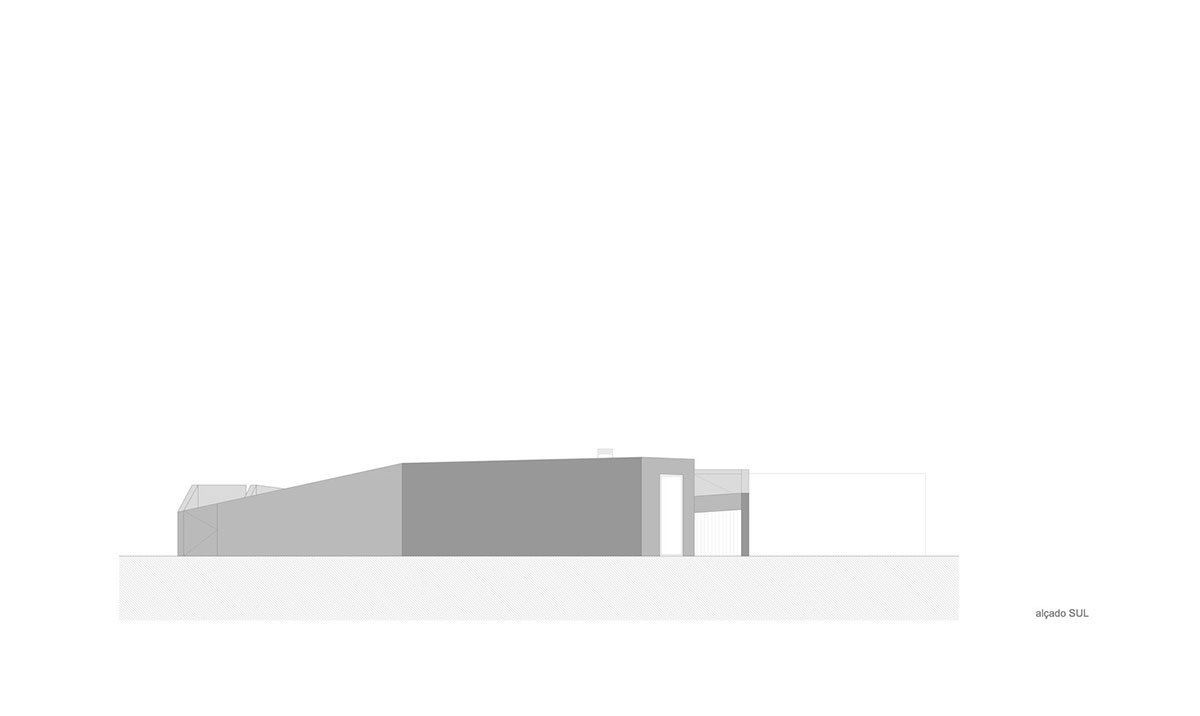