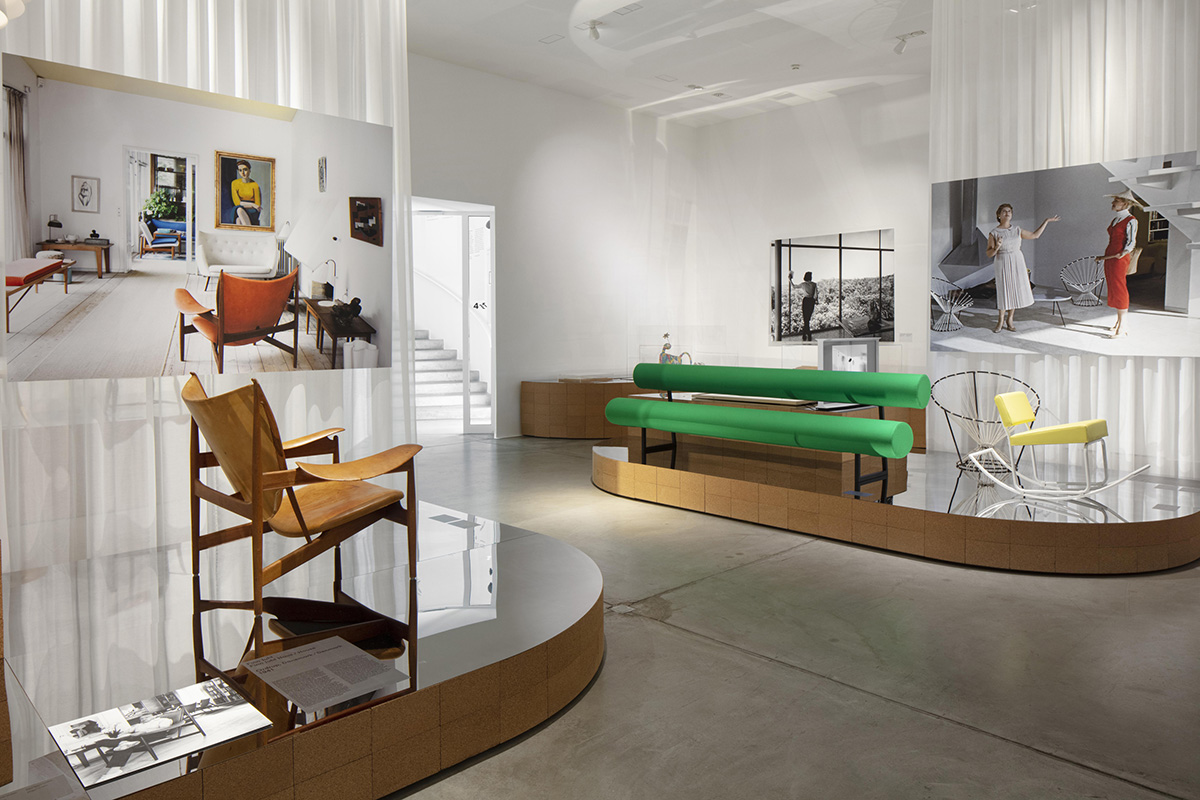 The Vitra Design Museum has opened a new exhibition exploring the history of domestic spaces and the evolution of interior design.

The Home Stories exhibition constitutes a compelling sensorial journey through the recent history of the domestic sphere, including models, drawings, furniture, films, and other media. 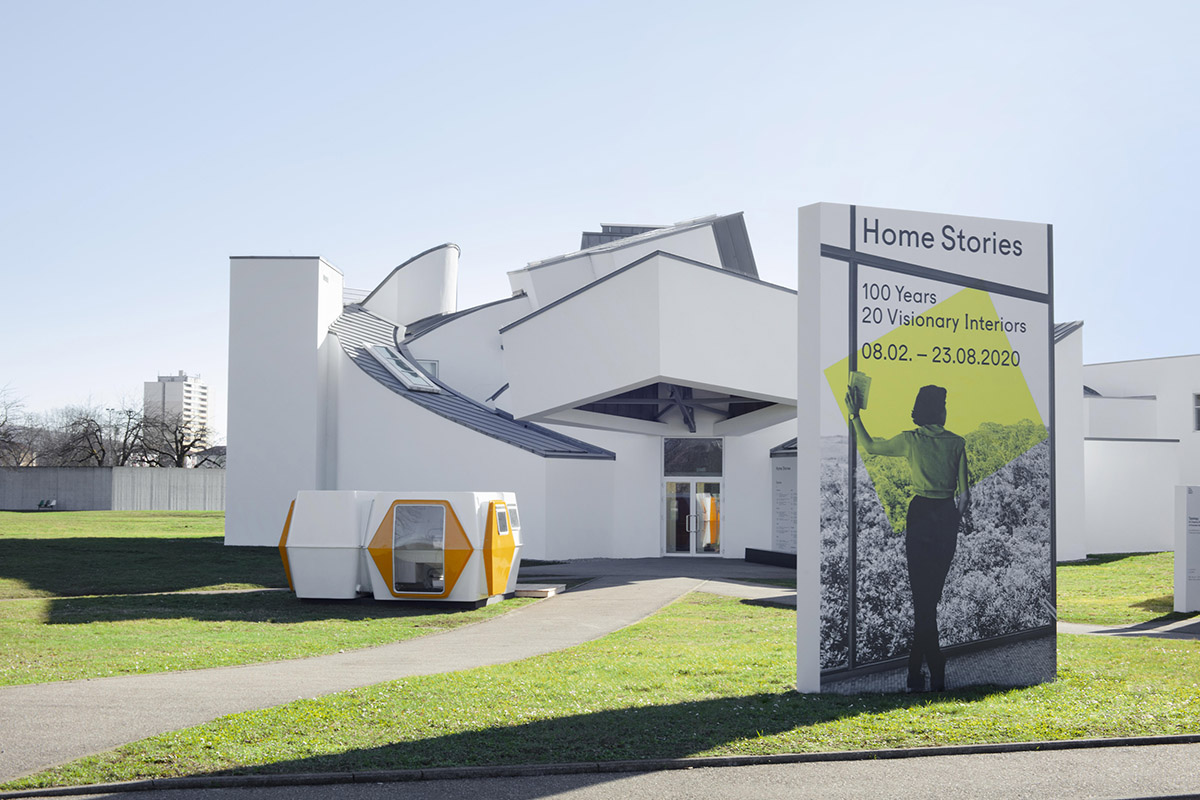 Though this exhibition, the Vitra Design Museum aims to reopen the conversation about the contemporary private interior and its evolution.

In a captivating narrative leading visitors backwards in time, the exhibition will highlight important societal, political, urban, and technical shifts that have shaped the design and the use of the Western interior over the last 100 years. 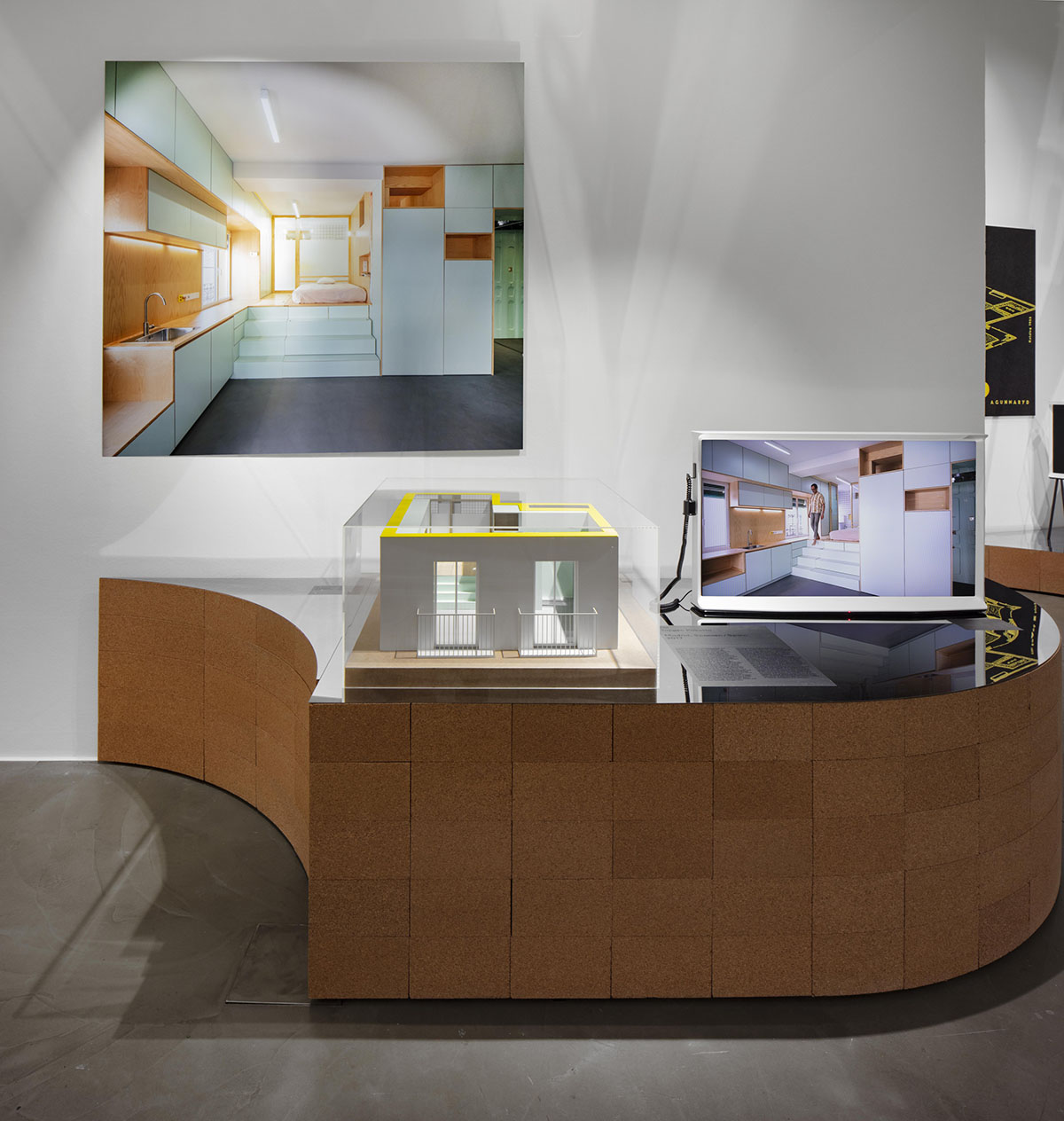 From current issues facing the domestic domain – such as the efficient use of dwindling urban space to the blurring of work-life boundaries – the journey includes our fascination with loft-living in the 1970s, the shift from formal to informal dwelling in the 1960s, the rise of household appliances in the 1950s, and the introduction of open-space planning in the 1920s. 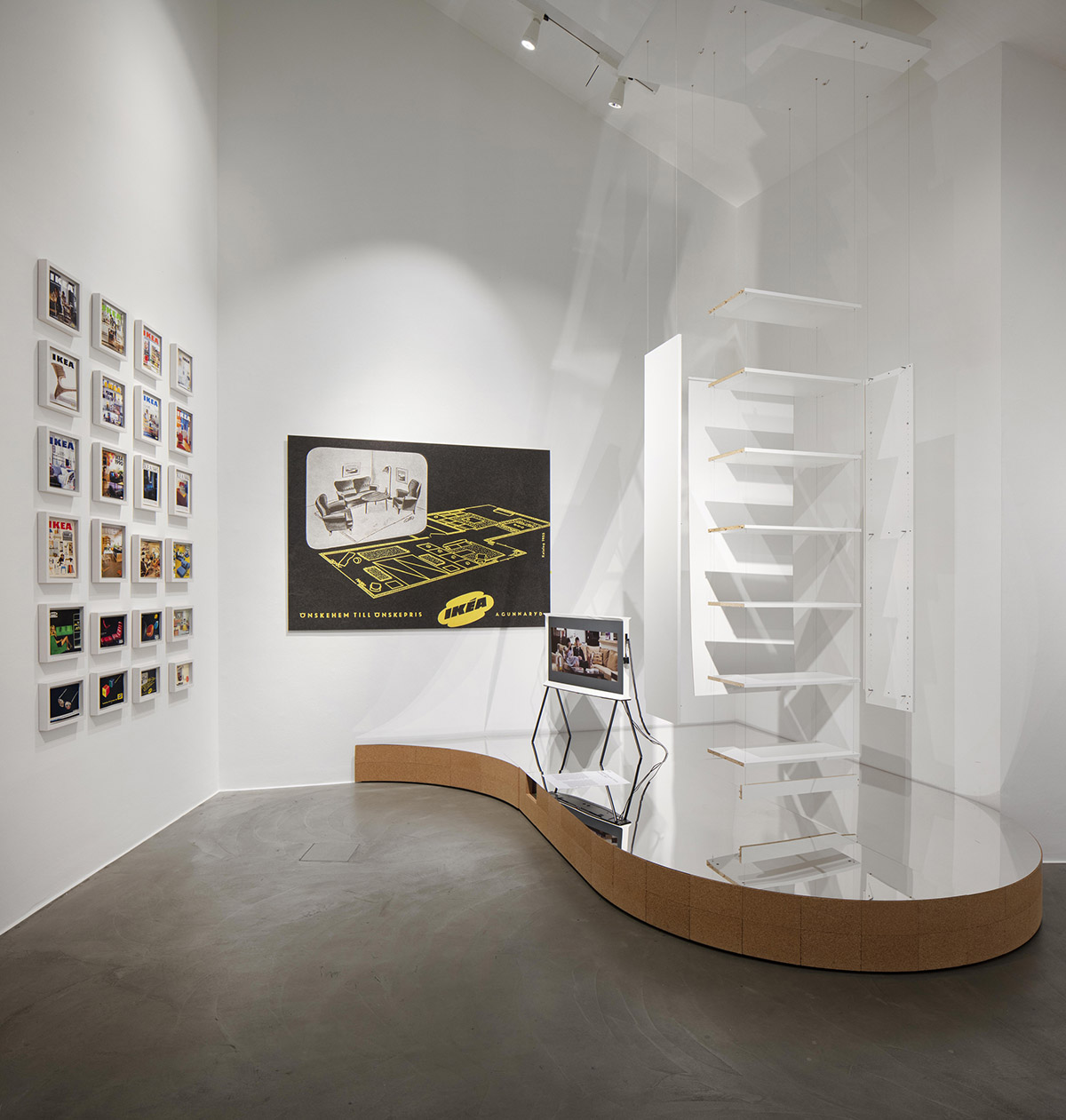 "Today, interior design for the home sustains a giant, global economy of furniture, textiles, decoration, and lifestyle accessories. Both past and present trends from the world of domestic interiors feed an entire branch of the media, including magazines, television programming, blogs, and social media channels," said Vitra Design Museum.

"However, while the question of housing has become the topic of lively public debates, the domestic interior is found to be increasingly lacking in serious discourse."

"This is even more surprising since interiors reflect some of the most pressing issues of our time. It is time to review the interior design of our homes." 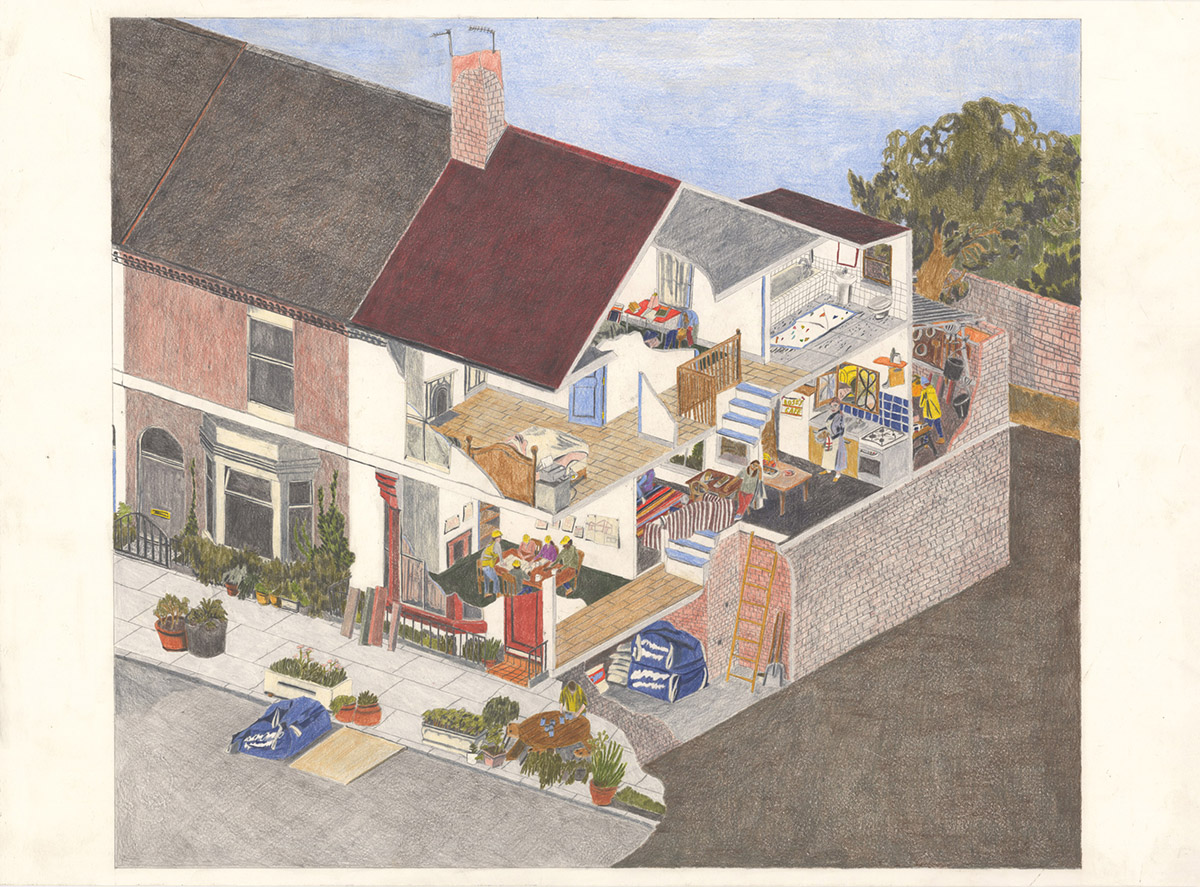 Home Stories exhibition wants to reignite the fundamental discourse about the discipline of interior design. With works by outstanding designers, architects, and artists, Home Stories reflects on how interior design has always been inspired, enriched, and shaped by other disciplines, including not only architecture and product design, but also the fine arts and stage design. 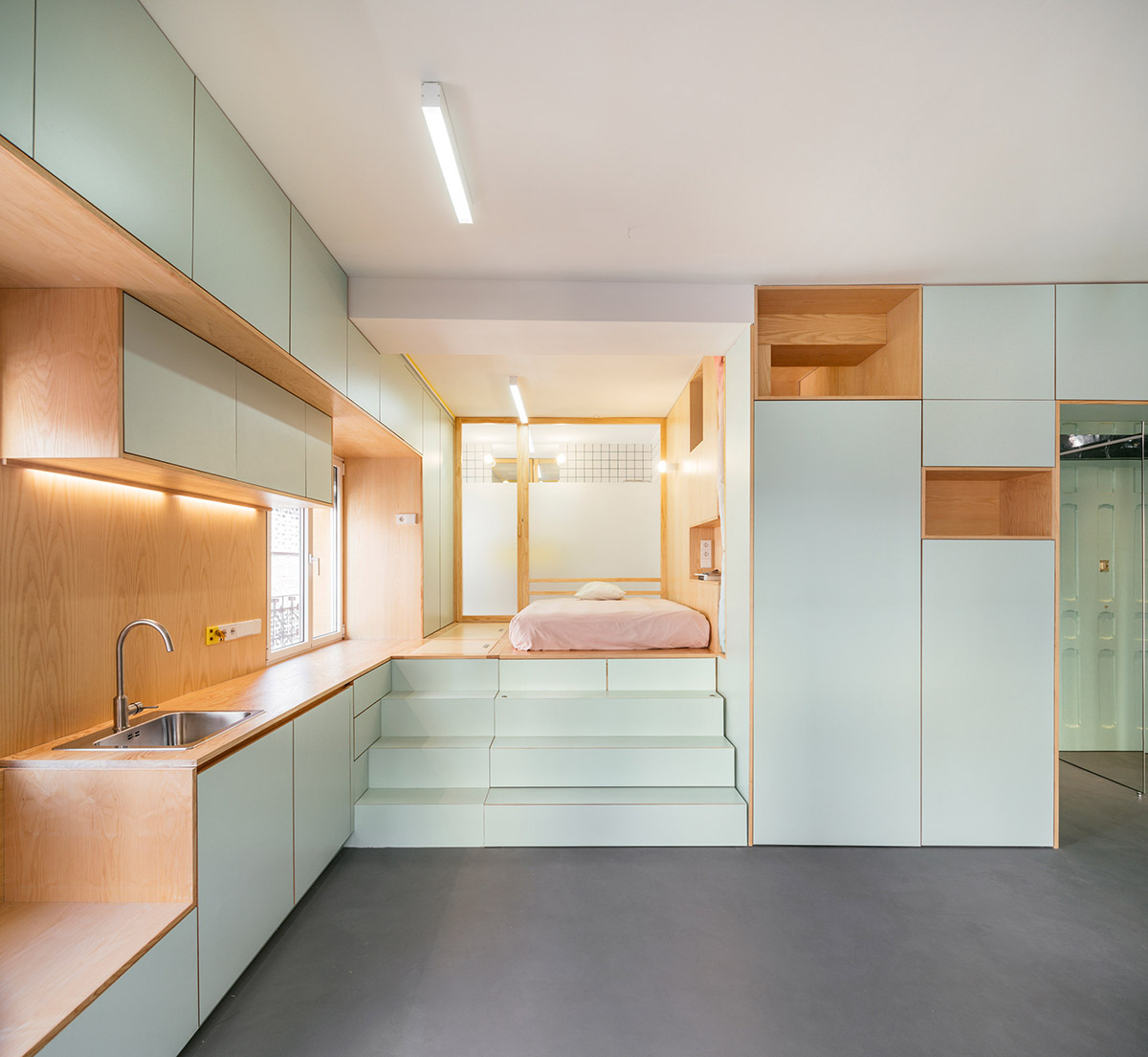 The exhibition starts with a look at a few selected contemporary interiors which reflect the radical shifts in private interiors that we are currently experiencing.

As an answer to rising property prices and the resulting shortage of affordable living space, micro-housing design utilizes built-in and convertible furniture. 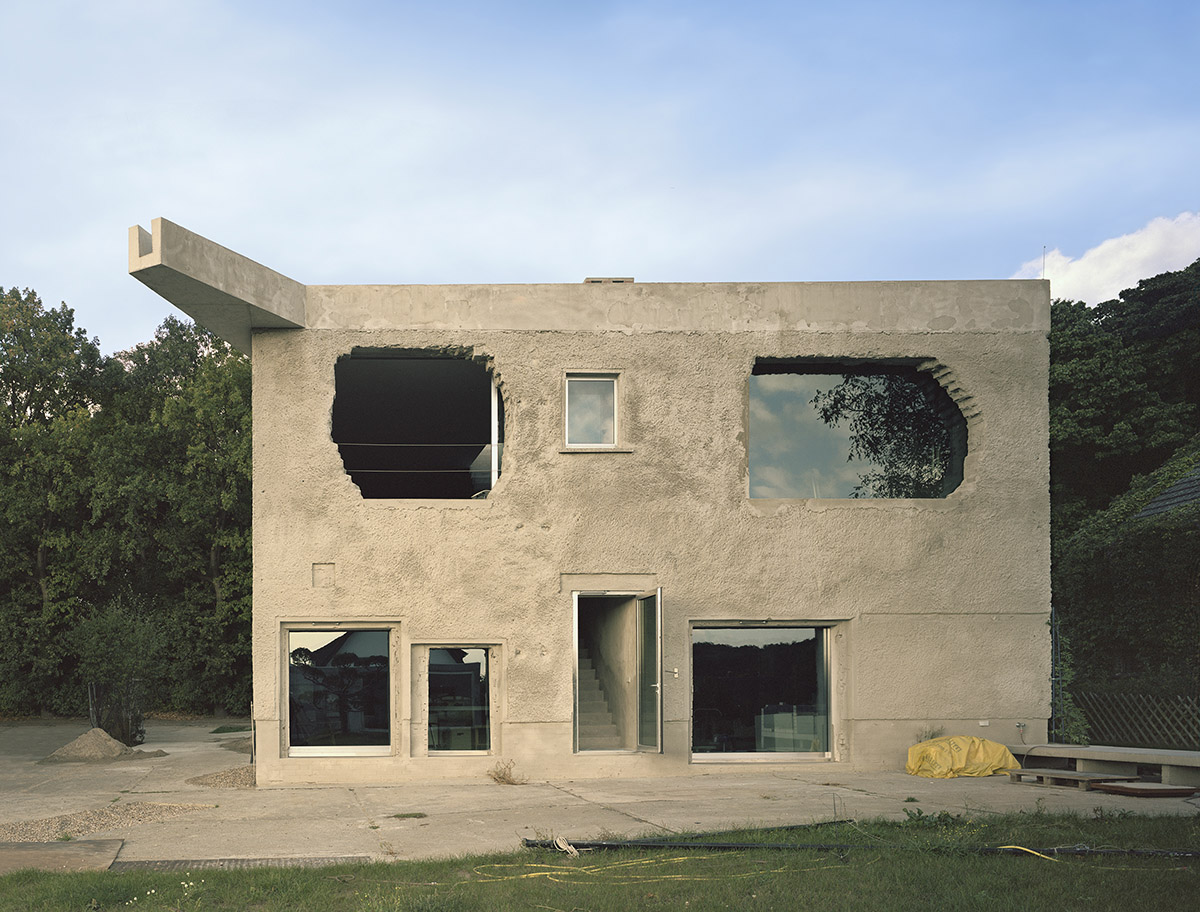 This can be seen in "Yojigen Poketto" (which translates to 4D pocket), an apartment designed by the architecture studio Elii in Madrid (2017). At the same time, innovative conversion projects, such as Arno Brandlhuber’s "Antivilla" near Berlin (2014) – which uses textiles as movable space dividers – offer strategies for efficiently optimizing space and reflect a new definition of comfort and luxury which is based on simplicity and the language of material. Another societal change which is reflected in interior design is the increasing relevance of the sharing economy.

One example for this is the project "Granby Four Streets Community Housing" in Liverpool (2013 – 17) initiated by the multidisciplinary collective Assemble. In close collaboration with the prospective inhabitants, Assemble saved a Victorian terrace of houses from urban decay, gutted and redesigned the interiors for contemporary needs, and helped establish a workshop that reuses building materials to create furnishings for the new spaces. 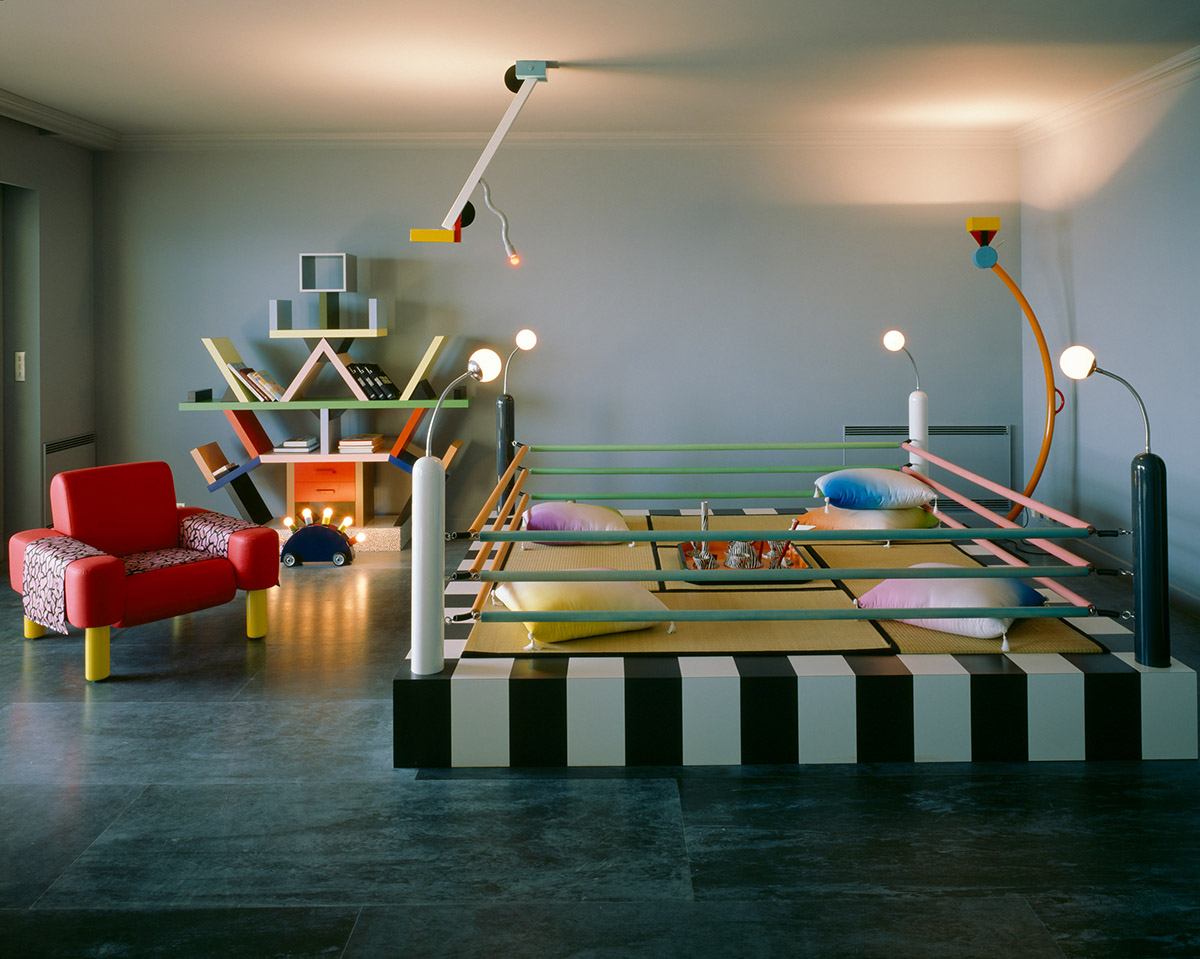 The second section of the exhibition looks at the radical shifts in interior design from the 1960s to the 1980s. With the spread of postmodernism, designers began to reflect on the symbolic meaning of furnishings, patterns, and decorations, most famously embodied in the works of the design group Memphis. A passionate collector of Memphis designs, fashion designer Karl Lagerfeld turned his apartment in Monte Carlo into a postmodern Memphis showroom in the early 1980s.

During the two previous decades, the era’s general social upheavals were reflected in the private interior. In collaboration with philosopher Paul Virilio, architect Claude Parent introduced the concept of "the oblique" to interiors to counter the predominant neutral, cube-like spaces prevalent at the time.

Parent furnished his own apartment in Neuilly-sur-Seine, France (1973) with built-in, multifunctional inclined planes that could serve interchangeably as seating, dining or workspace, or a daybed. 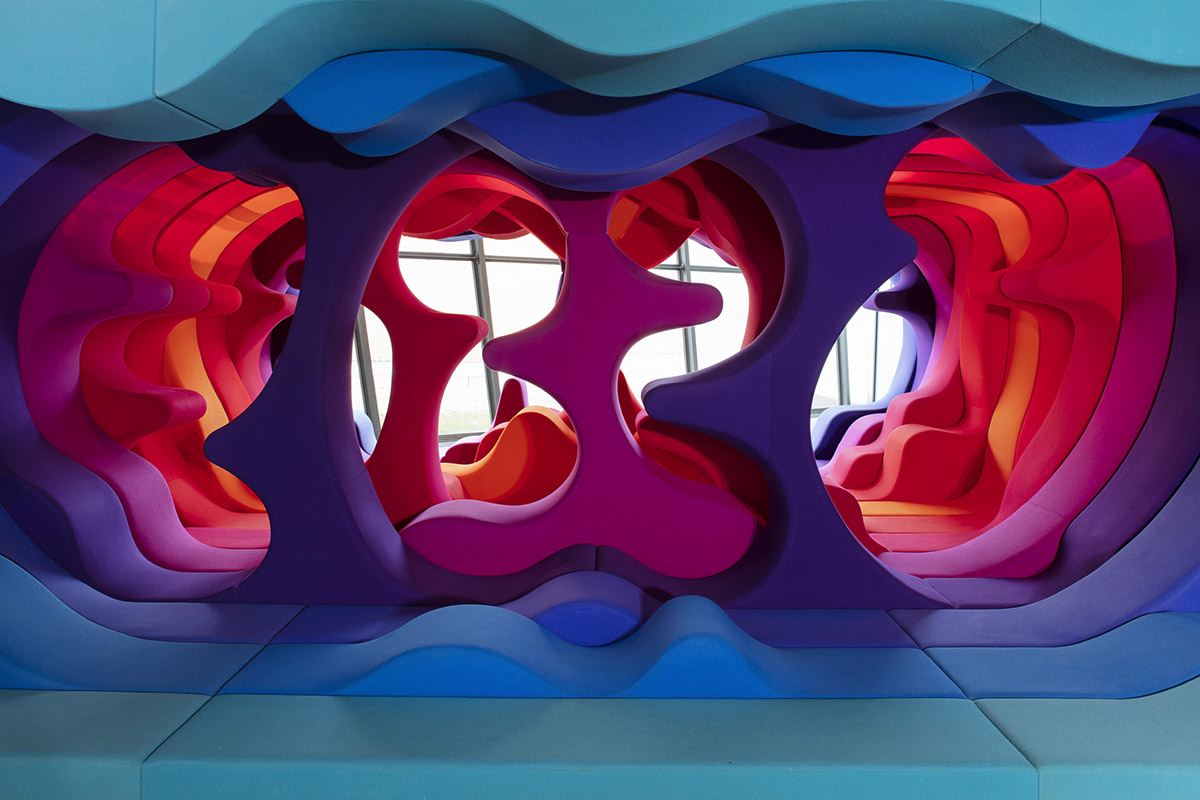 Two works in the exhibition that present the radical ideas of 1960s and ’70s interior design can be accessed by visitors. Verner Panton’s legendary "Fantasy Landscape" (1970) consisted of upholstered elements in different colors that formed a cave-like tunnel. As an extension of the exhibition outside the museum building, a reconstruction of this spectacular installation is presented in Zaha Hadid’s Fire Station building on the Vitra Campus.

In front of the museum, George Candilis’ "Hexacube" micro-house (1971) demonstrates how prefabrication, modularity, and mobility shaped notions of domesticity. 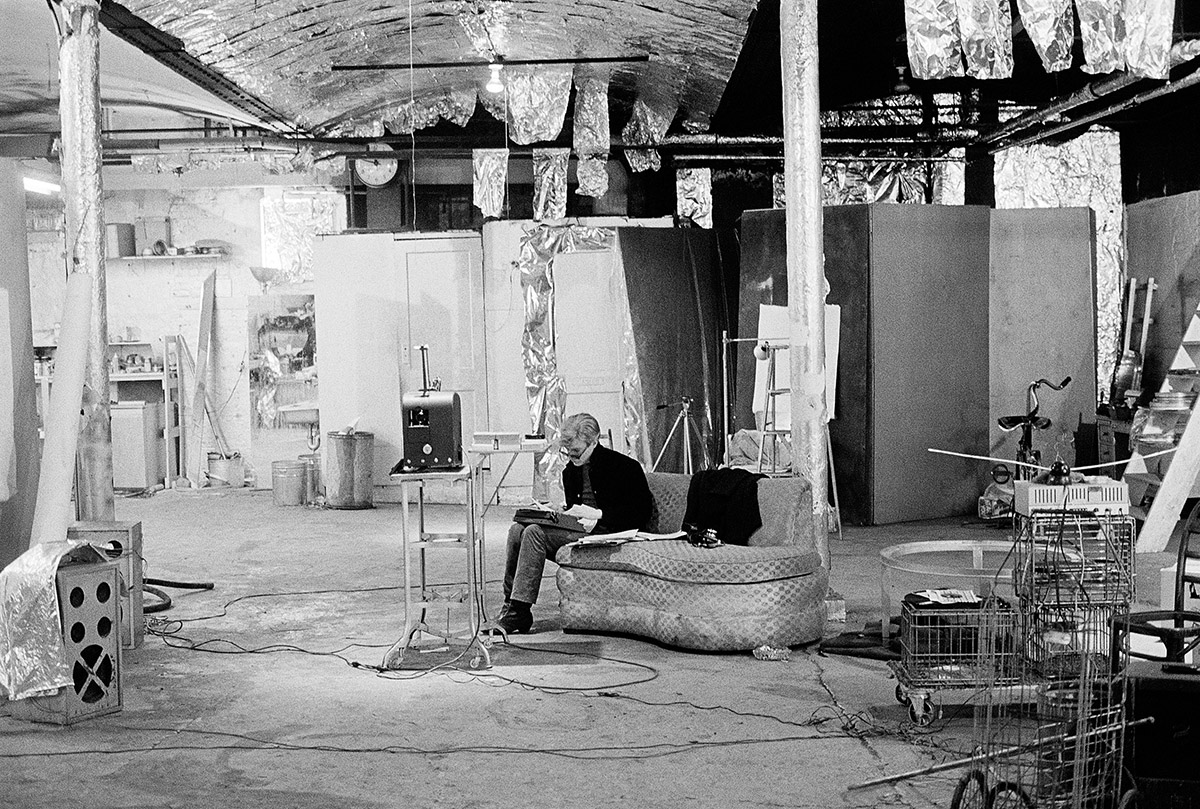 Andy Warhol’s New York Silver Factory (1964 – 67) evolved as a prime example of early loft-living and became an almost mythical symbol of the artist’s studio as an ideal combination of living- and workspace. 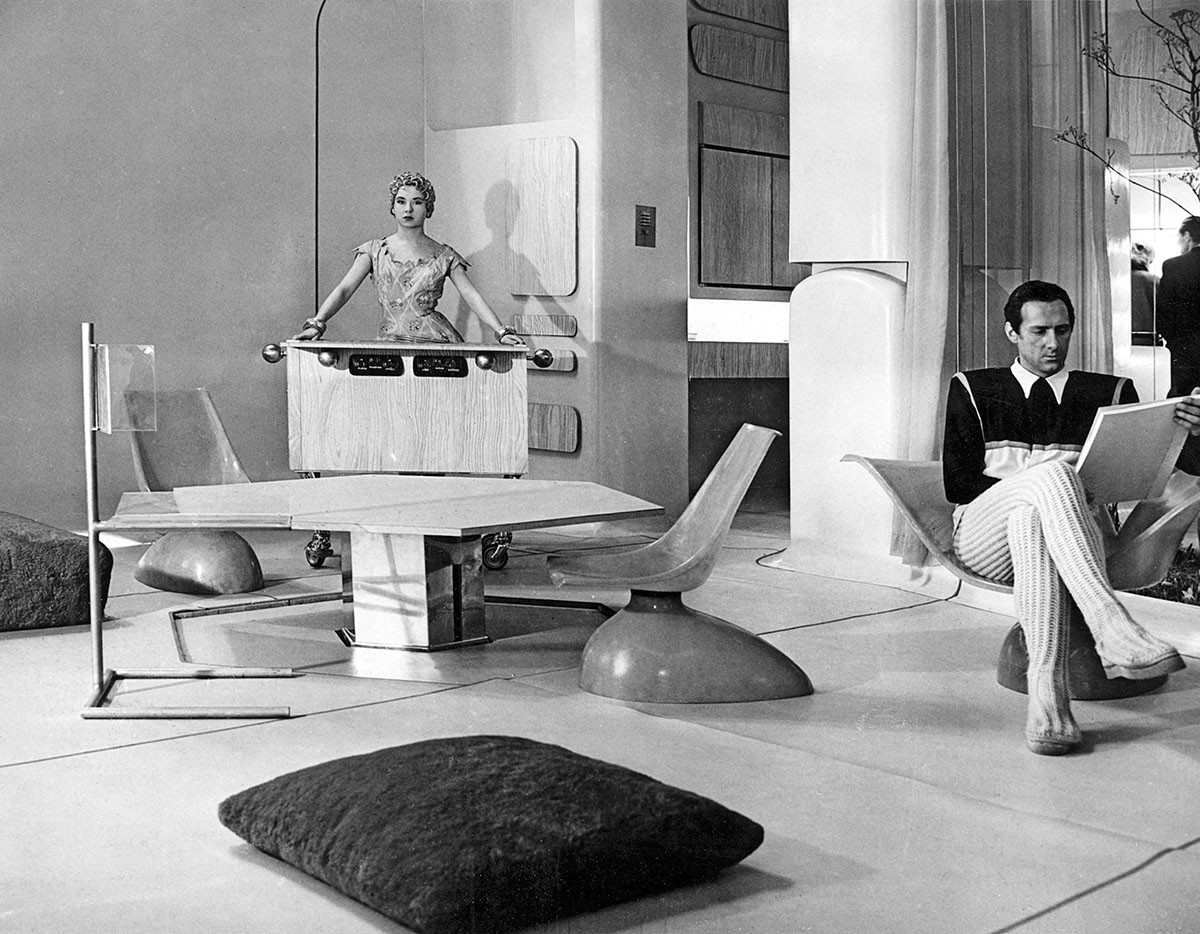 Another decisive era in the formation of the modern interior were the post-war years, when the modern interior design style that had been developed before World War II entered the domestic realm of an increasing number of people in the Western world.

During the Cold War, the political competition between East and West crystallized around the question of living standards, culminating in the famous "kitchen Debate" between Richard Nixon and Nikita Khrushchev that took place in an American prefabricated house displayed in Moscow in 1959.

Leading up to this, the mid-twentieth century saw the language of the modern interior become more refined, and approaches to interior design emerged that are still relevant today. The "House of the Future" designed by Peter and Alison Smithson for the Ideal Home Exhibition in London in 1956 embraced prefabrication methods and household automation, including the latest kitchen appliances and a self-cleaning bath. 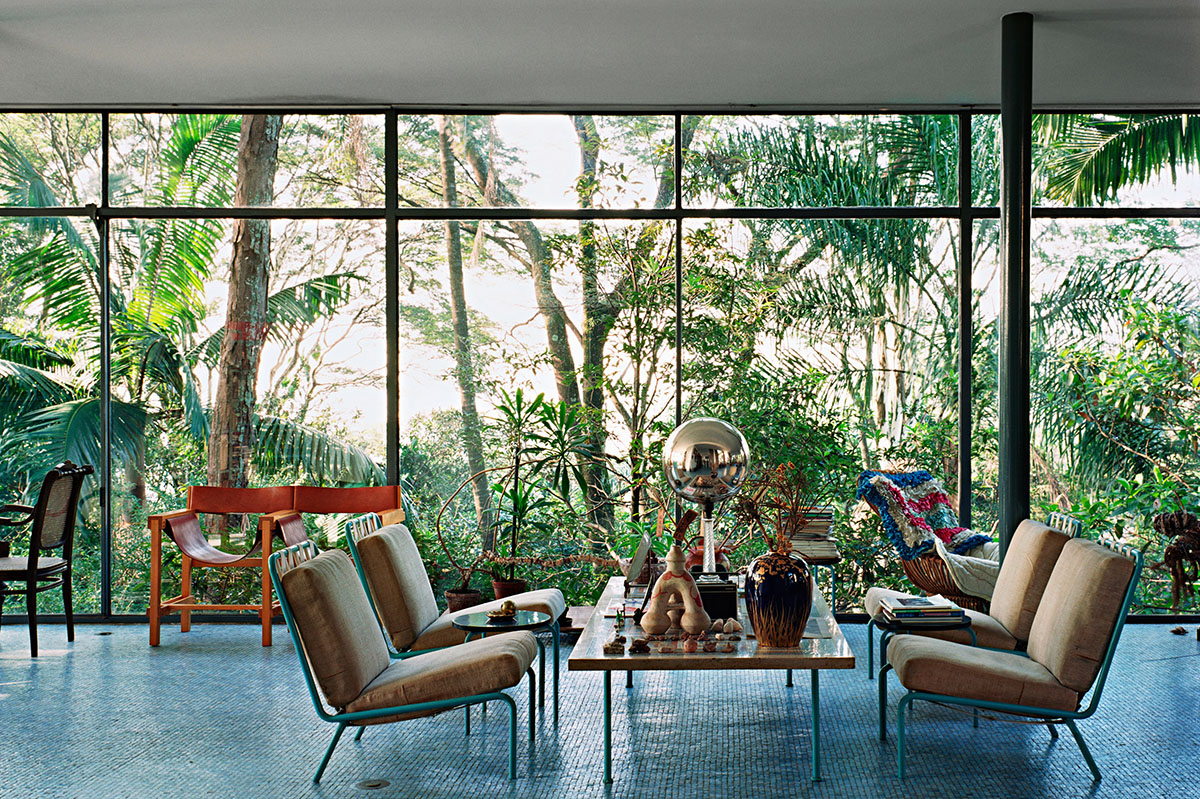 By combining modern forms and materials with a feeling of "homeliness", Scandinavian interiors became increasingly influential around the world, as exemplified by the private residence of architect Finn Juhl and his house in Ordrup, Denmark (1942). Juhl used his own home to test the furniture he designed, to explore how it would work as part of an interior.

Moreover, "living with nature" and the "fluid boundaries" between indoors and outdoors became key topics for architects like Lina Bo Bardi and her Casa de Vidro in São Paolo, Brazil (1950/51). 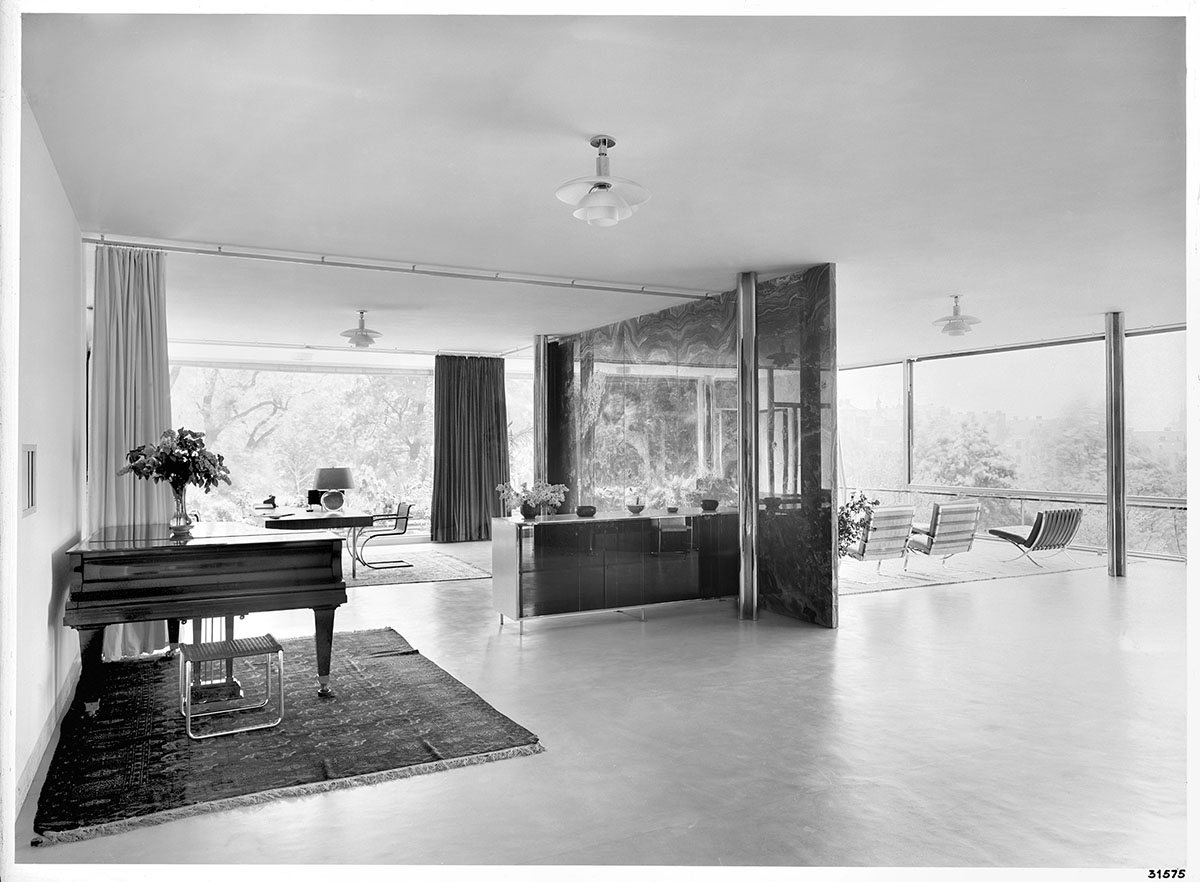 The 1920s and ’30s saw the emergence of several key concepts of domestic space and interior decoration that still dominate our interiors today. In these early years of modern design, much different from today, the private interior stood at the centre of architectural debate. This is exemplified on a very large scale by the public housing programme "Das Neue Frankfurt" (1925 – 30). Directed by architect Ernst May it included not only the famous Frankfurt kitchen by Margarete Schütte Lihotzky (1926) but also affordable furniture designed by Ferdinand Kramer and Adolf Schuster.

While May pursued a strong social agenda, other architects radically reinvented the distribution and versatility of domestic space. In his Villa Tugendhat in Brno, Czech Republic (1928-30), Ludwig Mies van der Rohe created one of the first houses based on an open-plan concept, with fluid spaces in which carefully placed furnishings and textiles created islands for different uses. 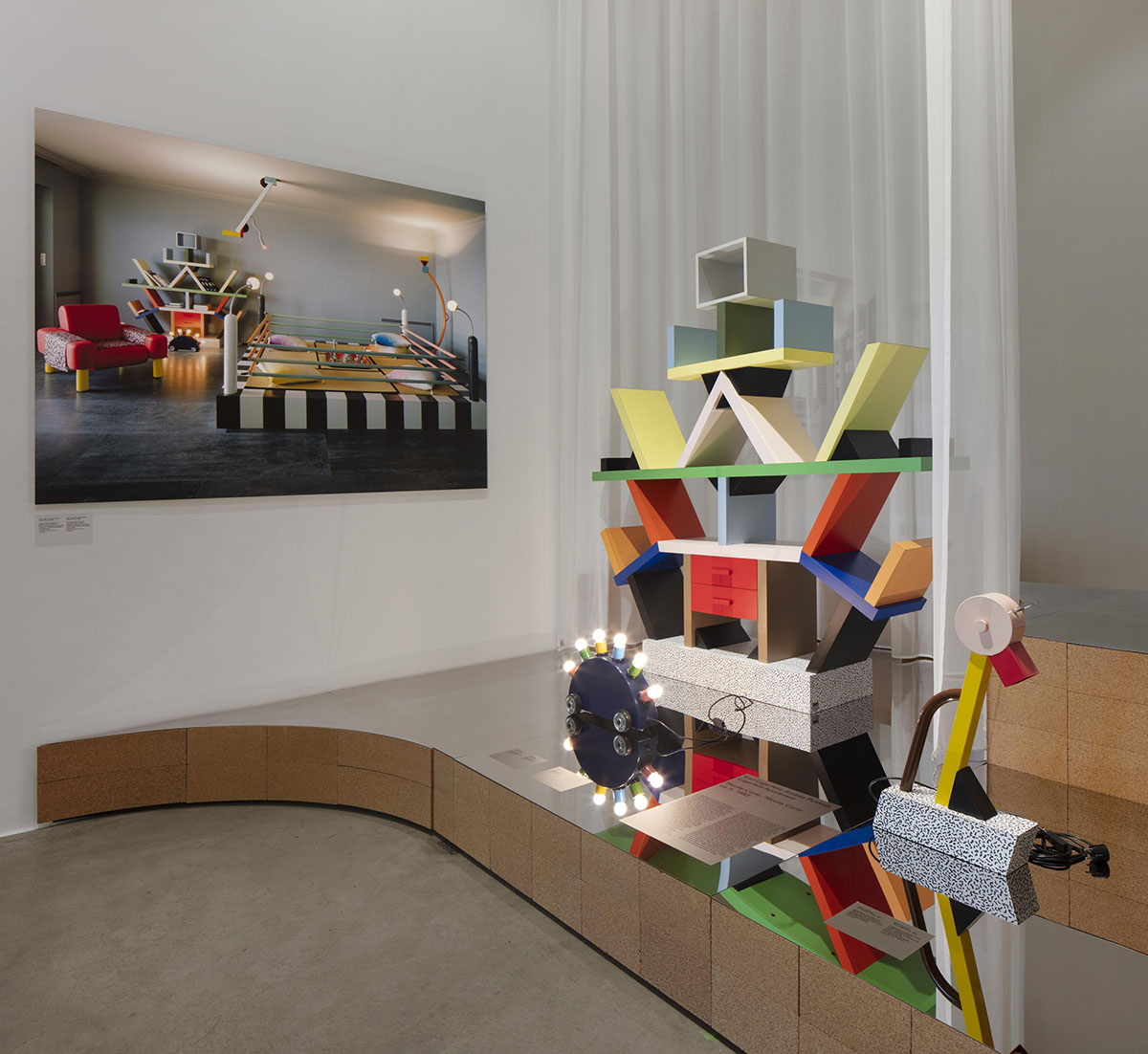 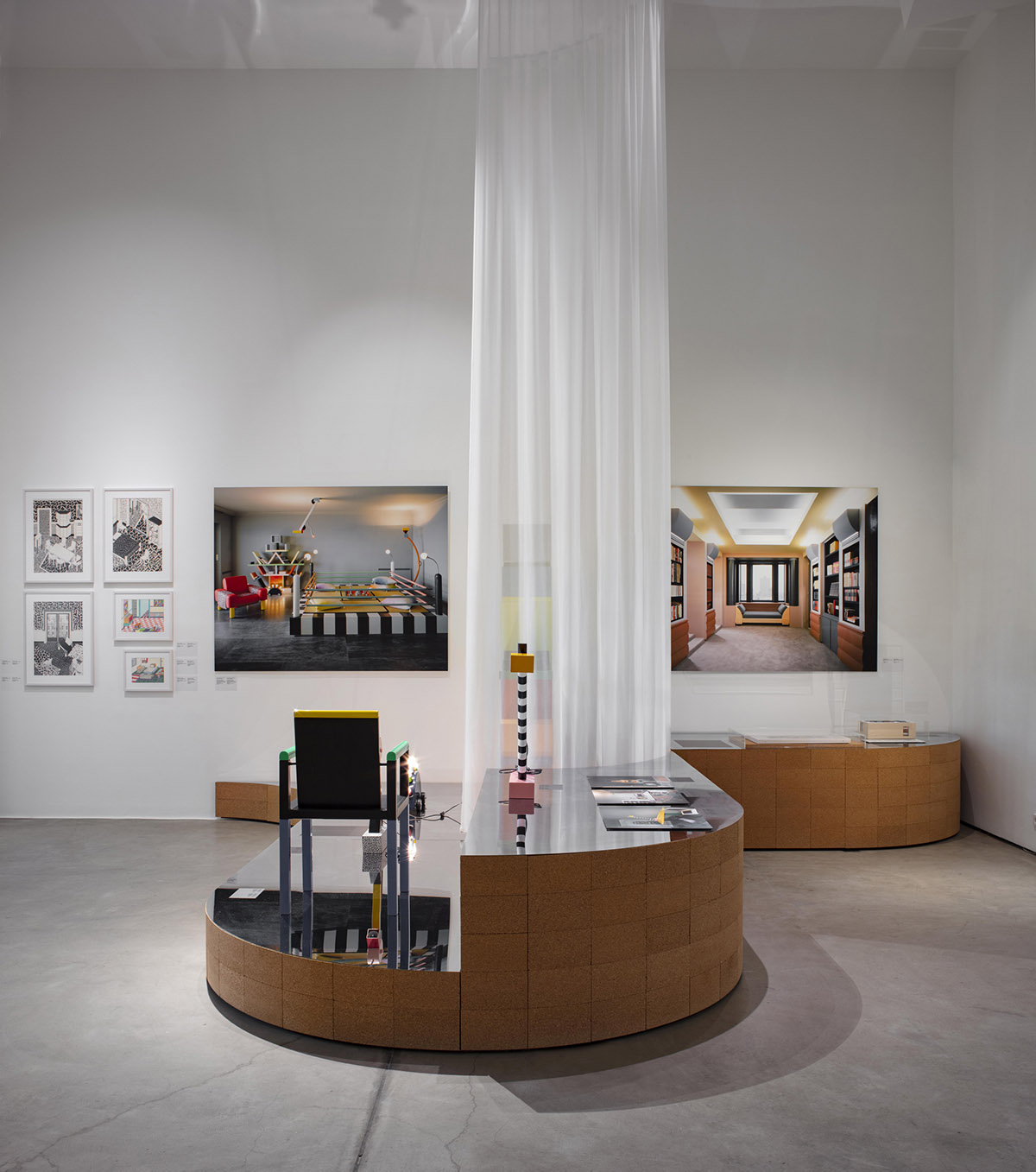 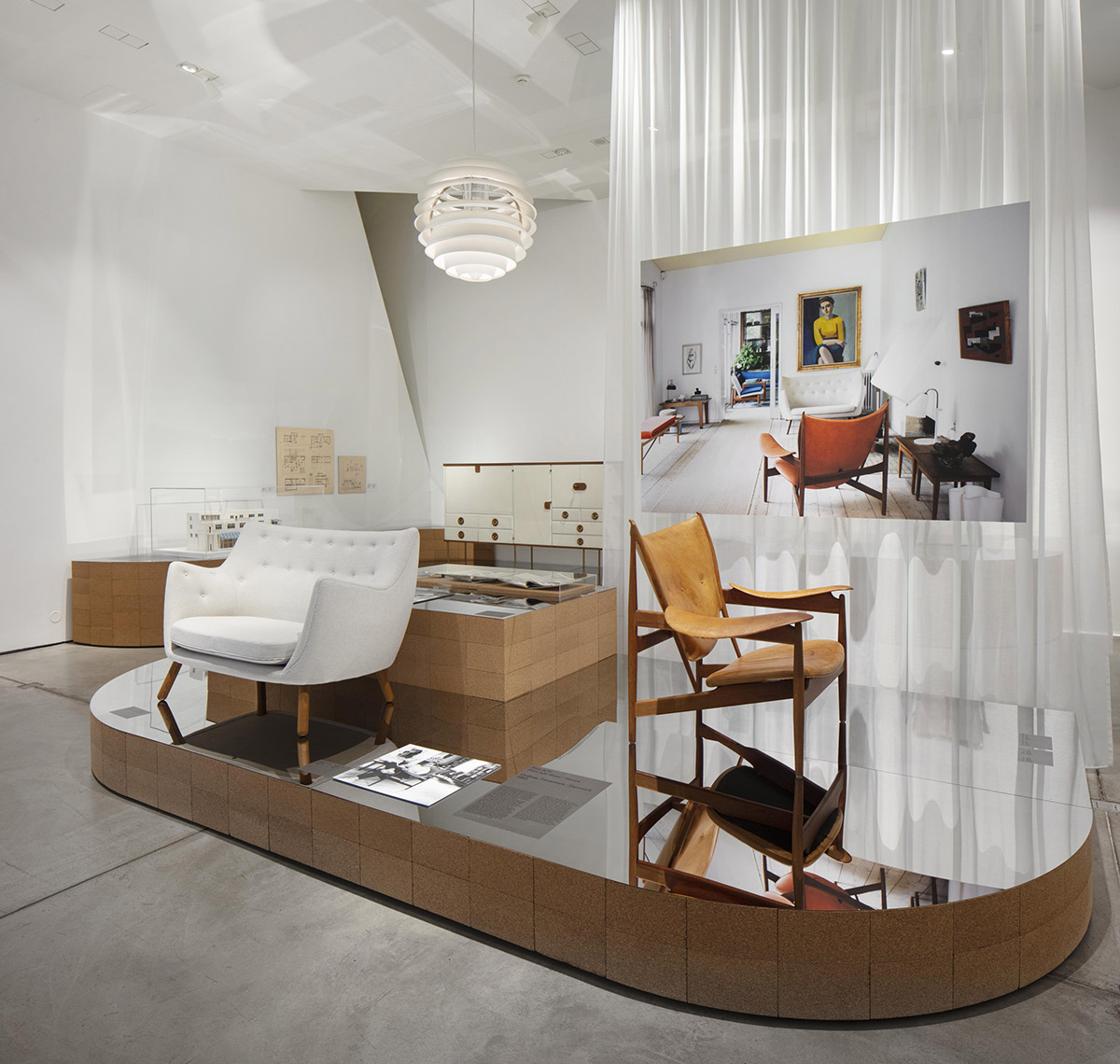 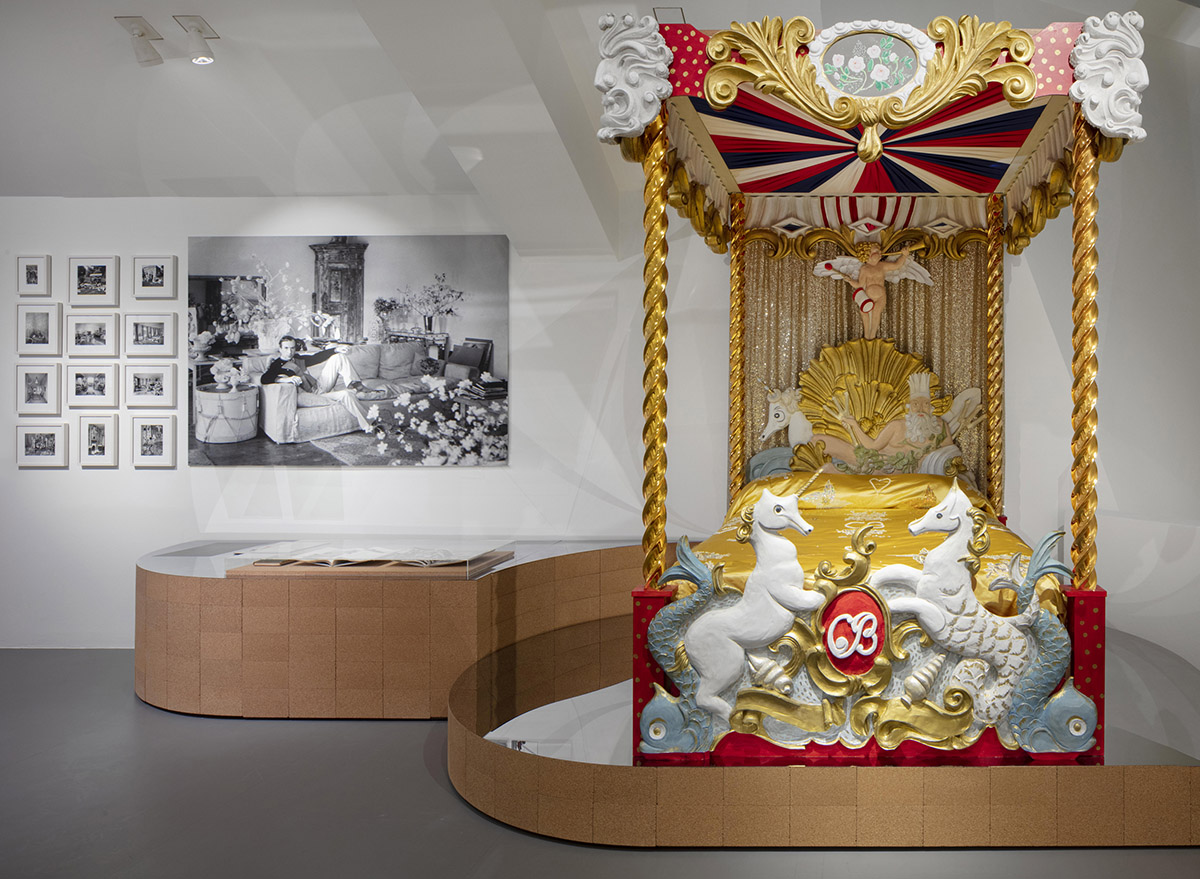