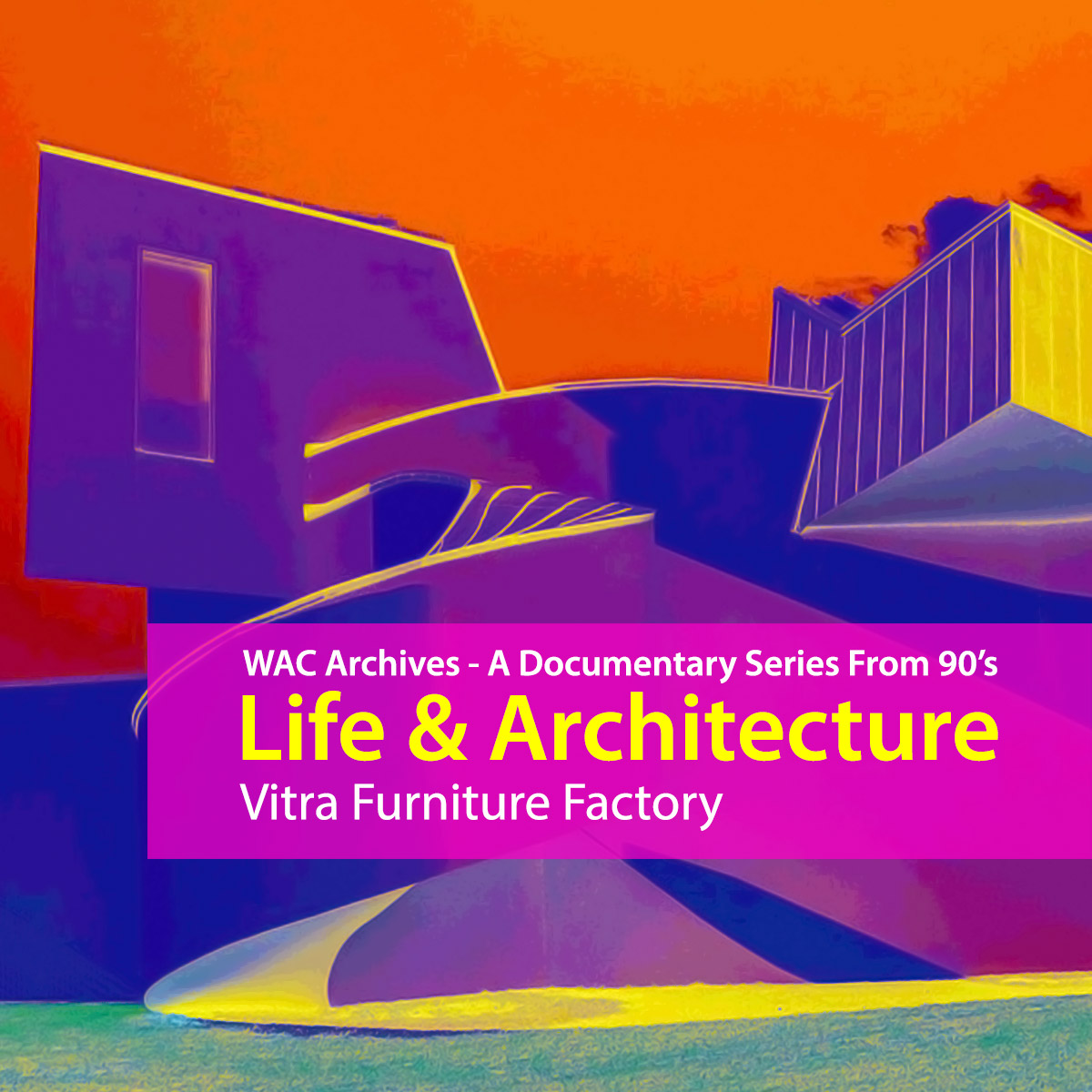 World Architecture Community has released its seventh exclusive documentary exploring the design story behind the Vitra Furniture Factory in Weil am Rhein, Germany, as part of WAC's exclusive Life & Architecture series which was announced on April 23, 2020.

Commissioned by a Swiss family-owned furniture company Vitra, the Vitra Campus was established in the 1980s by collaborating with prominent architects to design the campus' different facility buildings, including Herzog & de Meuron's VitraHaus showroom, the Vitra Design Museum by Frank Gehry (built in 1989), a conference hall by Tadao Ando (built in 1993), a fire station by the late Zaha Hadid (built in 1993) and a production facility and cover bridge by Portugese architect Álvaro Siza (built in 1994).

The design story of the Vitra Campus started with a tragic moment where a fire destroyed the majority of the conventional production facilities of Vitra in 1981. Then Vitra commissioned Nicholas Grimshaw as the first architect to create a building on the campus in 1981. In 1983, Grimshaw designed a second factory hall that is nearly identical to the first on the campus.

This episode explains how Vitra, a German furniture design and manufacturing company, supports innovative architecture through employing cutting-edge contemporary architects. The 20-minute documentary includes an exclusive interview with Rolf Fehlbaum, Chairman Emeritus and Active Member of the Board of Directors of Vitra.

"Work-concept is alone pretty flat and has a narrow scope. However, a company with a cultural theme is more attractive," said Rolf Fehlbaum in the interview.

"We had the insight that it is more interesting now to work with several architects. Most of them are industrial architects. Some are the best."

"We thought that this time, a more complex environment would be more appropriate. Therefore, we wanted to include contributions of different architects."

"Instead of adaptation and harmony which is typical to more traditional, industrial architecture, we wanted conflict, contrast, opposition and some tension."

"Moreover, what we had in mind was not only to create an industrial center but also to bring public, private, cultural and commercial spaces together," Fehlbaum added.