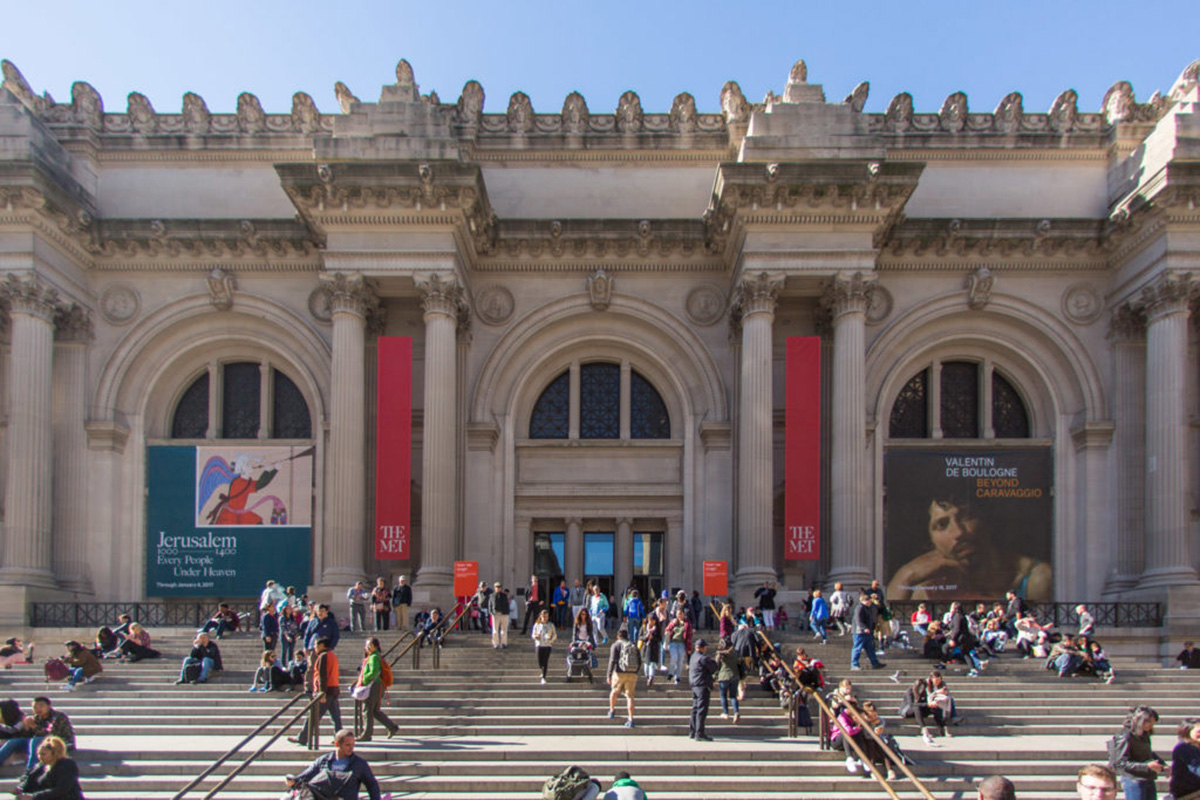 The Metropolitan Museum of Art has announced that it will temporarily close its doors in response to efforts to the spread of coronavirus (Covid-19) in New York.

Officially announced in the institution's website on March 12, the institution stated that "it will temporarily close all three locations—The Met Fifth Avenue, The Met Breuer, and The Met Cloisters—starting from March 13, to support New York City's effort to contain the spread of COVID-19."

"The Museum will undertake a thorough cleaning and plans to announce next steps early next week."

The Met, one of the world's largest and finest art museums, is taking its own precautions like other organizations, schools, institutions in such places where large gatherings or groups' visits take place.

"The Met's priority is to protect and support our staff, volunteers, and visitors, and we have been taking several proactive precautionary measures, including discouraging travel to affected areas, implementing rigorous cleaning routines, and staying in close communication with New York City health officials and the Centers for Disease Control," said Daniel H. Weiss, President and CEO of the Museum.

"While we don't have any confirmed cases connected to the Museum, we believe that we must do all that we can to ensure a safe and healthy environment for our community, which at this time calls for us to minimize gatherings while maintaining the cleanest environment possible."

"We look forward to soon announcing when we'll be able to welcome our staff and visitors back to the Museum," added Weiss.

The Met is developing urgent operational plan to support its staff

The museum also stated that it is preparing an urgent operational plan to support its salaried and hourly staff working inside.

"The Museum has been preparing for this possibility for several weeks, and has developed an operational plan that is now being put in place, which includes provisions to support salaried and hourly staff," said the Met.

Founded in 1870 in New York, The Met is the largest art museum in the United States. It is the first museum in the city announcing its closure in response the coronavirus outbreak.

The Museum's main location is on the Fifth Avenue, while the other - The Met Breuer- is on 945 Madison Avenue and The Met Cloisters is  on 99 Margaret Corbin Drive, which are all now closed.

US institutions, design centers, schools respond to the outbreak fastly

Harvard GSD, Columbia GSAPP, The Cooper Union are a few of the US schools canceling its public programs and shifting their curriculum to online coursework.

Currently, the AIA Philadelphia has announced that it will close its doors to the public until April 15, 2020 and Cooper Hewitt and all Smithsonian museums, including the National Zoo also will temporarily be closed to the public starting Saturday, March 14.

The AIA Philadelphia stated that "all committee meetings and events have been postponed, are happening remotely, or have been cancelled. Exhibitions currently on view will not be able to be viewed by the public until April 15, 2020. Private events may continue to occur on a case-by-case basis."

In addition, SFMOMA has made a decision to close the museum, and its stores and restaurants, from March 14–28, 2020, and to postpone or cancel all events, tours, and programs during this time in its recent announcement. AIA New York and Center for Architecture will be closed to the public starting this Friday, March 13 and will remain closed through Saturday, March 28.

The Museum of Modern Art will also close its doors, with MoMA PS1, and the MoMA Design Stores on 53rd Street and in Soho, effective immediately, through March 30, 2020.

US is one of the affected countries and the seventh country that has the most Covid-19 cases after China, the origin of the outbreak. At the time of the writing, 1,701 cases have been detected and 40 deaths have been reported in the US until now, including Washington, California, Florida, Georgia, New Jersey and South Dakota.

Top image: The Met, courtesy of The Met