In 2019 IPCC published the report, which proved that we were already late and ineffective in our efforts to drop our carbon emissions to recommended levels and revealed a very striking scenario of our planet. According to this report, we would need to decrease our emissions by half by 2030 and reach Zero Carbon by 2050. As our time decreases day by day, cities, communities, private and public entities increased interest in becoming carbon positive. The building sector alone, including operational and embodied carbon sources, makes up more than 60% of the Global CO2 emissions. To counter this, sensible architects, engineers, contractors, and manufacturers have joined the Architecture 2030 challenge. Architecture 2030, as they state on their website, is a non-profit, non-partisan and independent organization established in response to the climate change crisis in 2002. It publishes media content, engages communities, local, national governments as well as international organizations to achieve a substantial reduction in energy consumption and GHG emissions of the built environment and advance the development of sustainable and equitable buildings and communities. Through these efforts, the organization also organizes meetings, seminars, and conferences like Carbon Positive 2020 to bring, connect and engage professionals and students to create a community of people that shares ideas and works together to reach goals of the Architect 2030 challenge.

The conference was divided into three days of general and break-out sessions, touching on operational, embodied carbon use and sequestration strategies. From design aspects to real estate, and from economy to policy discussions, the seminars covered a wide range of issues. A couple of most notable seminars and speeches include Ed Mazria, CEO of Architecture 2030, MASS Design Group, and Adrian Gill, Adrian Smith Architects. The keynote speech was by Ed Mazria to kick off the conference and pointed out the importance of acting on the climate emergency and target building sector as it is the worst offender. He explained how the perception of carbon-emitting industries did not reflect what we currently face and gave foresight into 2060 and what we face if we change the way we design and build. Even though we now know that 48% of GHG emissions are related to architecture, before 2003 architecture and construction sectors were not talked about in detail, this had changed, especially when experts started looking at the effects of embodied carbon contrary to operational carbon. He pointed out the current mindset we all must acquire is to realize that we are working with a carbon budget of 340 GtCO2, which means we should phase out all GHG by 2040. On how we can start making effective changes in our cities, he went over the concept of Mountains versus the Carpet. Mountains being the mid-high rises of a typical urban city, are only 2.8% of the city building stock but uses 48% of the total energy that a city creates. The carpet, composed of all the low-rise and mostly residential buildings are responsible for the other half of the cities carbon emissions. So by targeting millions of owners, we can target a few owners of large buildings that are guilty of contributing to almost half of carbon emissions in a typical city in the global north. 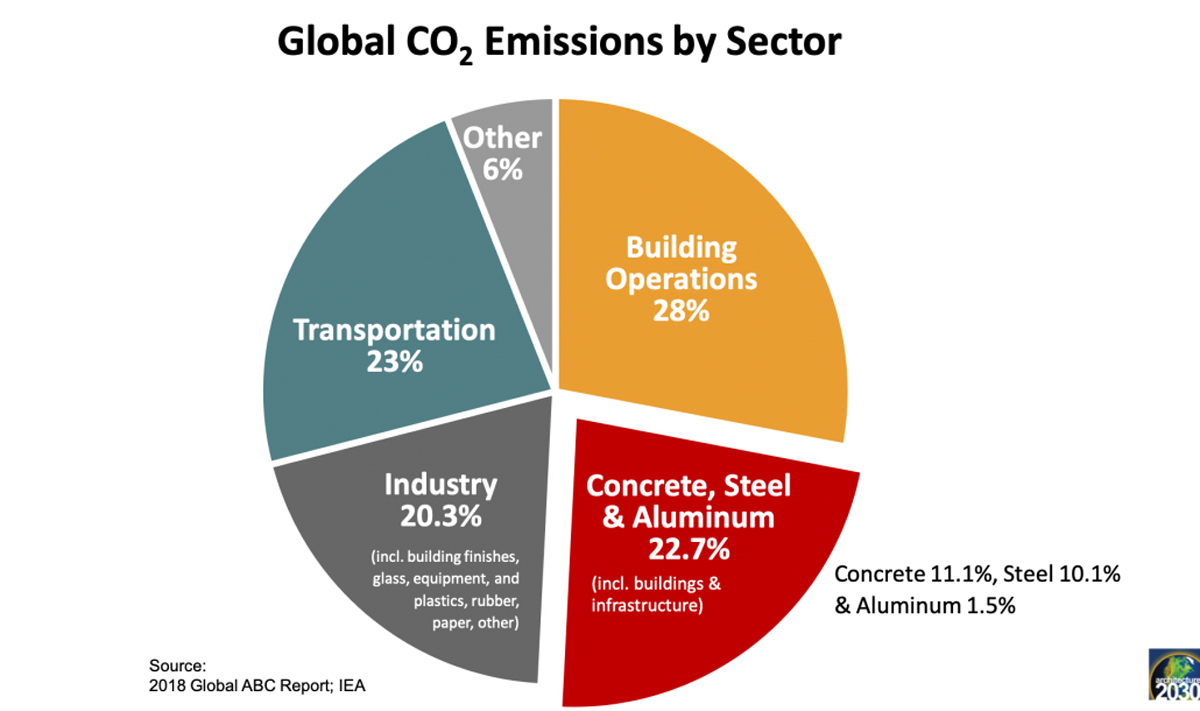 MASS Design Group held one of the sessions on the second day. They talked about their design philosophy and how they were achieving low, zero, or carbon positive building projects by using vernacular building methods techniques, local materials and people to realize a design. They highlight that their aim is not to make sustainable buildings. They focus on making good, clean, fair designs and their designs sustainable as an inevitable result, surpassing many other projects that claim to have sustainability as their number one mission. They point out that the focus should be more on labor and not materials. Their Ilima Primary School project in the Democratic Republic of Congo is a perfect example of how they practice what they preach. From their website, the project is described in these words: "The school’s construction was grounded in the belief that conservation and development are most feasible when communities are allowed to develop in harmony with surrounding natural environments...With all materials sourced from the region and 99 percent of materials sourced from within ten kilometers of the site, the construction of Ilima Primary School resulted in hundreds of thousands of dollars spent regionally. Throughout the project, 120 people were employed from the local community, 20 percent of whom were women. Construction also emitted 307,000 kilograms less carbon than the global average for a similarly sized school project.” 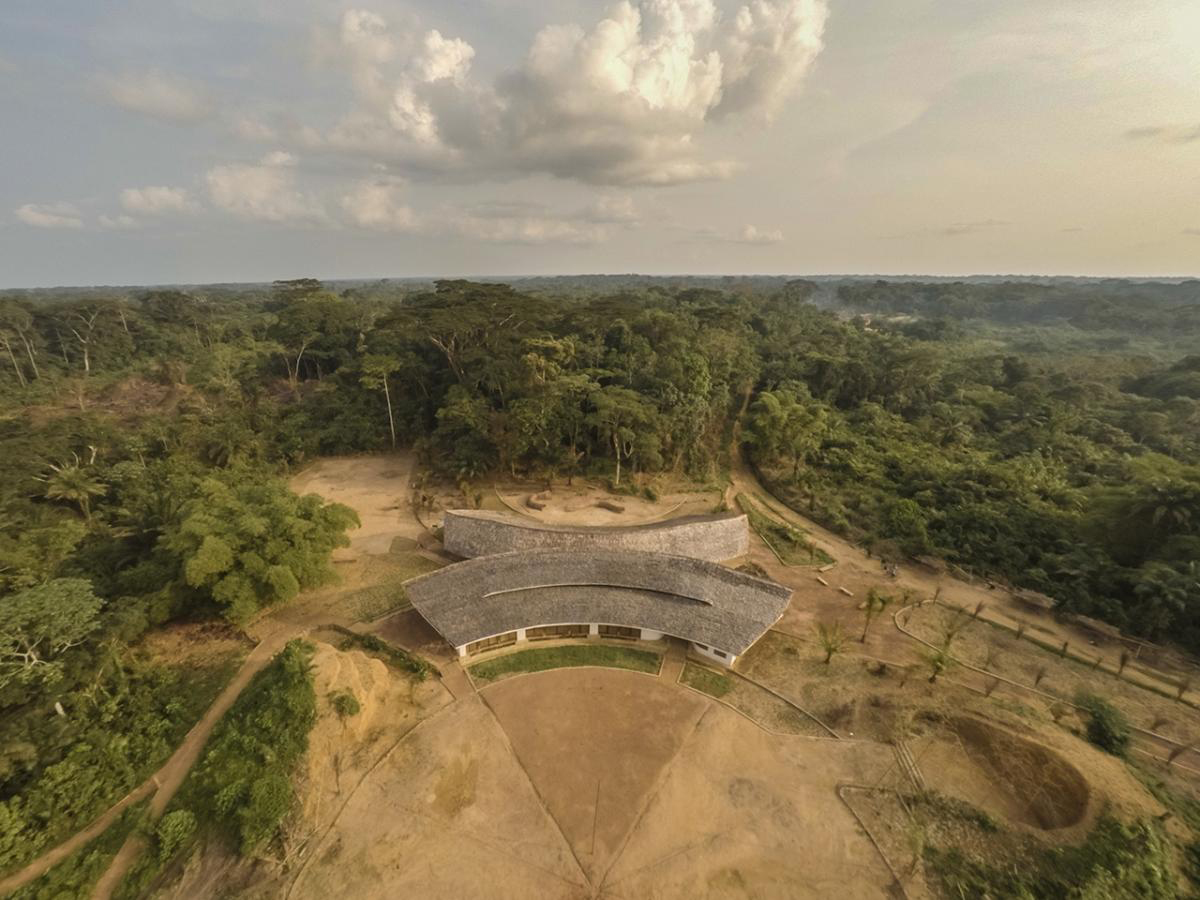 Gordon Gill from Adrian Smith + Gordon Gill Architecture talked on the third and the last day of the conference. His talk revolved around public land use and growth patterns, and how the importance of a flexible, long-term urban and master plan is crucial for large development to take place. He and his firm think of their designs as ecosystems that are parts of a broader ecosystem, rather than trying to achieve a sustainable building in a “controlled environment.” Their projects, many of them being master planning or large scale development projects, put an infrastructure in the center of their design thinking. They prefer to look at the big picture and the big players, work with policymakers to design an infrastructure that makes it available to create a sustainable community and ultimately generate more profit for the client and the architect. With their projects like Masdar Headquarters in UAE and the Great City development in Chengdu, Adrian Smith + Gordon Gill Architecture shows how they accomplish the missions by bringing, policymaking, engineering, and architecture together. 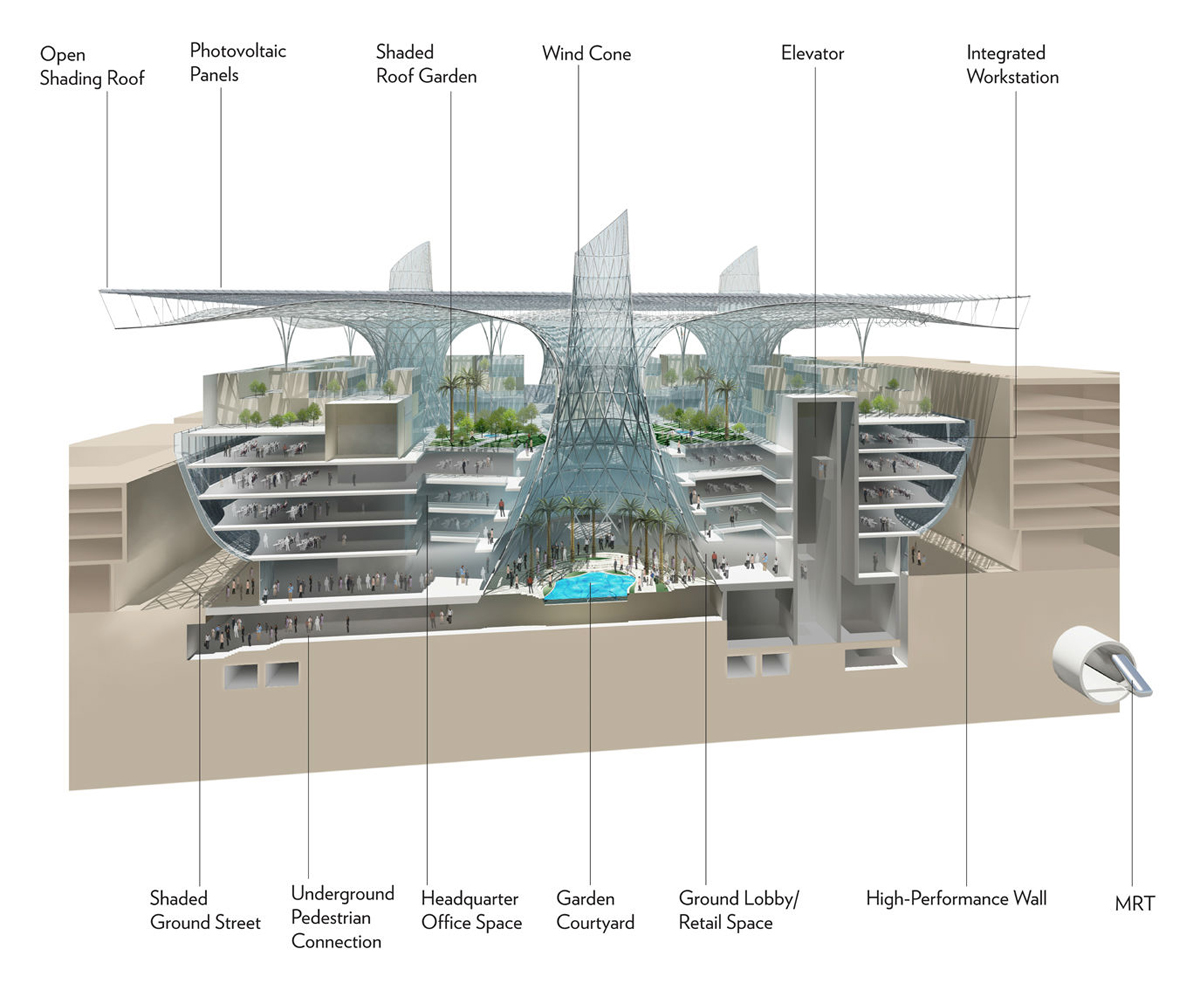 Amidst pandemics, political and social turmoil, climate change continues to be an issue and every day. We put more pressure on our carbon budget and means we have to take more aggressive measures to reverse the effects that global warming and climate change brings. As designers, architects, engineers and builders, our purpose is to offer our clients products that are made honestly, mindfully and in high quality. While doing our job, we must always remember that these purposes are connected to something more significant than the product we design and build. Being the biggest offender on carbon emissions, it is up to us to change the dial from negative, to carbon positive.