"Mackintosh at the Willow", Glasgow is awarded Scotland’s Project of the Year 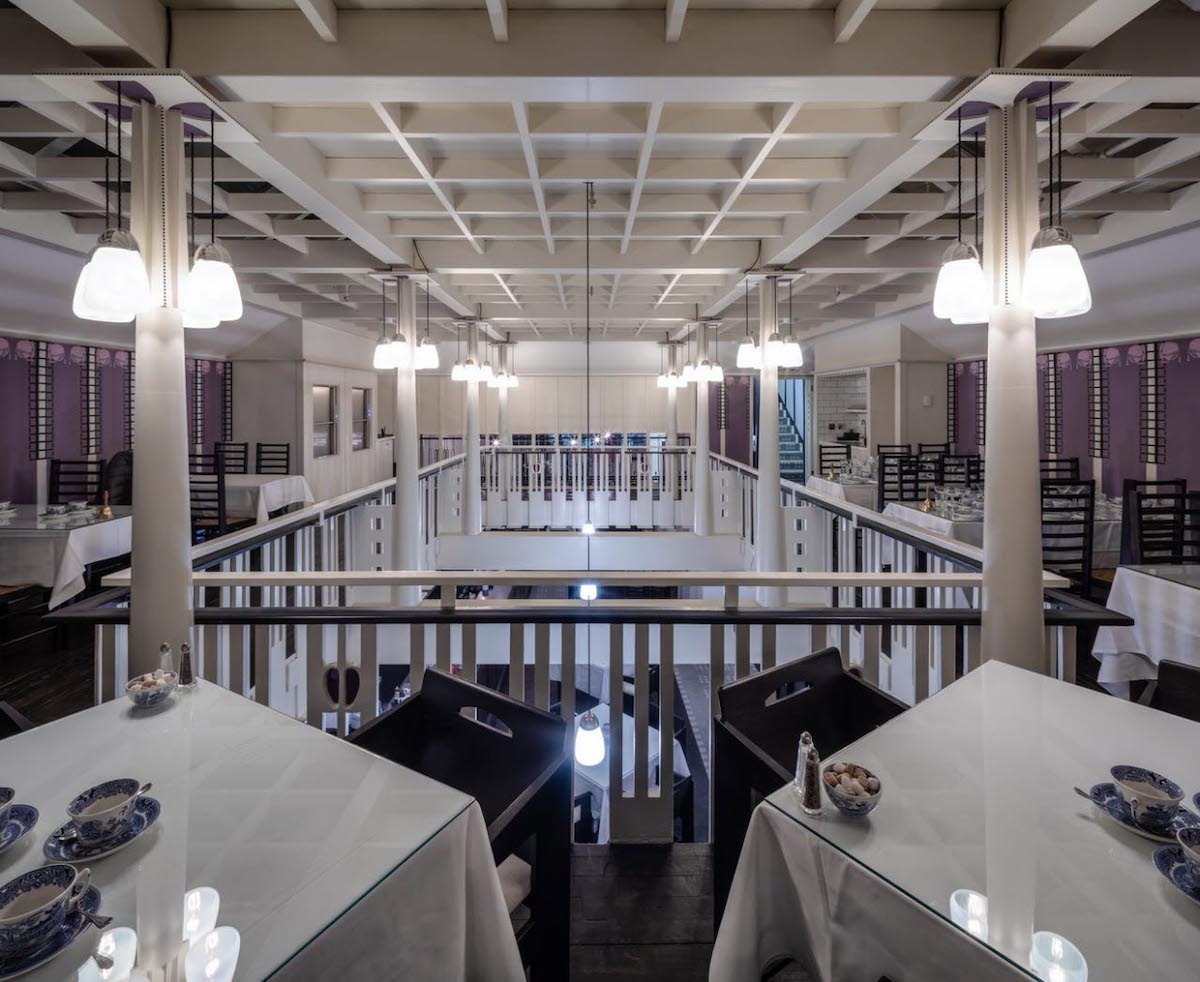 Mackintosh at the Willow in Glasgow, the only surviving tea room of Charles Rennie Mackintosh and his wife Margaret MacDonald, has been bestowed the 2019 Project of the Year: RICS Awards, Scotland.

"Mackintosh at the Willow Tearooms" at 217 Sauchiehall Street is the winner of the highly renowned 'best practice' award, for ensuring its preservation and sustainability for subsequent generations.

Designed in 1903, Mackintosh’s building now provides local employment opportunities as a tea room, and by the creation of a museum, learning centre and events venue. 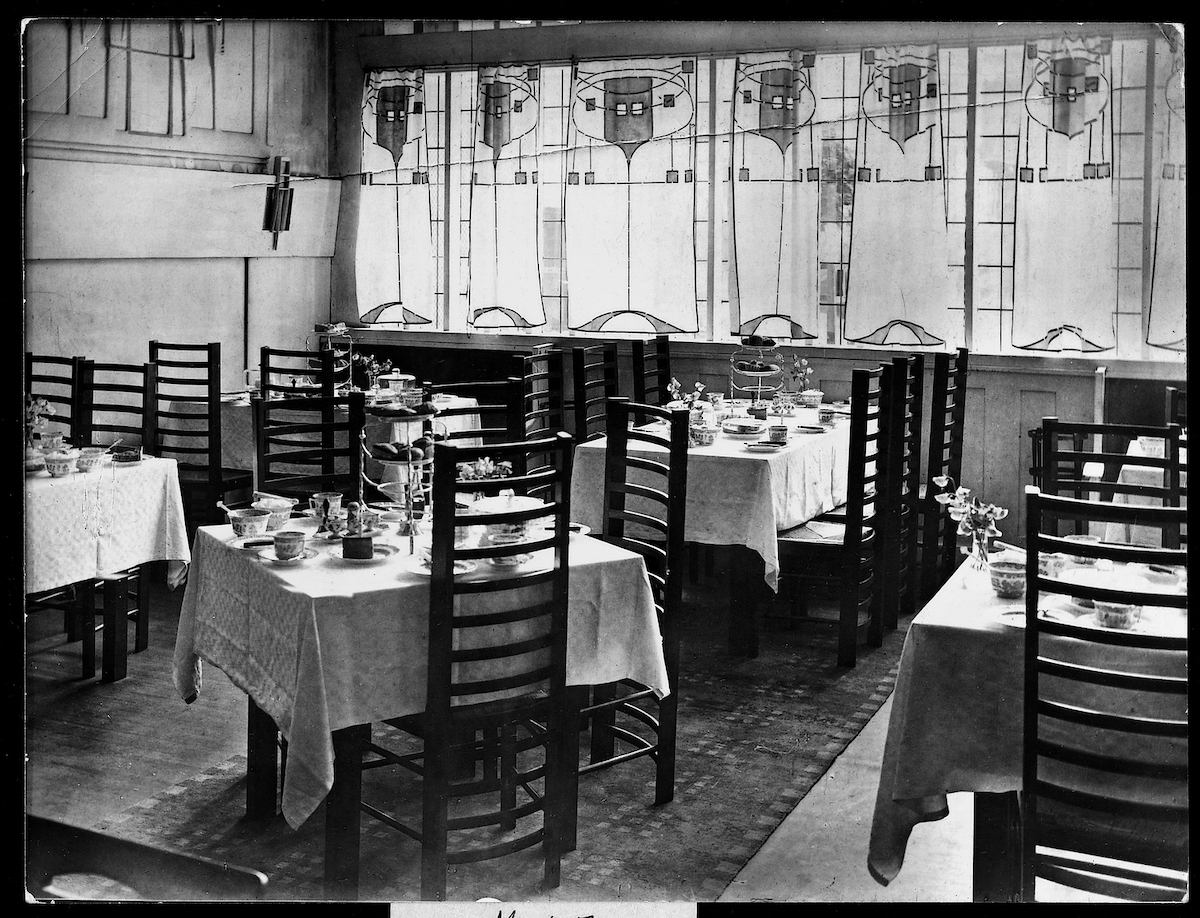 "As well as restoring the original 'Tea Rooms' and famous Salon de Luxe, the Trust plans to incorporate an Interactive 'Visitor Exhibition,' 'Education & Learning Suite,' 'Conference Facilities' and 'Retail Centre' to ensure that not only this building is celebrated, but other works of Mackintosh are included and enjoyed for generations to come," said The Willow Tea Rooms Trust. 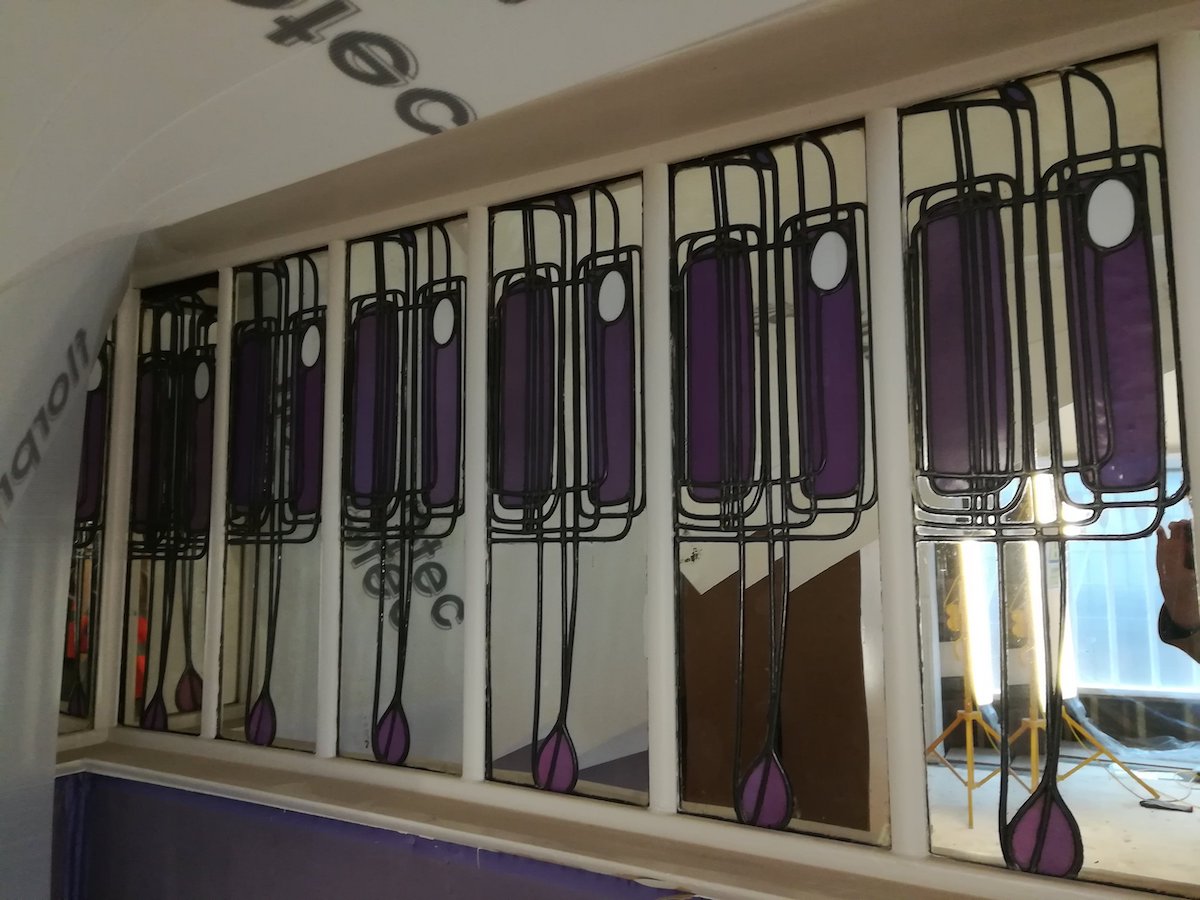 RICS judges also remarked; "the carefully executed and detailed restoration of the Willow Tea Room by the project team - Willow Tea Rooms Trust, Doig & Smith, Simpson & Brown and Clark Contracts - would have made this submission stand out alone, however, it also supports additional benefits." 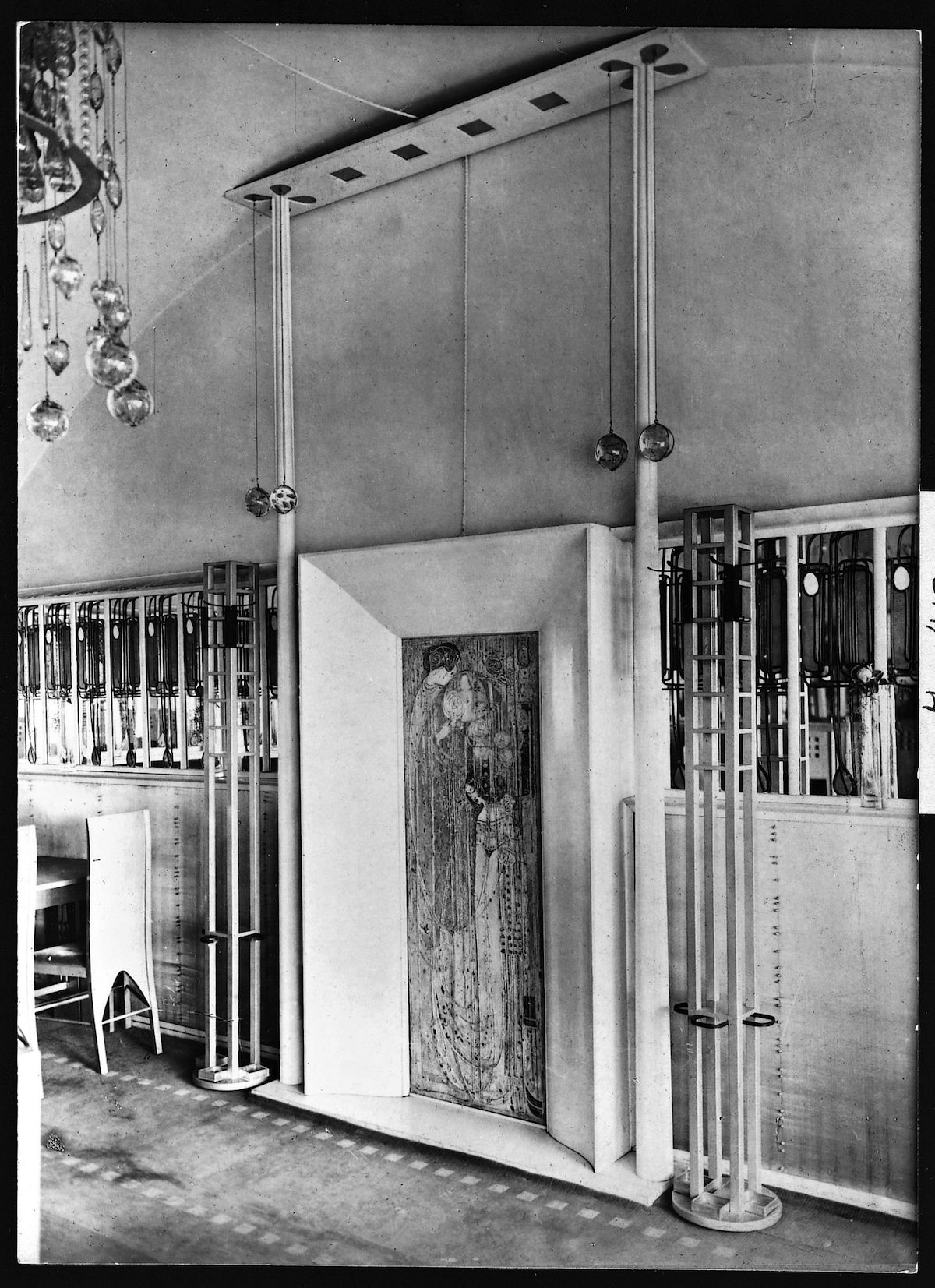 "Mackintosh at The Willow” is one of tea room of Glasgow that gained enormous popularity in the late 19th and early 20th century. It is the only surviving Tea Rooms designed by Charles Rennie Mackintosh and Margaret MacDonald for local entrepreneur and patron Miss Catherine Cranston.

"Their successful design collaboration included their work for entrepreneur and forward thinking successful business woman Miss Catherine Cranston, on her fashionable and popular Tea Rooms in late Victorian Glasgow – which were places where high society and the avant-garde met and socialized. The design and décor they created was a key contributing factor to the success and interest of Miss Cranston’s Tea Rooms," said The Trust. 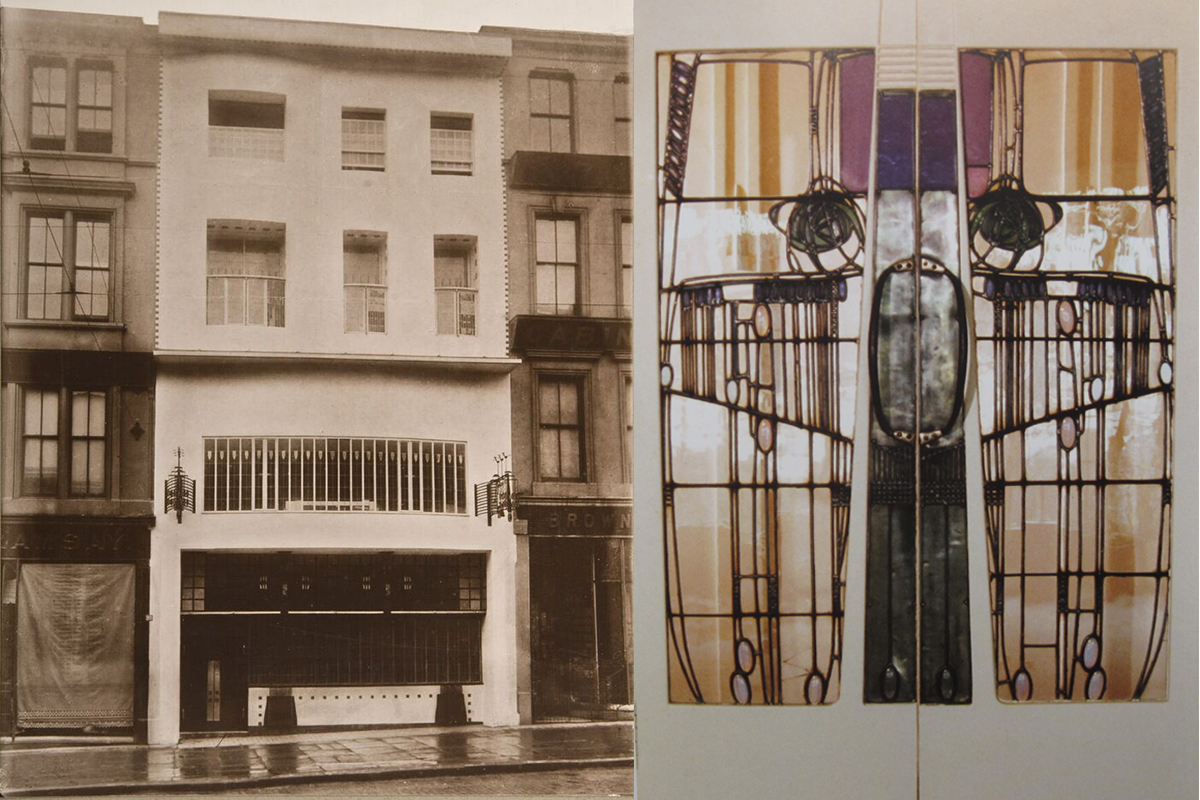 "In 1903, Margaret and Charles were engaged in remodelling 217 Sauchiell Street, a four-storey building on Glasgow’s most fashionable shopping street, for Miss Cranston, and refurbishing he next-door property for the property owner. For the tea room site- named the Willow Tea Rooms- Mackintosh virtually had the entire front of the building reconstructed, setting the front back from the street and glazing it with small frames of leaded glass. It is a full-width bay window, taking the facade outwards in a gentle curve. Above it, he striped away any ornamentation and introduced two simple cornices. The exterior was asymmetrical with shallow curves on some areas and varying depths to the window recesses. The facade is finished with smooth, white render that is contrasted strongly with the natural stone finish of the adjacent building,” as described in his book by Gordon Kerr.

"Inside, Mackintosh designed a range of spaces with different functions. A ladies' tea room occupied the front of the ground floor, a general luncheon room was towards the back, while upstairs housed a tea gallery, the Room de Luxe, a more exclusive ladies' tea room that overlooked Sauchiehall Street. As ever, Mackintosh themed the spaces light for ladies and dark for men, the latter demonstrated in the second-floor timber-panelled billiards room," explained by Kerr. Having said that “the ground floor ladies' tea room- which one of Mackintosh's greatest achievements and featuring a vaulted ceiling and a full-length, slightly curved bay window- was coloured white, silver and rose. The luncheon room was decorated in oak and grey canvas and the Room de Luxe was pink, white and grey;” Kerr remarks that the experience at the time was described as 'a fantasy for afternoon tea' within a richly decorated interior with "a grey carpet, a silk upholstered dado, chairs and settees upholstered in rich rose-purple, tables painted silver and Mackintosh's characteristic high-backed chairs." Described at the time as "a fantasy for afternoon tea, "The Mackintoshes designed every single facet of the Willow Tea Rooms, including the furnishings, the cutlery, the menus and even the uniforms worn by the waitresses. Naturally, the willow was an integral part of the decorative motifs that were used,” as said by Kerr.

In his book Kerr pointed the fame of the Willow tea rooms that had gained upmost popularity in the press and Glasgow high-society, and excerpted The Glasgow Evening News' exclaiming; "until the opening of Miss Cranton’s new establishment in Sauchiehall Street today, the acme of originality had not been reached…her Salon de Luxe on the first floor is simply a marvel of the art of the upholsterer and decorator.” 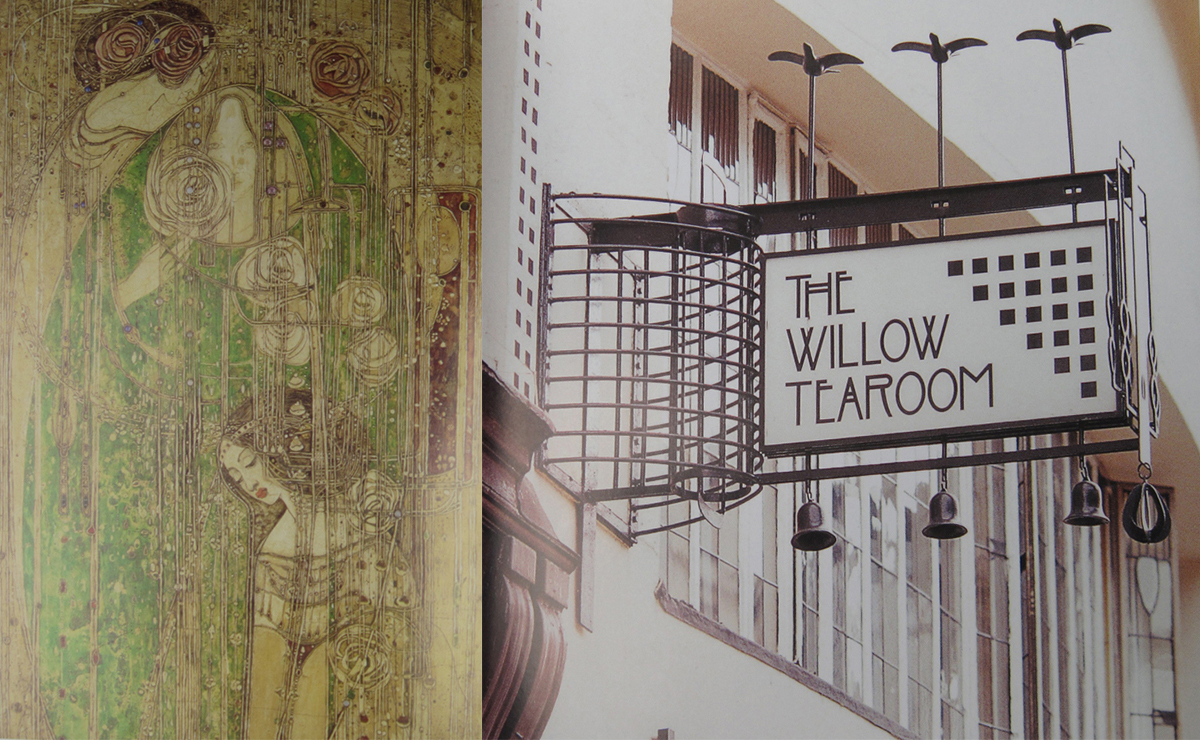 The Tea Rooms wouldn't  be  what it is without the efforts of Margeret Macdonald. "In the early 1900s, Margaret continued to work with her husband on a series of interiors including for their own home, for the House for an Art Lover, on exhibitions and competitions and for the iconic Salon de Luxe in the famous Willow Tea Rooms Building at 217 Sauchiehall Street where Margaret created the beautiful gesso panel. One of the walls featured one of Margaret Mackintosh's most celebrated works, a gesso panel that had been inspired by 'O Ye, all ye that walk in the Wild Wood' by the Pre- Raphaelite painter and poet, Dante Gabriele Rossetti," said Kerr. 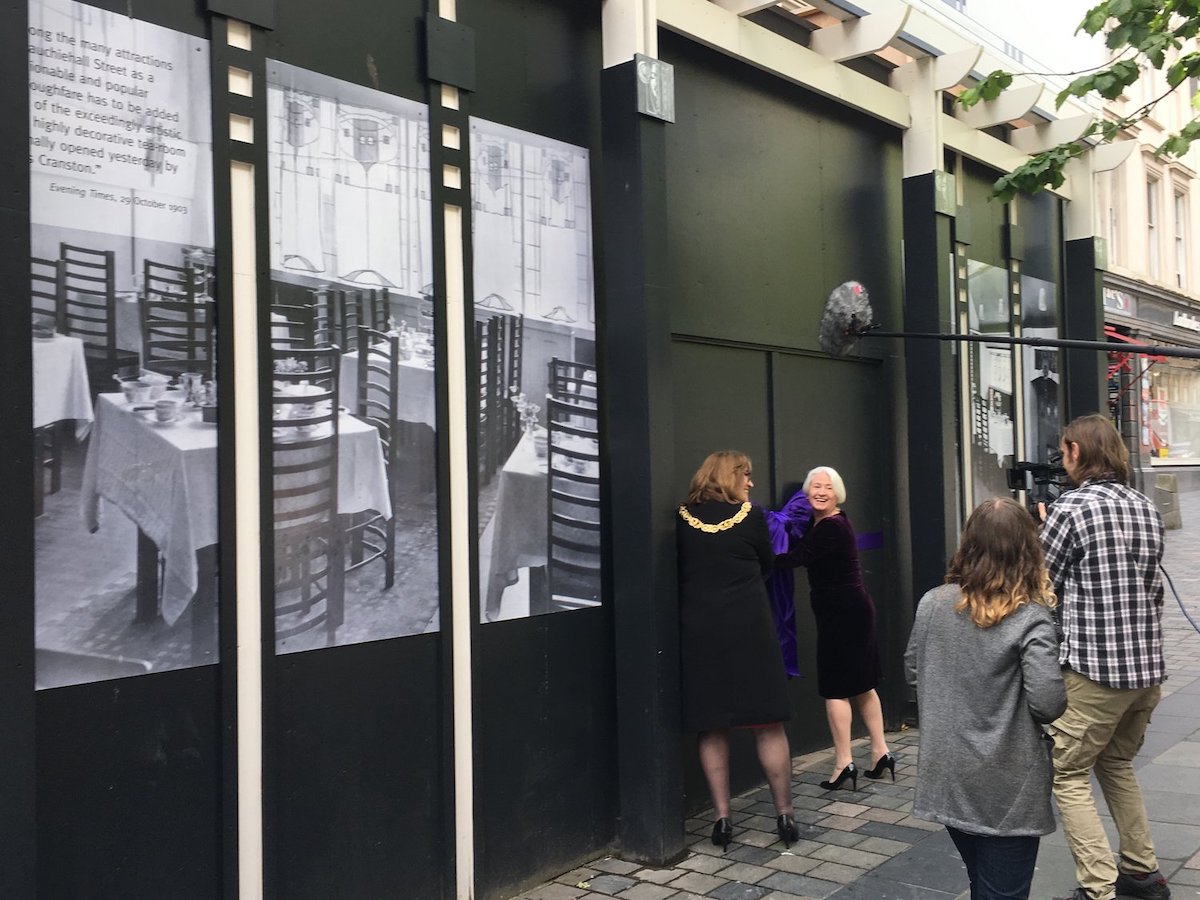 Since its transformation the 'Willow Tea Rooms' Building in Glasgow has attracted international interest from those wishing to learn more about the Architectural pioneer Charles Rennie Mackintosh, pioneer of the works in Arts and Crafts, Glasgow Style and progressive developments on the Continent. 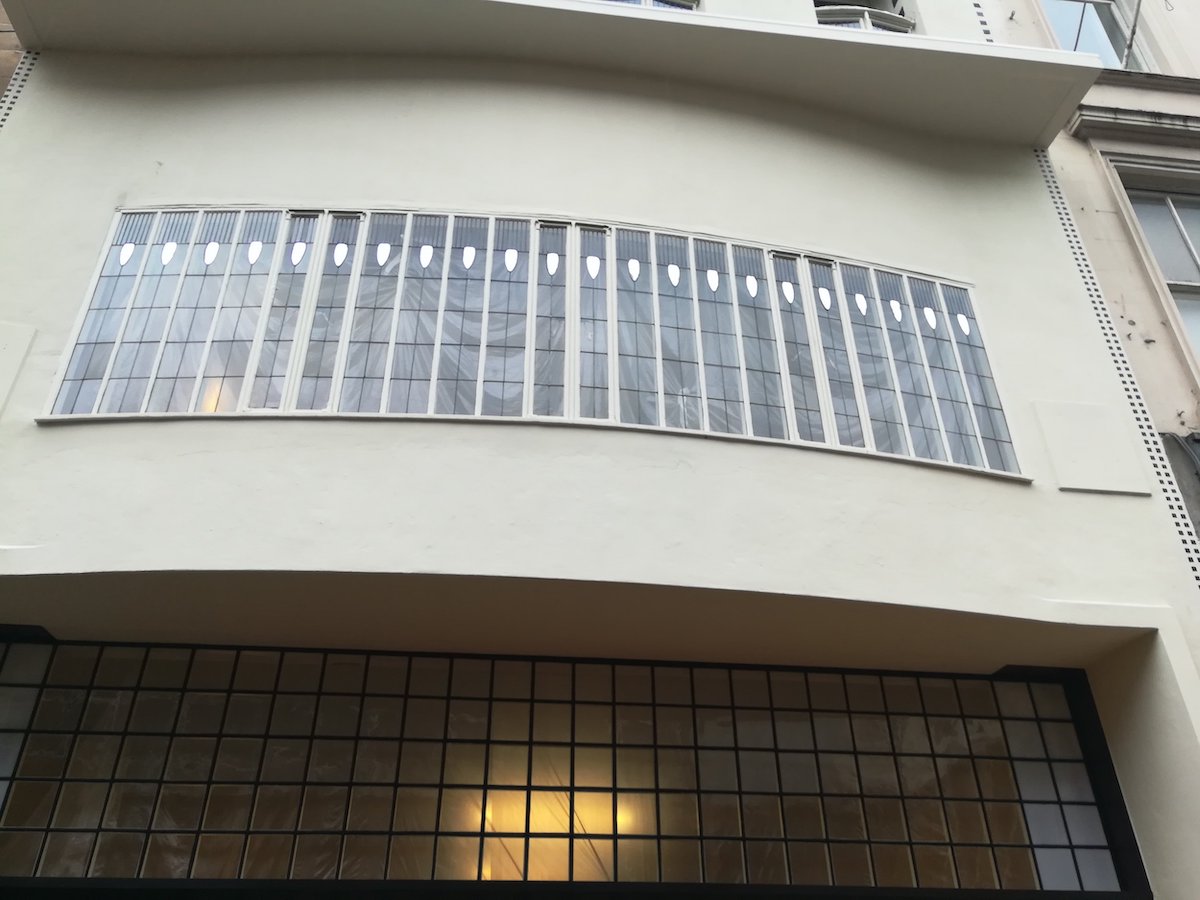 Hosted by Catriona Sheerer, the RICS Awards 2019, Scotland were held on Thursday 2 May - at The Sheraton Grand Hotel & Spa, Edinburgh. Other winners are included Music Hall Transformation, Aberdeen in "Community Benefit" category; Queensferry Crossing, Edinburgh in ‘Infrastructure heading and the V&A Dundee in Tourism & Leisure class.

All category winners will go on to compete against other regional winners at the national RICS Awards Grand Final on Friday 4 October at the Royal Lancaster Hotel, London, for the chance to be crowned the overall UK winner in their respective category. 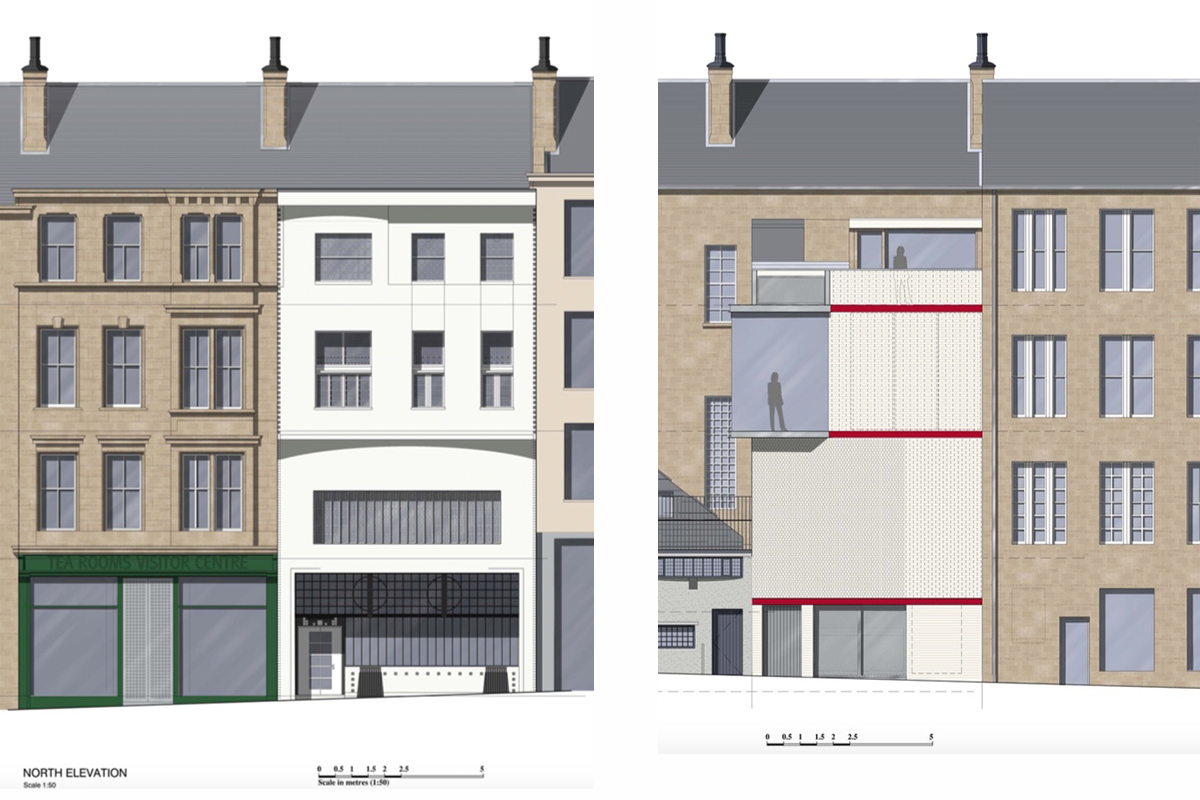 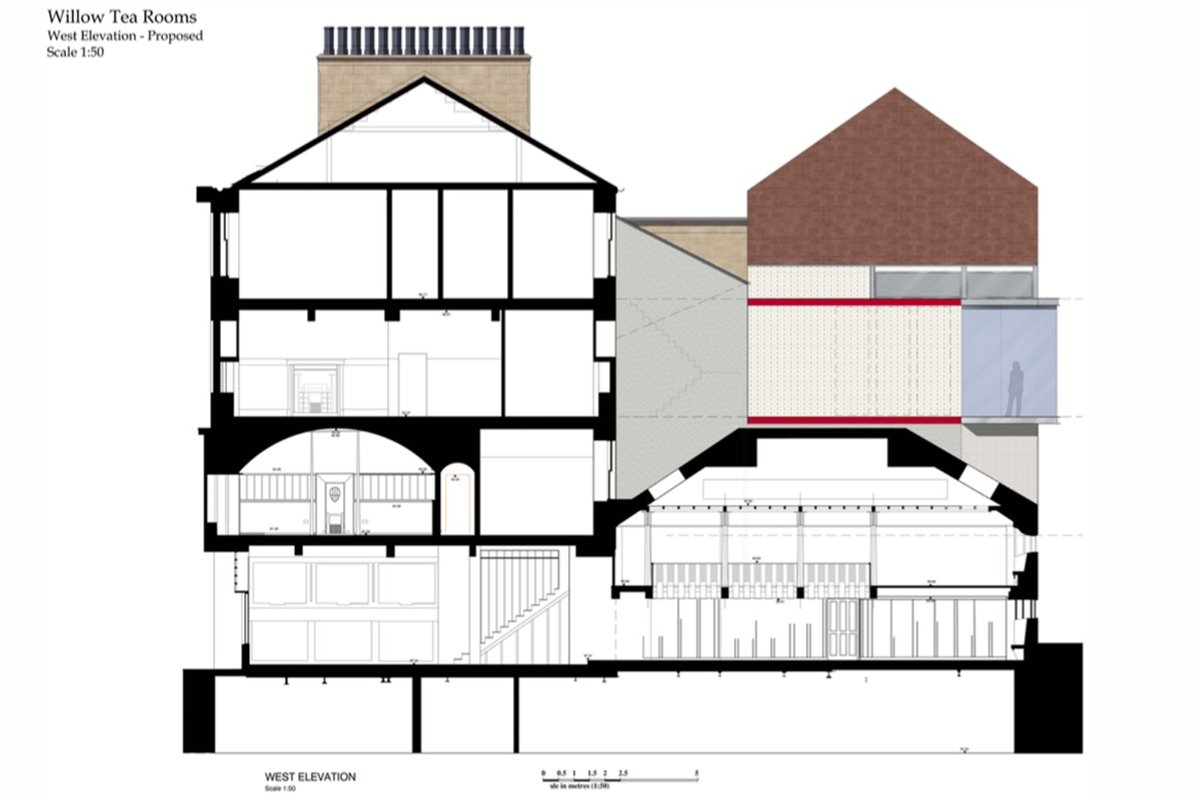 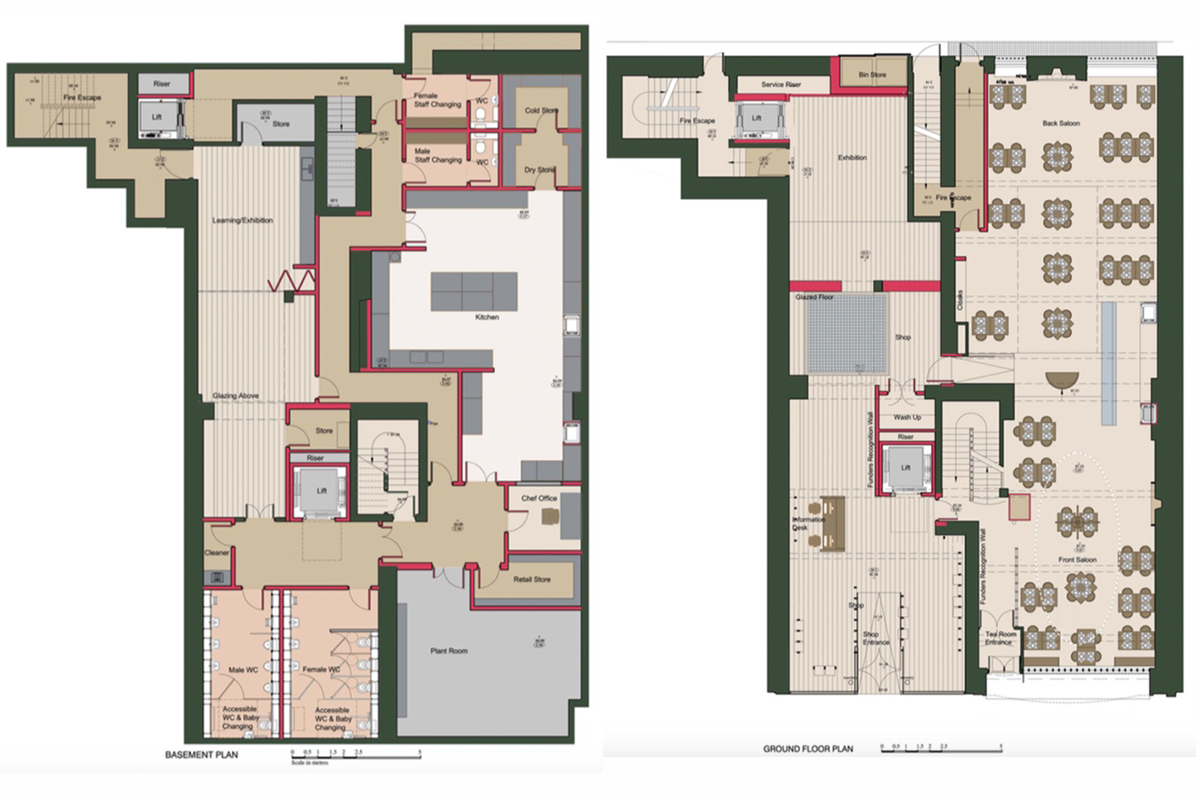 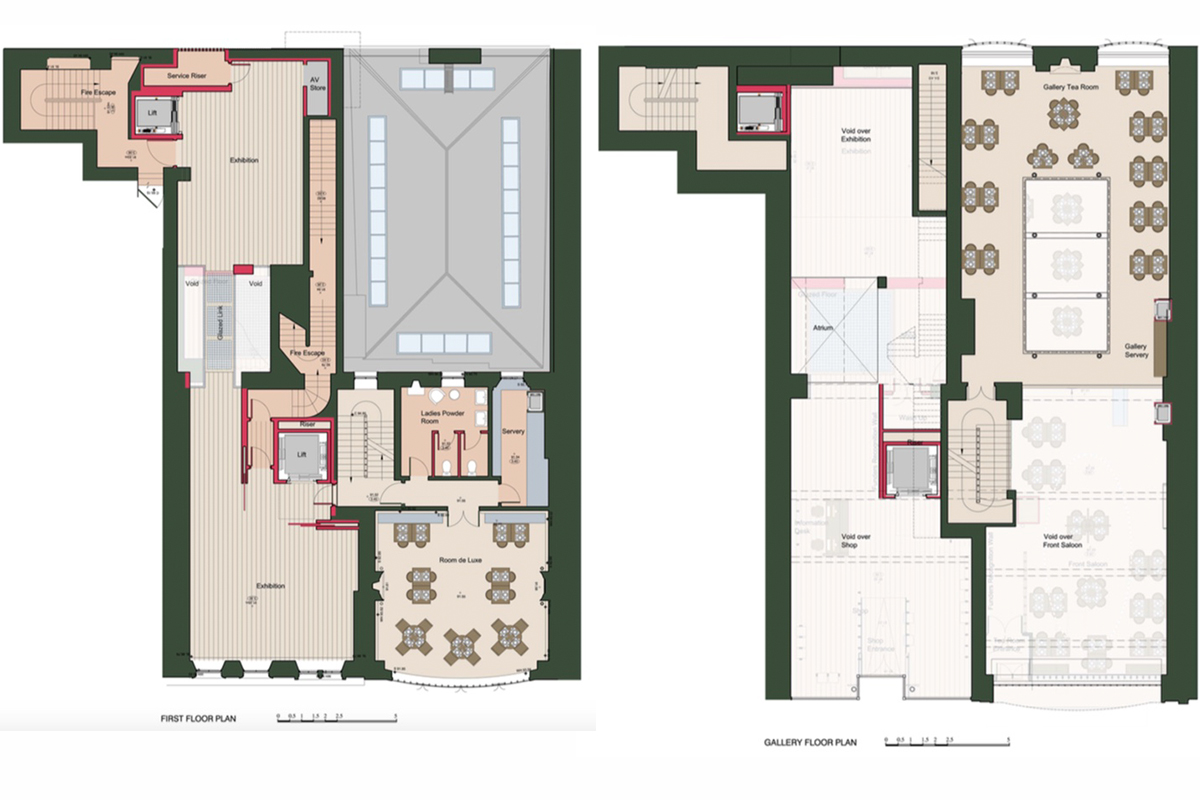 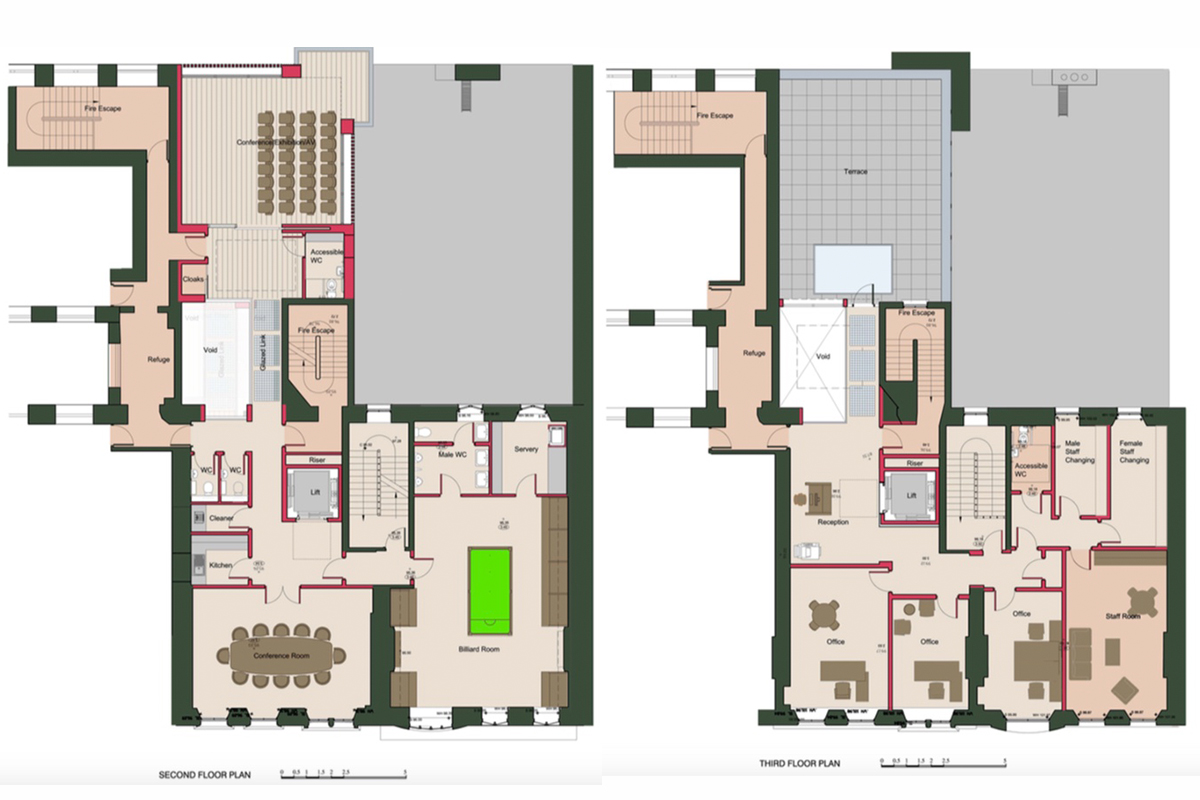 All images © The Willow Tea Rooms Trust unless otherwise stated.

> via The Willow Tea Rooms Trust