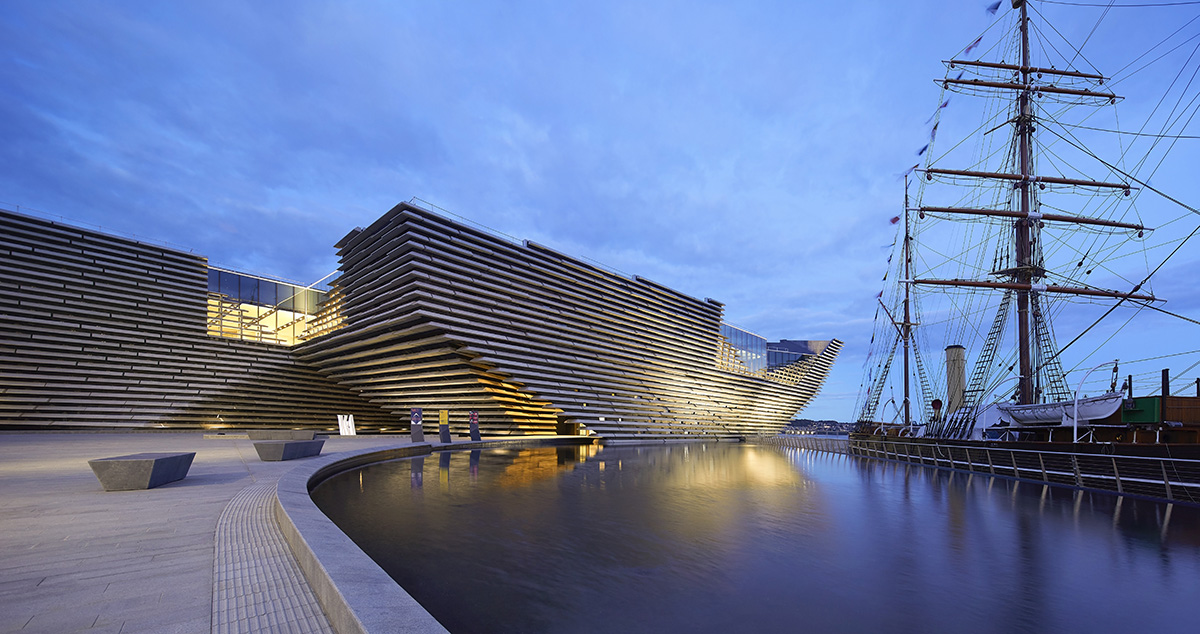 The first detailed photographs, captured by Hufton+Crow, have been released for Kengo Kuma's hotly-anticipated V&A Dundee Museum in Scotland, the United Kingdom.

Officially to be opened this Saturday, the first detailed images show how the Japanese architect achieved a beautiful, complex but light-filled building by transfroming the beautiful cliffs of Scotland into architecture. 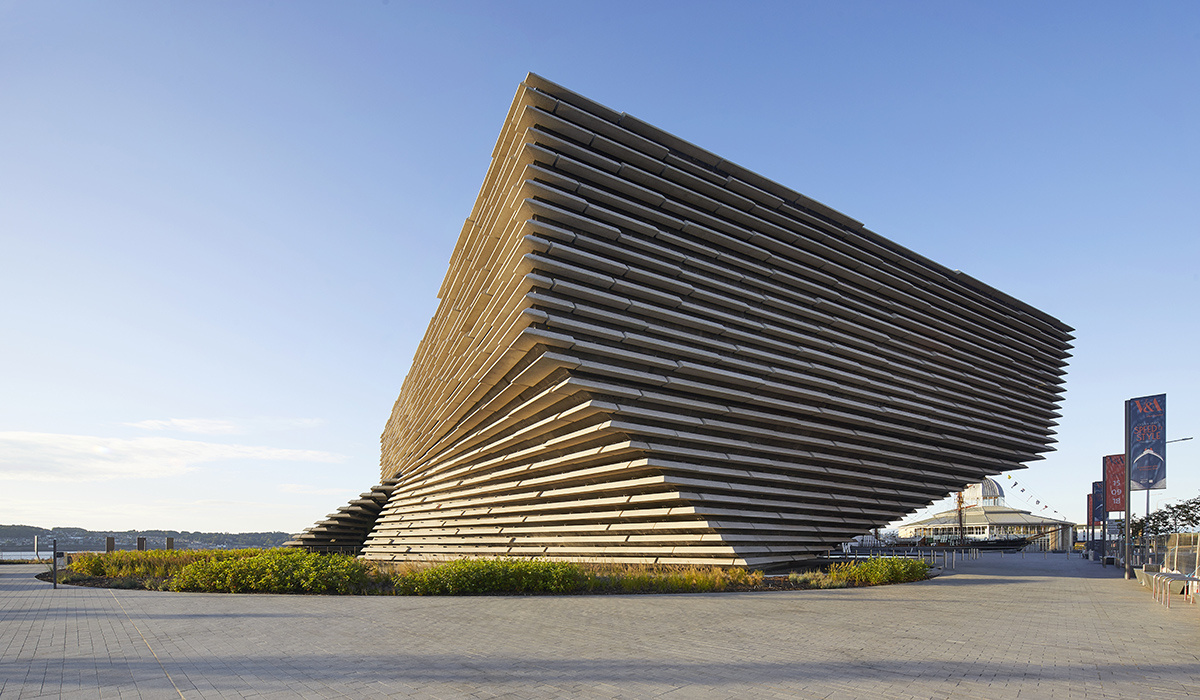 The 8,500-square-metre museum will be Scotland’s first design museum, telling a global story about V&A Dundee and investigating the international importance of design alongside presenting Scotland’s outstanding design achievements. Located along the waterfront in the city of Dundee in the northern part of Scotland, this museum is a branch of the Victoria & Albert Museum in London. 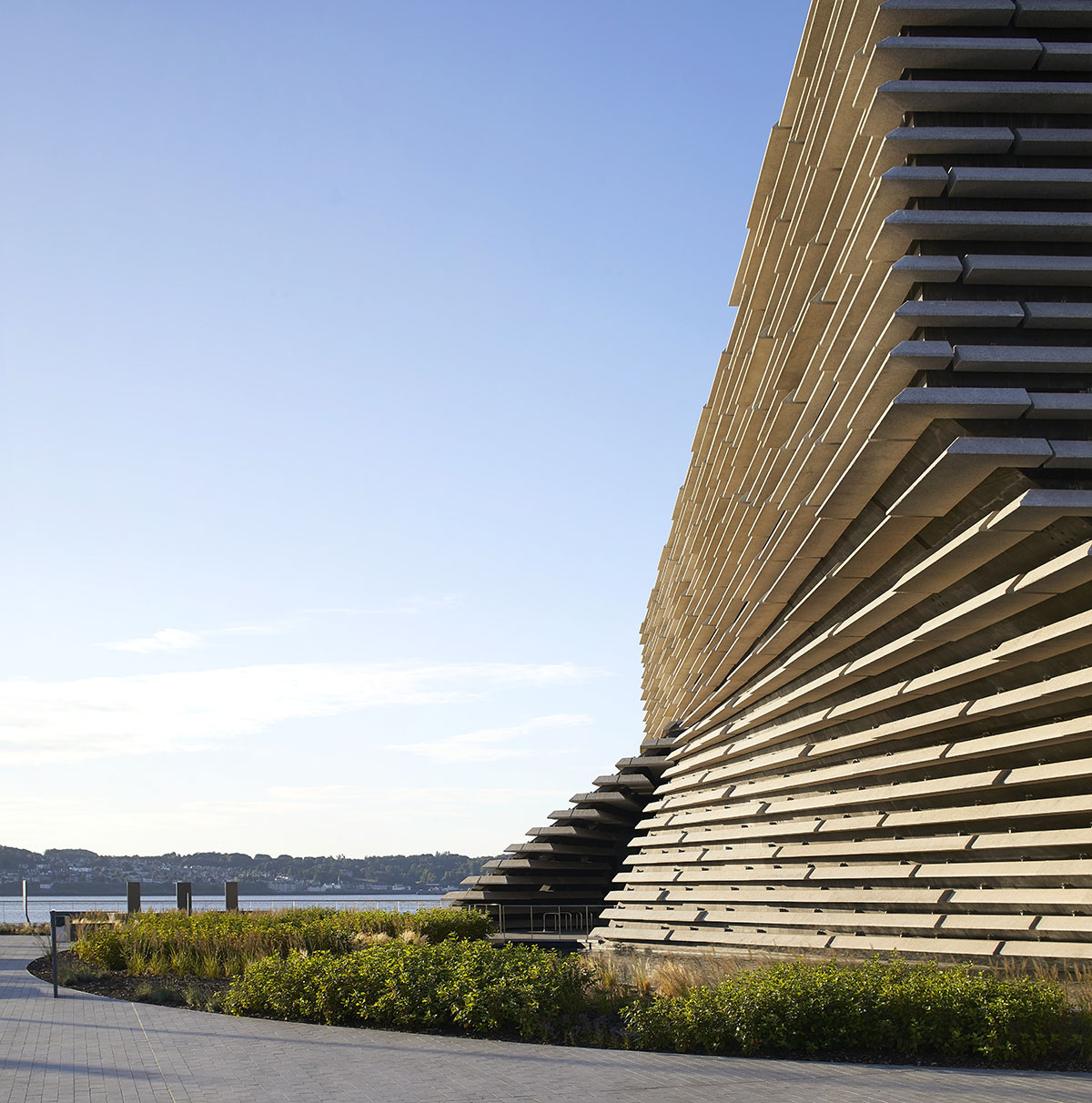 The museum will house learning studios, museum shop, café, and restaurant, alongside the museum itself. V&A Dundee’s construction and fit-out took three and a half years to complete and it stands at the centre of the £1 billion transformation of the Dundee waterfront, once part of the city’s docklands. 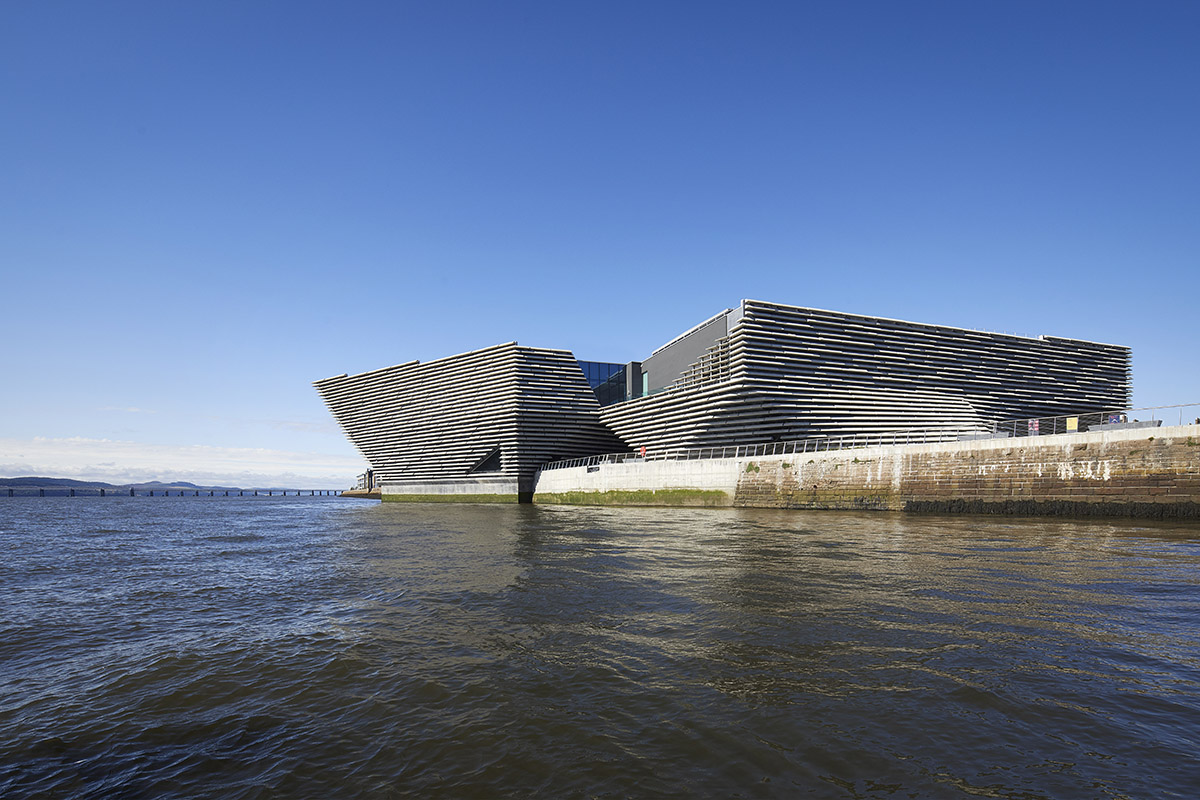 Kuma was inspired by the dramatic cliffs along the north-east coast of Scotland to create the museum's complex geometry. Stretching out into the River Tay, a new landmark connects the city with its historic waterfront, and a new major cultural development for Scotland and the UK. 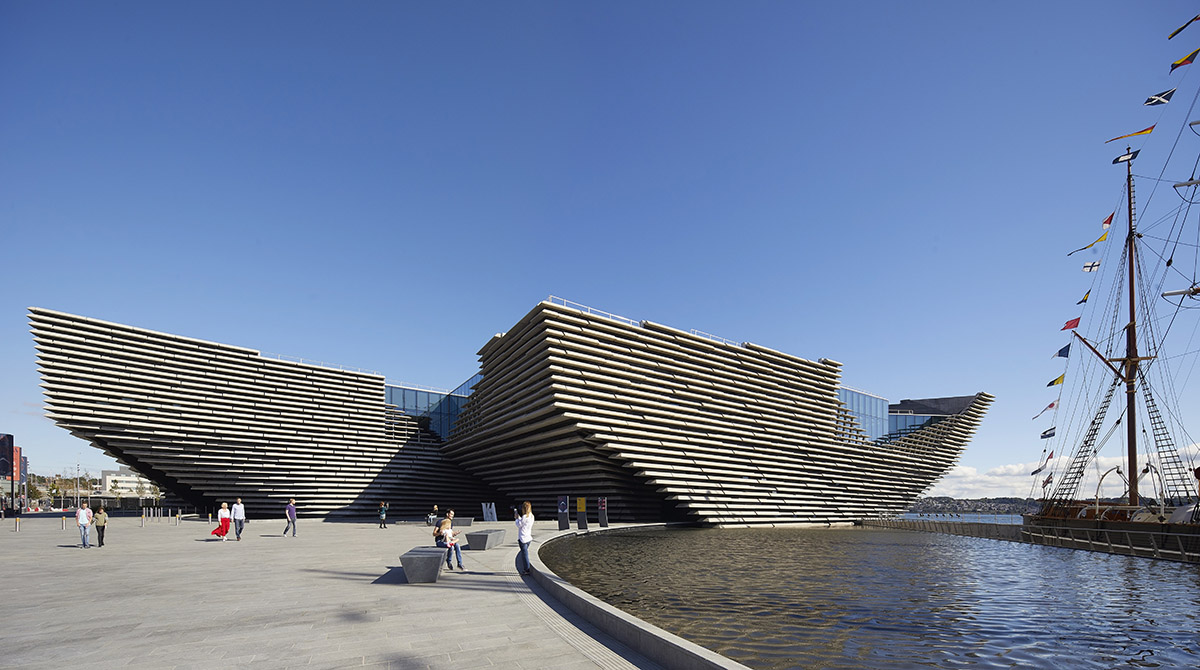 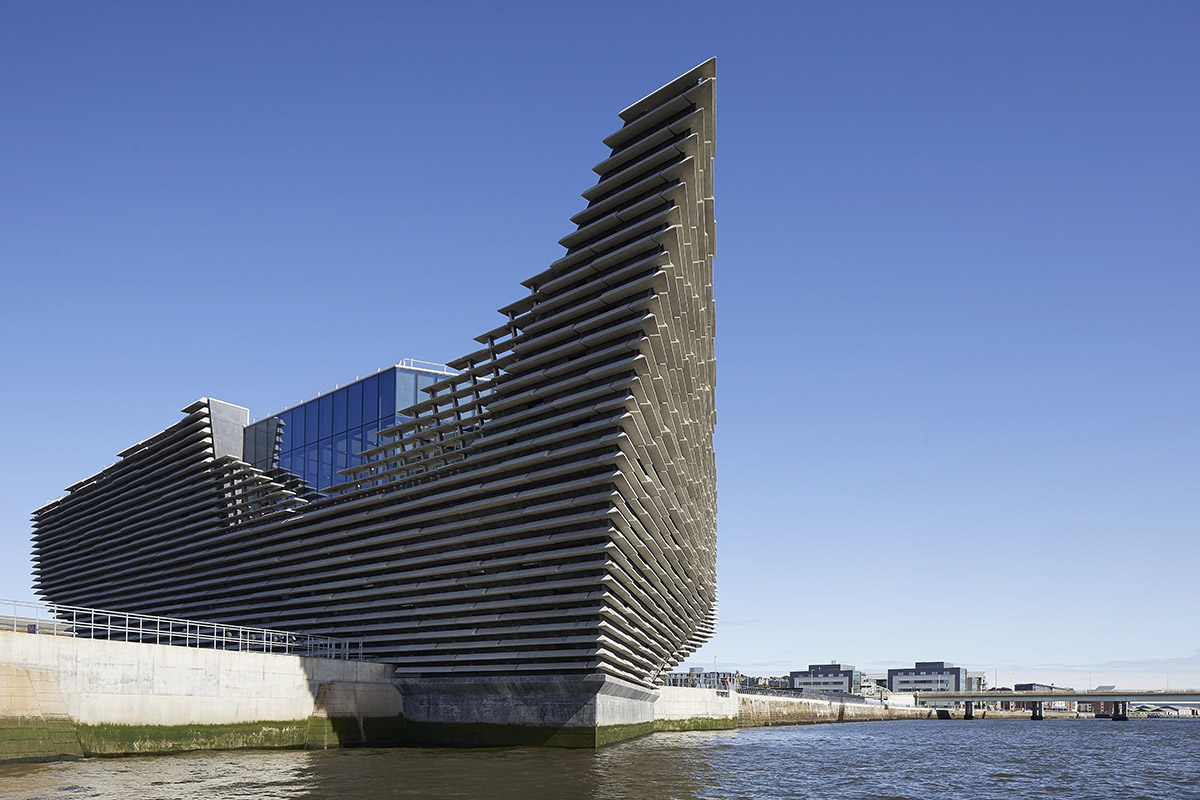 "The big idea for V&A Dundee was bringing together nature and architecture, to create a new living room for the city.  I’m truly in love with the Scottish landscape and nature. I was inspired by the cliffs of north-eastern Scotland – it’s as if the earth and water had a long conversation and finally created this stunning shape," said Kengo Kuma. 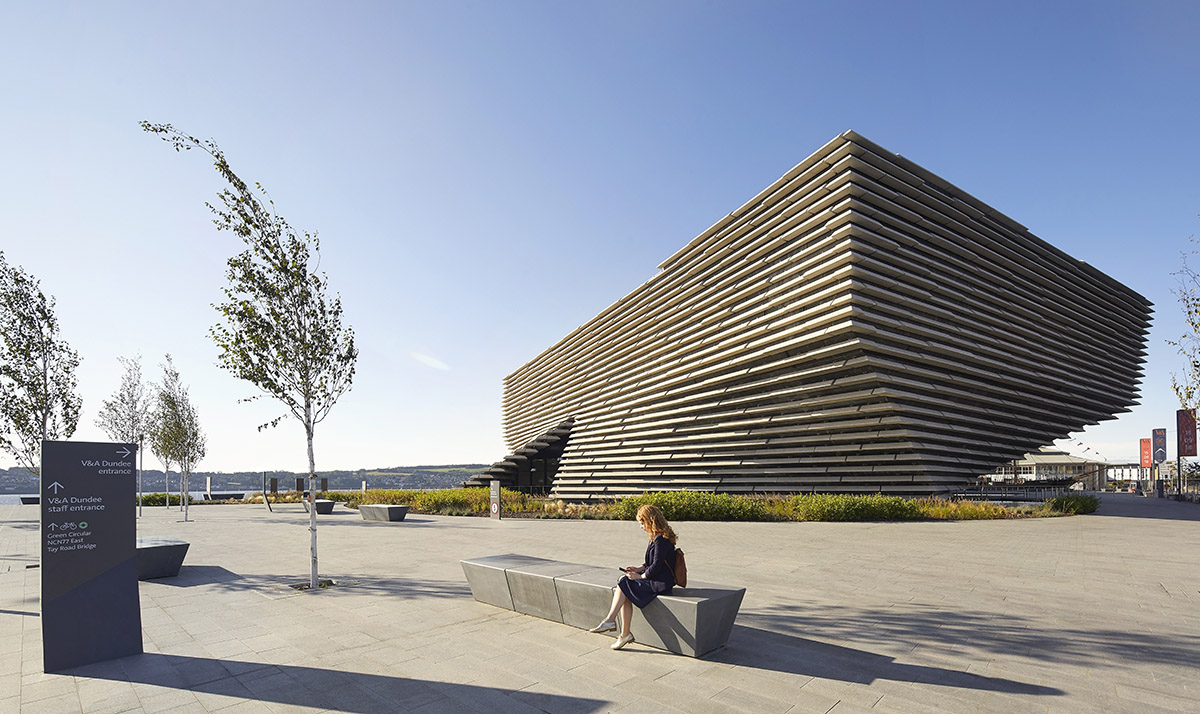 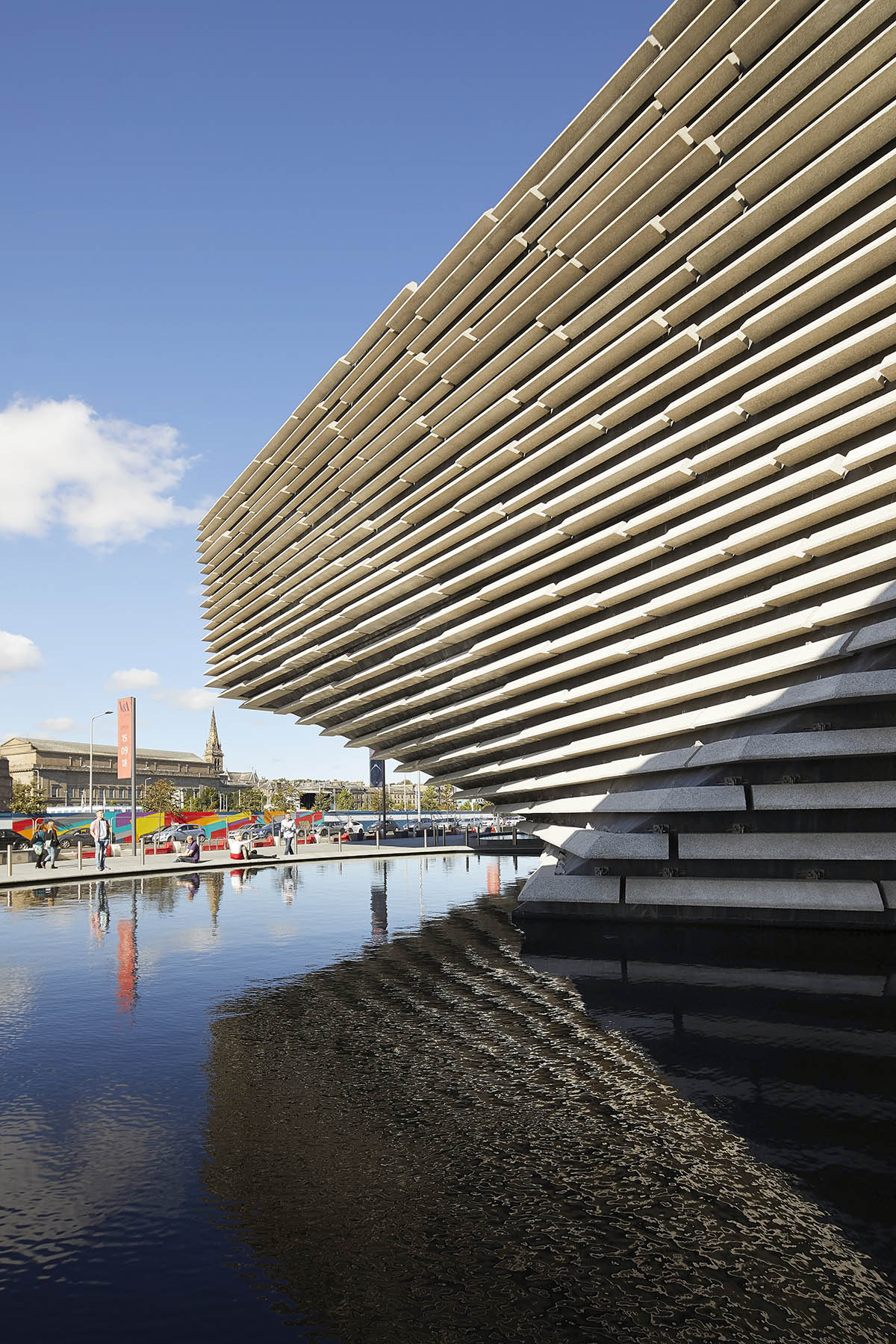 "It is also fitting that the restored Oak Room by Charles Rennie Mackintosh is at the heart of this building as I have greatly admired his designs since I was a student. In the Oak Room, people will feel his sensibility and respect for nature, and hopefully connect it with our design for V&A Dundee."

"I hope the museum can change the city and become its centre of gravity. I am delighted and proud that this is my first building in the UK and that people will visit it from around the world," Kuma added. 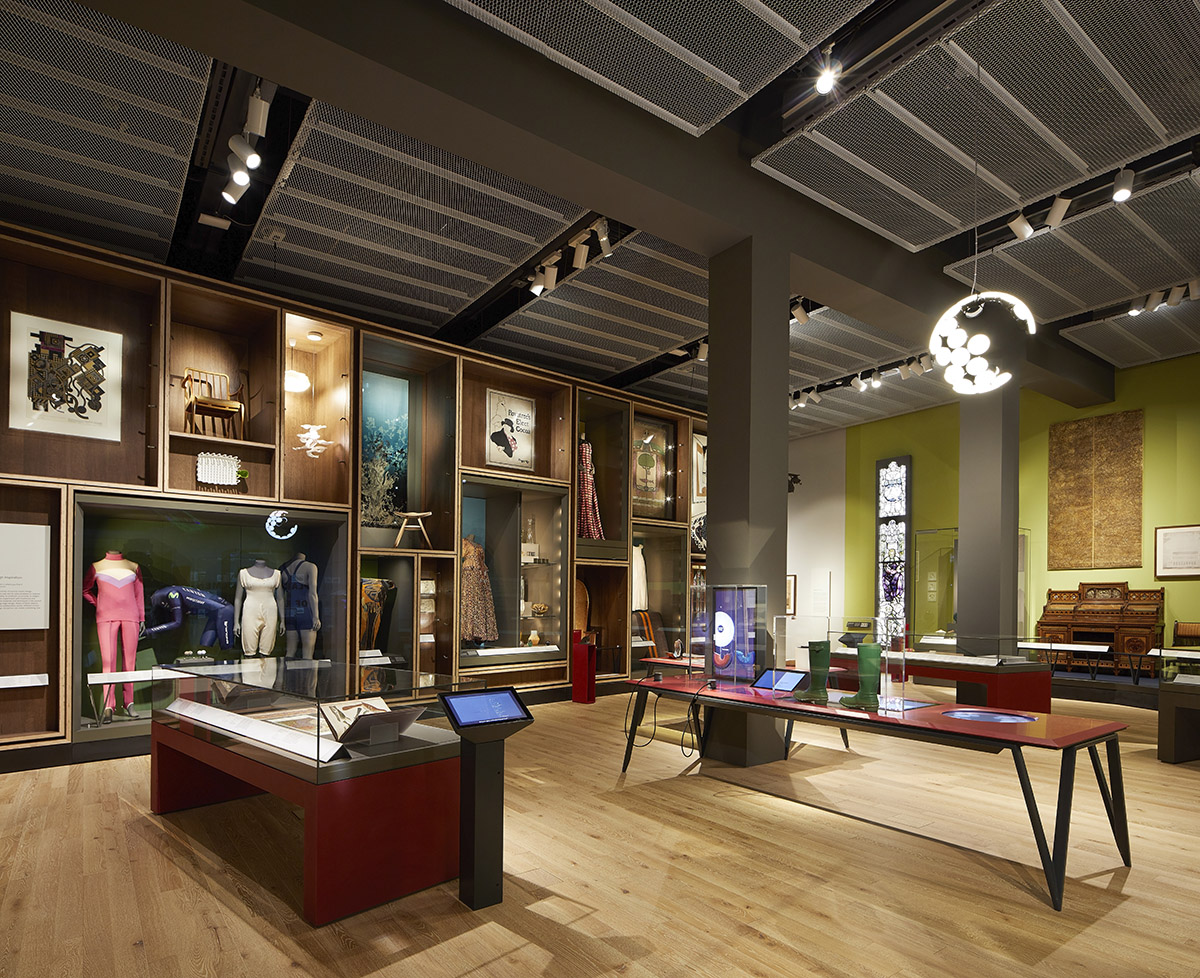 At the heart of the museum the Scottish Design Galleries feature 300 exhibits drawn from the V&A’s rich collections of Scottish design, as well as from museums and private collections across Scotland and the world. 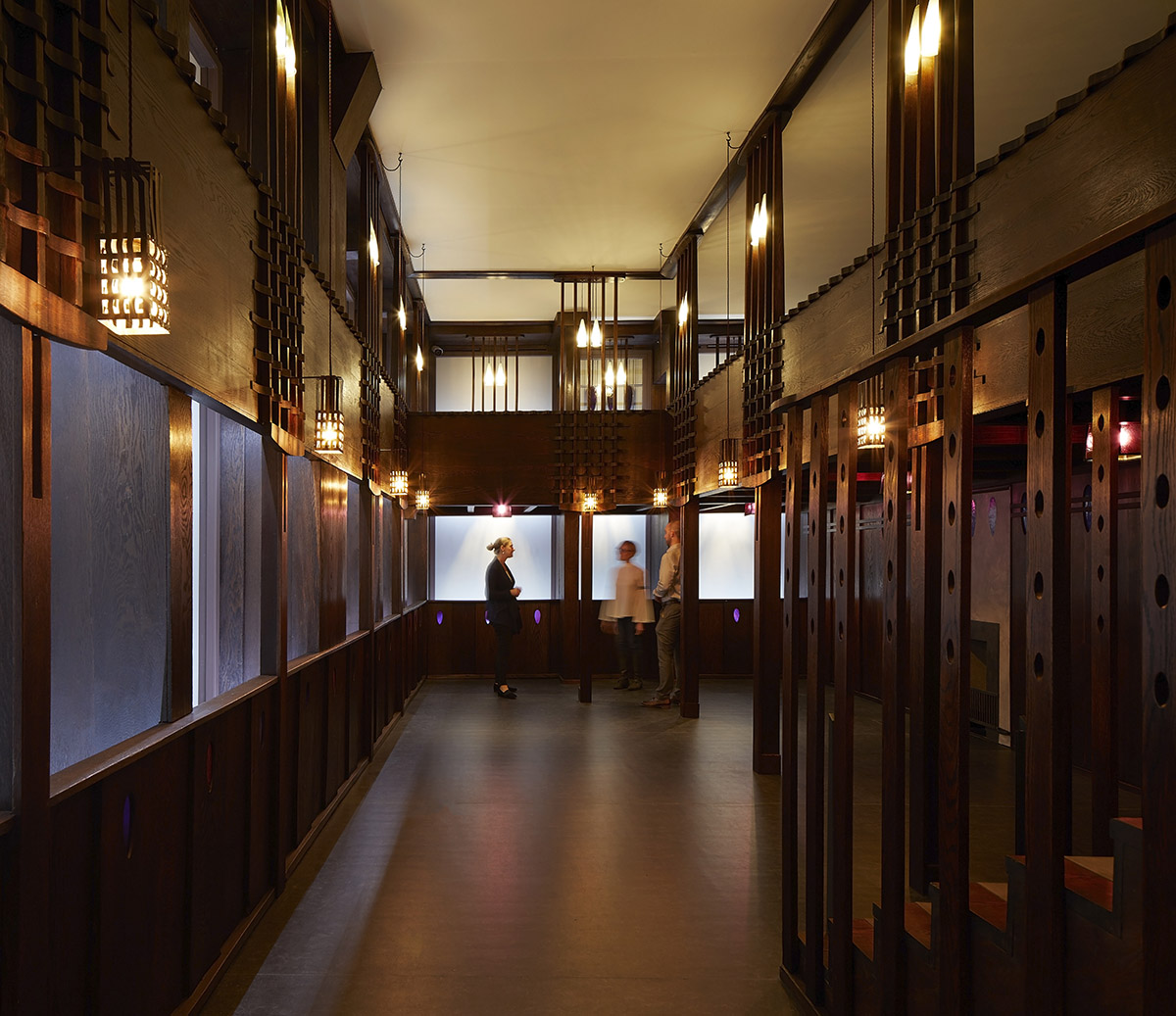 At the centre of these galleries stands the magnificent Charles Rennie Mackintosh Oak Room meticulously restored, conserved and reconstructed through a partnership between V&A Dundee, Glasgow Museums and Dundee City Council. Visitors to the museum will be able to experience once again Mackintosh’s extraordinary talent in designing this room, lost to view for nearly 50 years. The ambitious international exhibition programme opens with Ocean Liners: Speed and Style, organised by the V&A and the Peabody Essex Museum in Salem, Massachusetts, the first exhibition to explore the design and cultural impact of the ocean liner on an international scale.

Major exhibitions are complemented by new commissions and installations including This, looped by Glasgow-based artist and former Turner prize nominee Ciara Phillips.

"The opening of V&A Dundee is a historic occasion for Dundee, for the V&A, and for the very many people who played a vital part and supported its realisation. This is a very proud moment for all involved," said Philip Long, Director of V&A Dundee.

"V&A Dundee’s aspiration is to enrich lives, helping people to enjoy, be inspired by and find new opportunities through understanding the designed world. After years of planning, we are thrilled at being able to celebrate the realisation of the first V&A museum in the world outside London."

"The museum’s light-filled wooden interior and impressive spaces inside have been designed to provide a warm welcome to visitors, described by architect Kengo Kuma as a ‘living room for the city’. We are all very excited indeed that we can now welcome everybody into this remarkable new museum," Long added. 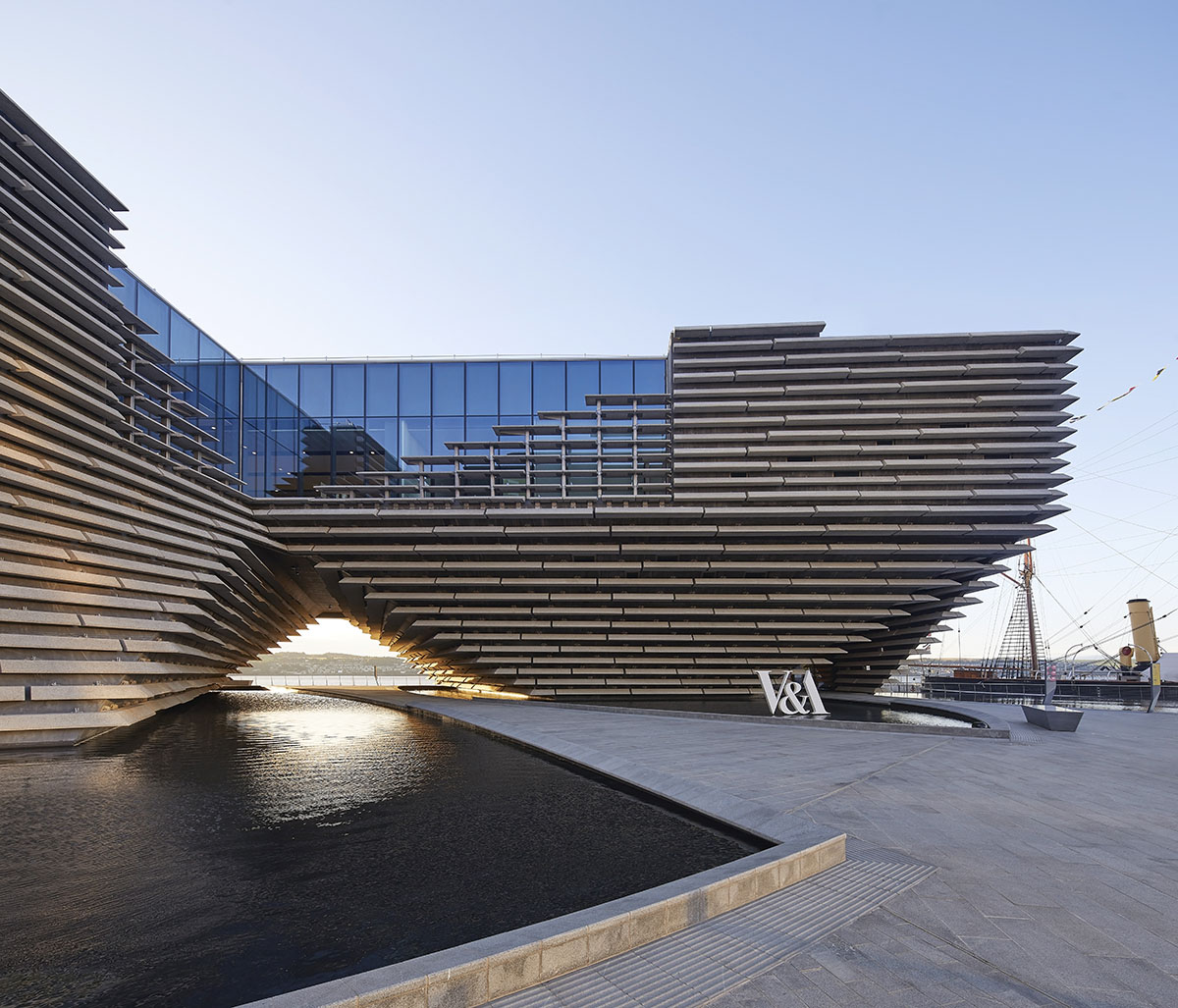 "This cultural milestone for the city of Dundee is also a landmark moment in V&A history – we’re extremely proud to share in this exceptional partnership, the first of its kind in the UK, and to have helped establish a new international centre for design that celebrates Scotland’s cultural heritage," said Tristram Hunt, Director of the V&A.

V&A Dundee has now successfully completed its capital funding programme, the most ambitious of its kind in Scotland, and will now focus on funding the museum’s exciting exhibitions and learning programmes. 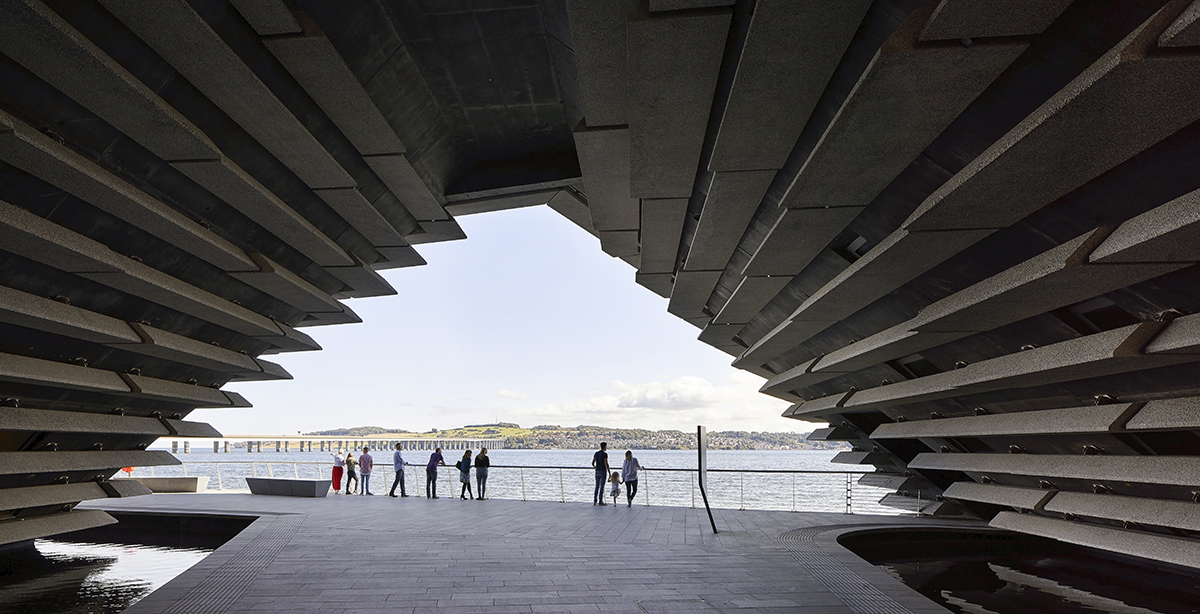 A large horizontal "hole" was designed in the centre of the building. This "hole" represents an attempt to connect Union Street which runs through the centre of Dundee with the beautiful natural scenery of the River Tay.

"This feature was adopted in order to create a 21st century type cultural facility that is an integral part of the environment and community which replaces 20th century type art museums that were cut off from the environment," said Kengo Kuma and Associates. 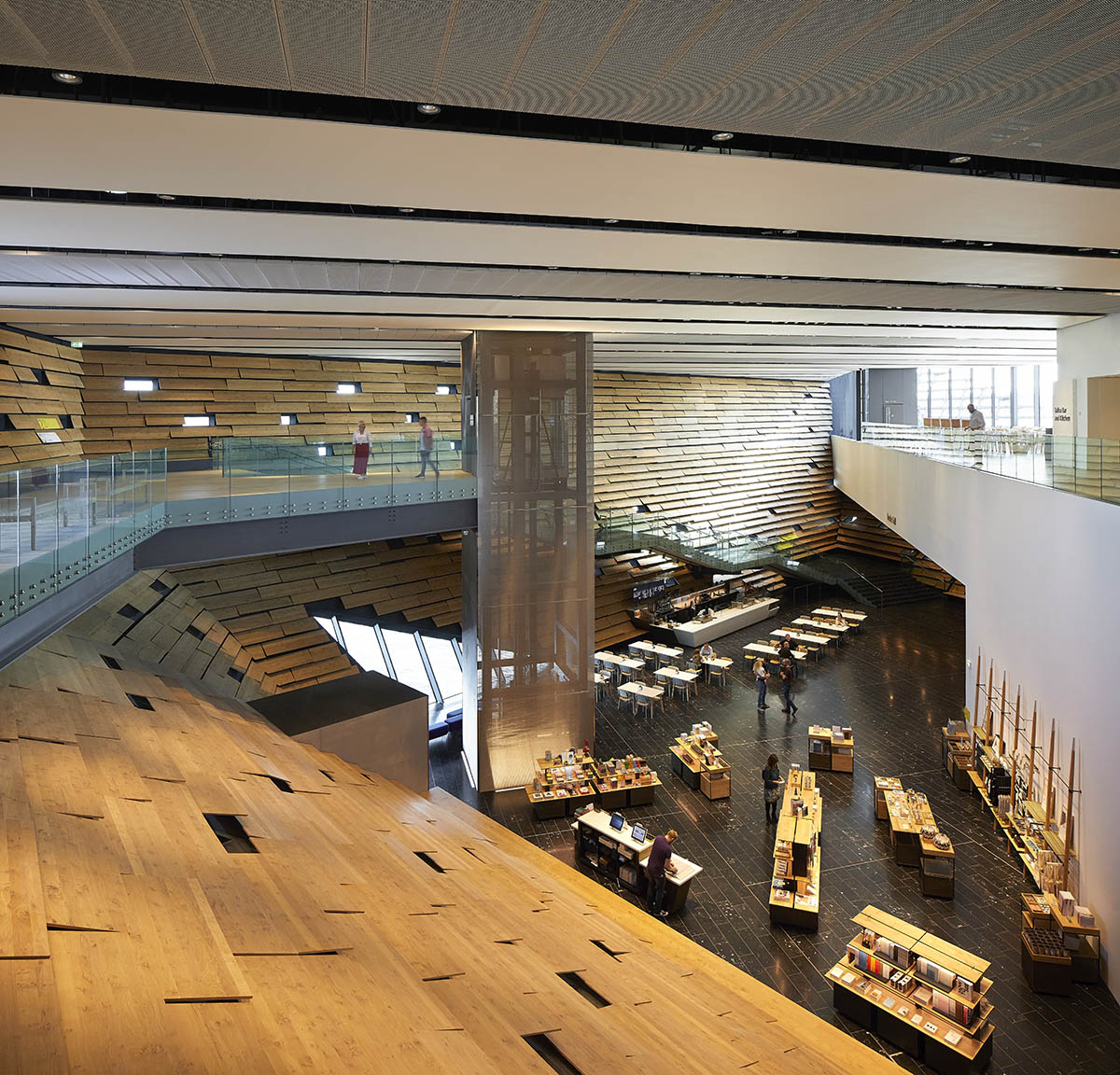 The foyer was designed as a large void that is covered with locally available wood that has a soft texture with the intention that it be used as a "Living Room" capable of revitalizing the community by providing a venue where various concerts and performances are held. 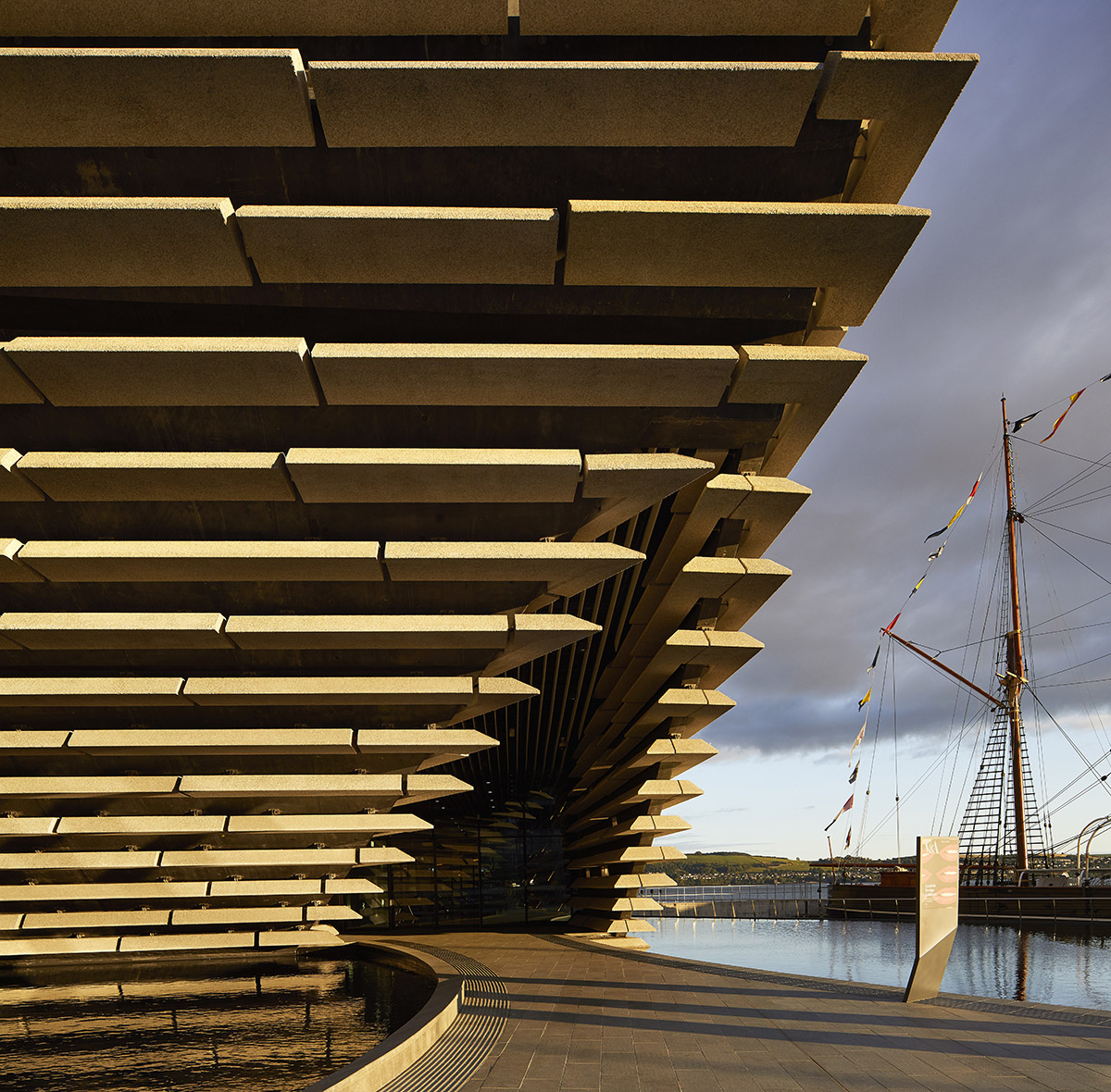 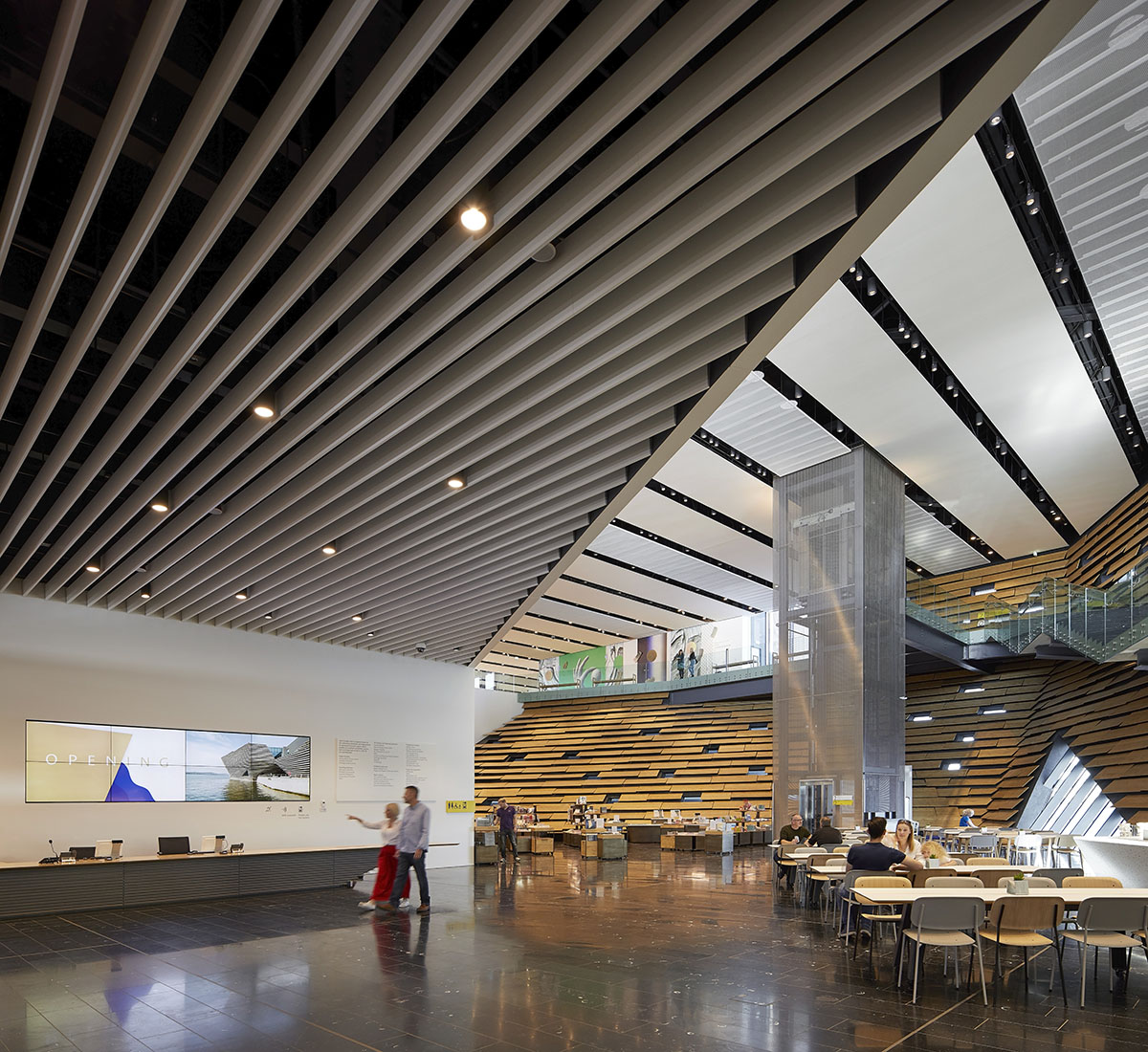 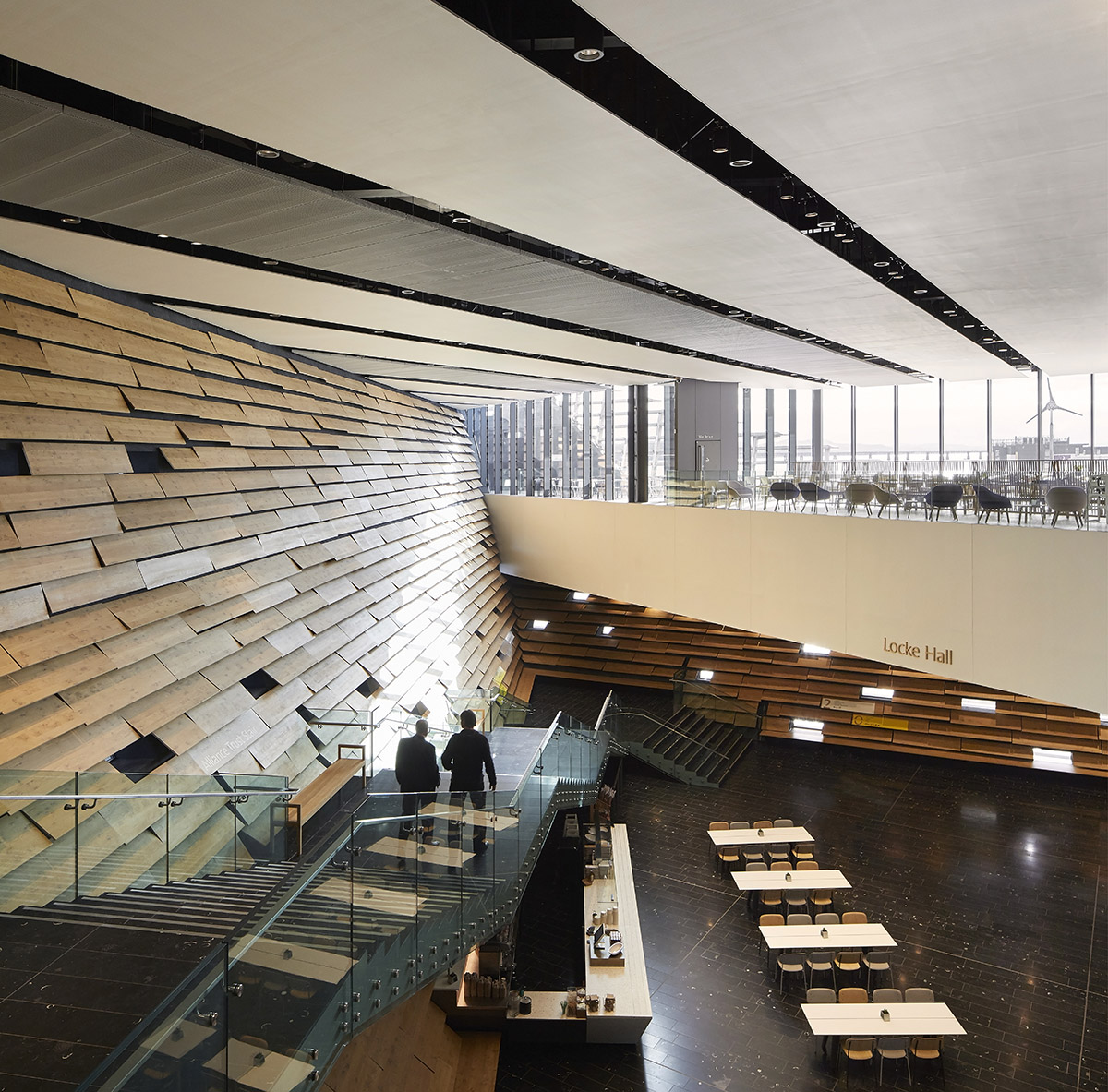 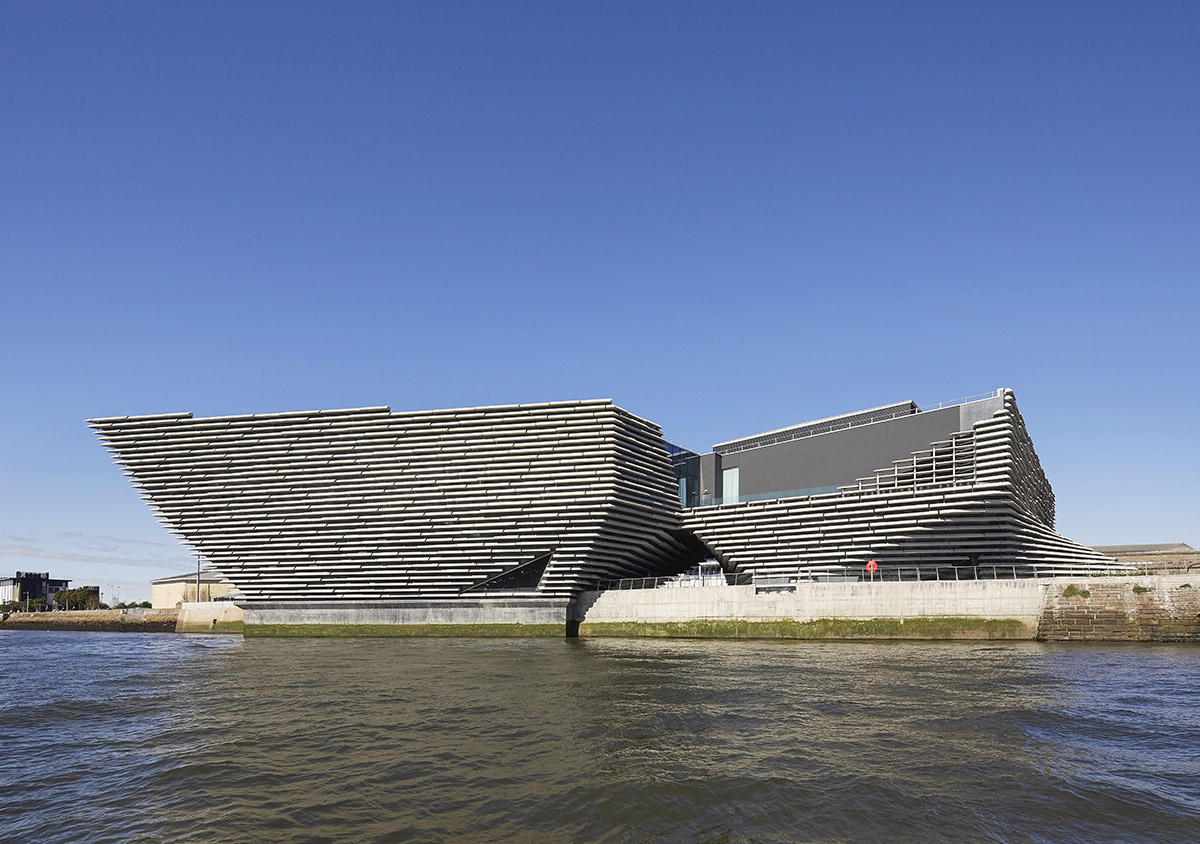 > via V&A Dundee/Kengo Kuma and Associates