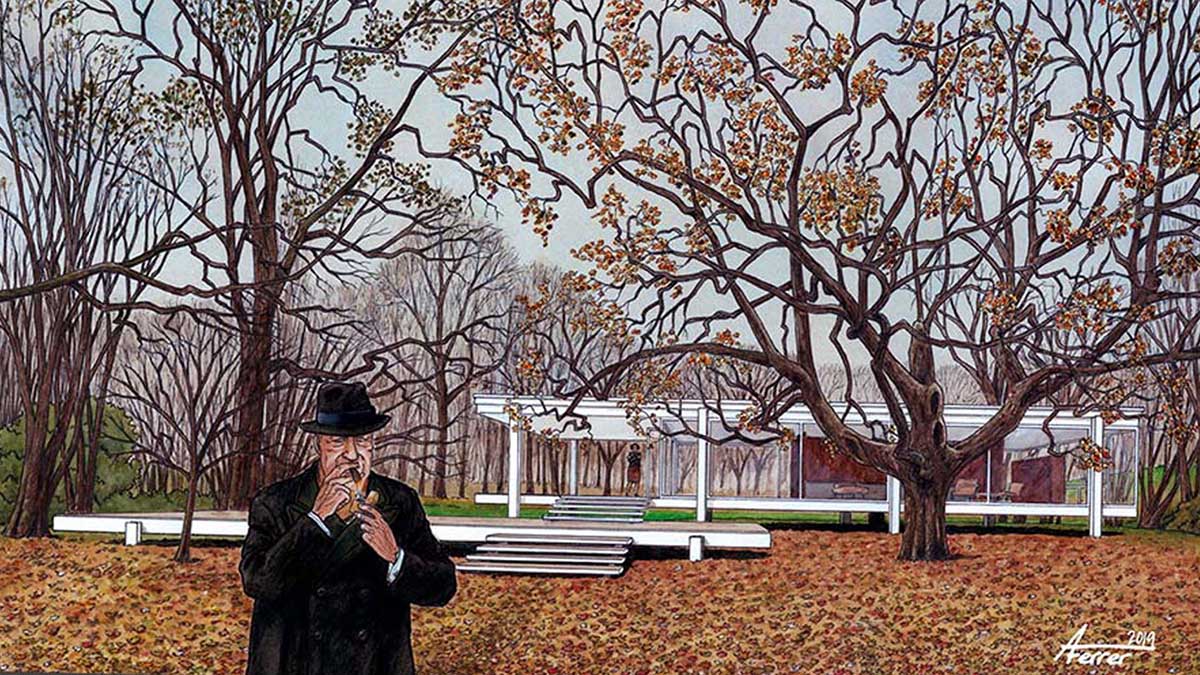 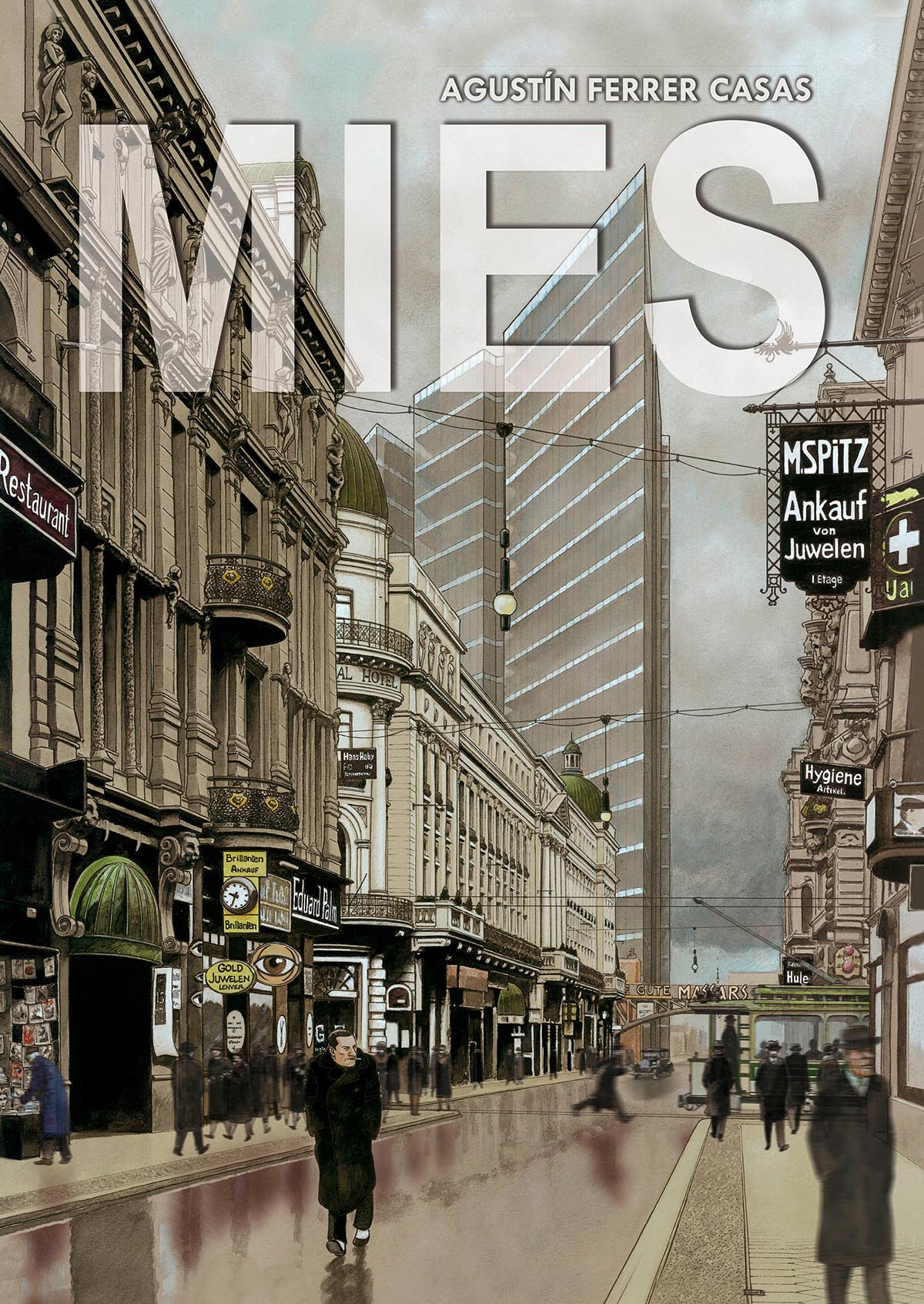 Cover of the book shows Mies' proposal for a skyscraper in the background from 1921.

Inspired by reading the article Mies van der Rohe: Menos es más by Anatxu Zabalbeascoa, the novel was born after a long process of research and documentation aimed at portraying the architect’s life as faithfully as possible, leaving space for a certain dramatization of all narrative fiction.

The aquarelas are not only at the service of the narrative but also convey the aesthetics of the moment and recreate buildings, monuments, designs and environments that take us back to the middle of the 20th century. 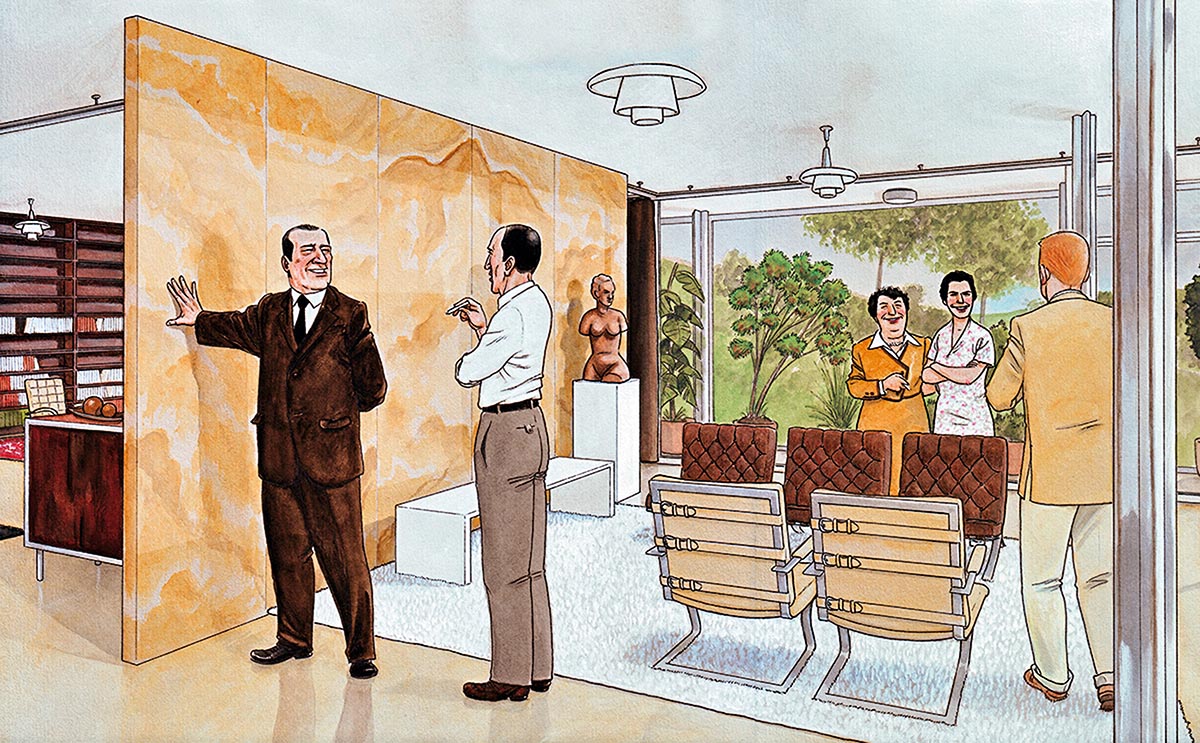 The release of the book coincides with three anniversaries in 2019: the 50th anniversary of his death, the 90 years of construction of the German Pavilion for the International Exhibition of Barcelona and the centenary of the creation of the Bauhaus school that he directed in his last stage. 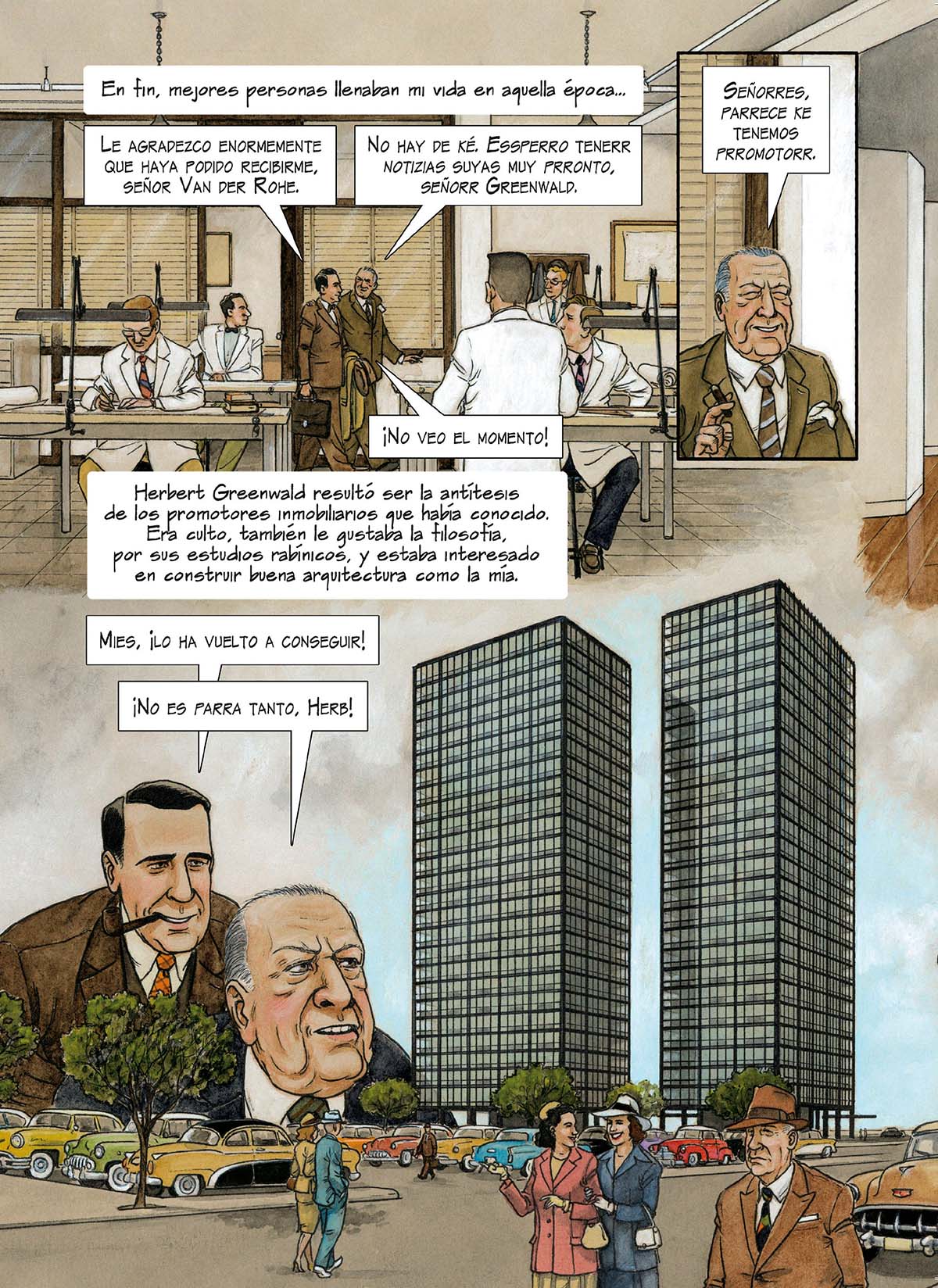 "In the course of the flight to West Berlin to attend the laying of the first stone of the New National Gallery, the famous architect Mies van der Rohe takes stock of his hazardous life with his grandson, the also architect Dirk Lohan," stated in a book presentation.

"Memories of the most convulsive times of the twentieth century in which projects, clients, partners, adversaries, friends, lovers are mixed... In short, a life marked by the ambition to build. But above all of them, the clear memory of a fact that can not be forgotten and that has always been kept secret." 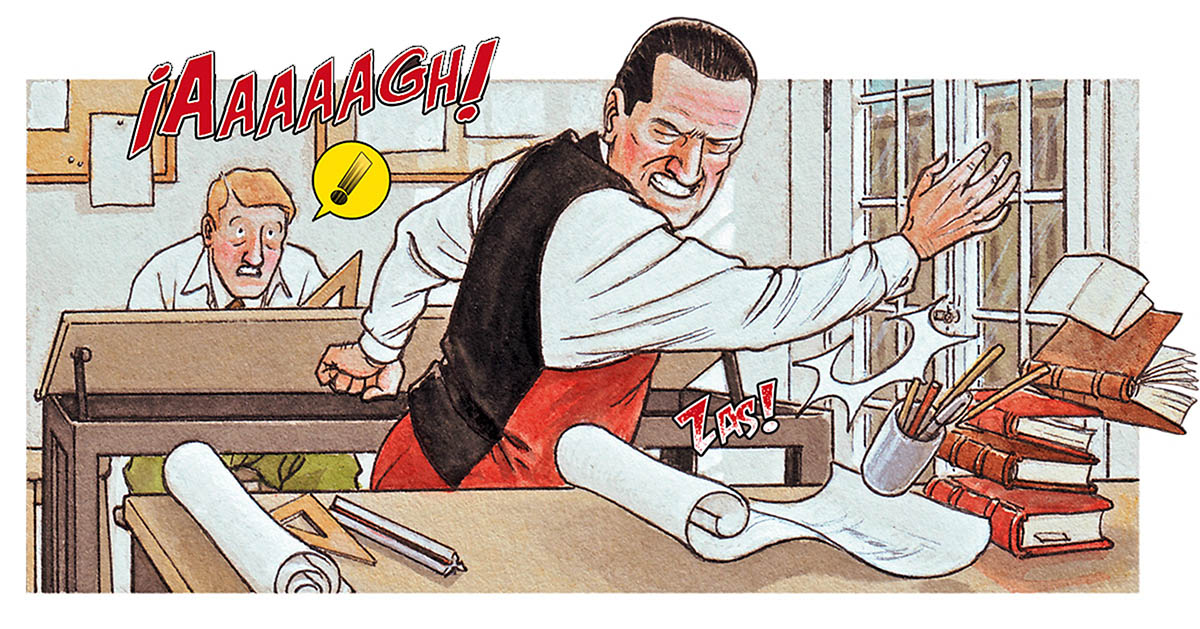 A short preview of the book can bee seen here and you can purchase the book for only €25.00 from here. Casas started to work on this project in 2015 and completed it this year.

"So, cold, you might think that this comic / graphic novel is a biography to use the architect. But it goes beyond. It is a fictional biography of his life, based on numerous writings by many other authors and Mies himself," said Agustín Ferrer Casas in his blogpost.

"And I say fiction because in this book I try to show not only part of his work but life, the personality of the architect. What made him a great architect and what he left behind in his ambition to build." 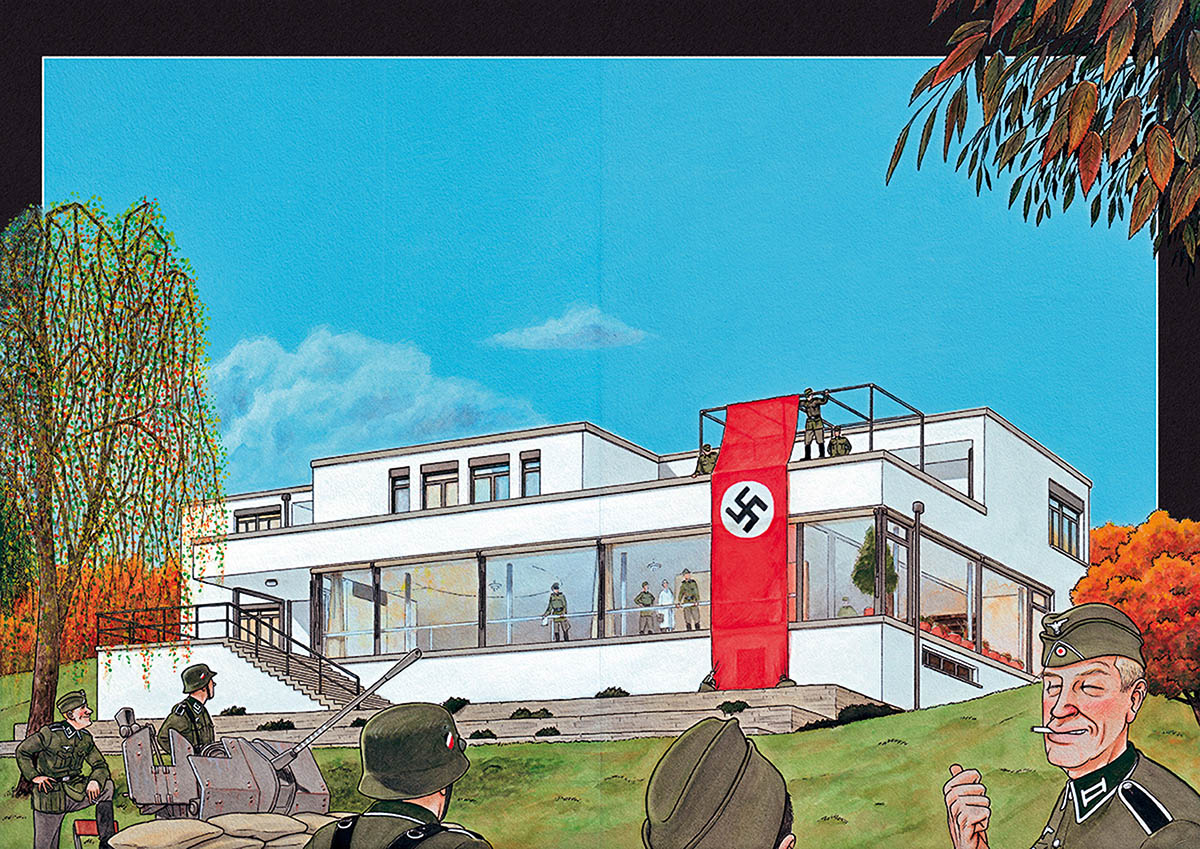 Mies' Villa Tugendhat showing that was occupied by Nazis.

Throughout illustrations, readers can find many projects and notable moments of Mies, including his life at the Bauhaus, fleeing Nazi Germany, and  his career in US city Chicago. Mies' entry proposal for a skyscraper from 1921, Mies' Villa Tugendhat in Brno from 1930, Barcelona Pavilion from 1929, Mies' Farnsworth House from 1951 built in Illinois. 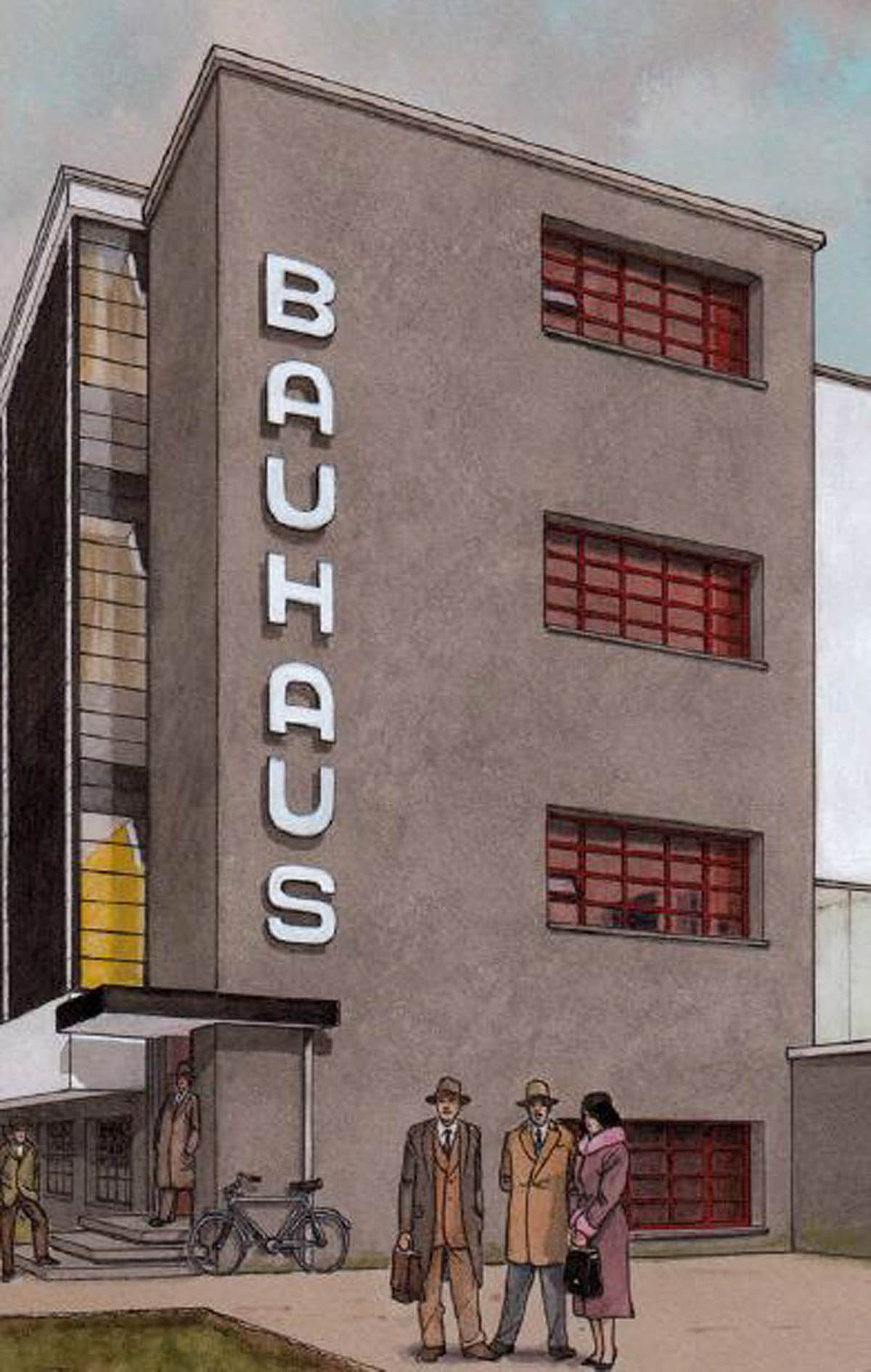 The Bauhaus school in Dessau was led by Mies, with Hannes Meyer and Walter Gropius.

The illustration shows the Bauhaus school was moved to Berlin for its final stages, before being closed in 1933, and was based within an old factory building. 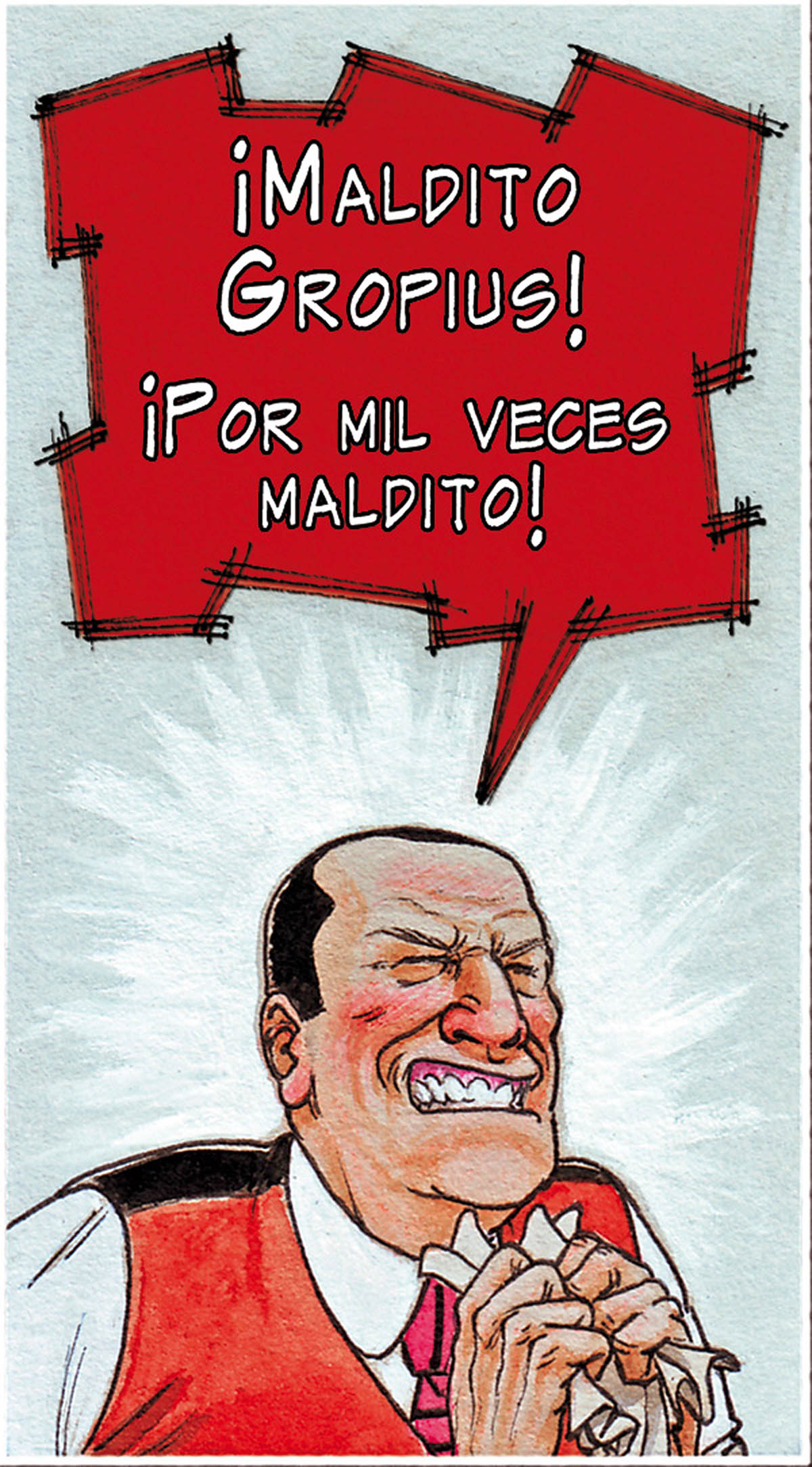 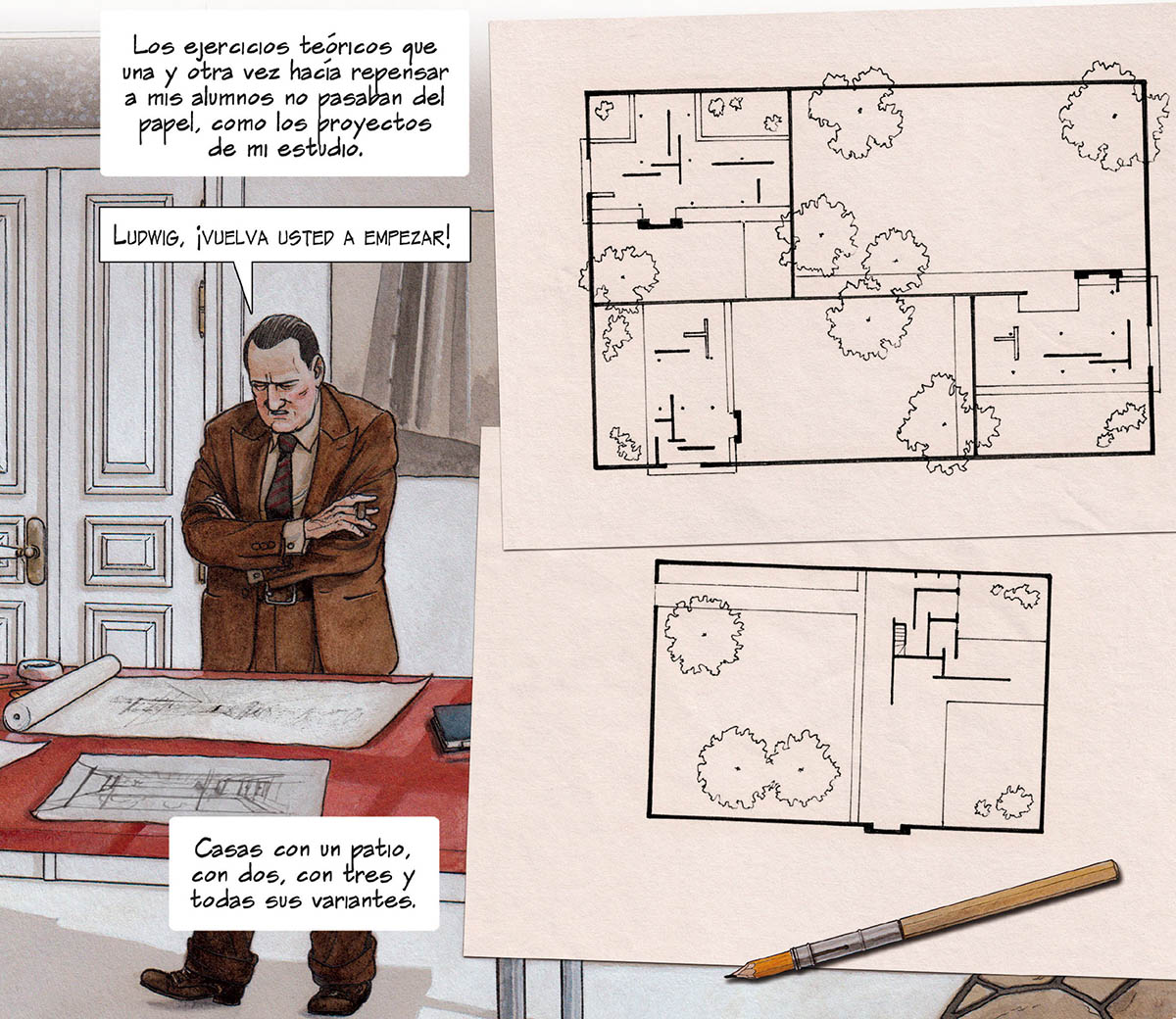 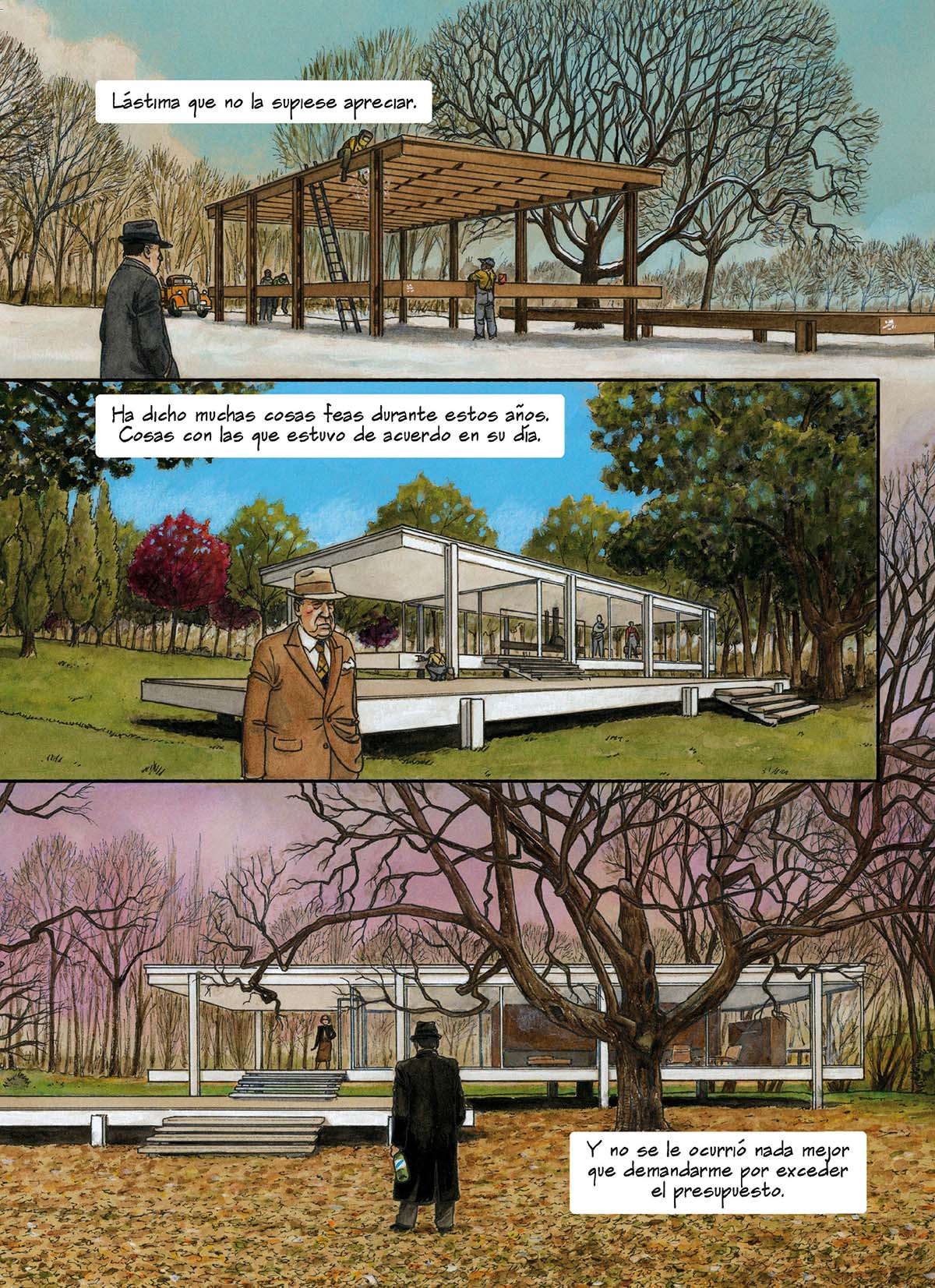 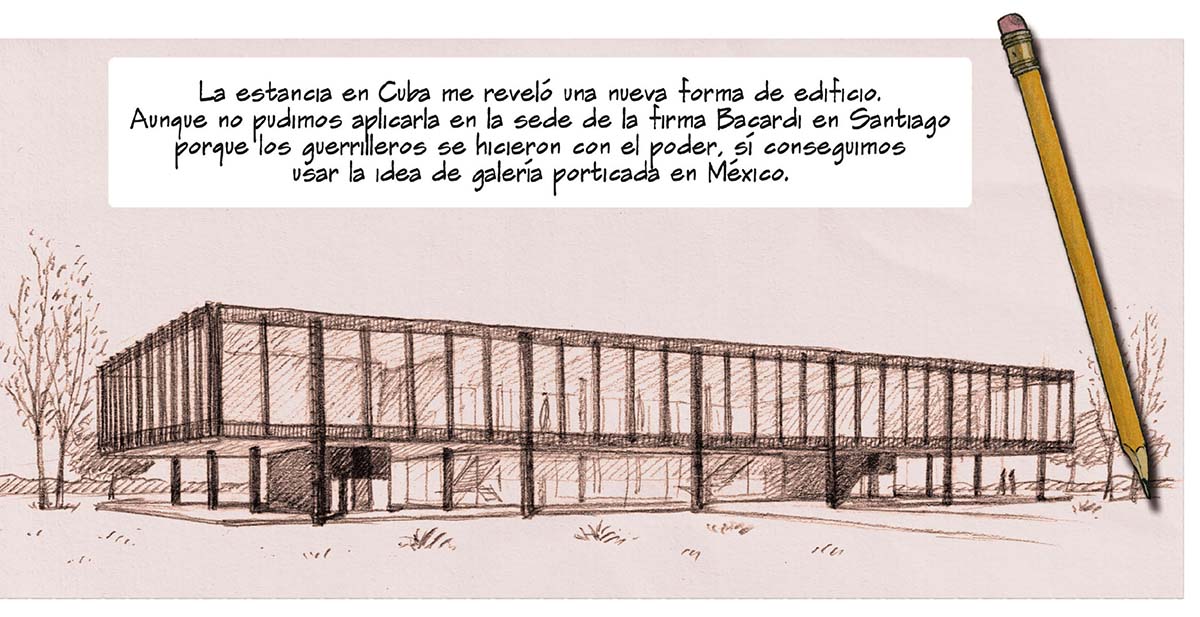 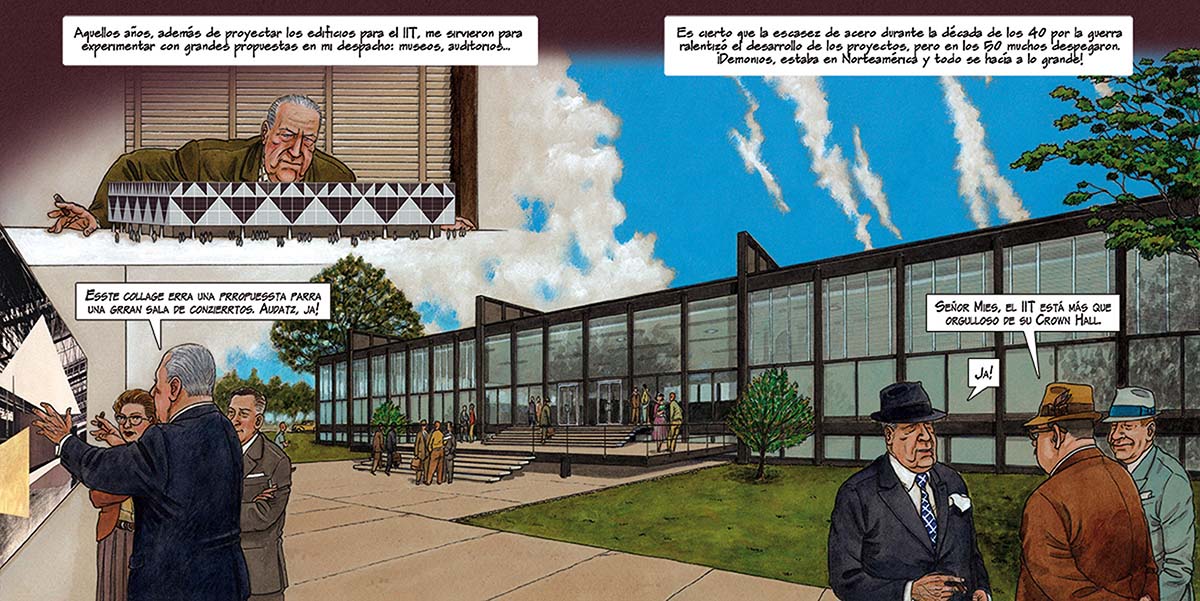 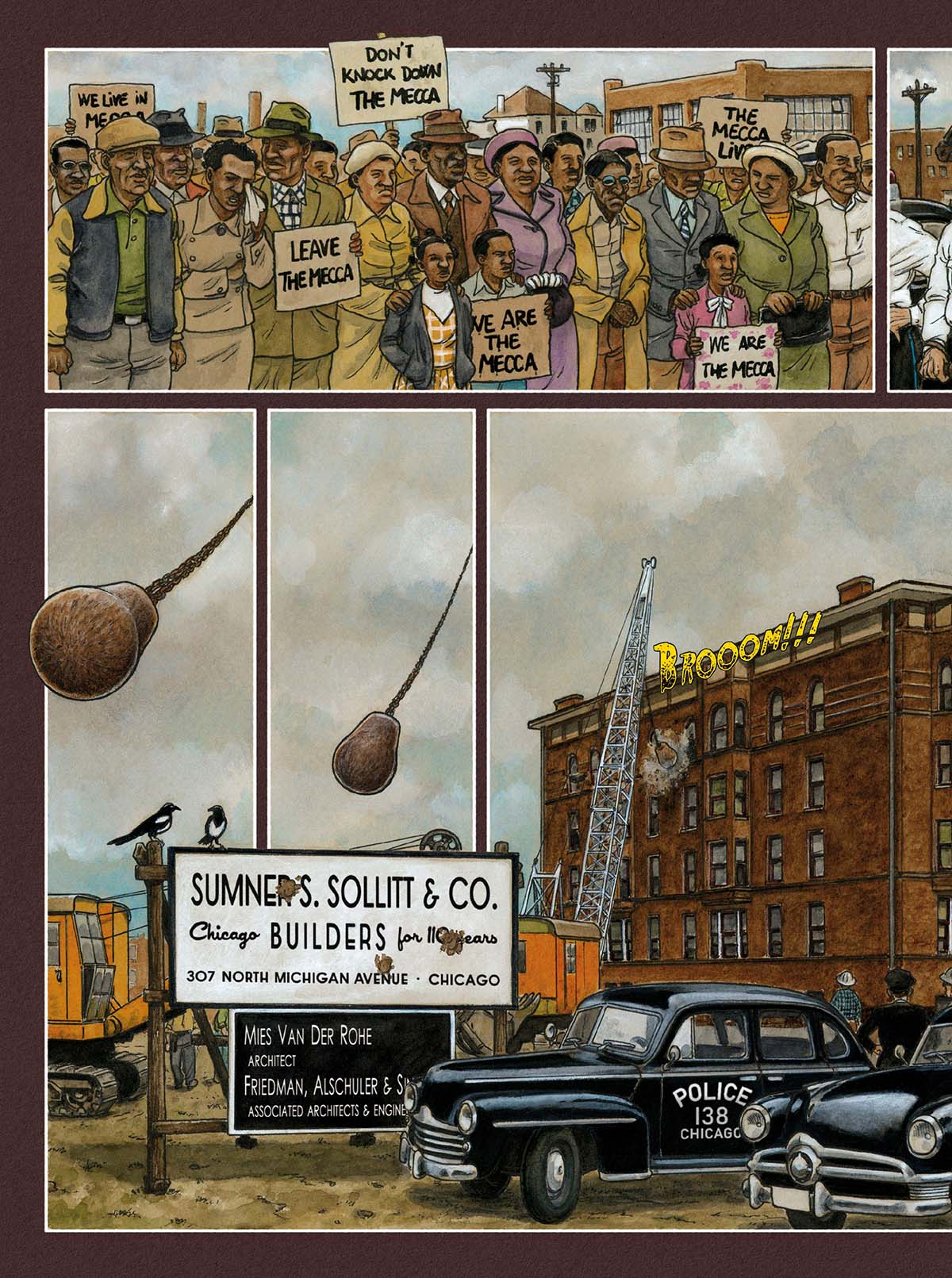 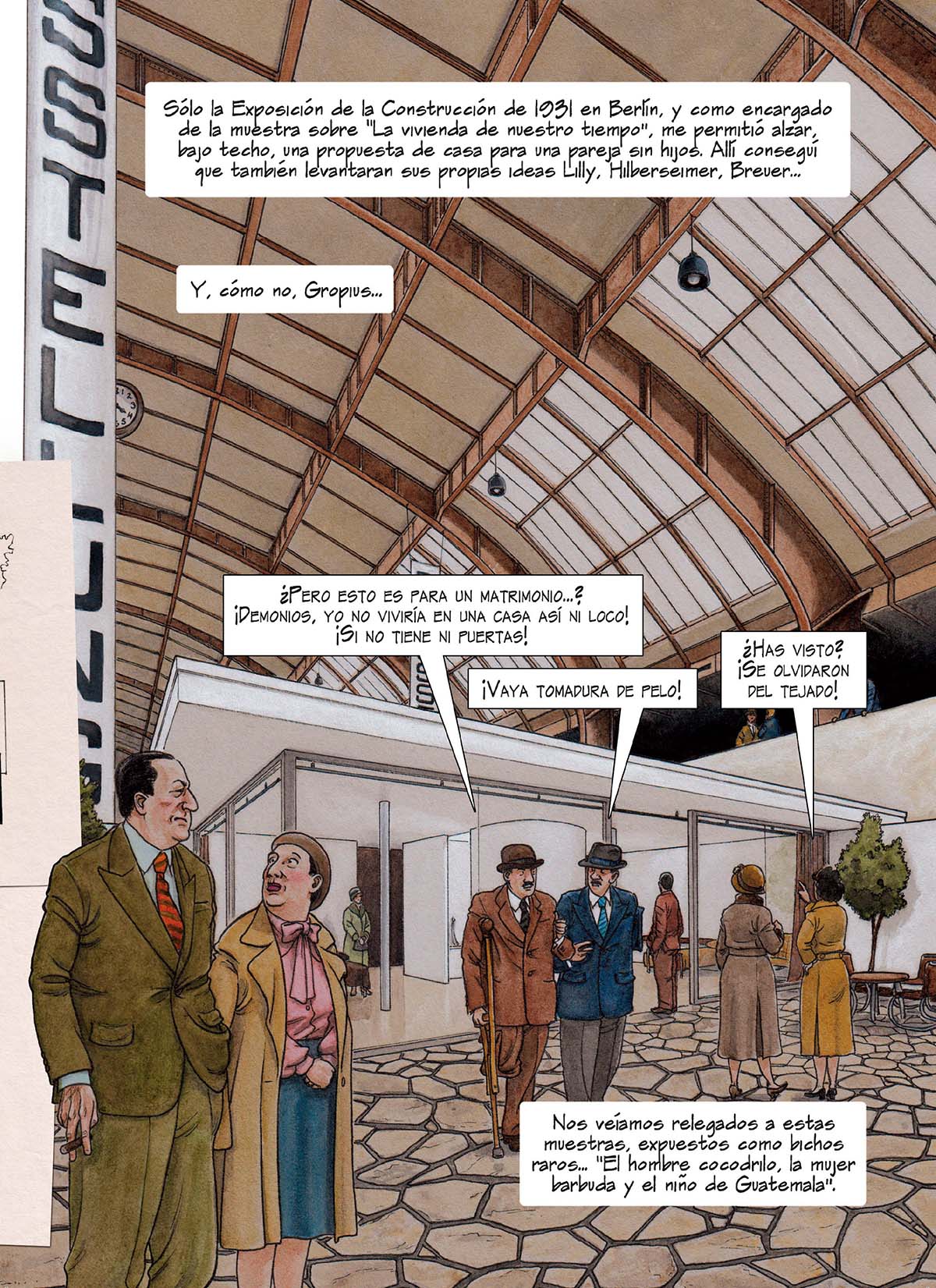 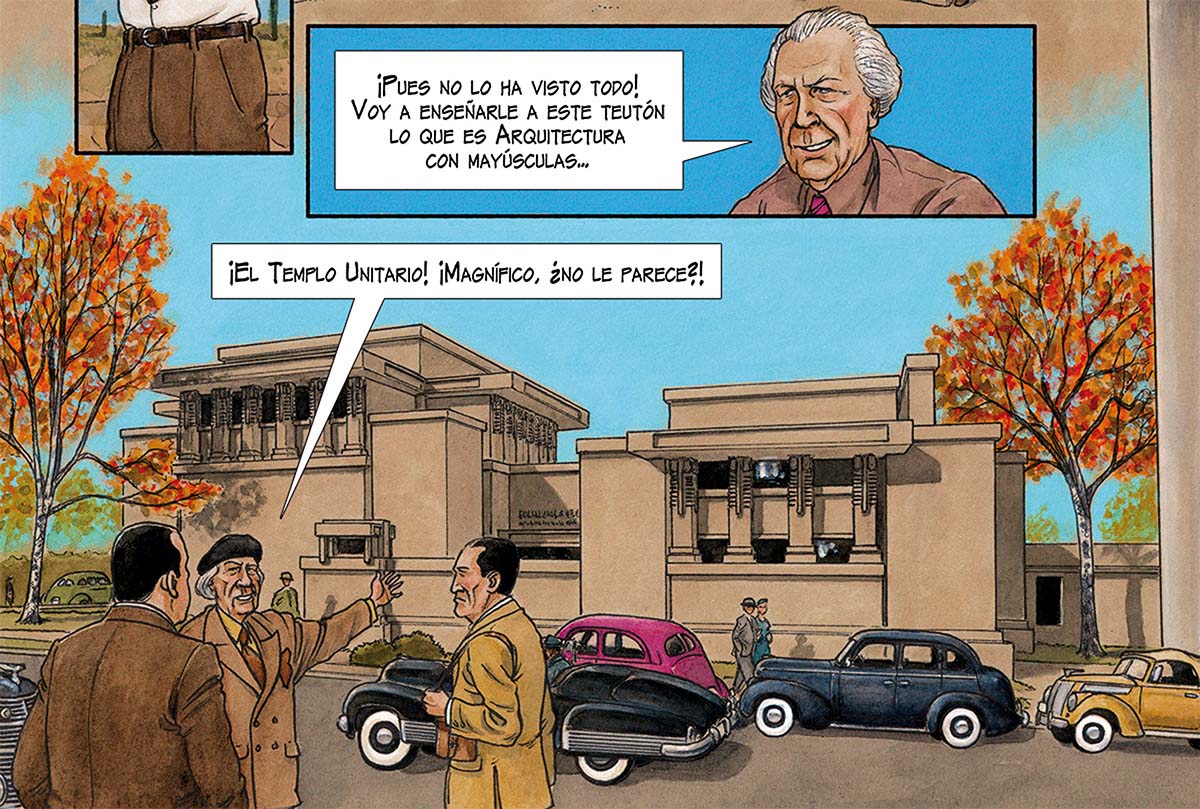 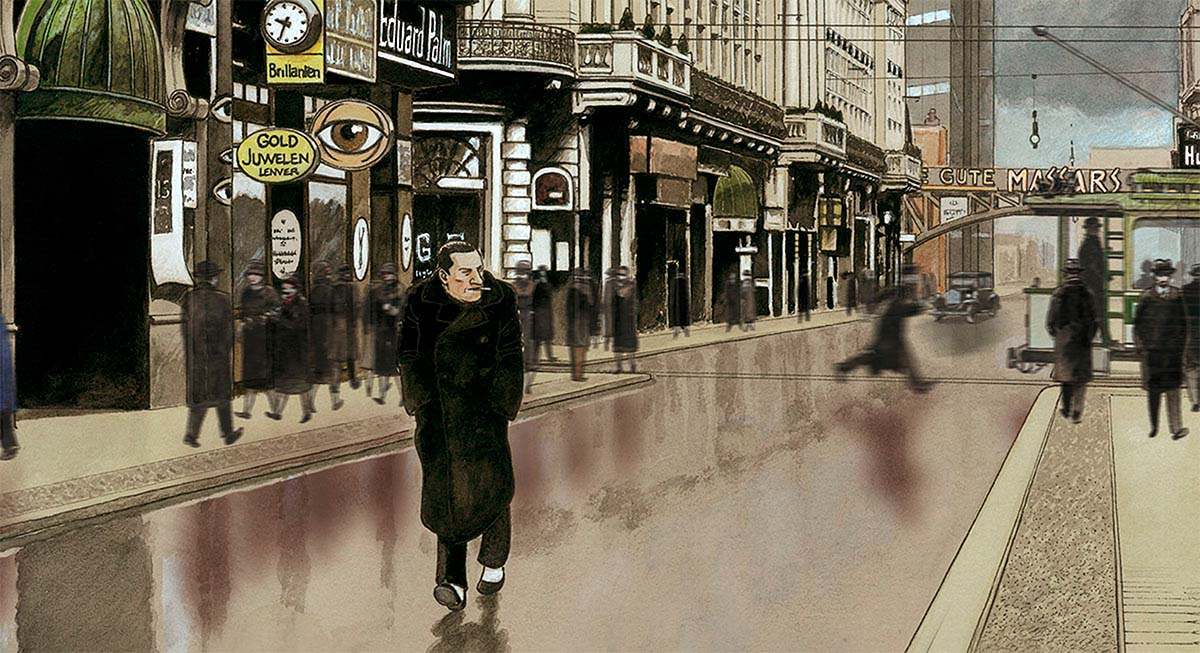 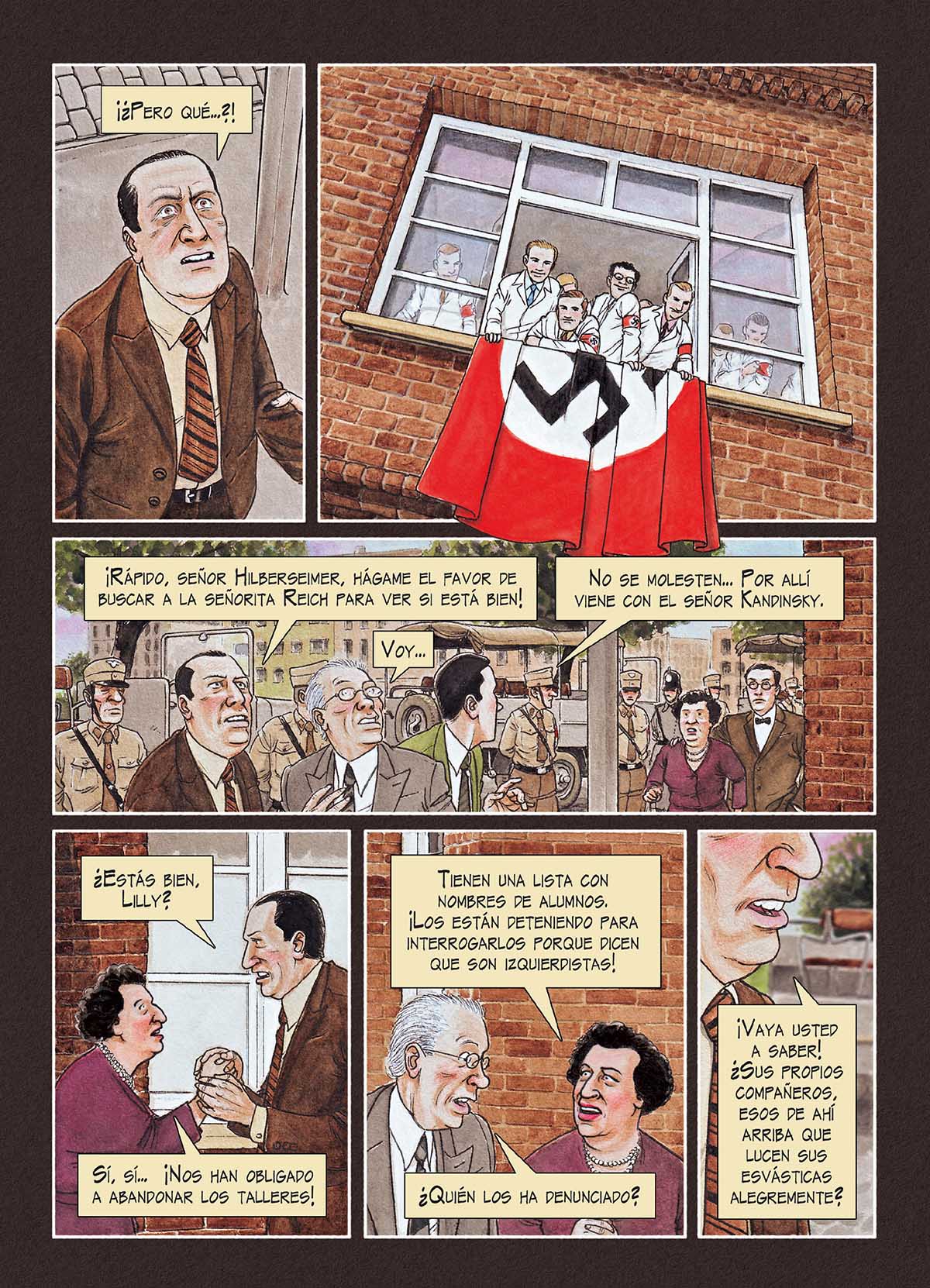 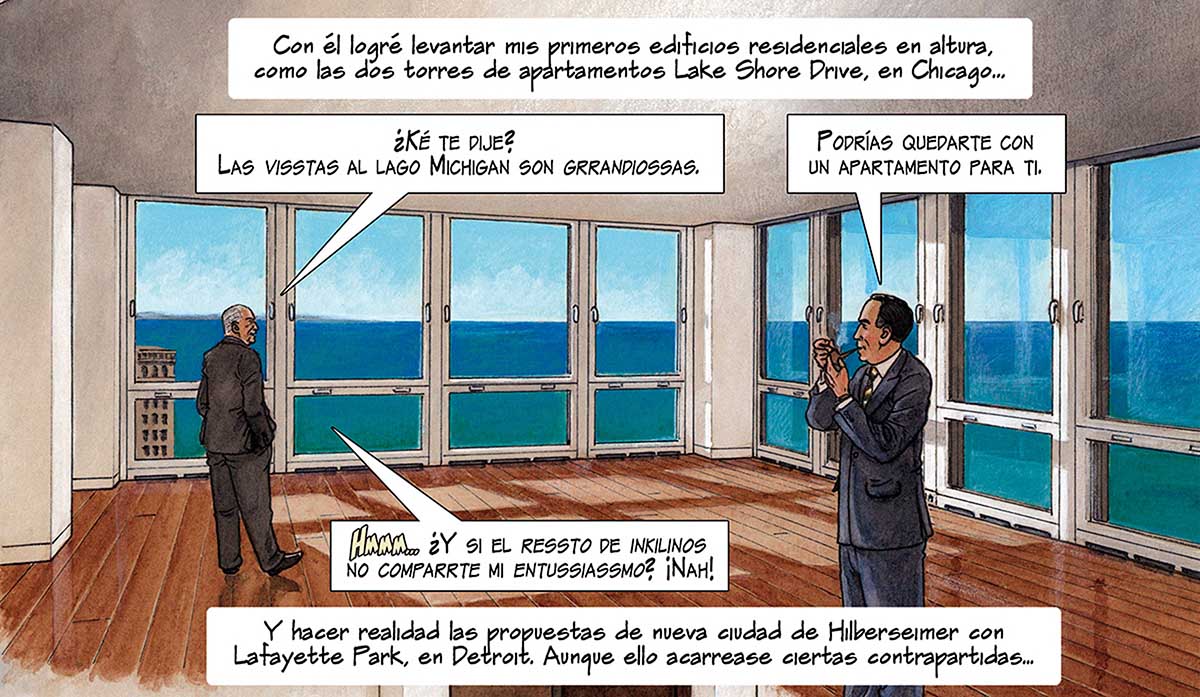 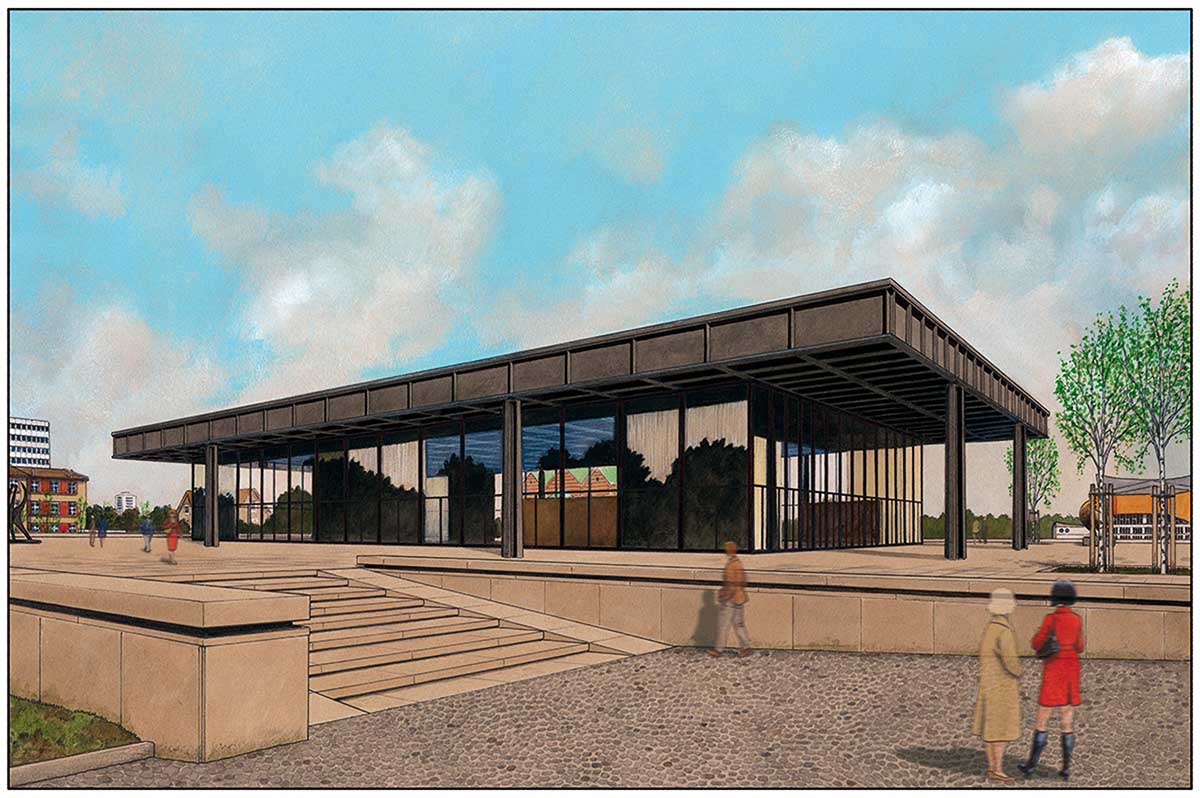 The architect worked closely with Le Corbusier and Walter Gropius, then he was appointed director of the Bauhaus in 1930 in Dessau. Then he was forced to close the school in 1933 due to the Nazi attacks and a perpetual turmoil.