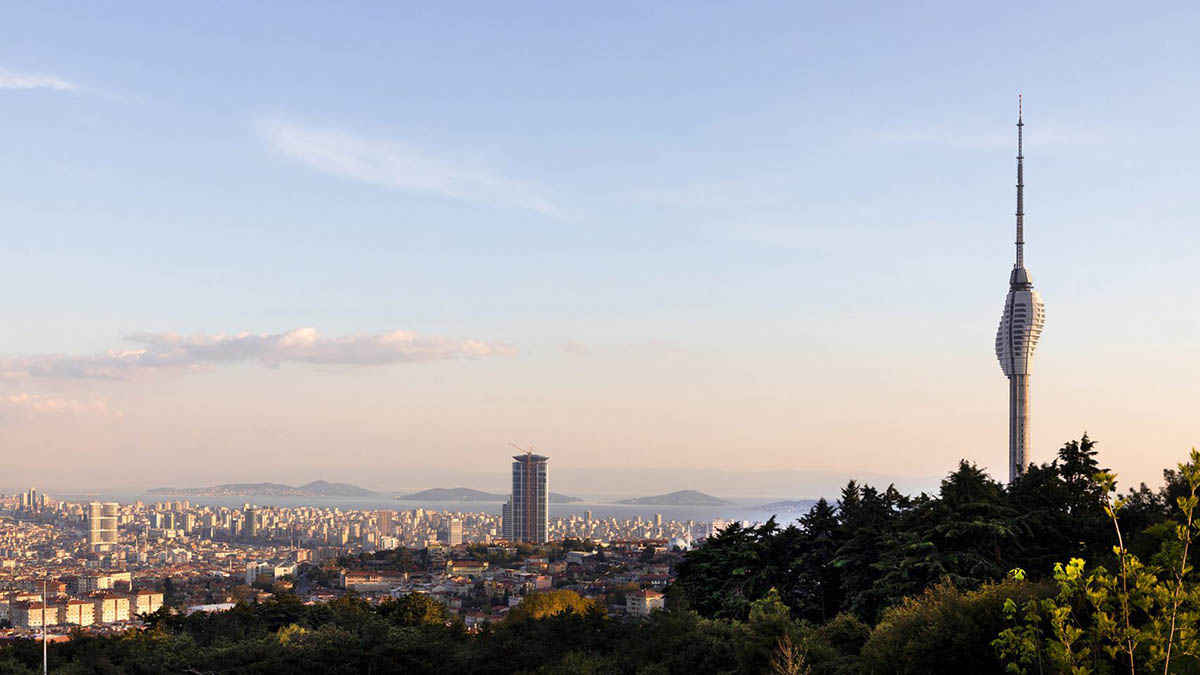 Melike Altınışık Architects’ hotly anticipated iconic tower is nearing completion in Istanbul, Turkey – the 369-meter-tall new telecommunications tower will be a new landmark that marks the city from afar.

Named Istanbul TV and Radio Tower, it will be a powerful element with its futuristic form and embodiment that blends in the city’s skyline. The tower will replace several outdated structures currently in use and will combine an estimated 125 broadcasting transmitters in one structure.

The tower will house two-story restaurant and observation deck overlooking views of Istanbul, from Asia to Europe. A public foyer, cafe, exhibition and media-tech areas are designed inside the podium, which is transformed by the existing park walkway in Küçük Çamlıca Grove. 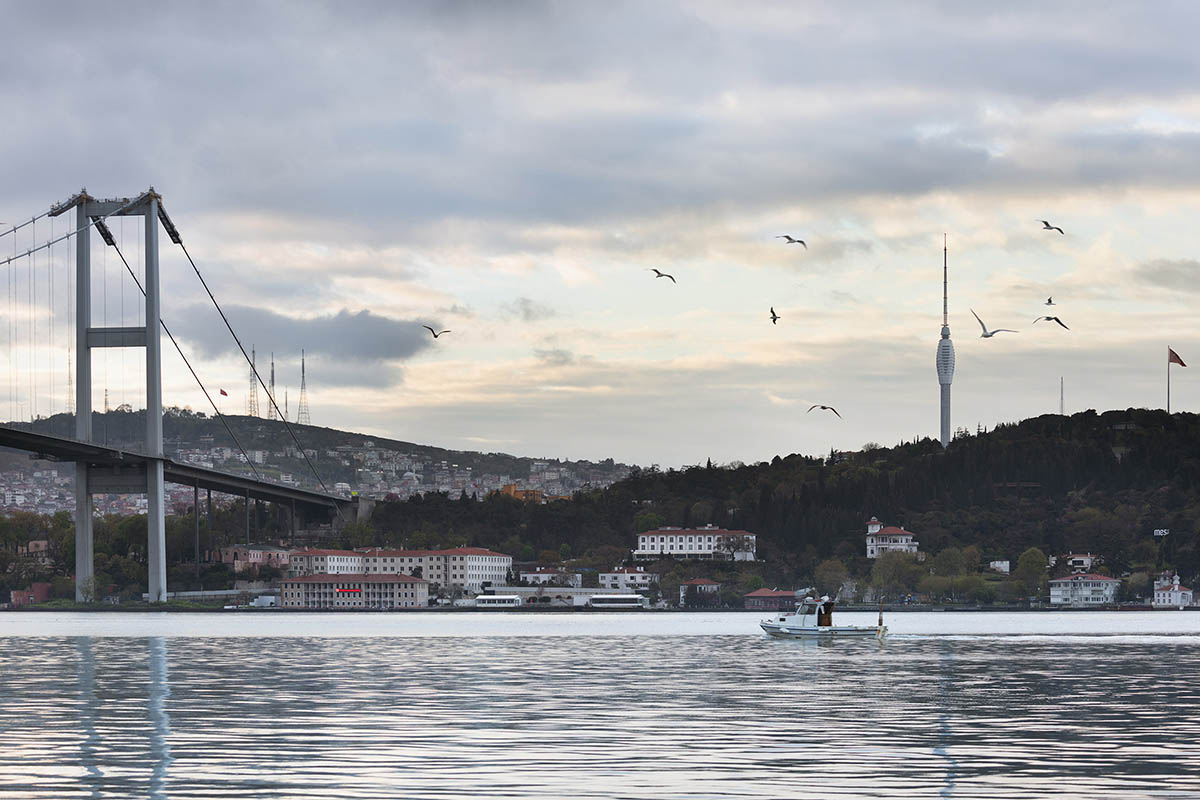 The recent photographs, captured by NAARO, show the overall form of the tower from different perspectives from the city, presenting that how the tower seeks a sense of motion and rhtym within its silhouette that changes when viewed from different directions around Istanbul.

Melike Altınışık Architects, recently behind the project of the world’s first pioneer Robot Science Museum in Seoul, won the competition to design a telecommunications tower for the Ministry of Transportation and Communication and construction started in 2016 and expected to be completed later this year.

Altınışık’s design combines mathematical applications with the form to create this elegance and innovative concept that allows inhabitable spaces to be attached to the whole of the tower's core. The project aims to symbolize the growth of the megacity of Istanbul. 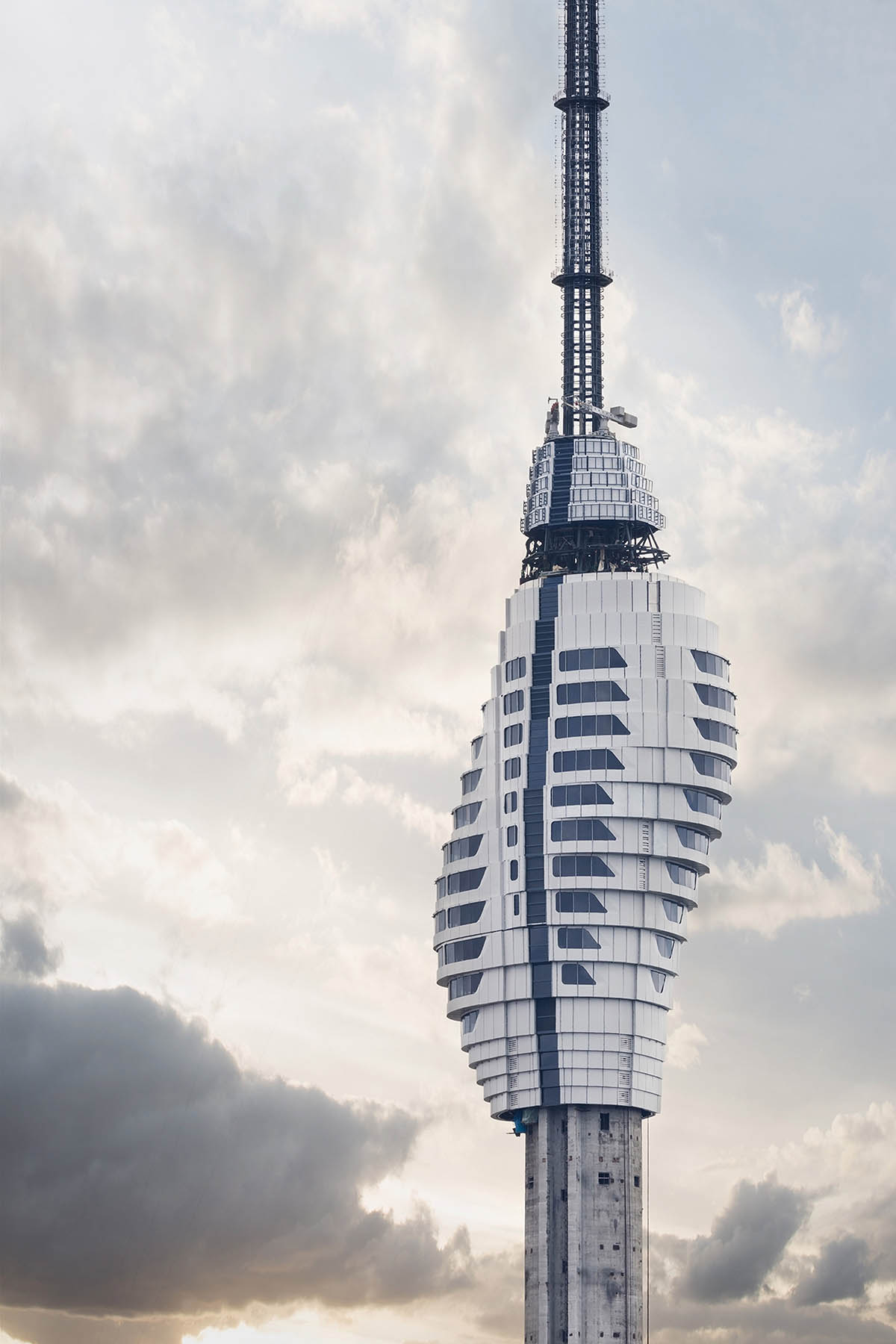 The observation deck is comprised of an ascending form that features leveled surfaces upwards looking out over the Bosphorus Strait. The 13-level observation deck will feature 360-degree views over the city. The panorama elevators, which rising on both sides of the building, are designed as architectural elements that feed and divide the monolithic body.

The observation decks will sit at 148 and 153 metres, while the restaurant will host dinners at 180 and 175 metres in the air. The tower has been topped with 145-meter steel mast supported by a 203-meter concrete core, which, as of early April, has reached the total height of 369 meters of construction (589 meters above sea level).

"While wind testing was employed to confirm the monumental structure’s overall stability, it was also used to develop the unique facade design and optimize how the load of the building envelope would act on the concrete core," said Melike Altınışık Architects.

The engineered facade of thee tower not only provides structural optimization but allows for inhabitable space to radiate around the tower’s central concrete core. "In this unique tower, which requires advanced engineering techniques both in terms of architectural design and construction methodology, all the design features, architectural planning and material selections were made considering these processes," added the studio.

When completed, the new landmark structure is expected to draw an estimated 4.5 million visitors annually with the official opening slated for late 2019.

Melike Altınışık Architects, based in Istanbul, develops innovative and visionary projects, ranging from architecture and urban design to interiors as well as installations and product design.

The firm is led by Melike Altınışık, who is known with her computational design approach to create a generative process on innovative concepts.