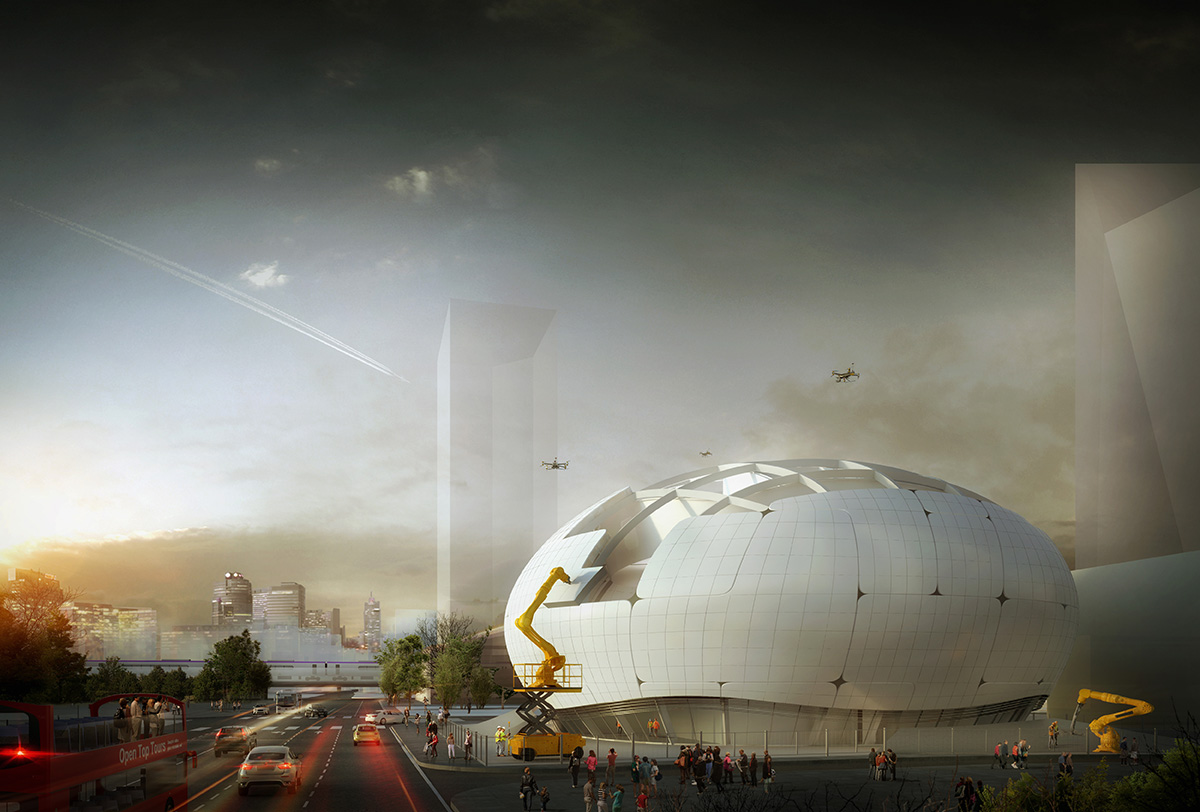 MAA, led by Melike Altınışık is behind the project "Istanbul's futuristic 369 meter-tall TV and Radio Tower", which is currently under construction and expected to be completed in 2019. 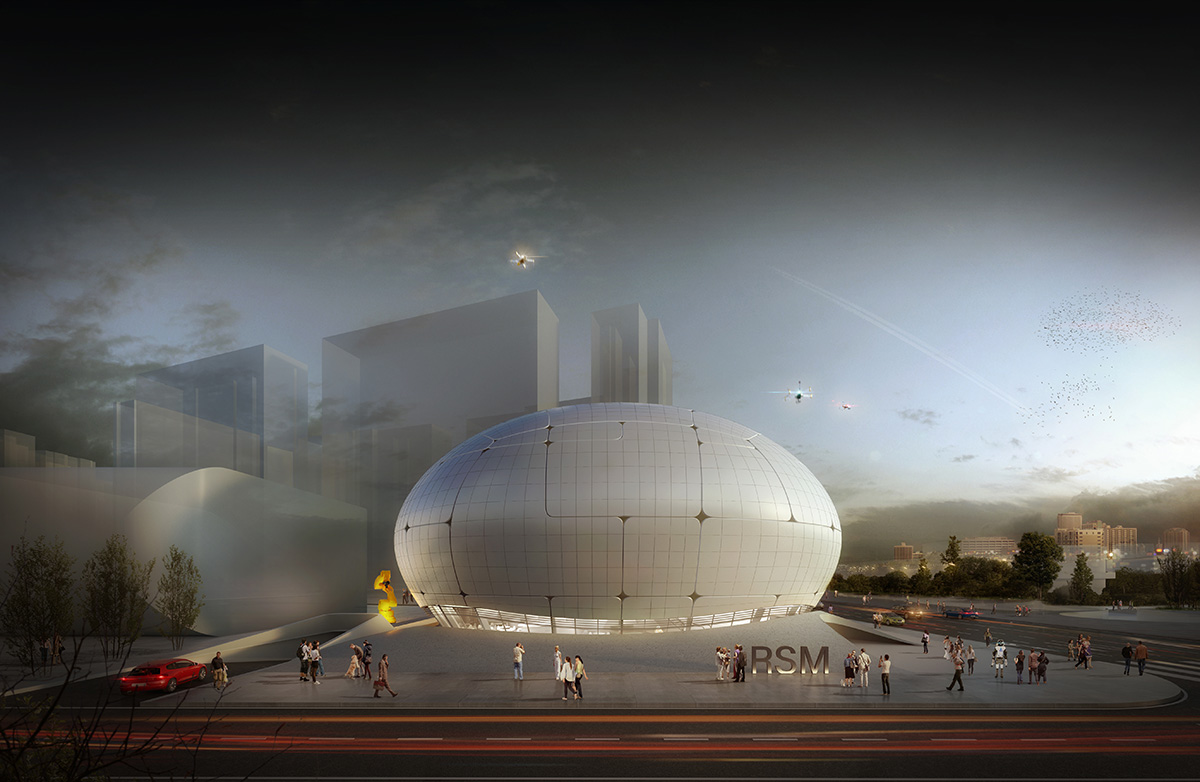 MAA's design scheme will follow the data-driven approach to build the elliptic-shaped Robot Science Museum. The competition was hosted by The Seoul Metropolitan Government and called for the ideas to design world’s first pioneer Robot Science Museum (RSM) to support public education in robotics and increase the public knowledge and interests in robots.

RSM will be one of the buildings in the center of the renovation area - called "the Changbai New Economic Center" - which will be a Cultural Center for Chang-dong in the northern part of Seoul and will be linked to the Photographic Art Museum (PAM), just adjacent to the new Robot Science Museum (RSM).

"The new Robot Science Museum (RSM) which plays a catalytic role in advancing and promoting science, technology, and innovation throughout society is not only going to exhibit robots but actually from design, manufacturing to construction and services robots will be in charge," said Melike Altınışık, Principal of MAA.

"In other words, RSM will start its ‘first exhibition’ with ‘its own construction’ by robots on site," she added.

"This representative and semantic role to be undertaken from design to construction area as important as meeting the functional requirements at the highest level for the museum," described in MAA's project statement. 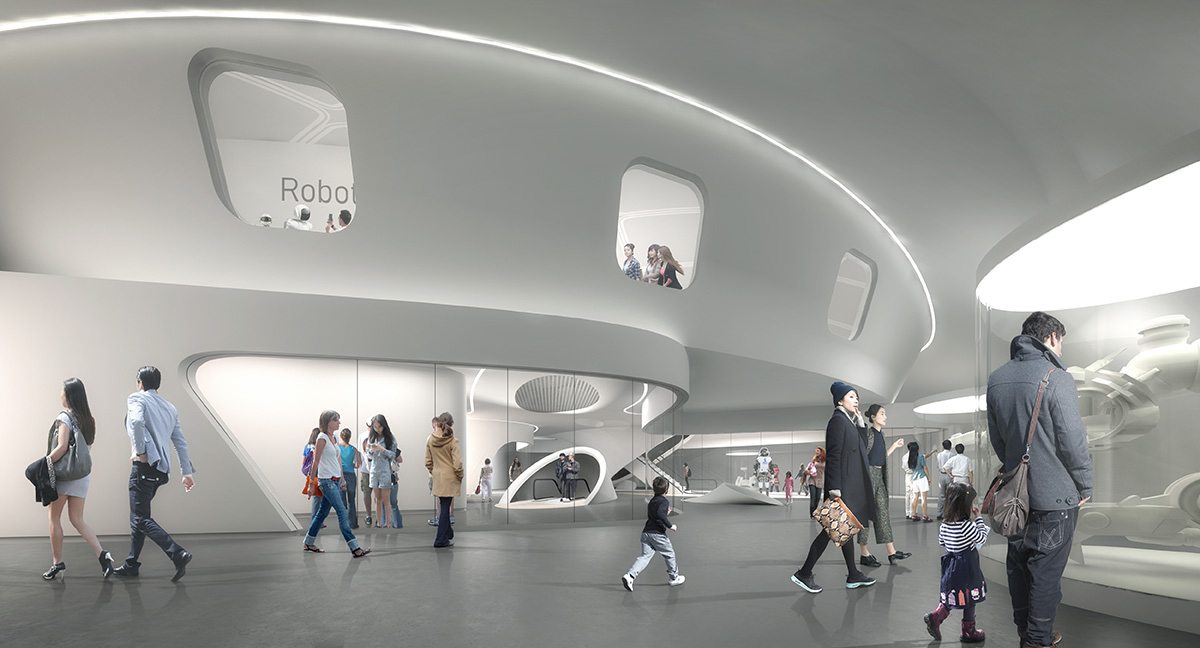 Considering the universality of science and technology, prioritizing the advanced architectural design solutions for such a pioneering museum with a subject of innovation and robots gains a special meaning. In other words, From design to form generation, from structural design to the material, buildings designed in this manner must manifest robots, science, technology, and innovation.

The main character of the museum is aimed to create its own universe for the robots and their visitors, a sphere like non-directional, fluid and natural form is preferred instead of rigid geometry and orthogonal forms. This form language, beyond the semantic aspect, is a design tool for meeting functional requirements and conditions of spatial comfort and building physics, creates a wide range of possibilities for connection with urban orientation and public spaces within its non-directional form generation.

The fluid morph of building surface serves for purposes such as involving public space to interior, meeting and organizing pedestrian and vehicle movement, and creating in-between spaces. The functions on the ground floor of the building provide continuum and interaction between public outdoor spaces and indoor spaces. The people in public space between the PAM and RSM are directly faced with the scientific, technologic and innovative mission of the museum.

The robot science museum will serve as a base for spreading the science culture by providing opportunities to experience the latest robotics technology such as artificial intelligence, virtual and augmented reality, hologram, and running an in-depth training course to explore new robots.

"The design proposal for Robot Science Museum is focused on developing an architectural language through the use of contemporary fabrication technologies and robotic construction methodologies," the firm added.

These design and construction methodologies ideally would allow a rich exchange of relations between its robots in construction, robots in service, robots exhibited and their visitors. Such as a team of robots will assemble the museum's curved metal facade, while saving time and money. The construction of the building will be led by using Building Information Modeling (BIM) system, they will mold, assemble, weld and polish the metal plates. Another team of robots will implement 3D-print concrete for the surrounding landscape.

"In order to maximize the convenience of the users, we will set up a planning team and a management consulting team in advance to reflect opinions in the design and construction process during the period of architectural design plan," said a city official.

The new Robot Museum is expected to start its first exhibition on site in early 2020 and is expected to be completed with the official opening slated for late 2022. After the opening, it operates as a branch system of the Seoul Metropolitan Museum. 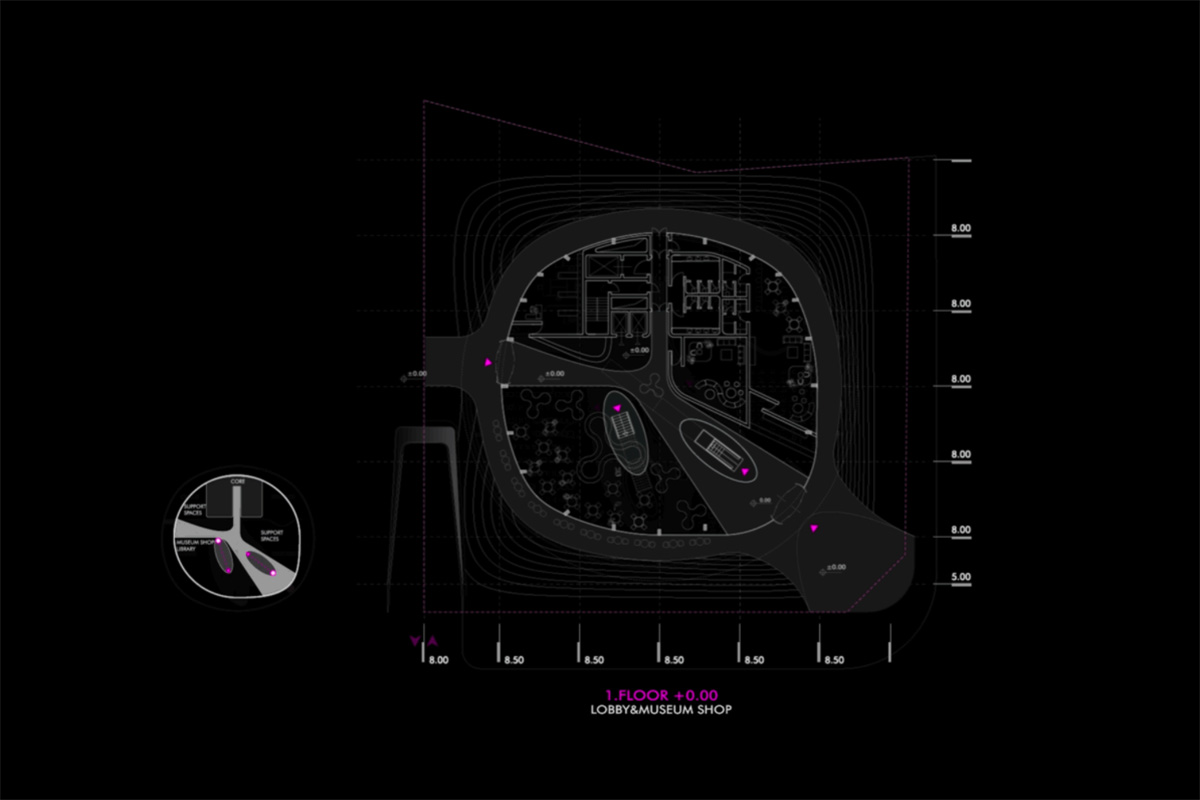 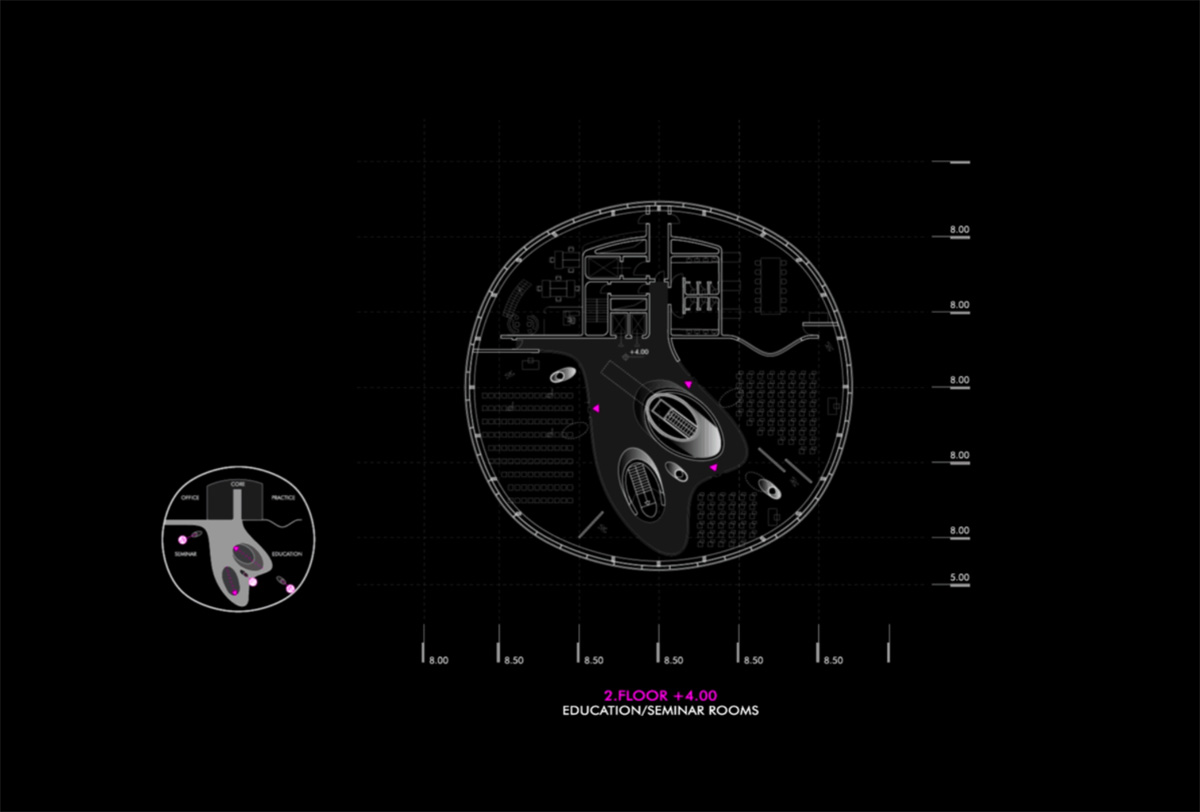 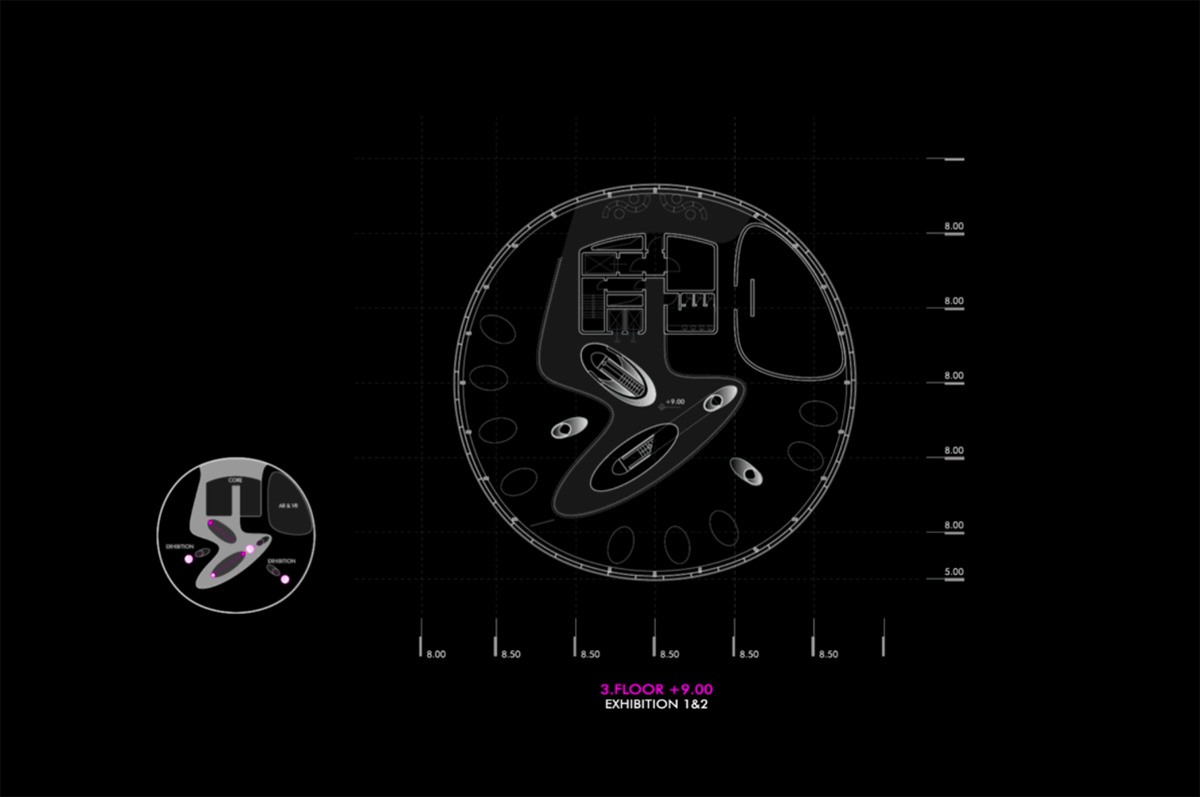 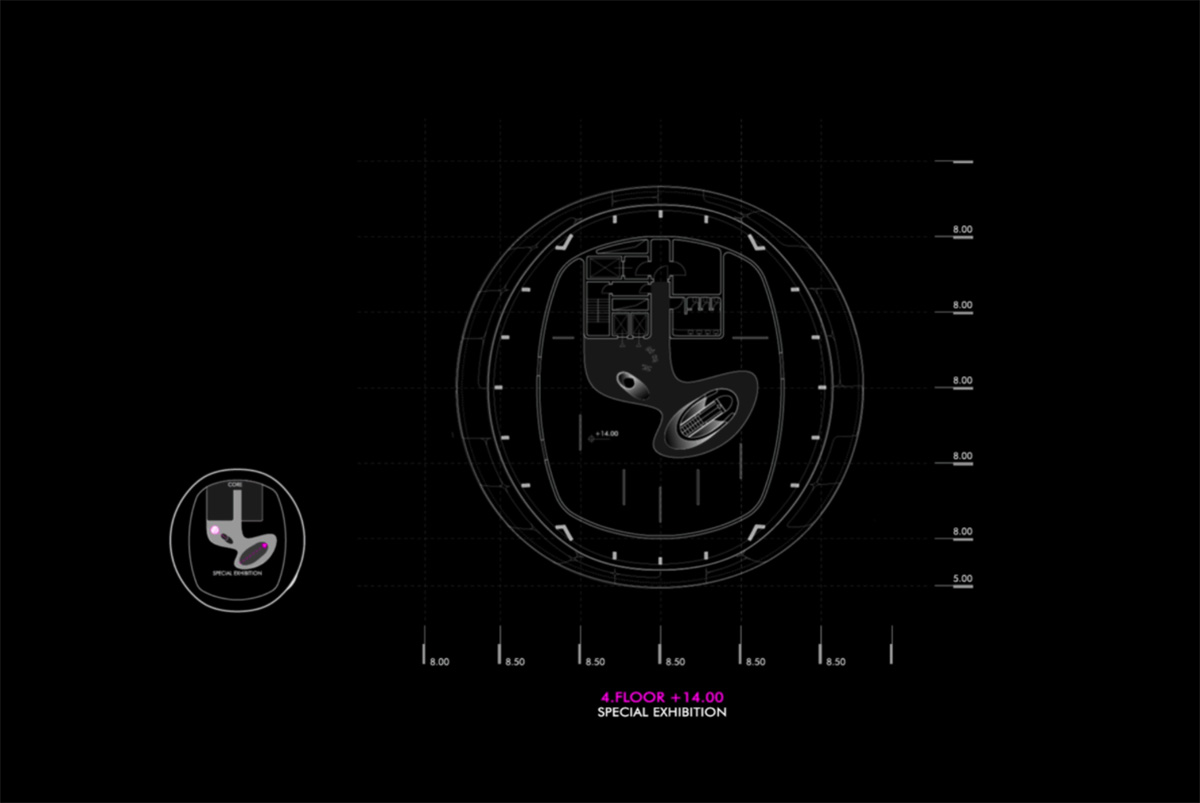 All images courtesy of MAA